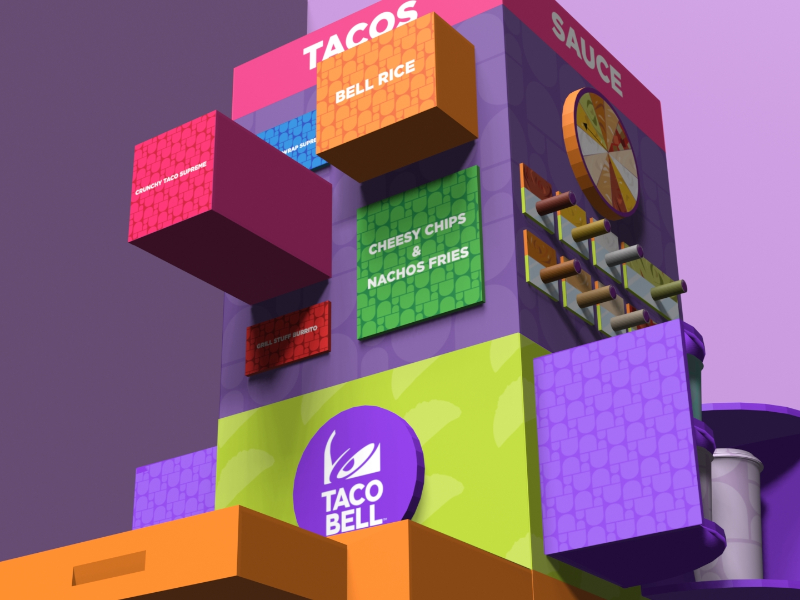 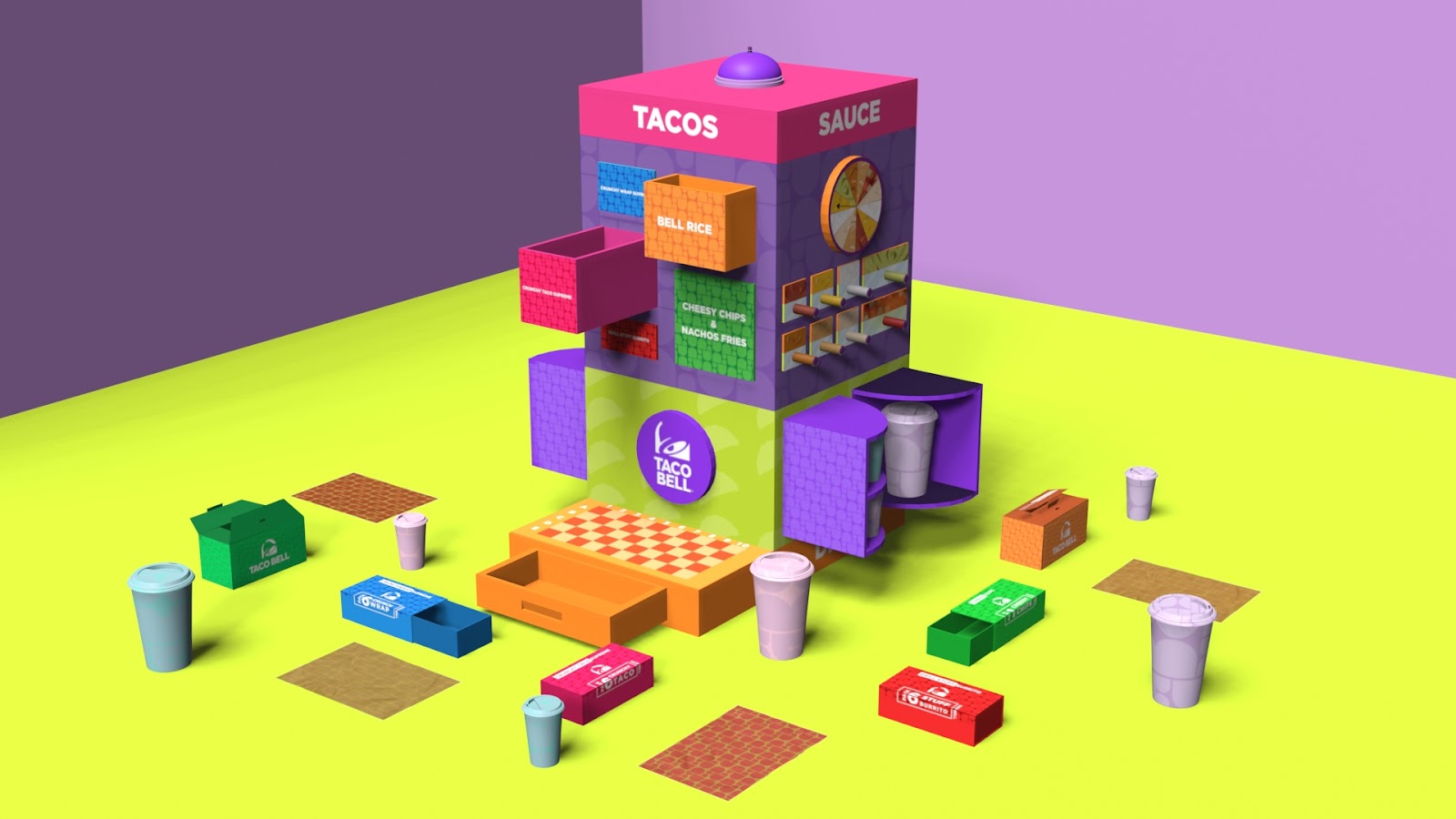 The Taco Bell: Family Signature is a project made mandatory to fulfill our midterm exam assignment in the packaging design course at Multimedia Nusantara University. The theme of this project is togetherness through Taco Bell, where Taco Bell itself is a fast food restaurant from California, U.S., which offers Mexican-inspired food. This Taco Bell repackaging project was created with the innovation of a unique and superlative idea by designing the packaging to have a balance between packaging that can protect the food, and offering a fun game concept so that a sense of family and togetherness can be felt through Taco Bell packaging. With the word “bell” on Taco Bell, we also had the idea to add a bell element to the game, so that it could further highlight the distinctive side of Taco Bell itself. In the package, 3 different games are provided, along with an additional spinner as a punishment or dare when you lose a game. The spinner contains a selection of the types of sauces available and is rotated randomly to choose which type of sauce will be served on top of the Taco Bell food. Basically, the games provided are in 2 types, namely board games (Taco boat) and card games (memory games and truth or dare). The game was chosen because it can be played in a fun way and together with 2 or more people, so it fits the repackaging concept. In addition, all packaging is contained a supergraphic that supports the characteristics of Taco bell. In the taco bell packaging, 6 types of food are provided; crunch wrap supreme, crunchy taco supreme, grill stuff burrito, bell rice, cheesy chips, and nachos fries.

In the primary packaging, there’s paper wrap to wrap the crunch wraps, tacos, and burritos. While in the secondary packaging, it carries the form of a sliding box with a slightly thick cardboard material. Display packaging as a packaging that is the main key in this repackaging will be made in the form of blocks that stand vertically with Polyvinyl Chloride (PVC) material which is a plastic material that, although cheap and tends to be light, PVC is known as a strong and durable material, so that can be used repeatedly. The concept of the food is a refill system when the food in the primary and secondary packaging has run out or you want to play this taco bell game again. The taco bell display packaging has 4 main parts. At the top, there is a drawer that contains card games. The second is a place to store food, a small drawer that contains sauces that can be squeezed so that the sauce automatically dispenses, a spinner, as well as various information about the game and Taco Bell itself. In the third section, there is a place to put drinks, which can be opened as a 4-sided door. And at the very bottom, there’s a board that can be pulled out to open the Taco boat board game.

What’s Unique?
The uniqueness of the packaging Taco Bell: family signature is there’re various types of games that can be played together, as well as the addition of a bell as a characteristic of Taco Bell itself. On the other hand, the shape of the packaging is like a stack which at the valve or doors can be opened up, down, forward, or sideways, so that it becomes a special attraction and features when interacting with the packaging. 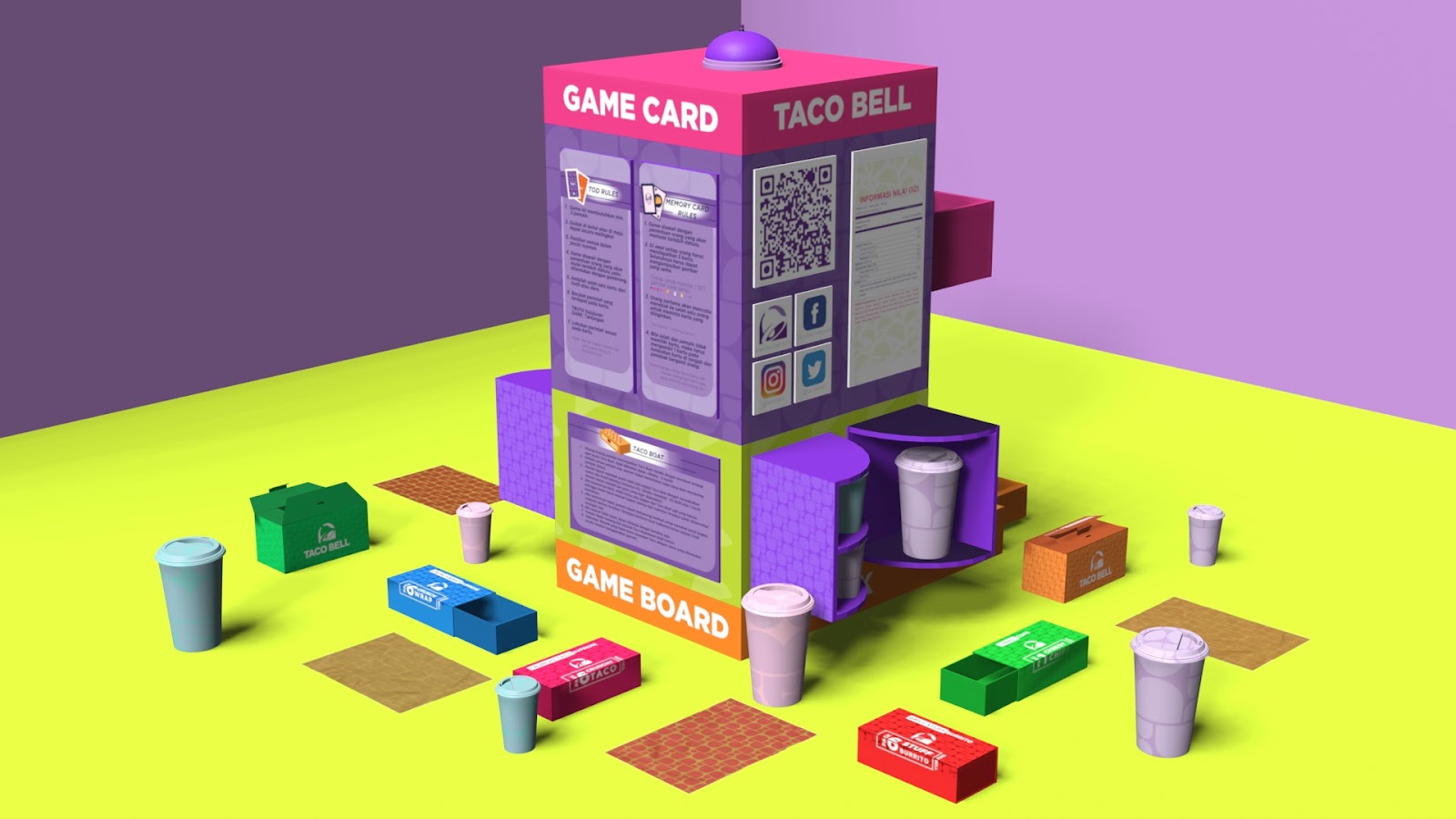 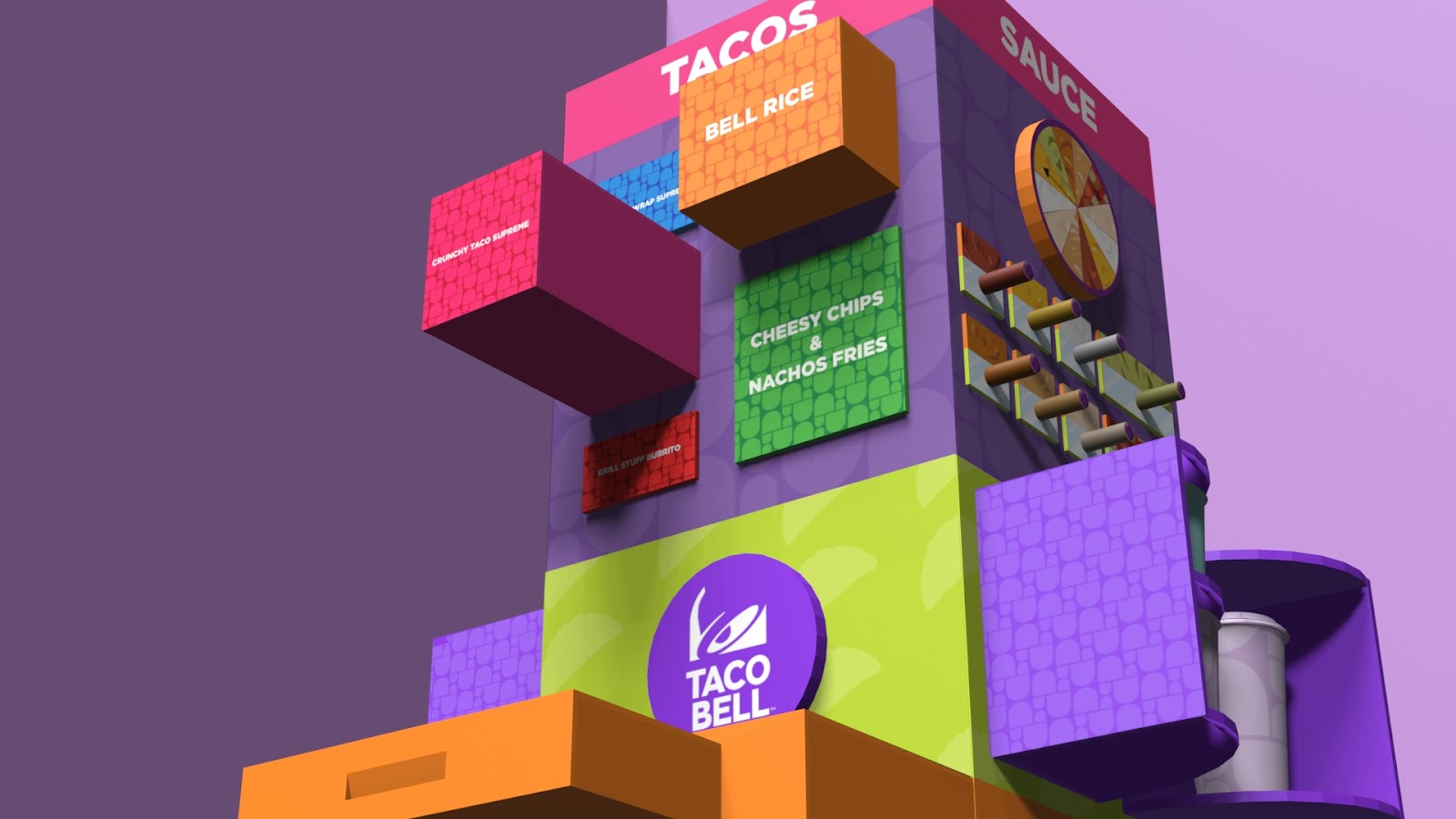 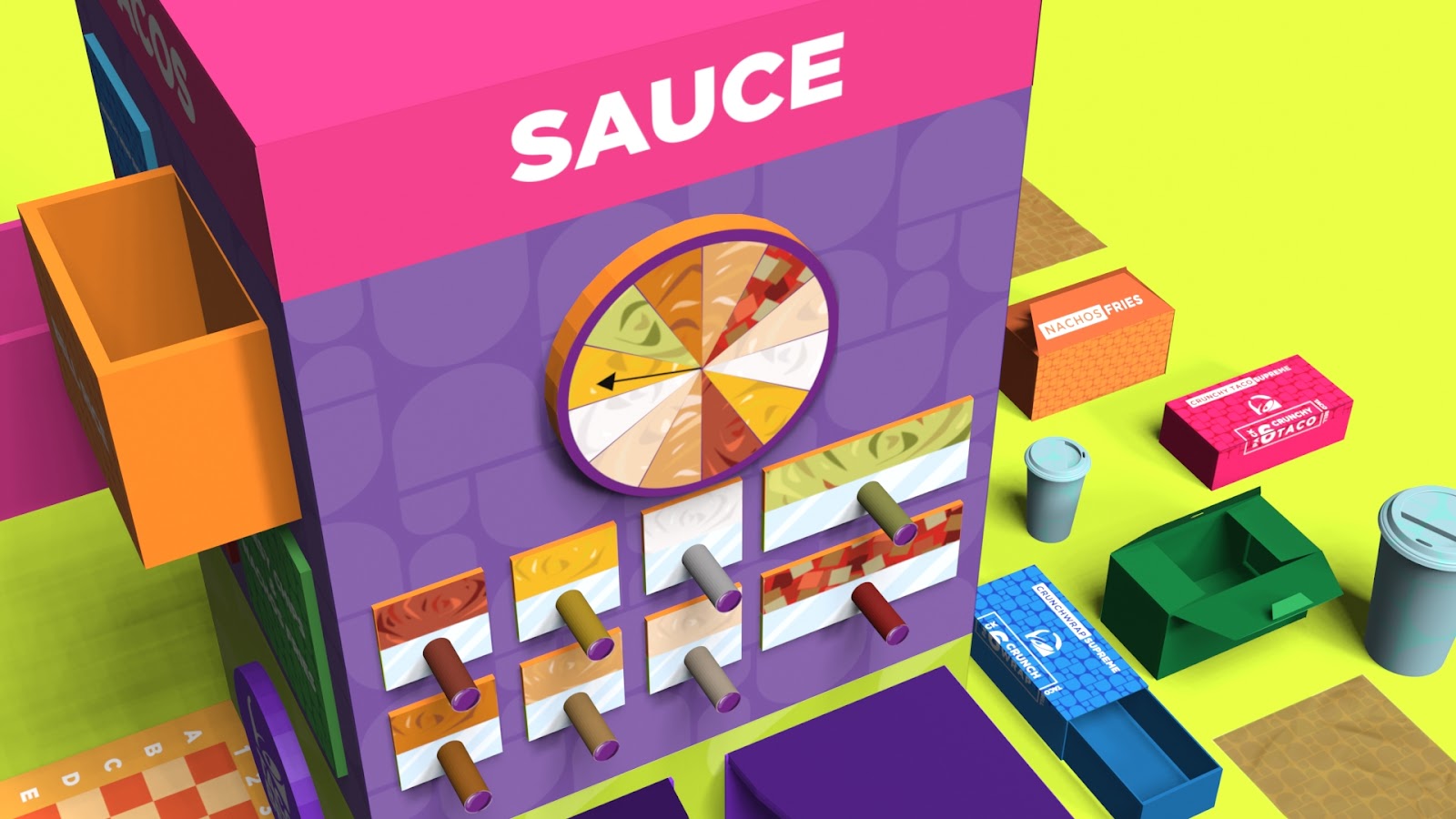 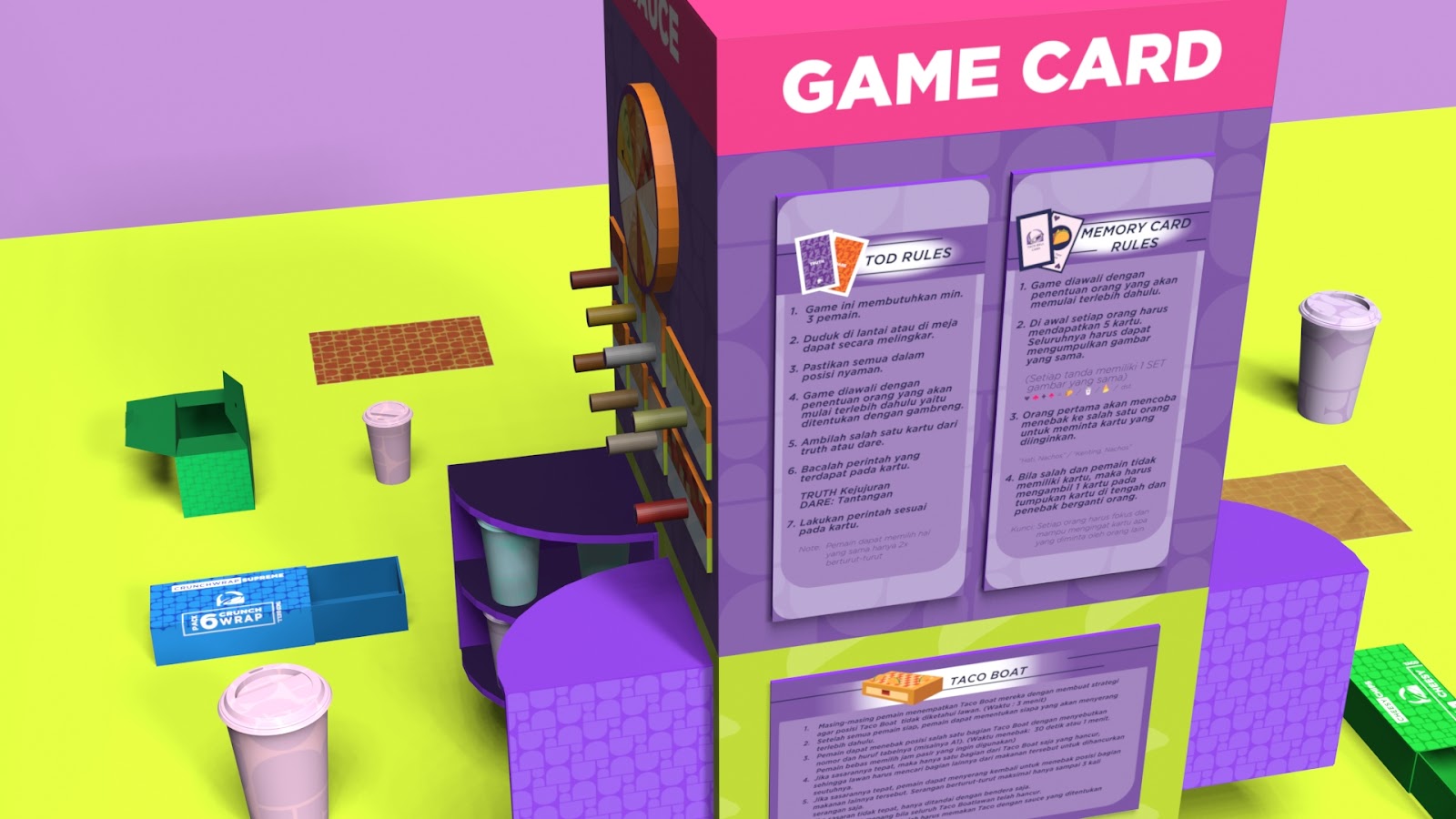 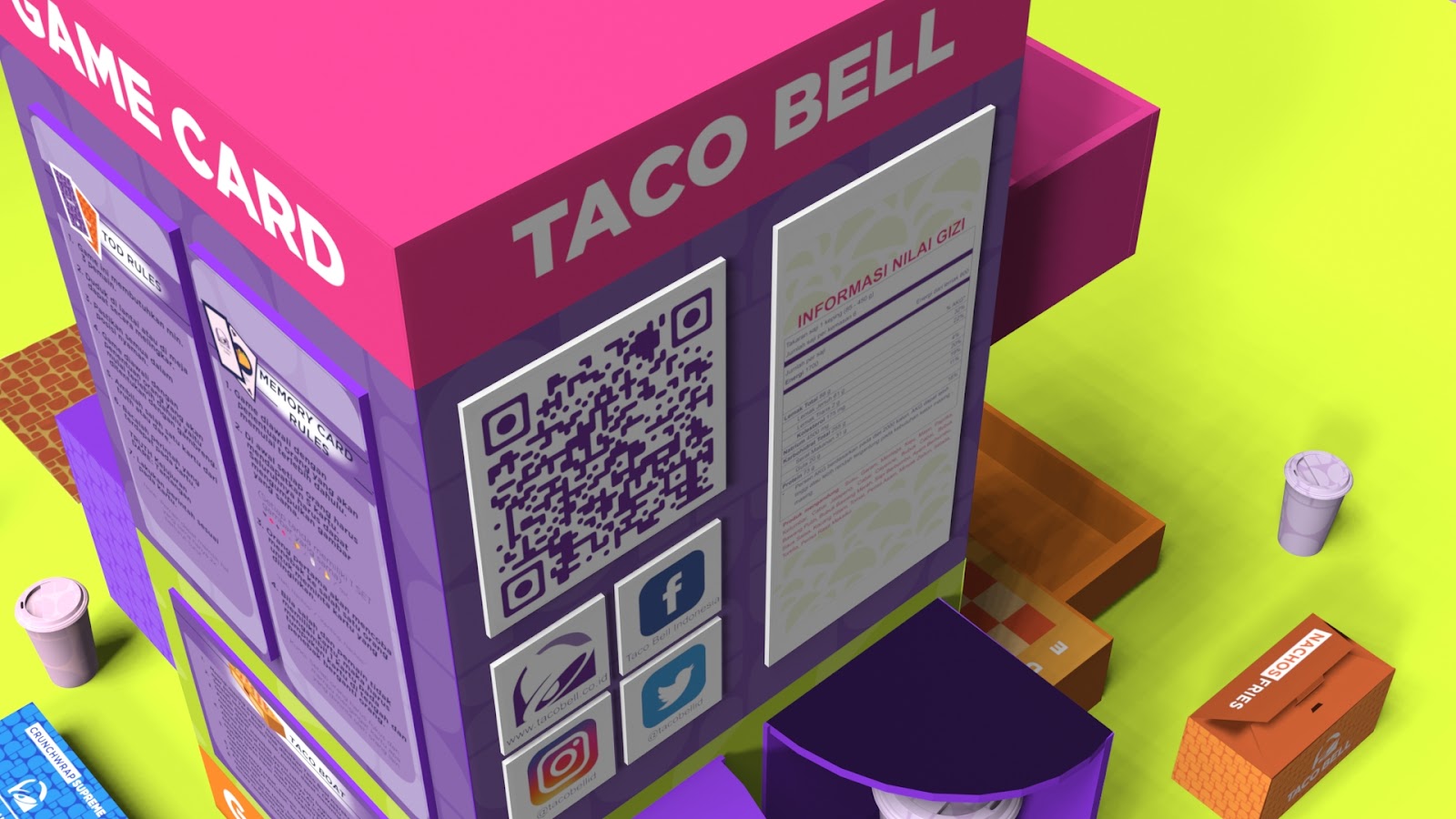