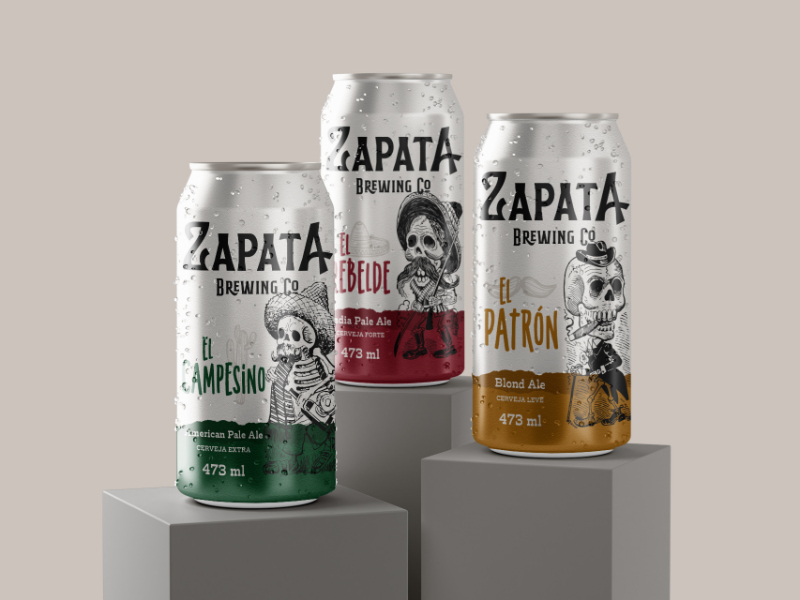 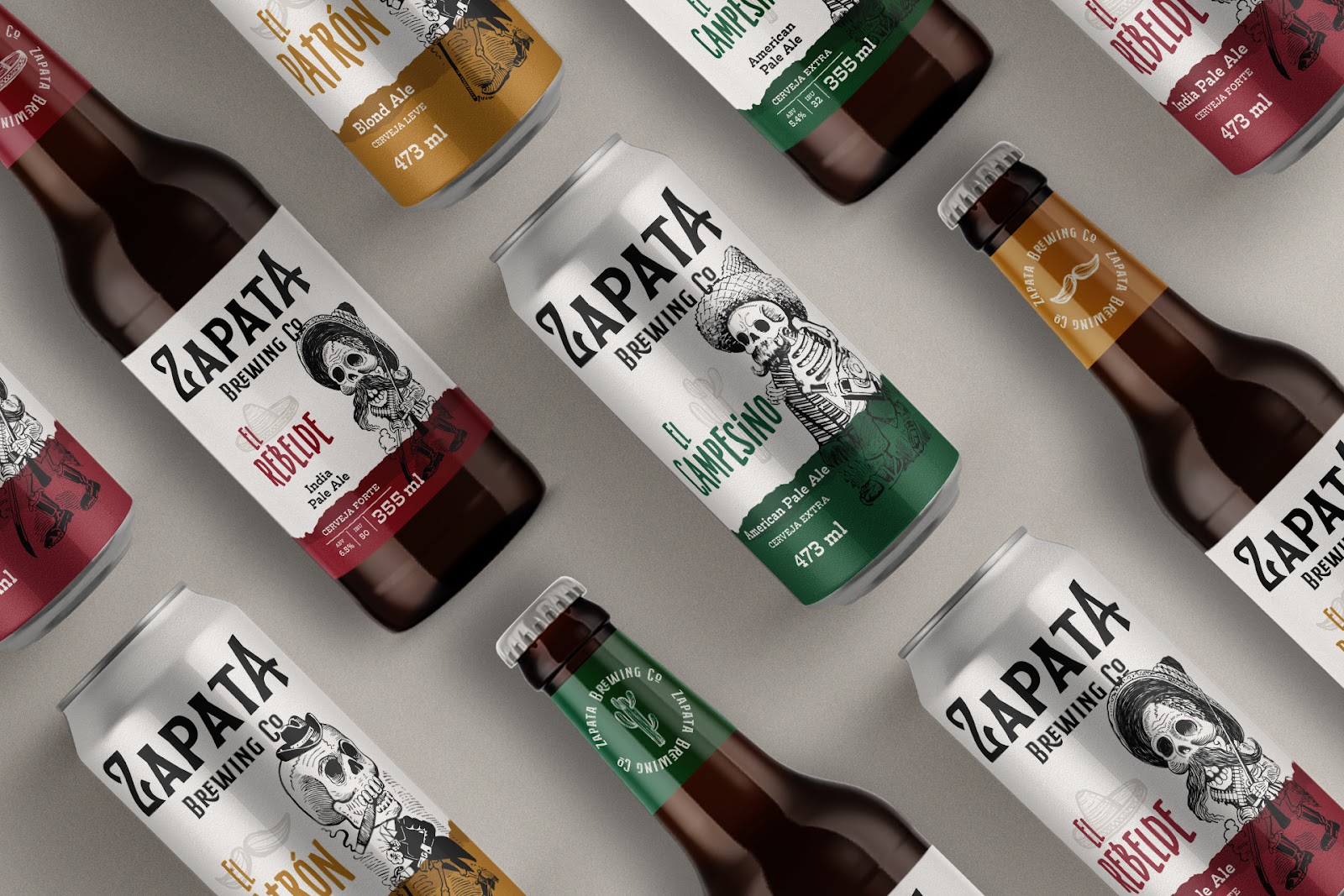 A Brazilian beer with a Mexican soul, born from the hobby of cousins ​​Nacho and Miguel Hernández, who are artisan beer connoisseurs and have always had the curiosity and interest in turning their passion into a business. The Hernández come from a traditional Mexican family, but who have lived in Brazil for over 30 years. The brand name is a tribute to one of the main historical characters in that country: Emiliano Zapata, peasant leader of the 1910 Revolution. Therefore, the visual identity expresses the culture and revolutionary spirit of the Mexican people, in a light, daring and relaxed way.

The challenge was to bring to the visual identity and labels the expressiveness of Mexican culture, with its colors, elements and typographic styles. Despite being a vibrant culture full of ornaments, we opted for a cleaner and more neutral visual language, so that typography and illustrations were more prominent on the labels.

The brand’s concept was inspired by a musical genre known as “corrido”, which spread in an irreverent and subversive way, to spread news about important events. The typographic choice had as a parameter the various runner brochures, which had a very unique visual communication, with fonts that abused the ornaments and used more industrial types, slab style, with wide serifs and little contrast. It is this striking typographic personality, bolder and more expressive, which we seek to bring to the project. The color palette is a celebration of Mexican identity, present in its flag and national symbols. We chose darker tones to create a good contrast with black and off white that complete the palette.

For the design of the labels, we selected some illustrations created by the Mexican artist José Guadalupe Posada (1851-1913), which were widely published in periodicals from the end of the 19th century and beginning of the 20th century. It illustrated all kinds of characters, from which we chose the peasant, the rebel and the bourgeois boss to identify each of the beer styles. The Mexican skull is the cultural element that combines freedom, rebellion and fun, which are among the main attributes of the brand’s personality.

What’s Unique?
The graphic design was inspired by the Mexican corridos and the visual universe of the 1910 Revolution, using contemporary illustrations, created especially to criticize the spirit of an era. 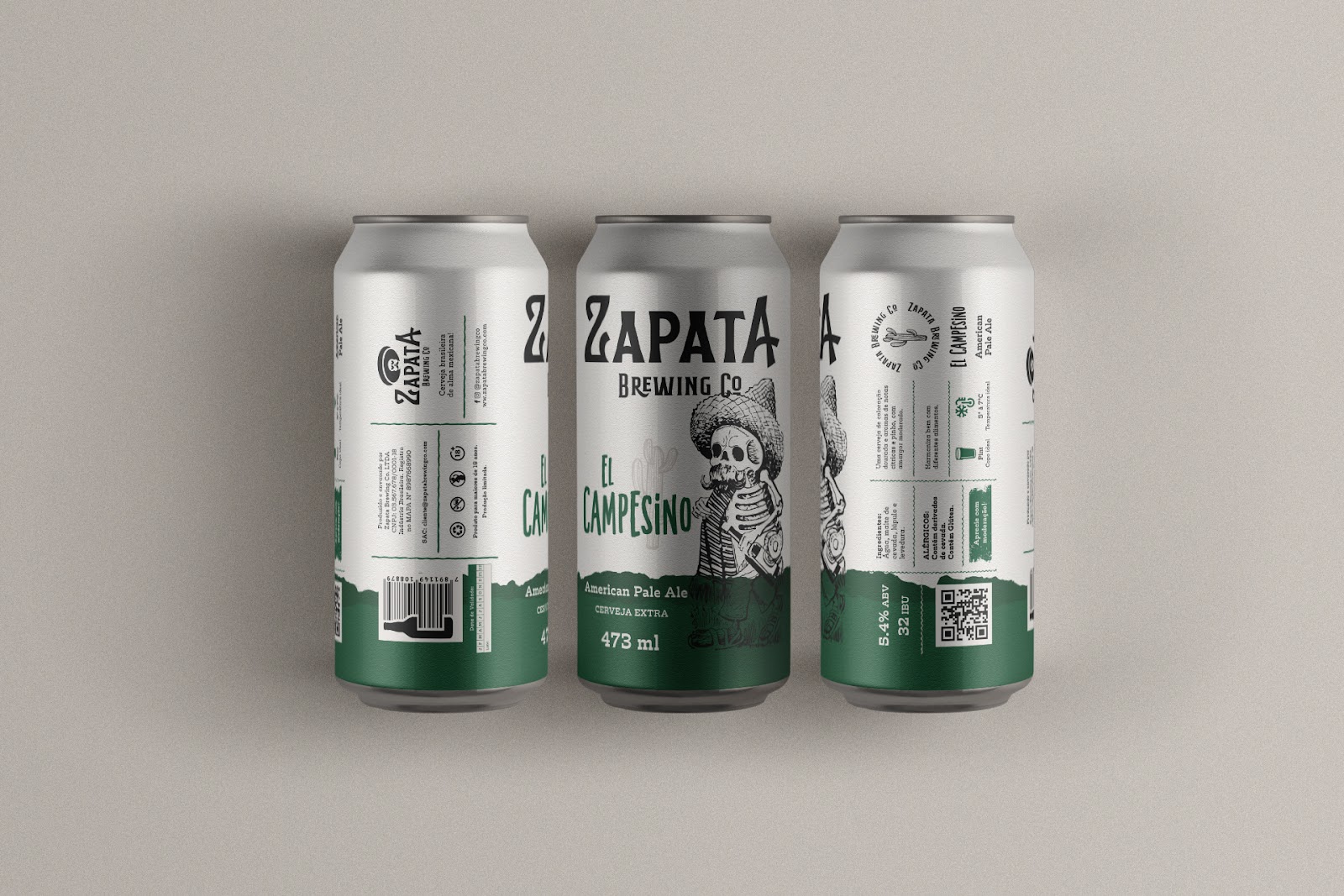 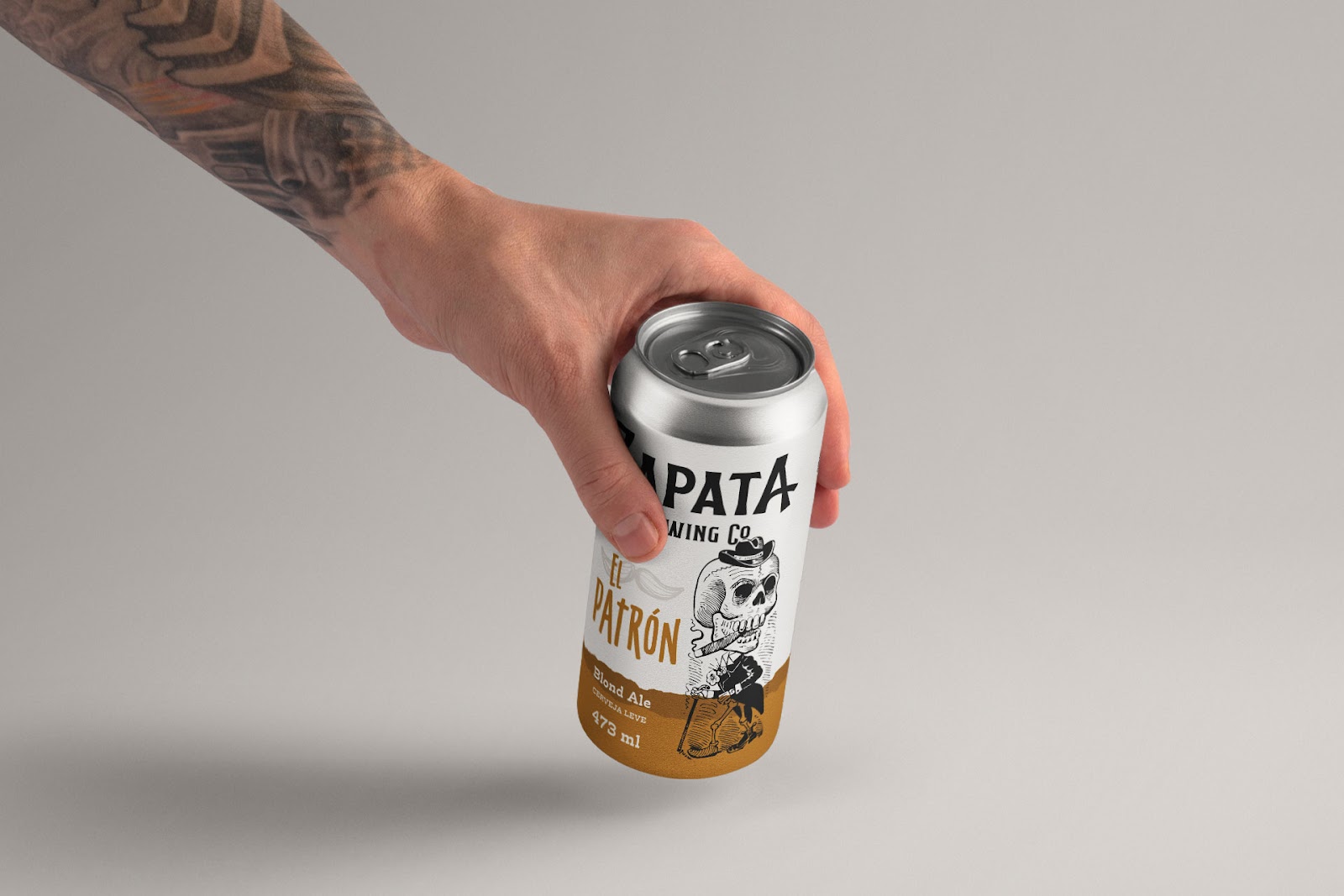 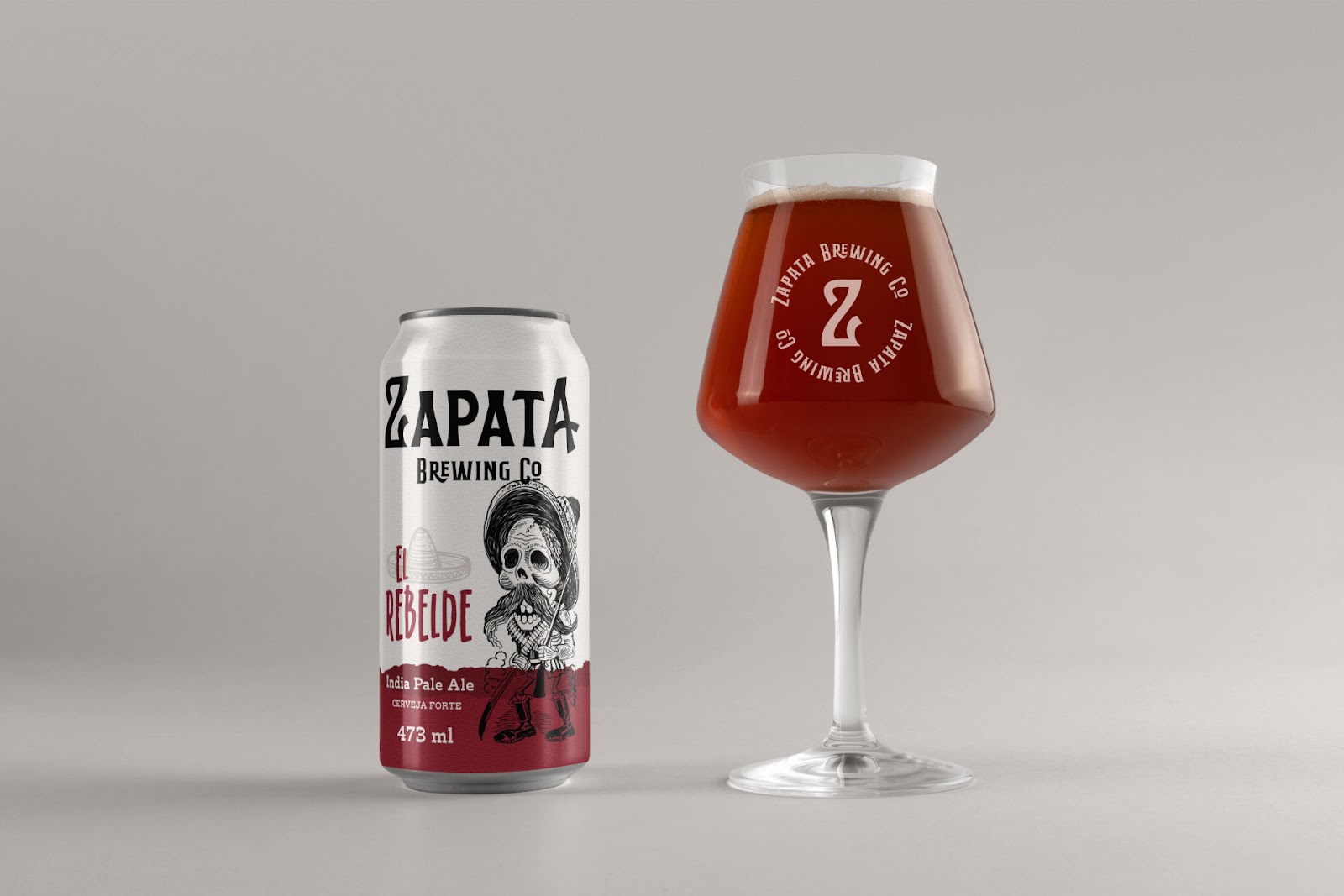 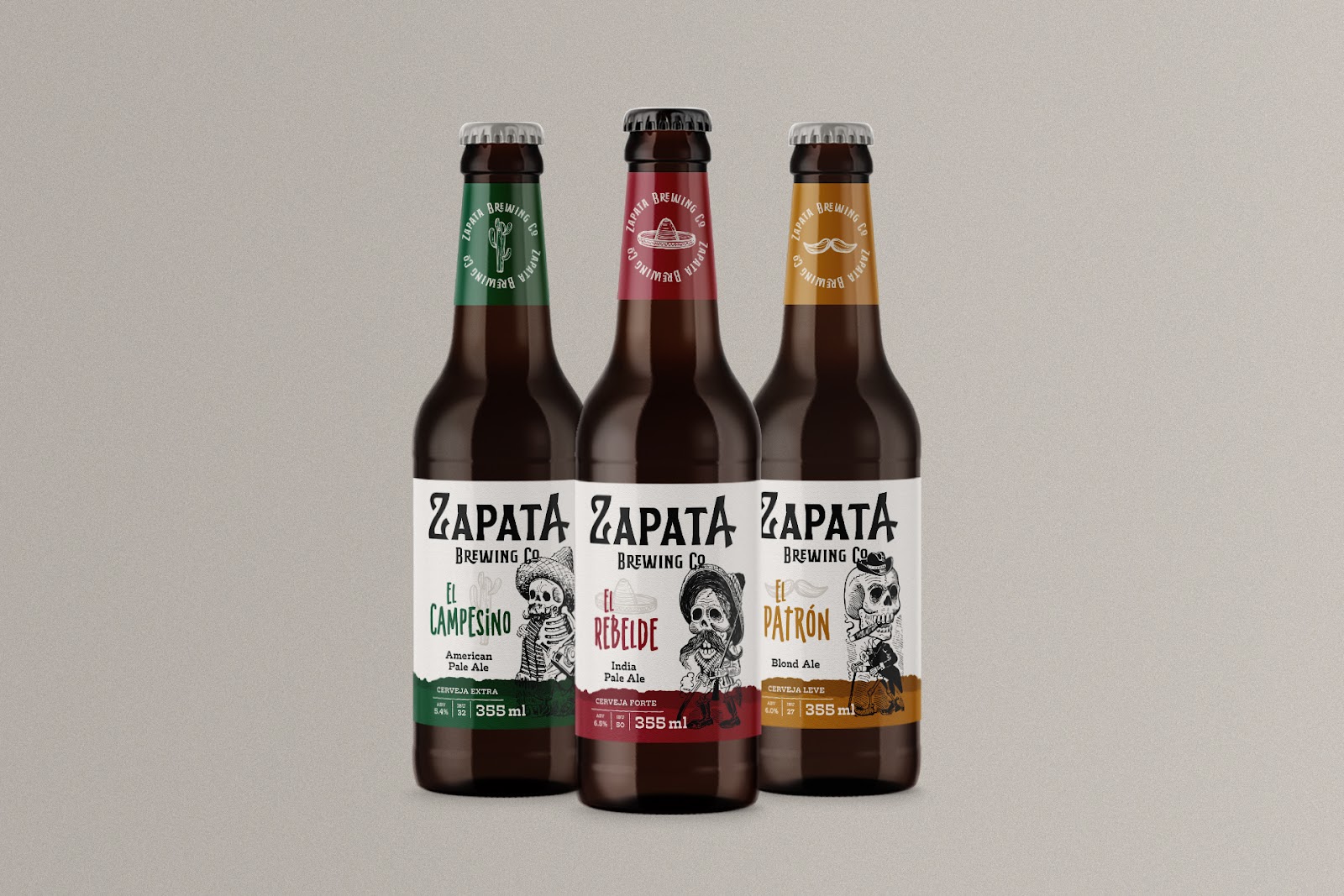 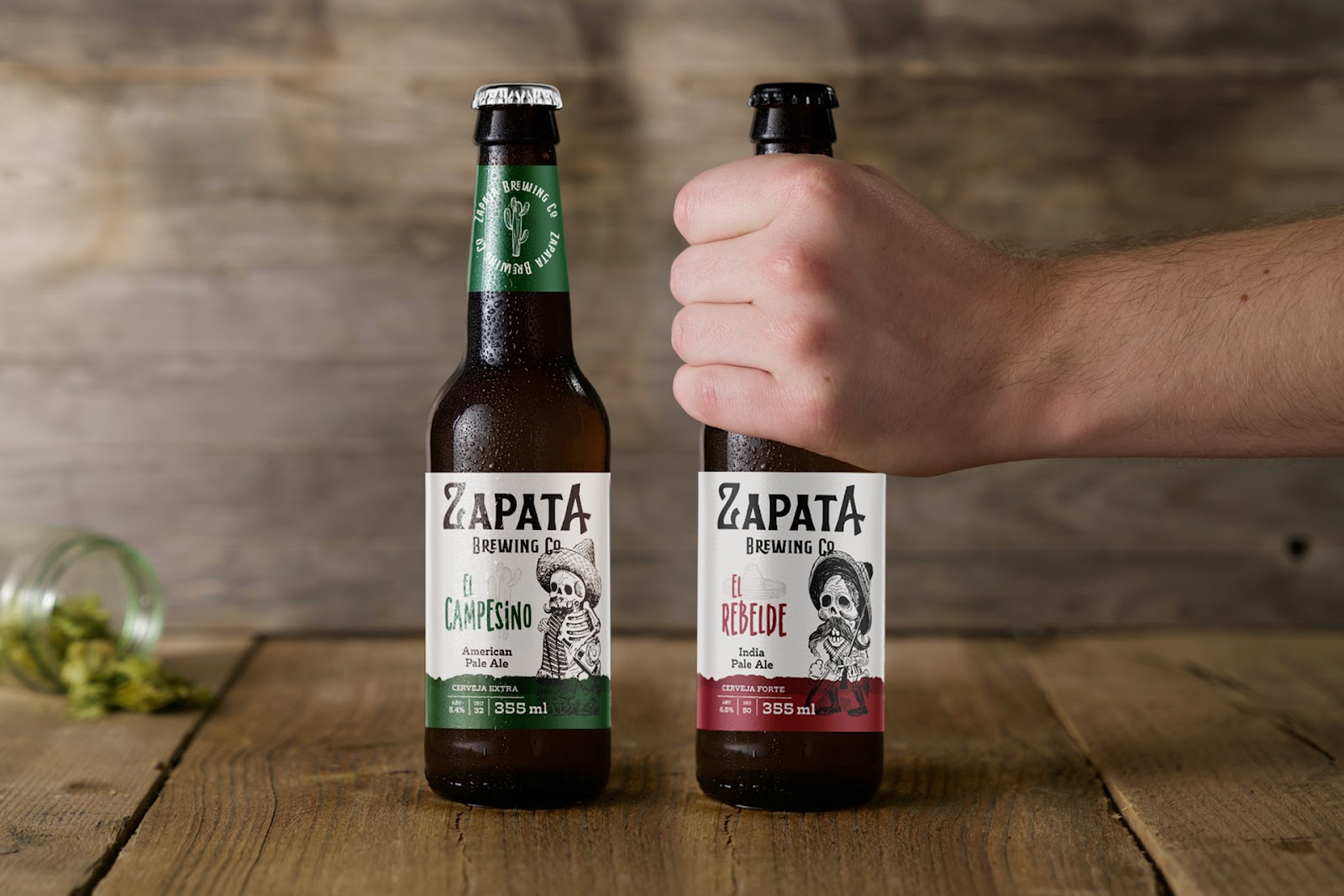 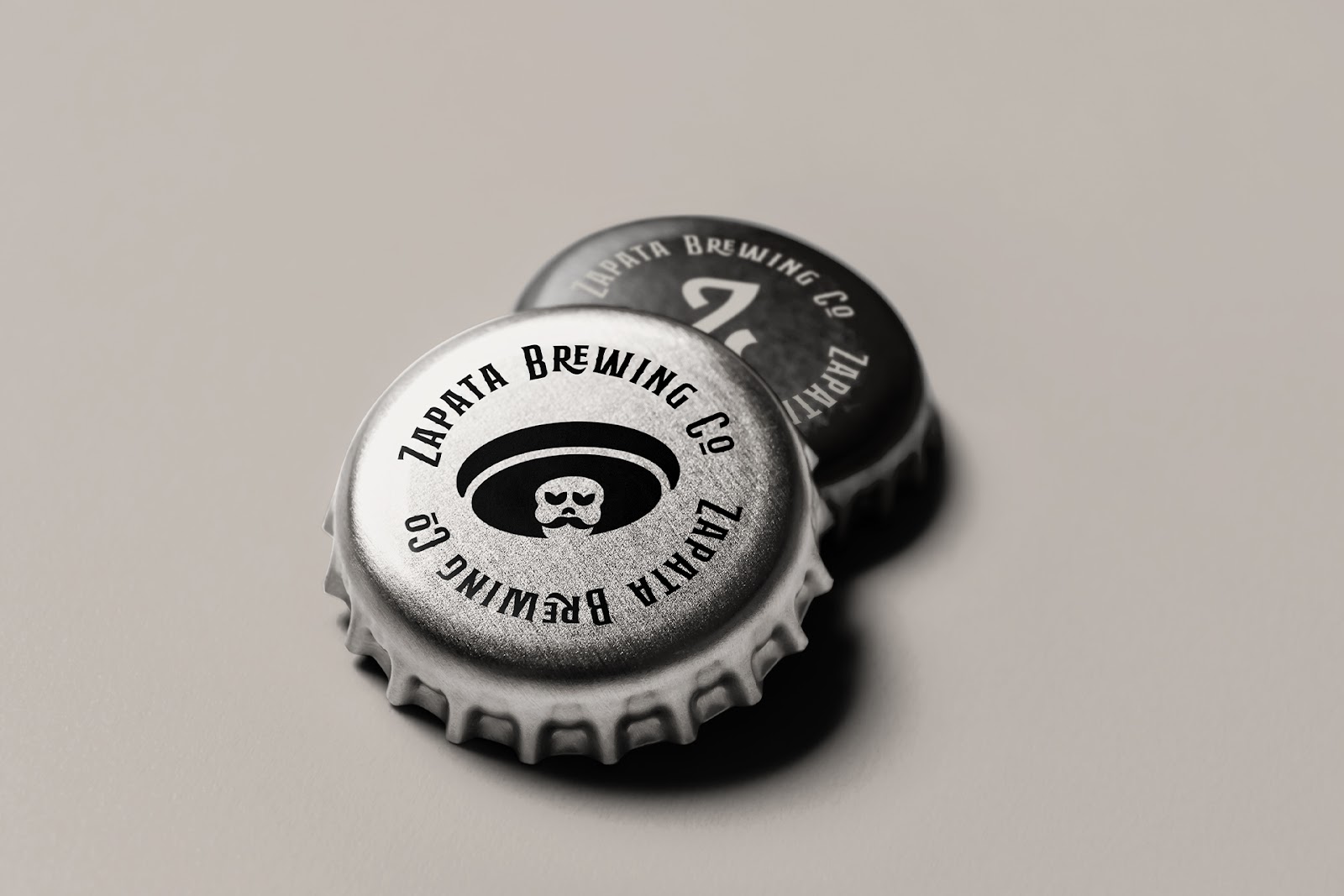 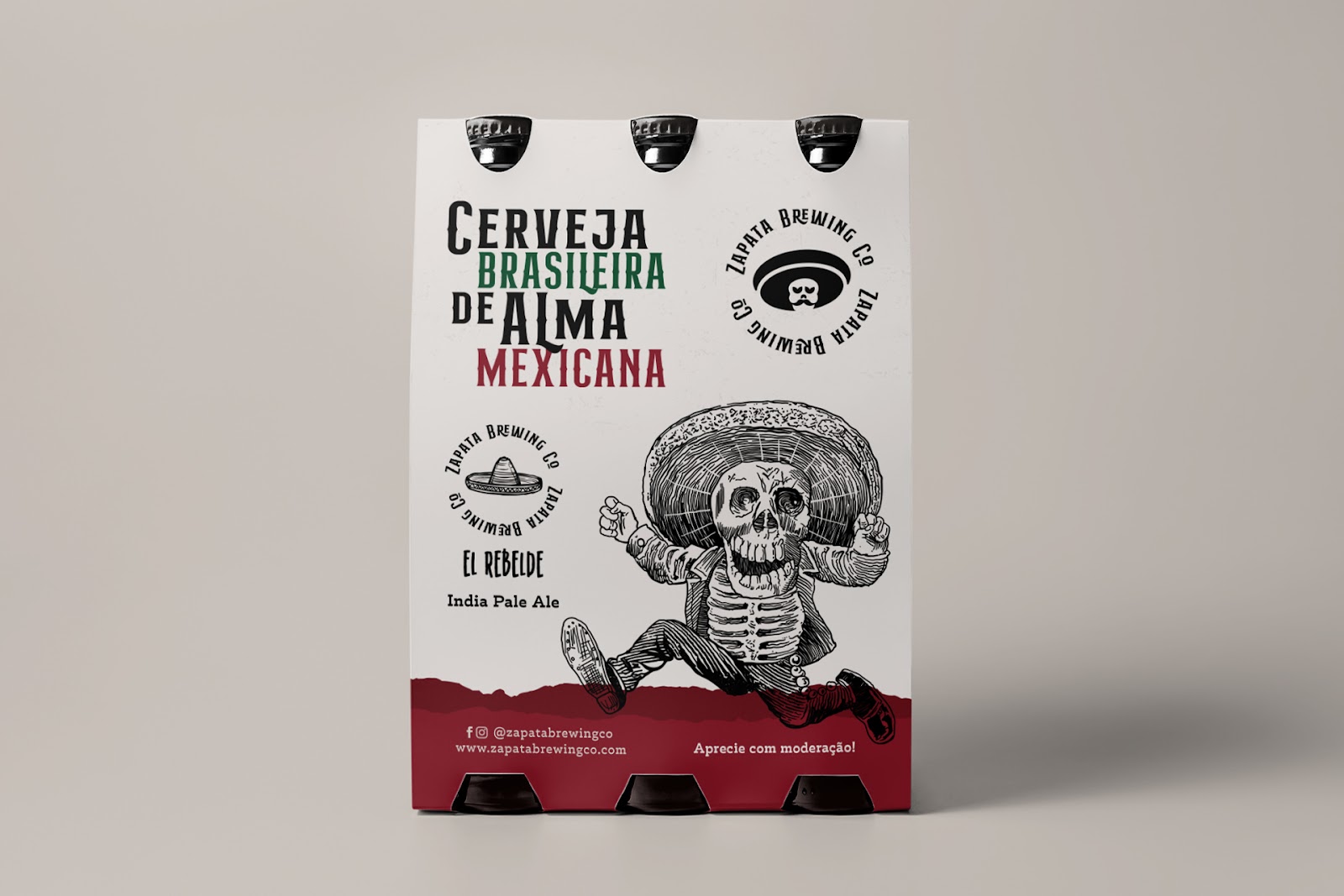 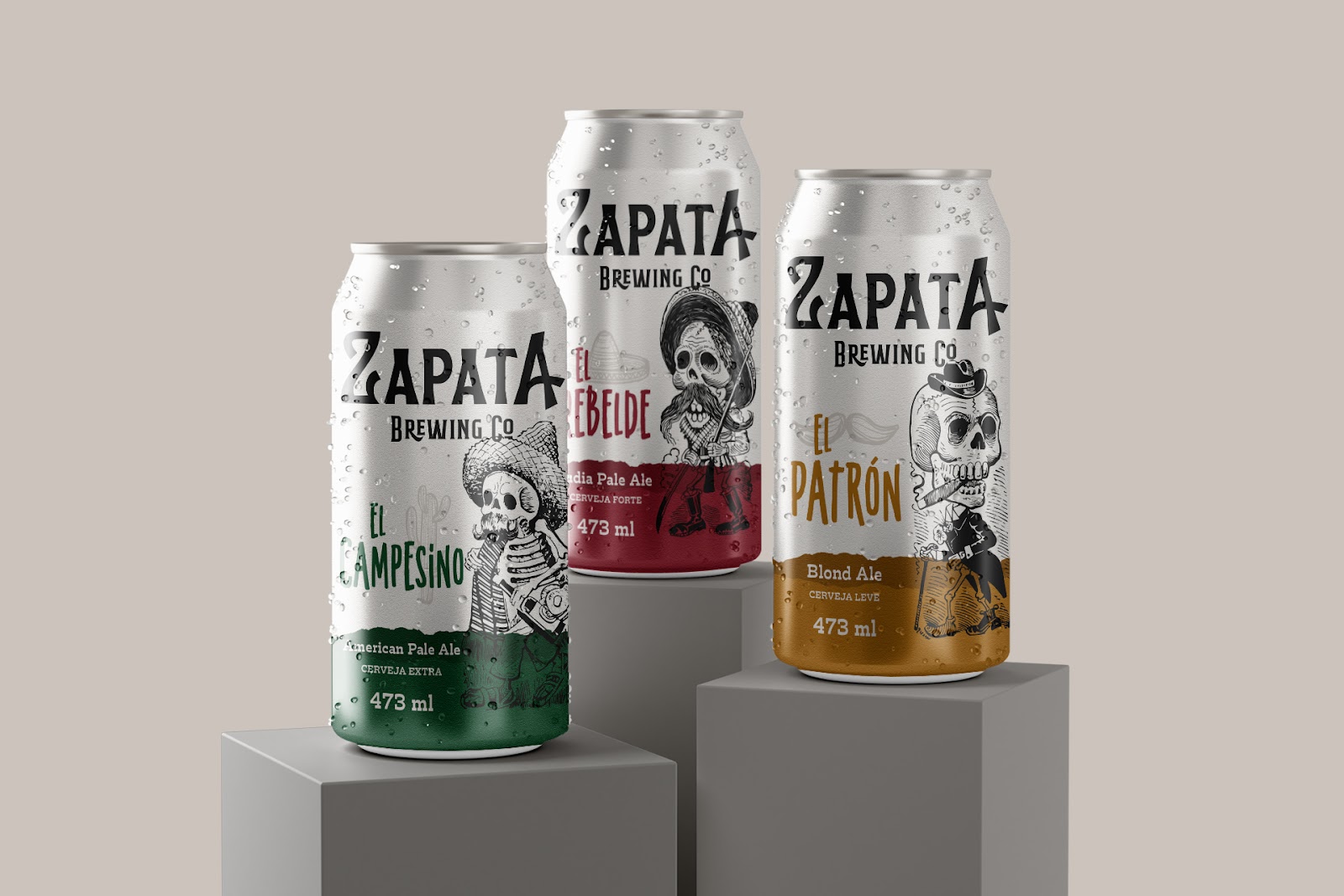 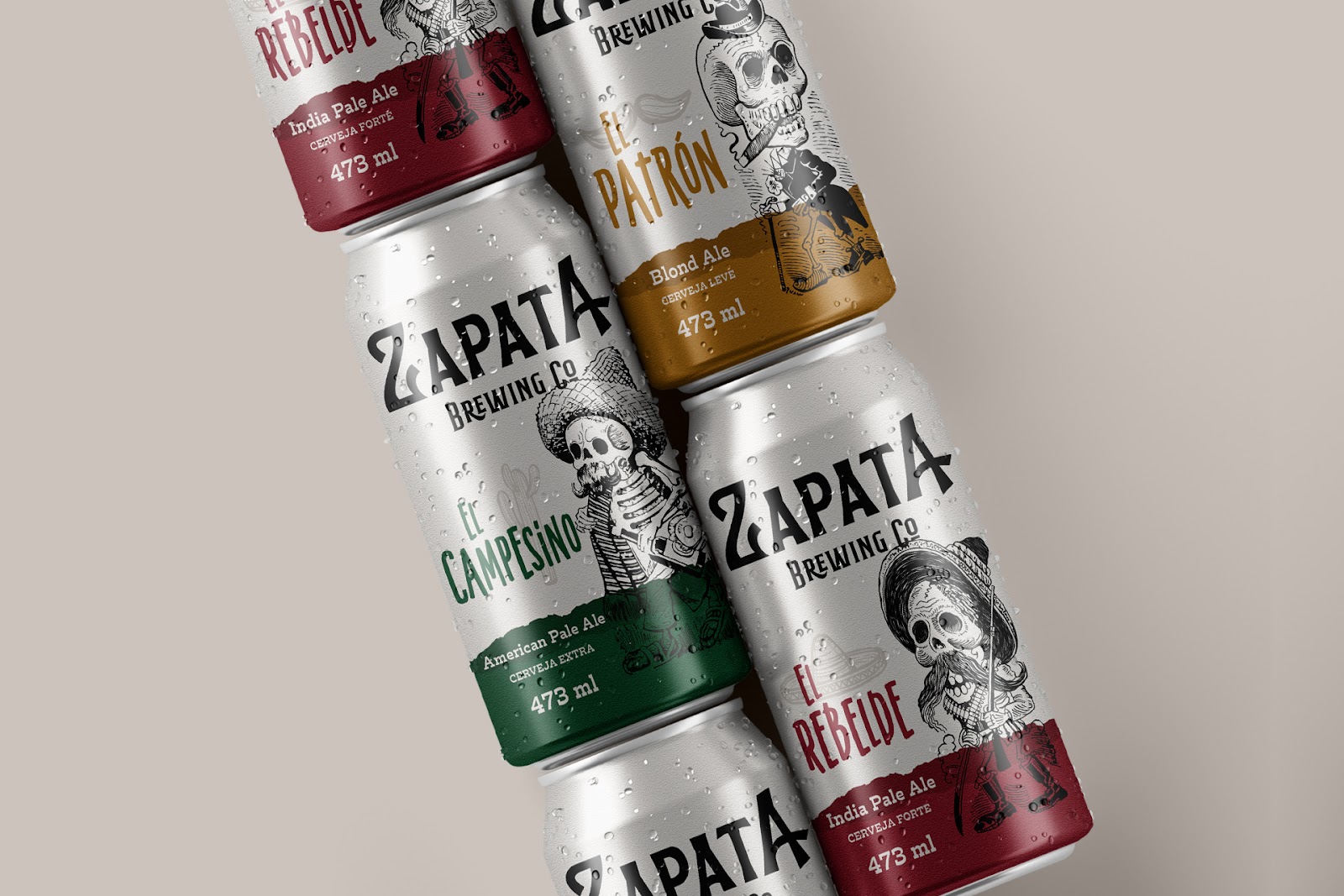 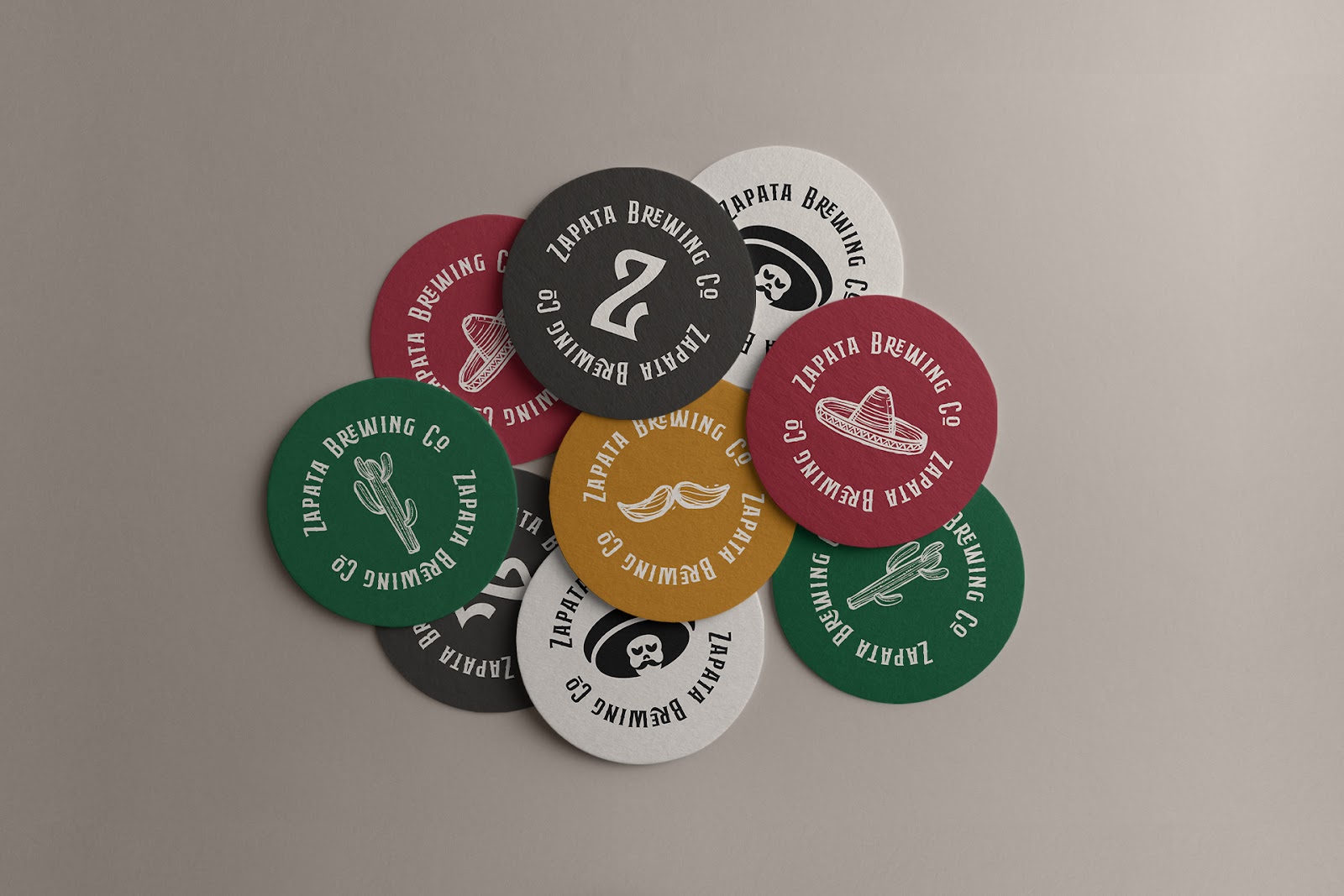 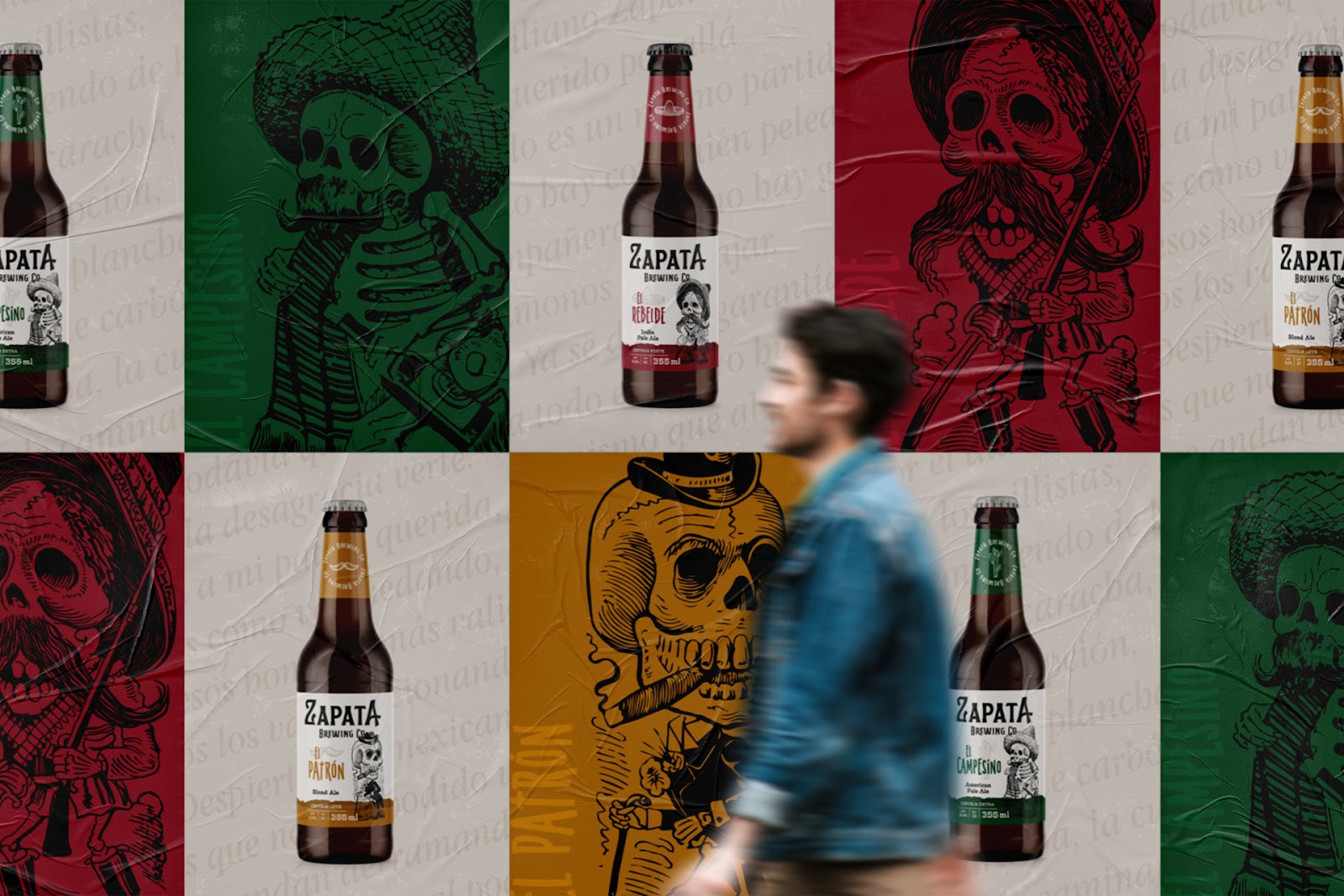