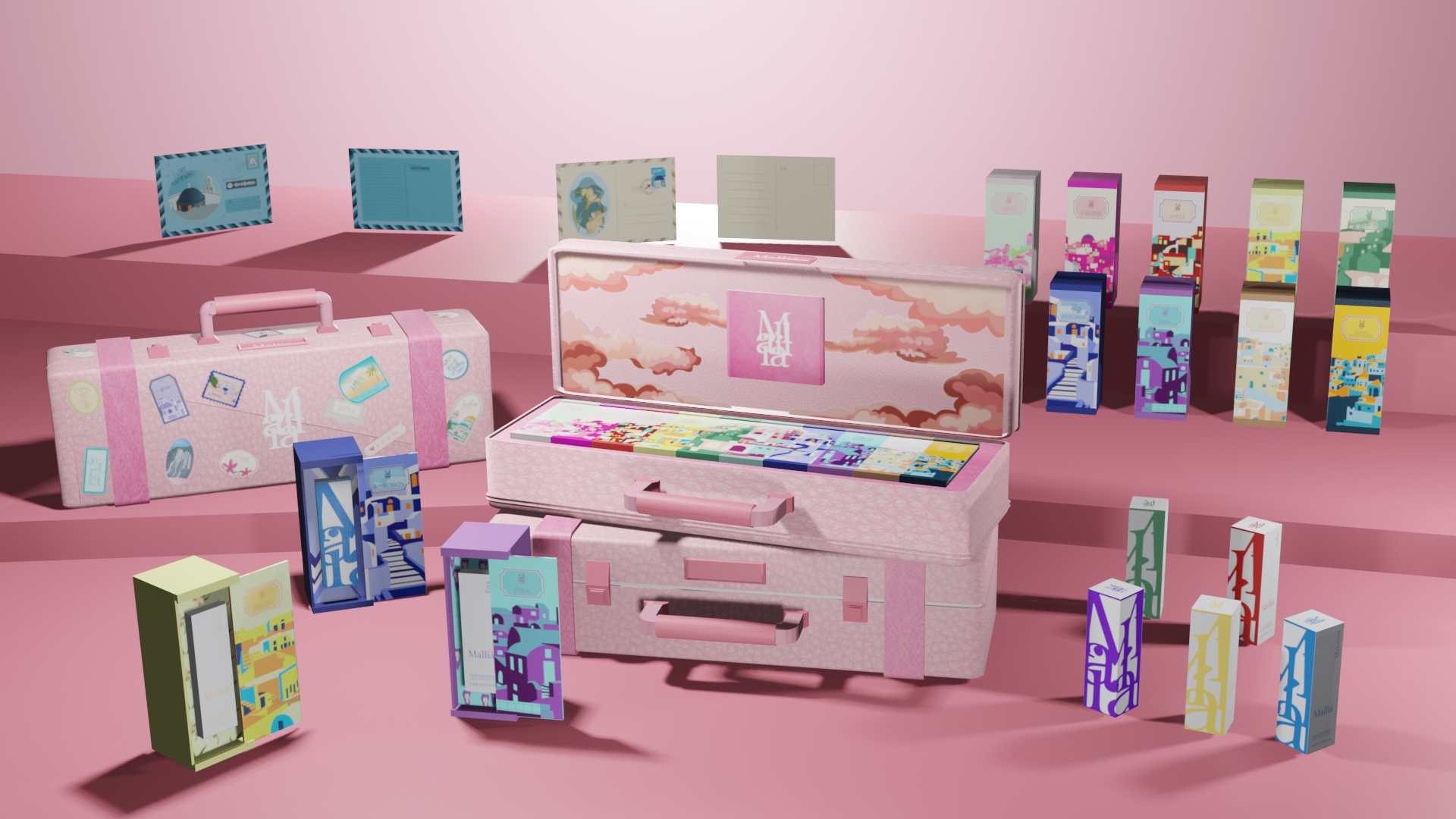 The Malliá Hampers Signature is a project created to fulfill the final term exam assignment in the packaging design course at Multimedia Nusantara University. The main idea of this project is traveling. With this idea, we also created a new and unique concept to make this Malliá Hampers. The concept is a suitcase as the most essential thing when traveling. The concept of a suitcase is used against the background of the concept of perfume names originating from cities in several European countries, most of which come from Greece, namely Crete, 7 Sisters, Sofia, Frezia, Ainos, Mia, Mykonos, Fira, Skoni, and Hand Sanitizer. The names of perfumes derived from these cities became the origination of the proposed big idea travel, where the names of the cities were borne behind 10 different types of sliding boxes. When we open or slide the lid of the sliding box, we will see various motifs or patterns that are the characteristics of these cities, and there is also the primary box of Malliá hair perfume itself. The illustration on the sliding box is interconnected from the first to the tenth sliding box. The illustration depicts the atmosphere and panoramic view of the Santorini, the city of santorini is taken as a representative depicting the beauty of Greece. In addition, between sliding boxes will have different color palettes, according to the main color of each perfume name, but the color palette uses complementary analogous colors so that it can show the characteristics of the product. On the outside of the suitcase will be affixed with various stamps illustrating Malliá itself. And to give the impression of a suitcase and traveling, even more, 2 postcards are included showing an illustration of Malliá’s characteristics. Postcards and some additional stamps are stored in a small pocket in the center of the top of the suitcase. The material used on the outside of the suitcase is synthetic leather which is strong and durable, while the sliding box uses thin wood which is shaped in such a way that it has a unique and attractive impression. With these ideas and concepts, creativity and conformity to the theme can be developed optimally and maximally, to create new innovative and attractive hampers.

The uniqueness of this Malliá Hampers Signature packaging is about the concept of travel using the suitcase itself. With the background of Malliá’s product names which mostly come from the names of cities or places in Greece, people will be able to feel the sensation of traveling to places on the European continent. The main key of the illustration used in the sliding box is the city of Santorini, as one of the places with a unique city that is representative in describing the beauty of Greece. On the other hand, the illustrations on each sorted sliding box can be seen connecting and showing the city of Santorini in a panoramic view. And the stamps affixed to the outside of the suitcase add to the impression of travel like in the past. With this uniqueness, it can be the main attraction for this Mallia Hampers Signature packaging. 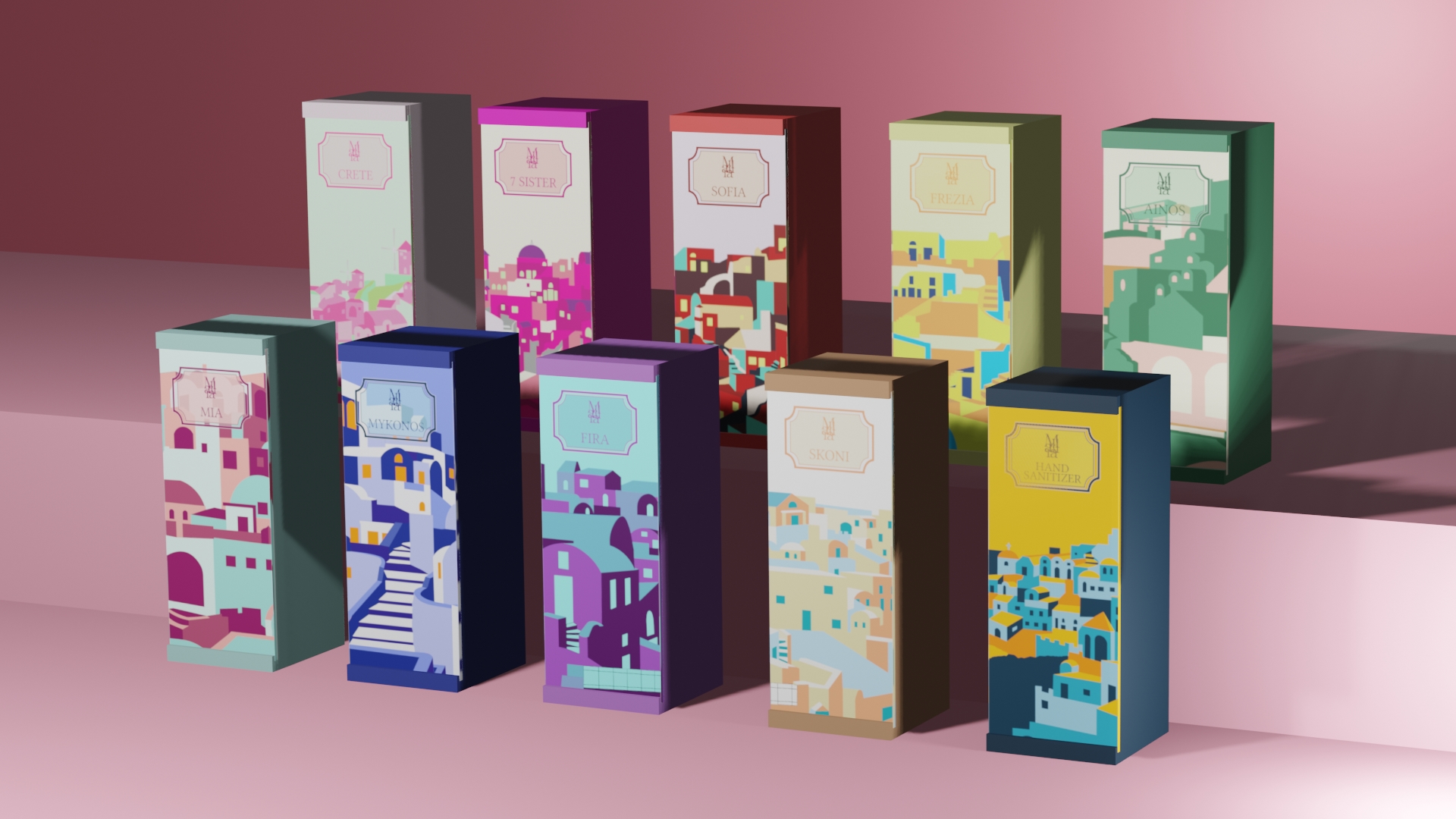 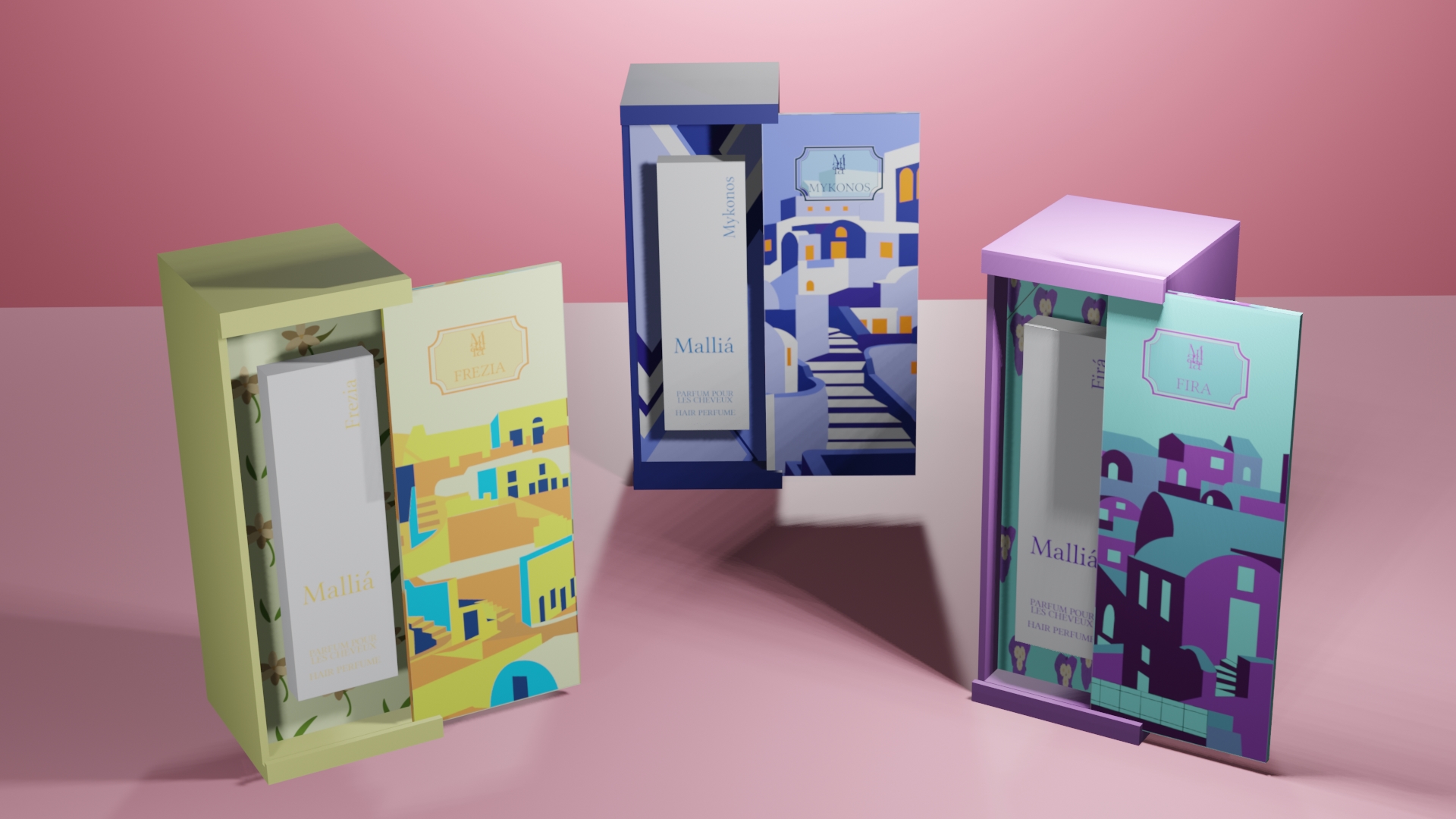 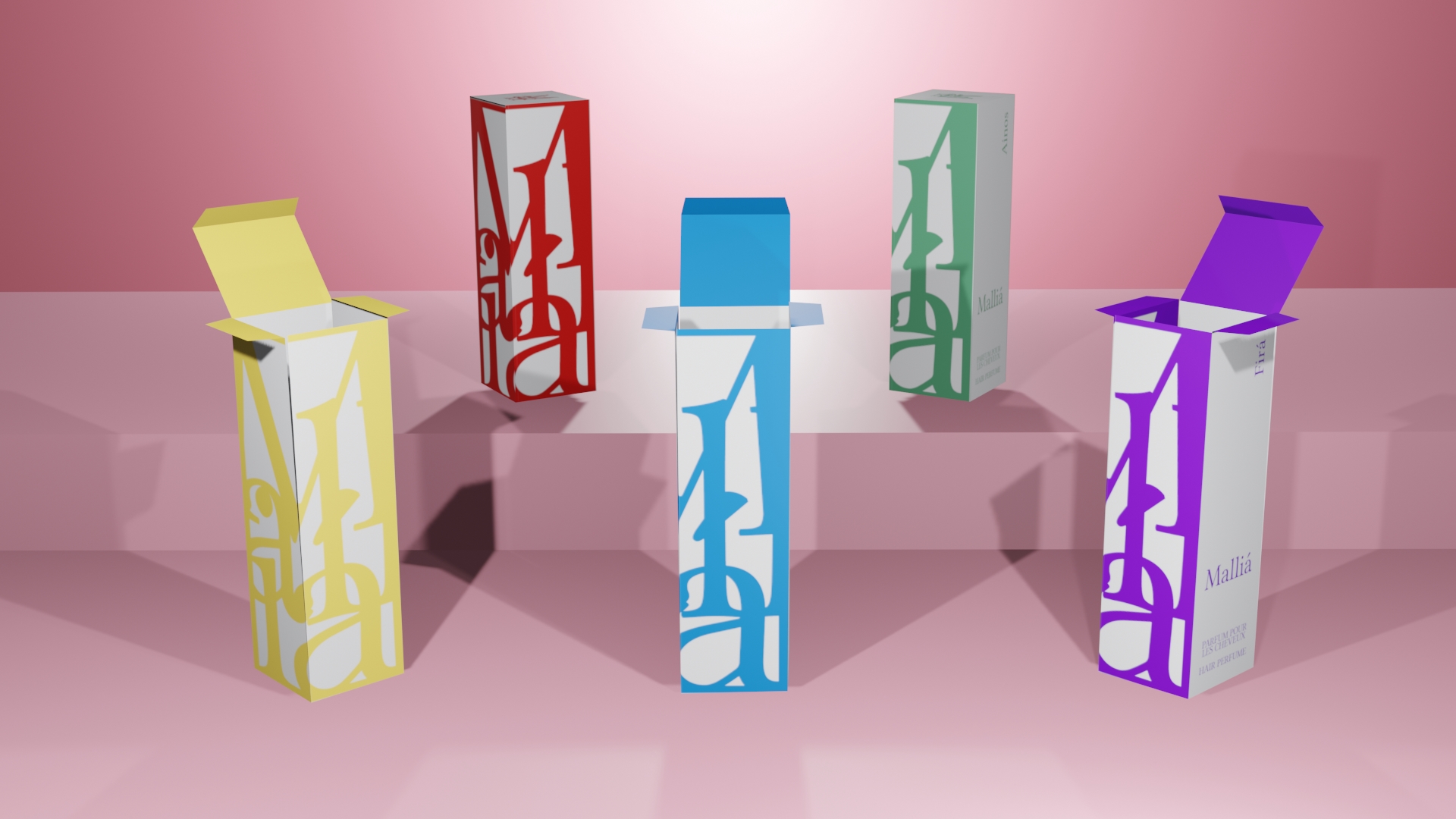 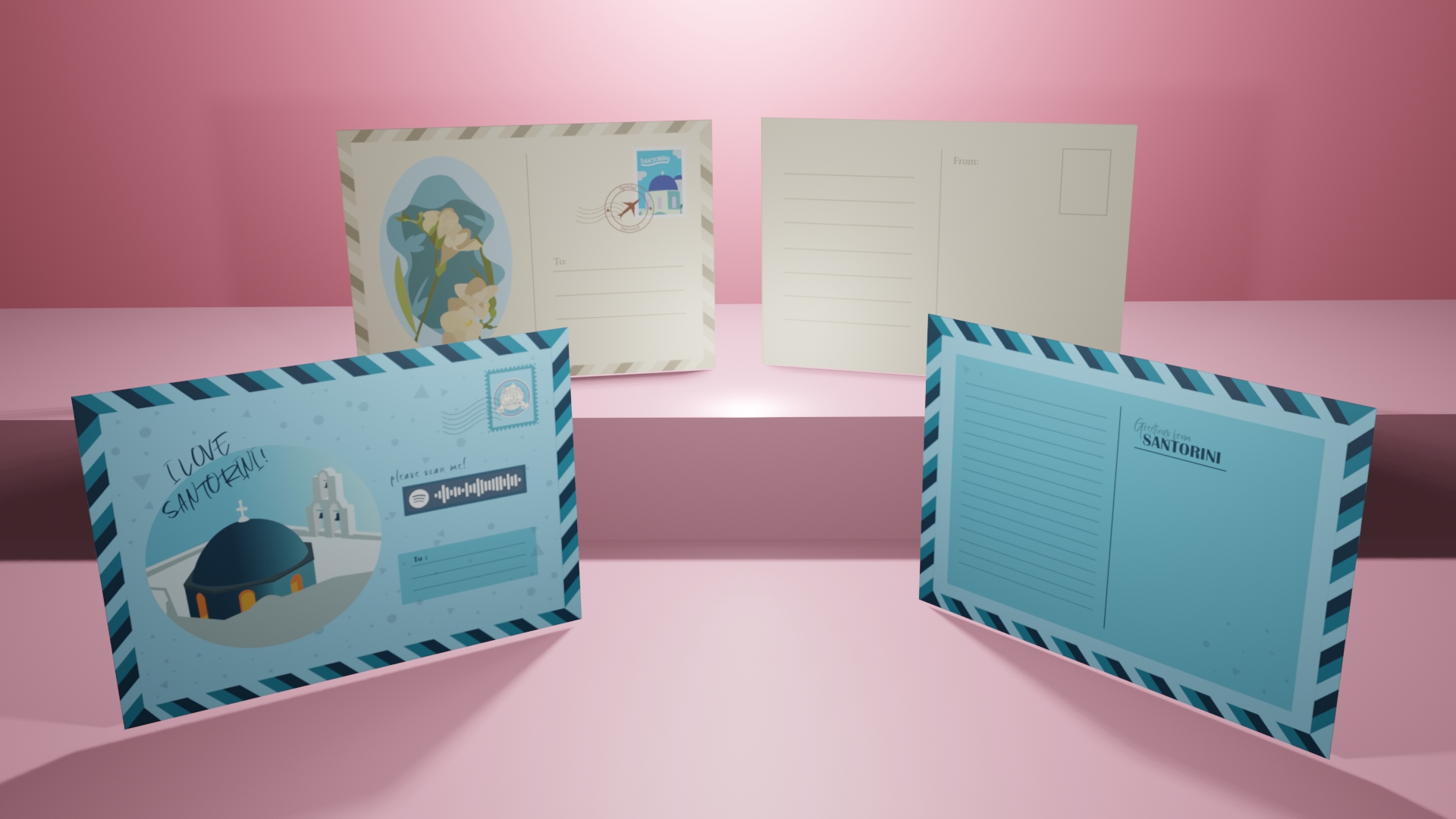 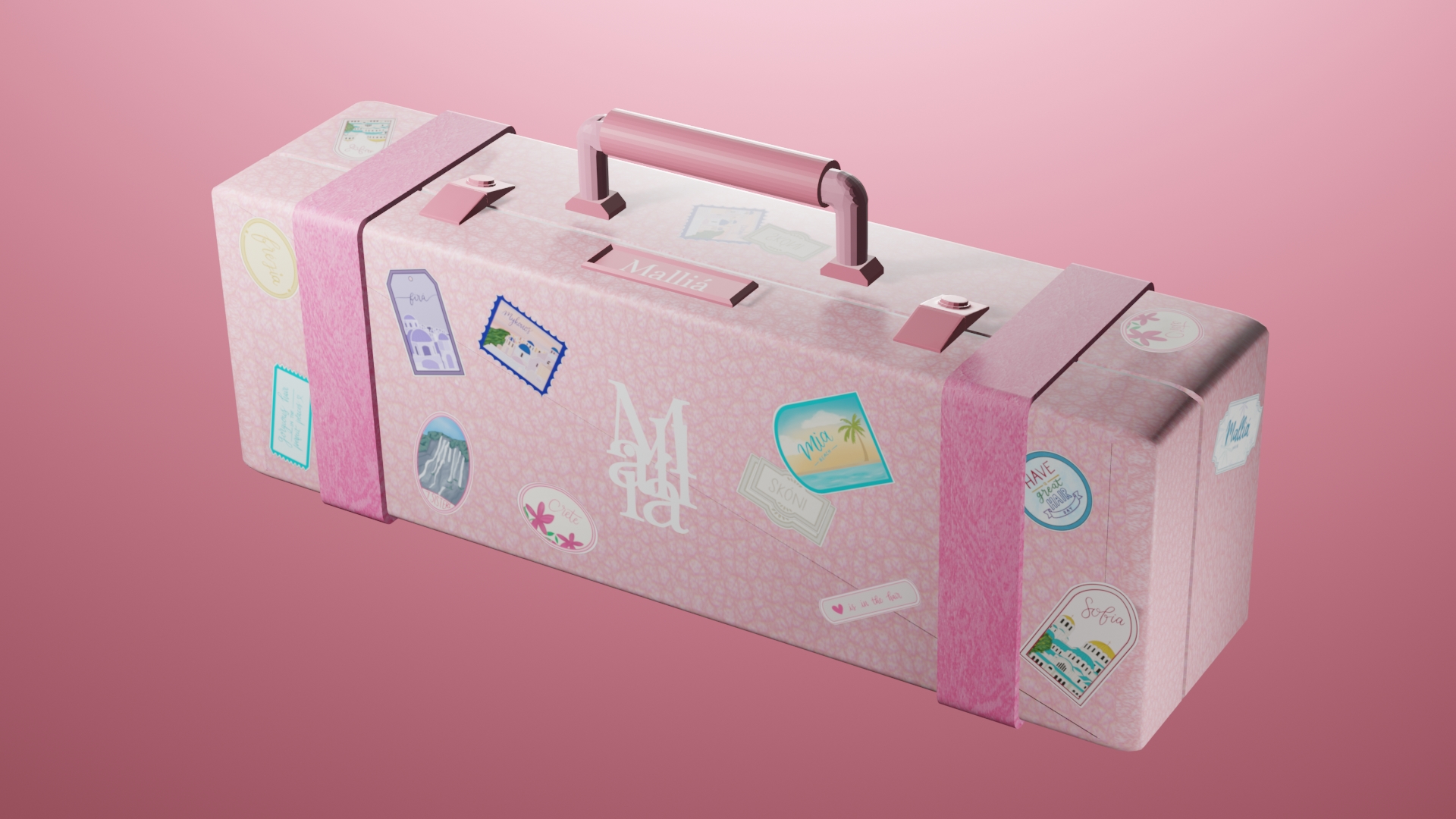 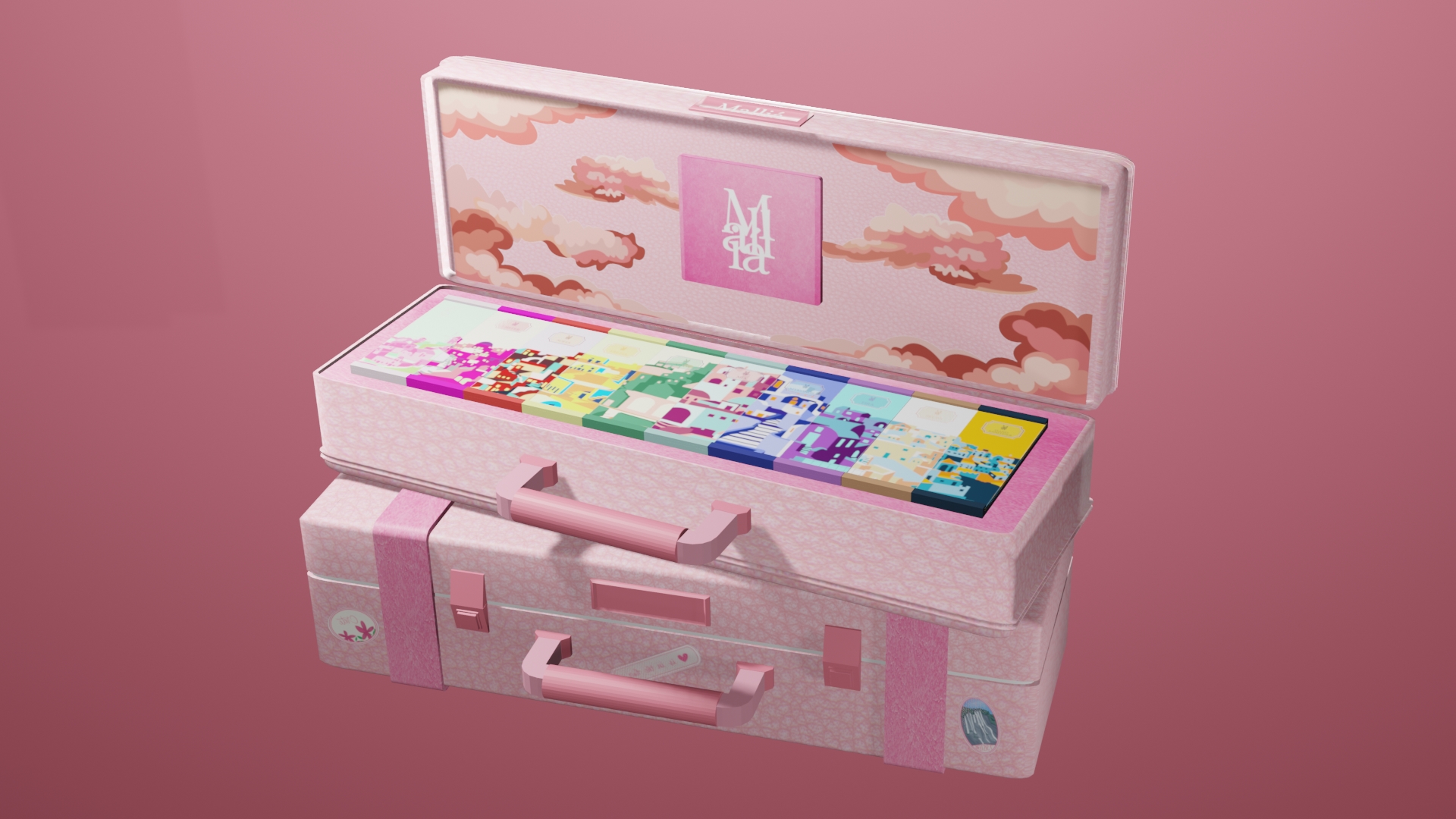