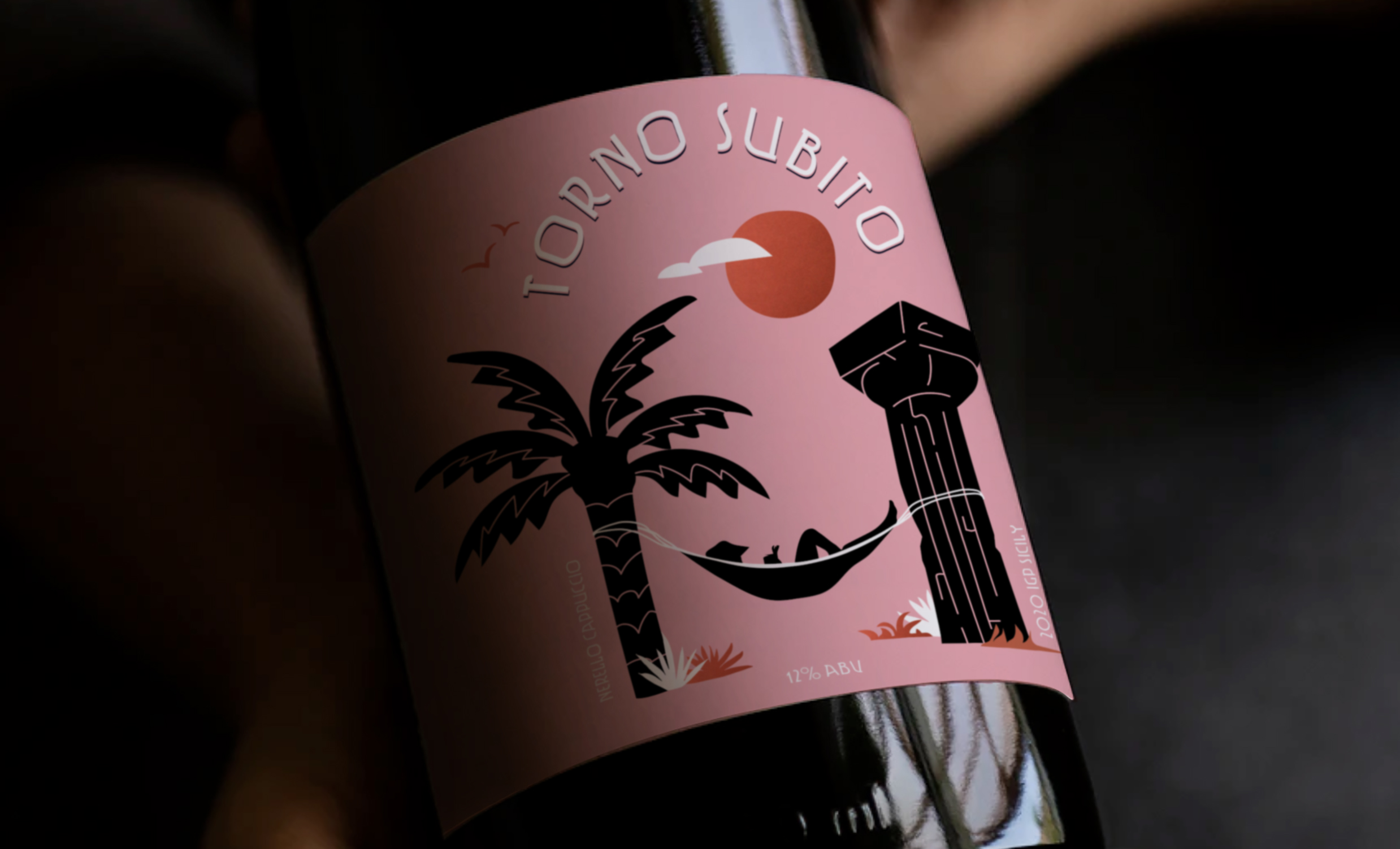 Torno Subito is a Nerello Cappuccio wine, with a perfumed nose and a blackcurrant jammy body, this special dark-skinned grape variety thrives in the volcanic soils of Mount Etna, particularly at higher altitudes. Here, the combination of soil and climate result gives this wine elegance and structure.
Inspiration FOR the symbols in the illustration:

– THE PALM:
the palm is one of the oldest plants in the world and is very common in Sicily.

A custom for driving away witches involved cutting three palm leaves with steel scissors and reciting a conjuration formula: “Chista palma siantu tagghiari, e la tagghiu ‘ncampu e’ nvia, cu you mali a la casa mia” (I must cut this palm and I’ll cut it from the head and trunk, so that evil leaves my home).

– THE MYTH OF COLAPESCE (the third column of Sicily):
Sicily is a treasure chest of incredible stories. Myths and legends have been for a long time the way to explain the unpredictable and the unknown. Maybe this is why lots of Sicilian tales are focused on the sea and its mysteries.

The myth of Colapesce tells about a fisherman’s son, Nicholas from Messina. He was known as Colapesce because of his love for the sea and his skills under the water: every time he dove into the sea he resurfaced from the waves, ready to tell the incredible discoveries from the underwater world.

The fame of Colapesce reached the King of Sicily and Emperor Frederick II who decided to test his abilities by throwing a cup overboard. While the king and his court were waiting on the boat, Colapesce succeeded and immediately recovered the cup. The king wanted to try him again and this time, threw his own crown even more in the depth. As always Colapesce brought the treasure back. The last time Frederick II threw his ring in a deeper place but Colapesce did not surface, no more.

The legend wants that Colapesce finds out that Sicily was kept from three columns and as one of them was broken, he decided to stay there to hold the column up saving the Island from the sinking.

– THE HAMMOCK:
the metaphor for relaxation, as if to say: I’ll be right back, I’m going to relax. 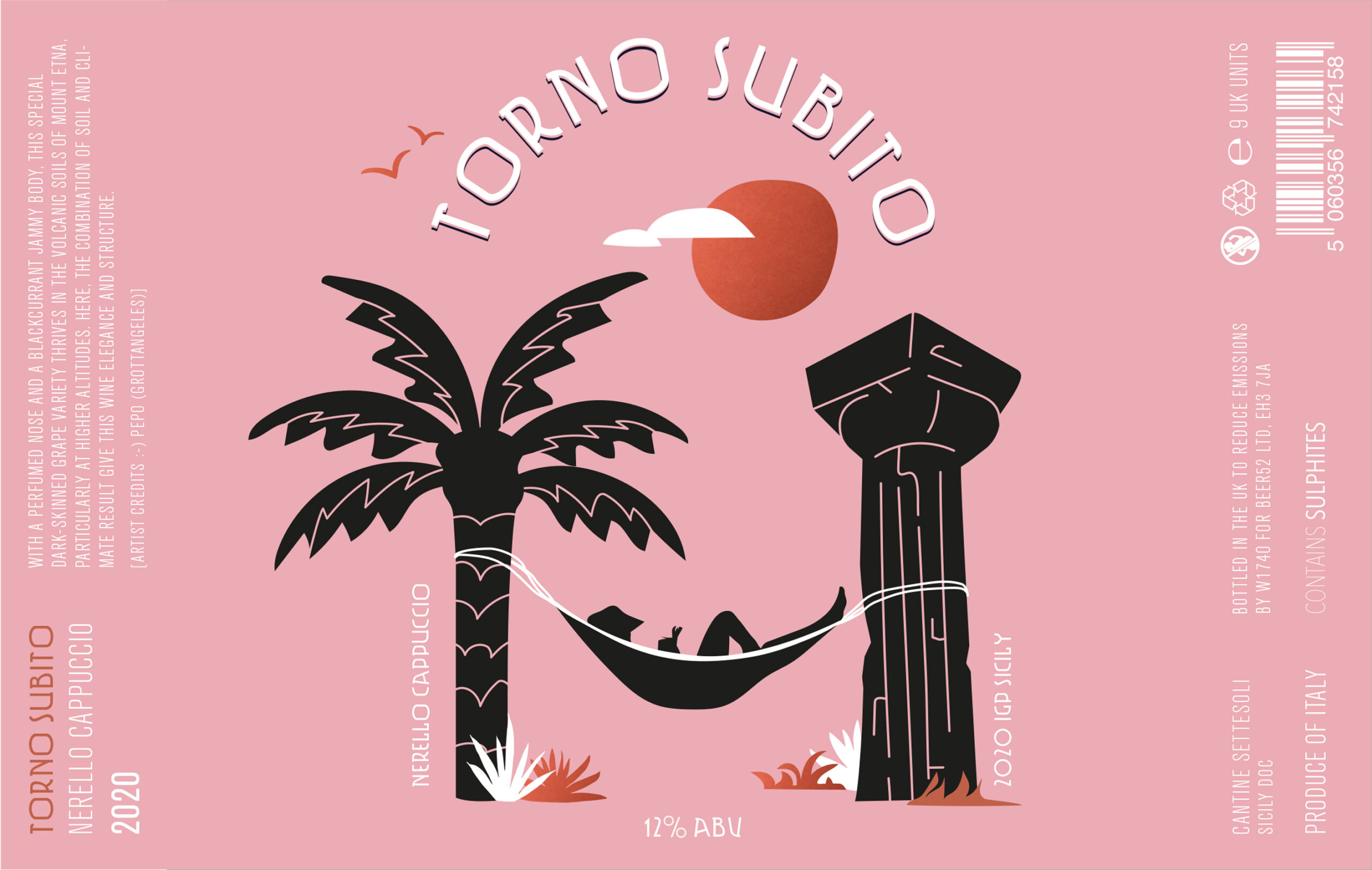 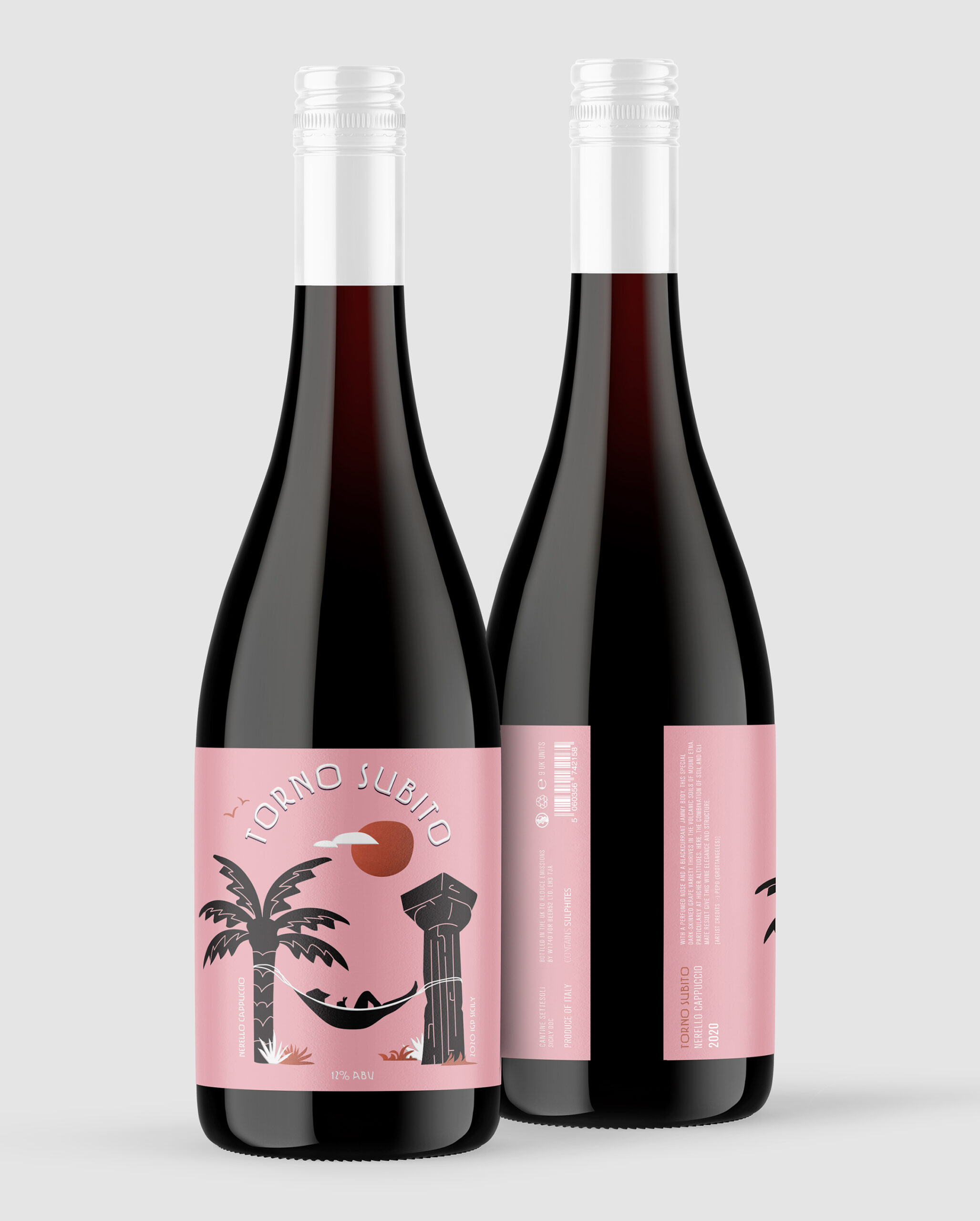 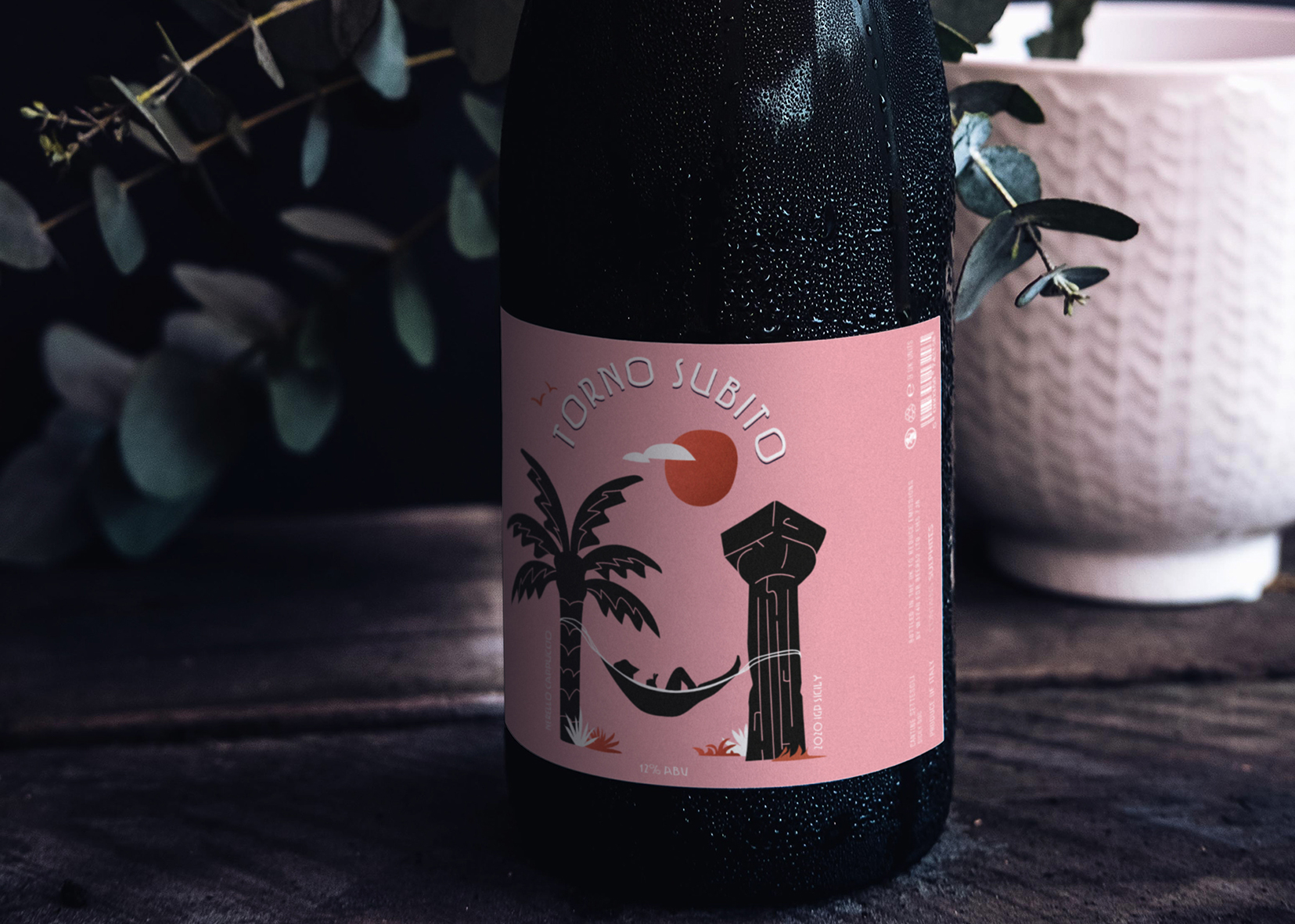