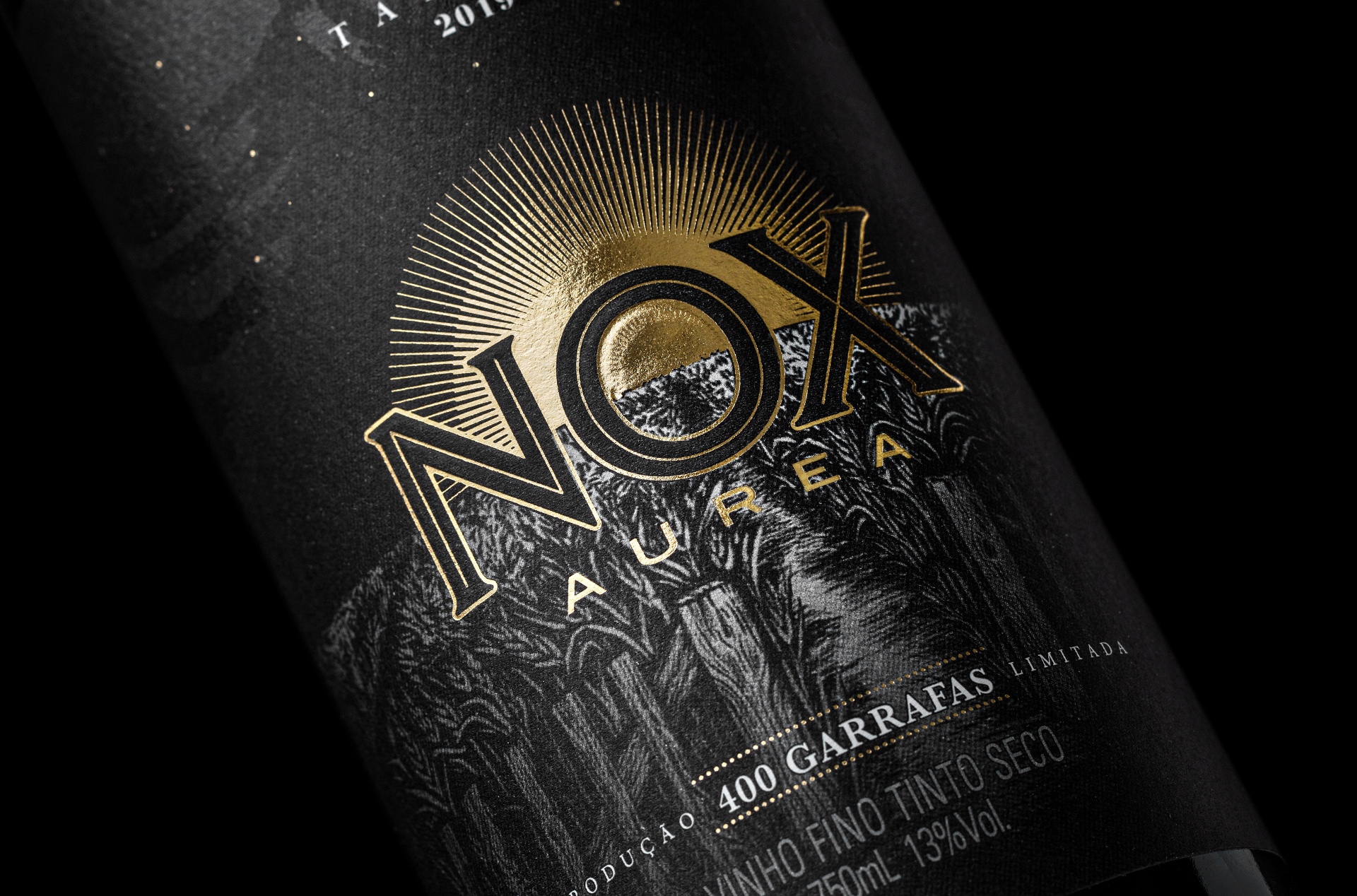 Casa Tertúlia is a winery in the northwest of southern Brazil. Located in a region called Alto Uruguai, the property’s main value is to bring people together in good times with stories, music and reciprocity and, of course, good wines. The Nox Aurea Wine Label Collection is a tribute by Casa Tertúlia to an intimate family history. Olivio (the grandpa) was a storyteller.

Among them was the Golden Night. According to his memoirs a glimmer of gold would appear some nights on the horizon, in the middle of the field and without knowing why, so strong that many believed it to be a treasure and began to look for it. They left their homes on the cold nights of Upper Uruguay and set about digging, finding nothing but the red earth that was grimy on their hands and hoes. They believed it to be the work of some magical spirit and pursued it with even more devotion. But as they approached, the light disappeared. The stings of gold that ignited the night and their hearts were nothing but their yearnings, desires for a treasure beyond. The earth, substrate of their lives, remained there, still remains, gilding dreams and hopes at dawn.

Nox Aurea, in Latin means Golden Night. A limited edition of the house produced in different varietals and bottle formats, challenging the creation of a label that would suit different formats. With details that tell the narrative through golden elements in a dark night represented in the textures, and label effects, Nox Aurea emerges as an icon of Upper Uruguay. 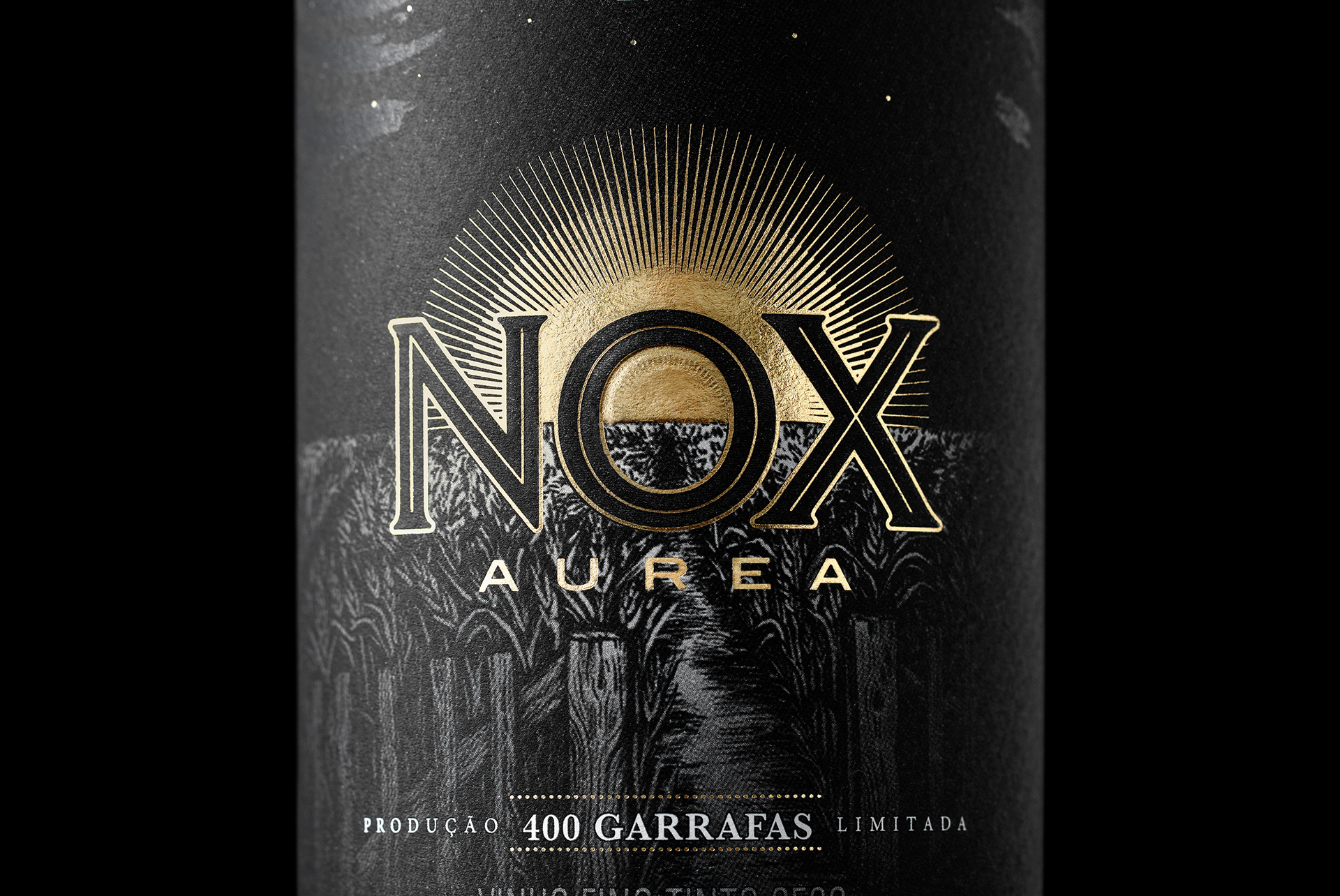 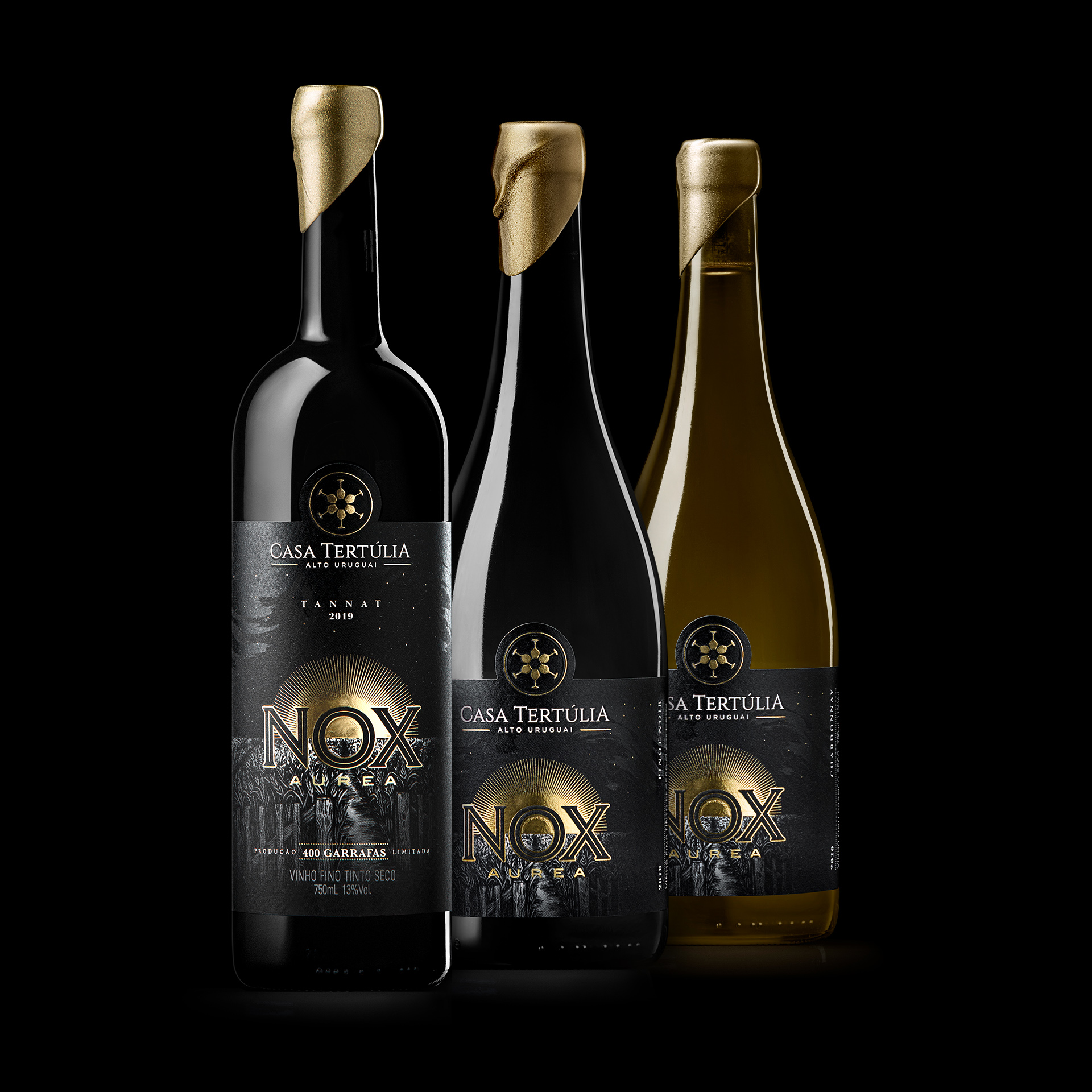 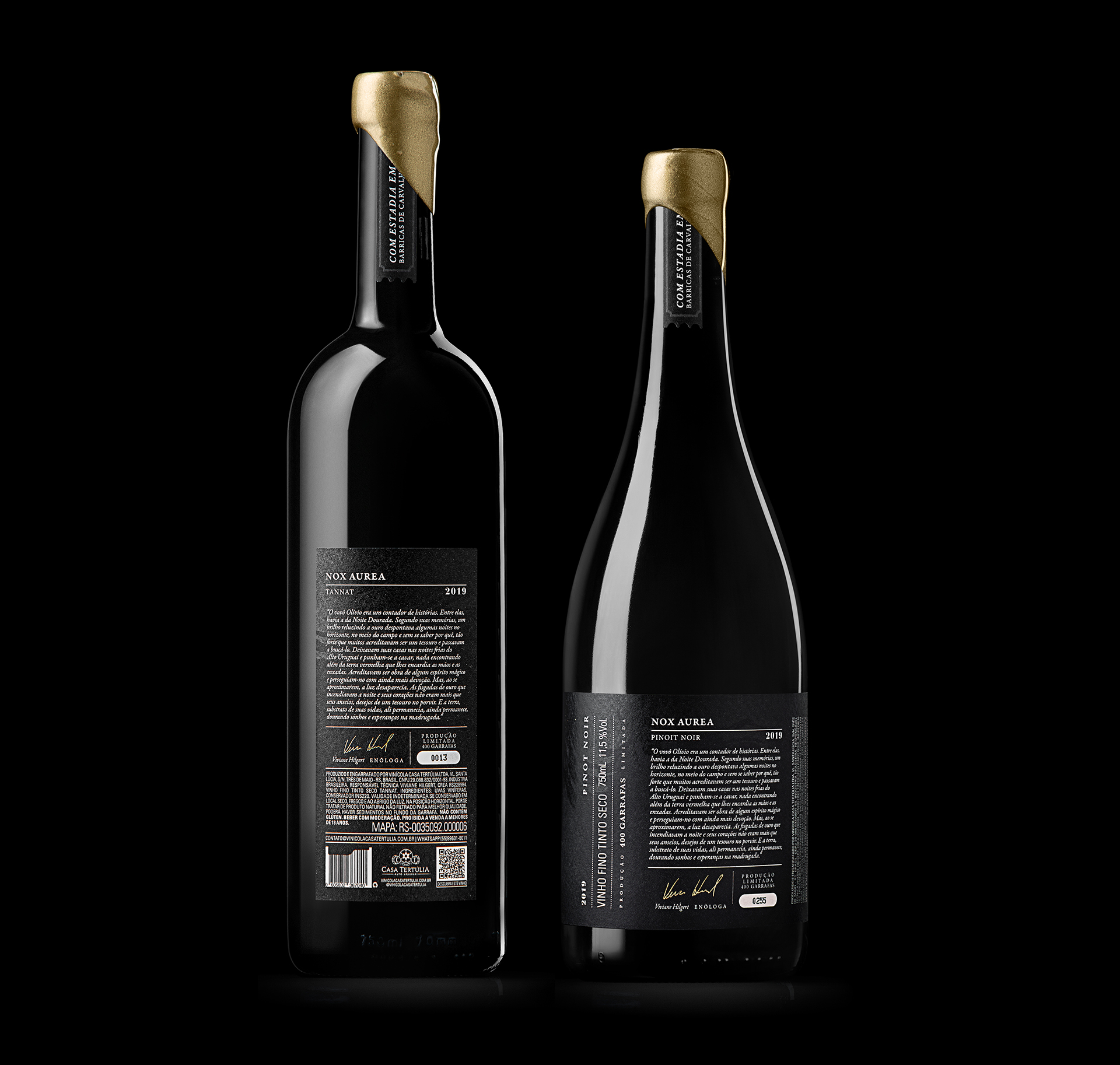 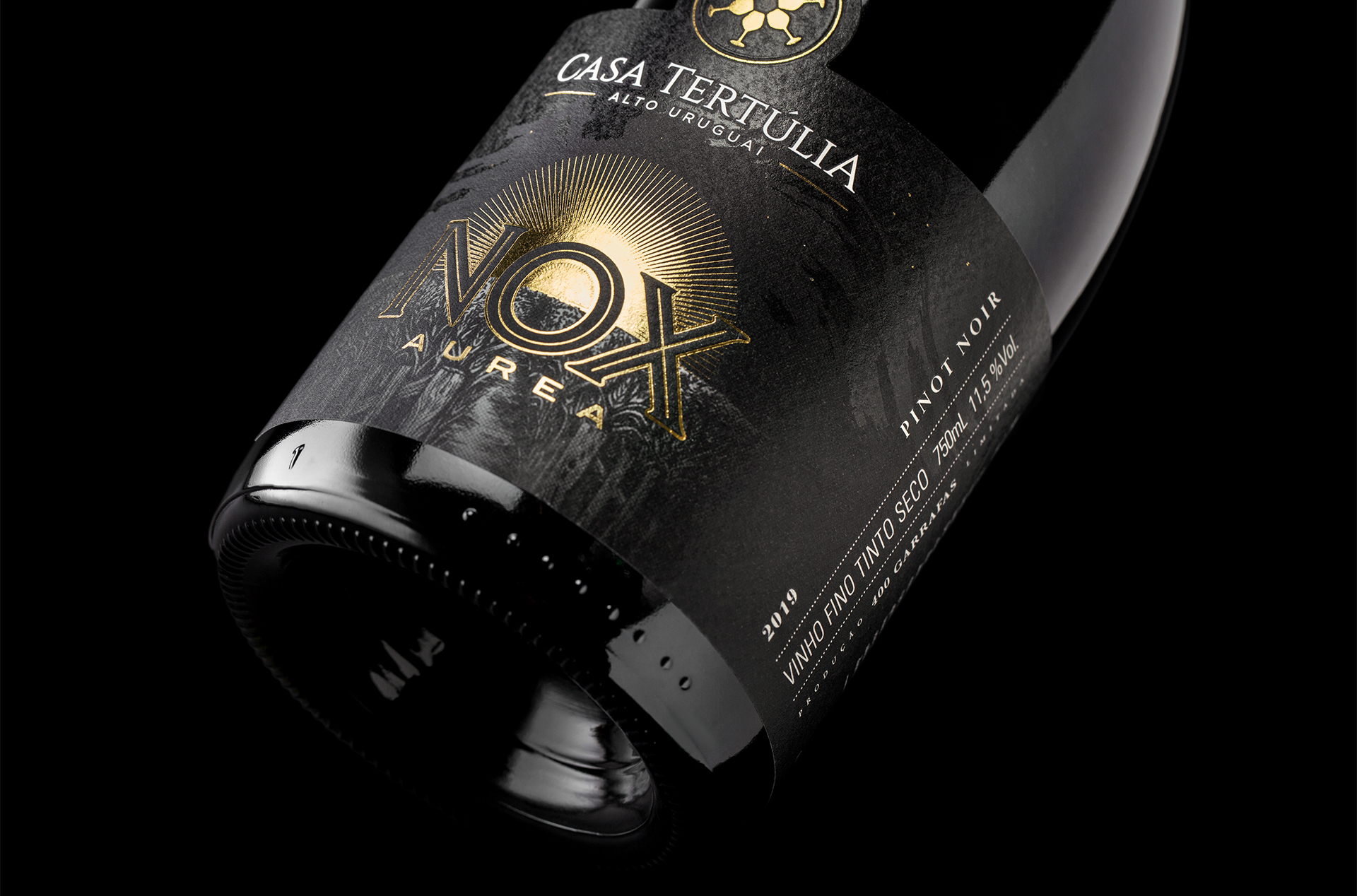 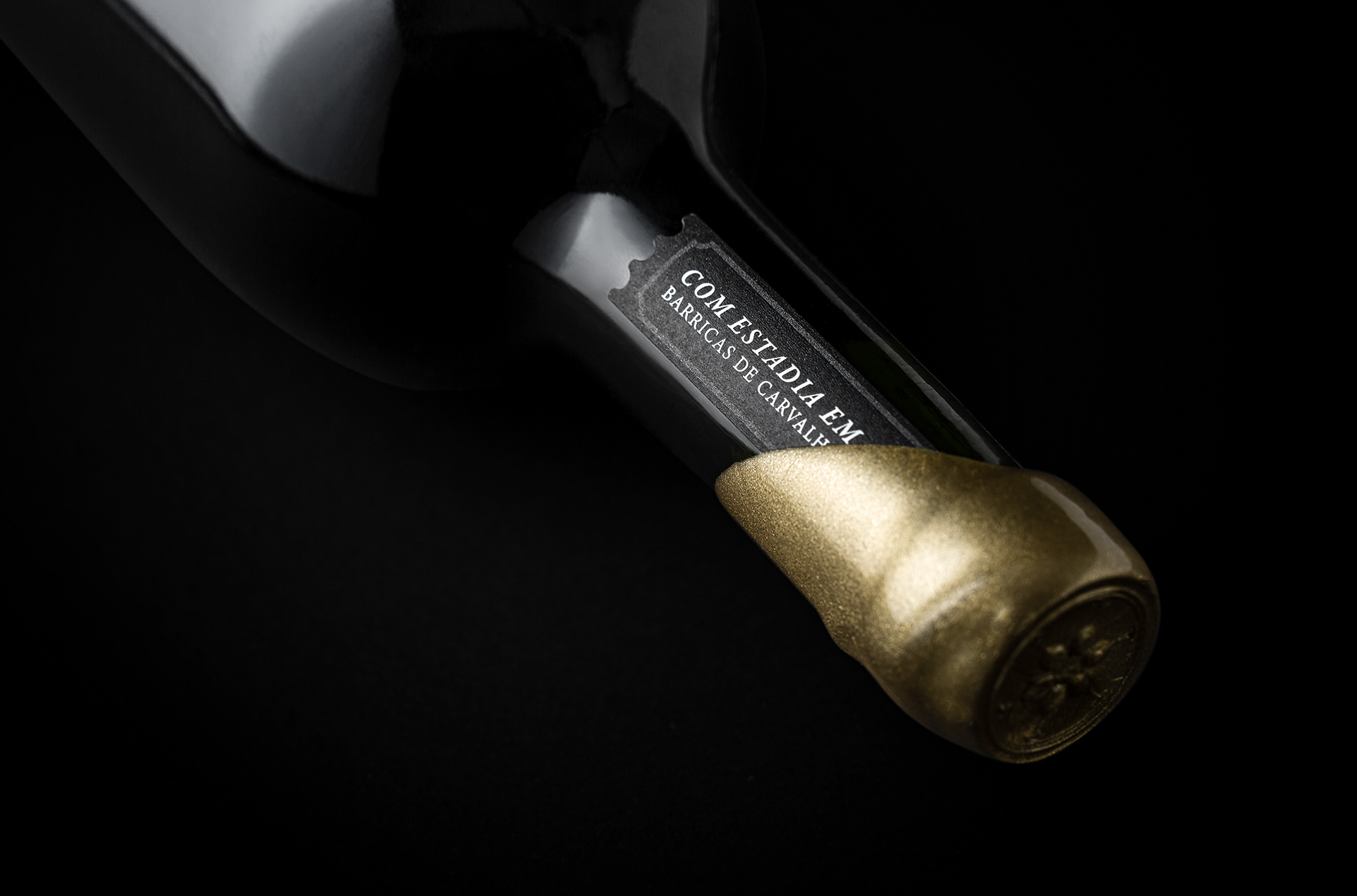 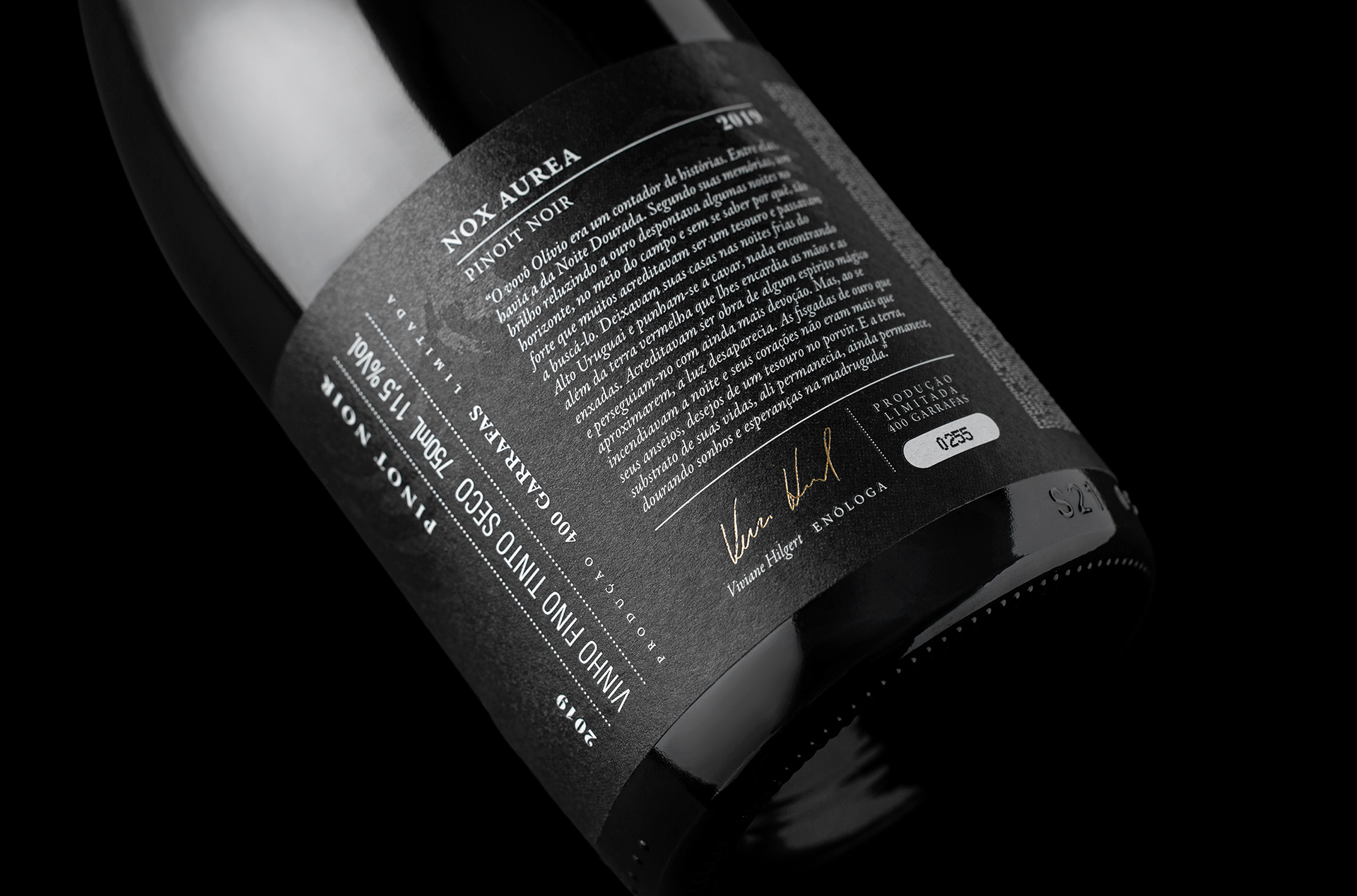 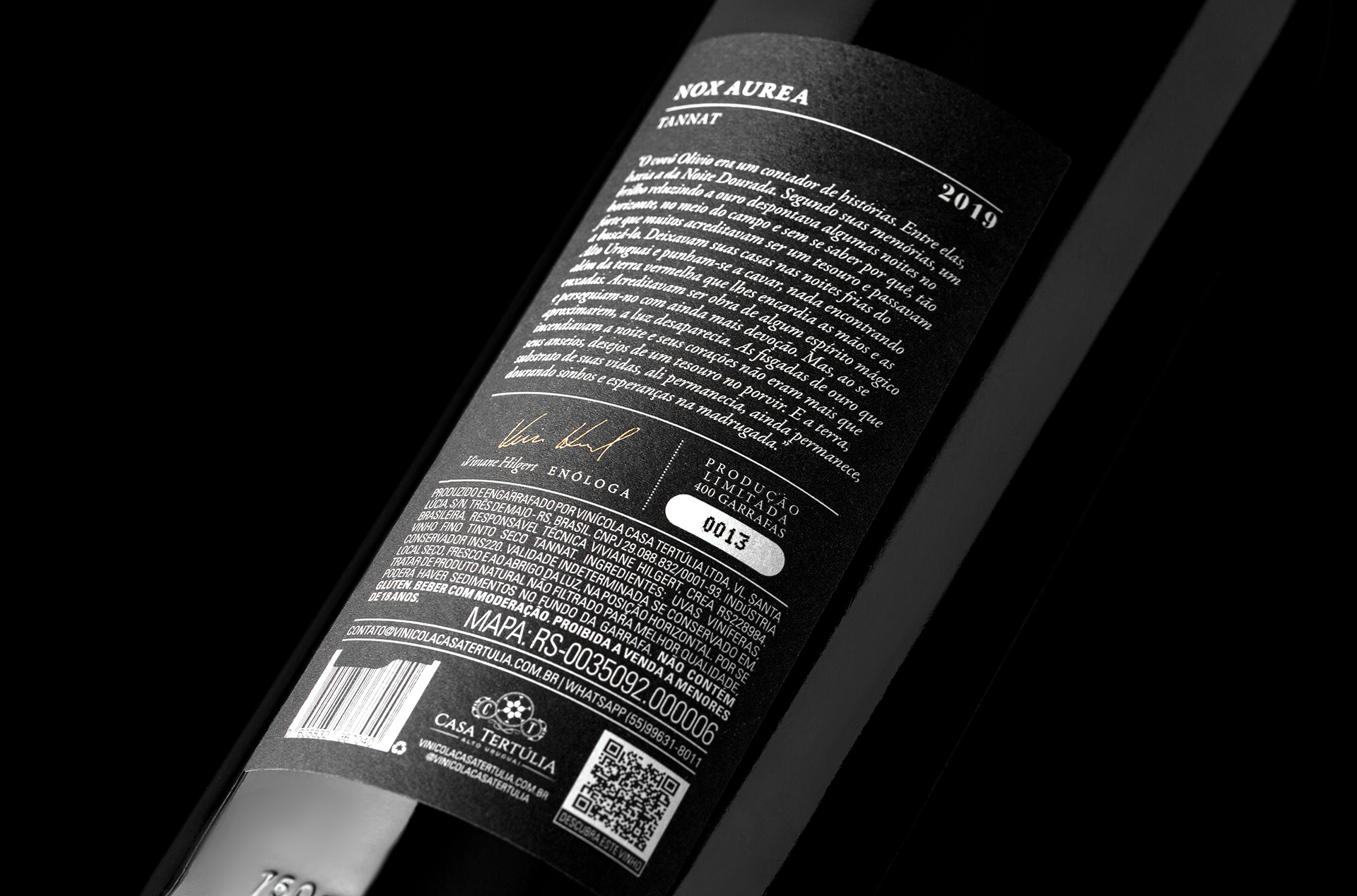 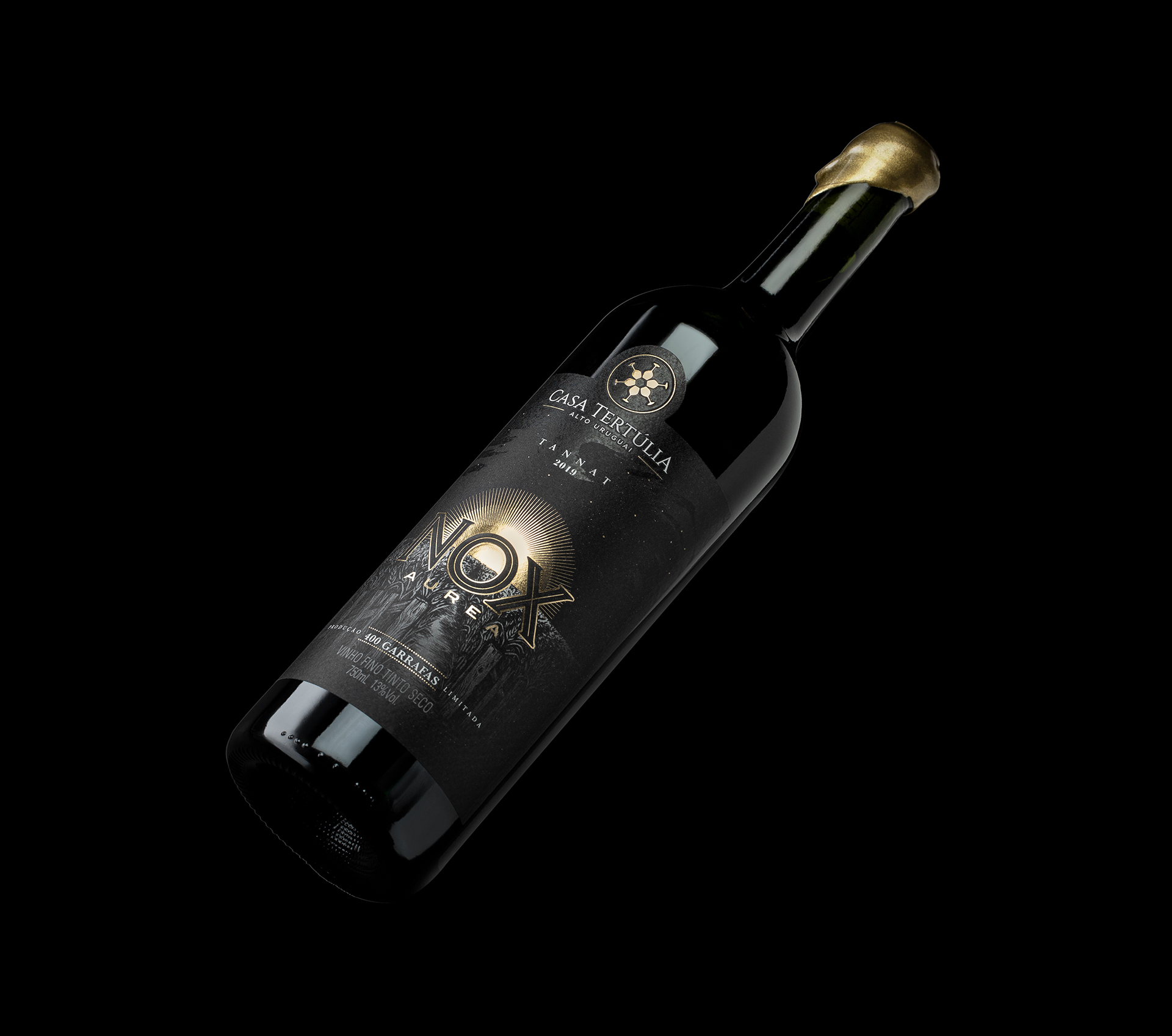 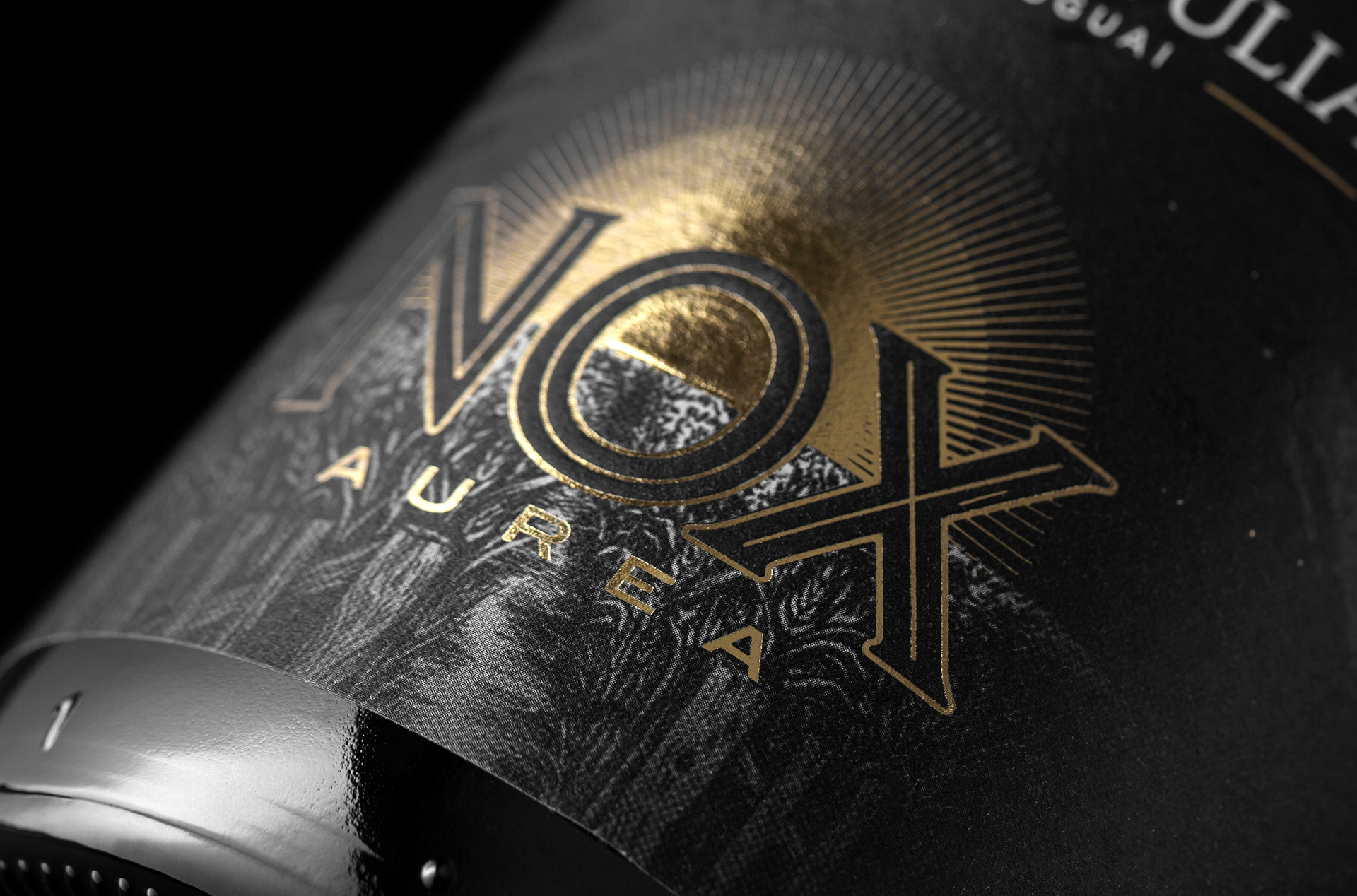 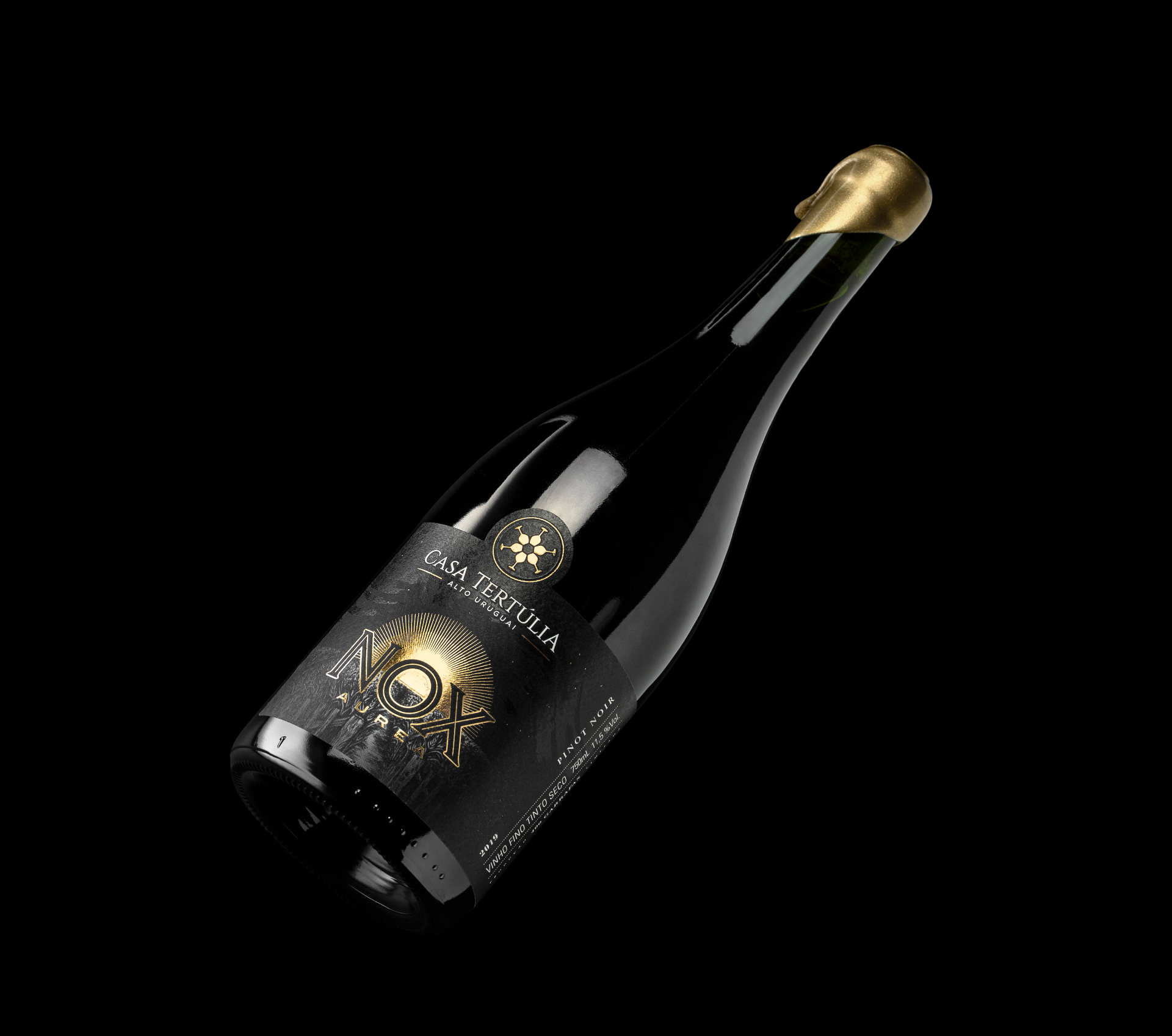