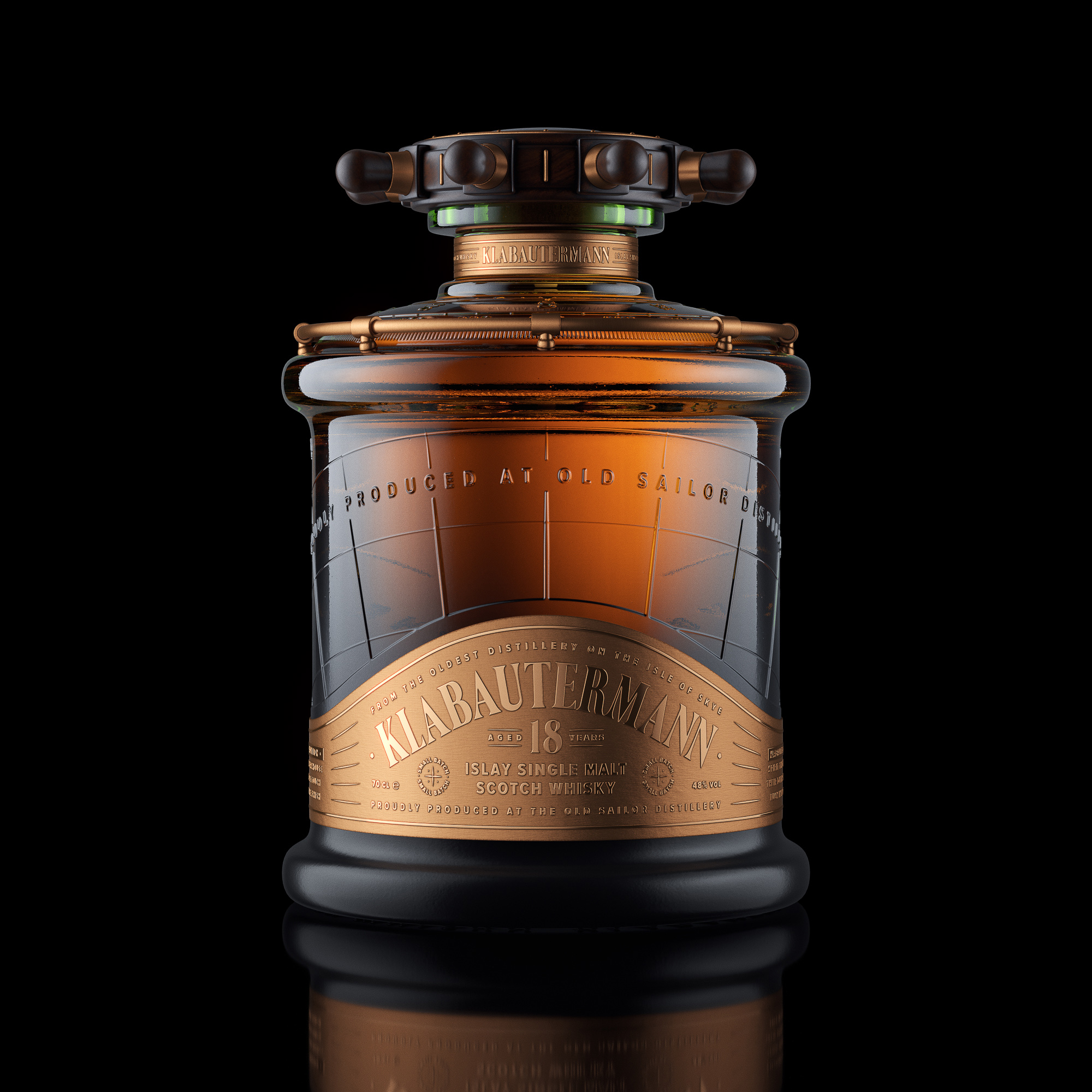 While reading about the folklore of European sailors, I came across an interesting term — KLABAUTERMANN.

KLABAUTERMANN — in the beliefs of the Baltic sailors — is a water spirit that assists sailors in their duties: helps sailors by warning them of danger, showing the ship’s course, etc. It is a merry and diligent creature, with an expert understanding of most watercraft, and an irrepressible musical talent.

It is believed to rescue sailors washed overboard. The name comes from the Low German verb “klabastern” meaning “rumble” or “make noise”.

His image is of a small sailor in yellow with a tobacco pipe and woolen sailor’s cap, often carrying a caulking hammer. This likeness is carved and attached to the mast as a symbol of good luck.

The description of the image of this spirit and the sailors theme became the basis for the creation of a silhouette and a common design idea for whisky.

The bottle is made of green-coloured glass with a black gradient covering, which gradually darkens the bottle to the bottom.

Embossing is applied to the entire side surface of the bottle in a stylized image resembling the lines of nautical charts: parallels, meridians, etc. On the top of the bottle there are elements and symbols of a compass: the degree scale and the cardinal points.

The weighted T-cork is made of wood in the form of a sea wheel with a compass placed in its center, covered with glass. The cork is decorated with metal elements.

Metallic label with a brushed finish encircles the bottle down below. The label is made in the style of old metallic signs with embossed glossy polished design elements coated with a thin layer of patina.

KLABAUTERMANN is a premium 18 years Islay single malt whisky, produced at the OLD SAILOR DISTILLERY, located on the Isle of Skye, Scotland. This is a small batch edition, matured in the distillery warehouse near the sea for a touch of sea salt on the finish. 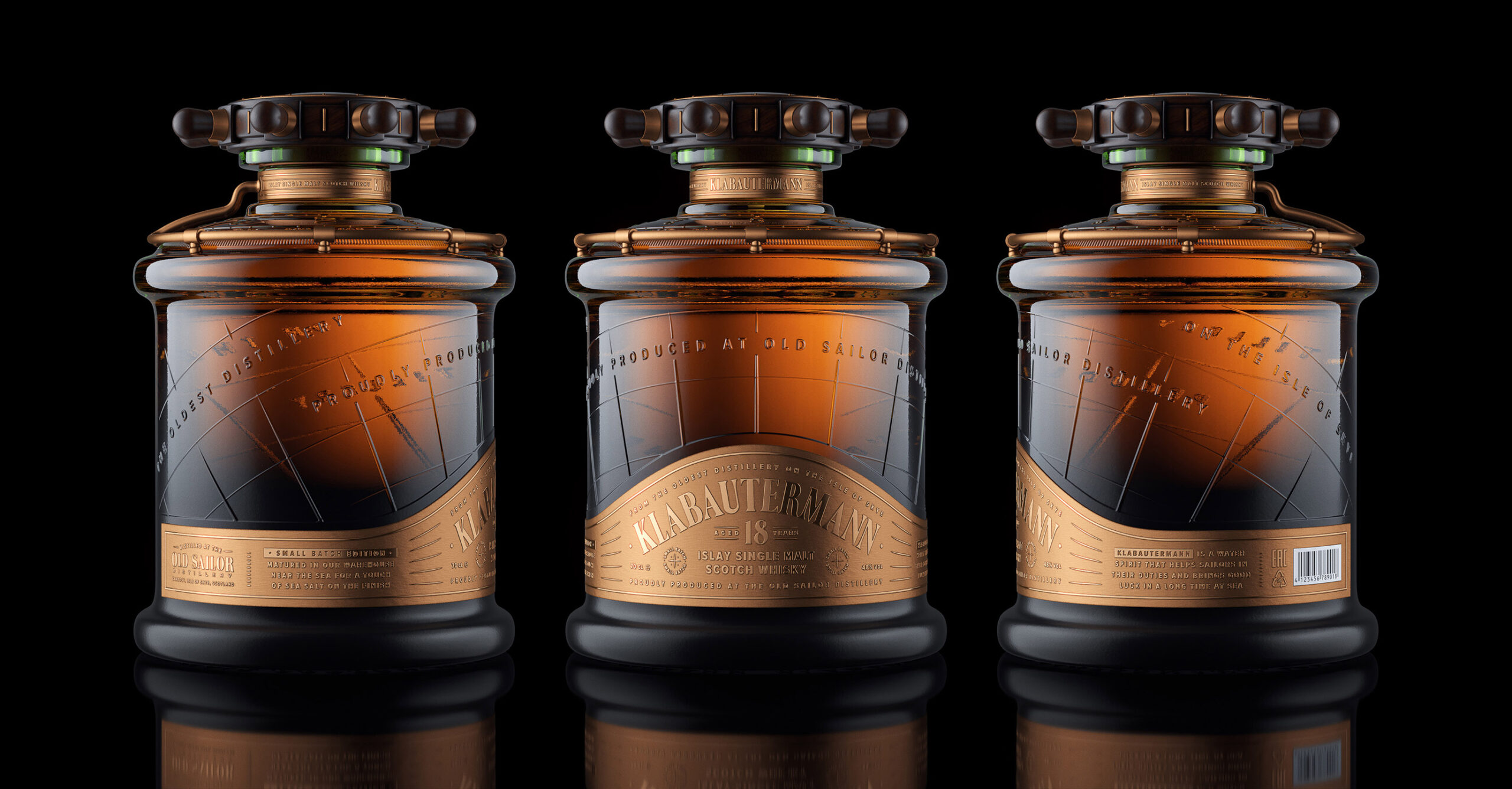 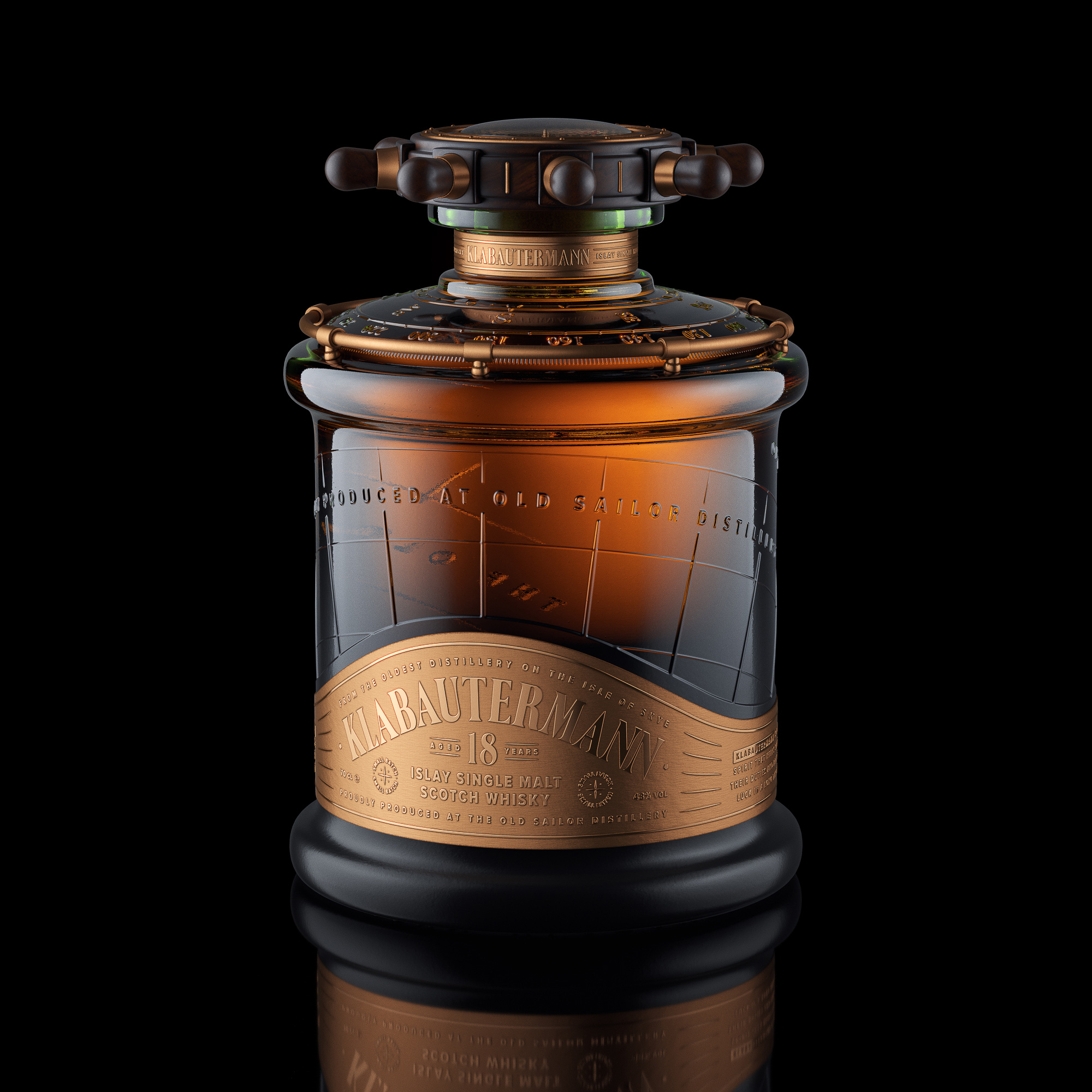 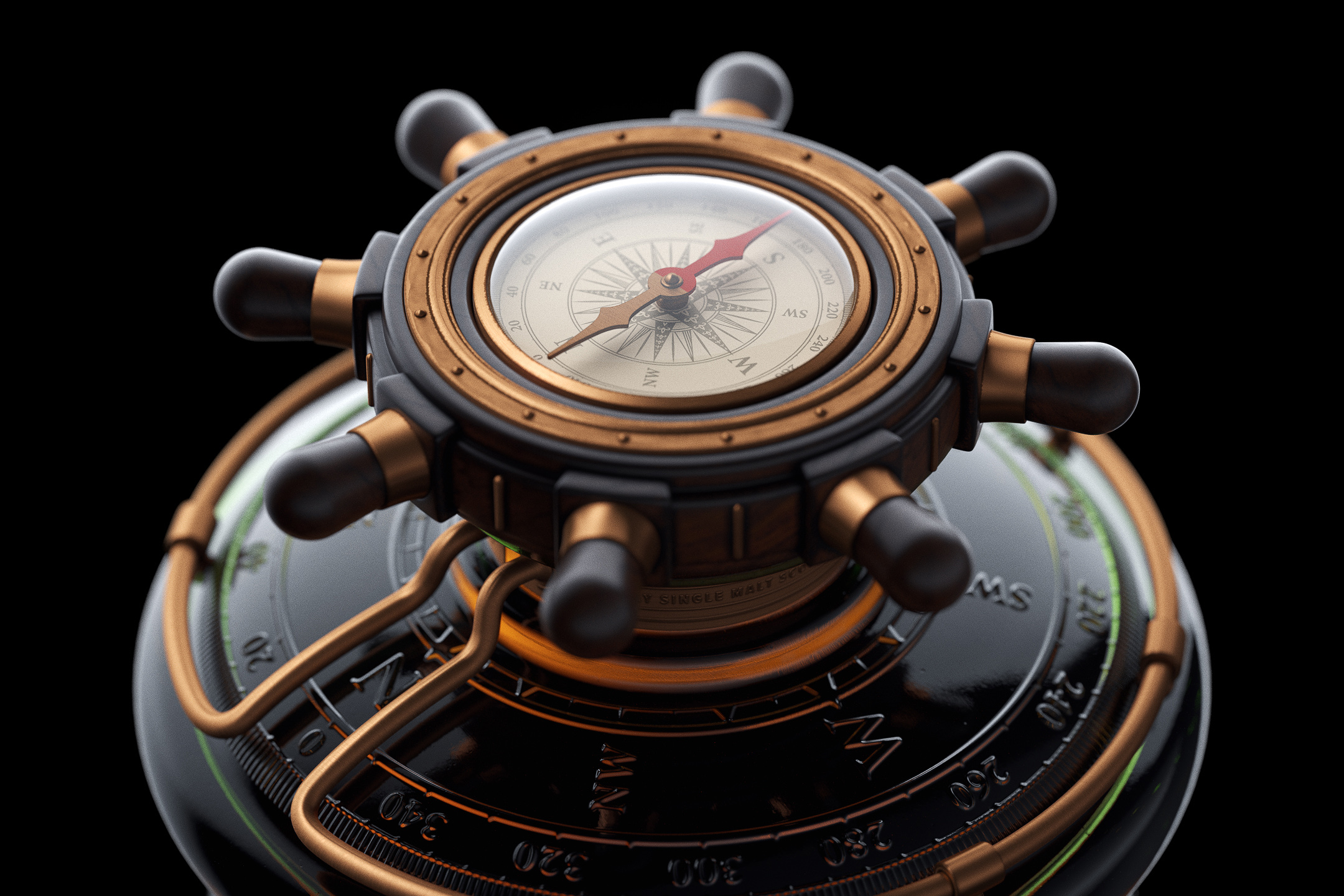 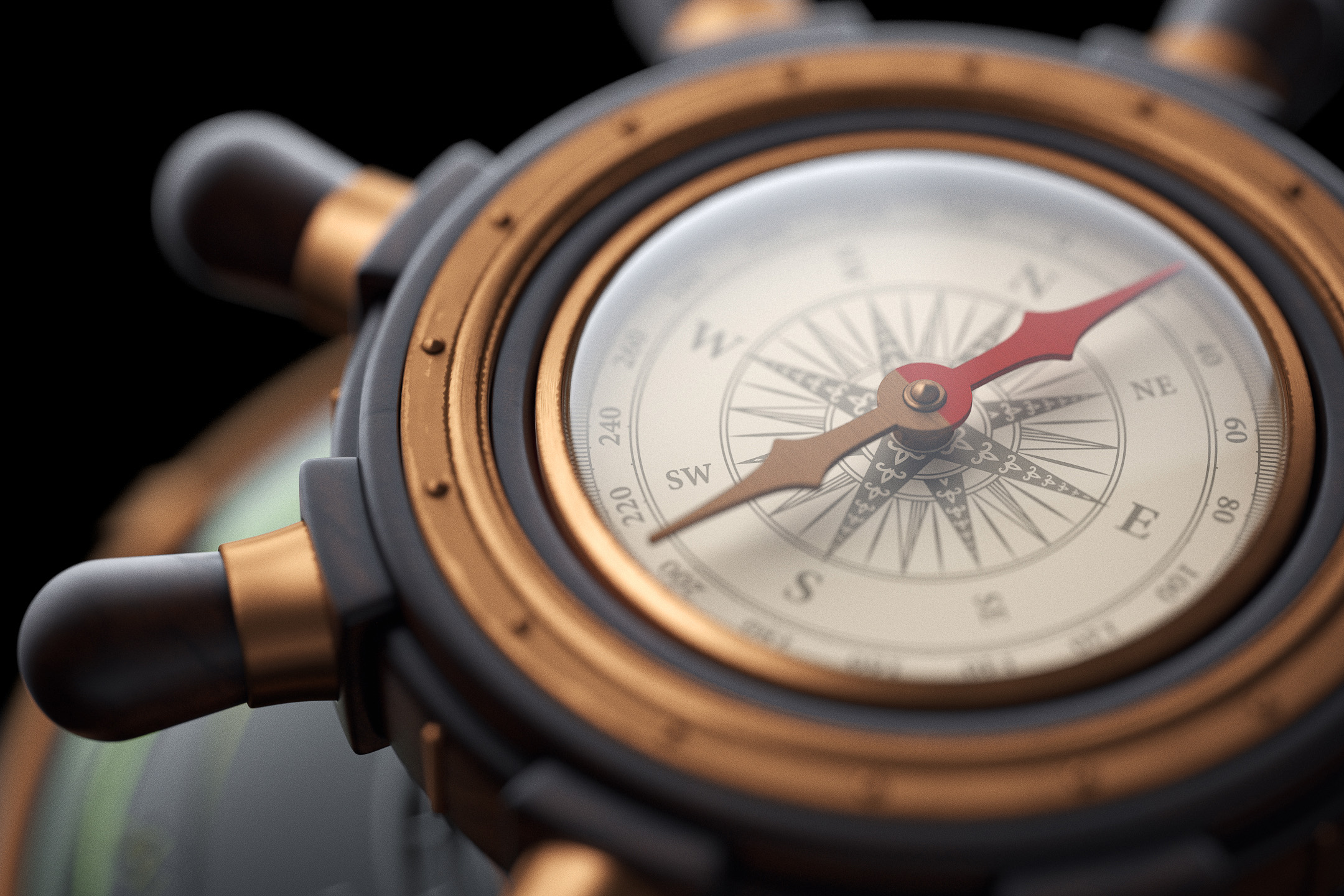 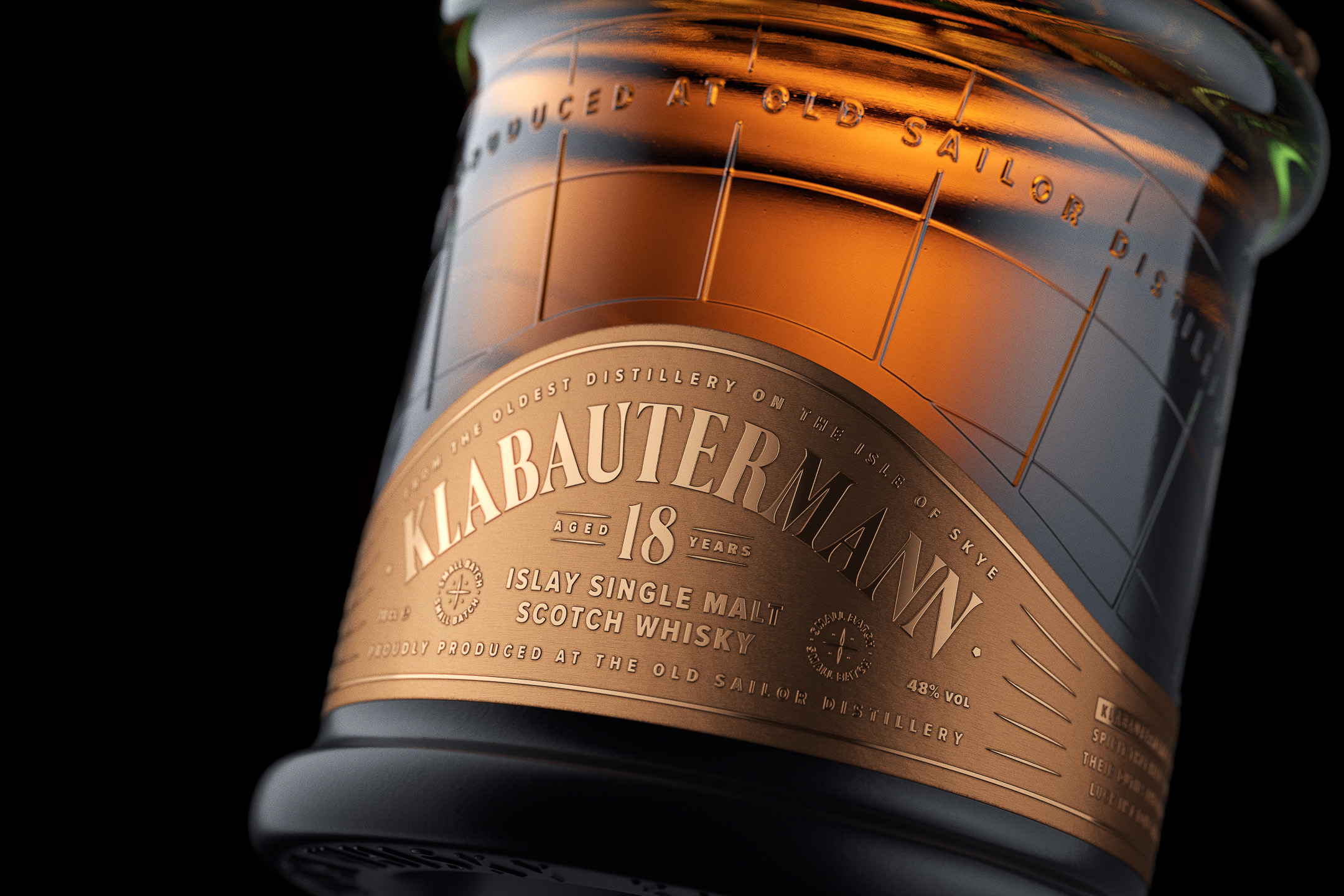 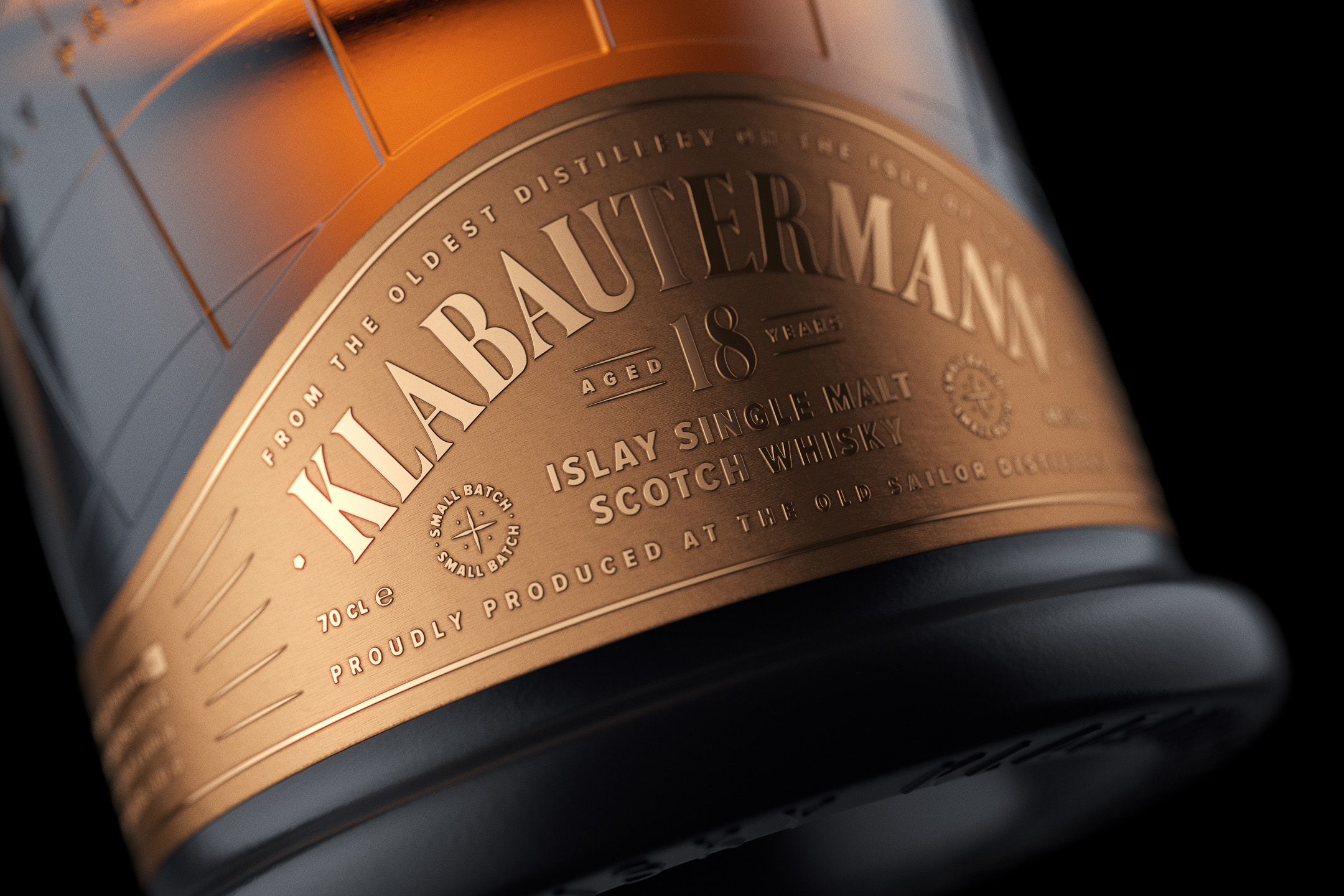 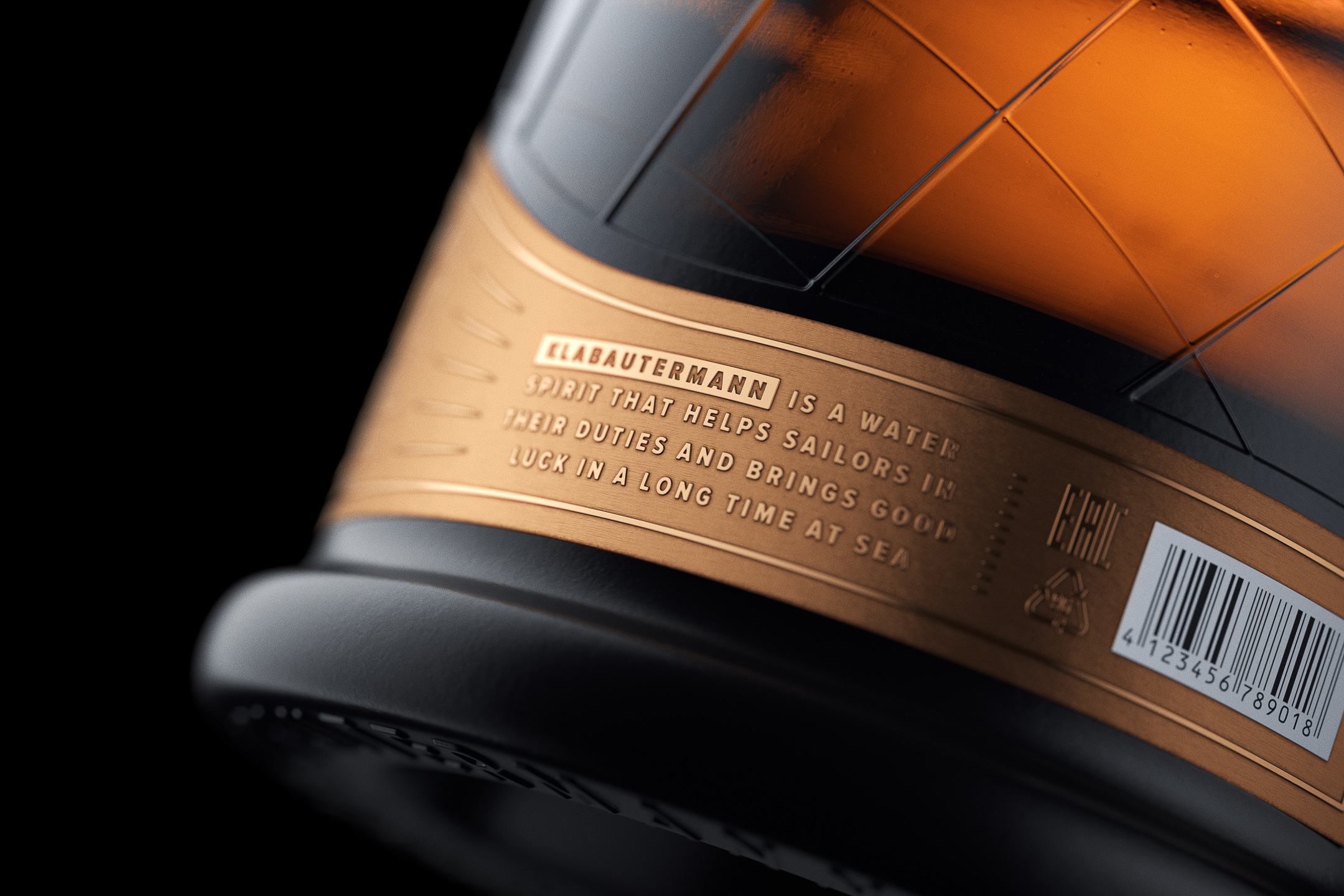 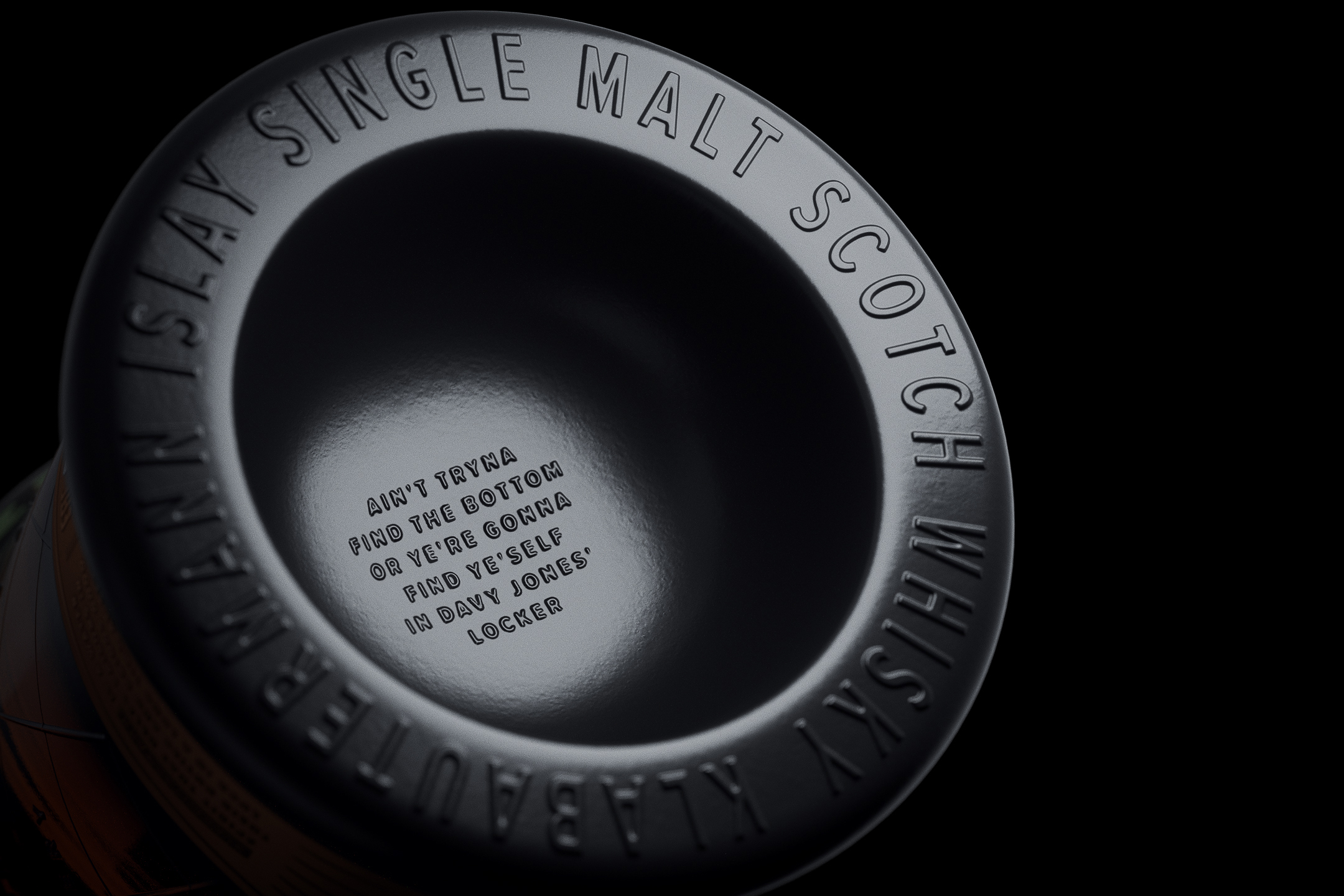 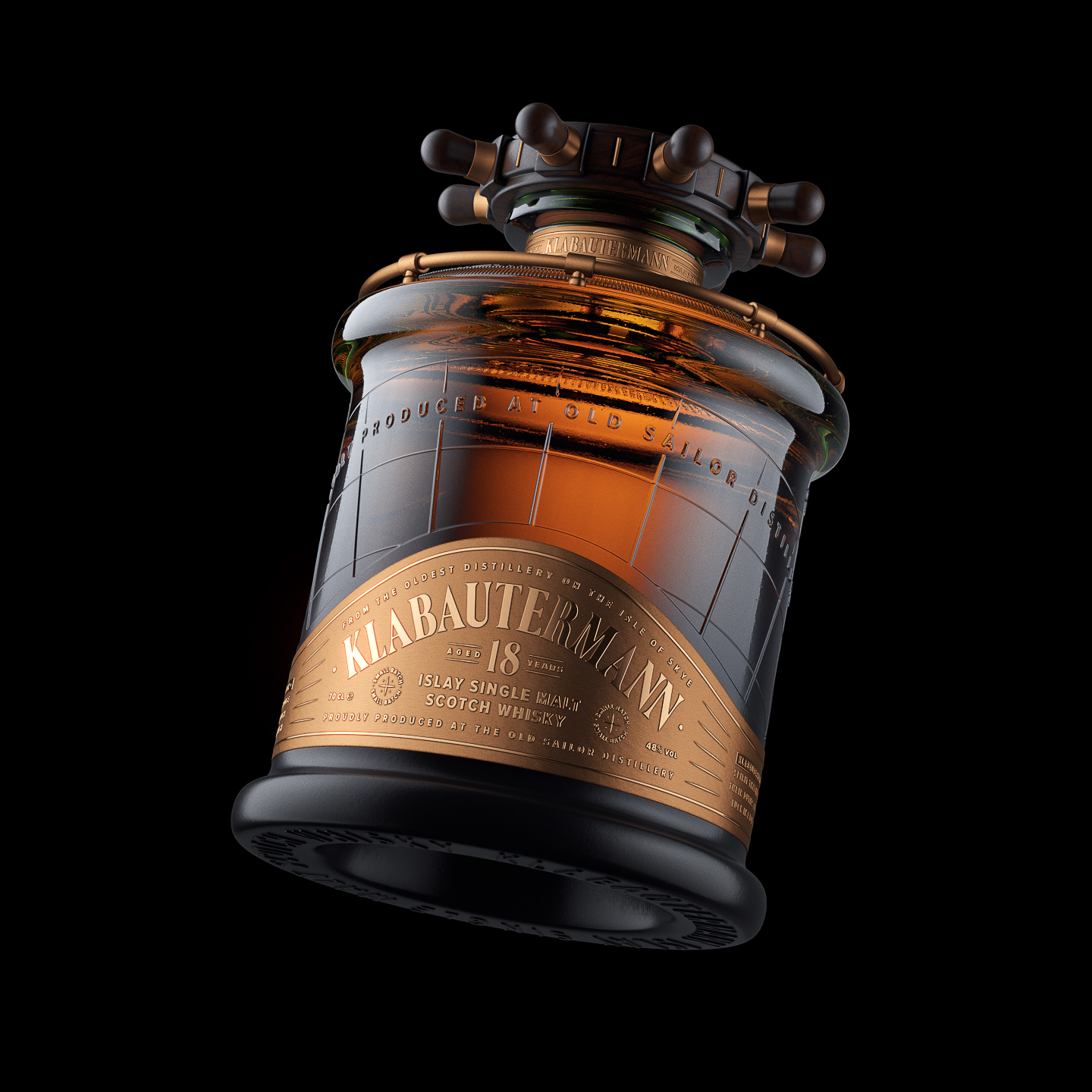