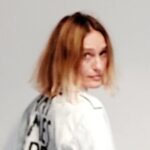 Active 5 months, 2 weeks ago
Slovenia
Petja has been in advertising for 24 years, during which time she has worked as an Art director for several advertising agencies, including Luna/TBWA, Studio Marketing/JWT Slovenia 7 Croatia, Arih Advertising, New Moment Slovenia, Publicis Slovenia, McCann and currently, Vodik . Petja has been awarded numerous times at Slovene national festivals and at international festivals such as Golden Drum, Cresta, Moscow International Advertising Festival, and New York Festivals. She has attended the David Carson workshop and later her work was even included in David’s book. Petja has received the Slovene Best CD cover award and the Award of Excellence in Communication Arts Magazine, both for the year 2001. She was a member of the international regional jury of Cresta Festival in 2004 and the first female President of the jury of the Slovene Advertising Festival that same year. Her work has been published in PRINT Magazine. She was the Head Art Director of Publicis Slovenia and her work has contributed substantially to the agency being awarded “Agency of the Year “in Slovenia in 2009. She is driven by the thought that some campaigns actually do change things. This is where her dedication and contribution to charity campaigns come from. Some of her campaigns for Amnesty International and Unicef resulted in huge recognition in Slovenia and at several international festivals as well. Whenever she can find the time, she fuels her creativity by exhibiting with the Designers Society of Slovenia. She has her own brand Artpump where she has the freedom to express artistically.“Be a woman” is the title of her own exhibition and her ongoing creative challenge. EDUCATION: Graduated from the Academy of fine arts in Ljubljana, Slovenia. Various workshops and conferences ( ICOGRADA – International Council of Communication Design, ICSID – International Council of Societies Of Industrial Design, Golden Drum, David Carson, Hort, Creative Mornings) more..
Active 5 months, 2 weeks ago
View
View
View
View
View