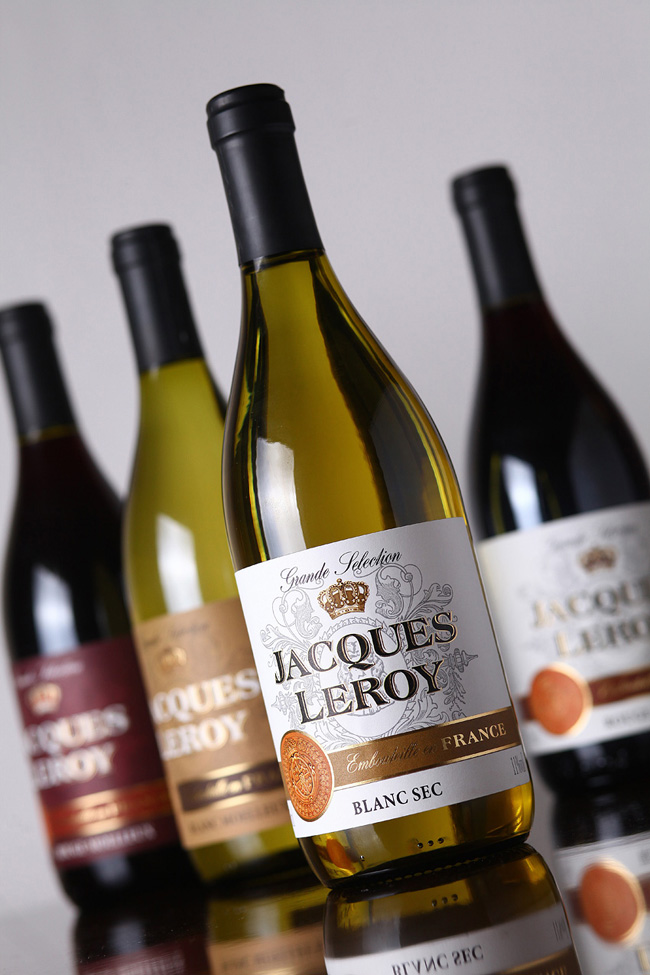 We have developed label design for the series of French ordinary wines under Jacques Leroy trade mark. TM was called after the name of marshal of France, the first half of XIX century, in some measure it emphasizes the traditional character of a product.

The task was to create a label design in a distinctive appearance of French wines. Taking into account that wine is produced in France and then is distributed in counties of CIS, we used well-known heraldical elements that are commonly found in traditional French wines, at the same time we made it in more colorful and eye catching manner. 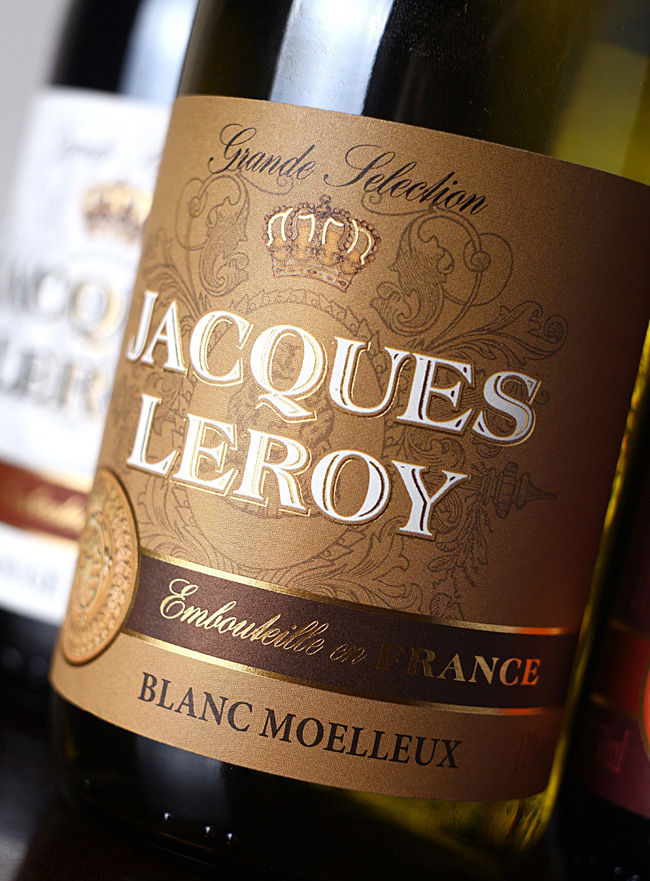 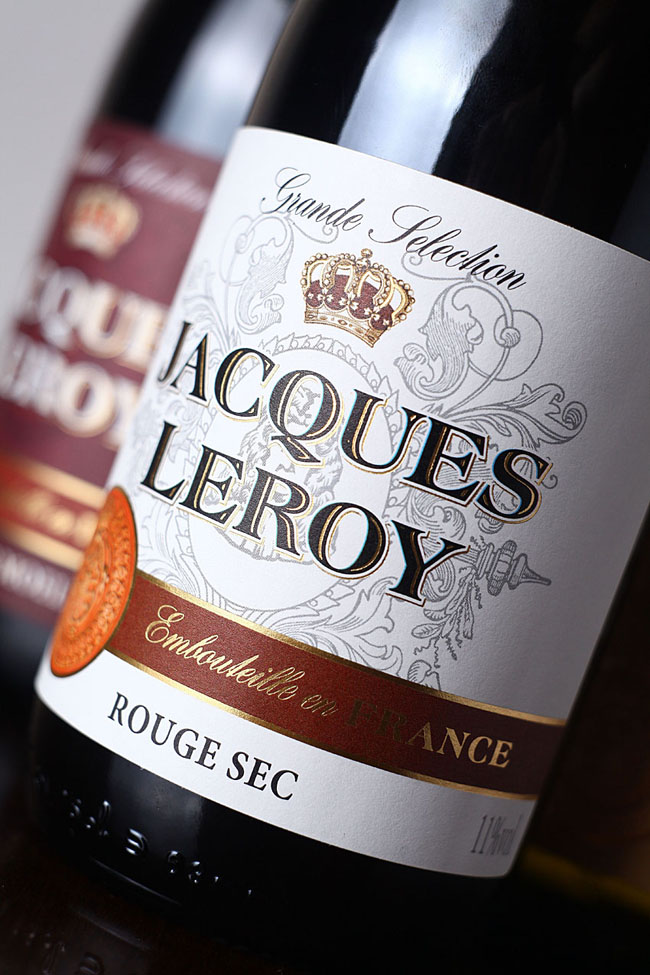 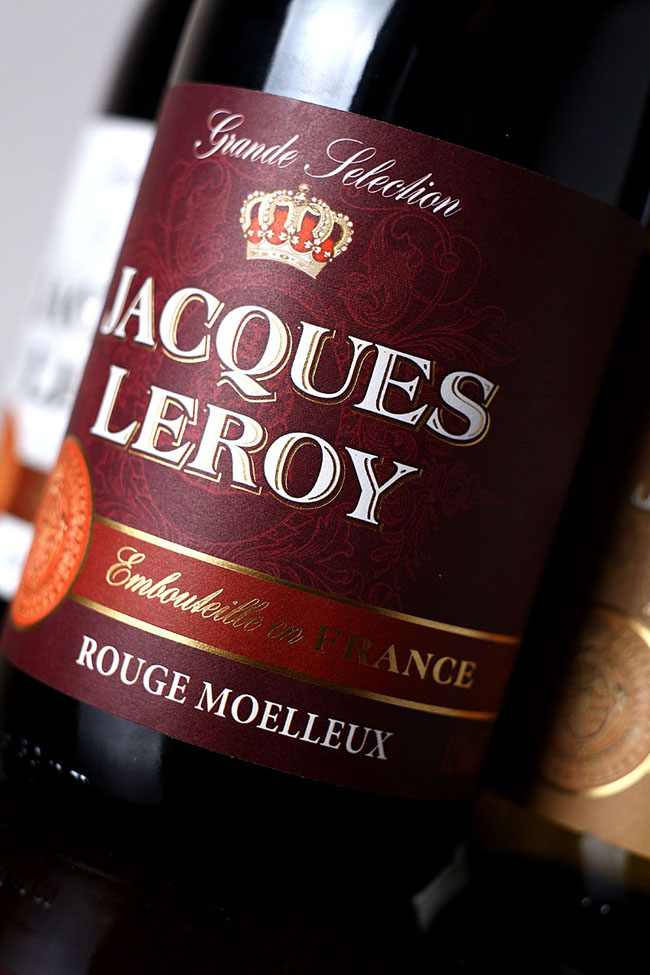 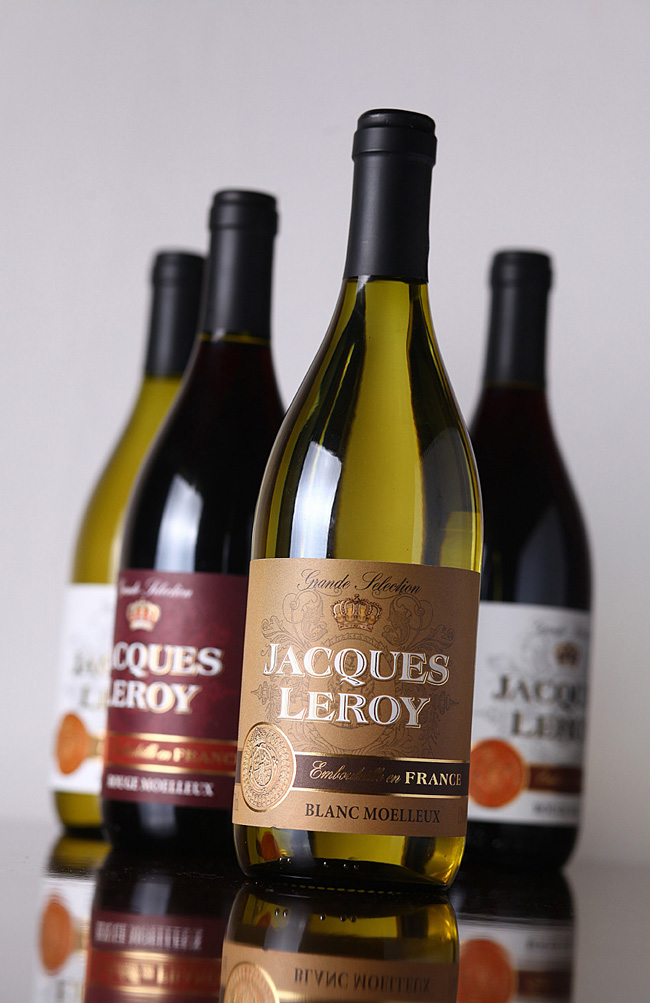 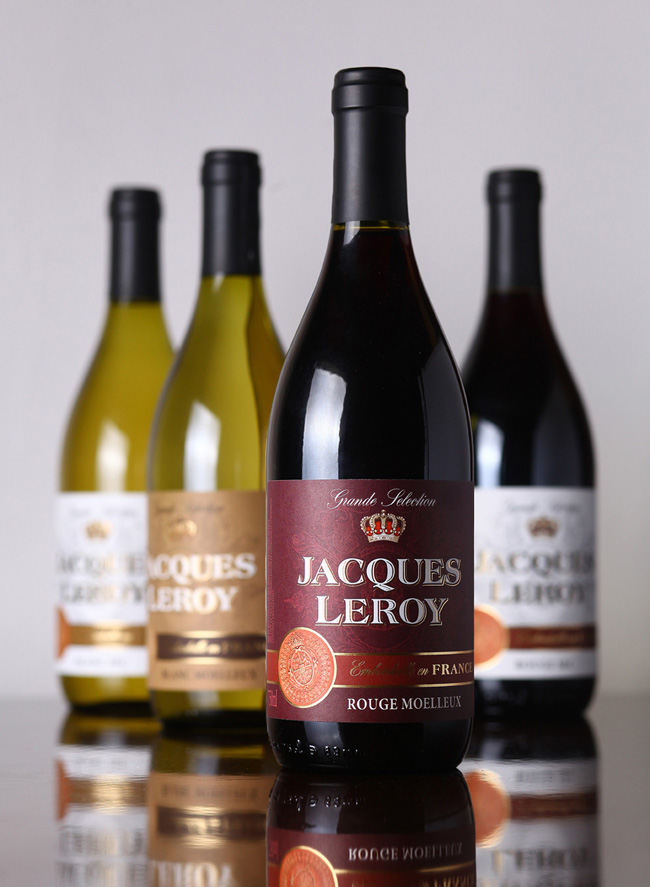