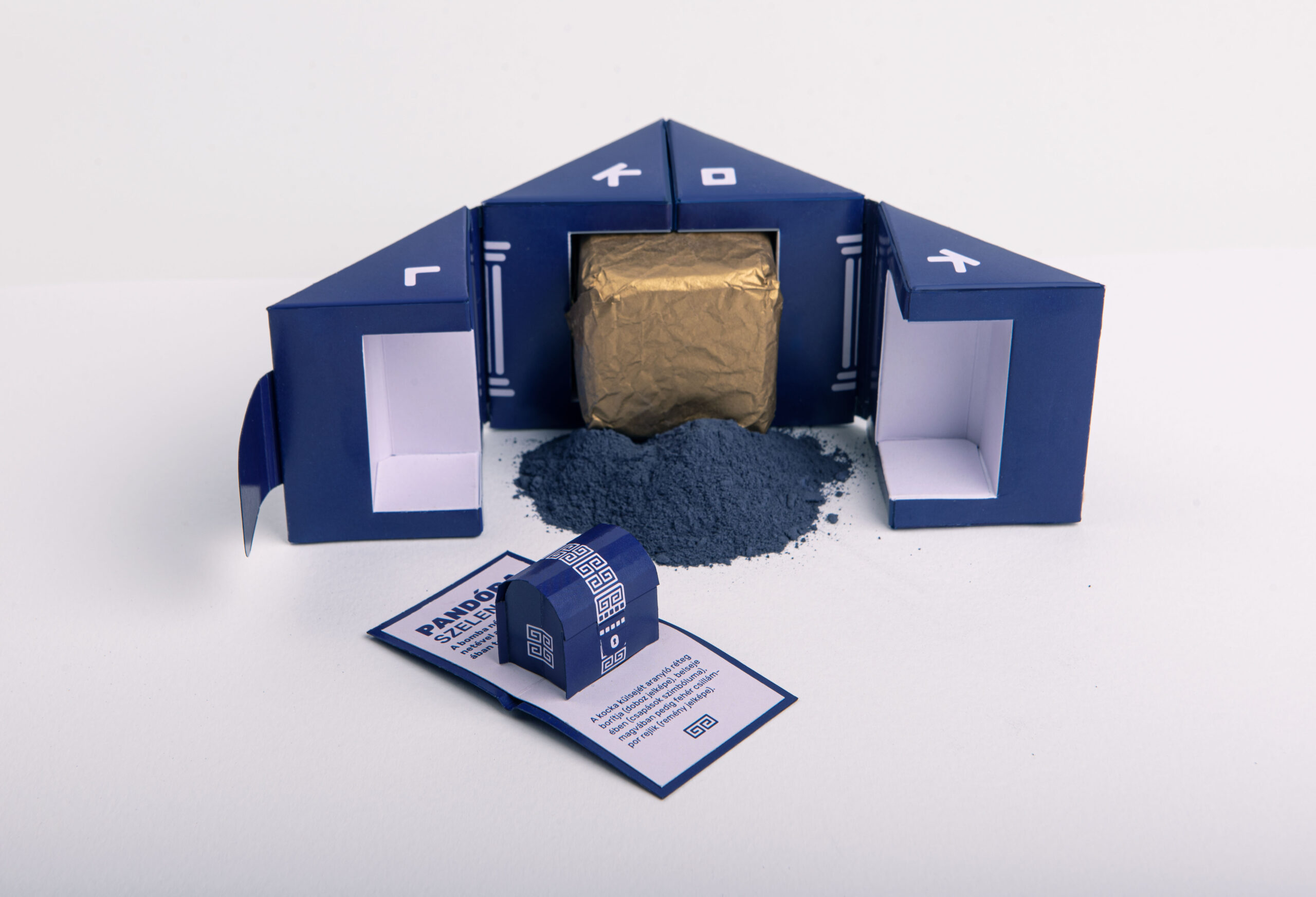 In the present project, I designed the image of a bath bomb company named Kock.

Two packages were made for the bombs. I built the image based on the shape of squares and cubes, as the company makes exclusively cube-shaped bath bombs. The colors of the palette chosen for the brand are notably far apart in the color spectrum, since the main characteristics of the company are creativity and humor.

The bath bomb in the first package bears the title of The Die is Cast. The caesarean nature of the quote appears in the choice of the inner color. The Hungarian translation of the quote can also be interpreted as The Die is Sown: due to this, I designed the package’s opening mechanism to embody the flowers’ blooming gesture.

This bomb was inspired by the mythological story of Pandora’s Box. Thus, the colors and patterns retain the Greek style. Additionally, the history of Pandra’s box is reflected in the colors of the bomb itself, as the box is represented by the golden paper, the evils are characterized in the outer black layer of the bomb, and the hope is symbolized in the white, shimmering powder in the core of the bath bomb. The inside of the box also hides an illustrative card wih a pop-up box, that can be opened separately. 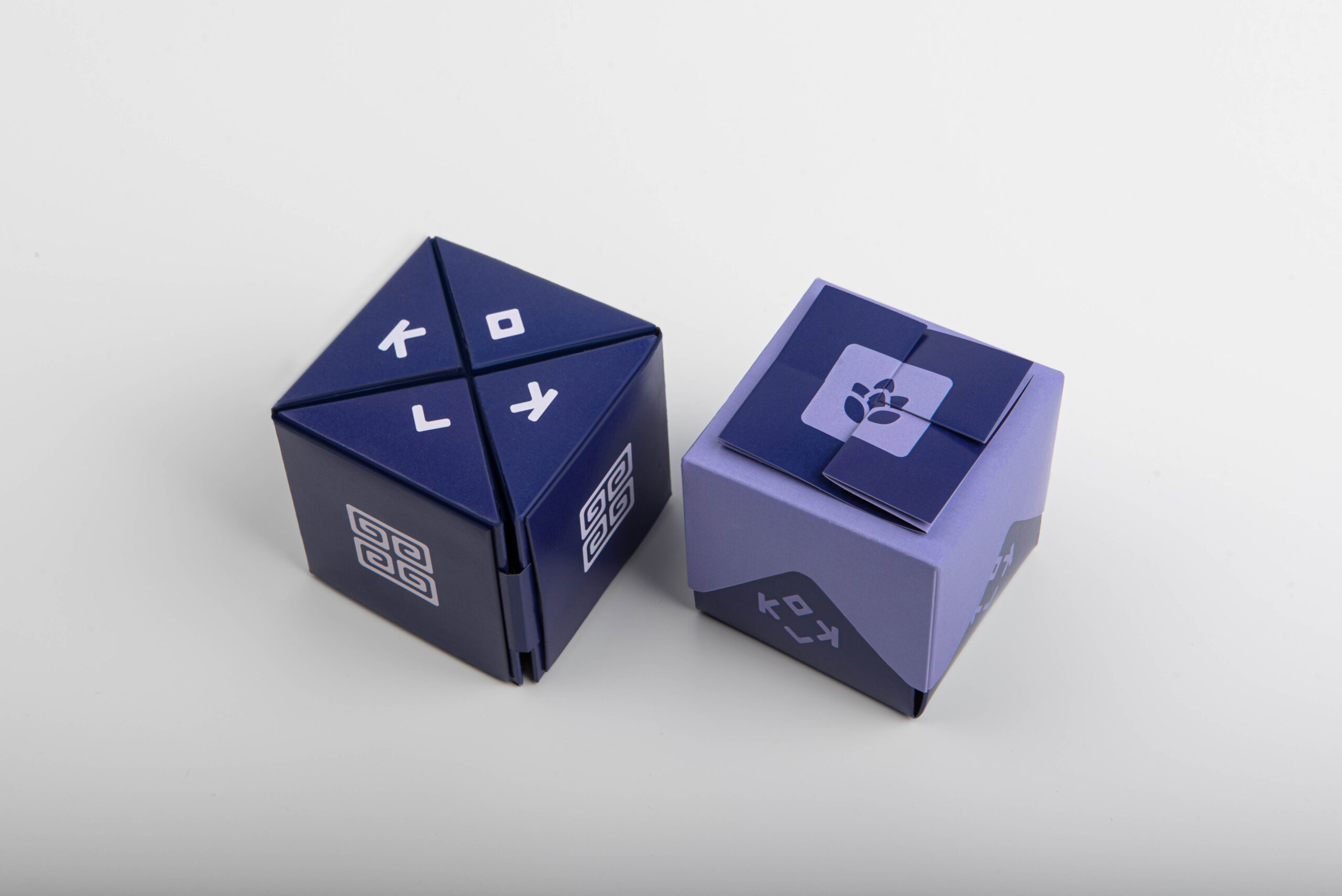 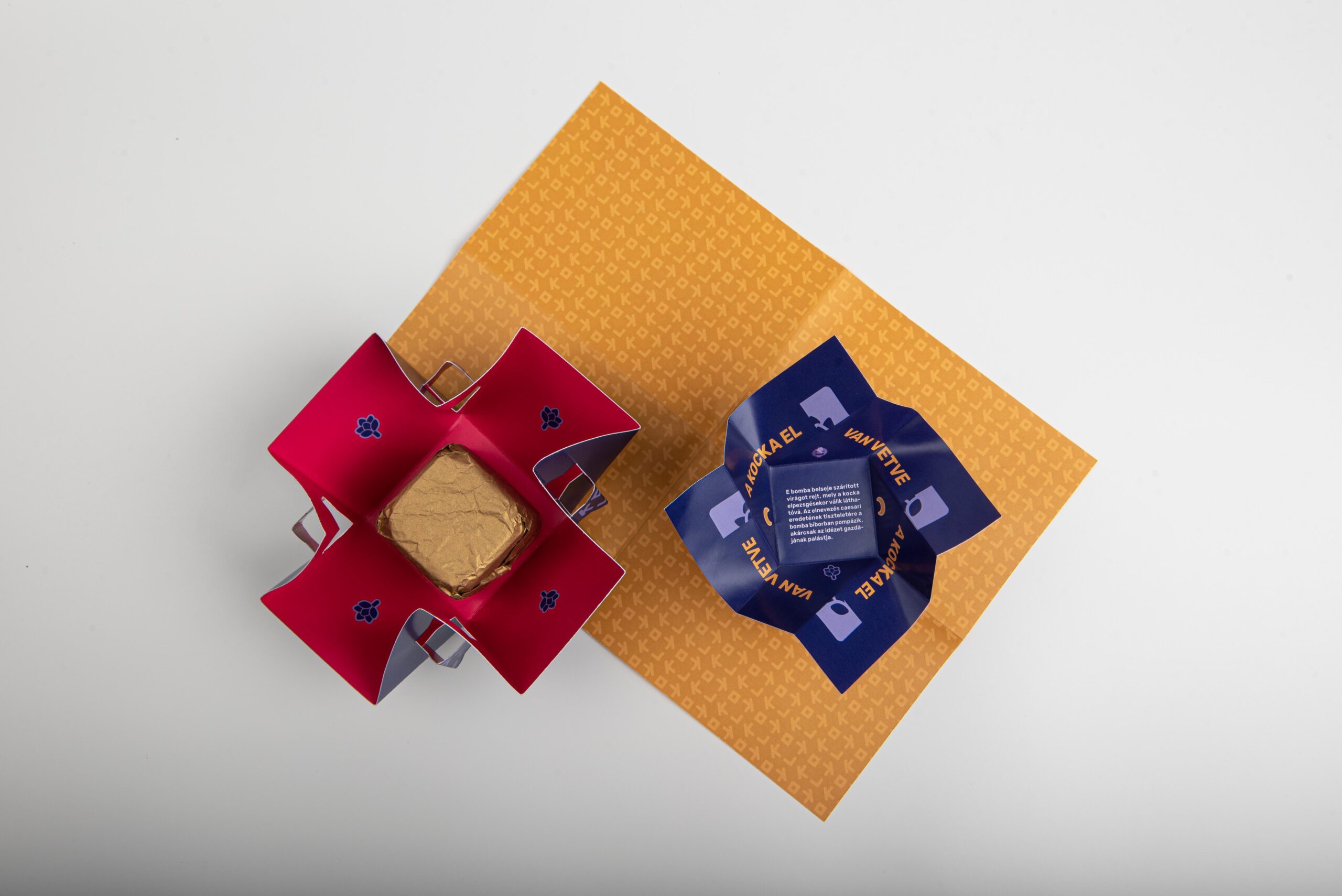 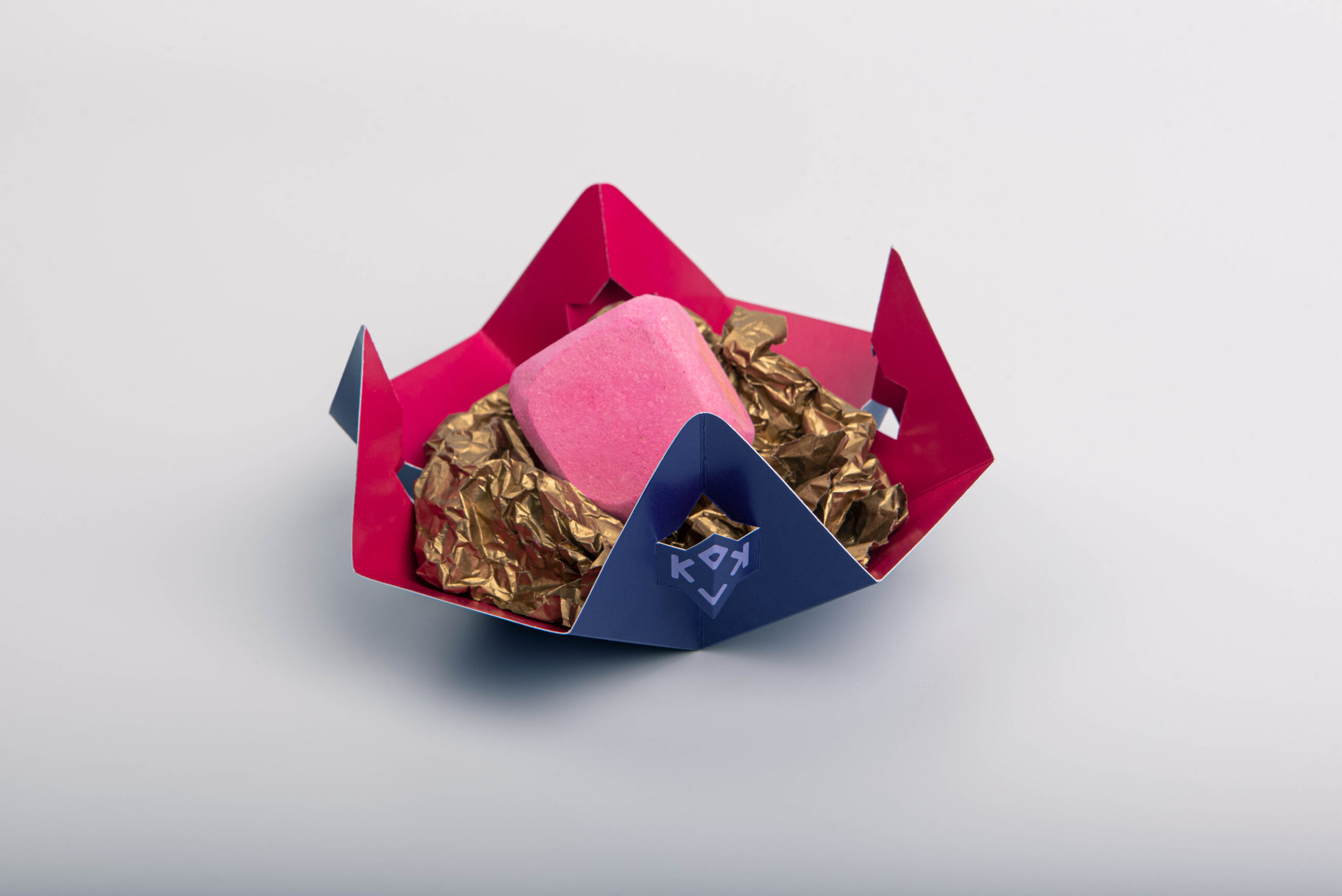 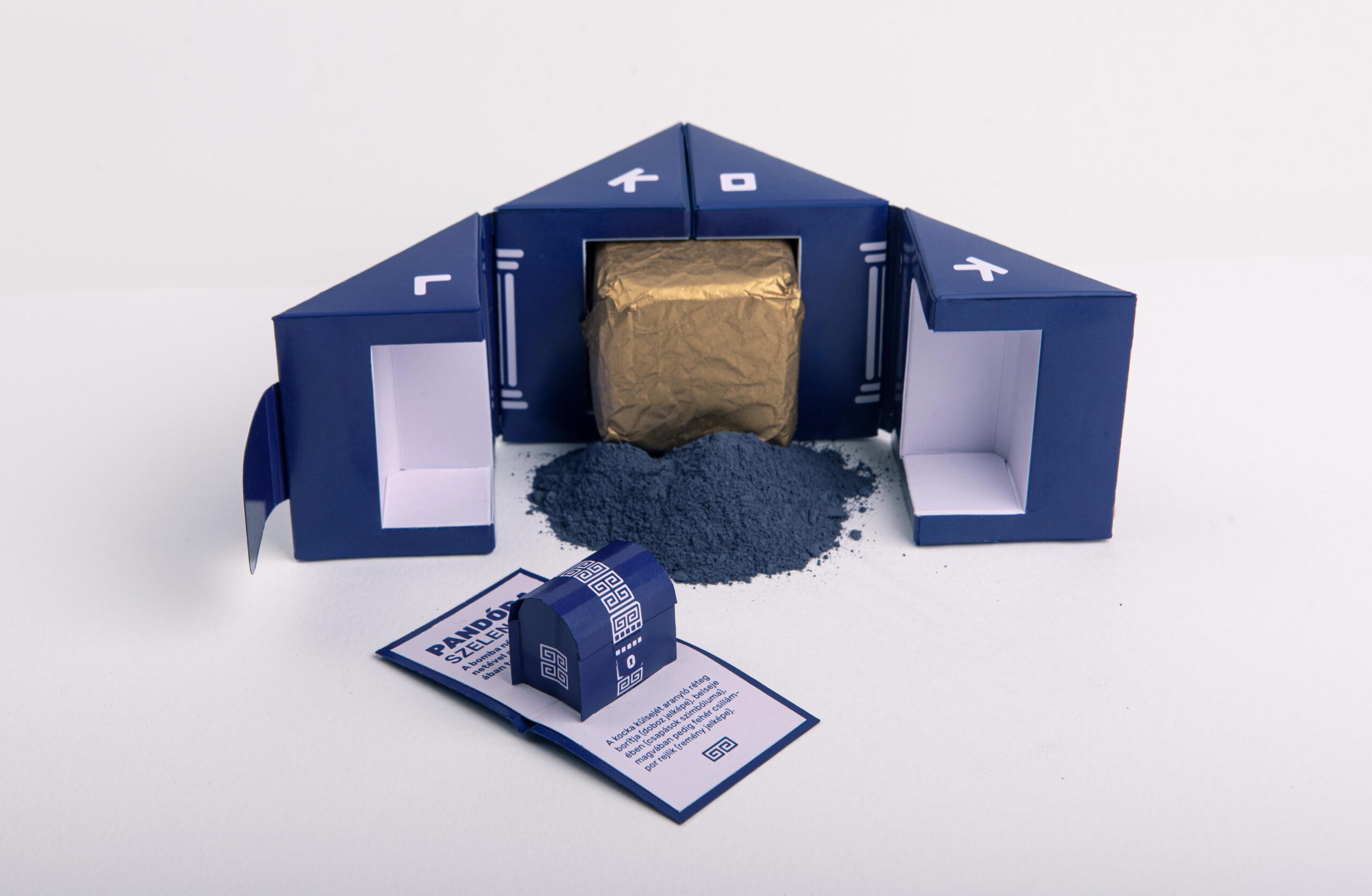 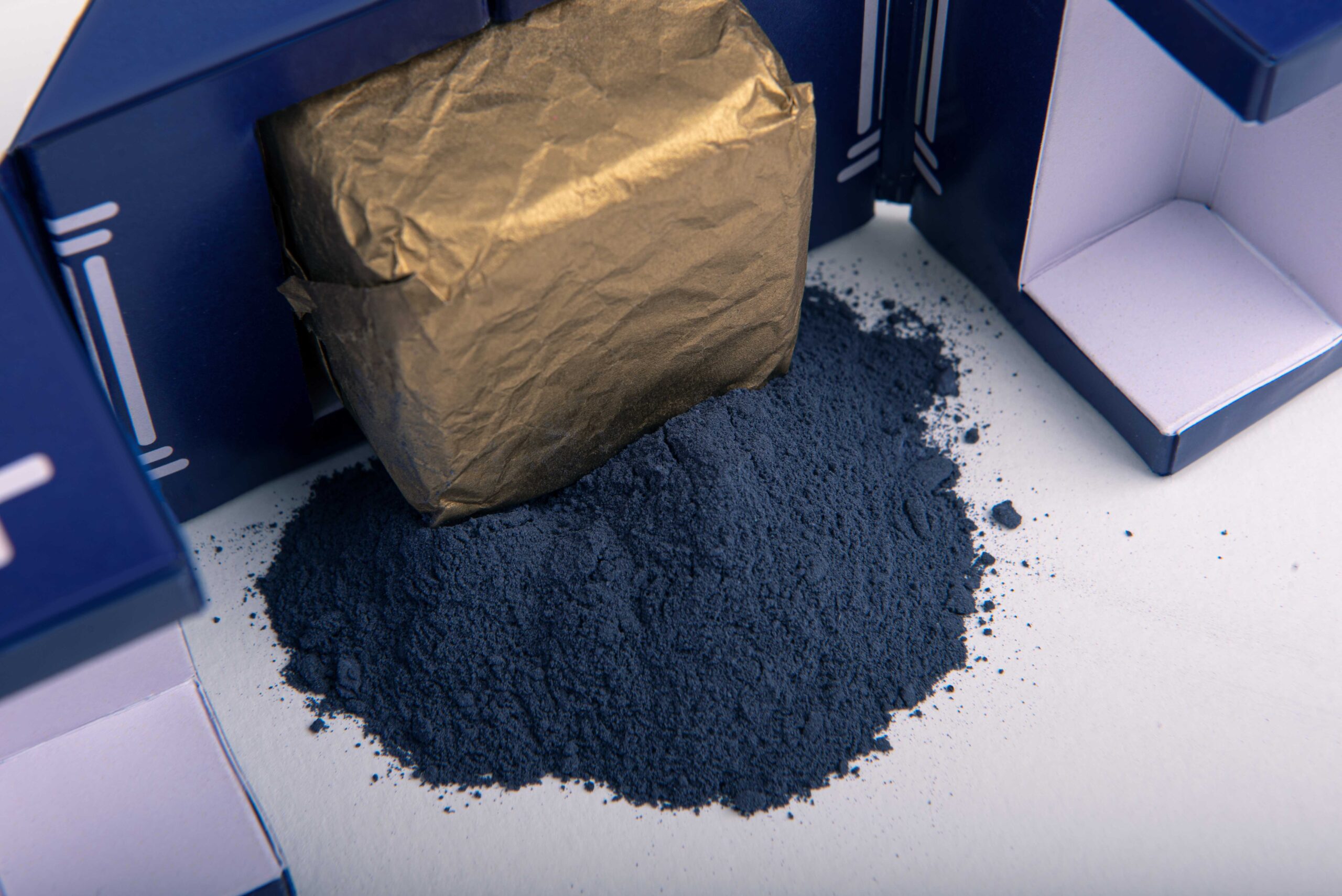 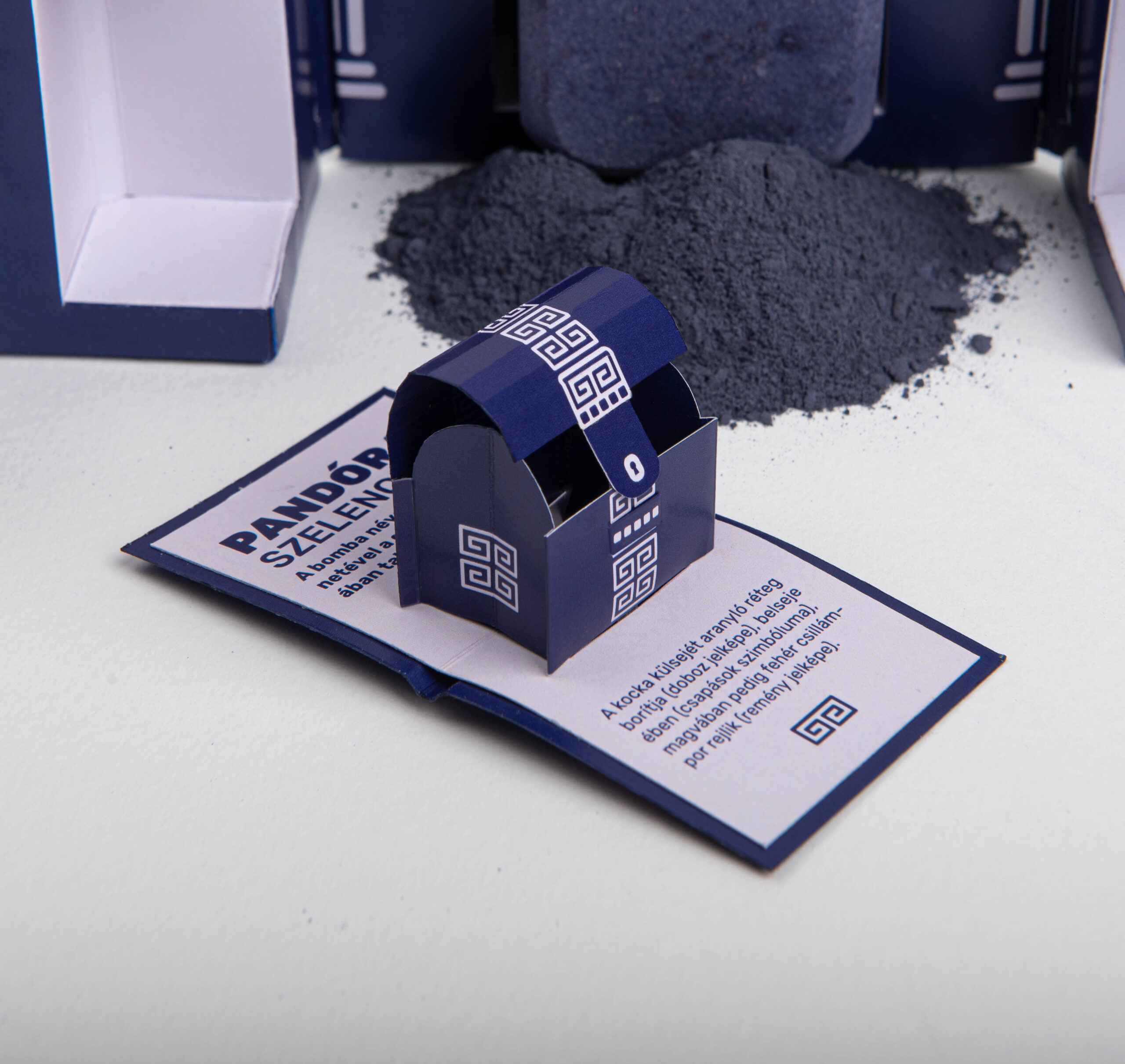