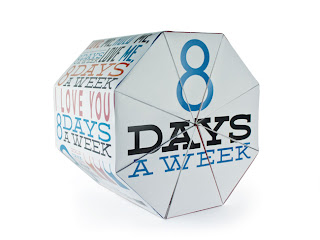 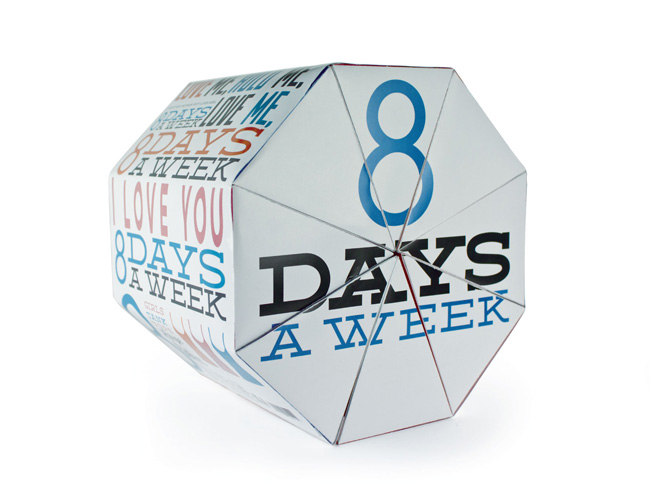 This is a limited edition t-shirt box based on The Beatles song ‘8 Days A Week’. The song was released on their December 1964 album ‘Beatles For Sale’ and was written by John Lennon and Paul McCarthy. Expressive typography and limited color scheme with modern design layout was used to draw in young females aged 16-24. The box contains 8 t-shirts, one for every day of the week according to The Beatles: Monday, Tuesday, Wednesday, Thursday, Friday, Yesterday, Saturday and Sunday. It is also a winner of Southern California Silver in district 15, Best of show and Gold Addy Show Winner.” 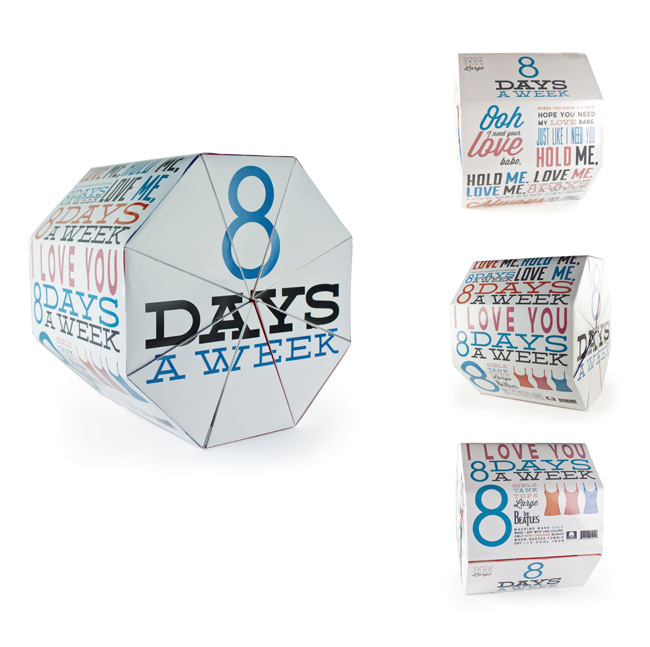 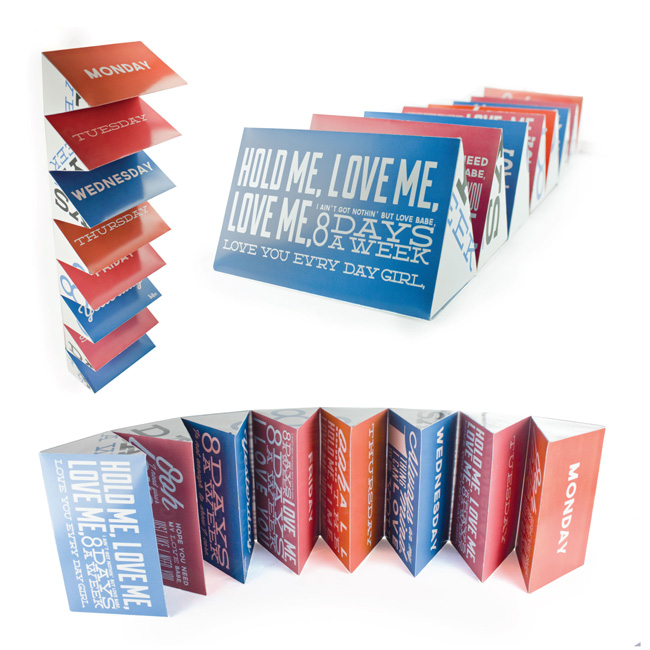 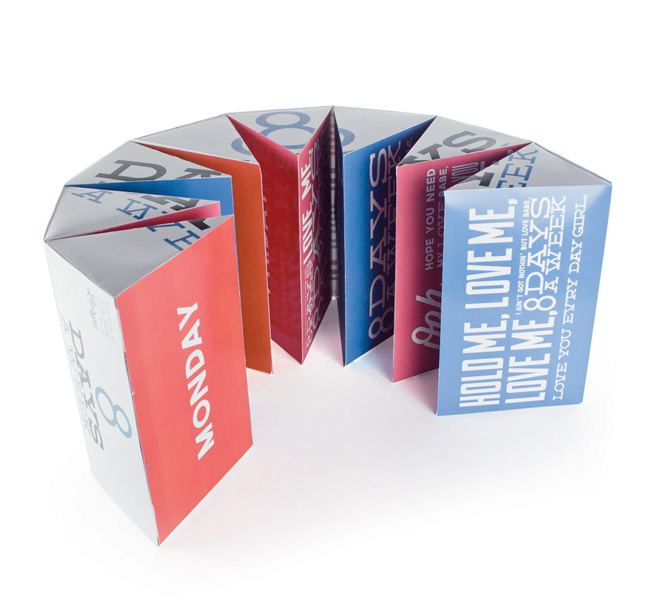