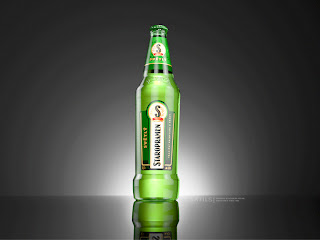 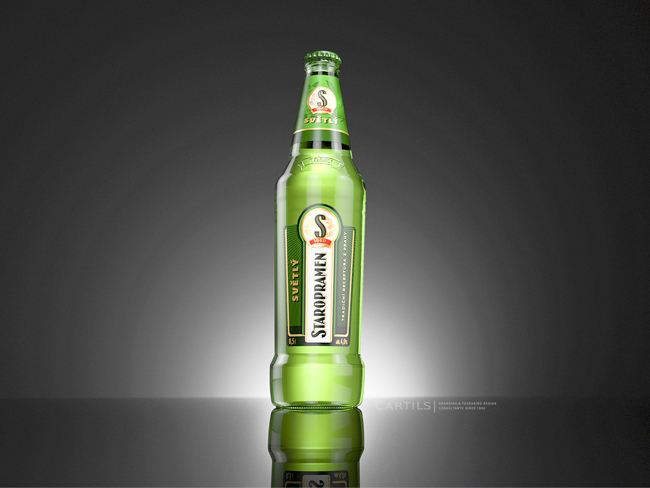 Staropramen is the Czech Republic’s second largest beer brand and the leading brand of the Starbev group, which was recently acquired by MolsonCoors. The new bottle shape and label adaptation enhances the premiumness and modernity of the Staropramen brand. To achieve this successfully within the restrictions, international beer design specialists were required. CARTILS was selected as branding & packaging design consultancy to create the new design.

The objective was to create a revolutionary new 3D design for the bottle shape. The brand needed to express modernity yet still reflect its heritage. This was achieved through creating a new angular and masculine bottle shape, maximizing the impact of the vertical branding, while balancing it with the traditional high-quality detailed embossings.
The new Staropramen ‘S’ symbol was translated to an attractive embossing positioned at the back, offering the consumer an extra tactile experience.

“The new packaging reflects the innovation and modernity of Staropramen, but it also relies on the tradition of the Smíchovský brewery,” said Zbyněk Kovář CEO of Staropramen. He continued that, “in three to four weeks it will be visible on the shelves of stores,” with the company at the same time launching an advertising campaign to promote the new bottle. 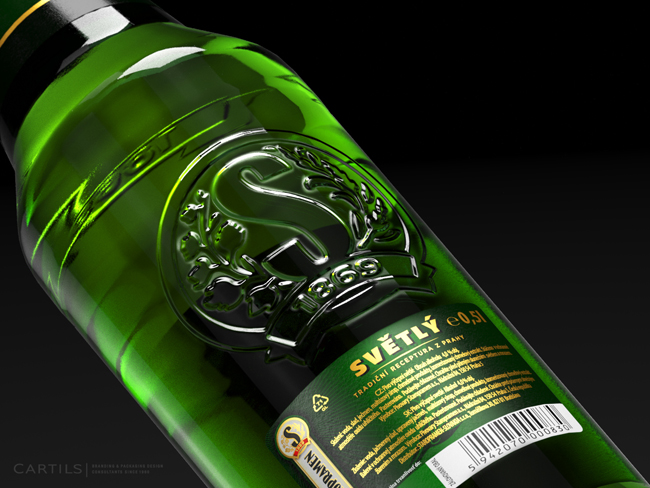 Great and Golden
12 hours ago