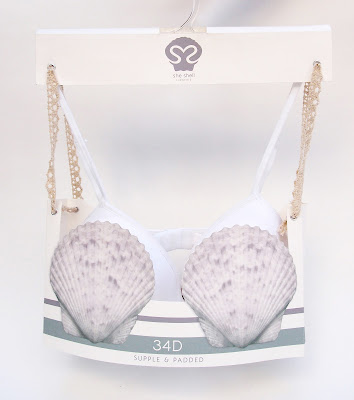 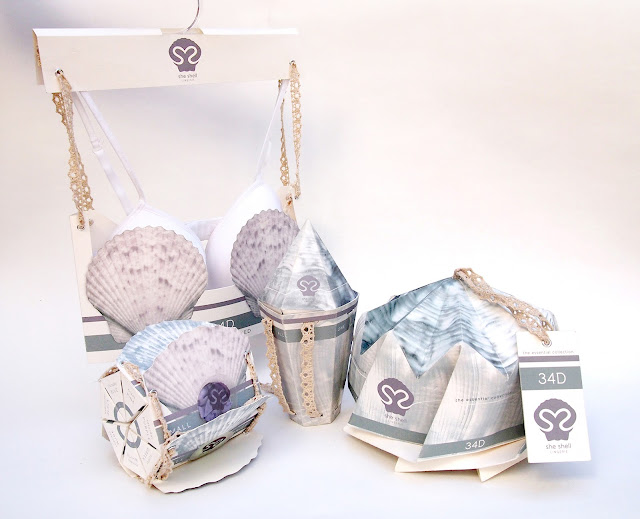 “SHE SHELL- SINGLE BRA” packaging was inspired by the shell bras that adorn the chests of the mythical, infamous and feminine Mermaid. From there, I wanted to make sure the packaging was practical, could be hung on a hanger, and that the consumer had access to actually feel and check out the product before they buy.

“SHE SHELL – THREE BRAS” known also as the “Essential Collection” maintains the shell theme invoked by the singular bra packaging. However, the packaging is an abstraction of the shape of a shell, adapting origami techniques to create a folding container. A single piece of paper is folded to securely hold three bras comfortably, and can be unfolded and refolded as needed. The package can also be nested/stacked on top of one another for easy storage and a unique display opportunity.

“SHE SHELL – UNDERWEAR PACK” contains seven pairs of underwear, one for each day of the week. Keeping with both the shell and paper folding motifs of the brand, the packaging can be converted into two forms. First it appears as a set of cascading hanging shells, which then can be rolled up and secured into a heptagonal prism. The underwear is accessible through the holes at the base of the shells, which is covered with a clear sticker with the logo to show the buyer the color of the garments. they are purchasing

“SHE SHELL – BRA STRAPS” holds a set of three bra straps. The shell-like folded paper container unrolls open to allow the bra straps to be unhooked and removed from the packaging. While unopened, the bra straps are still visible to the buyer, and the packaging can stand on its own. 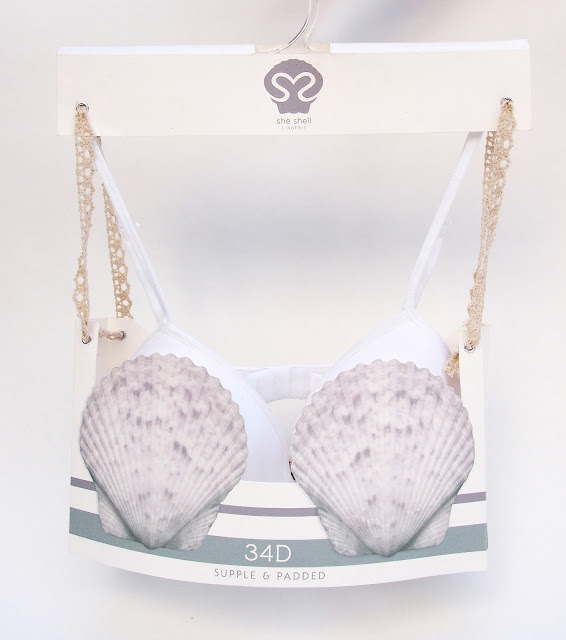 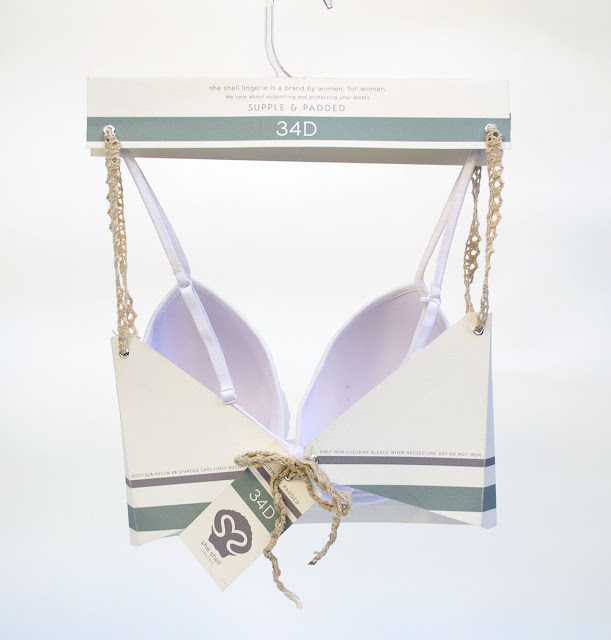 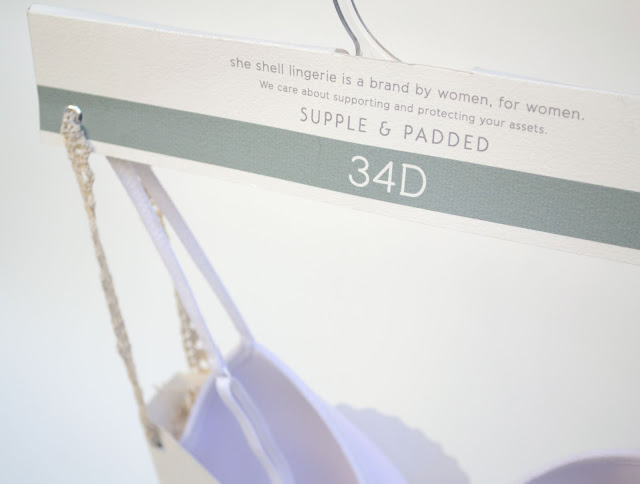 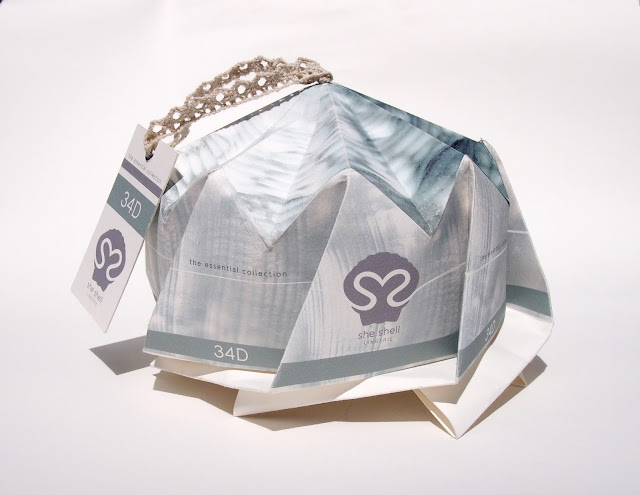 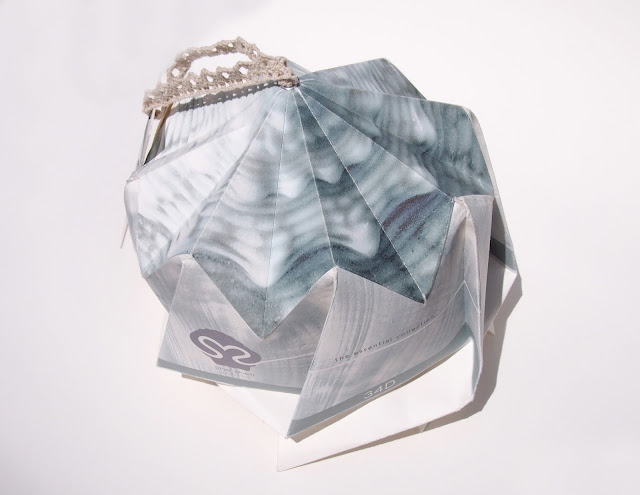 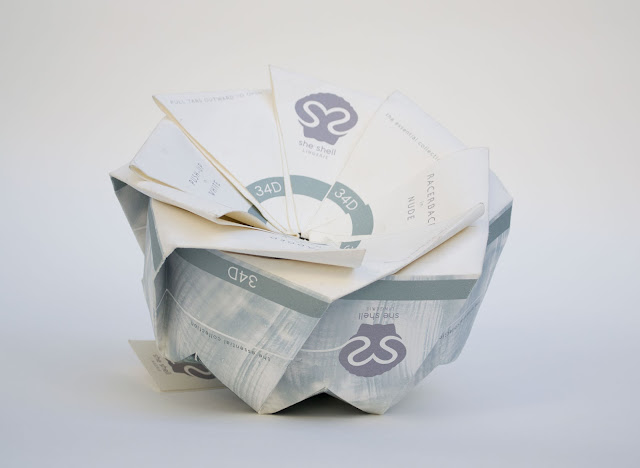 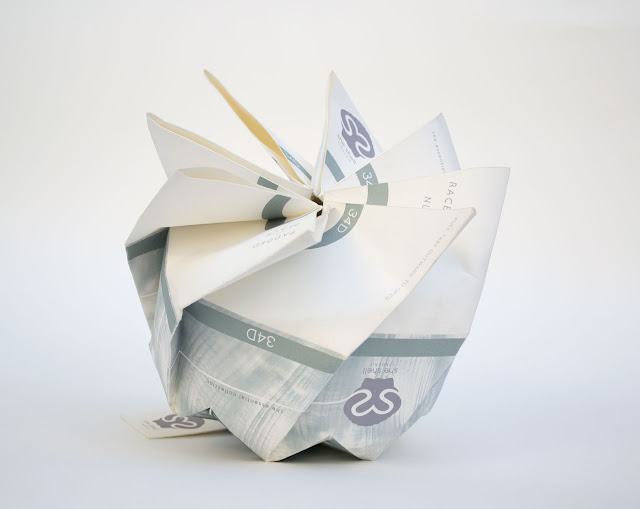 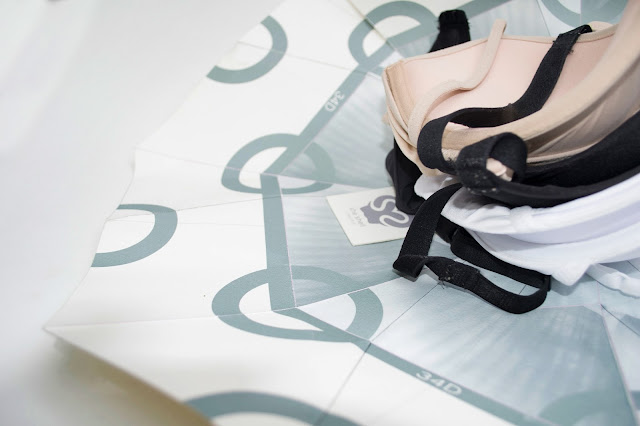 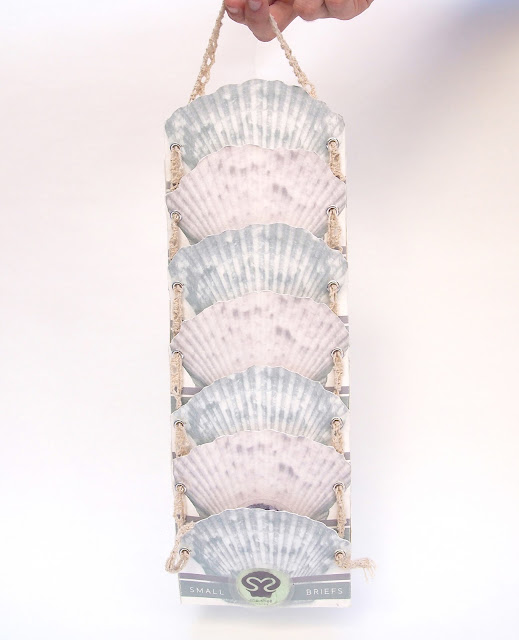 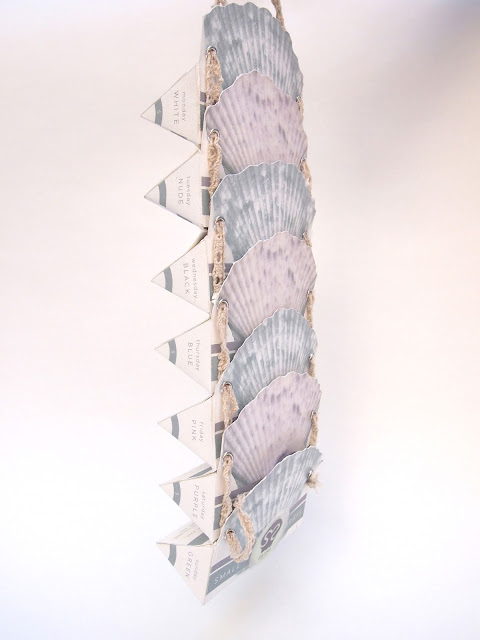 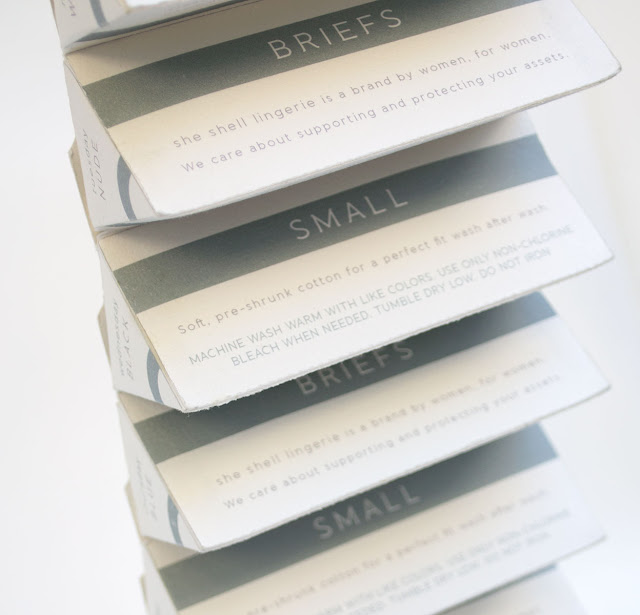 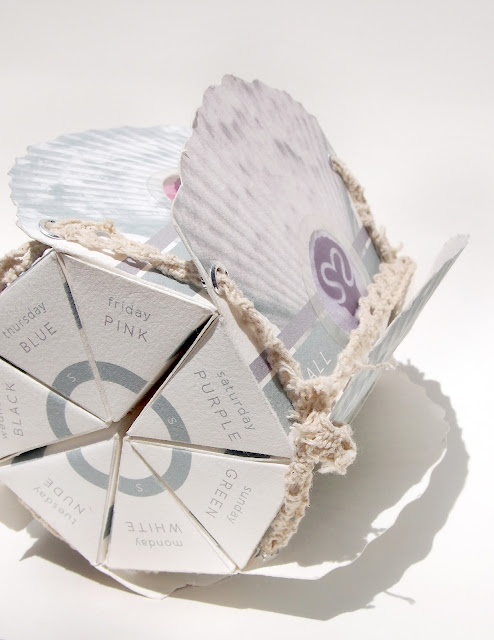 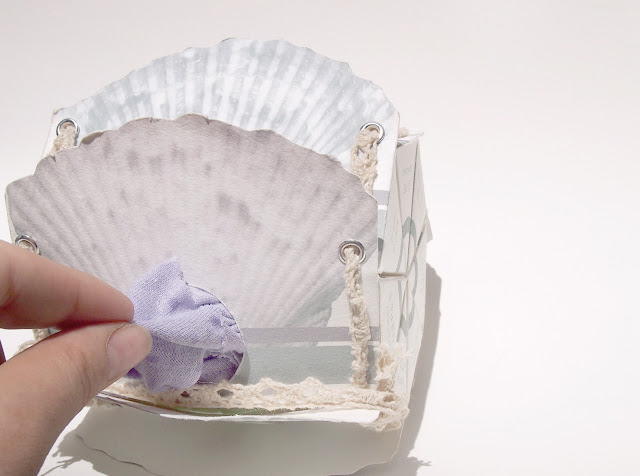 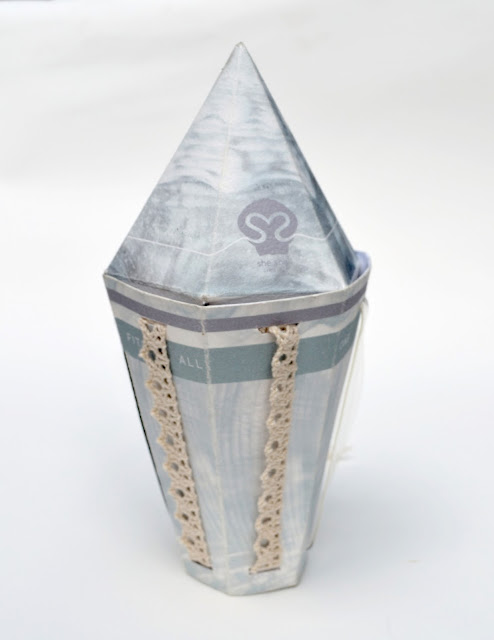 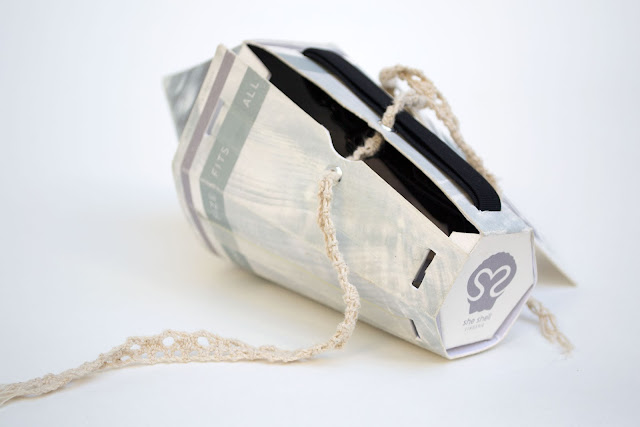 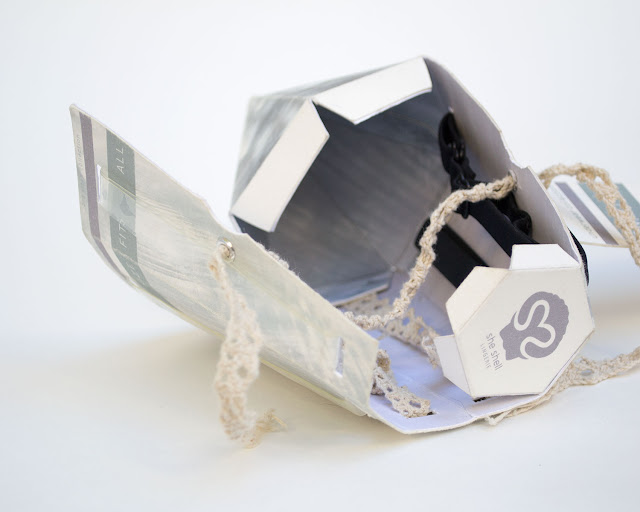 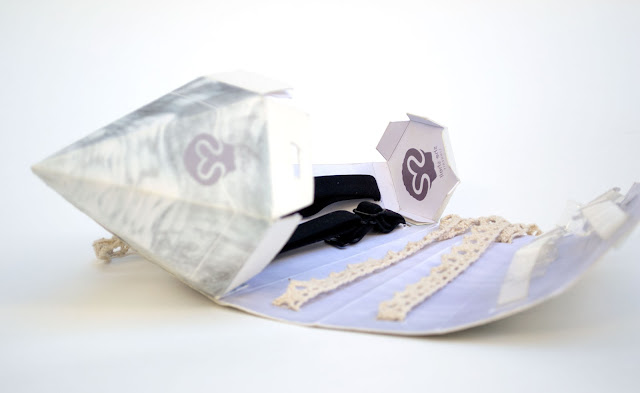 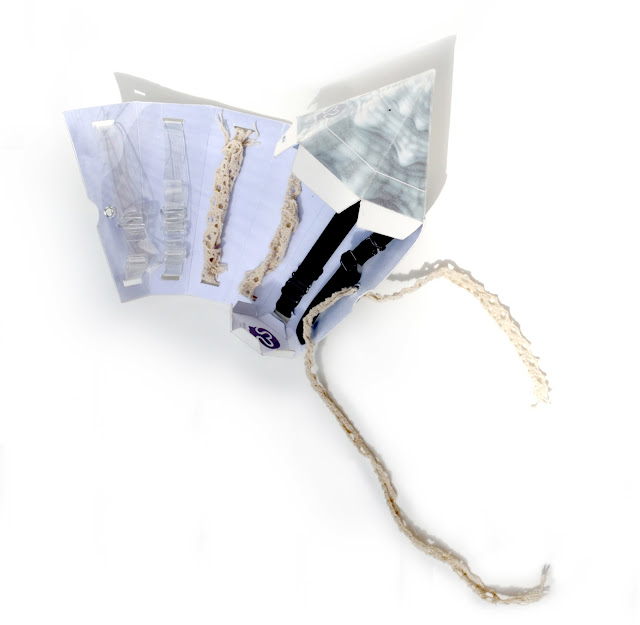