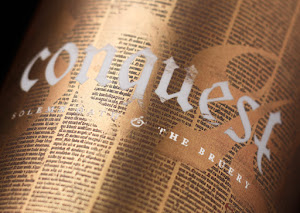 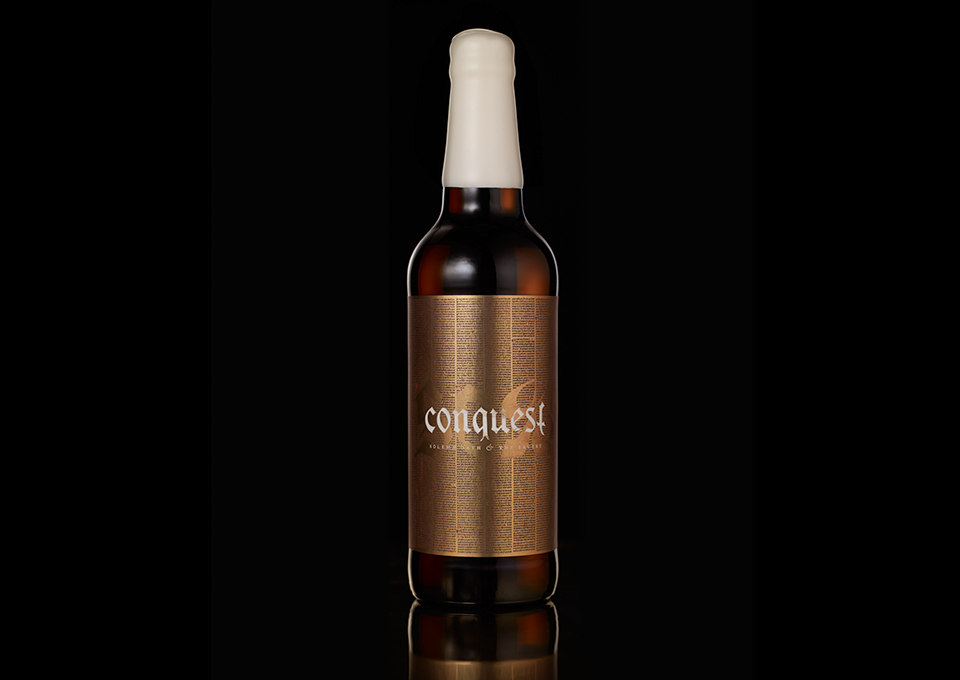 Varnish was asked to conceive a compelling package for Solemn Oath Brewery’s special collaborative beer with The Bruery. Conquest is the fourth edition in Solemn Oath’s “Seven Seals” Series, and the first time a beer from this series was packaged. Based upon the biblical theming of this series, we decided to dig deep in the book of Revelation. The Gutenberg Bible quickly became the focus, for it’s history and beautiful graphic qualities. On the beer label, you will see the book of Revelation reproduced in it’s entirety from the Gutenberg Bible. The tube itself is meant to evoke an ancient tome, and also cleverly holds a rolled poster print of SOB resident artist’s Jourdon Gullet’s 4 Horsemen mural from the taproom. Limited edition of 3,000. 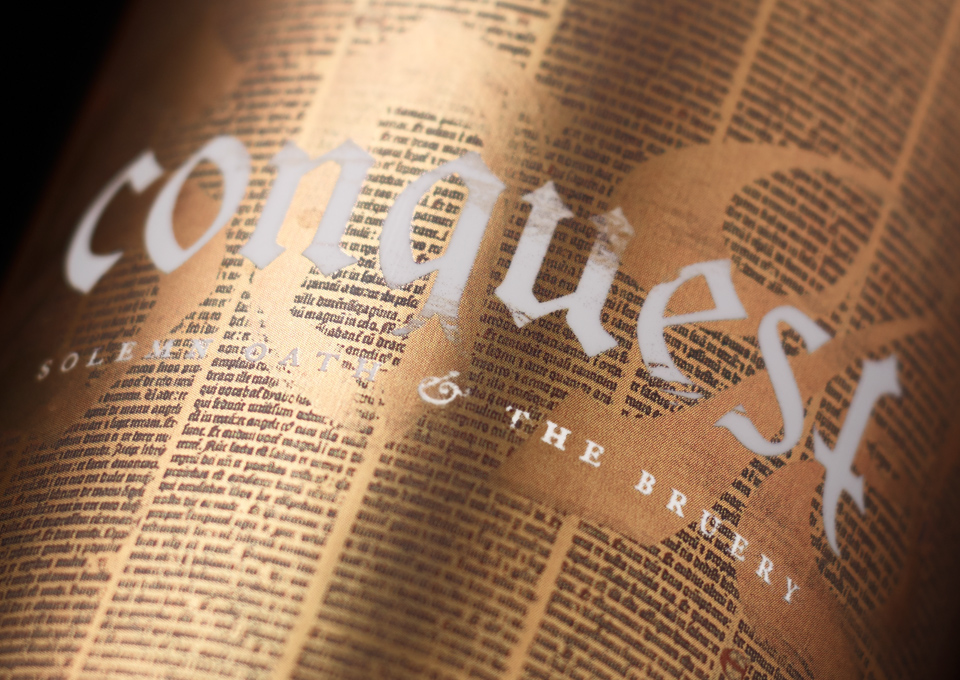 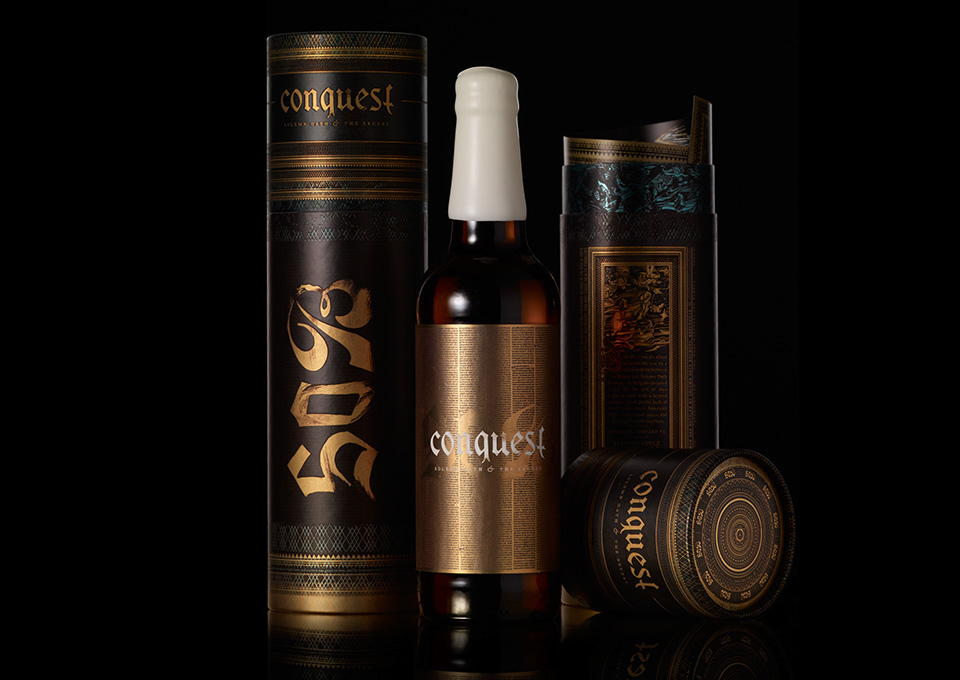 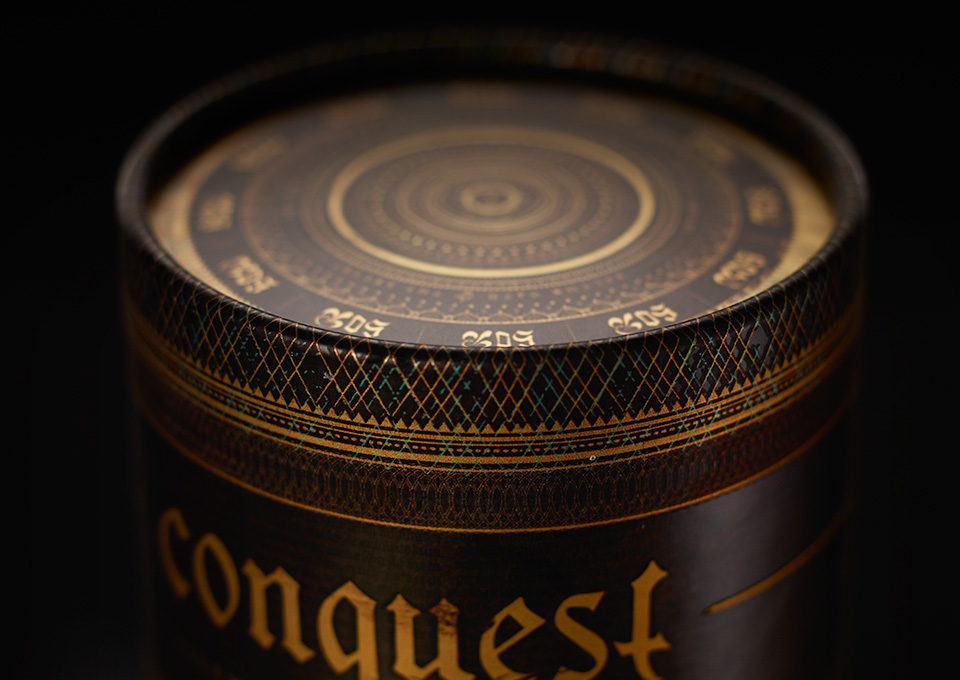 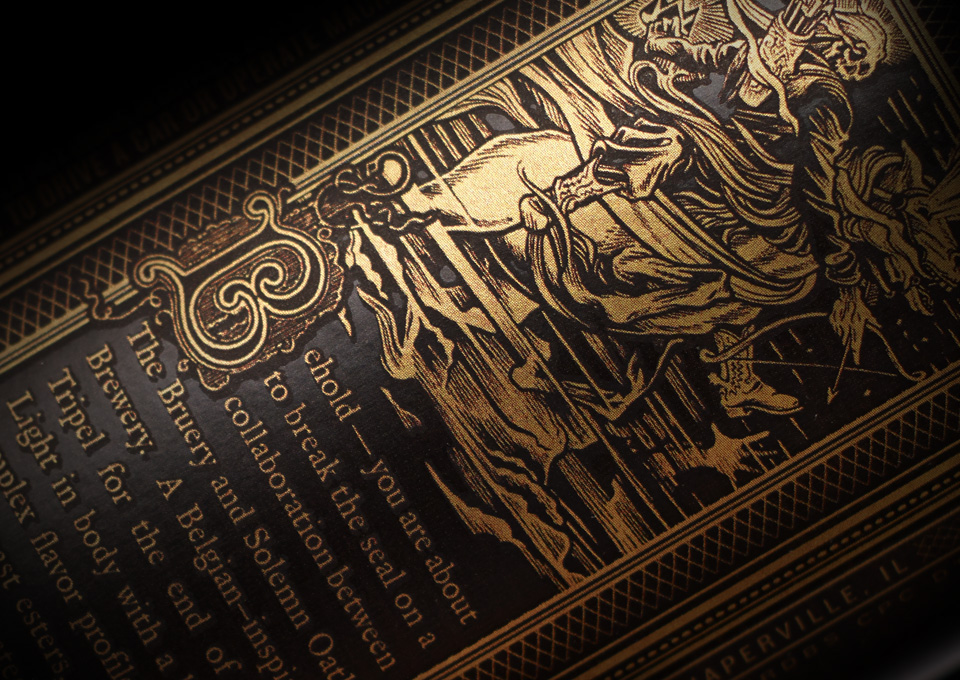 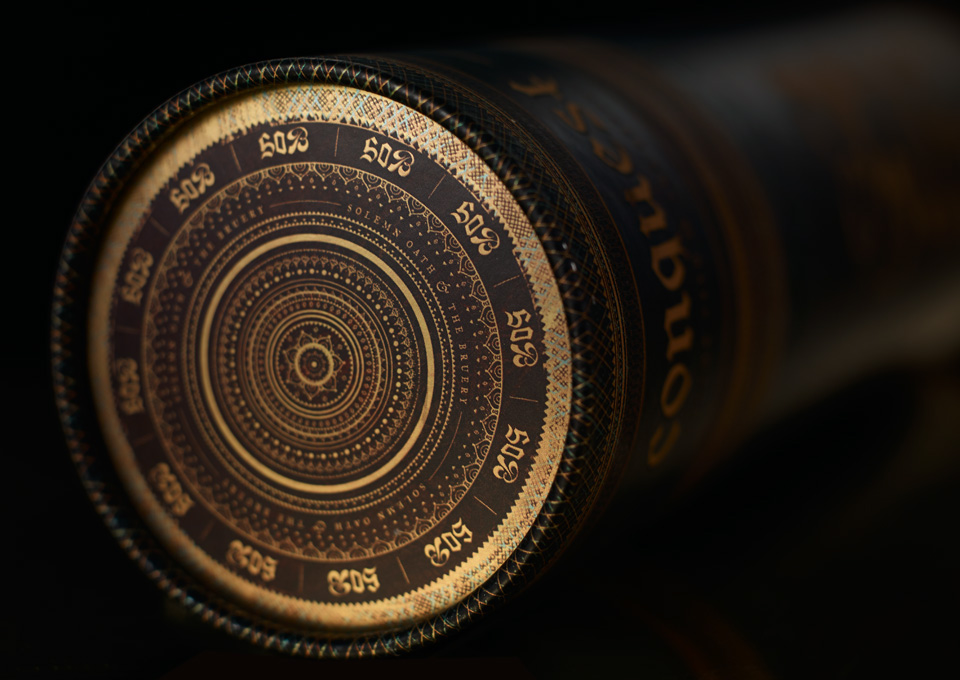 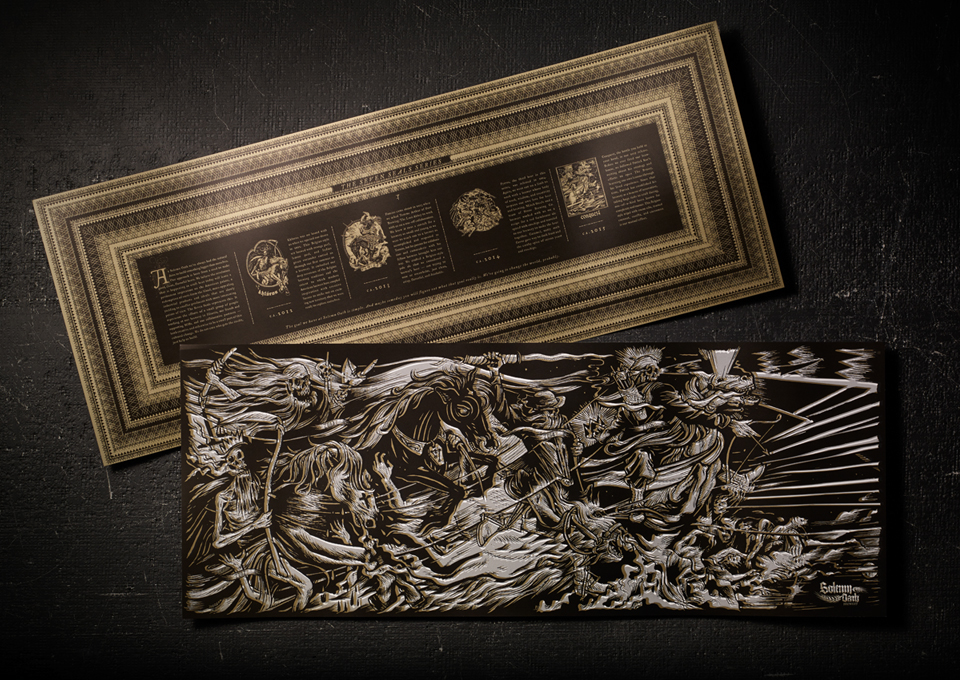