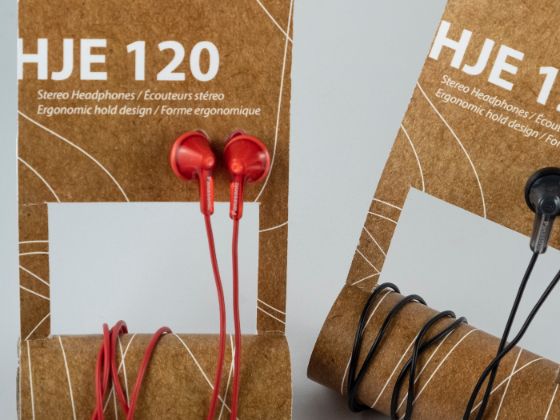 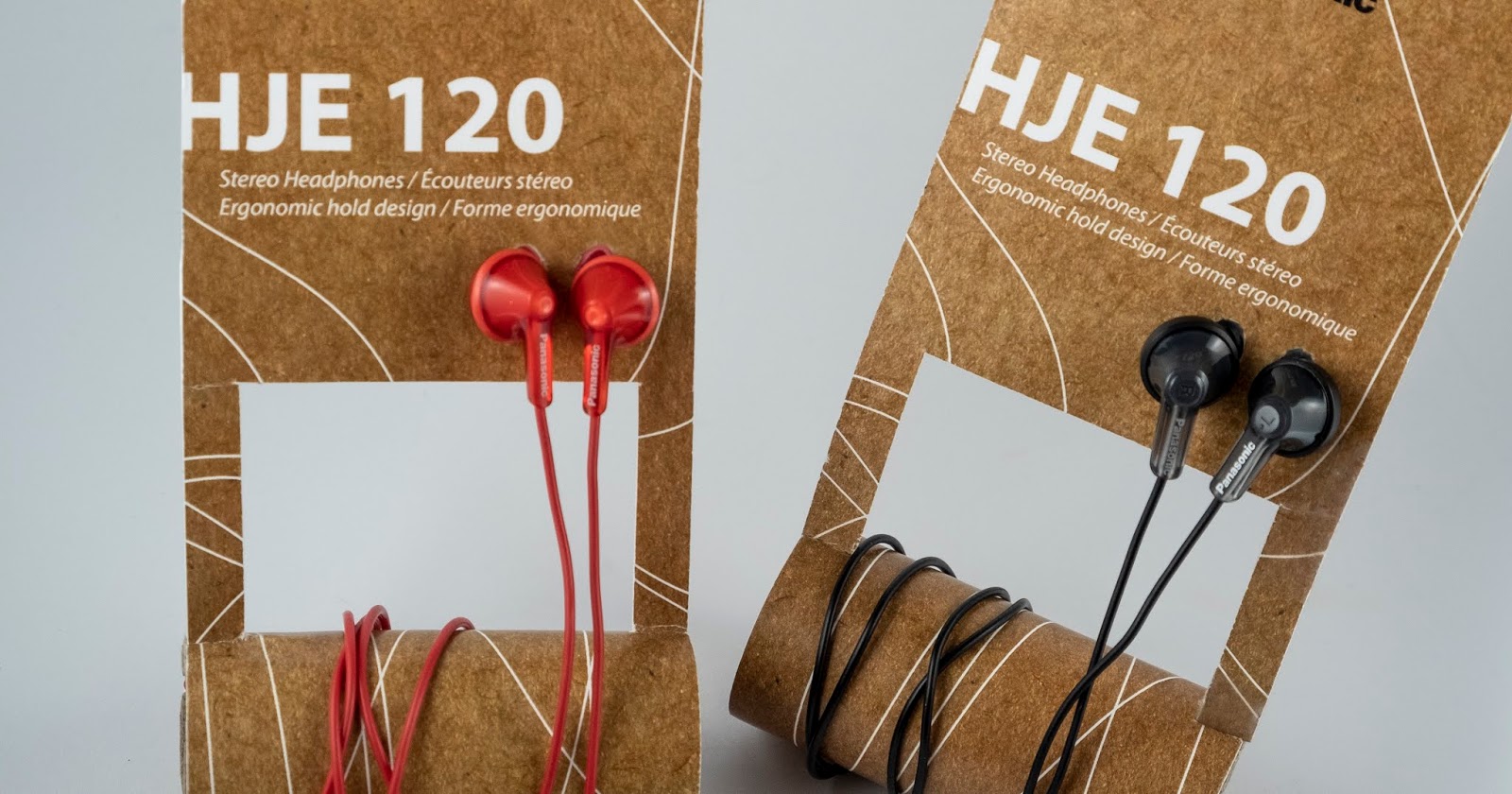 Ideation and purpose
To begin with, the overall goal was to make an environmentally friendly design, meaning less material in general, as well as sustainable material – cardboard rather than plastic – and optimally a part of the package would be reusable so that it would not be entirely made to be thrown away later. To tackle a common users’ pain with headphones, the tangled cables when storing them in the pocket, was also part of the ideation process. 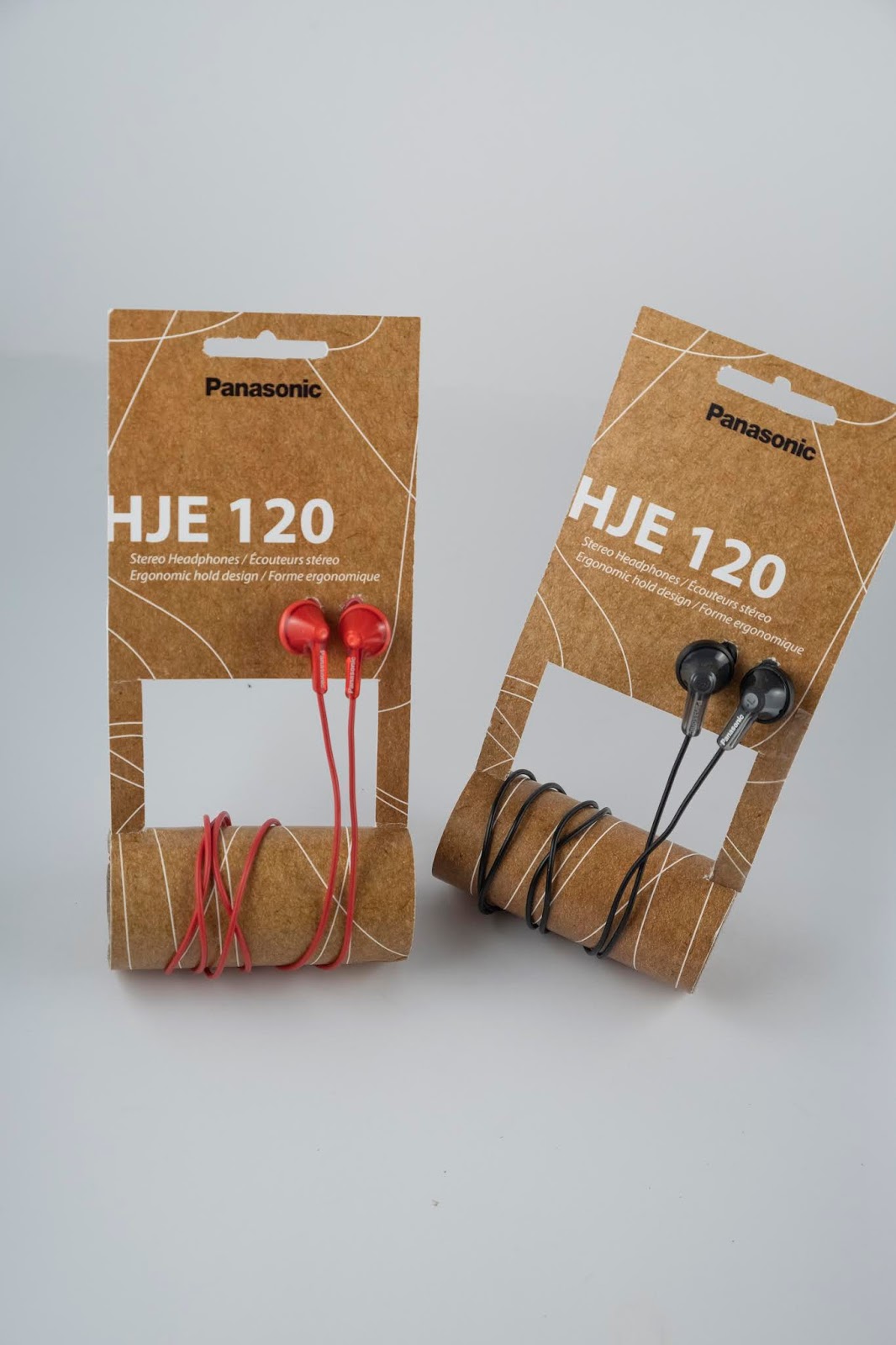 Package concept and features
The basic idea of the package design is the cardboard pipe in which most of the product is stored. This pipe combines the goals to create something reusable and to tackle the users’ pain with tangled cables, as after the purchase you can keep the pipe to wrap the headphone cable around and thereby prevent it from being tangled up. The pipe has two cuts on both sides which at first hold the piece of paper which displays the information and is used for storage, but later can be used to fixate the heads of the earphones. The pipe also has a hole that the plug can be tucked into and an additional cut on one side where the cables are tugged in when the lids are closed. The pipe holds two more sets of earpieces in different sizes as well as an additional piece of paper with the products warranty.

The piece of paper attached to the pipe has a few features. First it has two rounded ends that function as lids for the pipe and attach the paper to it. Then it has a cut-out at the top to hang it up in the store and two rounded cut-outs in which the heads of the earphones are plugged into to display them to the costumer. This piece of paper is to be thrown away after the purchase and is therefore designed to be as small as possible but to still hold all the important information.

Design concept
Generally the design should say ”environmentally friendly“ which is achieved by the cardboard paper whose brown texture is visible. The typography and layout is clean and simple and focuses on transmitting information. The lines that are drawn on the paper as well as on the pipe give the design a playful character and remind of the headphones’ cable.

The front of the paper only shows the name of the product, the logo of the company and a short explanation about the product. The costumer can see the product itself and touch it to see if he is generally interested in buying it. On the back of the paper the customer can find all the technical information he needs to set on his choice. The illustration on the back also supports a fast uptake of the basic information. 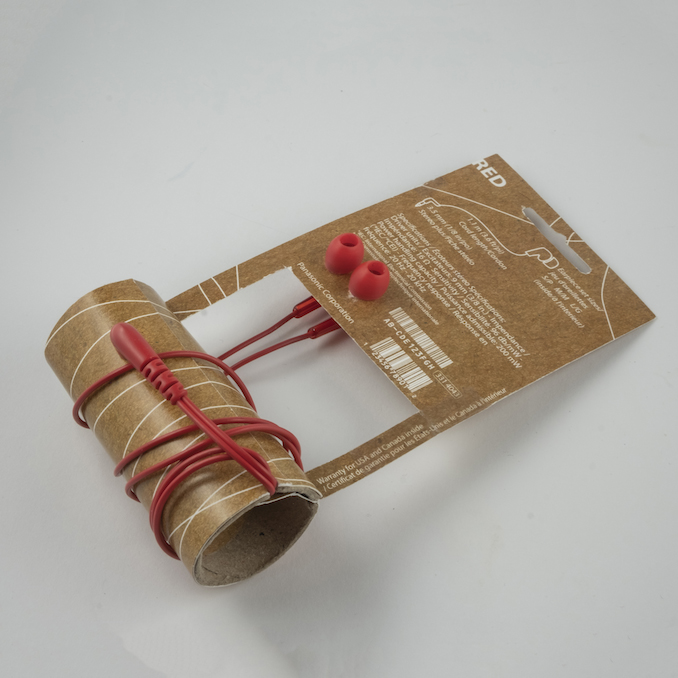 Competition
The grand majority of the competition uses a plastic oriented packaging which is similar to the packaging of these headphones as it is now before the redesign. The ”environmentally friendly“ look with the brown cardboard in comparison to a lot of white colors and plastic materials draws attention to this package. Also the emerging awareness of sustainable packaging and waste reduction of the customer can be a great reason to choose this product as most of the competition does not yet focus on this aspect. 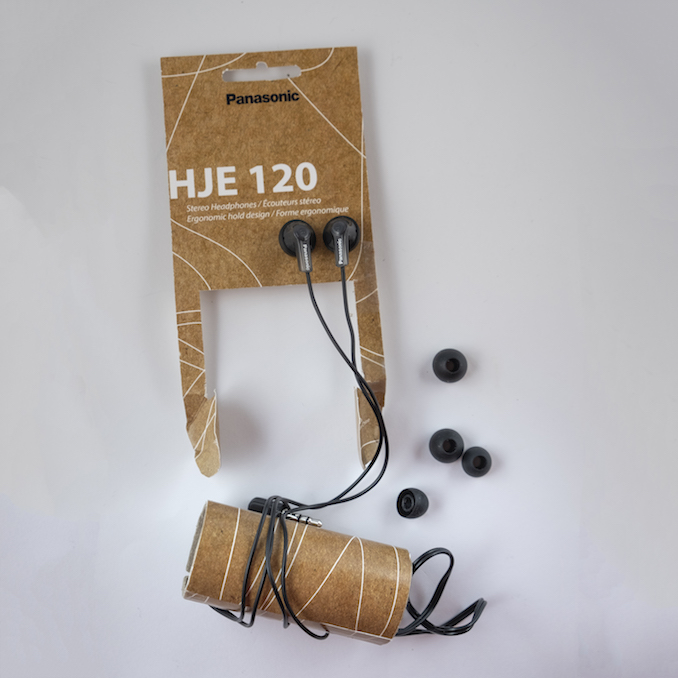 Conclusion
The redesigned package of the headphones achieves the goals set before in the project brief. The sustainability aspect was considered and material was reduced to a minimum amount. Also the goal to make the package reusable and to tackle the users’ pain with tangled cables could be reached. 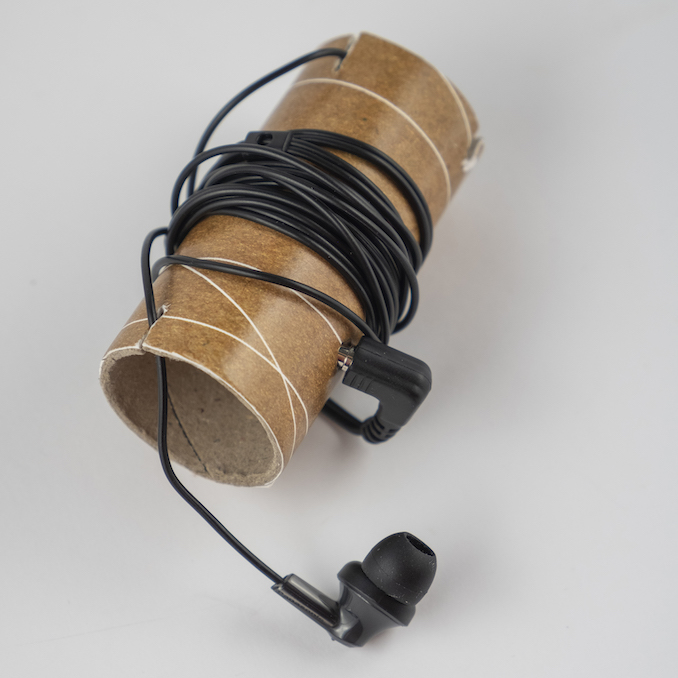