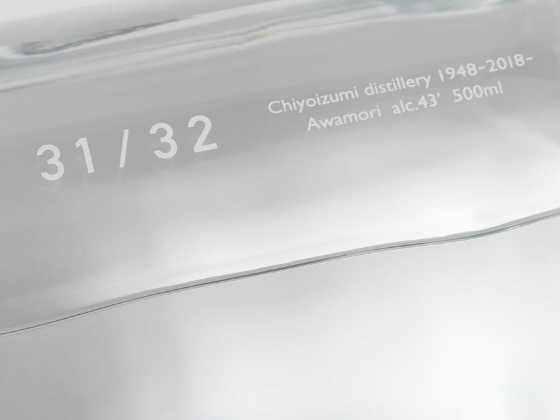 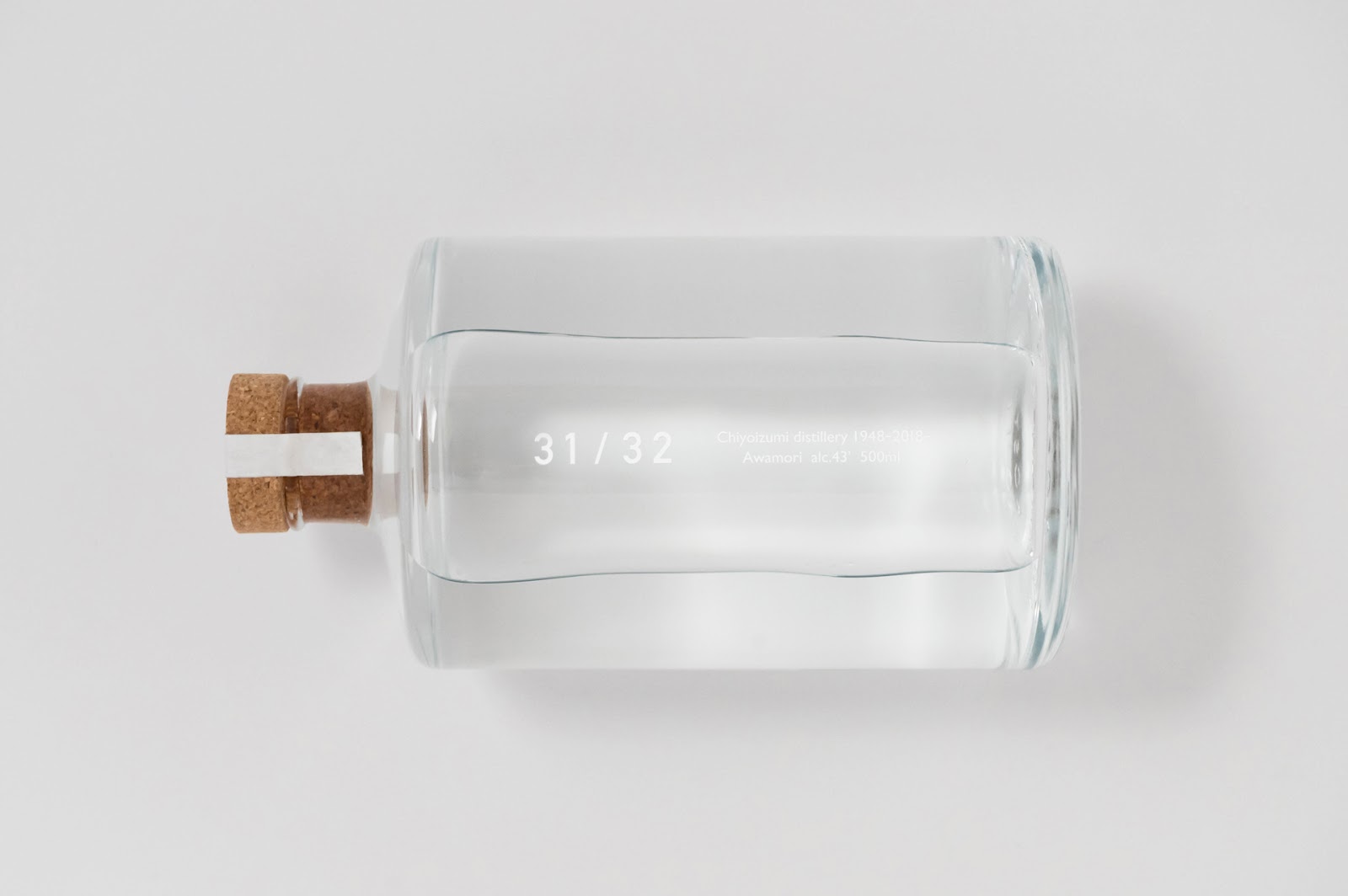 Awamori (泡盛) is an alcoholic beverage indigenous and unique to Okinawa, Japan.

Awamori owes its existence to Okinawa’s trading history. The technique of distilling reached Okinawa from Thailand in the 15th century. All Awamori is made from Thai rice. The Okinawans refined the distillation process, incorporating techniques from nearby countries, making it more suitable for the subtropical climate and incorporating the unique local black koji mold. From the 15th to 19th century, Awamori was sent as a tribute to Okinawa’s powerful neighbors, China and Japan.

When awamori is aged for three years or more, it is called “kosyu” (古酒, “old liquor”) and refers to aged sake.

Awamori is aged underground in constant cool temperatures in clay pots or vases. Before the Battle of Okinawa during World War II, 200- and even 300-year-old kosyu existed, but all were lost in the battle. Several attempts are being made to produce these kosyu again.

Chiyoizumi distillery of Awamori was in Miyako island, Okinawa. The distillery was closed due to various circumstances in the year 2013, Awamori production stopped, and it was officially closed down in 2018.
The theme of design is new life. The clear bottle is sleeping in a white box like a newborn baby.

Although it seemed that “Chiyoizumi distillery’s Awamori” is familiar to the local residents and been drunk, disappeared from the world, but the Awamori which remained a little in the warehouse that became a scrapped house. This project was created to rethink Awamori culture, breathing new life into sake of Awamori. 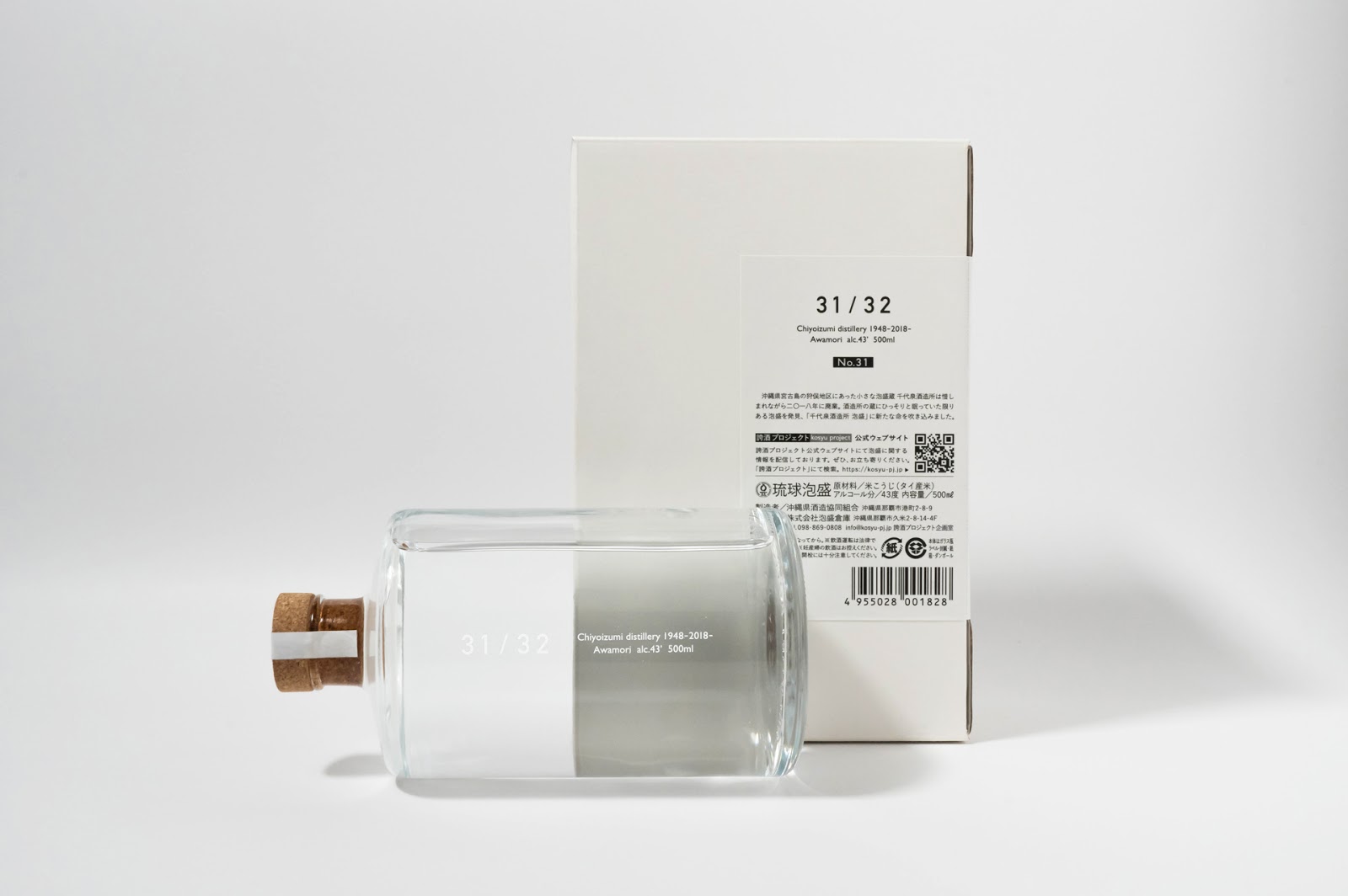 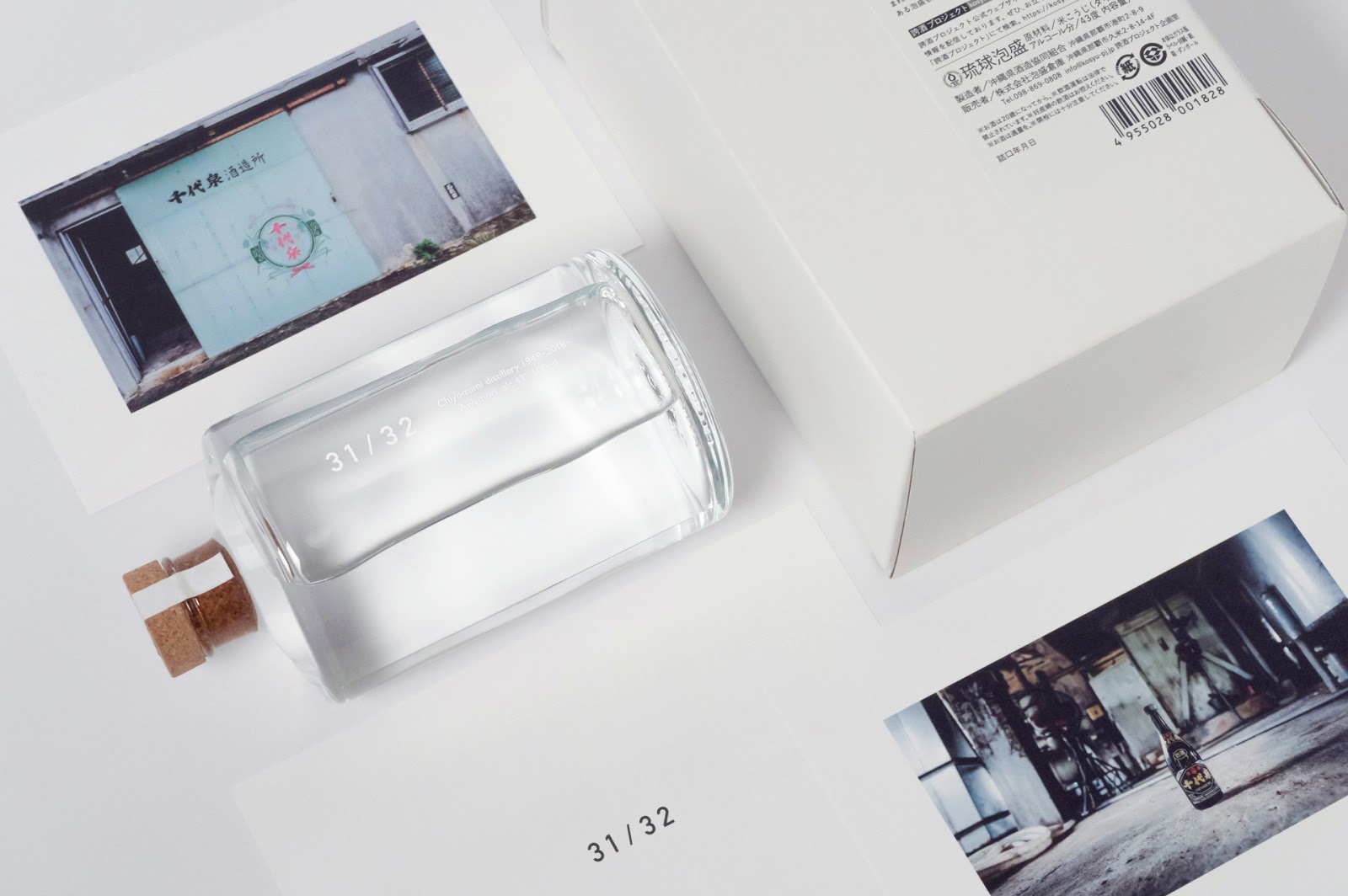 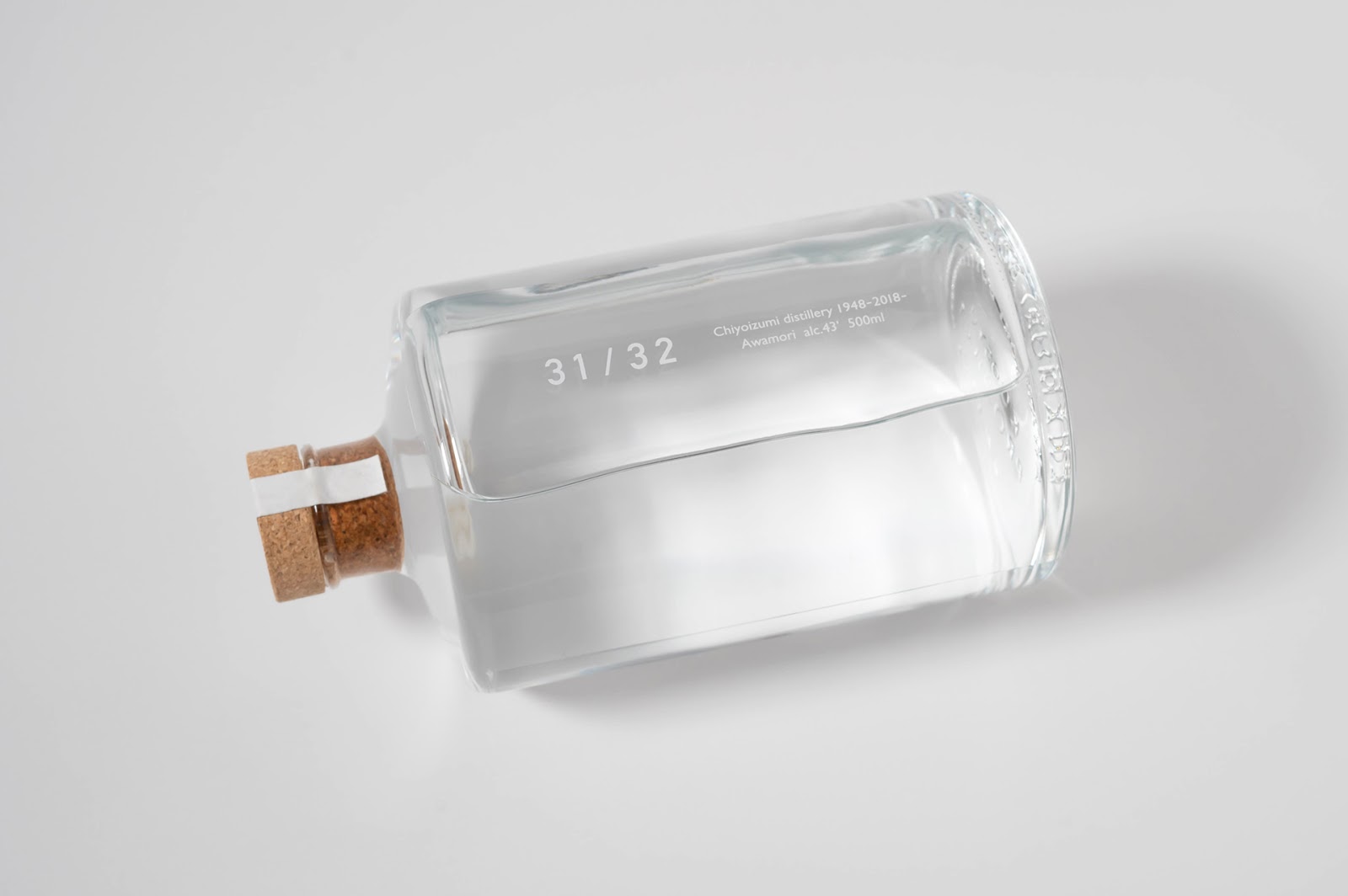 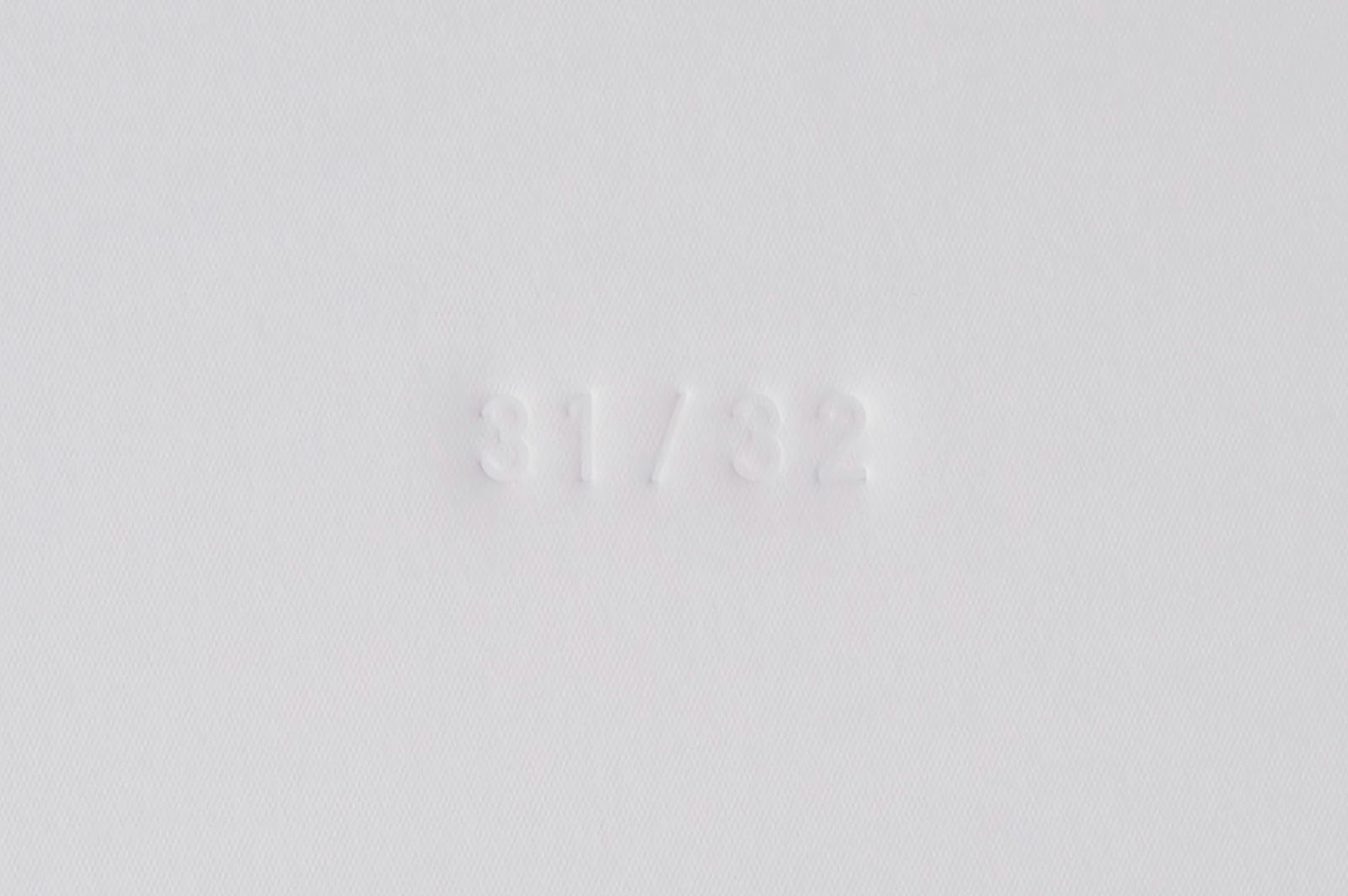 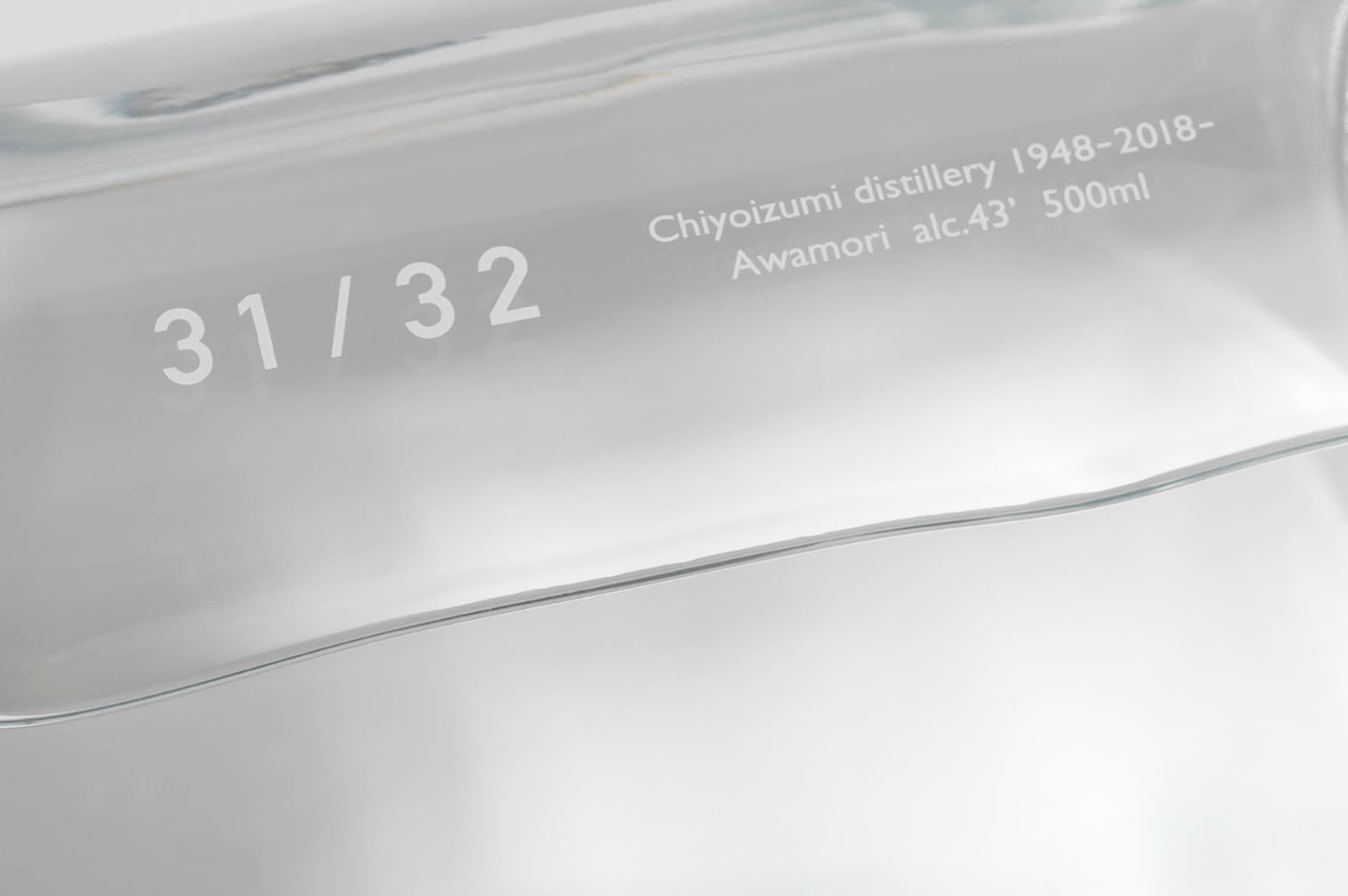 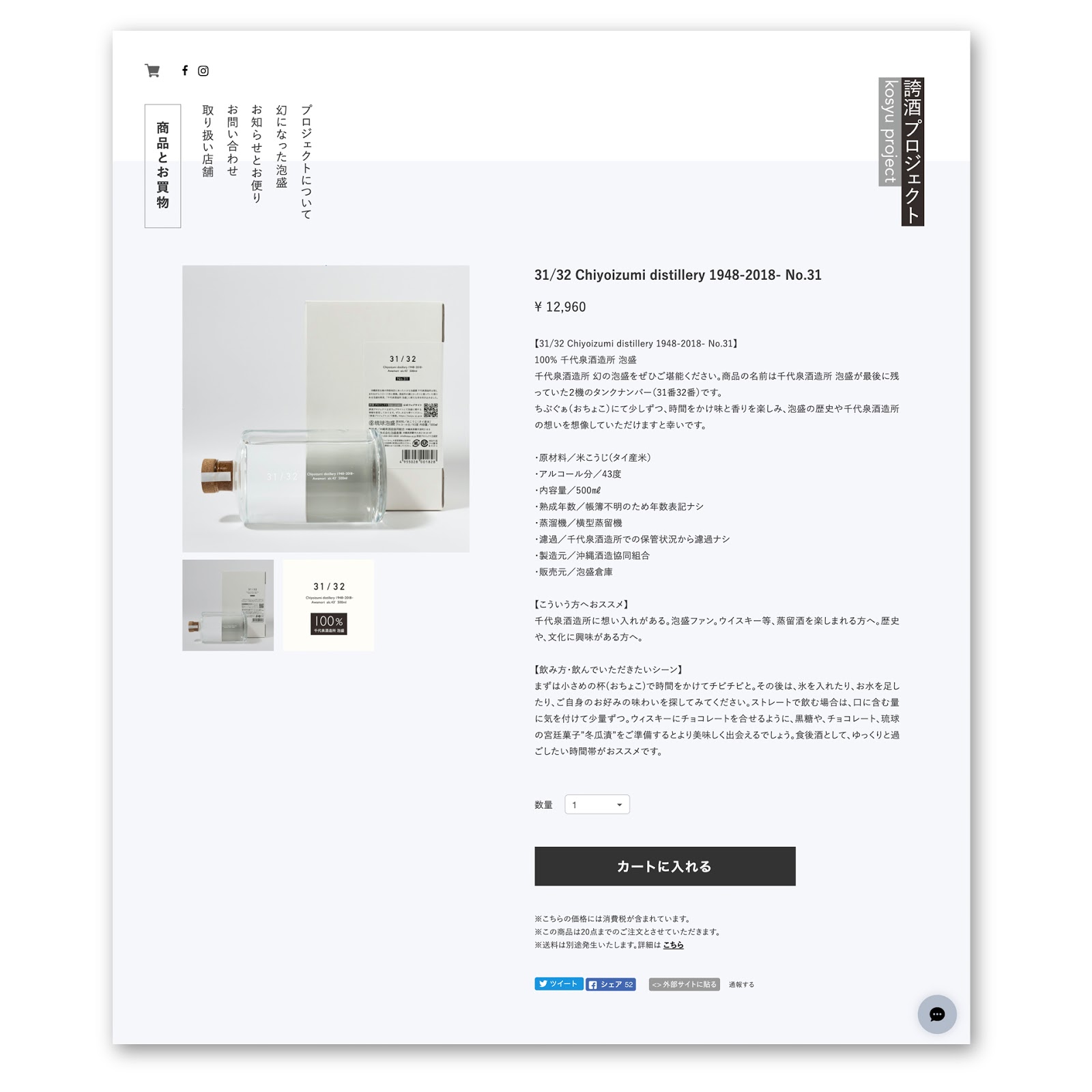