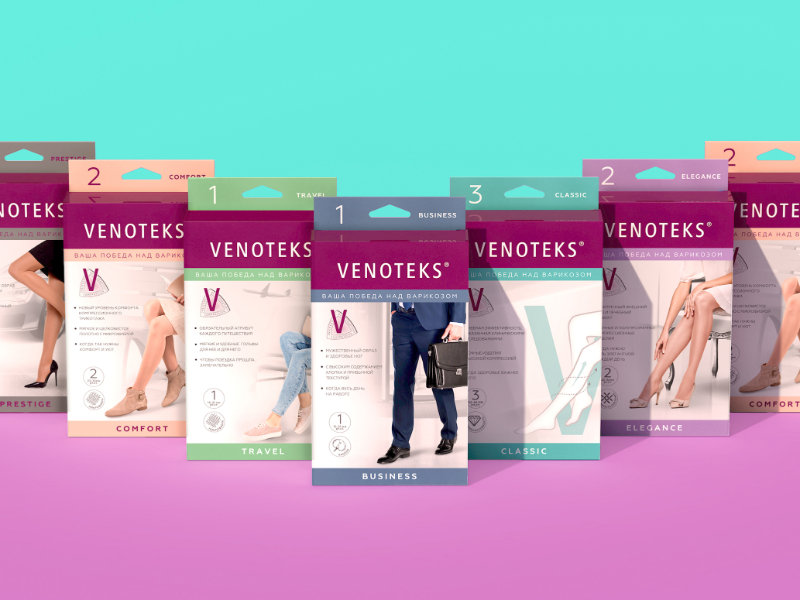 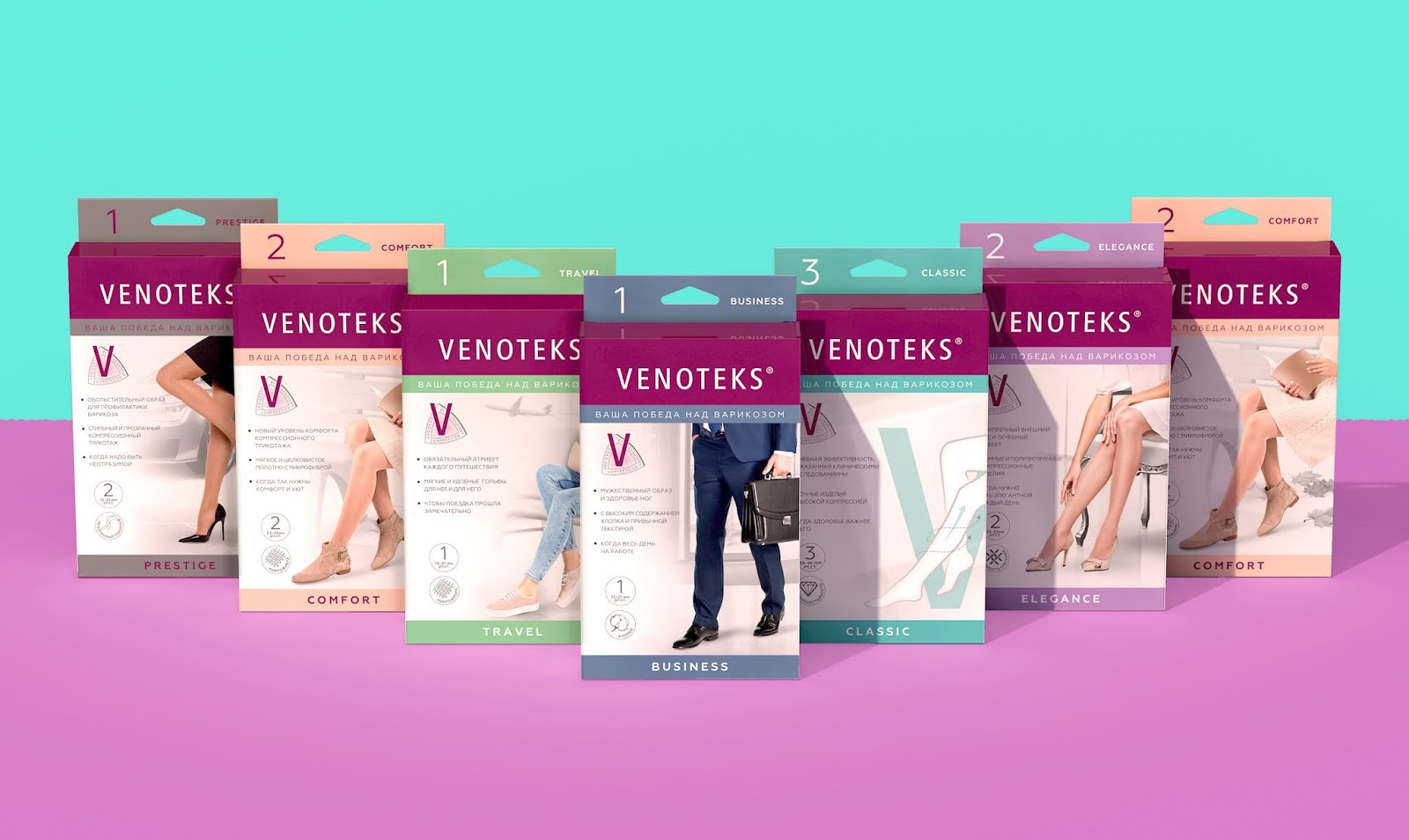 The branding agency Clёver Branding has developed a modern image for the packaging of compression underwear VENOTEKS.

According to many estimates, the prospects for the development of the compression linen market in Russia in the next 5 years can be very serious. More and more new, previously little-known brands of such products appear in Russian pharmacies, and manufacturers who have long been present on the Russian market have begun to feel powerful competitive pressure from newcomers. 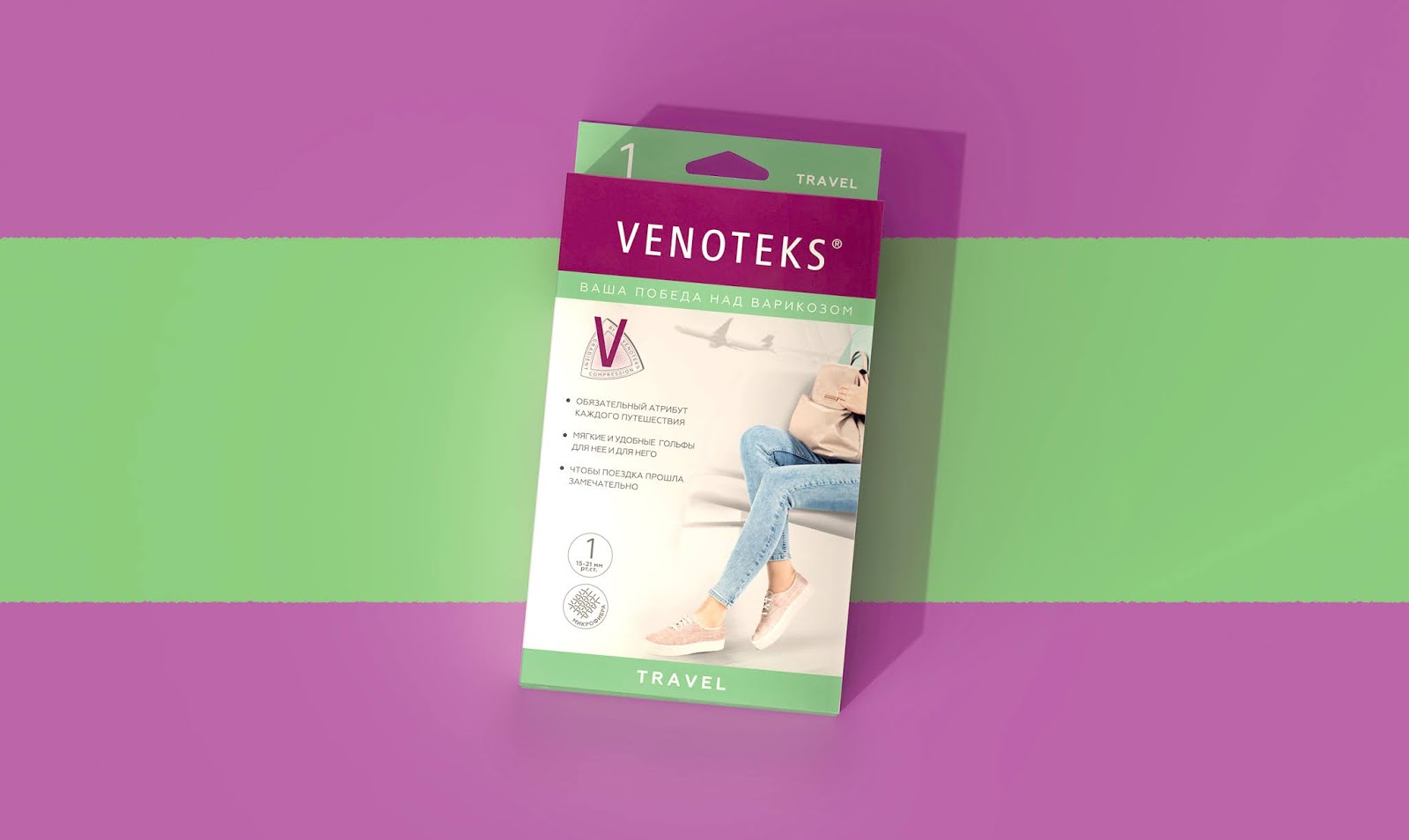 Compression knitwear VENOTEKS is owned by the German company Rehard Technologies Gmbh, which specializes in the production of compression knitwear, orthopedic shoes and rehabilitation products. VENOTEKS has held a strong position in the Russian market for more than 20 years, and today it is a leader in sales of compression knitwear in the middle price segment. The trust of thousands of customers allows us to say that Rehard Technologies GmbH specialists were able to find a middle ground in the manufacture of their products, providing the customer with the best price-quality ratio.

In the conditions of growing competitive environment, marketing specialists at Rehard Technologies GmbH decided to update the visual communication of the VENOTEKS brand: to make it more modern, highlight it on the shelf and eventually increase sales of products. 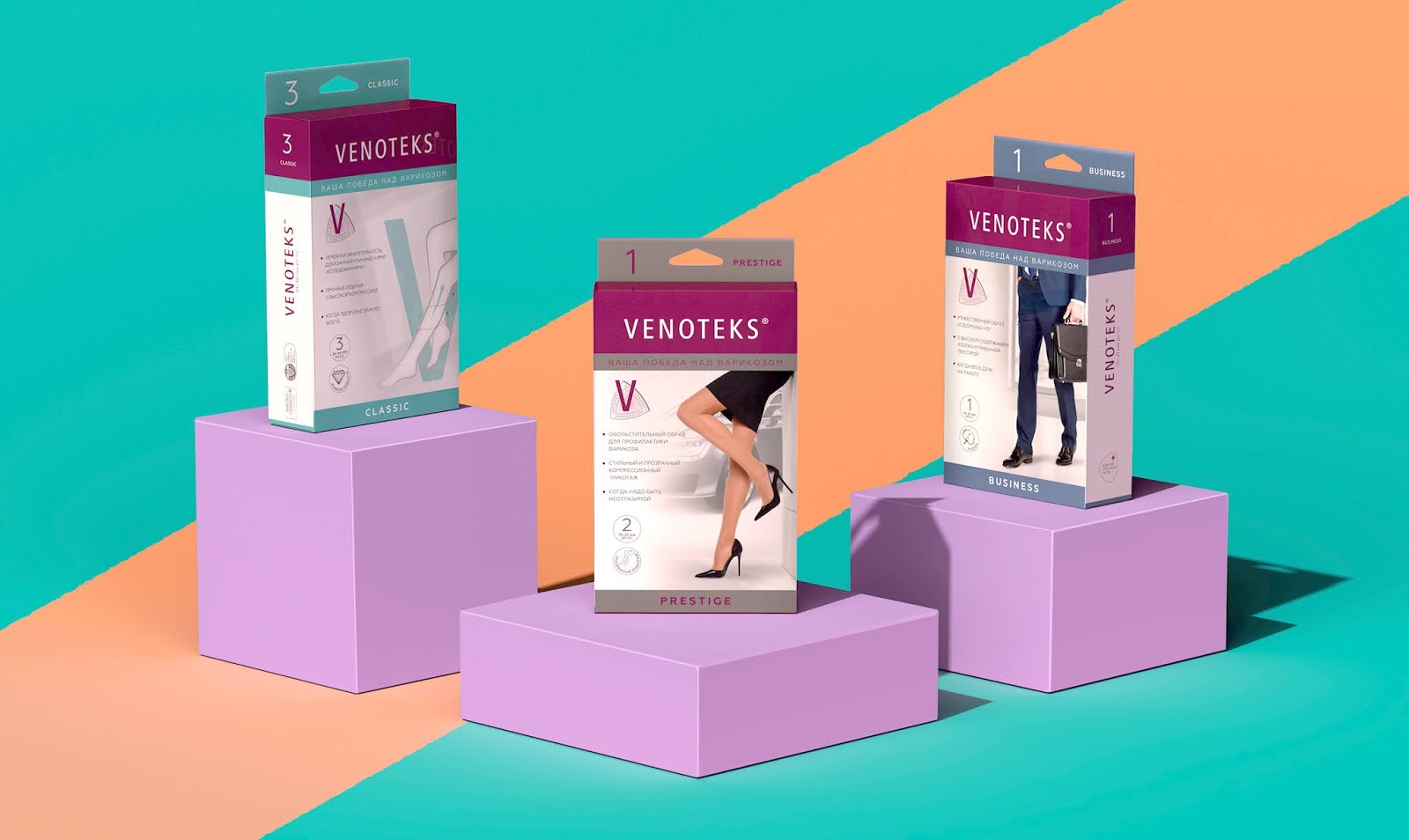 Among the main barriers to stopping the purchase, the following were highlighted:

As a result, it was decided to declare on the packaging not only women, but also men, to create product lines for different consumption situations, among which to highlight the “fashionable” line that would enhance the attractiveness of the VENOTEKS brand as a whole. Due to communication about the effectiveness of the product in different consumption situations, each product line began to clearly differentiate by the compression class, which greatly simplified the choice of the right compression garment for the consumer.

More than 20 SKUs were developed in seven product lines (Classic, Trend, Business, etc.). This amount was enough to cover all areas of application of compression underwear and to capture enough space on the trading shelf to actively distinguish the VENOTEKS brand from other manufacturers. 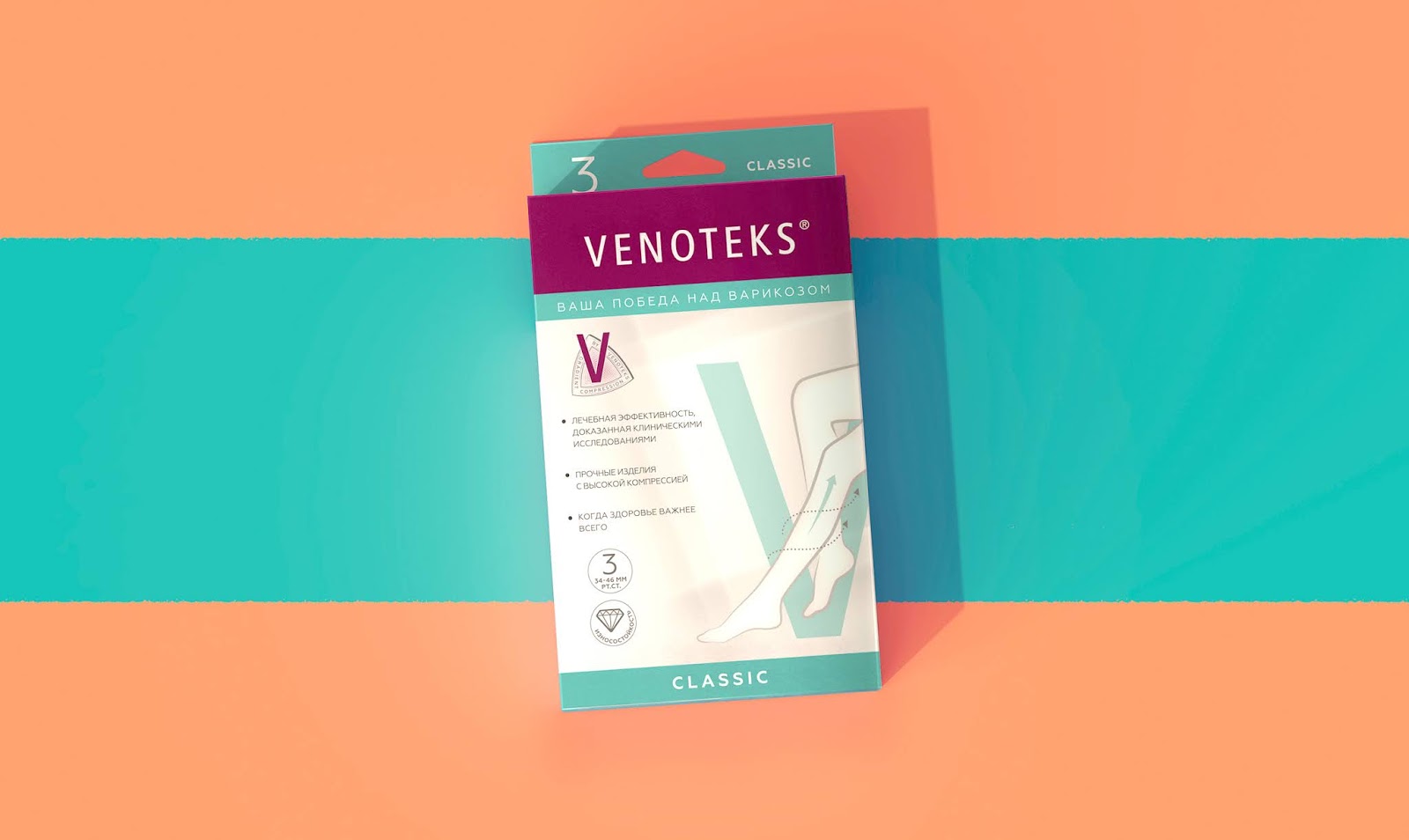 Producers and designers of Clёver Branding Agency conducted a preliminary casting of models and a subsequent photo shoot. In the process of developing visual communication, it was decided to abandon the demonstration of persons on the packaging so as not to cause possible negative associations with the consumer.

At the moment, VENOTEKS compression underwear in an updated package is widely represented in Orteka orthopedic salons and we receive only positive feedback from the specialists of these salons: it has become easier for them to select the necessary compression underwear for each client, and customers are very interested in the VENOTEKS brand. 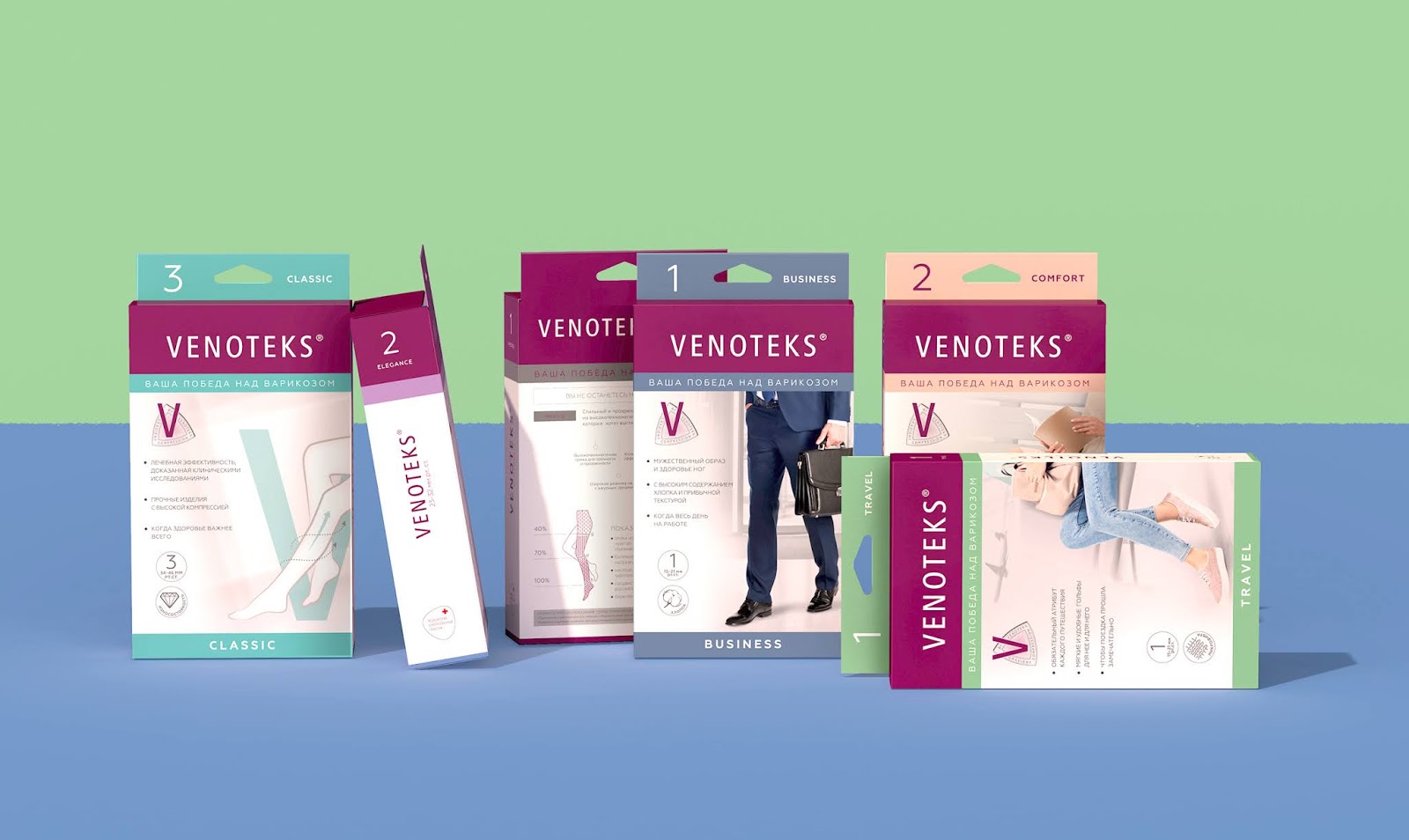 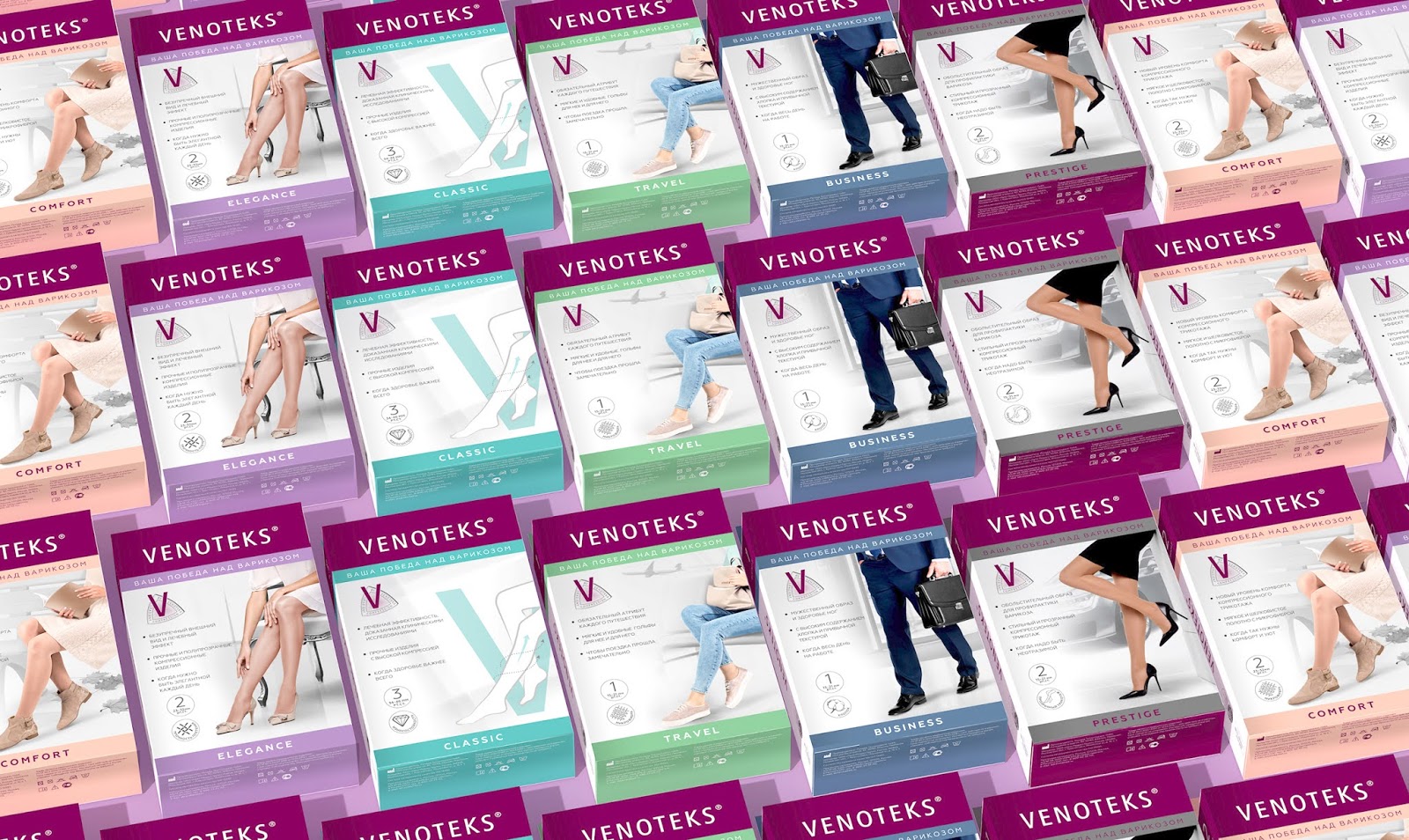 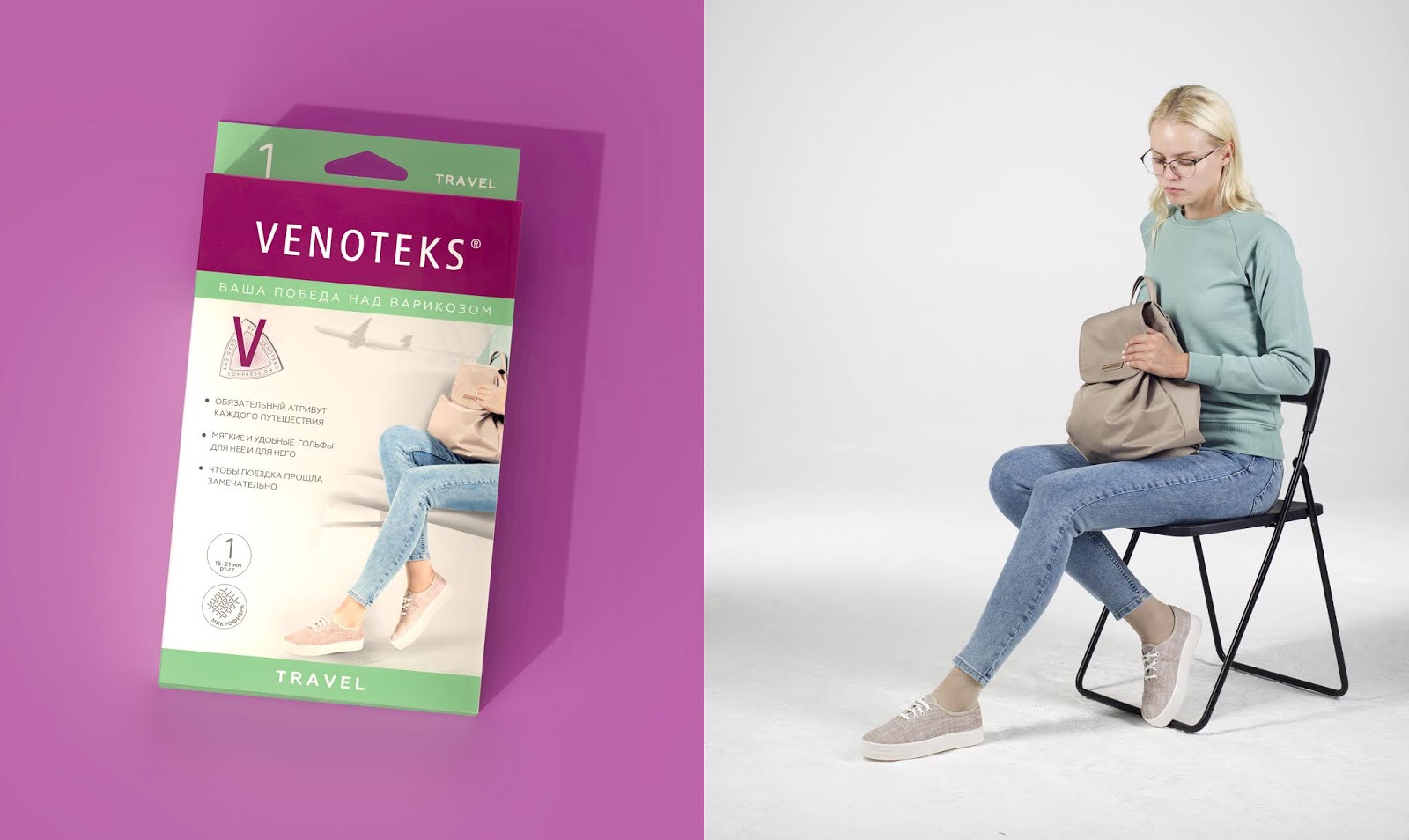 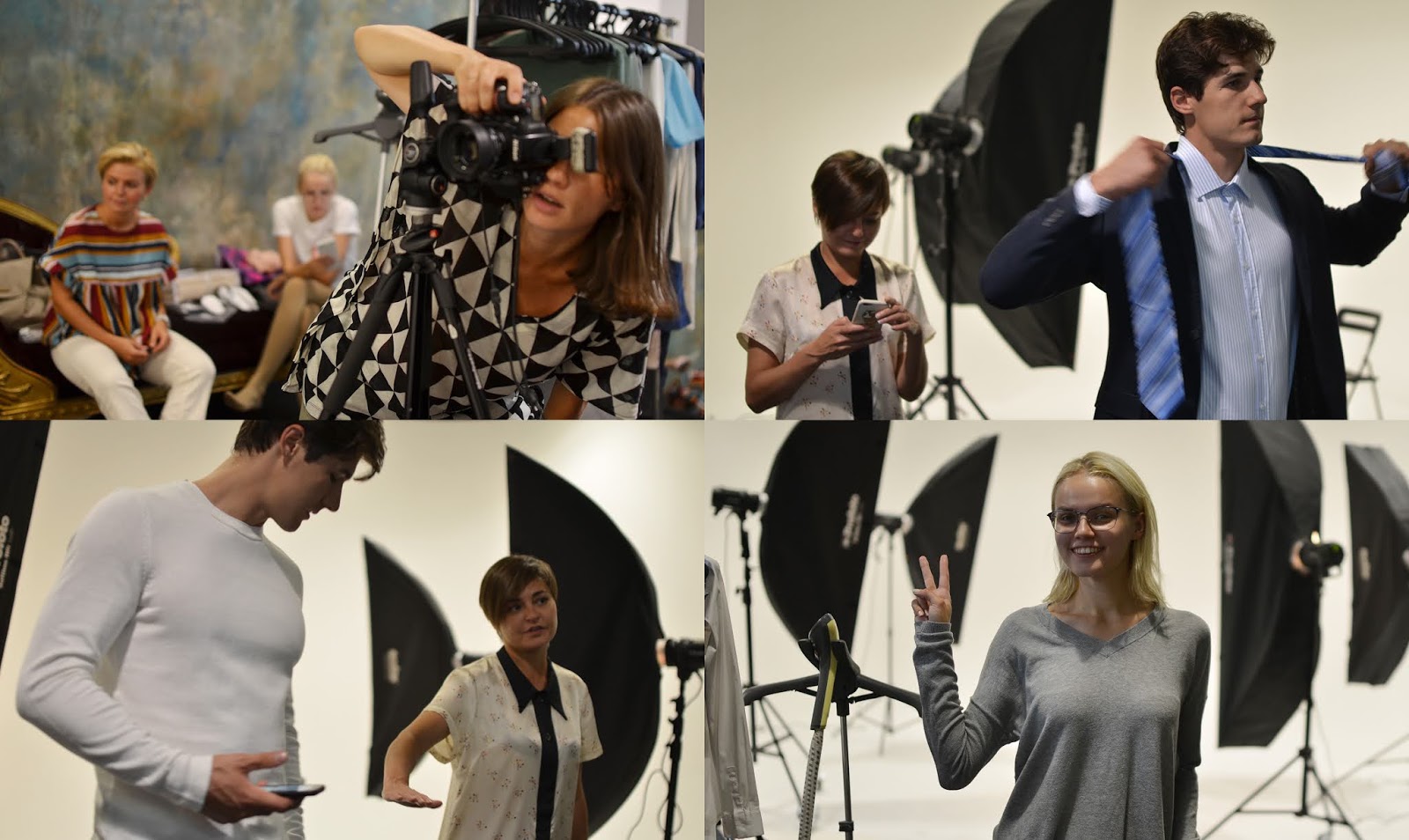 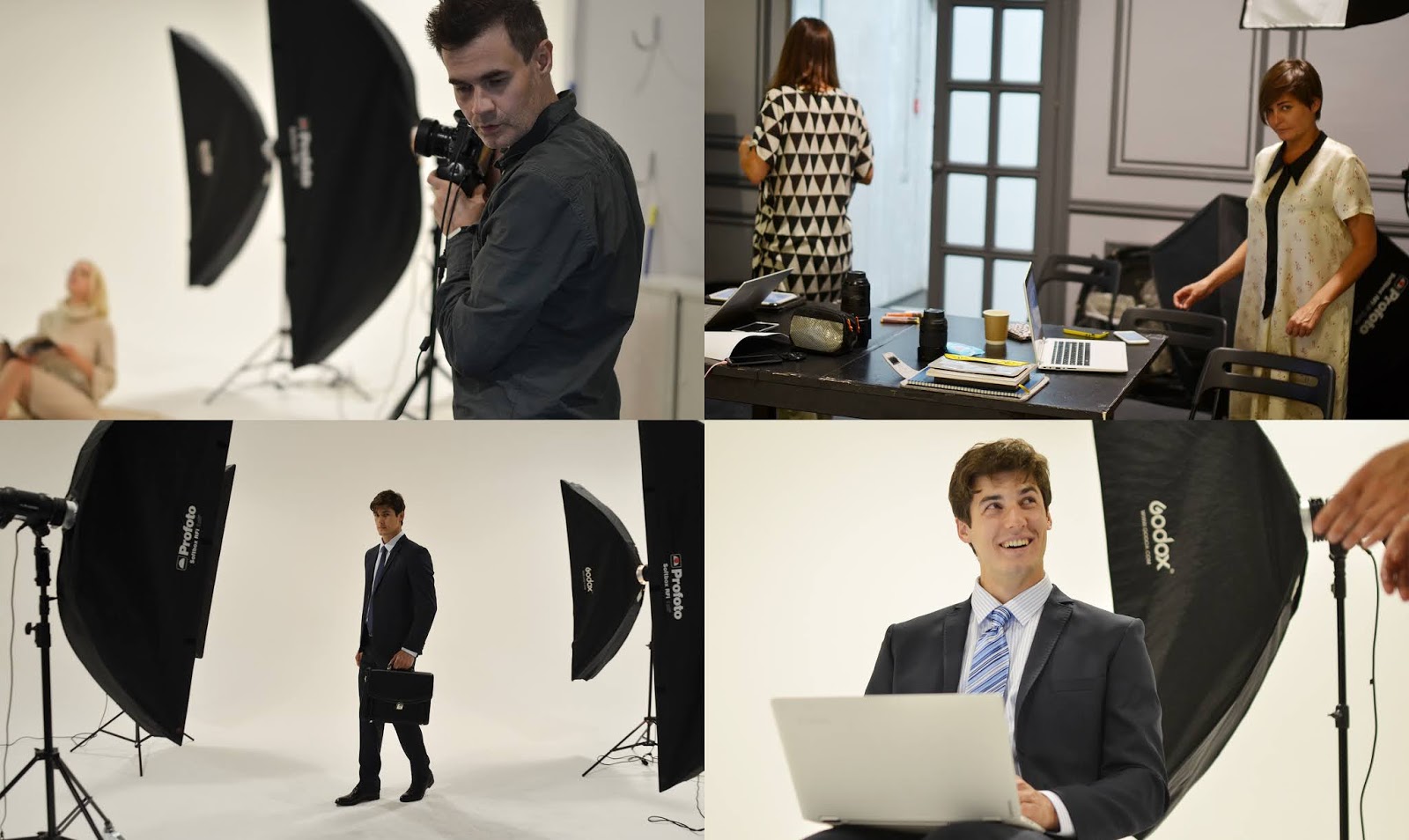