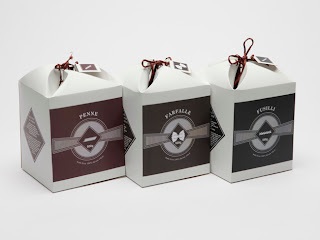 Designed by Nick Reid, a graduate from Loughborough University, England with a BA (Hons) in Graphic Communication.

BRIEF
The brief was to walk into any supermarket, choose a brand I didn’t like then re-brand, re-design and re-package it with no limits and I decided to focus on the packaging for pasta focusing on sustainability and eliminating plastics whilst also creating a new fresh feel and look to the product.

RESPONSE
The response to this brief was to create a package that was more environmentally friendly than existing packs and also made it easier for the consumer, the one problem I discovered from research was that existing plastic bags didn’t allow that much control over how much pasta you could pour and people said they would always cook too much. The intended audience for this product is food shoppers, mainly female aged between 19-45 who have a passion for cooking authentically. I have eliminated this problem using the unique structure of the design which allows the package to open in a very attractive mannerand by simply using one finger to flick one of the corners an instant spout is made which works very well at controlling the amount of pasta poured. The standard re-sealable tabs have been replaced with string which adds a certain elegance to the piece and the base of the packaging is formed using a crash-lock system limiting the amount of glue used which is only on one thin tab.

The major problem I wanted to tackle was to eliminate the use of plastics which are primarily manufactured from oil and natural gas, both of which are non-renewable resources. To reduce materials and waste during production, this package design is made from 100% recyclable Kraft board (457 microns) which is an extremely strong carton board made from unbleached virgin fibres and has an extremely high stiffness to caliper ratio making it very strong. The distinctive packaging and label contrasts greatly from every other pasta package on the market today and uses elegant shapes and patterns to reflect on the very nature of the pasta shapes themselves. The sutainable nature of my re-designed packaging should ultimately create competition in the packaging world and I believe this could lead further to making a change for the good of the environment in the large supermarket chains. 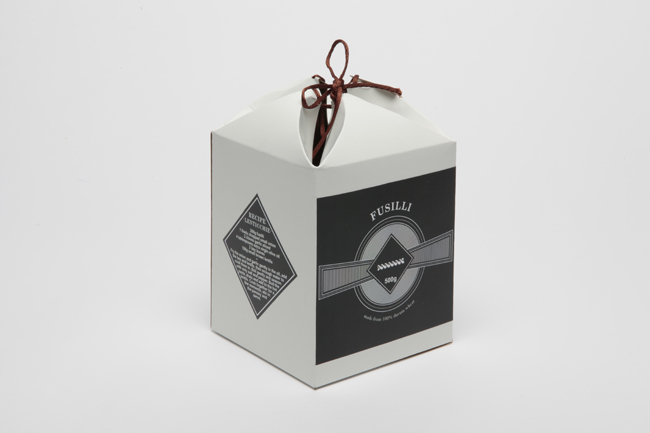 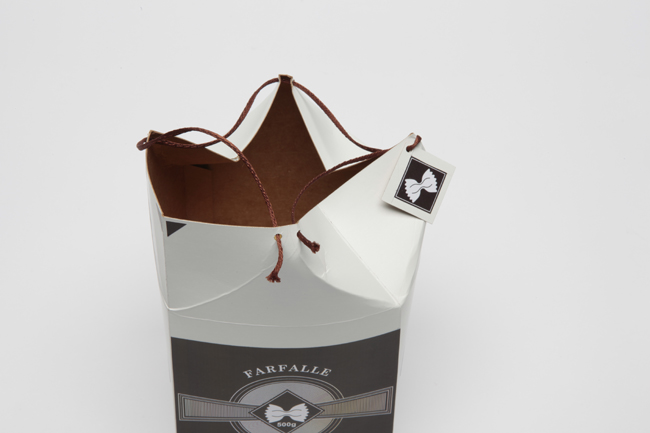 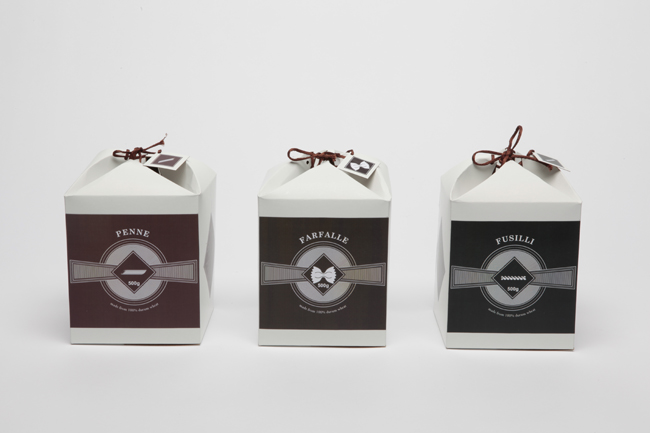