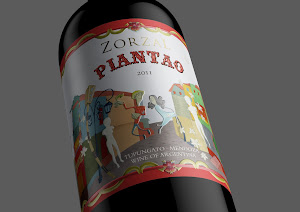 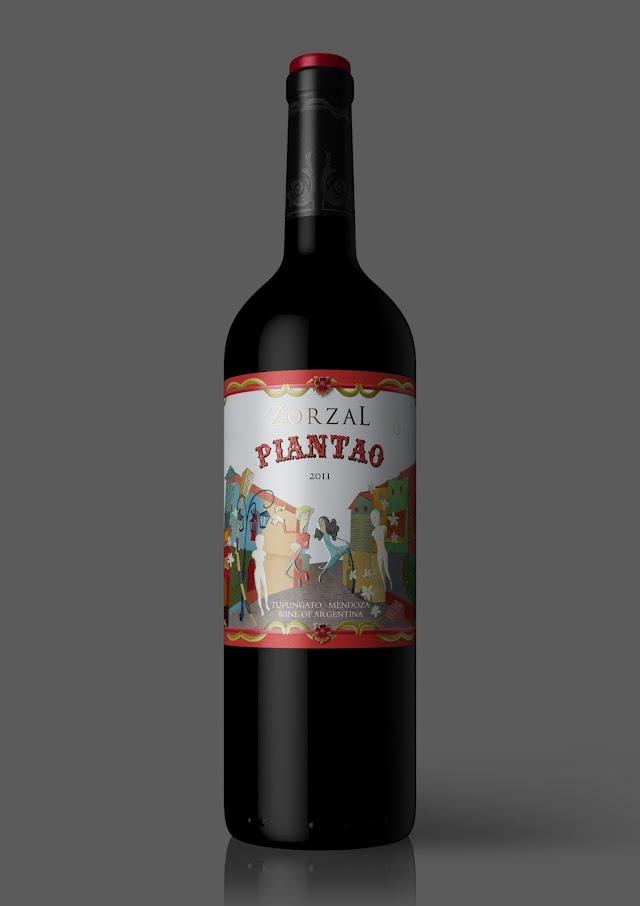 History of the wine: The winemaker had everything ready in the winery to receive the Cabernet Franc grapes but the amount of grape that entered into the winery was much less than the expected one. Consequently, grapes did not reach the cooling jackets of the wine making tanks so it was impossible to control the fermentation temperature.

Every time the winemaker was asked about the wine, he answered: There it is, “piantao.” “Piantao” is a word used in the Argentinian lunfardo that means crazy or loony (a friendly word), hence its name. The wine making process continued even when the wine started to have very unpleasant flavours and it would probably be thrown away. However, as time went by, it eventually became the best wine of the winery.
Some samples were sent to well-known wine critics, who granted excellent scores such as 97 pts. by Decanter and 91 pts. by Robert Parker. Its high quality and great recognition were the main reasons to export this wine.
The label had to convey that it was a 100% Argentinian Wine, emphasizing not only its great quality but also its wonderful story about the wine making process.

After hearing this story, as a designer, I posed myself the challenge to make a label that really lives up to this beautiful story. The design of the label is inspired by the Argentinian tango “Balada para un Loco” (Ballad for a Madman). It is a wrap-around label that, by means of a very detailed drawing, narrates and describes the story that takes place in the tango, where the main character is called “Piantao” (crazy).
The scene takes place in Caminito, a place of tourism and cultural value, located in the City of Buenos Aires, Argentina. The metal and wooden houses reflect the traditional style of a tenement, a type of precarious popular house that characterized the area from its origins.

The painting technique used in the frame of the label is called “fileteado”. It is a type of artistic painting and drawing style, typically used in Buenos Aires. It is characterized by lines that become spirals, bright colours, the frequent use of symmetry, three-dimensional effects by means of shadows and perspectives. The capsule also uses the “fileteado” technique to complete the packaging design, 100% Argentinian. 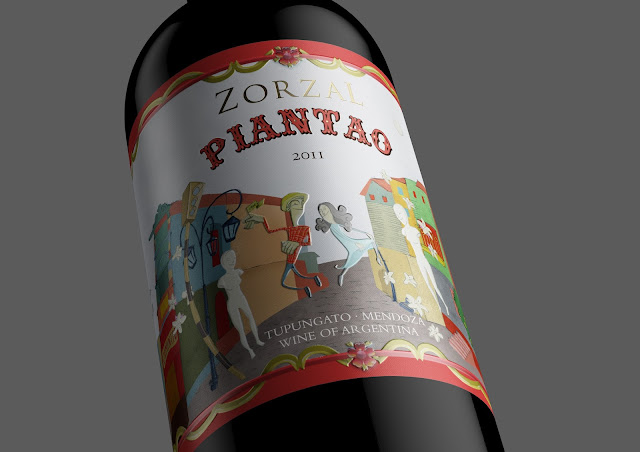 “Balada para un Loco” (Ballad for a Madman)
The afternoons in Buenos Aires have this… well, you know.
I leave home by Arenales,
when suddenly, from behind that tree, he showed up,
a strange mixture of penultimate tramp.
Half a melon on his head,
shirt stripes painted on his skin,
and a free taxi flag in each hand
and the mannequins wink at me, the traffic lights give me three sky blue lights
and the oranges in the grocer’s shop on the corner cast their blossoms at me,
and so half dancing, half flying,
he takes off the melon to greet me, he gives me a little flag
and he says goodbye. 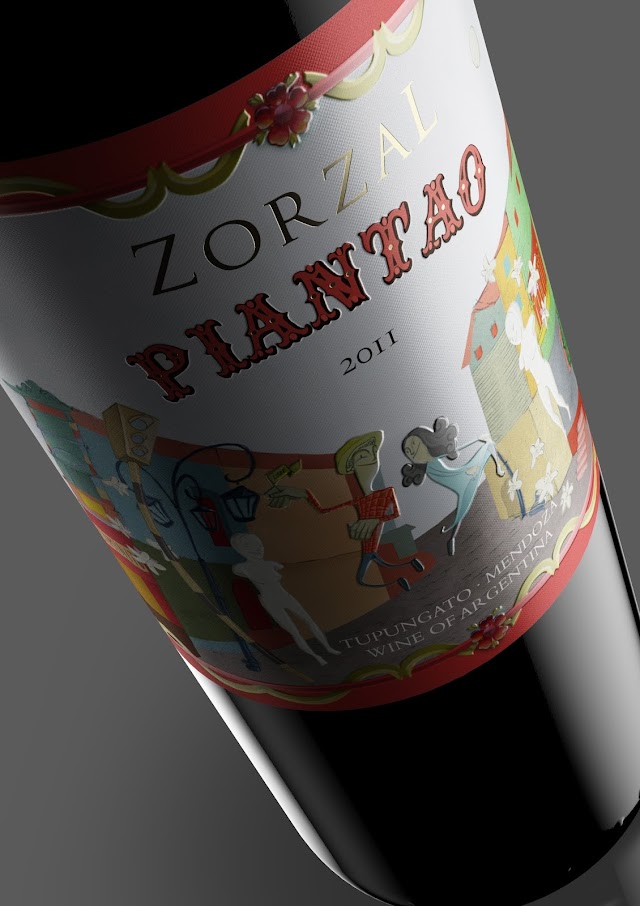 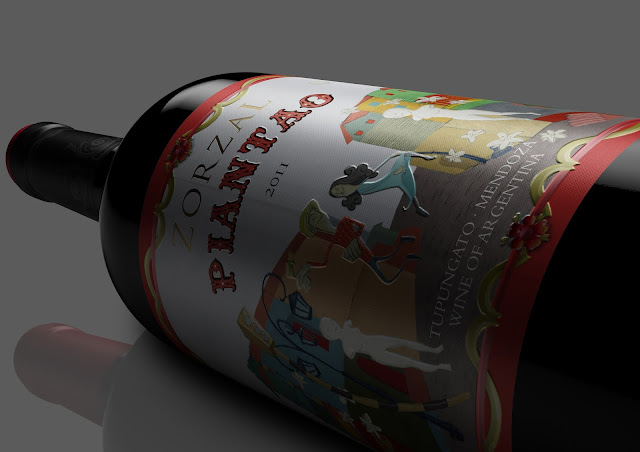