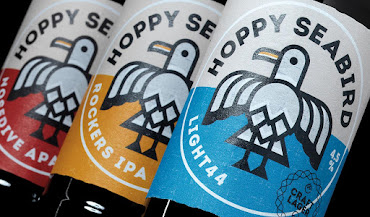 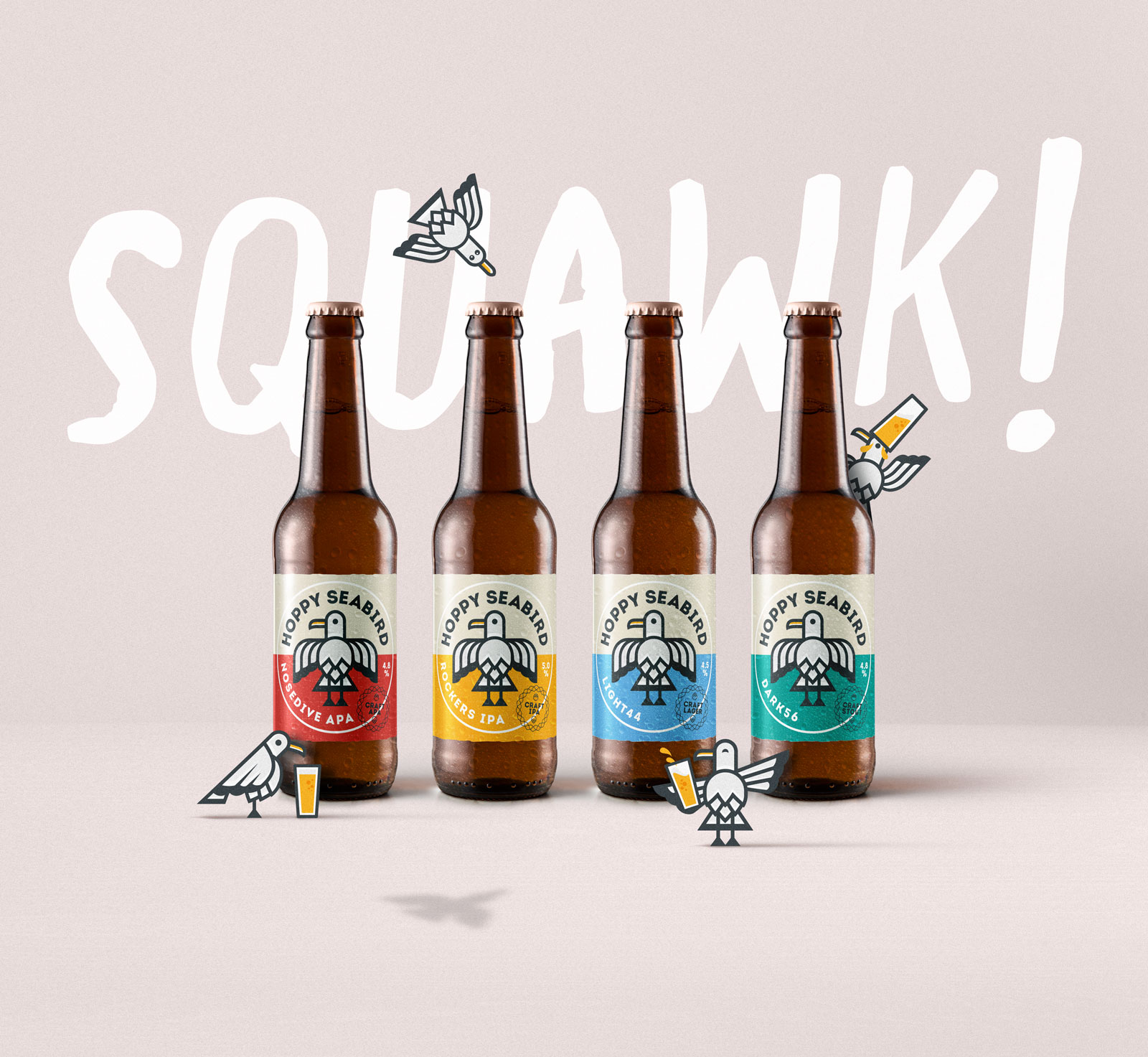 Beers to squawk about…
Debuting at the 2017 Craft Beer Rising Festival held in London’s Brick Lane, Hoppy Seabird is a new range of craft beers from Swansea, Wales-based Gower Brewery.

Launching as an initial range of three bottled lines – an APA, an IPA and a lager – with a fourth, a silky oatmeal stout, to follow shortly – the brief was to tap into the ‘new age’ beer sector with a new brand that doesn’t take itself seriously and whose burst of charm was equal only to its signature aromatic burst of hops. By dovetailing and extending the Gower Brewery’s heart, we helped craft a new proposition.

The new brand takes reverent cues from common elements of the established Gower Brewery badges – combining the seagull ‘centurions’ and the hop iconographic detail to create a new, personable visual identity. We called it Hoppy Seabird, and it makes nest for a striking illustrative identity. 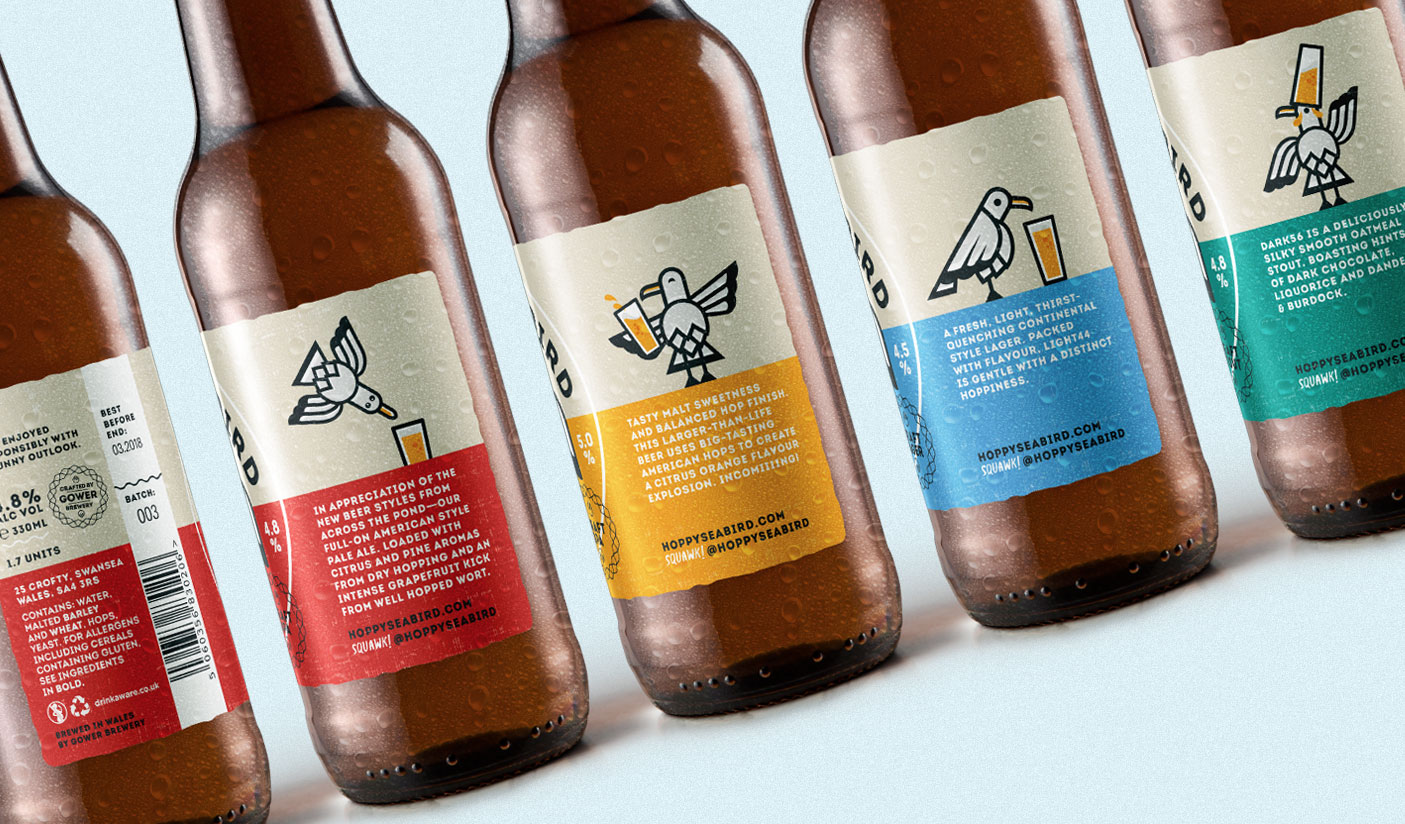 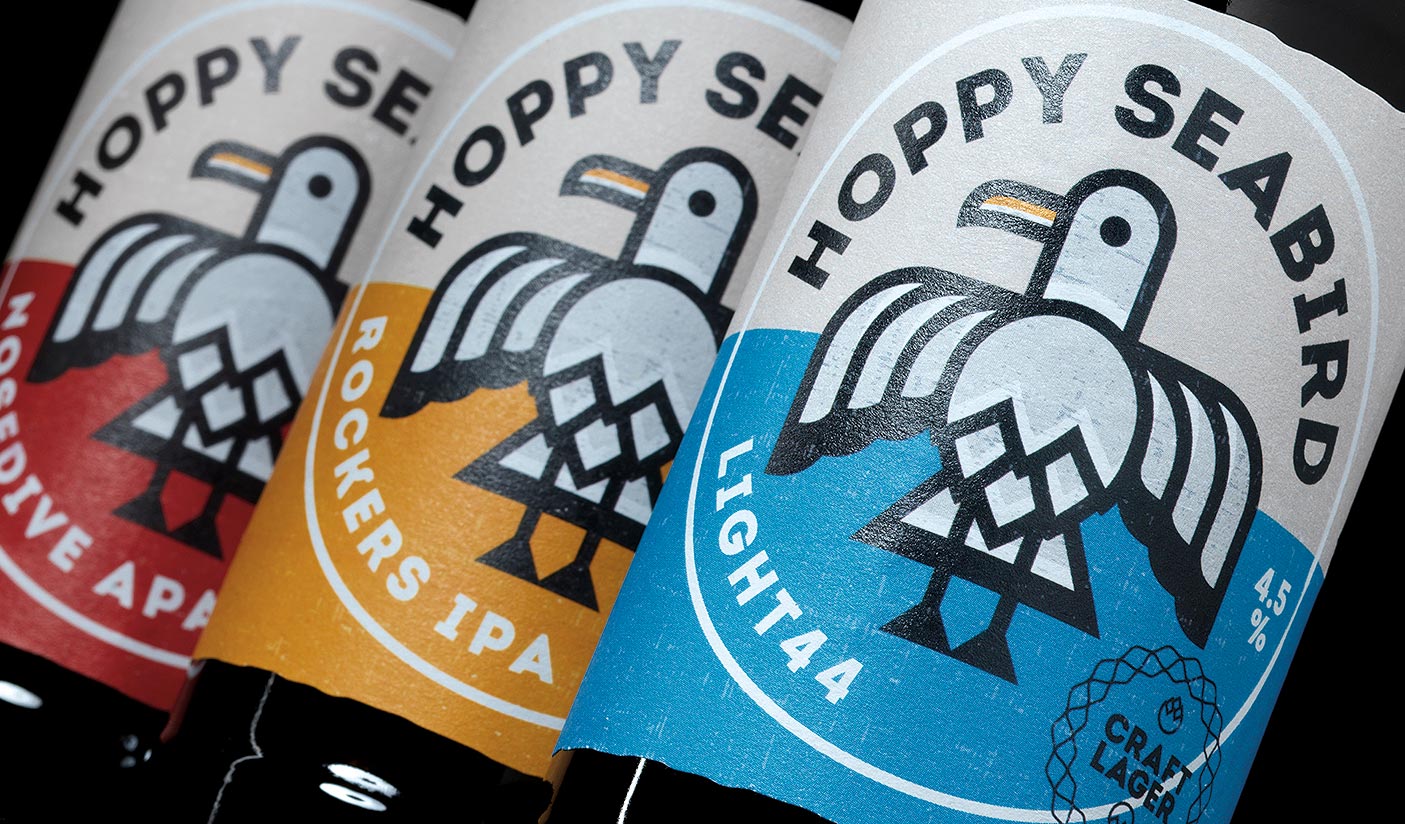 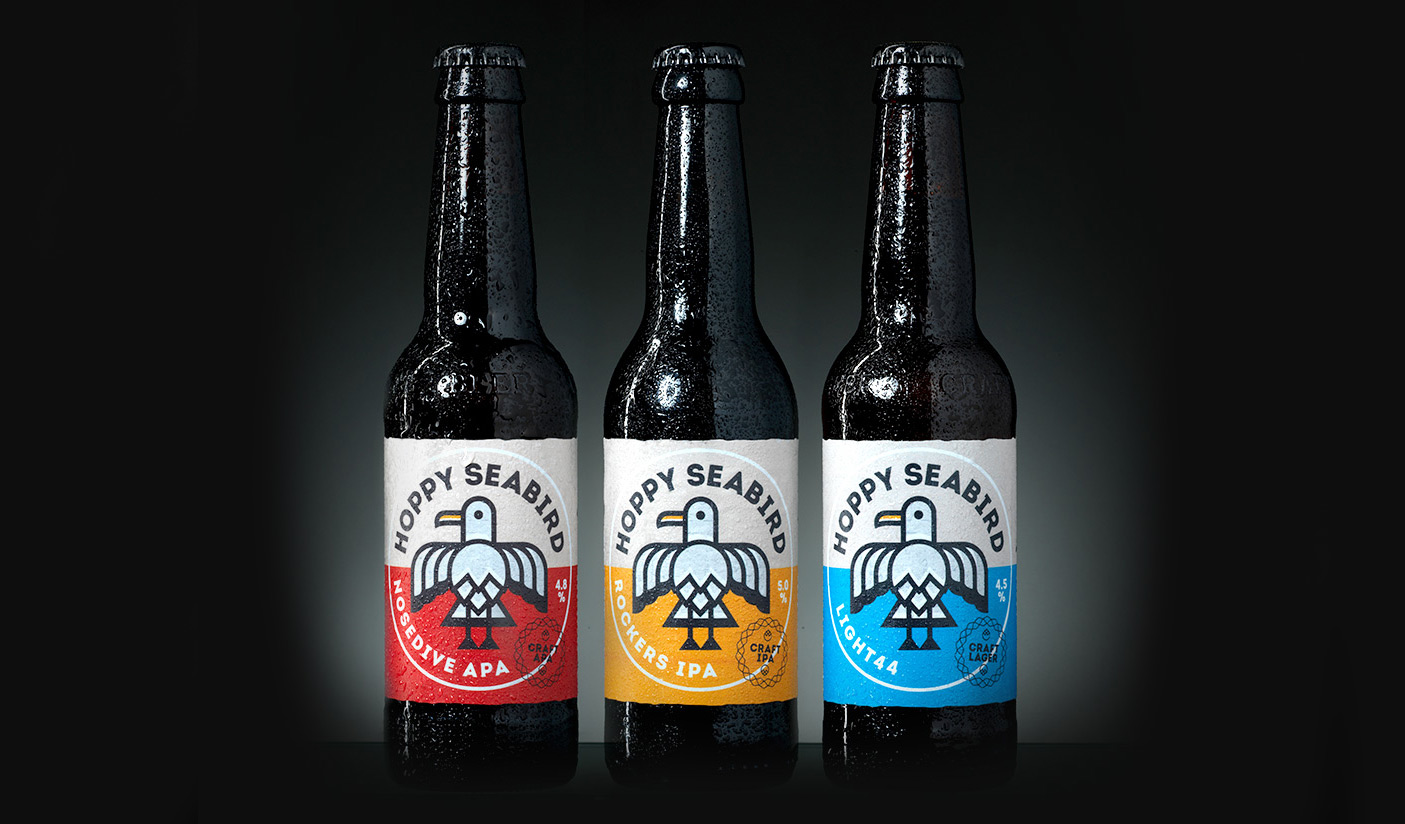 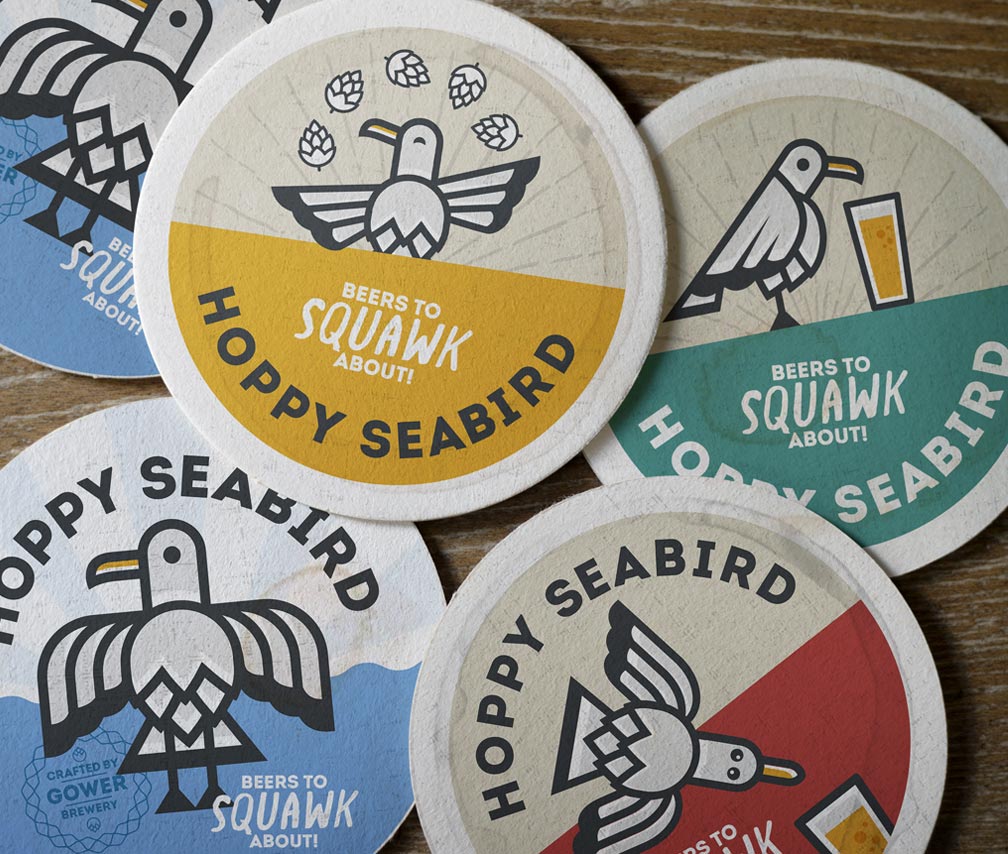