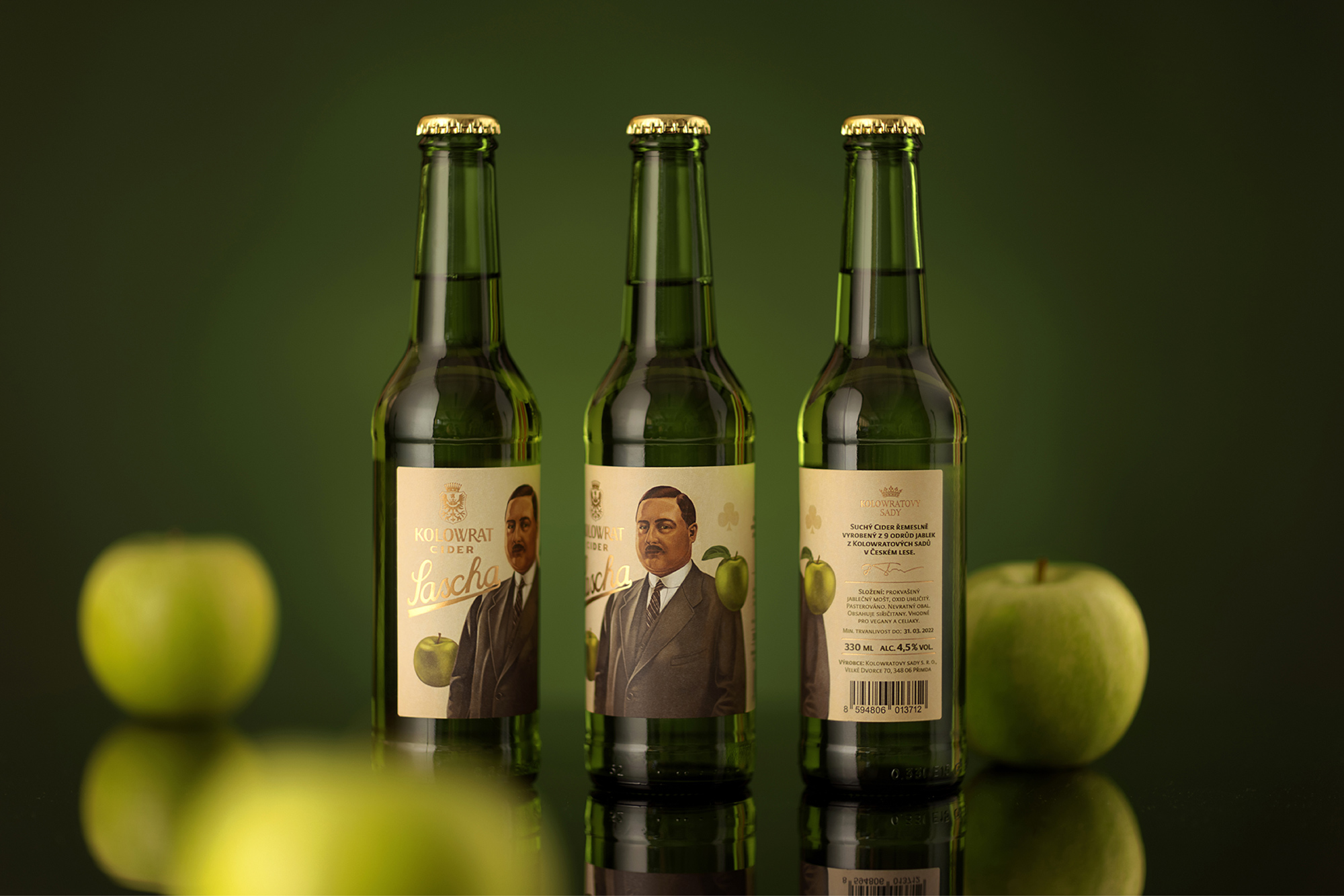 Throughout history, noble families have supported artists by engaging in exchanges designed to benefit both parties. Artists would be commissioned to create, with payment enabling them to continue living from their artistic output. In return, families would gain masterpieces reflecting the prestige and ethos of family members and their approach to work and life.

This project brought something similar. The House of Kolowrat is a Czech noble family with a prominent role in the history and administration of their native Kingdom of Bohemia as well as the Holy Roman Empire. The family commissioned Little Greta with a new design for their key product, cider.

The design was built around Count Alexander “Sascha” Joseph von Kolowrat-Krakowsky. One of the family’s most significant descendants, he was a pioneer of Austrian cinema, a keen racer, as well as great fun to be around. The nobleman’s race car and the shamrock to bring him luck were used as the supporting visual elements. A witty touch of elegance relating to the First Czechoslovak Republic and avant-garde art, two phenomenons occurring during Sascha’s life, were also added to the visual mix. 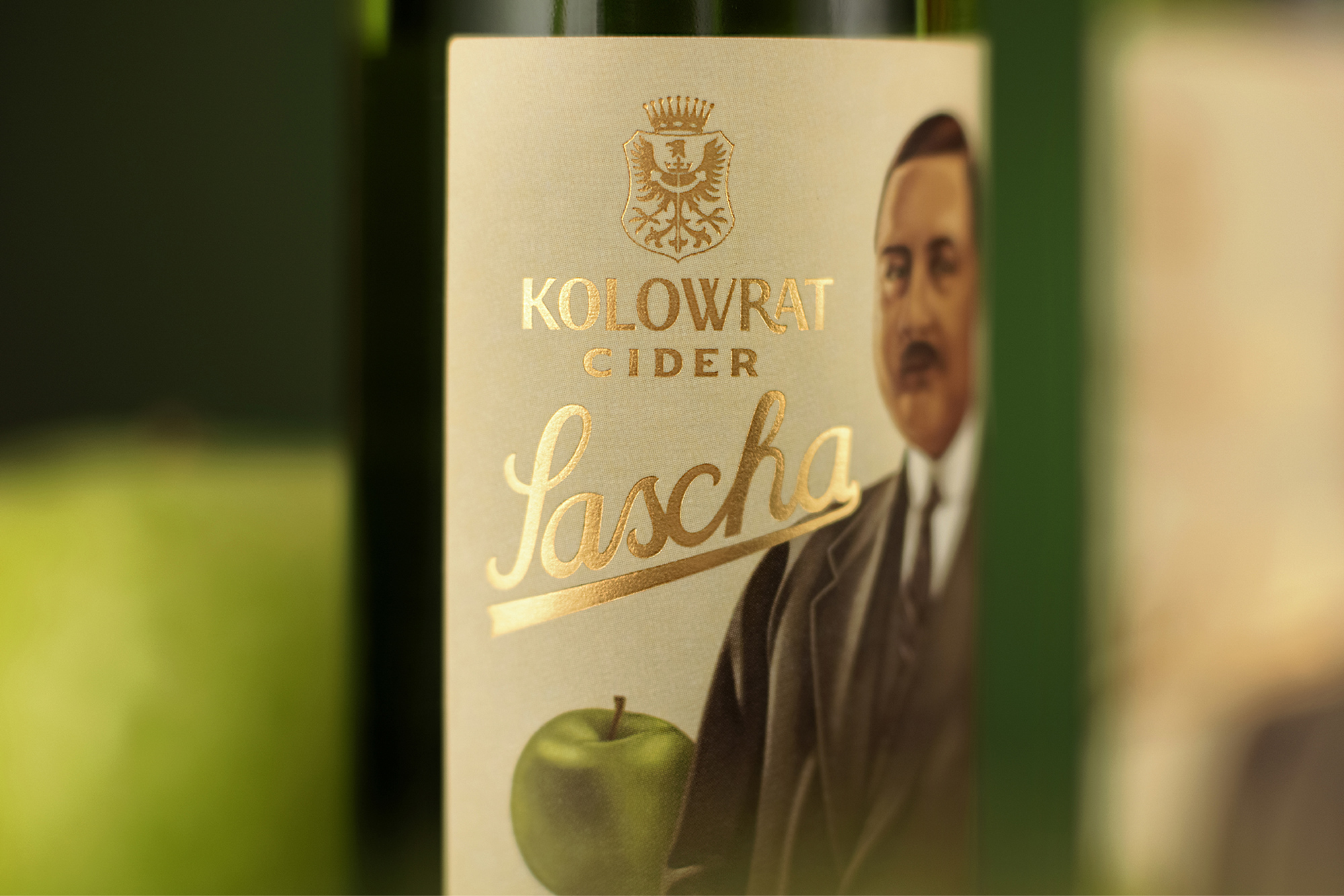 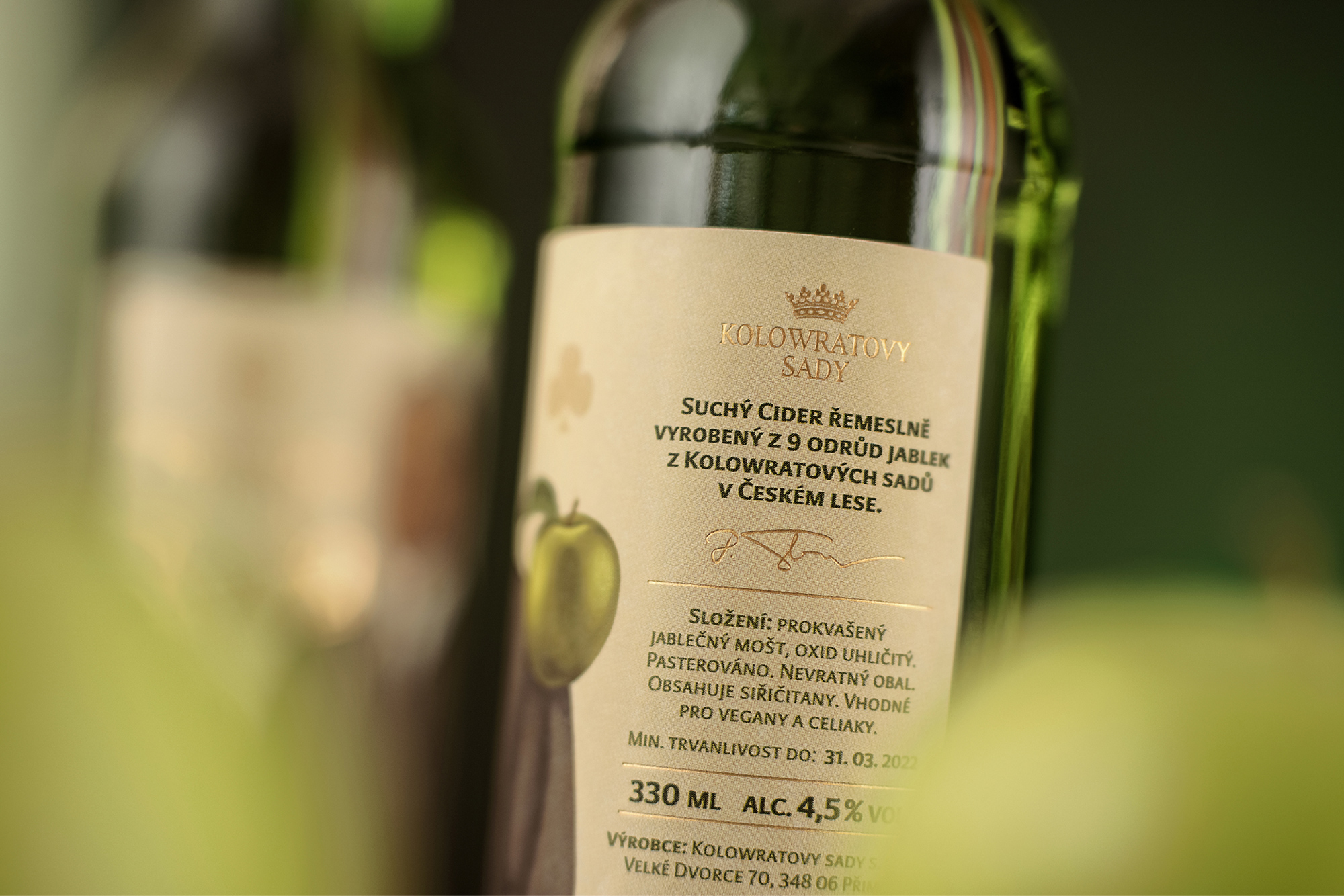 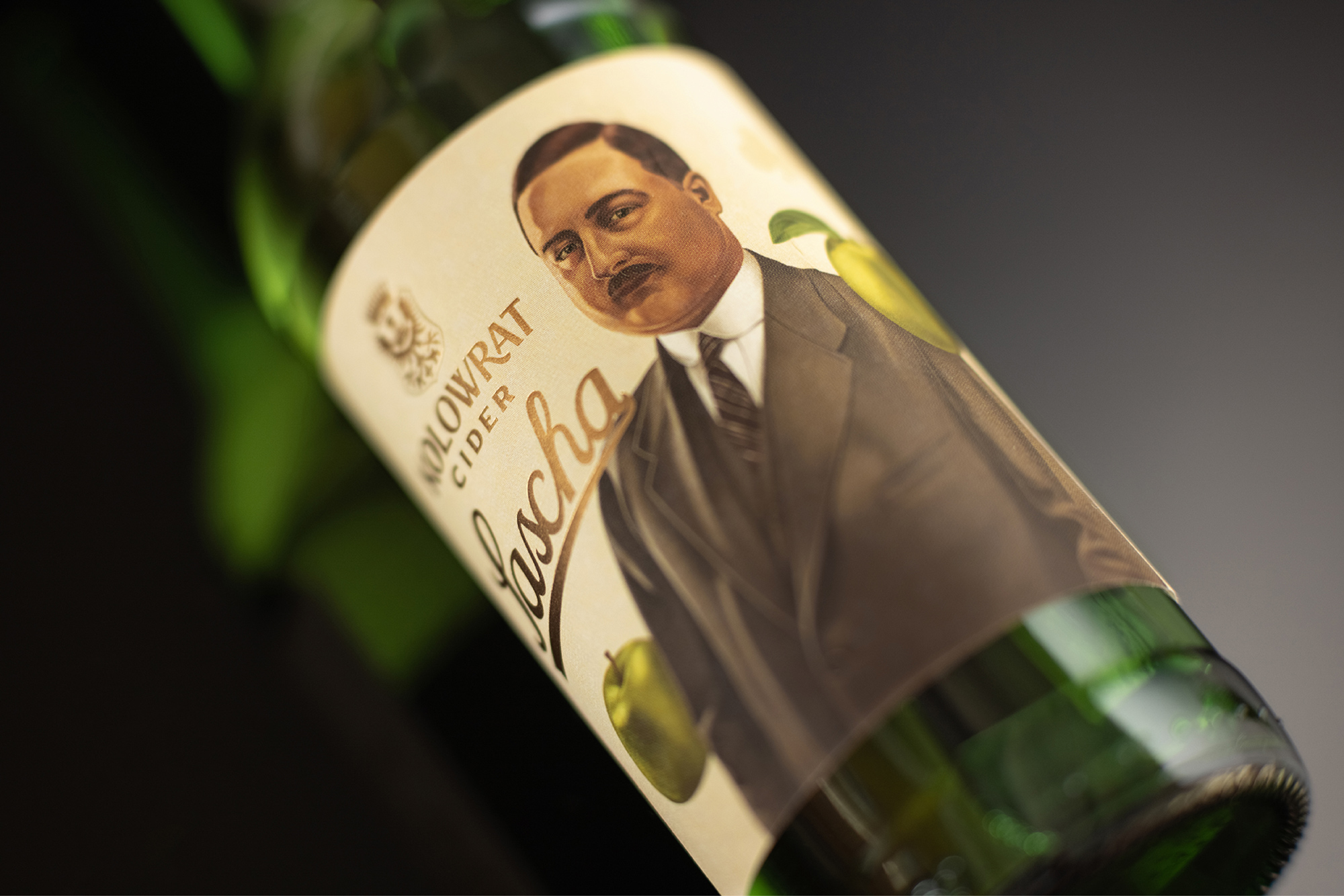 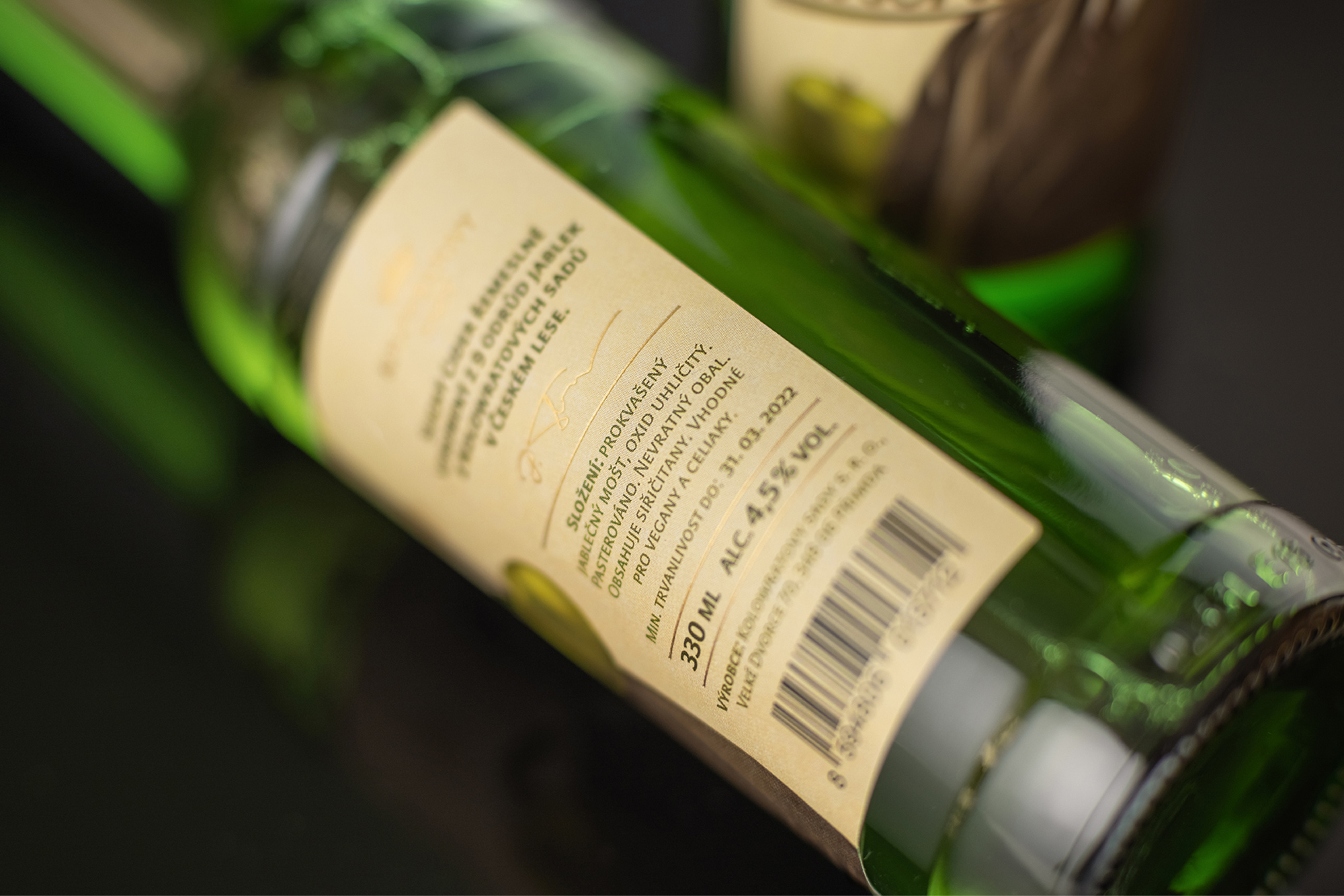