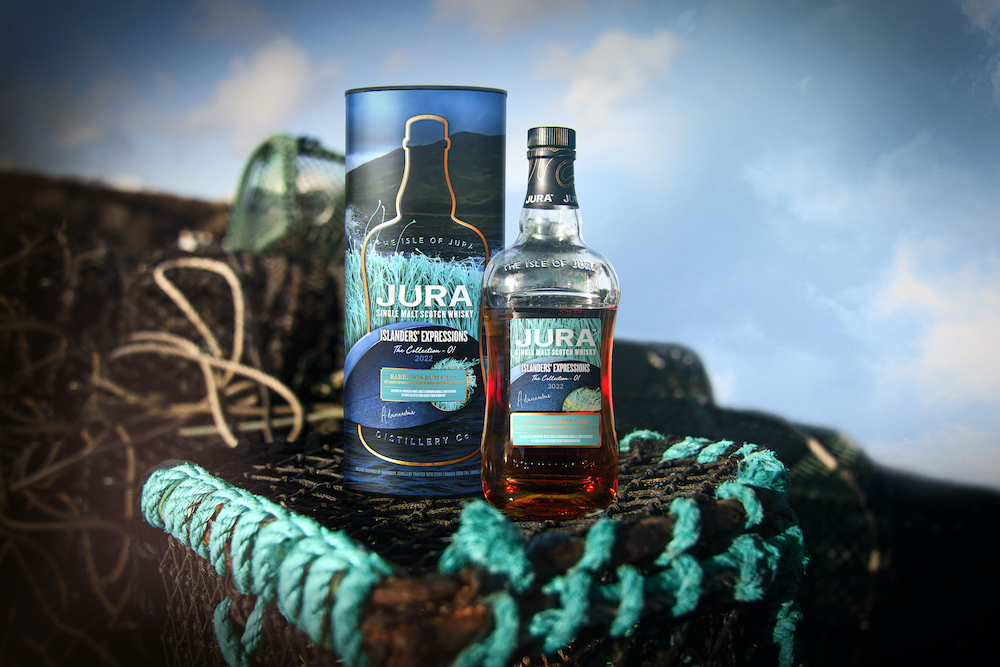 Jura hails from the eponymous island in the Inner Hebrides of Scotland, home to a small community of just over 200 inhabitants. Once described by Orson Welles as ‘the most un-get-at-able of places’, there is only one road, one shop, one pub and one whisky distillery. Originally established in 1810, the distillery was revived in 1963 to bring life back to the island and help its community prosper.

Jura’s range of whiskies are lively and full of character, just like the small community who make it with care. Jura recently became the number one single malt brand by volume in the UK, and it is the fastest-growing single malt brand in the US.

Whyte & Mackay tasked Dragon Rouge with creating a new series of propositions to recruit new drinkers and at the same time help the tiny island of Jura prosper.

Dragon Rouge’s focus for this range was creating a sense of connection and belonging for the travel retail audience whilst bringing Jura’s unique purpose to life. Their solution focused on the craft, creativity and community spirit that exists between the 212 or so inhabitants.

Dragon Rouge created the Islanders’ Expressions collection as a series of whiskies inspired by Jura’s creative collective of its tiny island community. The imaginative minds; ever resourceful and united in the shared inspiration Jura’s landscape and lifestyle brings. Wild, beautiful and isolated yet filled with a warm spirit of its people. Each whisky is inspired by the originality of its islanders’ craft.

This first edition is a collaboration with Amy Dunnachie, aka, Amy Finds. A Jura native, Amy is a story-telling jeweller who forages objects across the island, creating new treasures with everything she finds, each telling their own special story. Crafted from copper and rope washed up from afar on Jura’s shores, this first whisky in the collection is borne of two islands – Jura and Barbados.

Amy’s unique creations have been paired with an equally inventive rum cask finish – unifying the artistic craft of the islanders with the experimental skill of Jura’s whisky makers. People with a passion for bringing the distinct regional flavours to their island malt for new, harmonised taste expressions. The Barbadian ex-rum cask finish combines the bright, lively character of Jura whisky with the tropical fruit, warming sweet spice and richness.

Islanders’ Expressions Barbadian Rum Cask is the first in a future pipeline of limited editions which bring in cask finishes from adjacent drinks categories. The new product will retail at £50 GBP, at the accessible end of the single malts category in global travel retail.

“It’s been a pleasure to partner with Dragon Rouge on the creation of this new series. We are proud to shine a light on the creative talent from the Scottish island we call home and at the same time offer our drinkers new and interesting whiskies. Dragon Rouge tackled the brief with great care and have showcased the partnership and the whisky in a way that will really stand out in the GTR environment”.

“This has been a fantastic journey to be part of; learning more about the island and the individuals that make Jura such a special place. It has been a privilege to work with Amy’s pieces to transform her art into a design for Jura as unique as the whisky and the islanders themselves.” 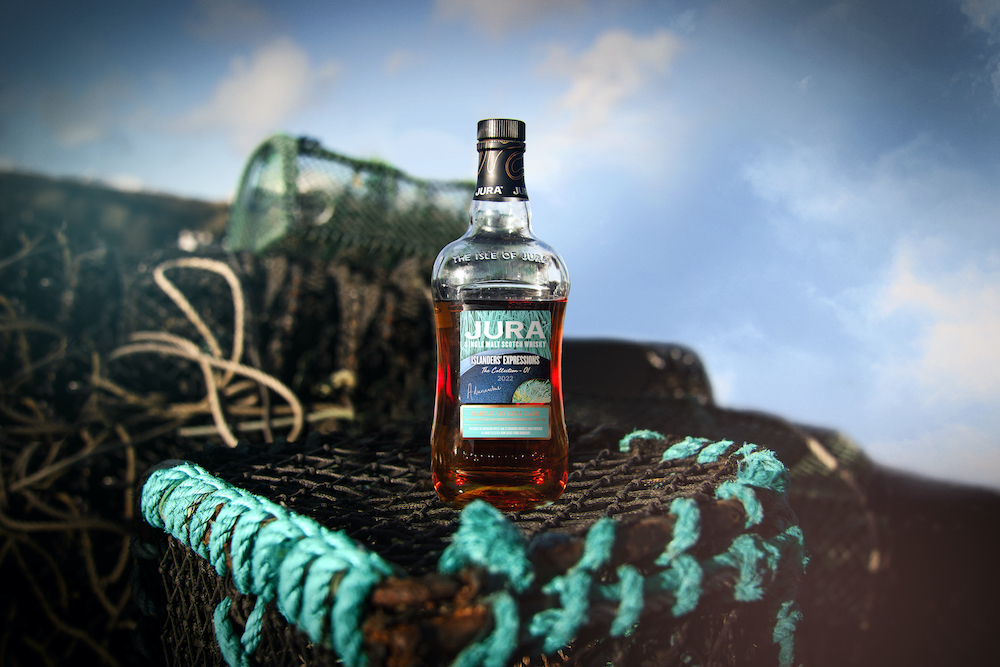 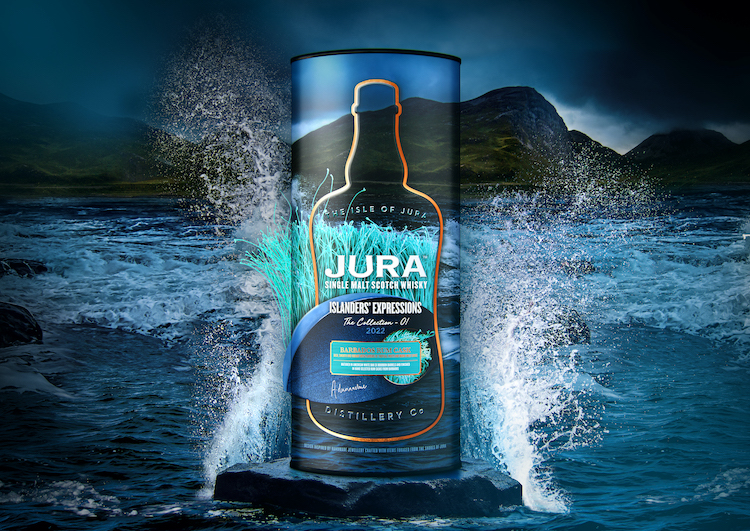