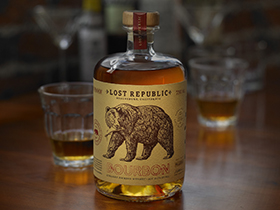 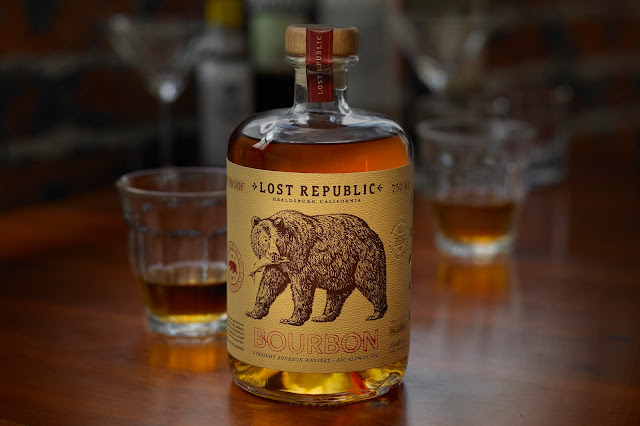 Sonoma County’s Dry Creek Distilling Co. presented Auston Design Group with the challenge of creating the brand image and package design for their new bourbon brand, Lost Republic. The only direction given was their desire for branding that represented a monumental three week span in California history; the California Republic.

Also known as the Lost Republic, due to its short existence of only a few weeks during the summer of 1846. American insurgents declared their independence from Mexican rule by hoisting the new California Republic flag over the town of Sonoma. After 26 days the U.S. government had taken control of California.

To reflect the era of the Bear Flag Revolt, a retro apothecary bottle was chosen and a die-cut golden yellow “tag”, representative of California’s golden hills, was used as the backdrop. Auston Design Group then created a number of period correct components for the label. Inspired by the California state symbol, the woodcut style California Grizzly Bear is recognizable from across the room, and has become the face of the brand. Other details like the brandmark, the debossed Lost Republic seal, a simulated rubberstamp seal, and a tax-stamp style tamper band, work together to evoke that 1846 Sonoma, California, sense of time and place.

The pressure sensitive label was printed digitally on 70# Eggshell Felt stock, and the deboss and diecut were finished offline. 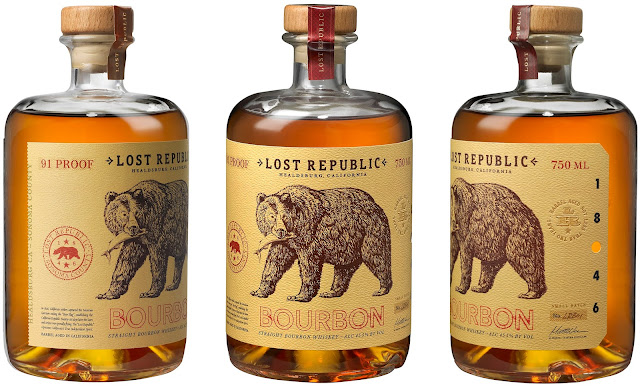 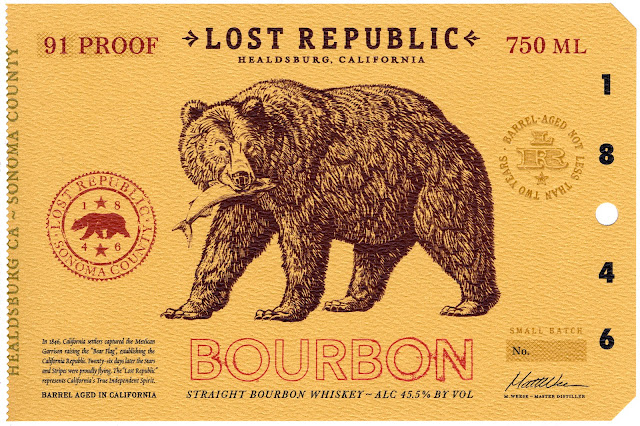 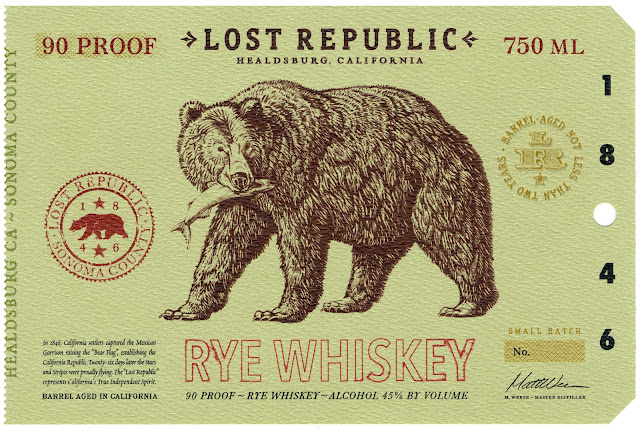