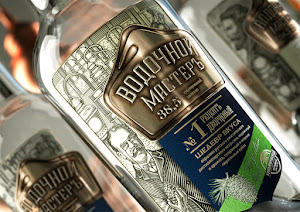 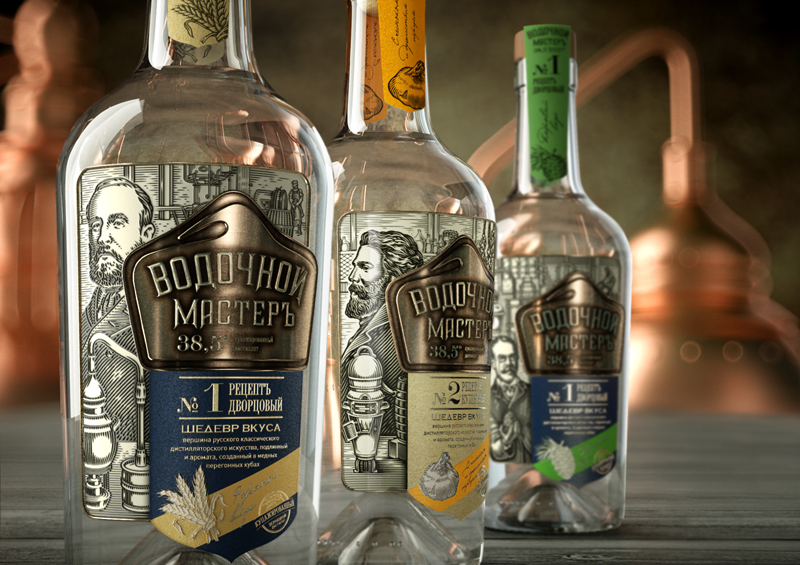 Background:
The Nemiroff production company – one of the worldwide alcoholic beverage leaders – created a new product named «Vodochnoy Master» for the strong alcoholic drink market and expanded a niche of already present distillates. Despite its strength (38 ˚) the beverage is neither vodka nor liqueur. It pairs well with all the standard vodka chasers, but at the same time, it is so smooth that it can be used straight, without a chaser, so it can be an alternative to whiskey and cognac.

«Vodochnoy Master» – is a real grain wine. It is produced with recreated technologies that were widespread throughout Russia in the 18th and 19th centuries but were subsequently almost lost due to strict regulations on the alcohol industry. The specificity of production determines its unique attributes – oiliness, clear color and a special «grain» aftertaste.

Challenge:
DDVB had a task: to develop a design concept accentuating the features of the beverage’s production process with the help of visual language while also maintaining the national strong alcoholic beverage aesthetics.

Solution:
As a key visual, brand designers used the semiabstract images of real personified vodka masters – owners of small factories, which produced grain wine in the 19th century with their own unique recipes -and some simple elements showcasing the equipment which was used for production. The created graphical design not only focused on the historical aspects of the beverage, but it also helps to differentiate it for various other tastes and recipes.

The brand “Vodochnoy Master ” is presented in 4 distinct flavors and is now available for traditional retail sales and through HoReCa. 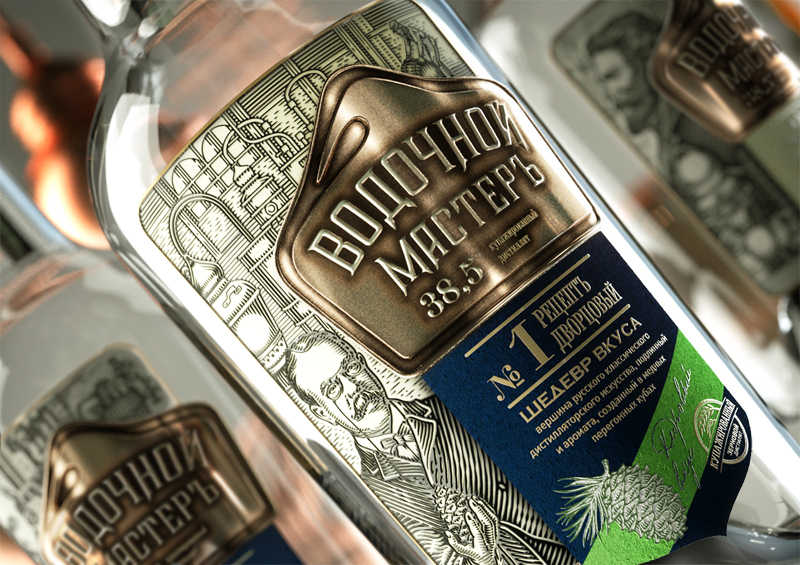 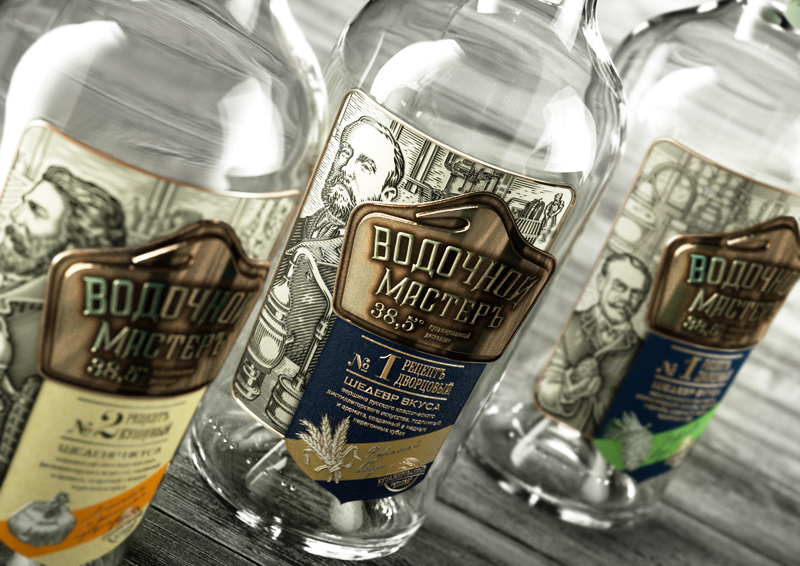 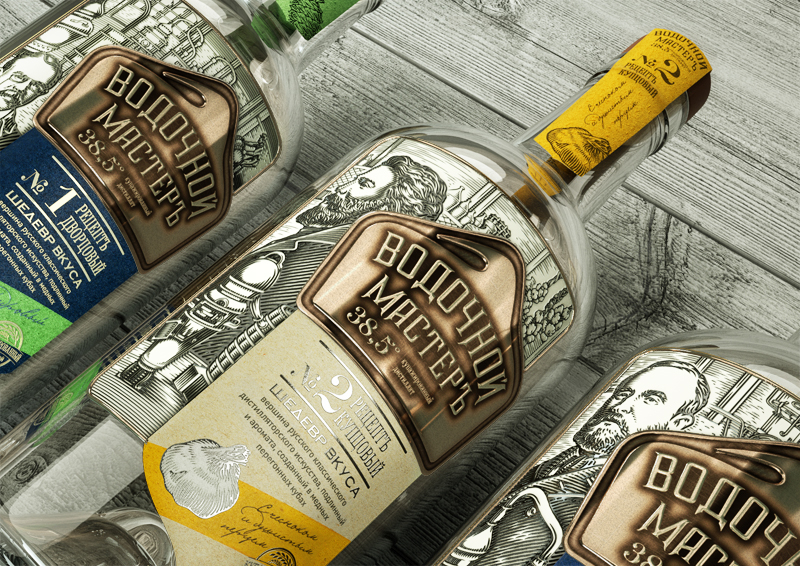