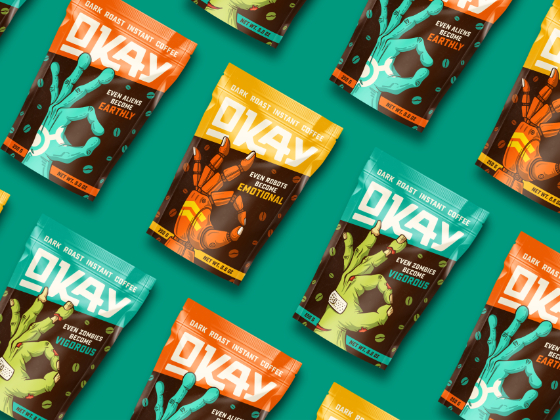 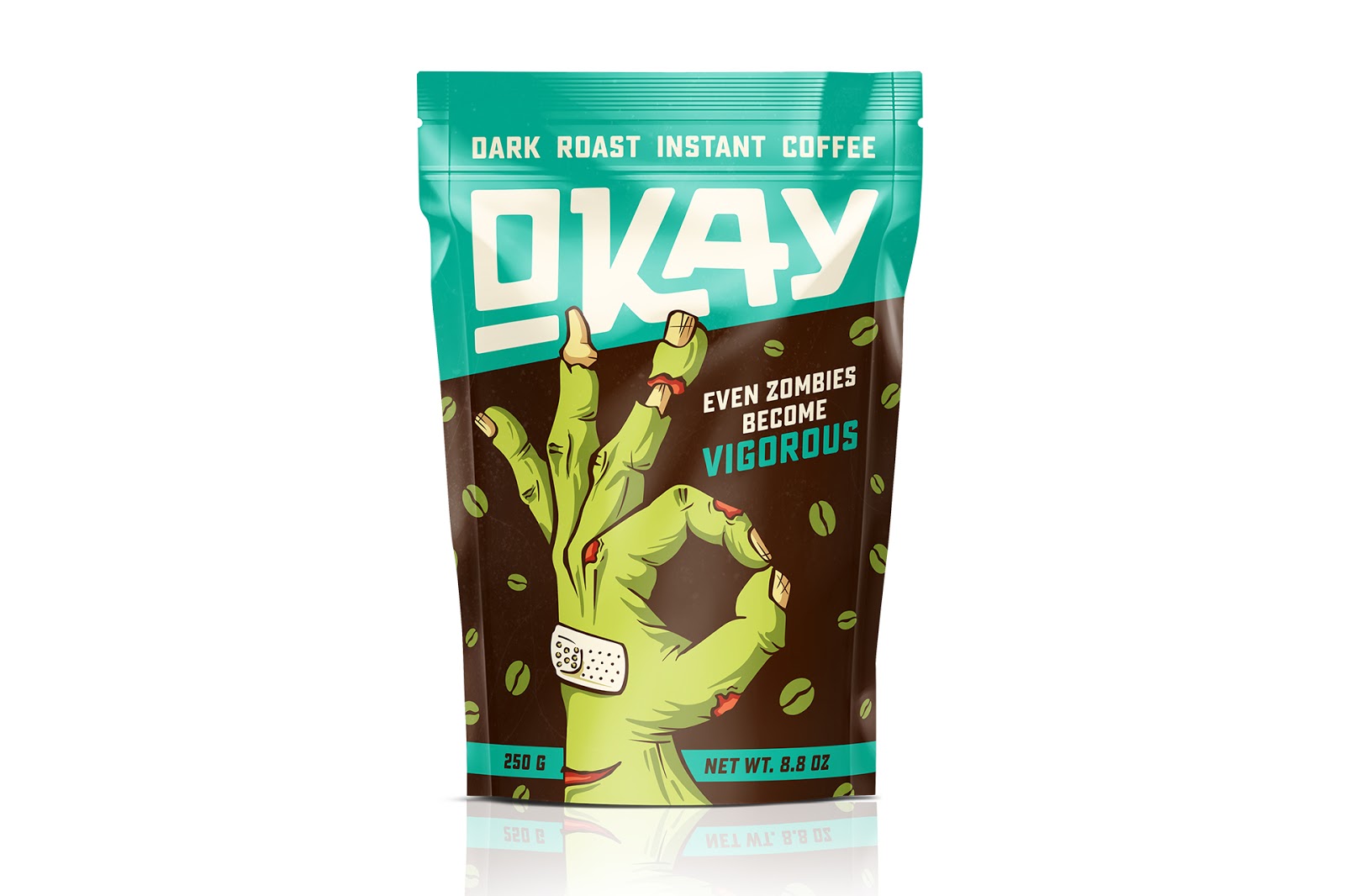 The challenge
The challenge was to create packaging to show how coffee can change one’s mood from various conditions to a positive state.

The idea/Solution
Have you ever felt yourself in a way that you’d rather be called a tired zombie, an emotionless robot or maybe someone not from this planet? Almost every weekday, right?

Now, you can overcome mentioned conditions with OKAY coffee.

We wanted to make something that would jump off the shelves visually, so we decided to associate this exhaustion with fictional creatures, such as zombie who is fed up with work, alien who can’t understand how our planet works and robot who doesn’t have any emotions.

The inclusion of illustrations of the mythical creature’s hands are not accidental: the idea behind it which we want to convey is that the creatures themselves indicate that everything is going to be OK with the coffee OKAY. 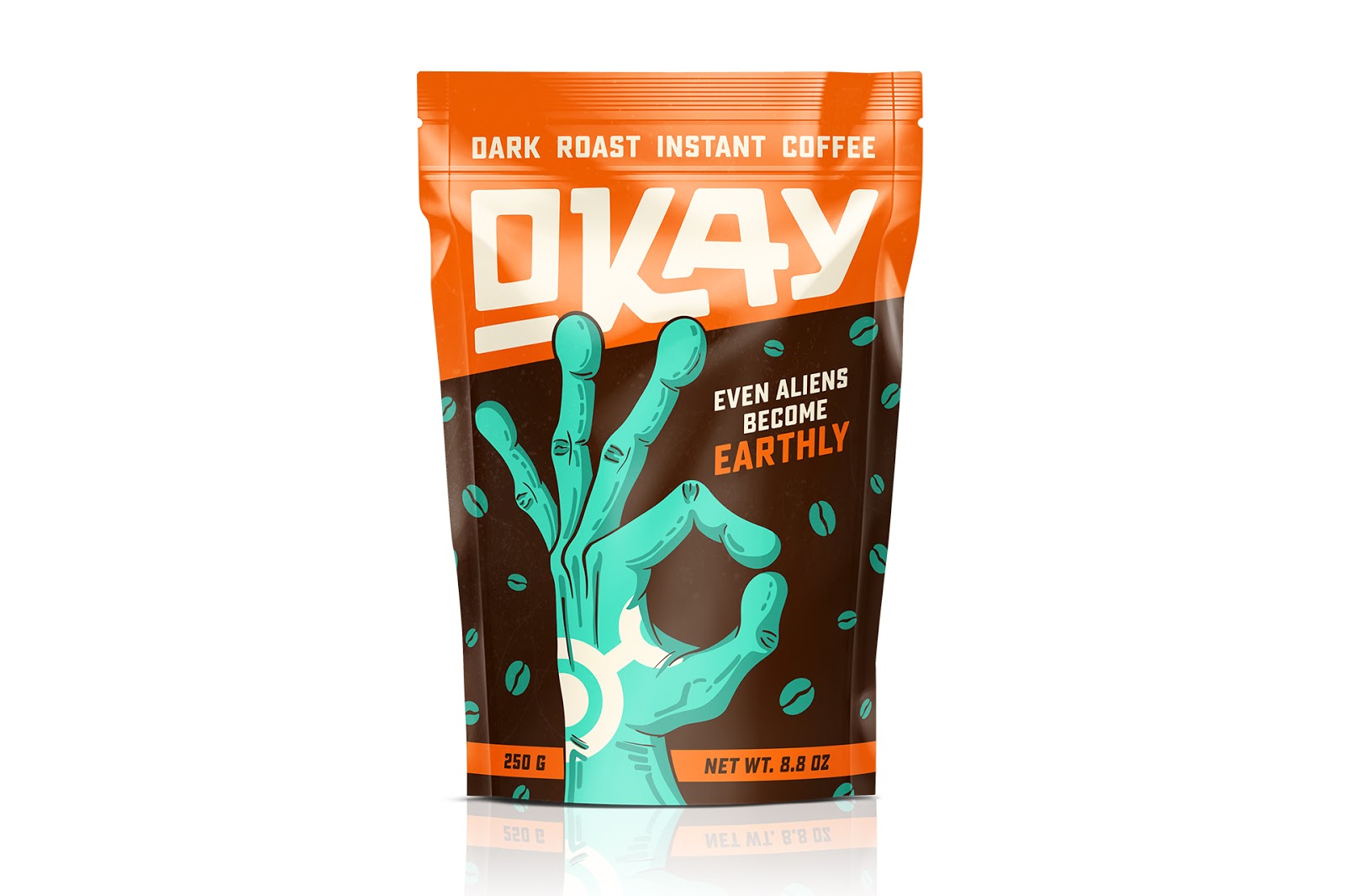 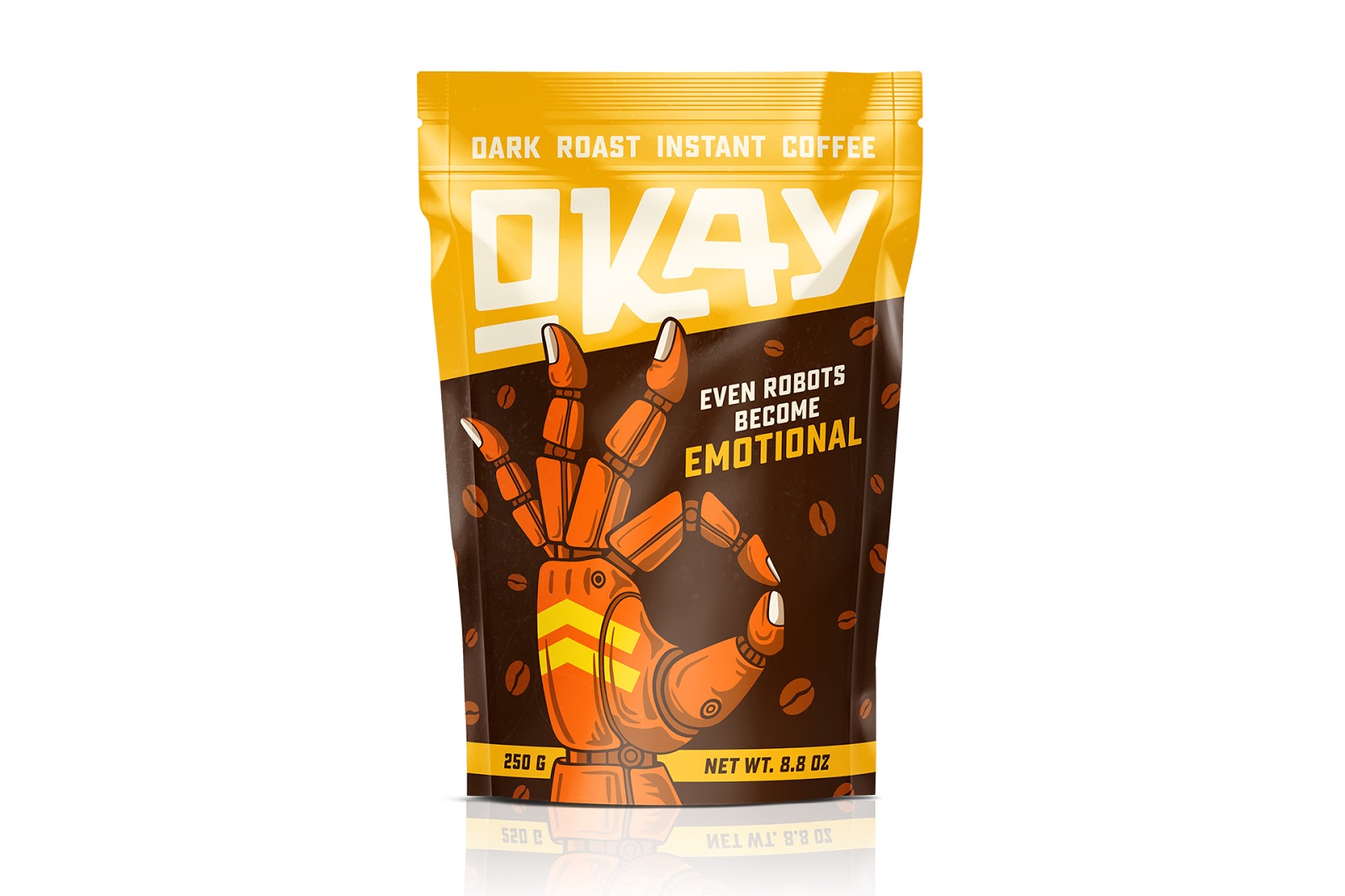 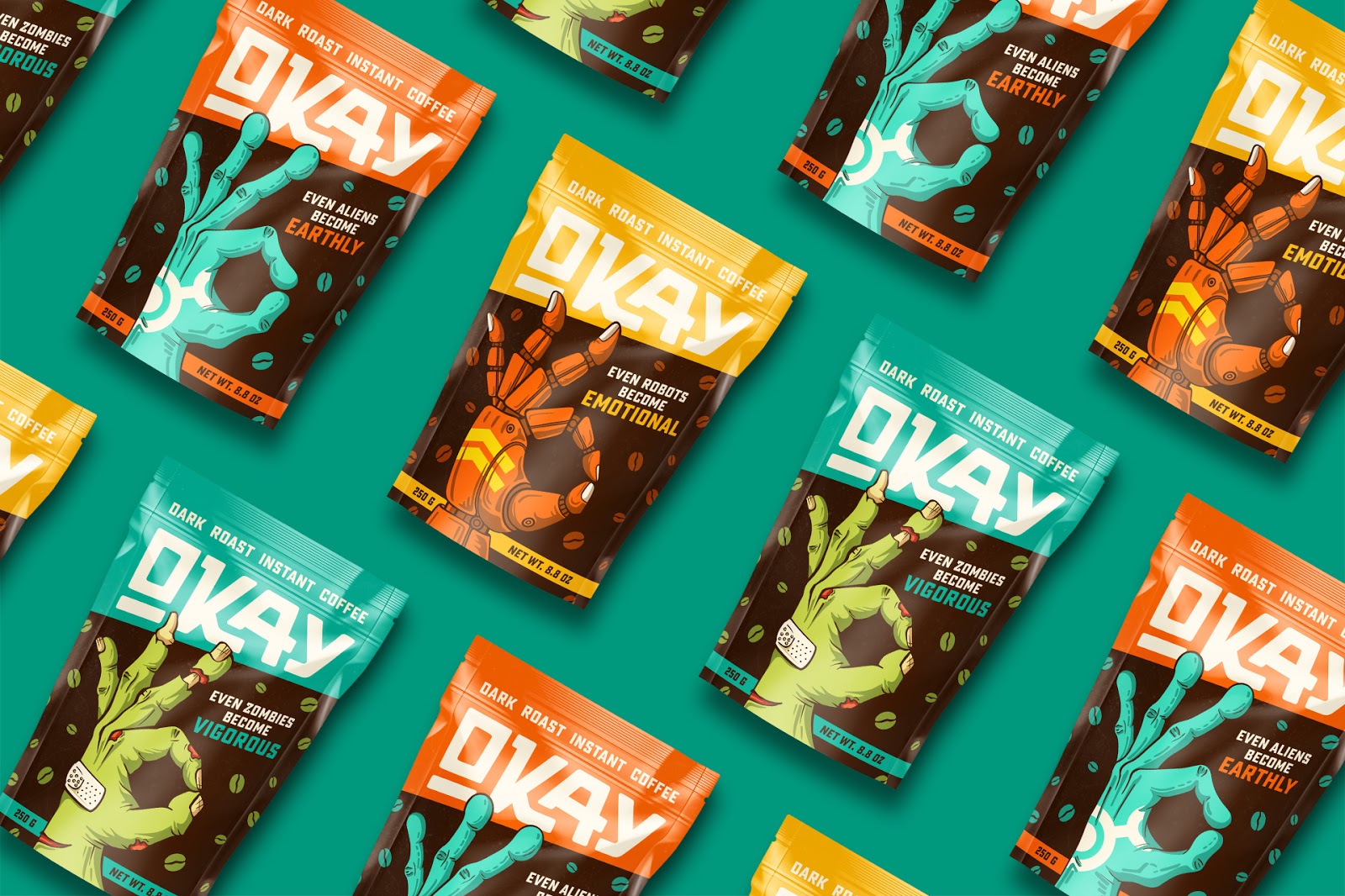 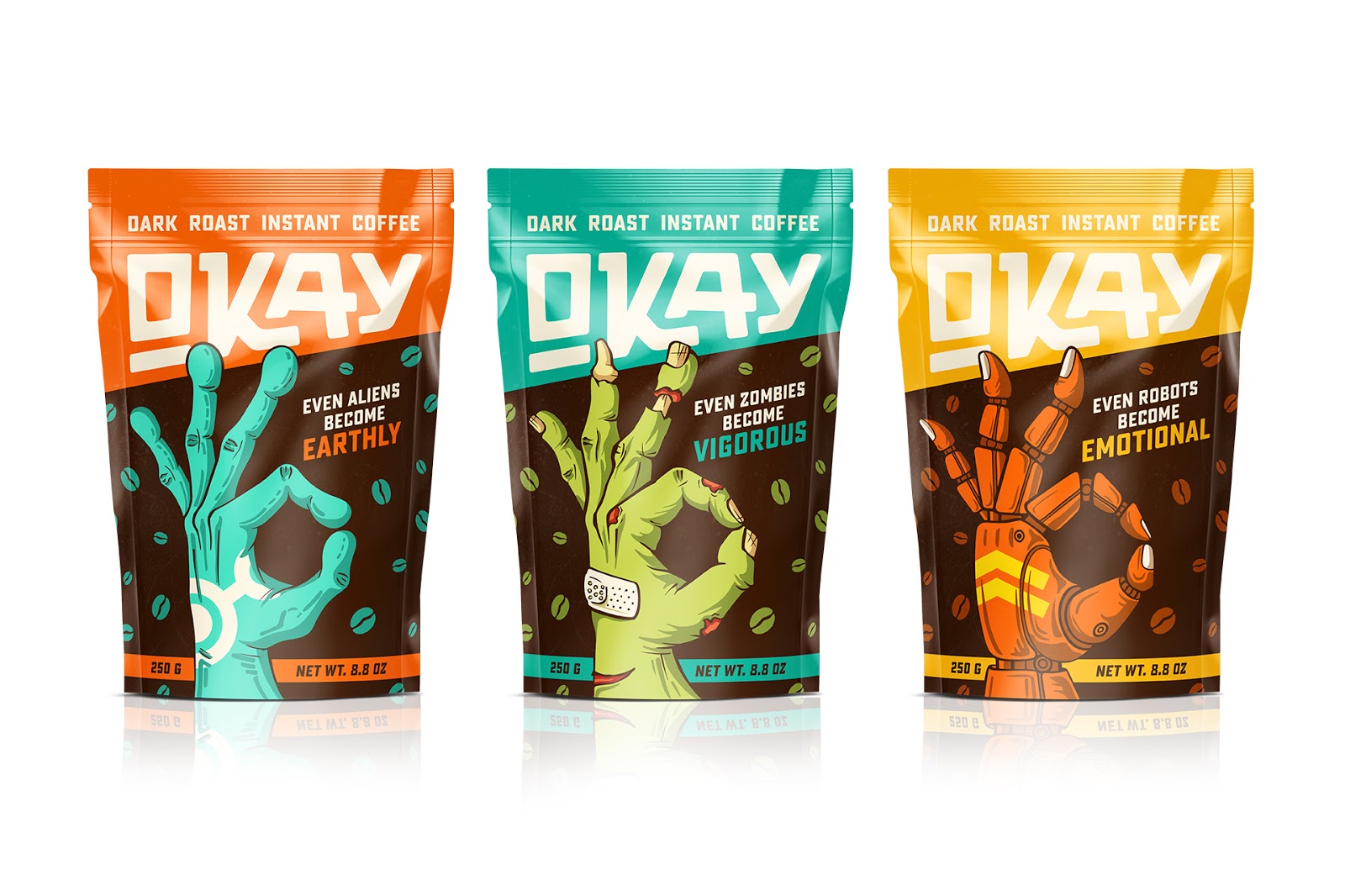