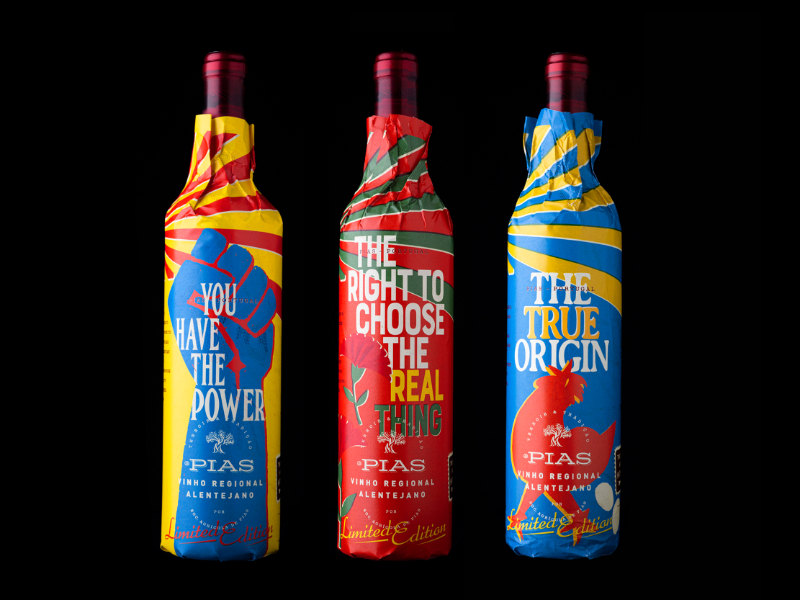 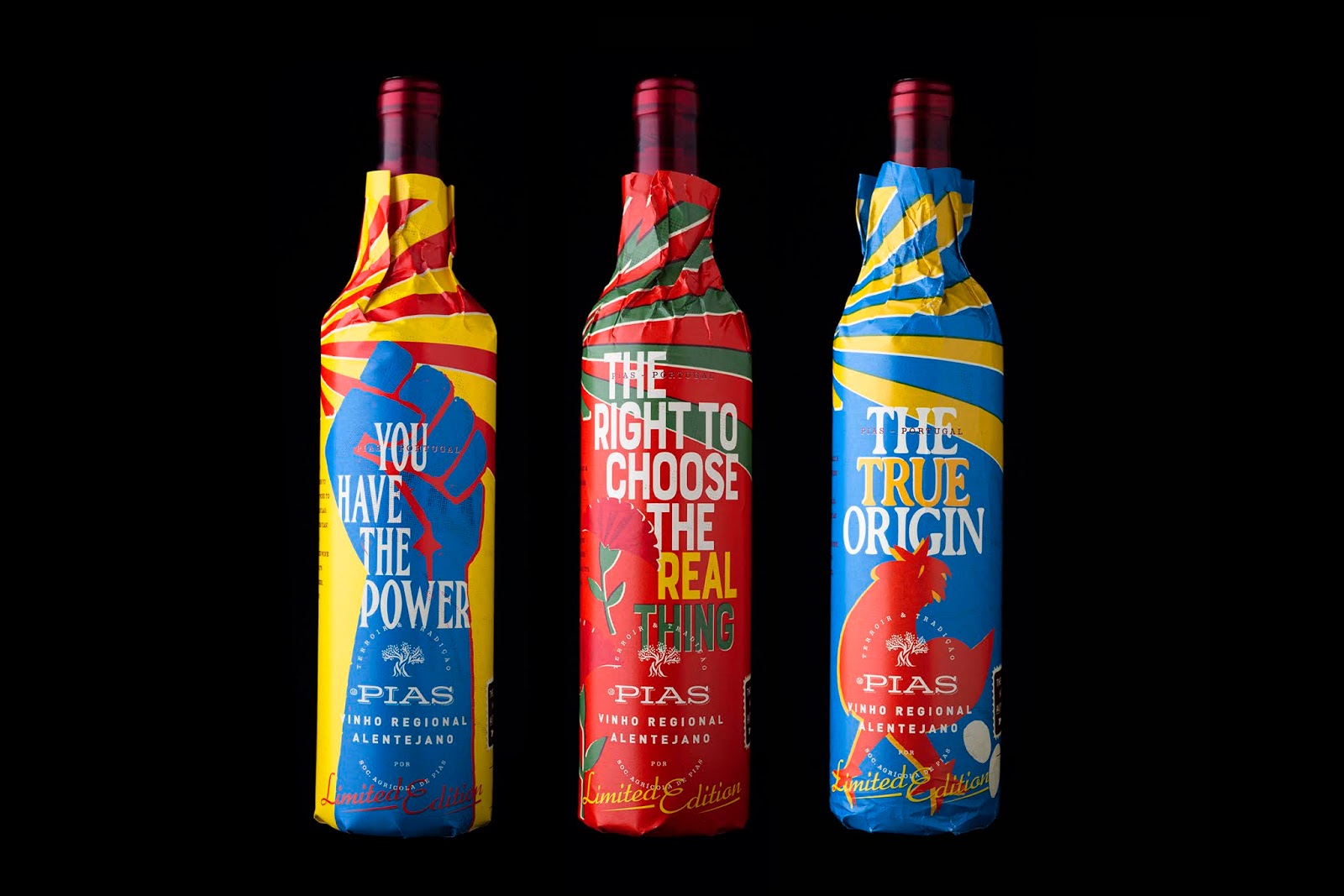 Pias is a phenomenon in Portugal. Hundreds of brands carry the Pias name, but only one is the real thing. To redesign this brand, we also developed a poster that enfolds the bottle, which is a manifesto against forgeries and an appeal to consumers to use their power to restore the truth.

The Company was founded in 1973 by the Margaça Family, one year before the great revolution in Portugal. In this revolt, farms were occupied under the Agricultural Land Reform. During the years that followed, the firm was in the hands of the peasants. Buses came from all over the country full of revolutionaries who wanted to witness the movement’s effects firsthand.

In the 1980s, the estate was returned to the family, but history repeated itself and it was reoccupied, this time as industrial property. The notoriety achieved by Pias during this period, led many competitors to take advantage and misuse the region’s name, selling wine from other origins without the consumer’s knowledge. Pias became a No Man’s Land. And the wine lost its identity.

We created a new revolutionary movement, this time fighting for recognition and authenticity of the real Pias wine, which has one owner, the Margaça family! 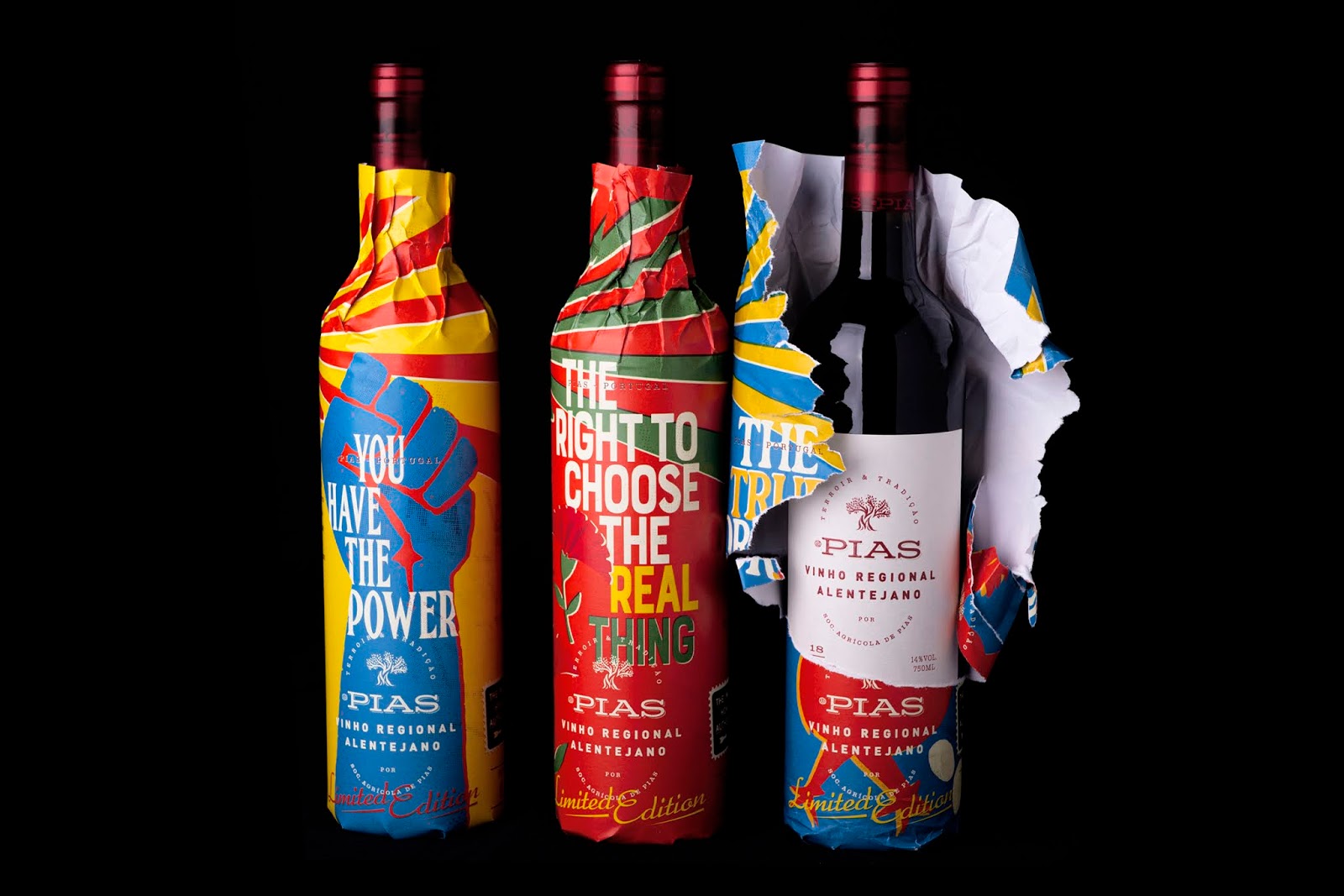 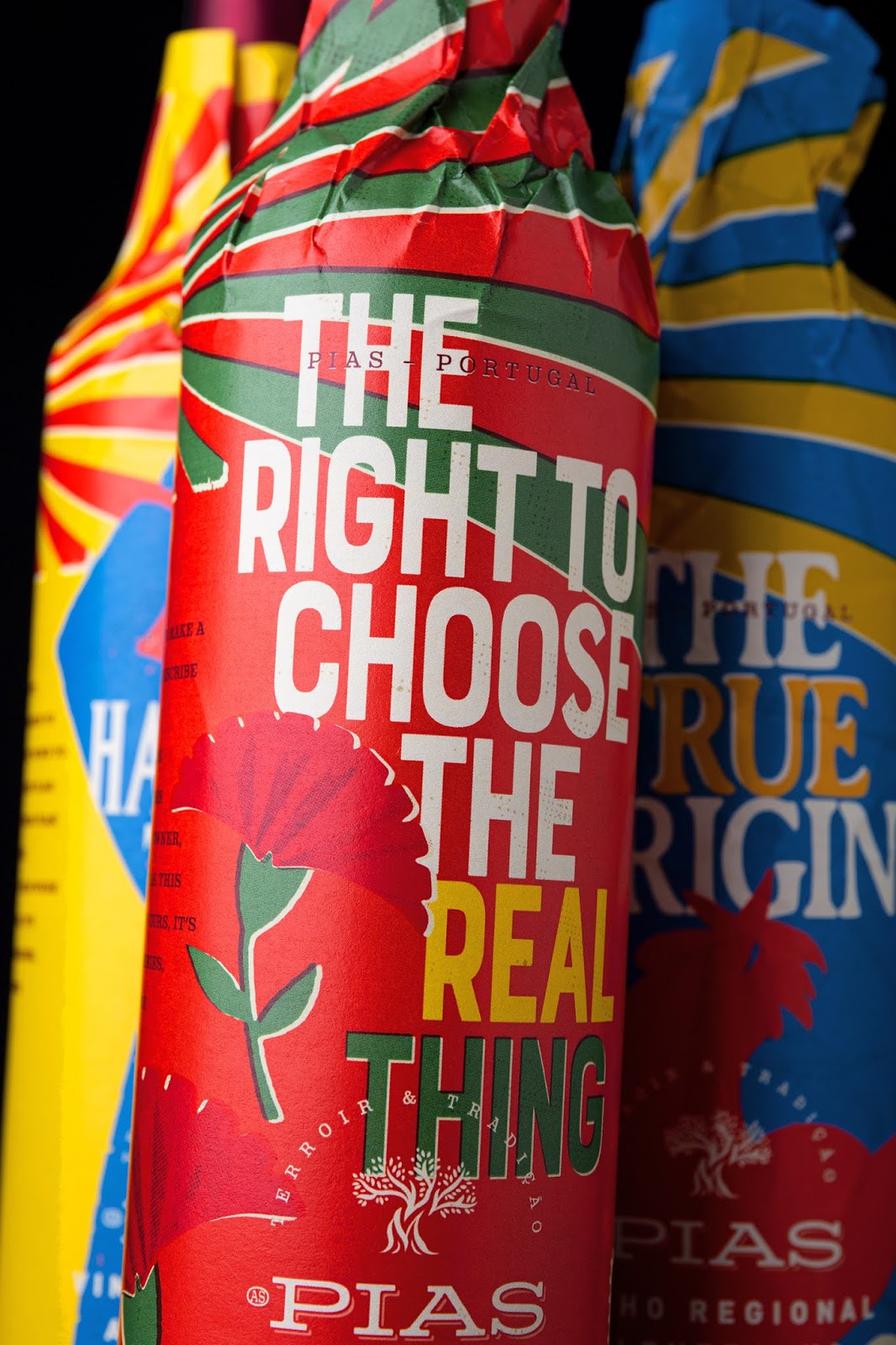 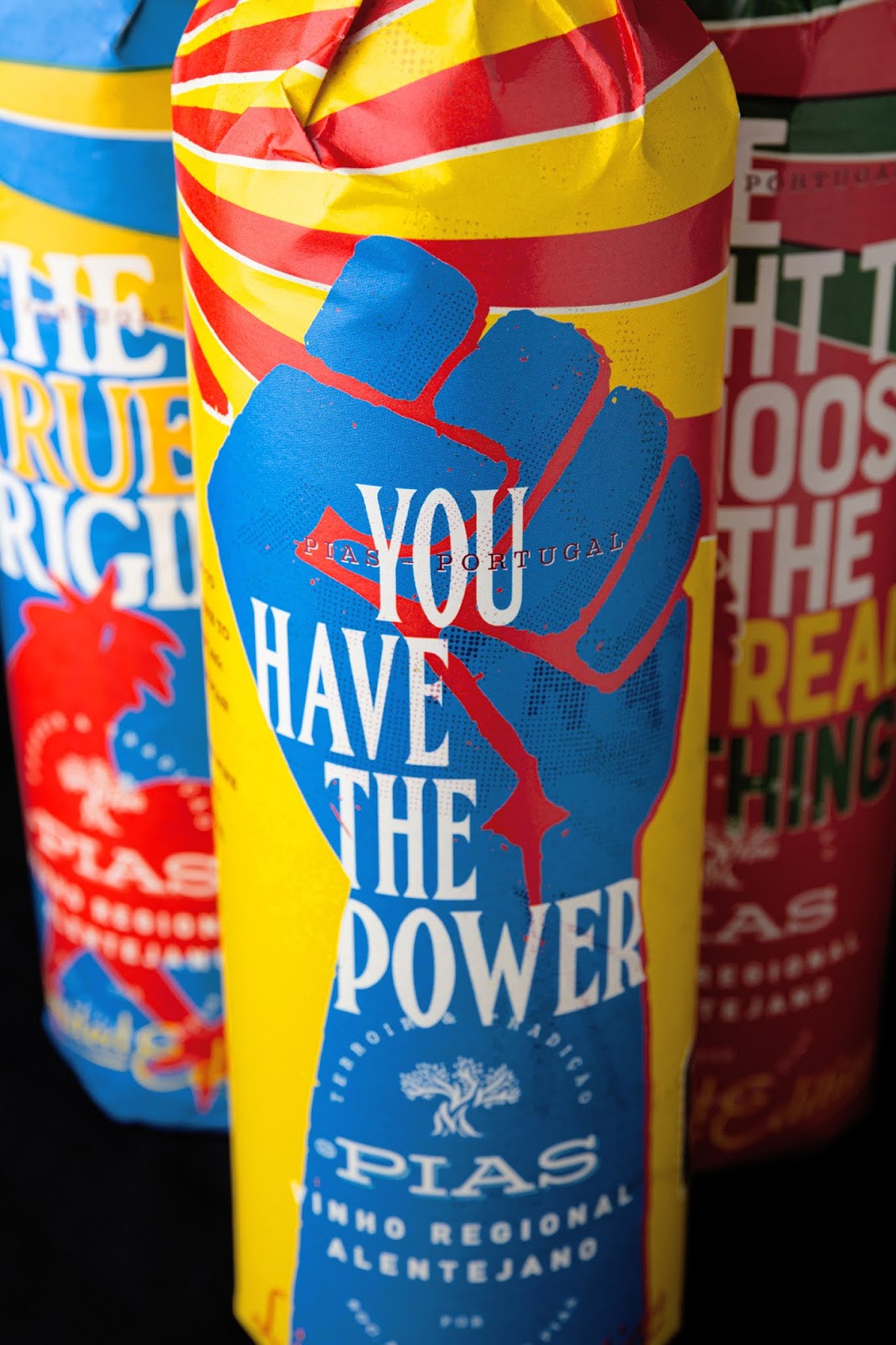 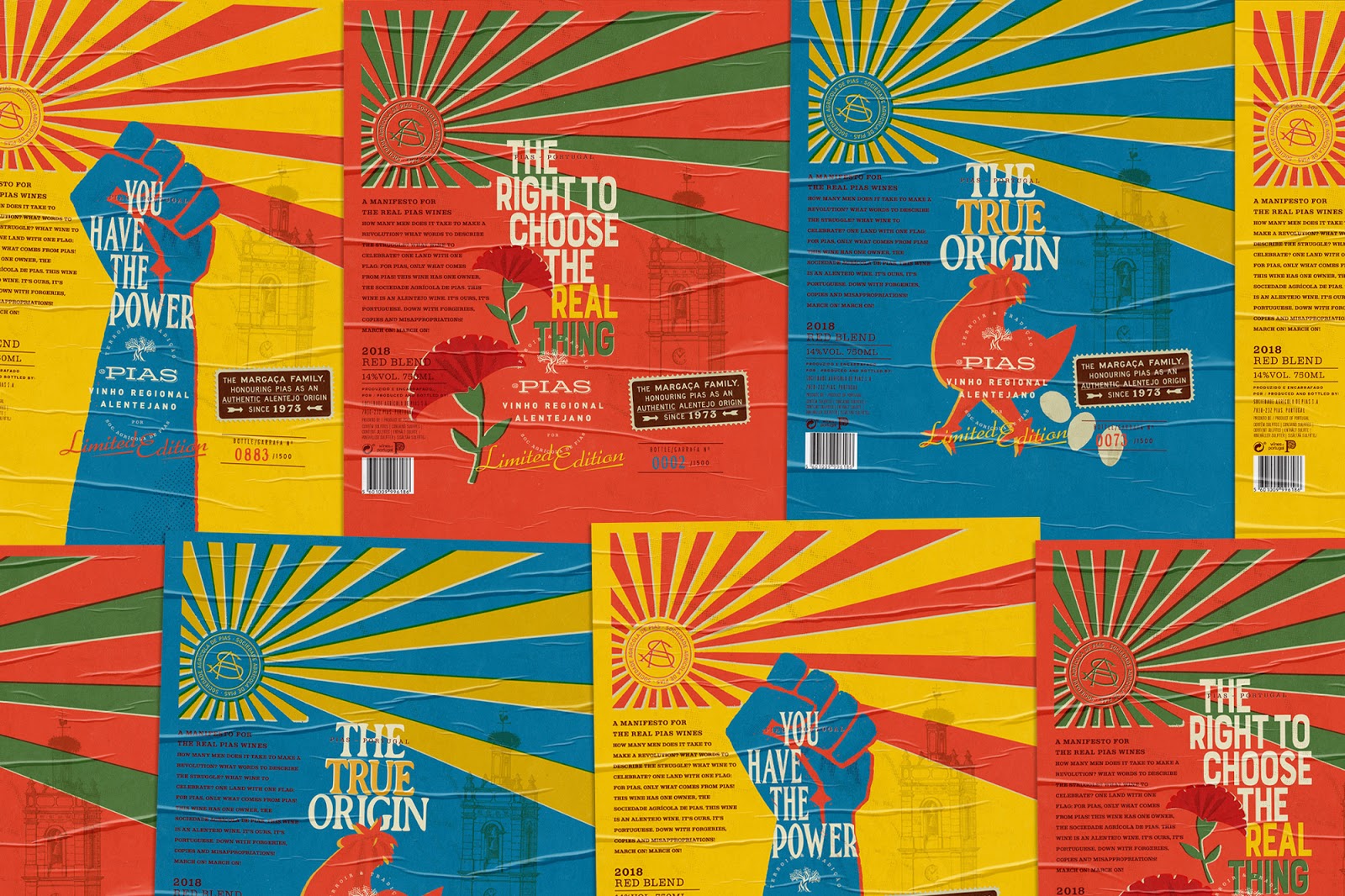 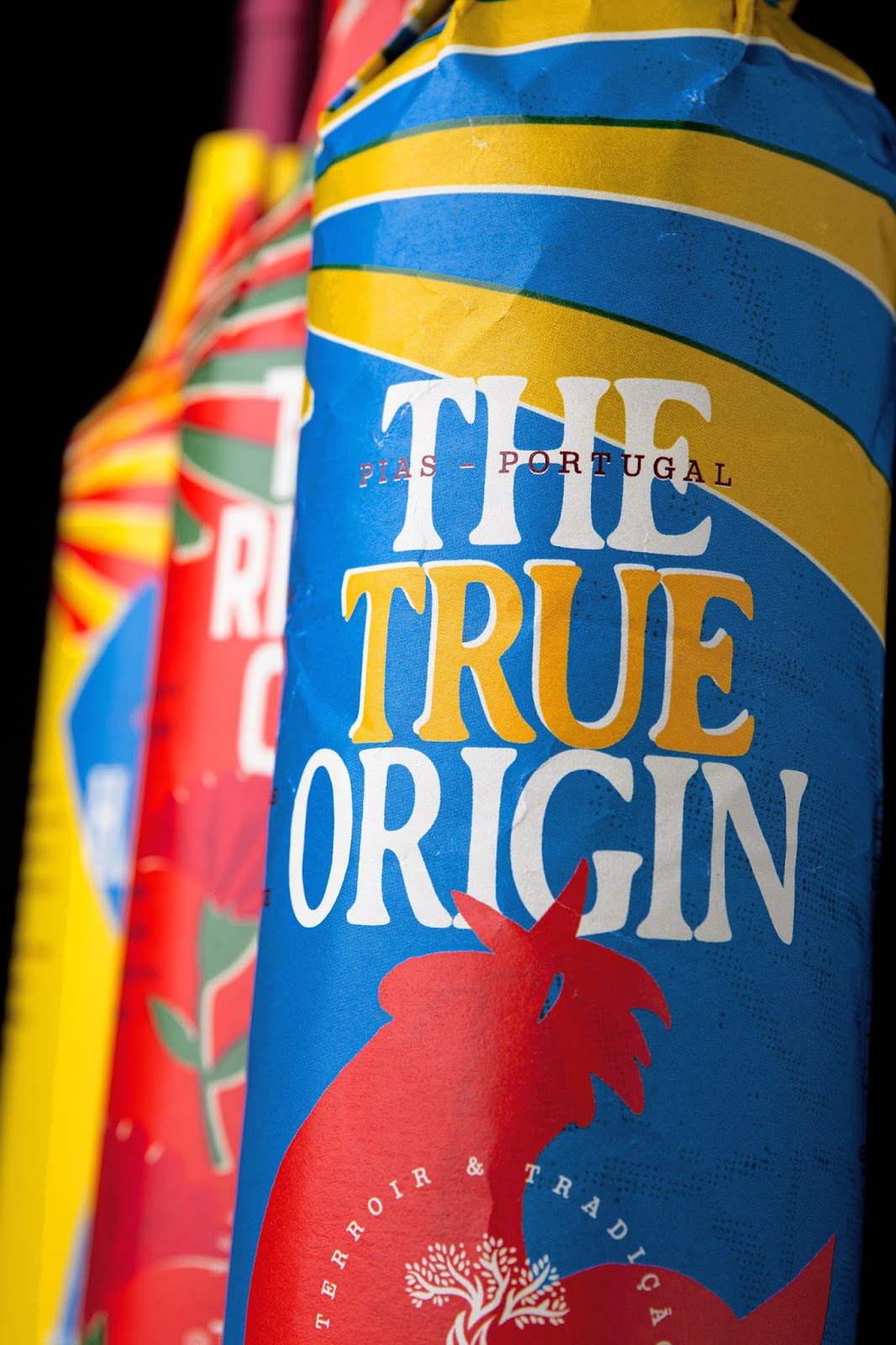 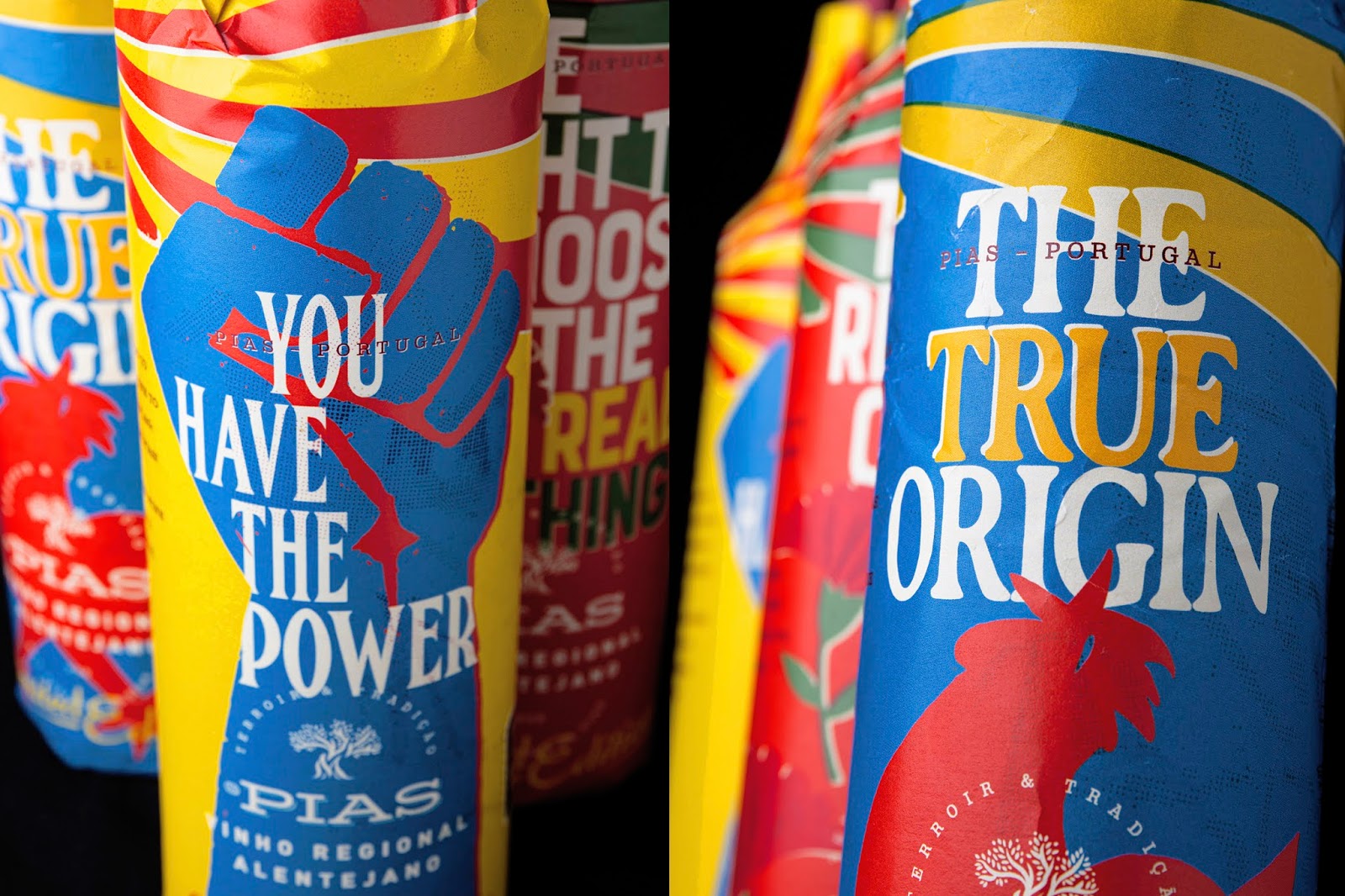 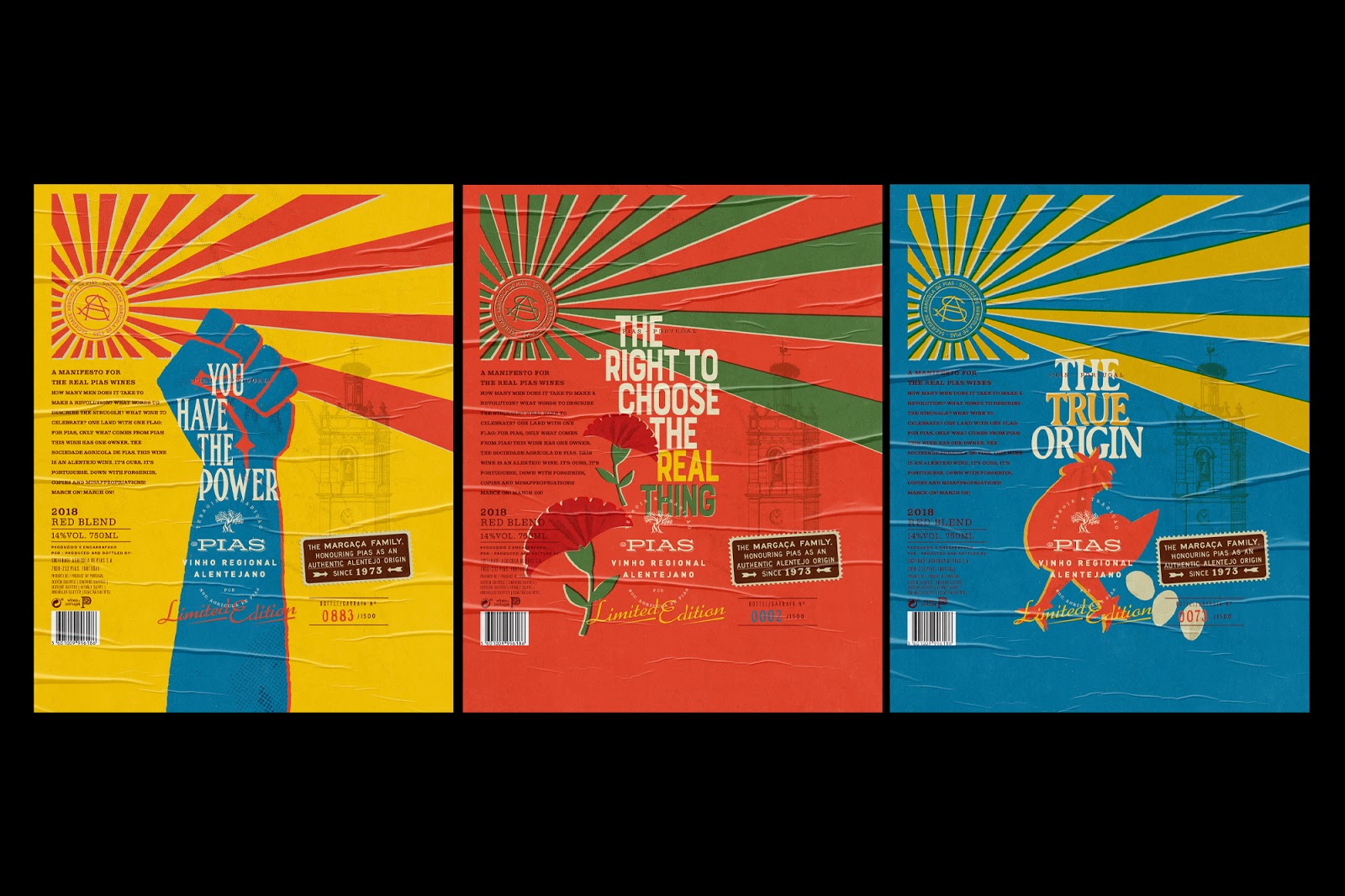 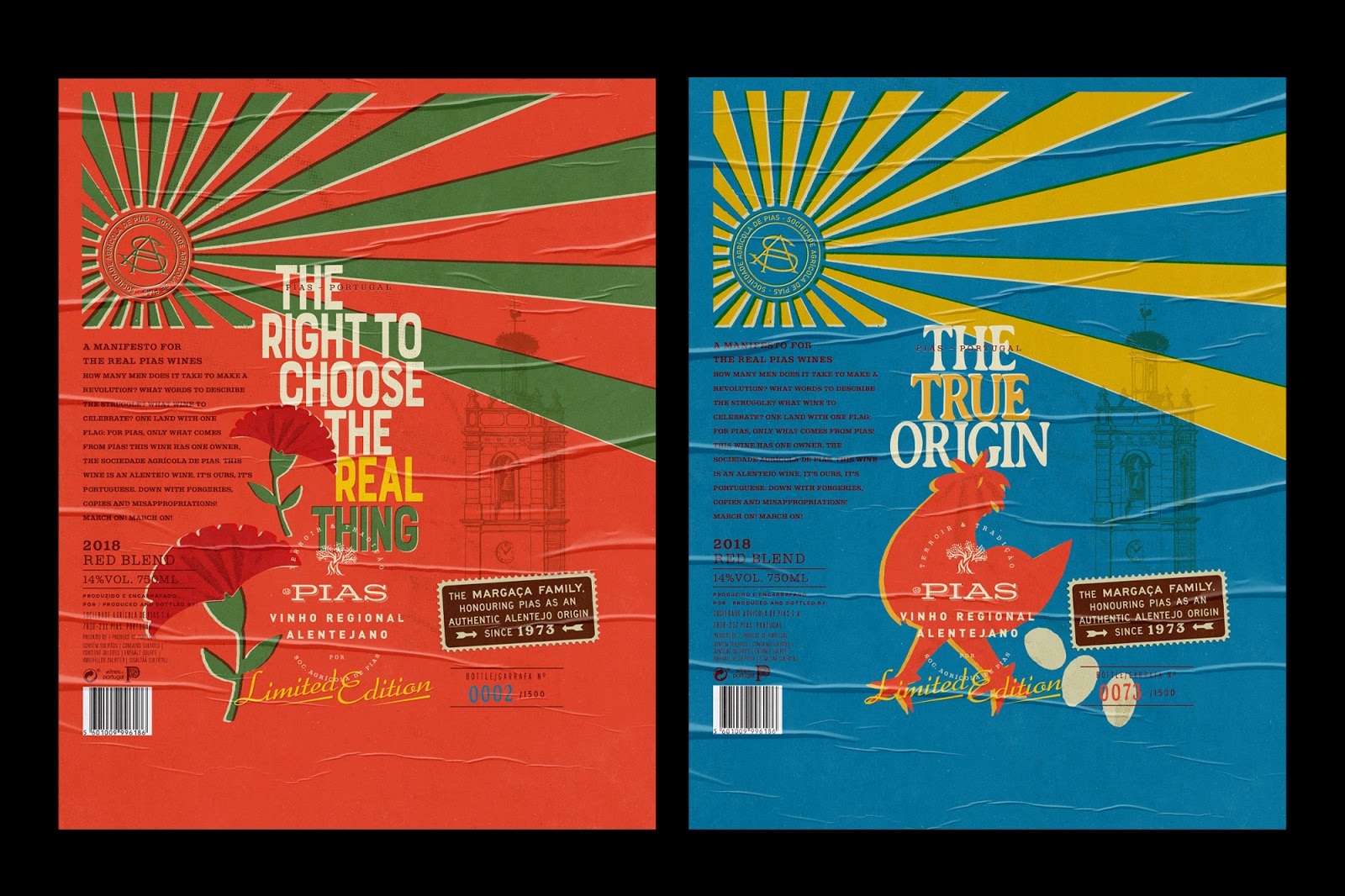