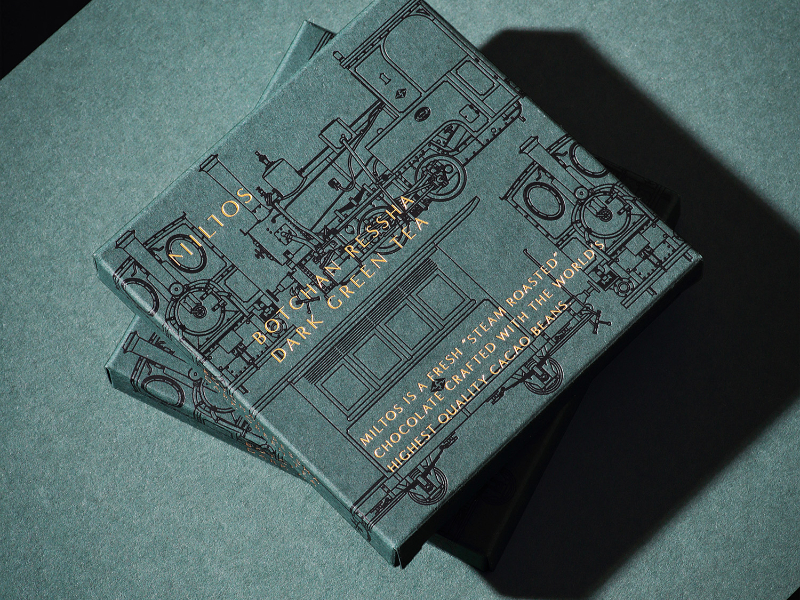 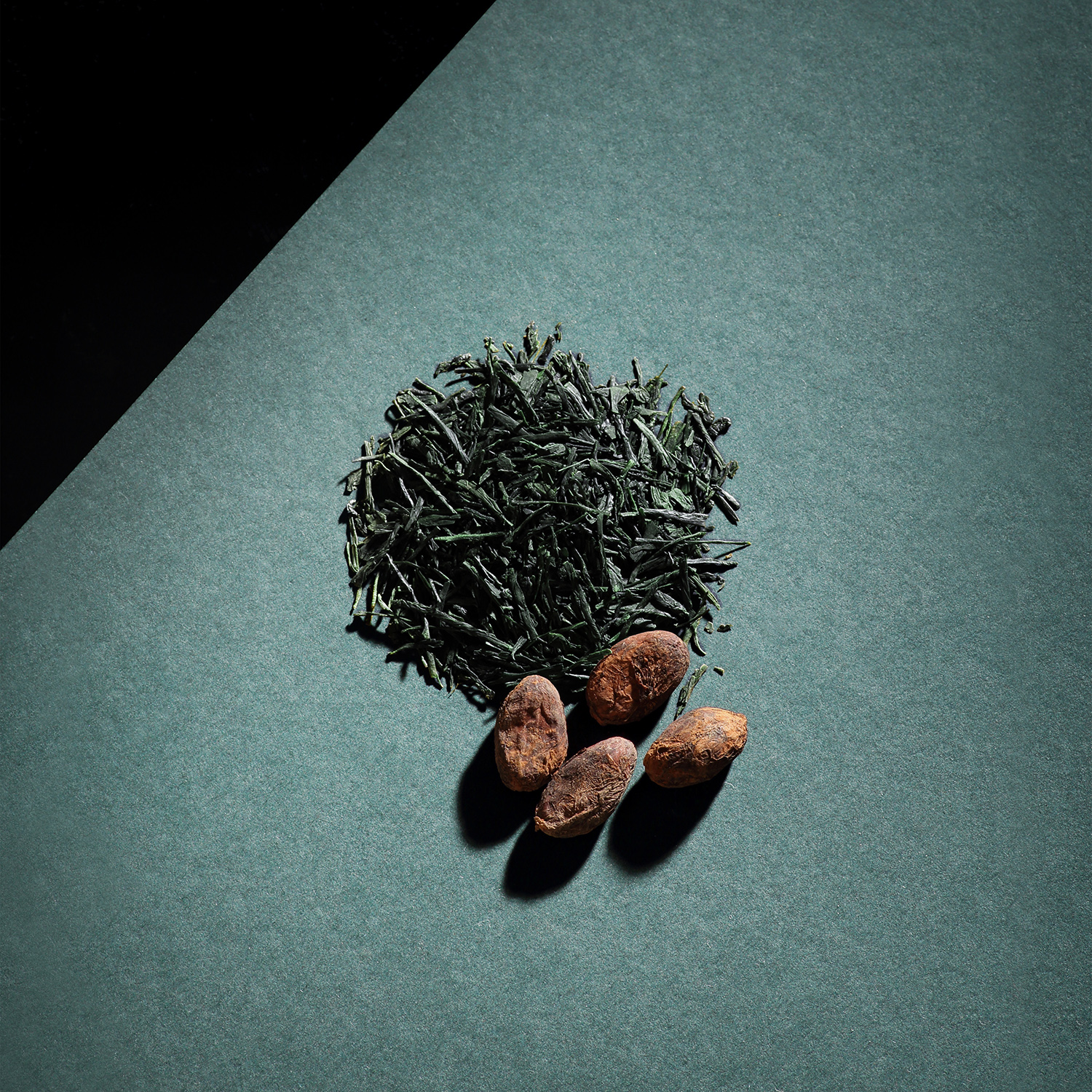 “MILTOS” sends out the highest quality Tree to Bar chocolates from Japan to the world. They announced the first collaboration chocolate with “Botchan Ressha,” the oldest light locomotive that exists in Japan. The package was designed by Yuta Takahashi. It has a characteristic minimalist decor design that combines both complexity and refinedness.

MILTOS sends out the highest quality Tree to Bar chocolates from Ehime Prefecture, Japan, to the world. Kenji Takahashi, the owner himself, travels to countries worldwide that produce cacao and controls the quality from stages before the cacao is harvested. Passion is invested in chocolate making. 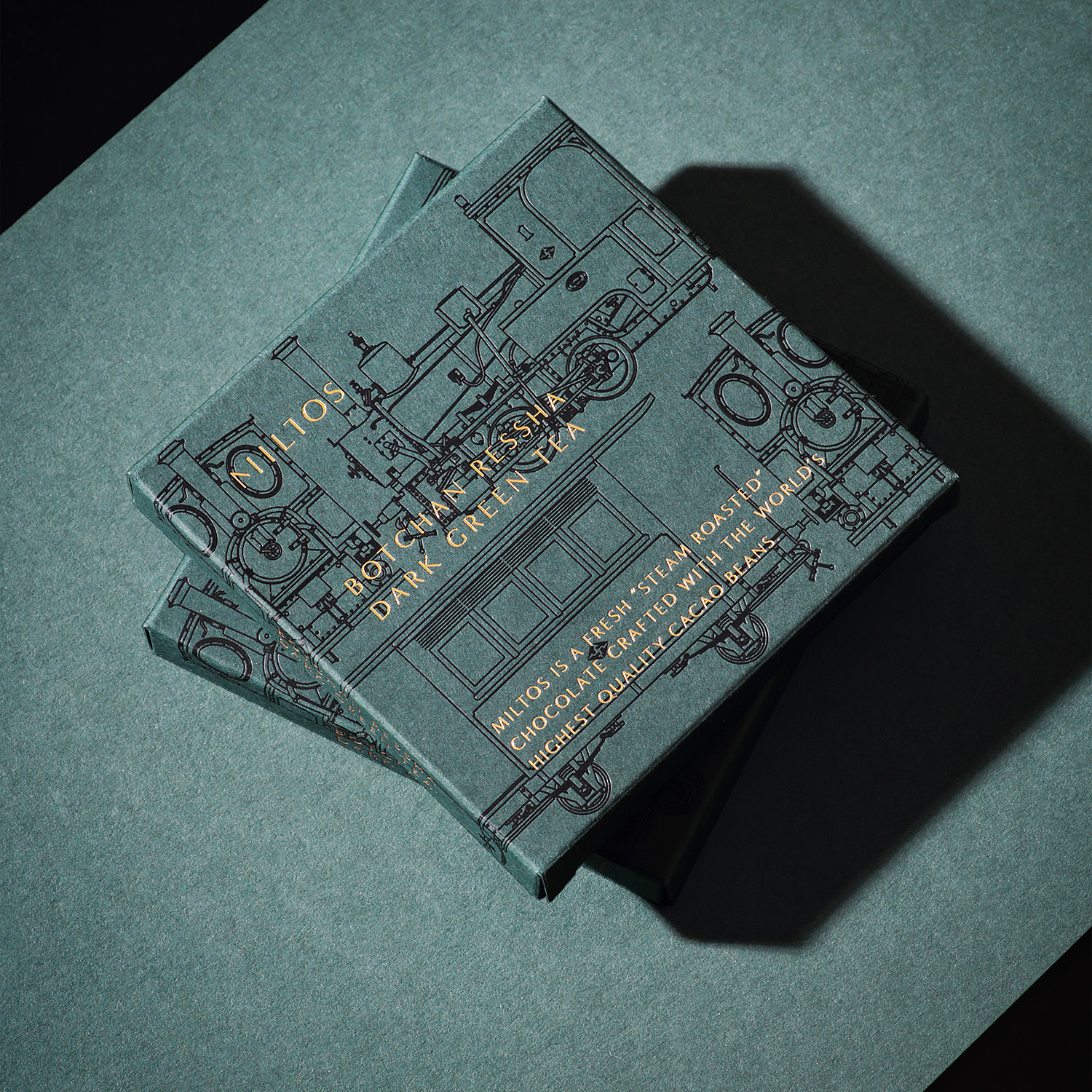 Matsuyama City is also in Ehime Prefecture. It’s a town that produced many writers and poets such as Soseki and Shiki. “Botchan Ressha” was running at a time when these figures were still active. After the service ended in 1954, it was revived in 2001 by IYOTETSU Group Co., Ltd., after 47 years of time. Currently, Botchan Ressha transports people within the city and is one of Matsuyama’s most prominent tourist attractions. People are fond of it as a lovable symbol.

Botchan Ressha was revived after overcoming many challenges wishing to vitalize tourism and culture in Matsuyama. This first original chocolate was born as an official collaboration item due to the passions of two companies calling out to each other. 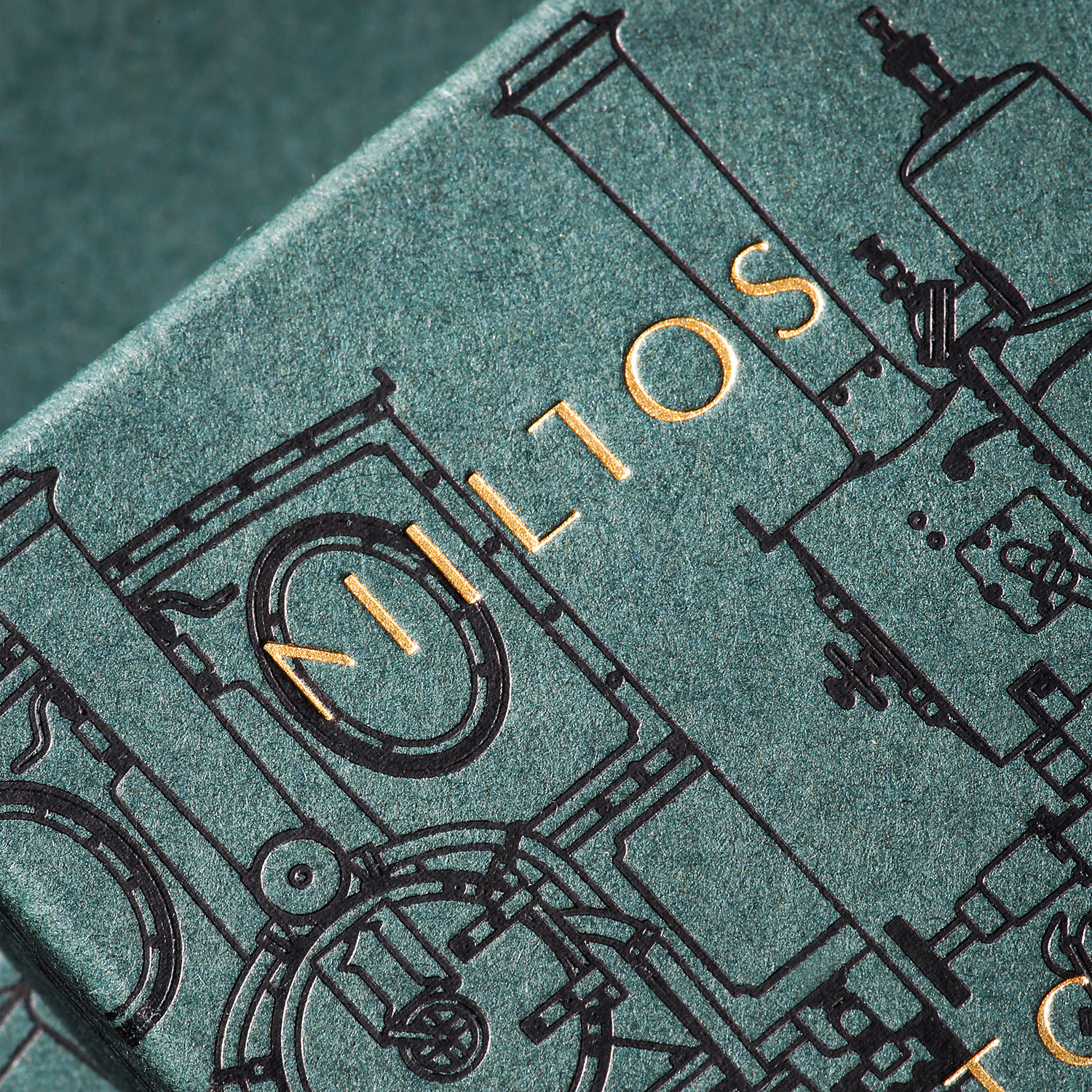 The color was inspired by Botchan Ressha’s characteristic color of the body, deep green. Matcha produced in Shingu, a famous tea production site in Ehime Prefecture, was blended with carefully selected high-quality cacao beans. The chocolate is perfect for adults with its deep matcha taste and fruity aroma of the cacao, creating an ideal match.

Photos of the oldest light locomotive still existing in Japan, Iyotetsudo Ichi-go Kikansha (Botchan Ressha), were taken. The images were precisely converted into a drawing and were foil-pressed onto the package. The locomotive’s rough impressions were expressed using highly refined techniques. 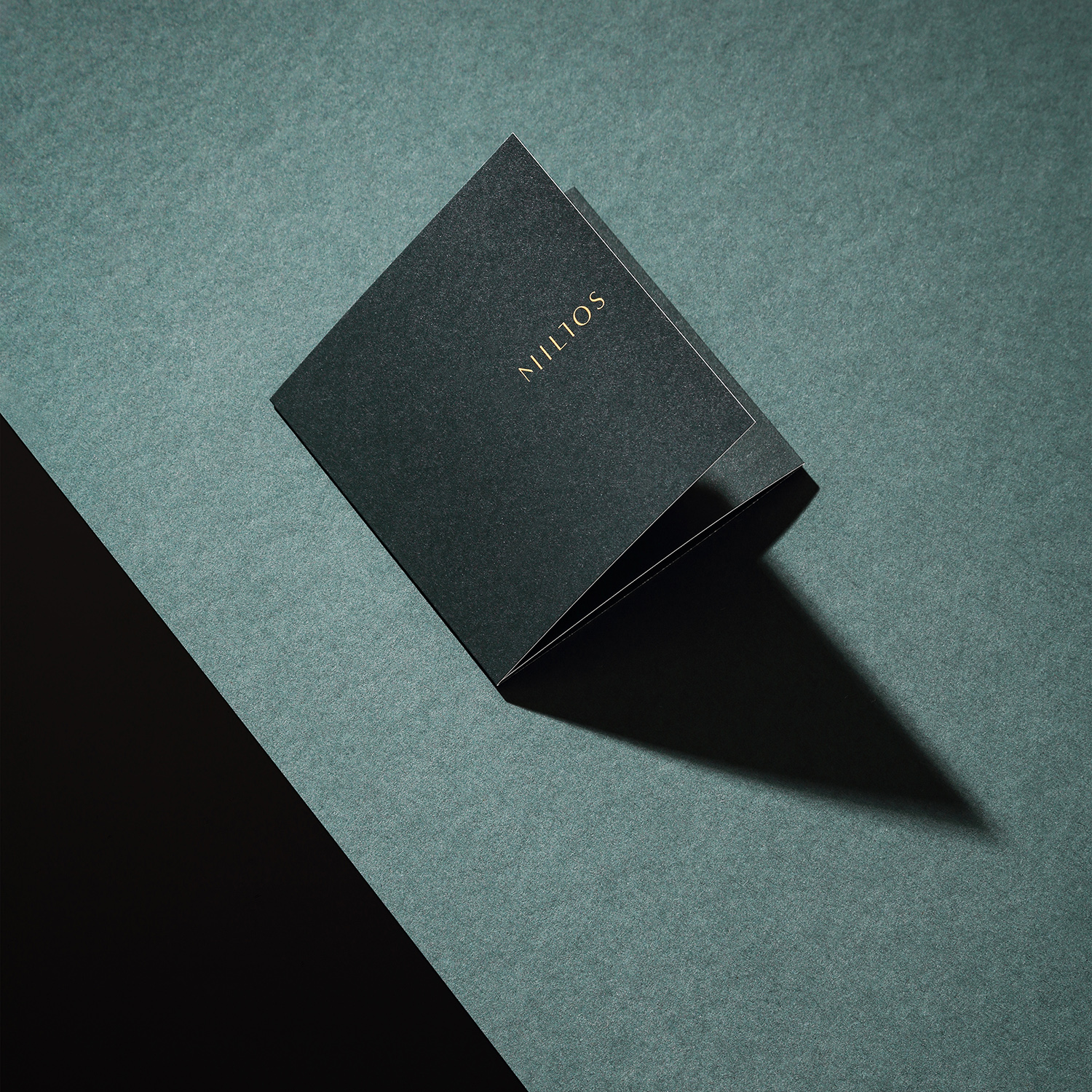 The concept of this unique chocolate was inspired by the route map of Botchan Ressha that runs in Matsuyama City. Also, there is a hidden maze where you can only reach the goal by taking the route that an actual Botchan Ressha takes in the city.

A sectioned drawing of the rail and characteristic symbol of the Iyo Railway are marked on the upper cover of the package. The passenger cars and the locomotive are positioned as if they are encircling the package. It reminds you of the Botchan Ressha that continues to run in the city after many years of people being fond of it. 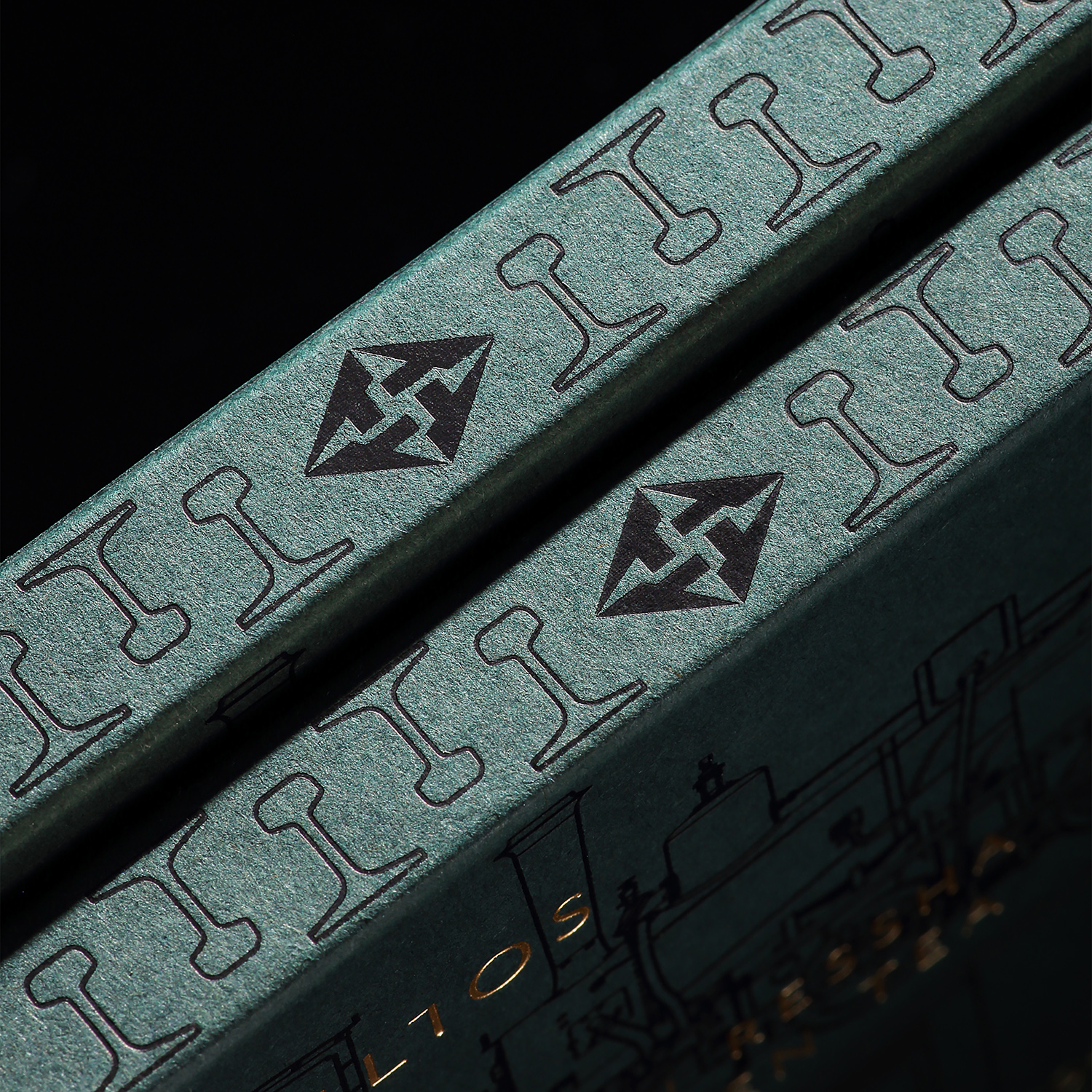 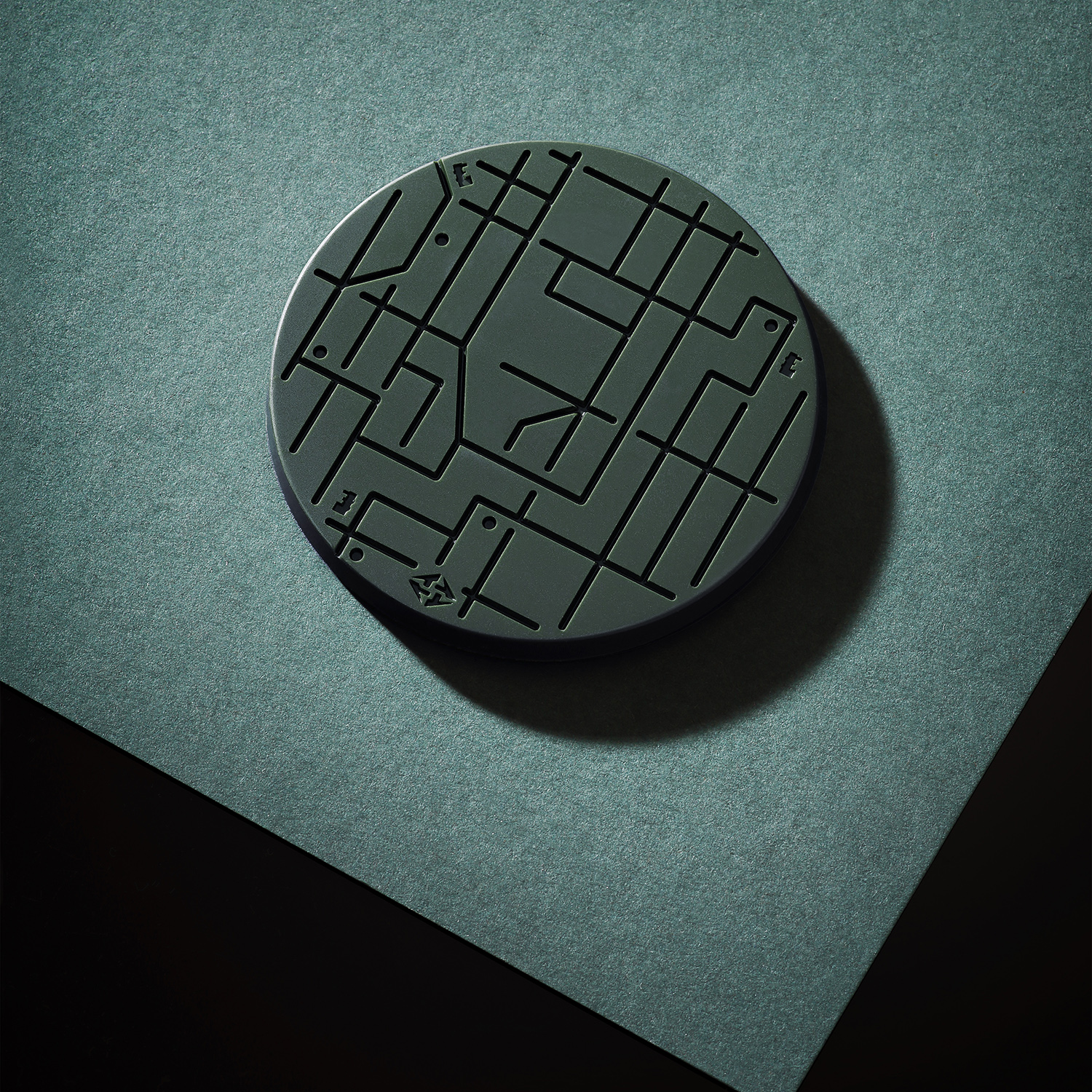 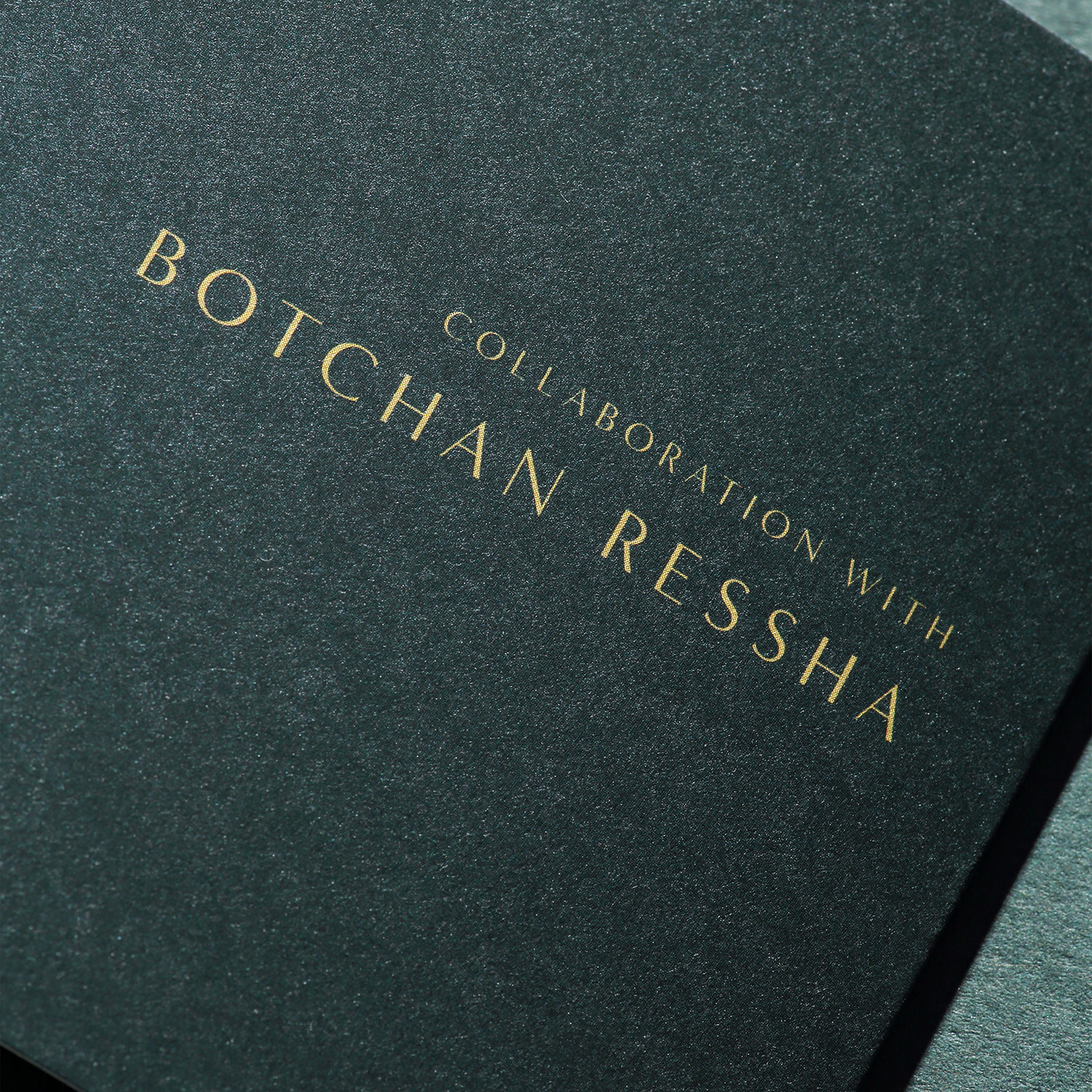 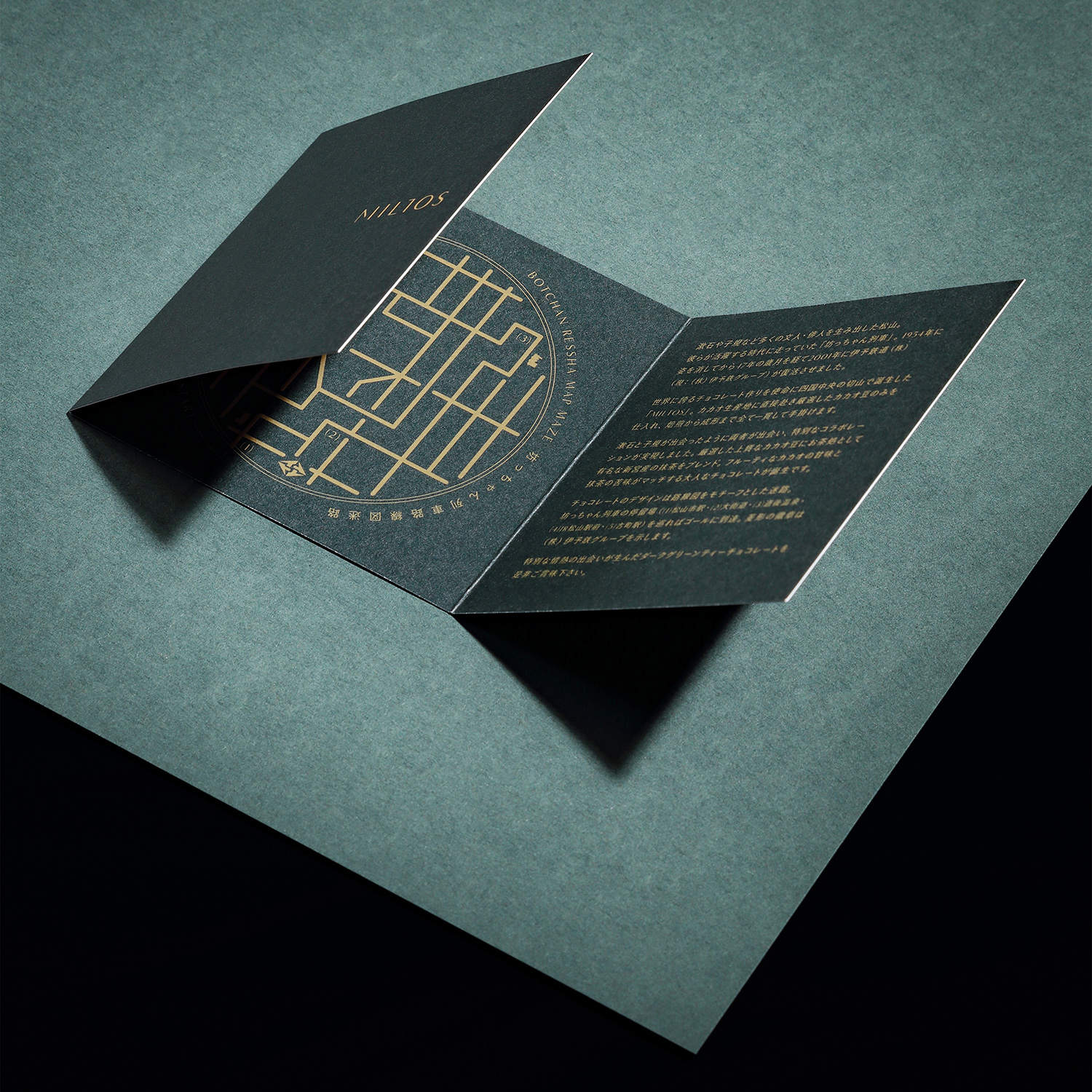 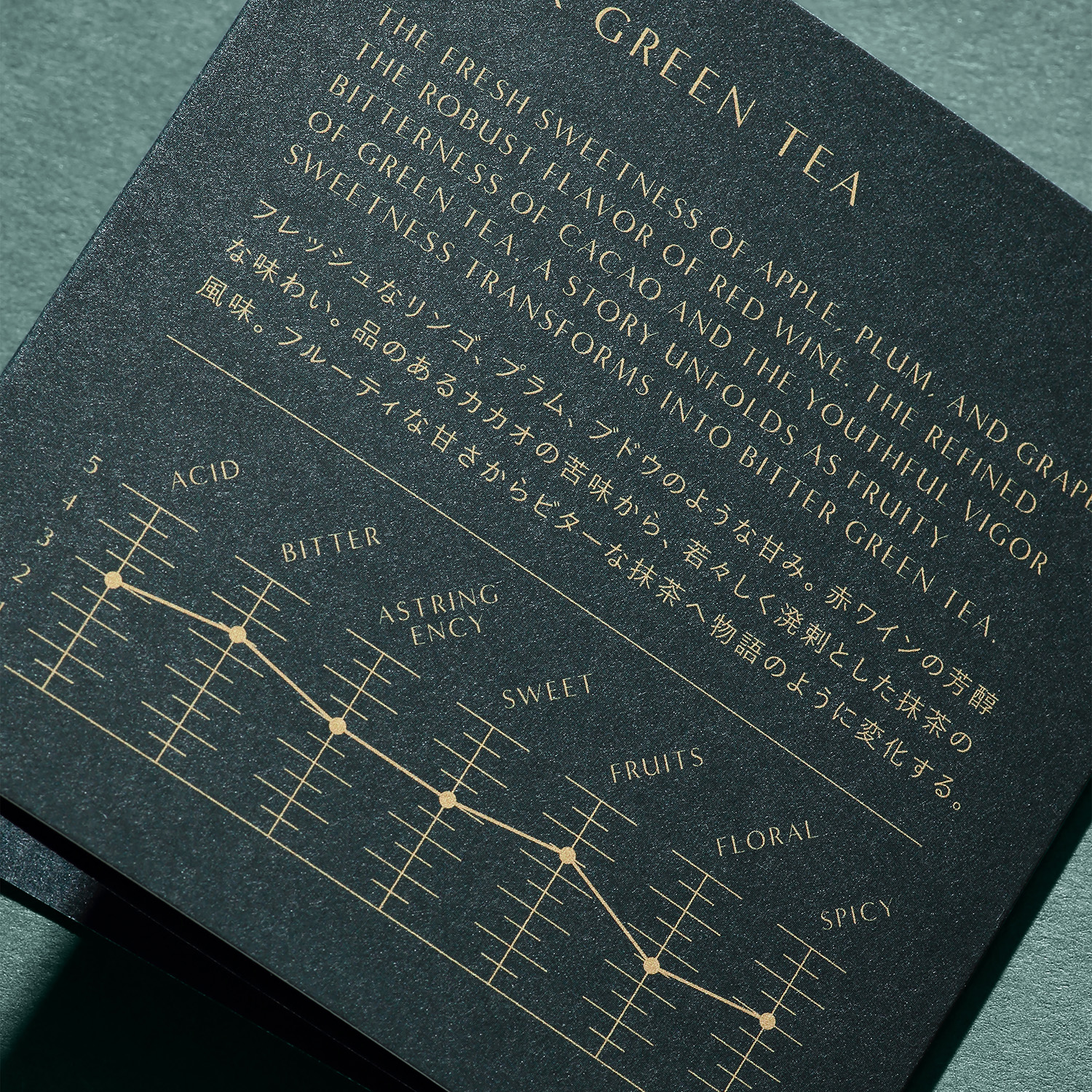 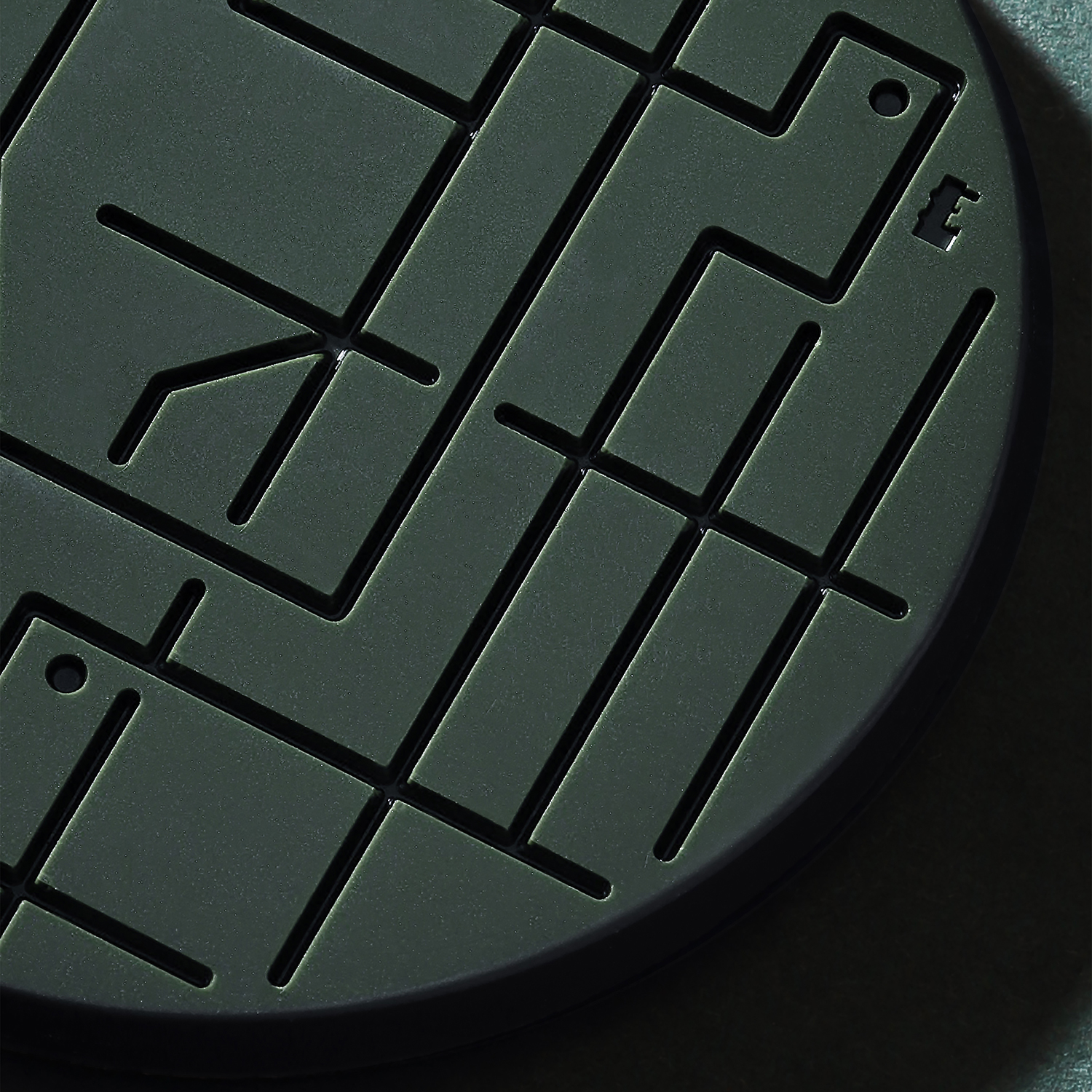 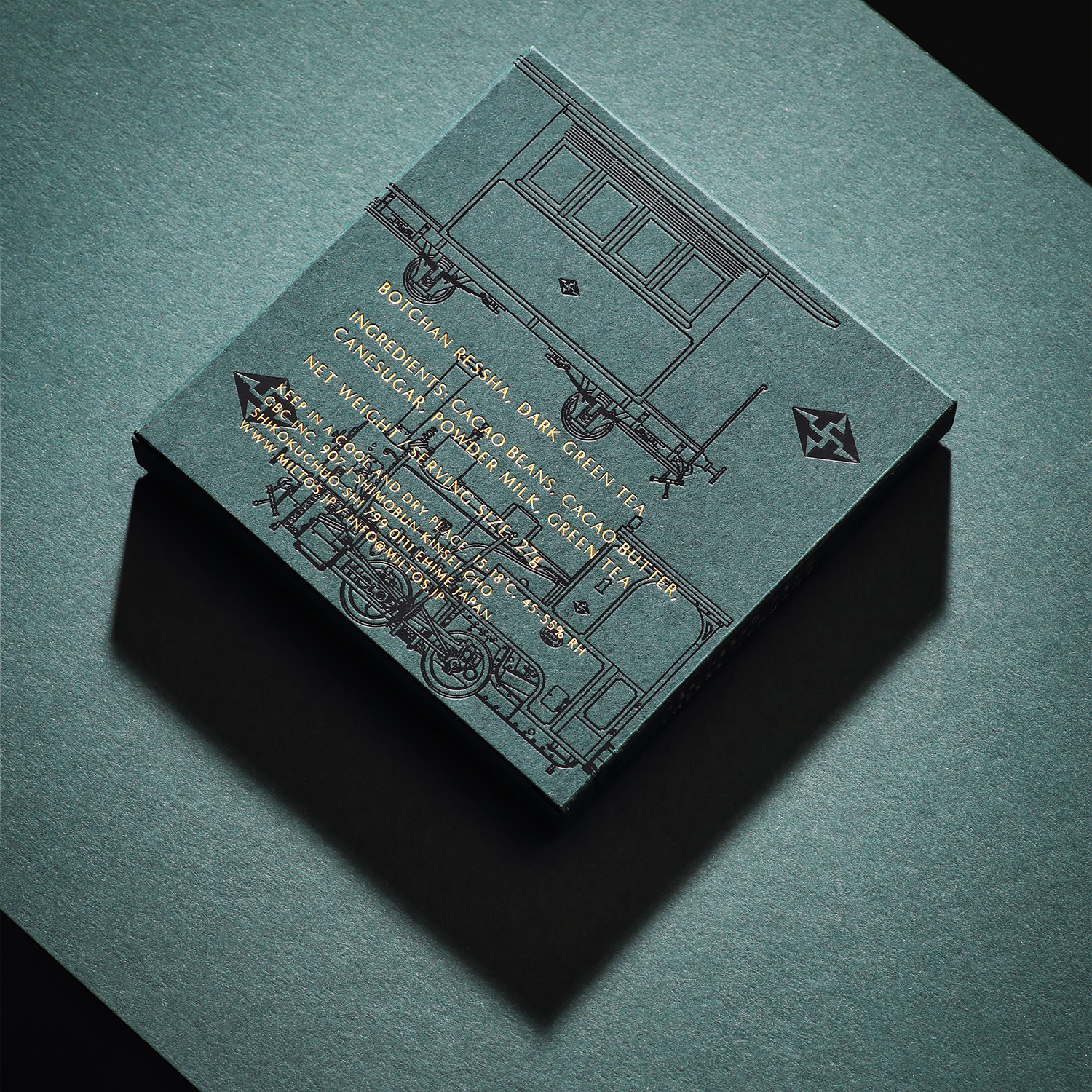 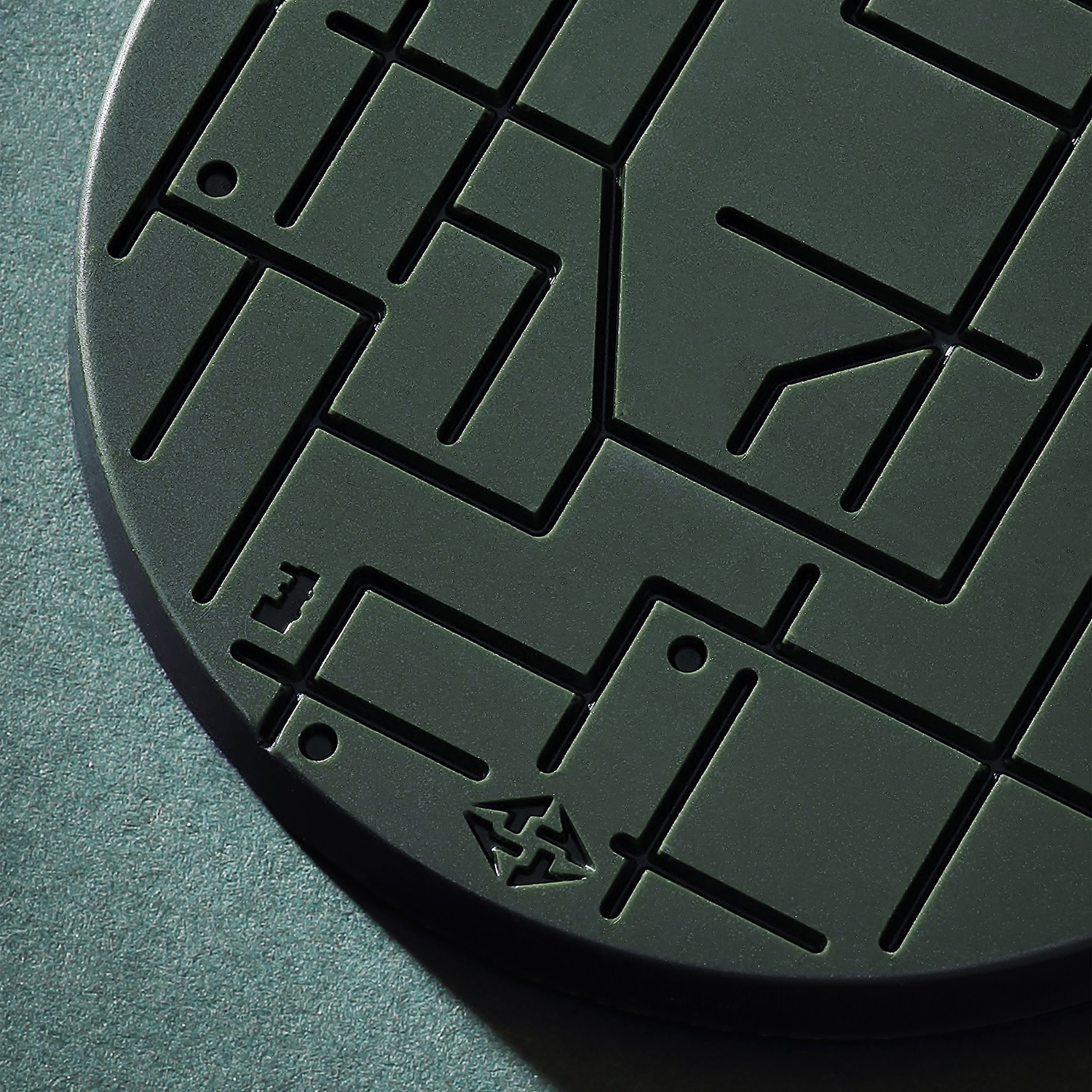 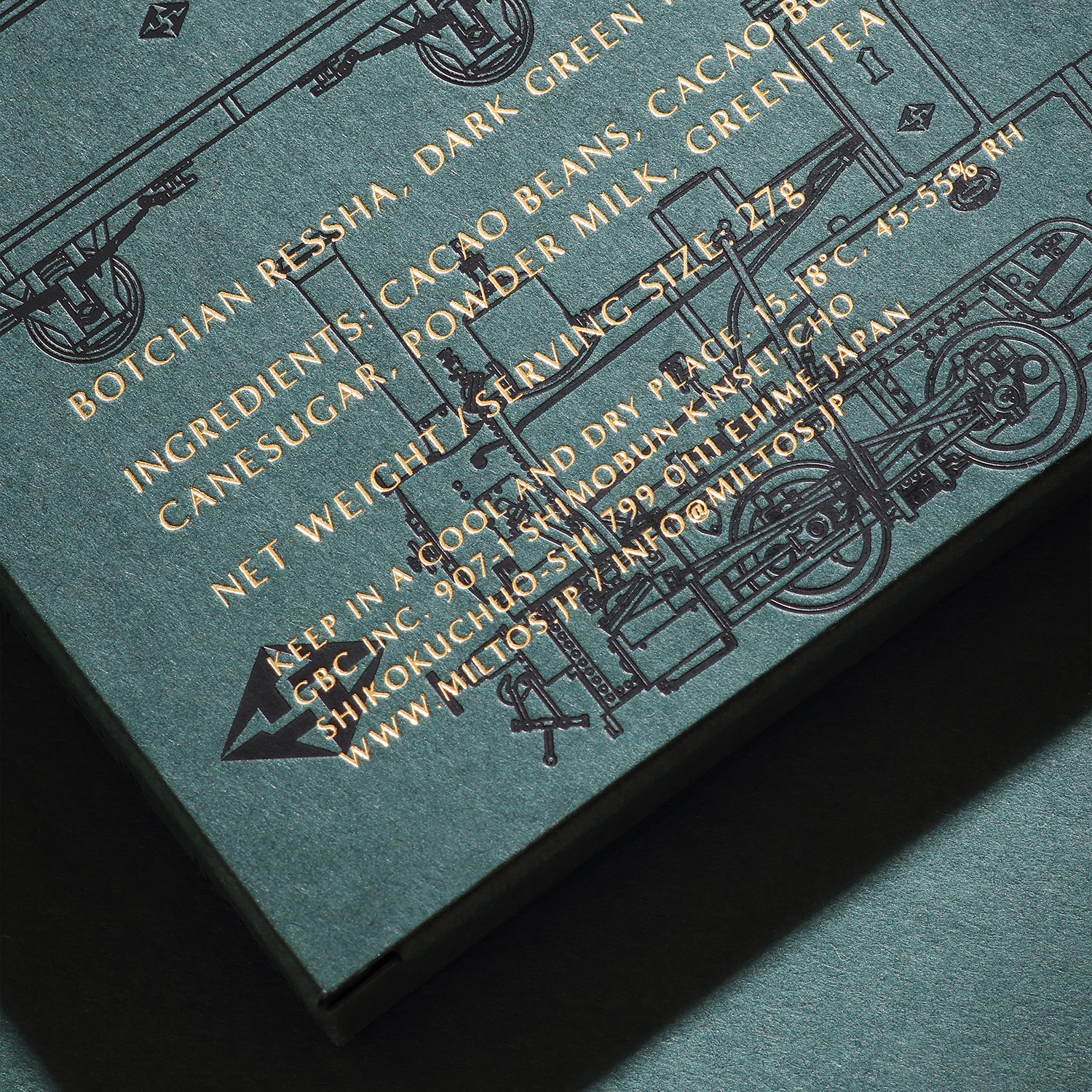 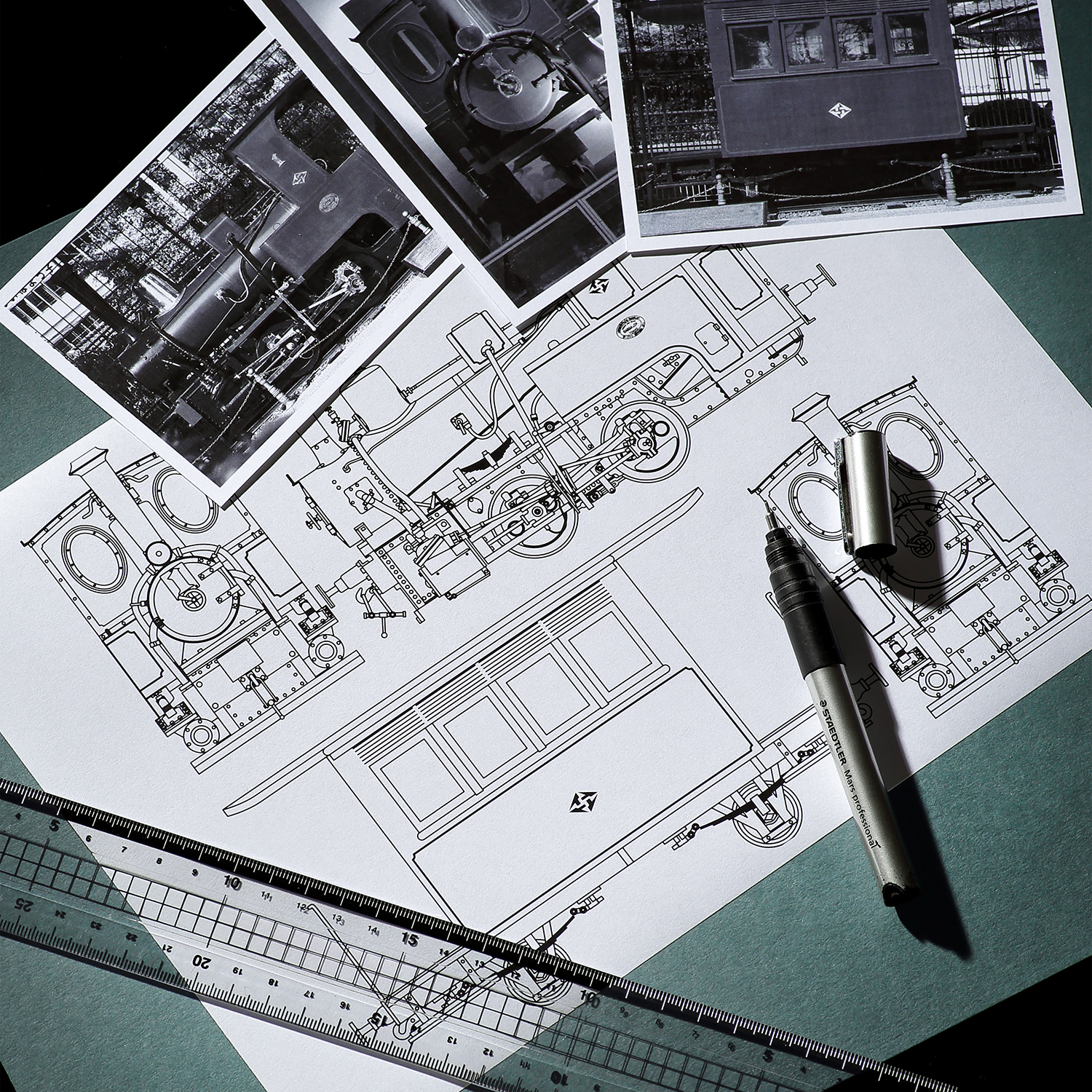 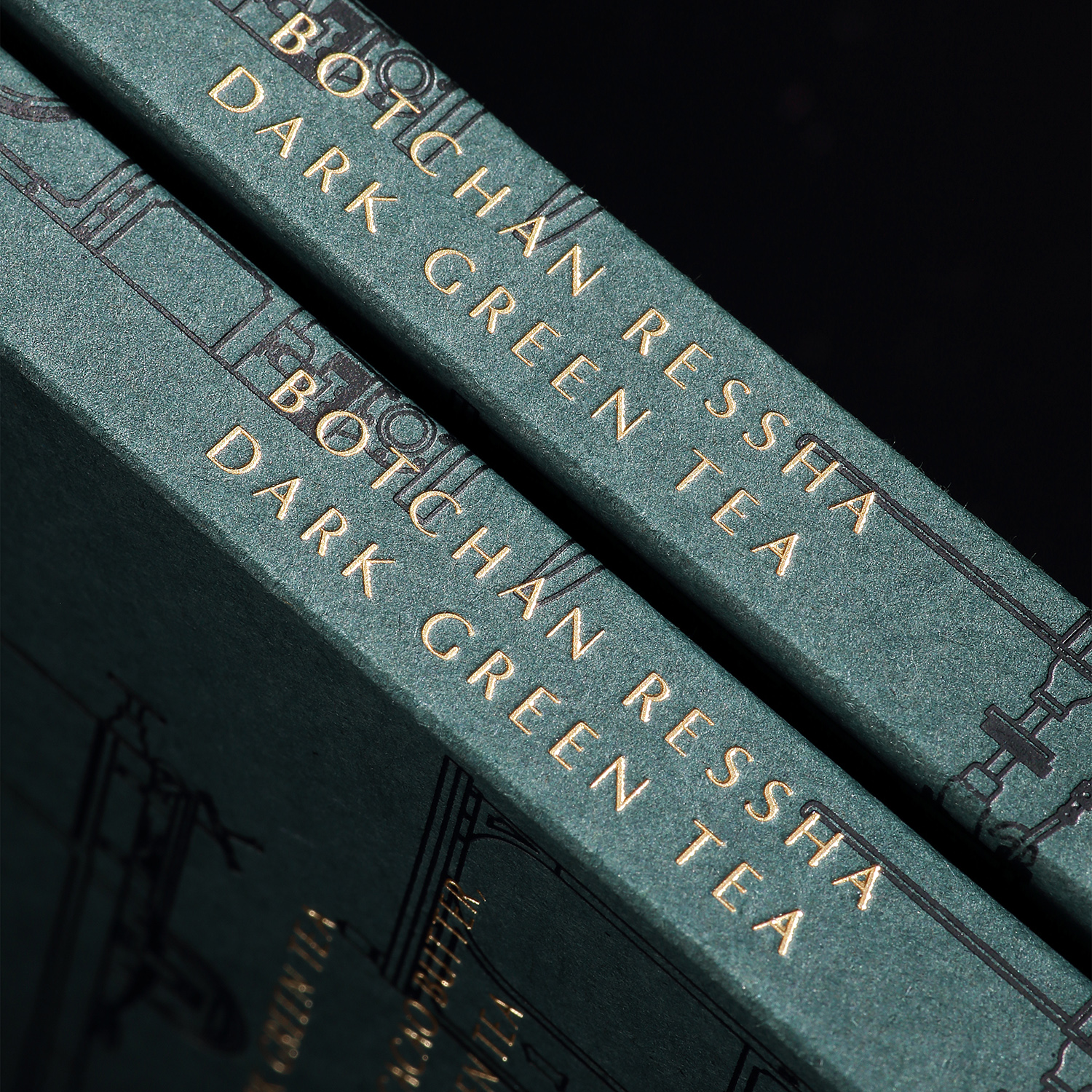