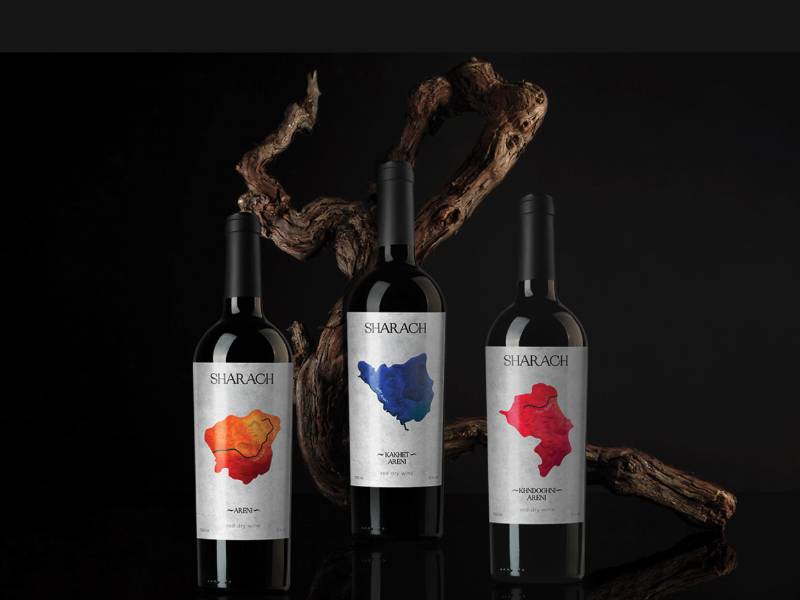 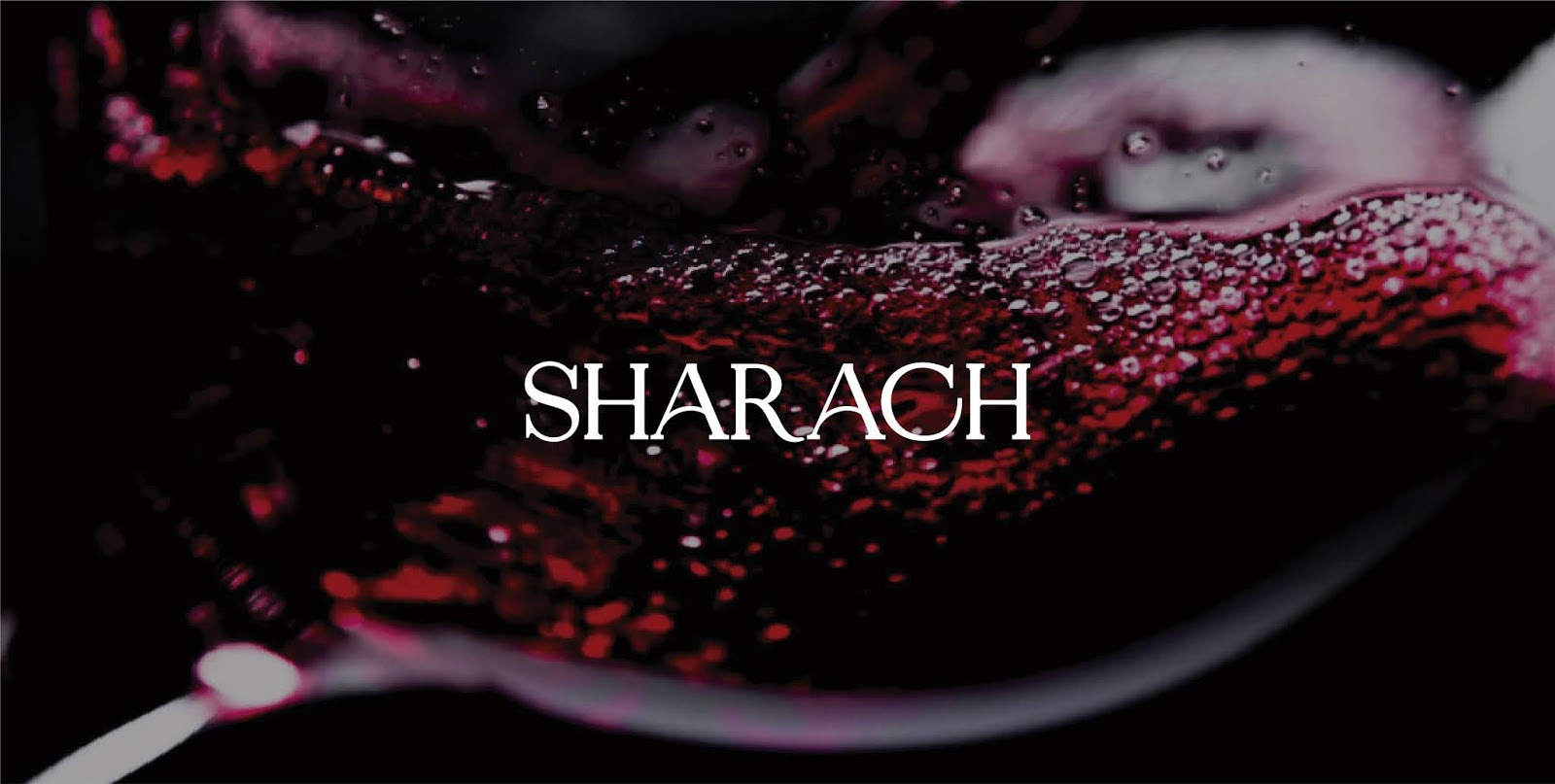 Viniculture in the Armenian Highlands was developed in the early past. Since ancient times many species of grapes have existed in Armenia.

Vedi Alco represents three types of wine made from the following three types of grapes: Kakhet of the Ararat valley, Areni of Vayots Dzor, Artsakh Khndogni.

As all three types of grapes are the old Armenian varieties, we had the task of projecting the same antiquity on wine labels. After long discussions, the idea of three rivers was chosen, each of which has important role in the region 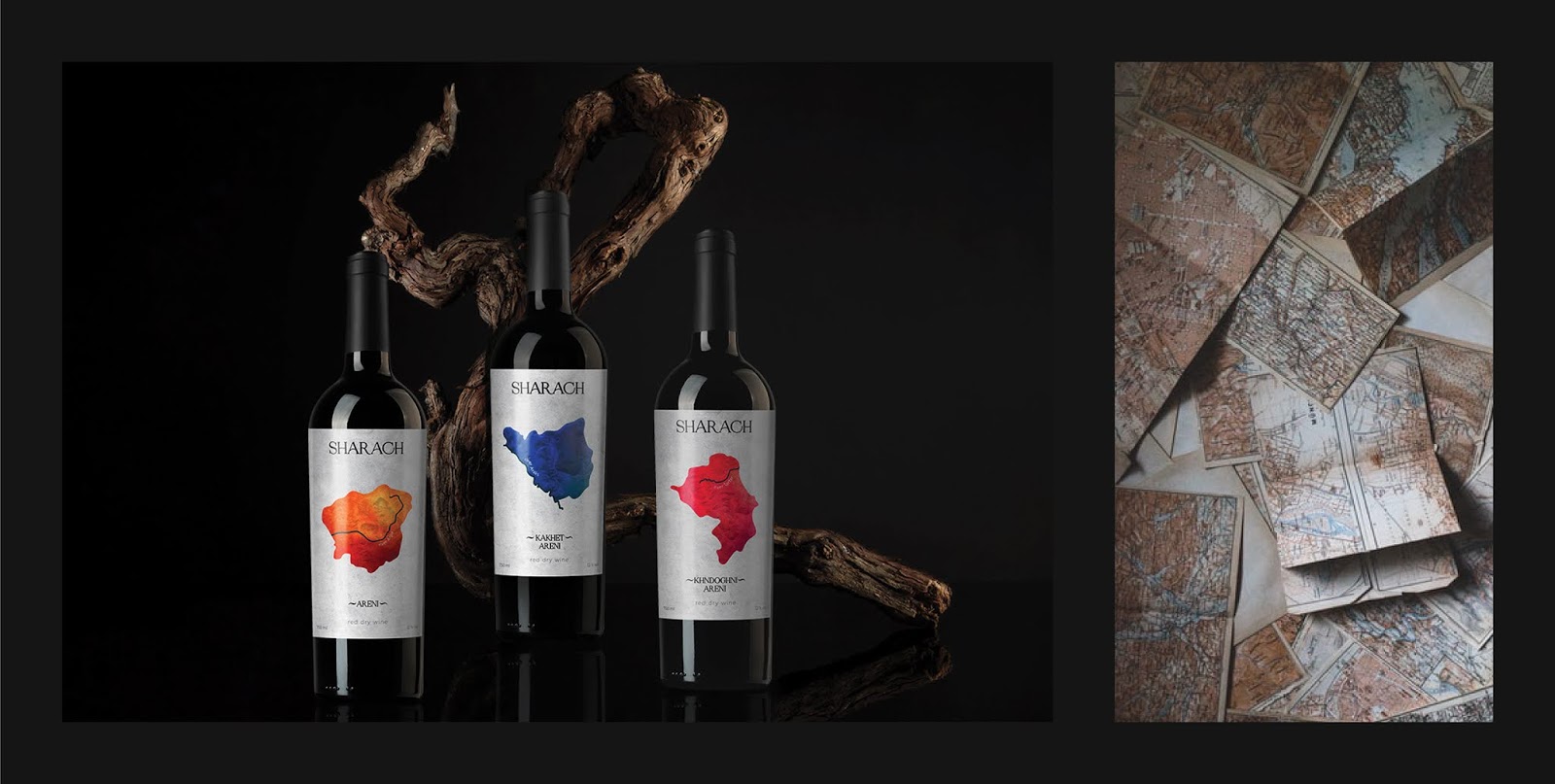 What’s Unique?
Arpa, Araks, Tartar are among the major rivers of the Armenian Highlands. The brand naming process also took a long time and deep research. In the end, the name “Sharach” was chosen, which means a loud sound of running water. 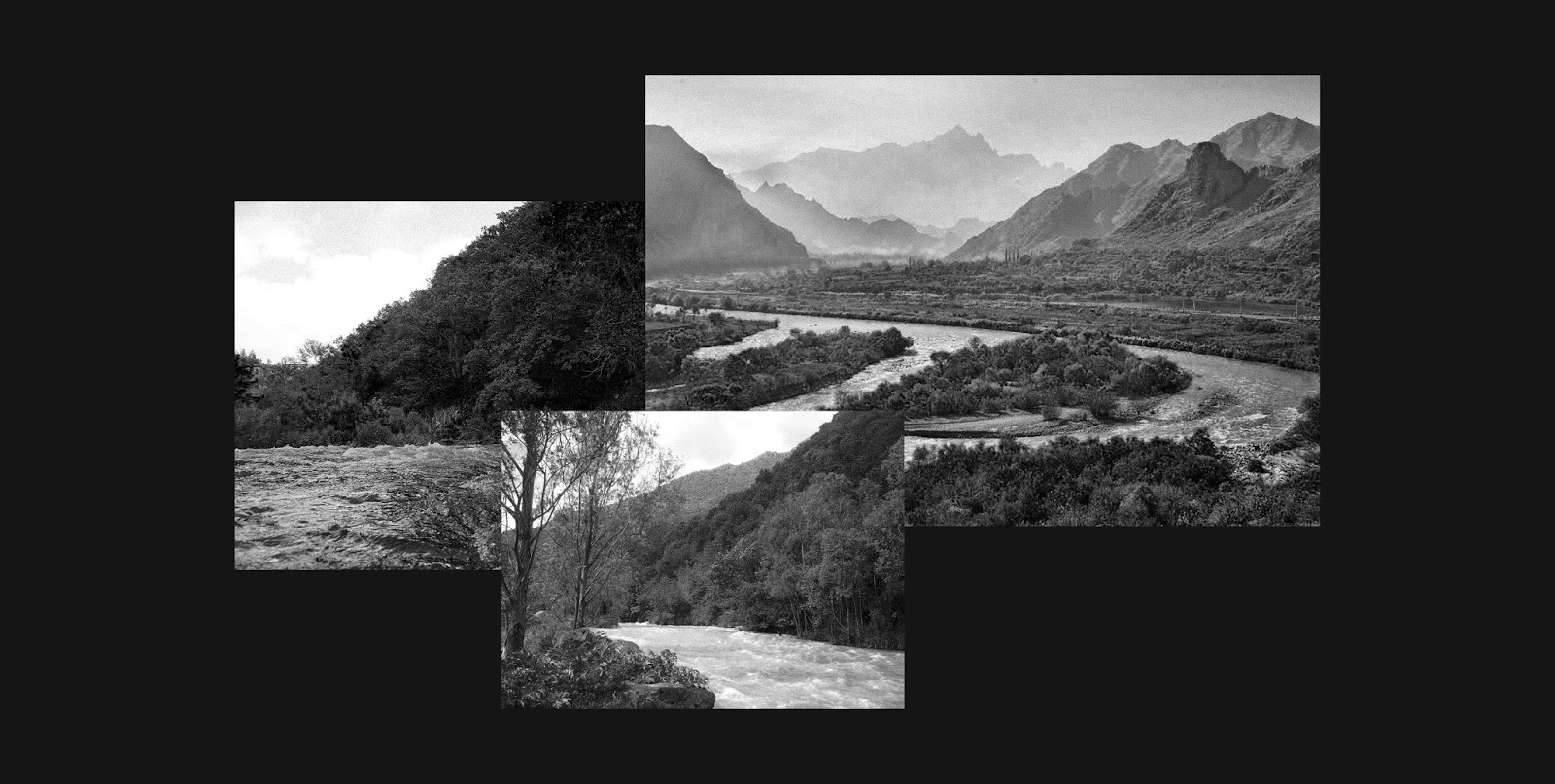 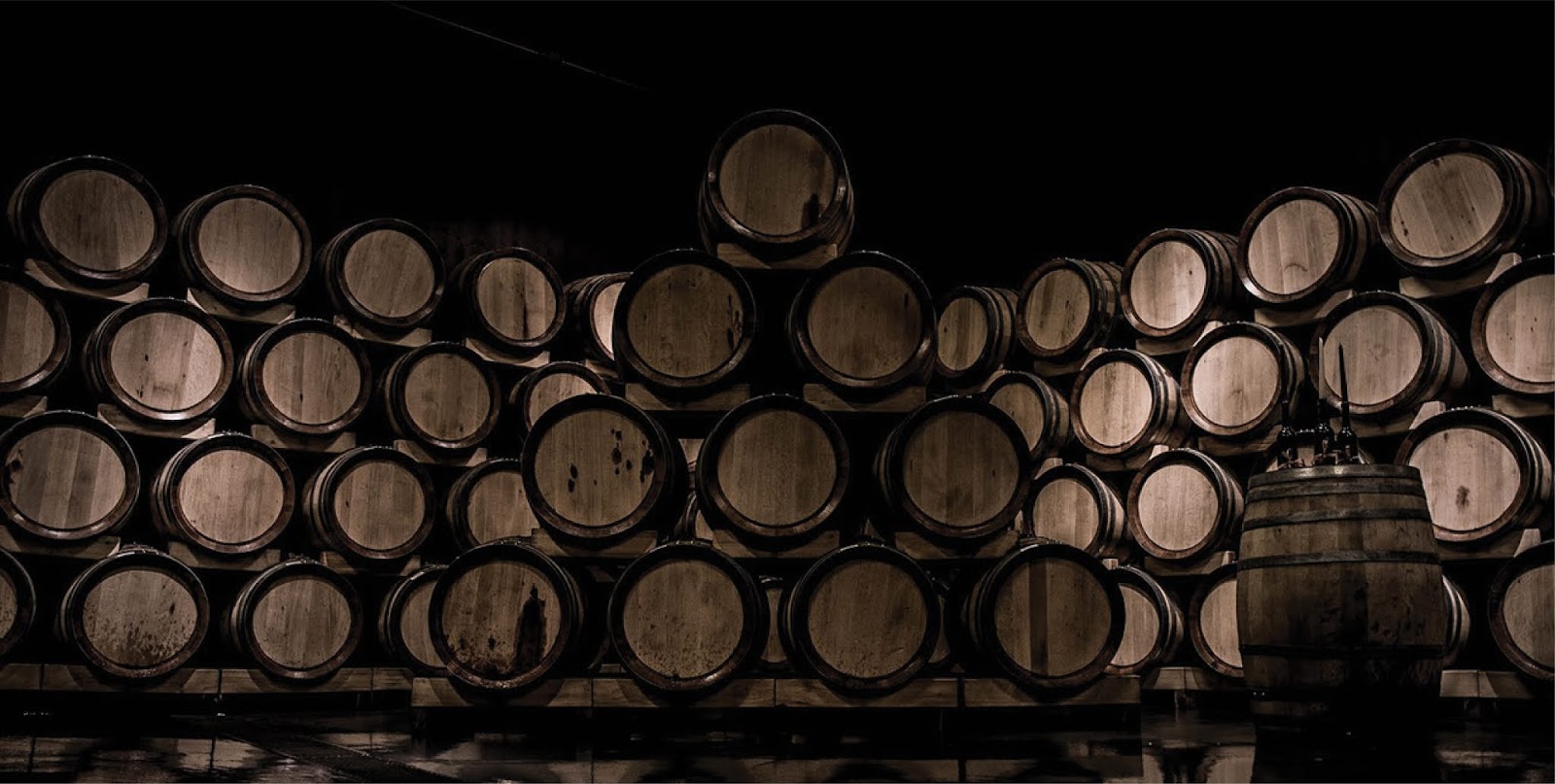 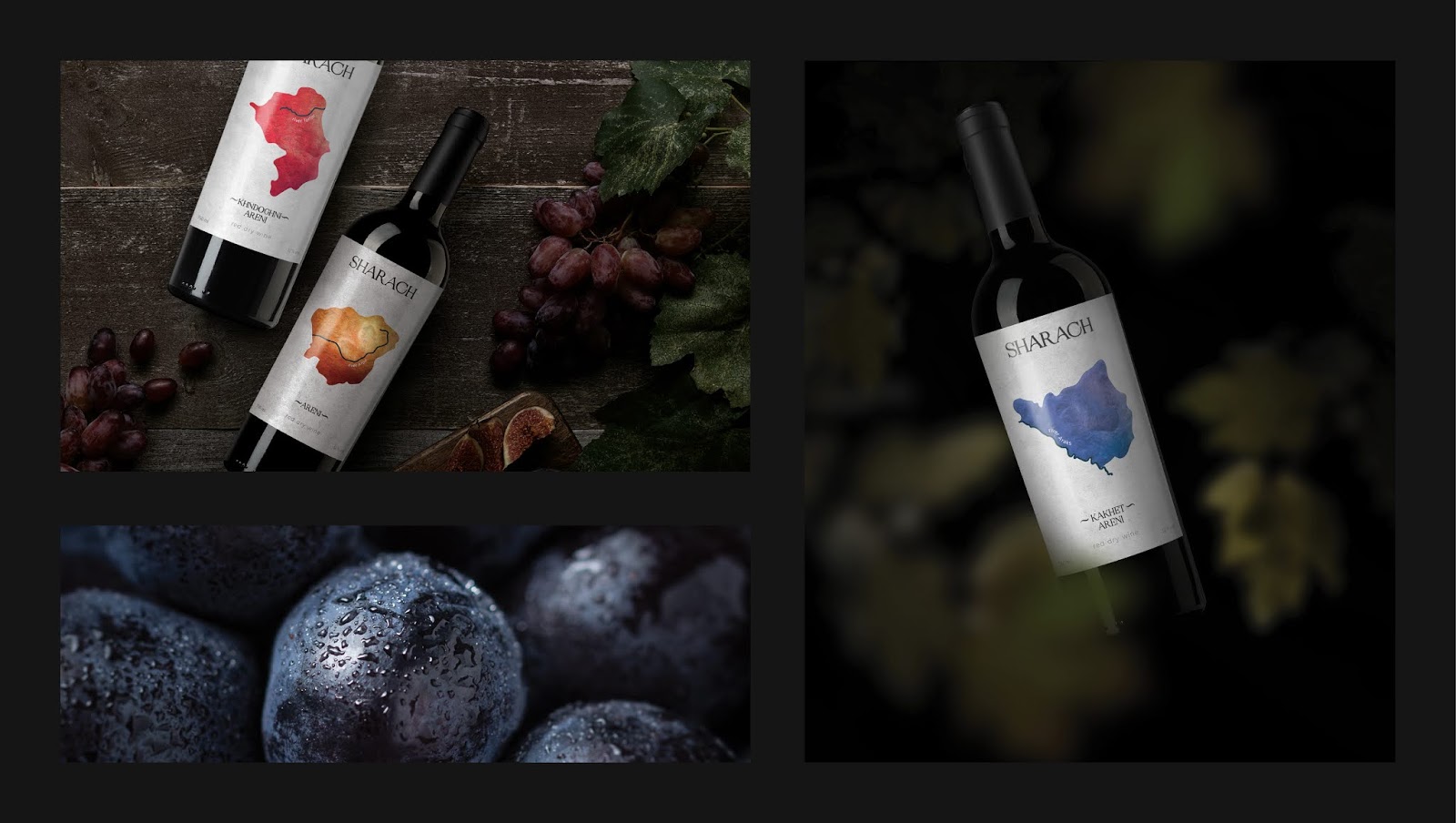 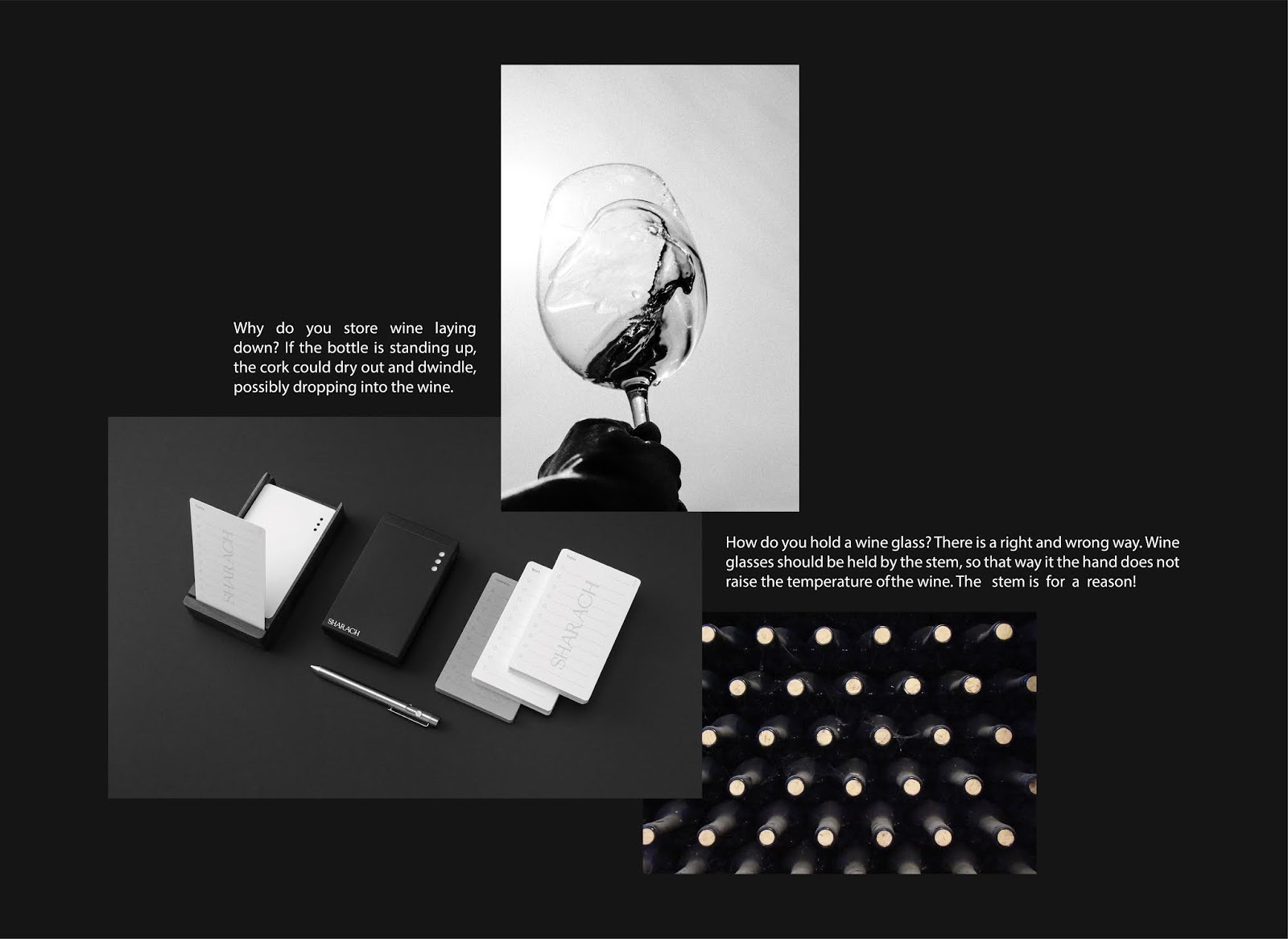