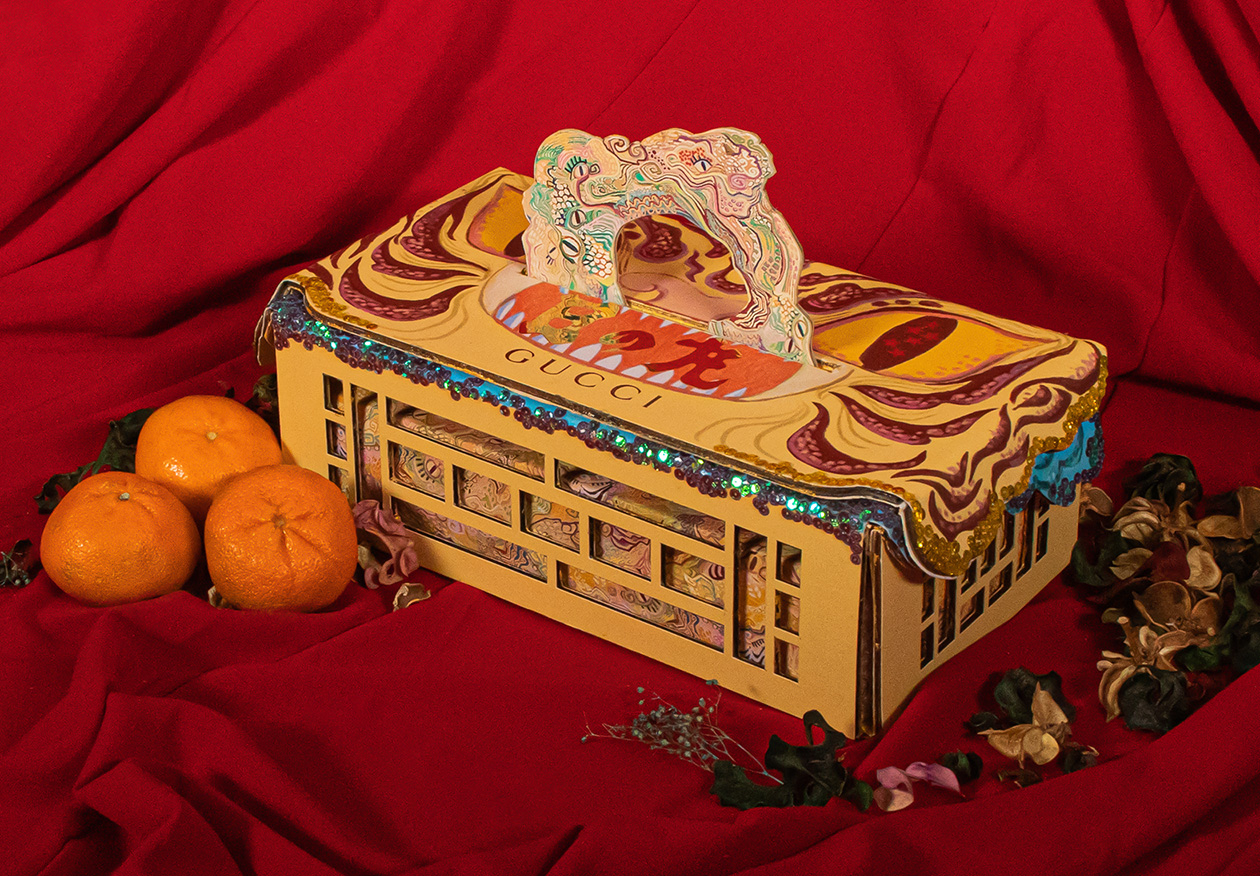 2021 (Year of a pandemic) many had faced burnouts and started losing hope ahead in their lives due to the limitation of reunions and economic downfall. Gifting mandarins is said to be an important ritual among Asians as mandarins are said to symbolize good luck and fortunes, warding off evil spirits. Featuring Gucci’s tiger motif that represents strength and bravery. Let’s celebrate and welcome the new coming changes of 2022, the year of the tiger, with a limited edition fancy box of Hinomaru Mandarins that is in high demand from Japan.

‘Instead of considering the route ahead grim darkness, let’s be brave and love again.’ is the main message and purpose of this whole project. This packaging has stories that focus on every audience who had faced certain downfalls in 2021 due to the pandemic and were still doubting their present and route ahead, including the year 2022 (year of tiger). To illustrate this message, the blue tigers were used as the representatives of the audience, afraid and trapped in a dark tunnel as they were too afraid to face the forest, aka the outside world. A shaman (character design based on Alessandro Michele, aka Gucci’s creative director) ​​who was in the tunnel noticed the tiger and comforted it, encouraging it as well to use its flowing tears to water his magic mandarin tree that is shined by three sun (Hinomaru mandarins were nurtured in special methods called the three sun method). After watering the tree, the shaman offers the tiger a mandarin, saying that it would ward off evil spirits and return its bravery. The blue tiger then consumes it and turns yellow as a symbolism of its changes, happiness, strength and most importantly bravery. The tiger then wanders back into the woods just like everyone else, motivated and continuing their 2022 fearlessly.

The packaging carries three Hinomaru mandarins, a small illustrated storybook to illustrate the message, and 2 customized ang paos as included gifts that illustrate the yellow tiger undergoing changes in the midst while its tail still remains blue at the back. Since the packaging features the fashion house, the packaging contains absurd yet fancy designs including sequins and glitters which we wouldn’t normally find in a fruit packaging. The box is also illustrated to enhance the story of the tiger. Special printing effects are applied to the design as well such as foil stamping and spot UV to enhance the whole shining and shimmering effect of the box. While opening, the yellow tiger illustration is lifted up and shows the blue tiger illustration (the fear hidden by the yellow tiger).

Furthermore, the packaging is made of wood, laser cut into traditional Chinese window frames shaped covering the tray that was specially designed to portray the abstract and hidden spirits of the tiger that was inspired by Chinese porcelain artworks, including the handle which is coming out from the tiger’s mouth, indicating the tiger’s inner strength and spirits. Everything is crafted fancily to package the expensive mandarins as a gift and celebrate the year of the tiger with full of love again. 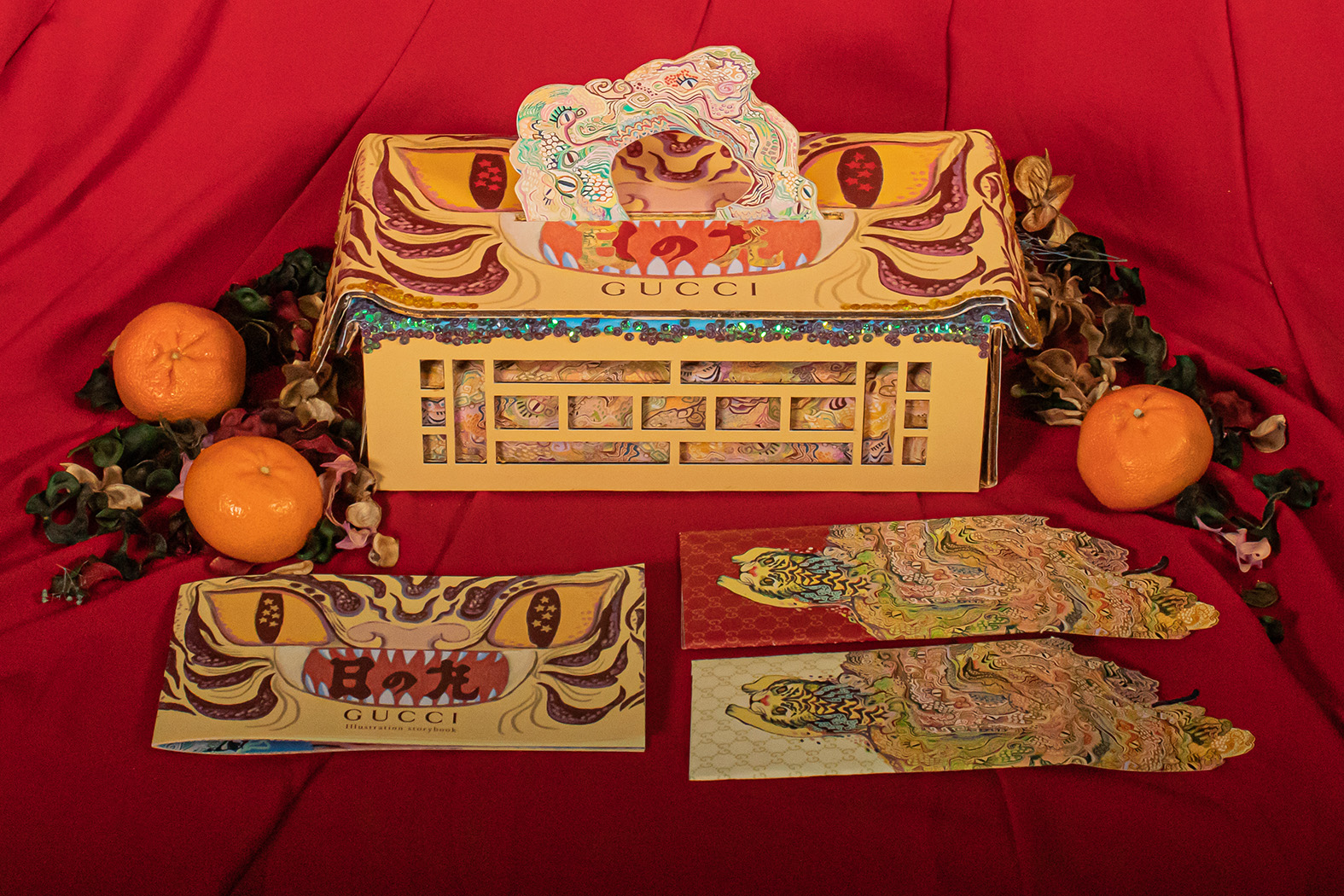 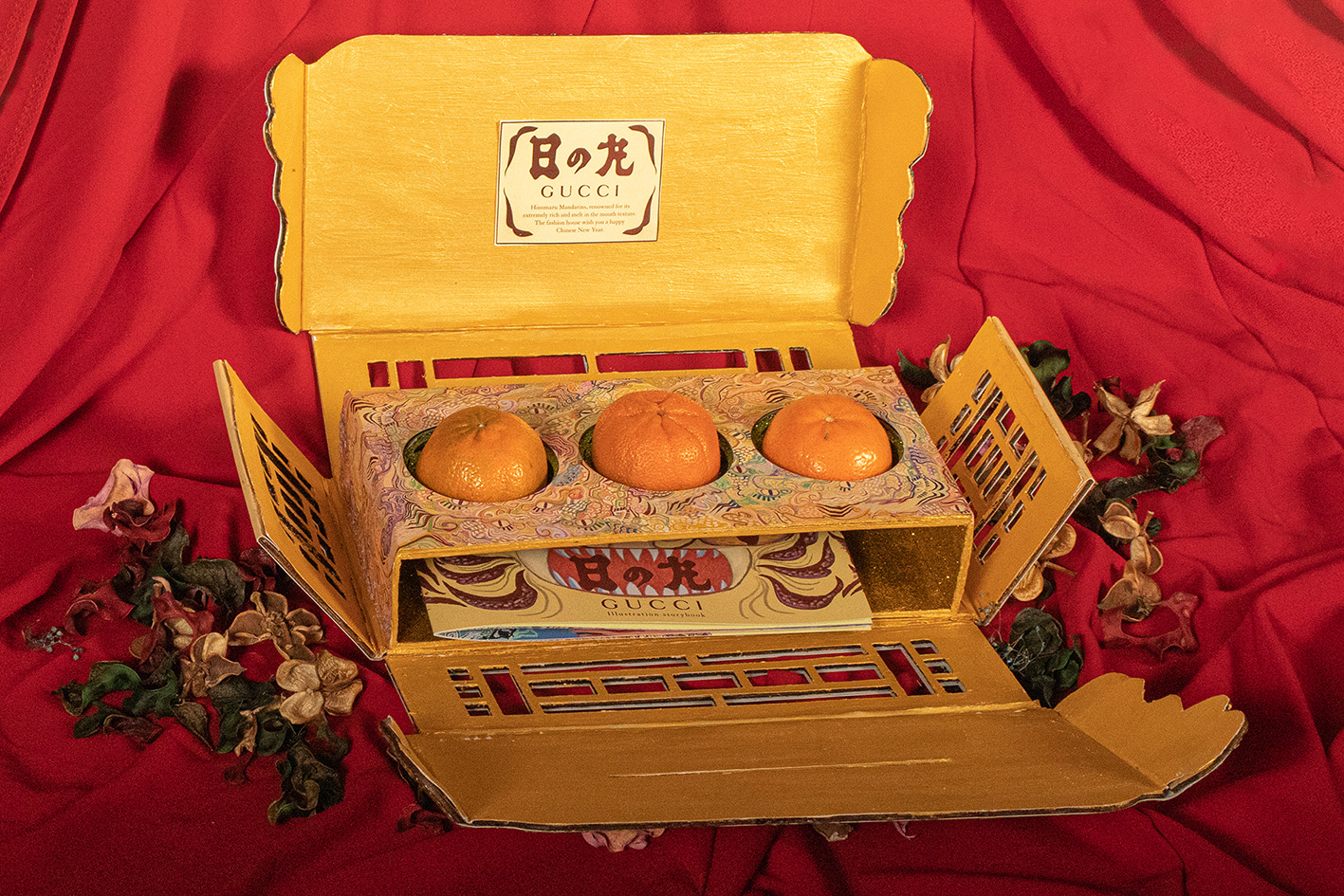 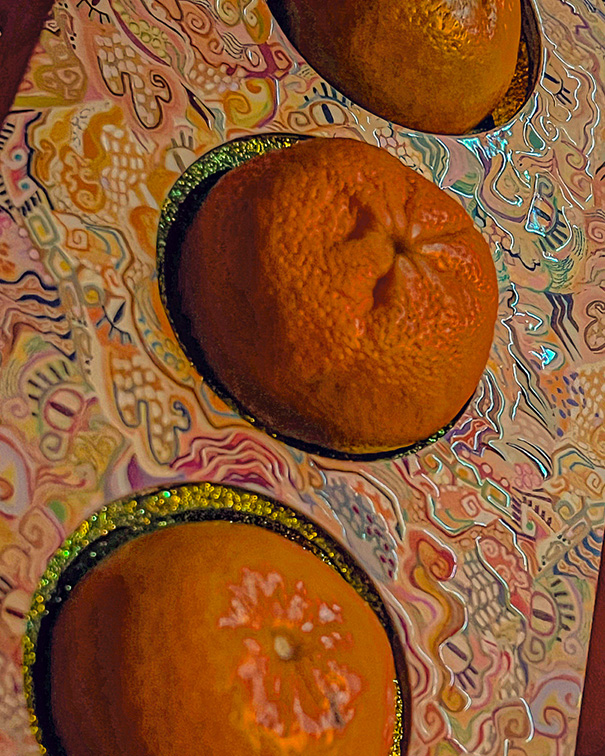 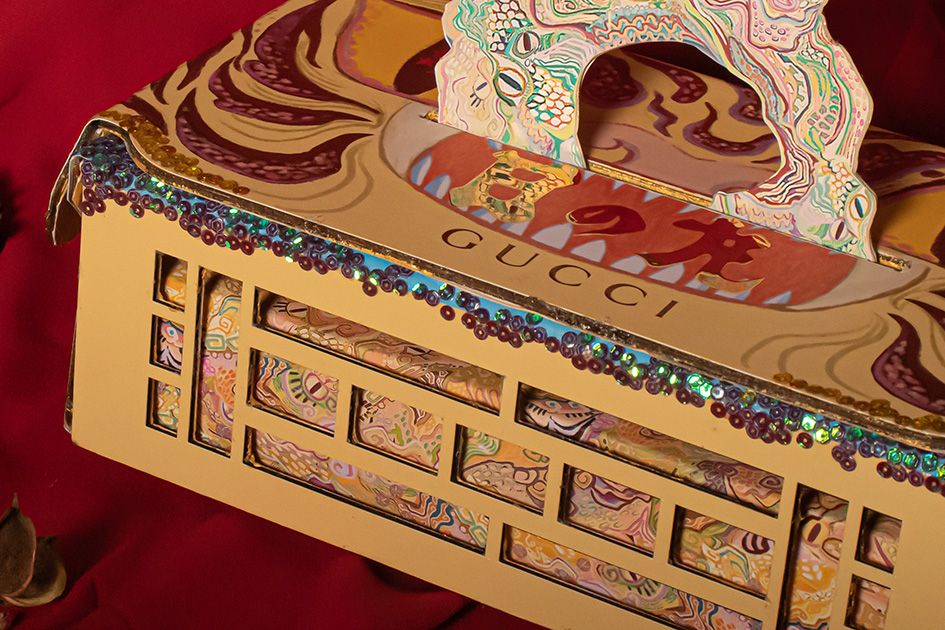 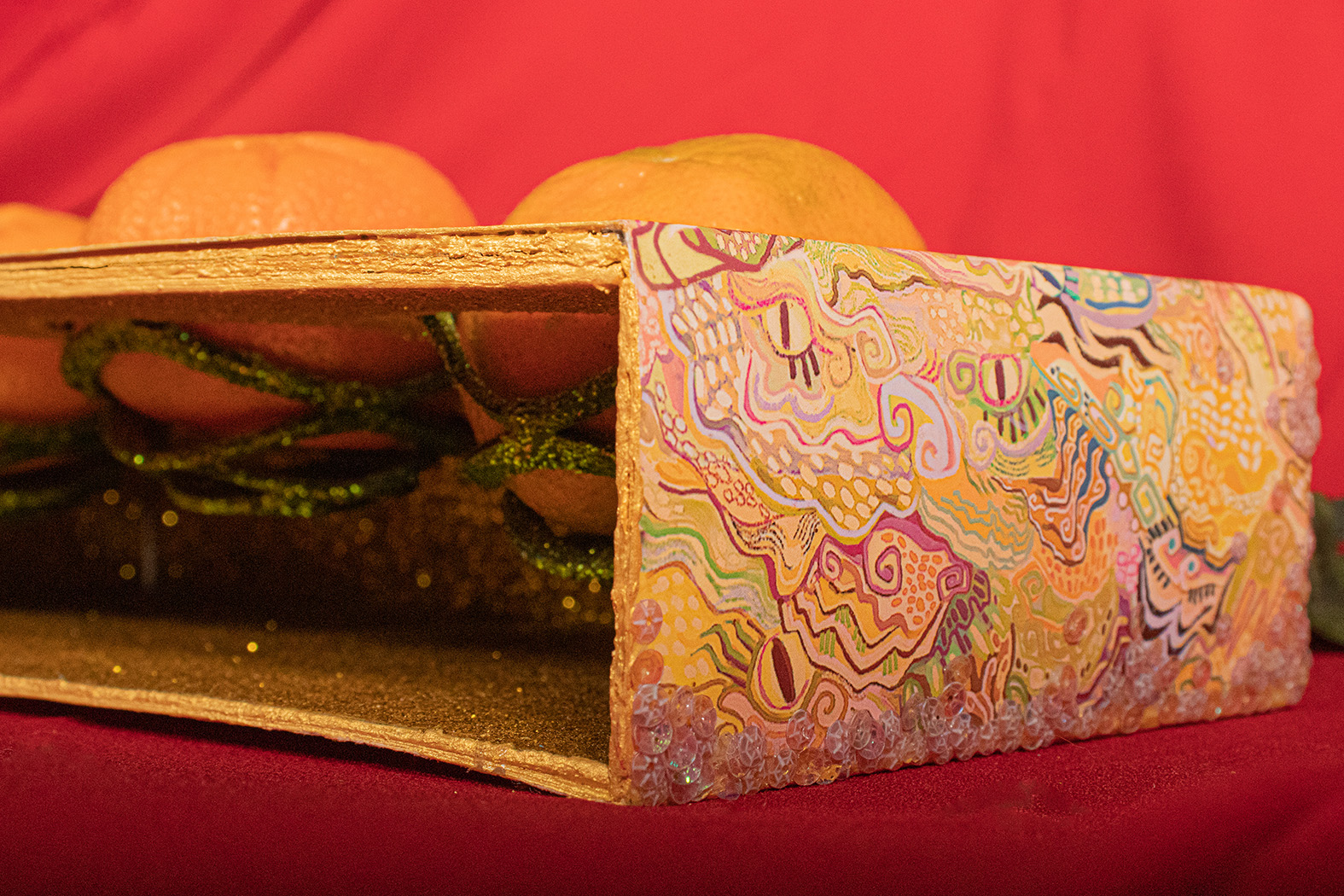 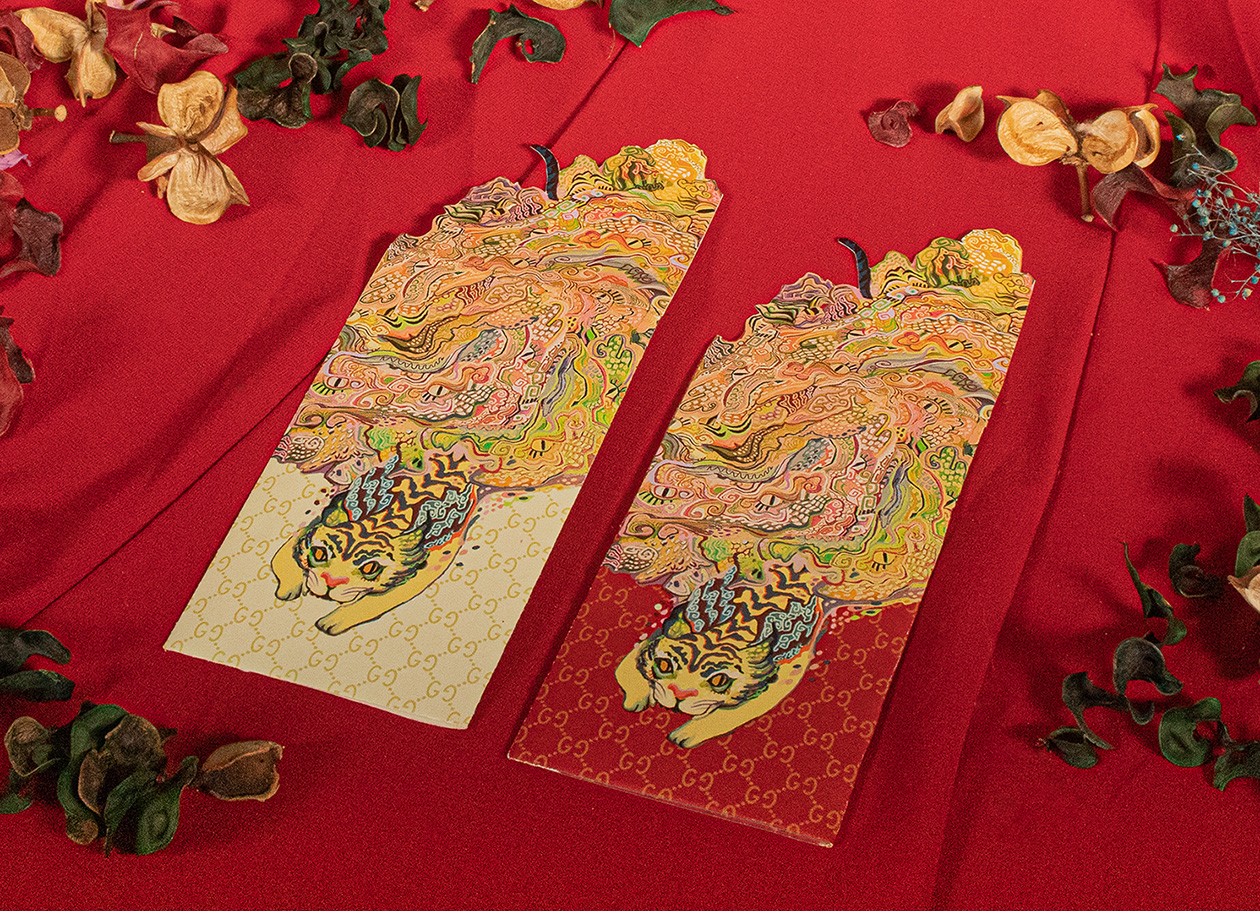 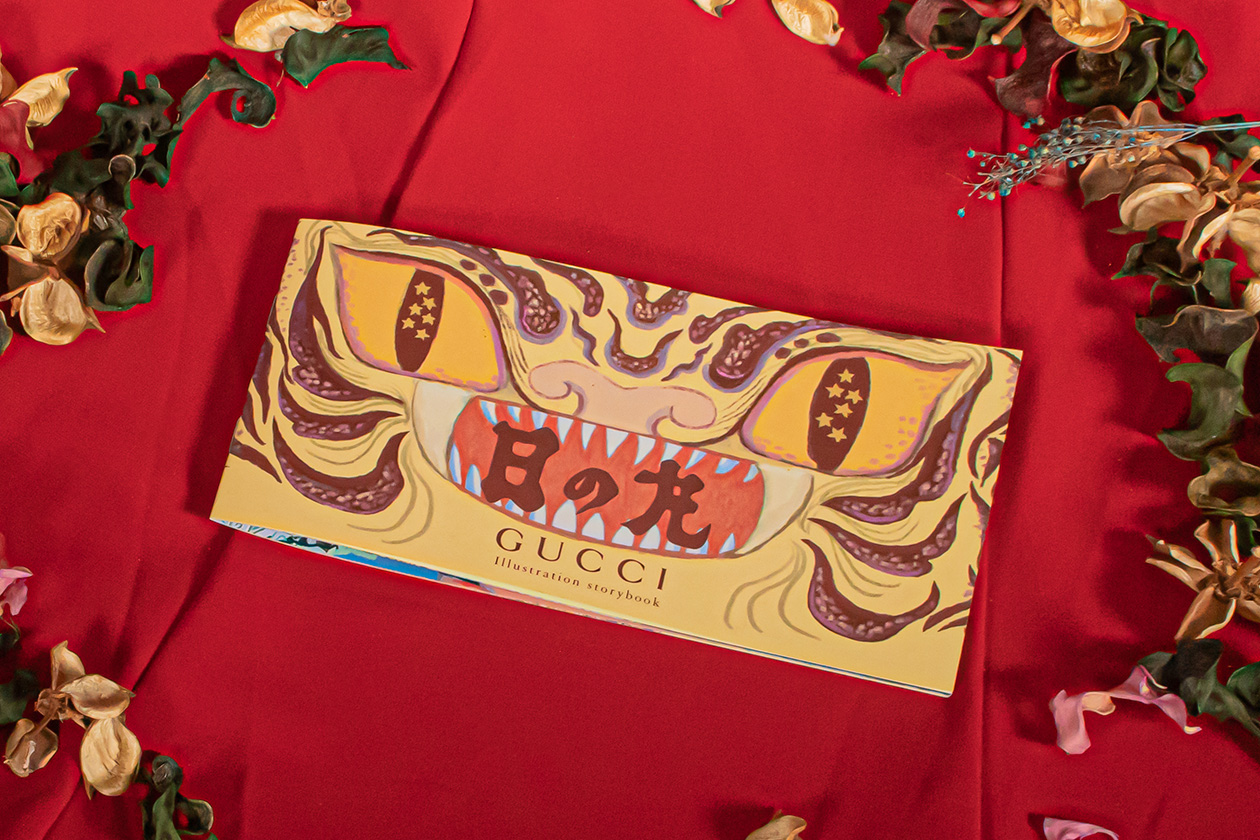 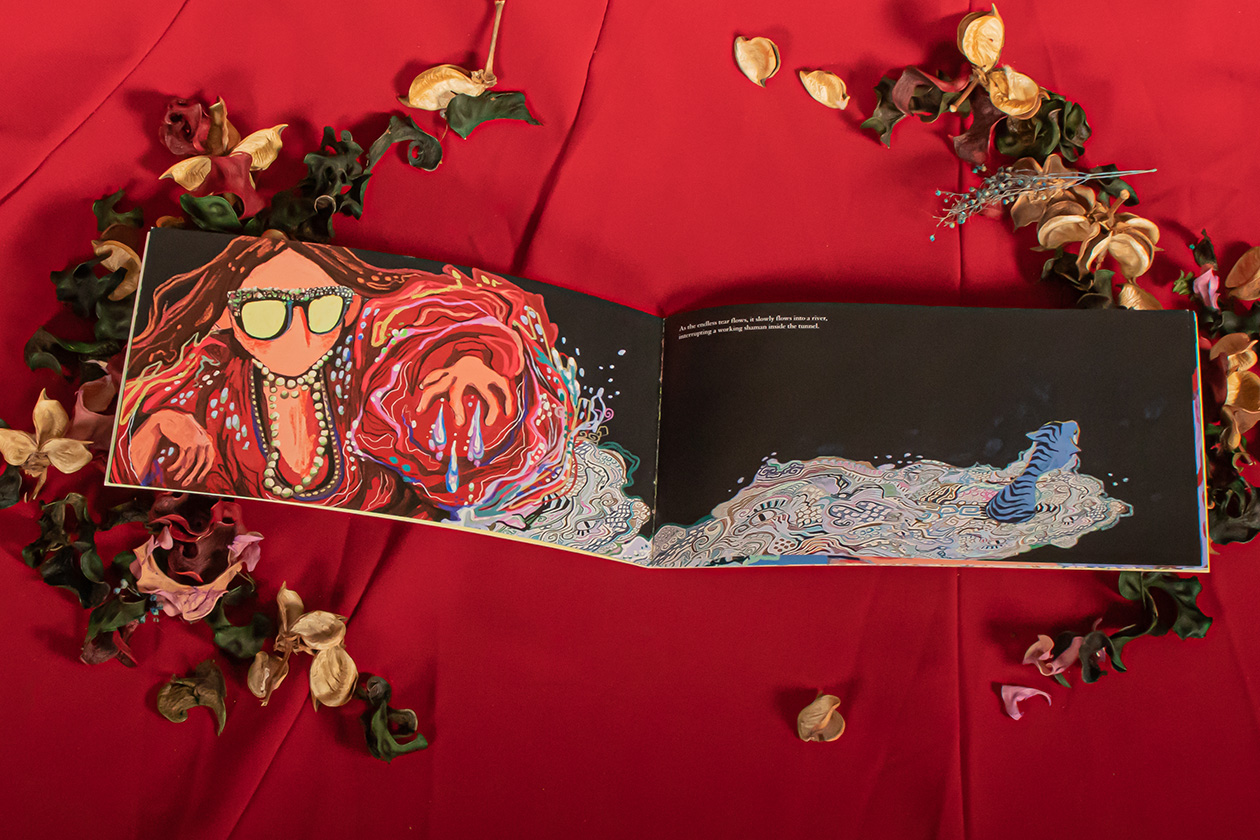 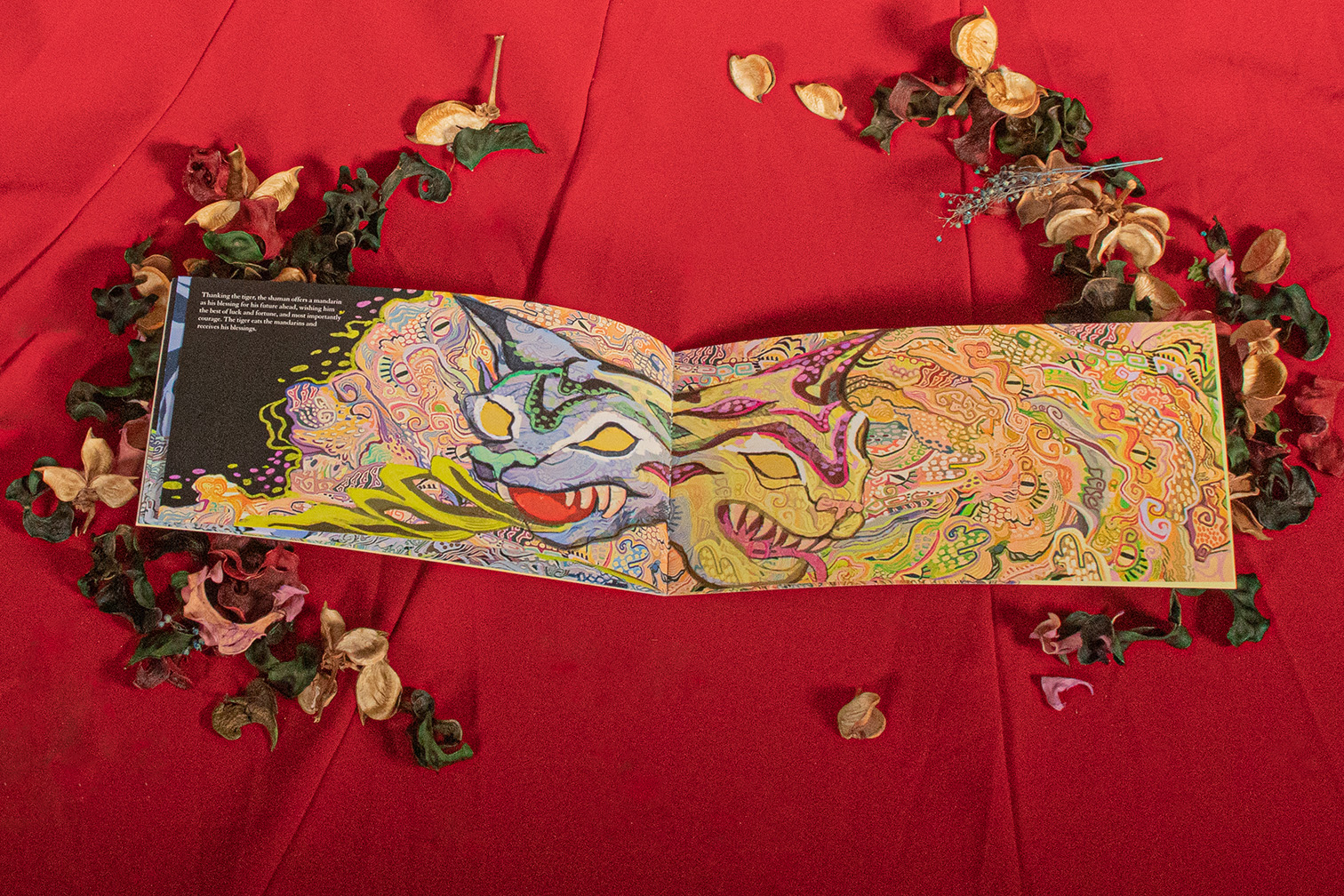 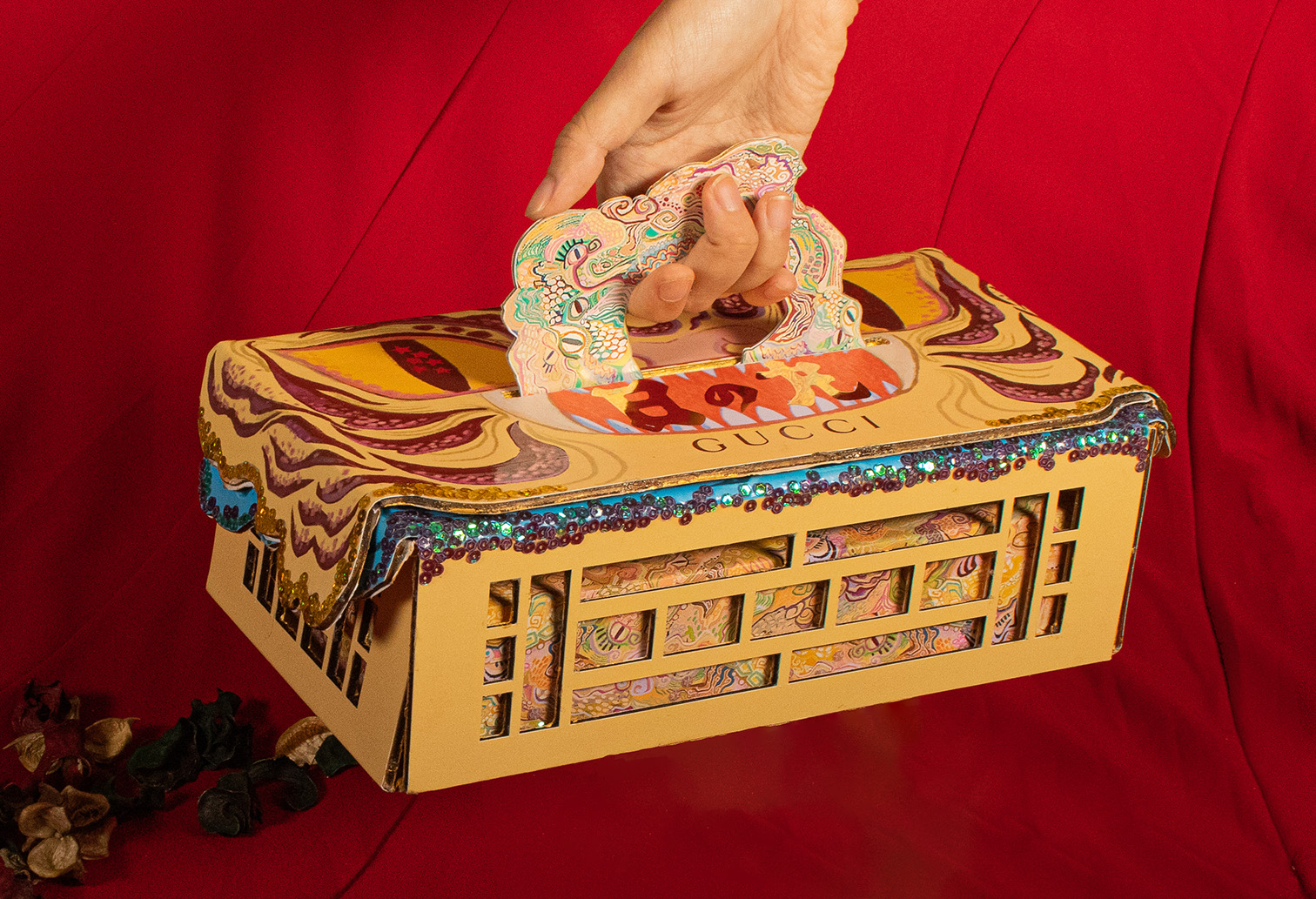