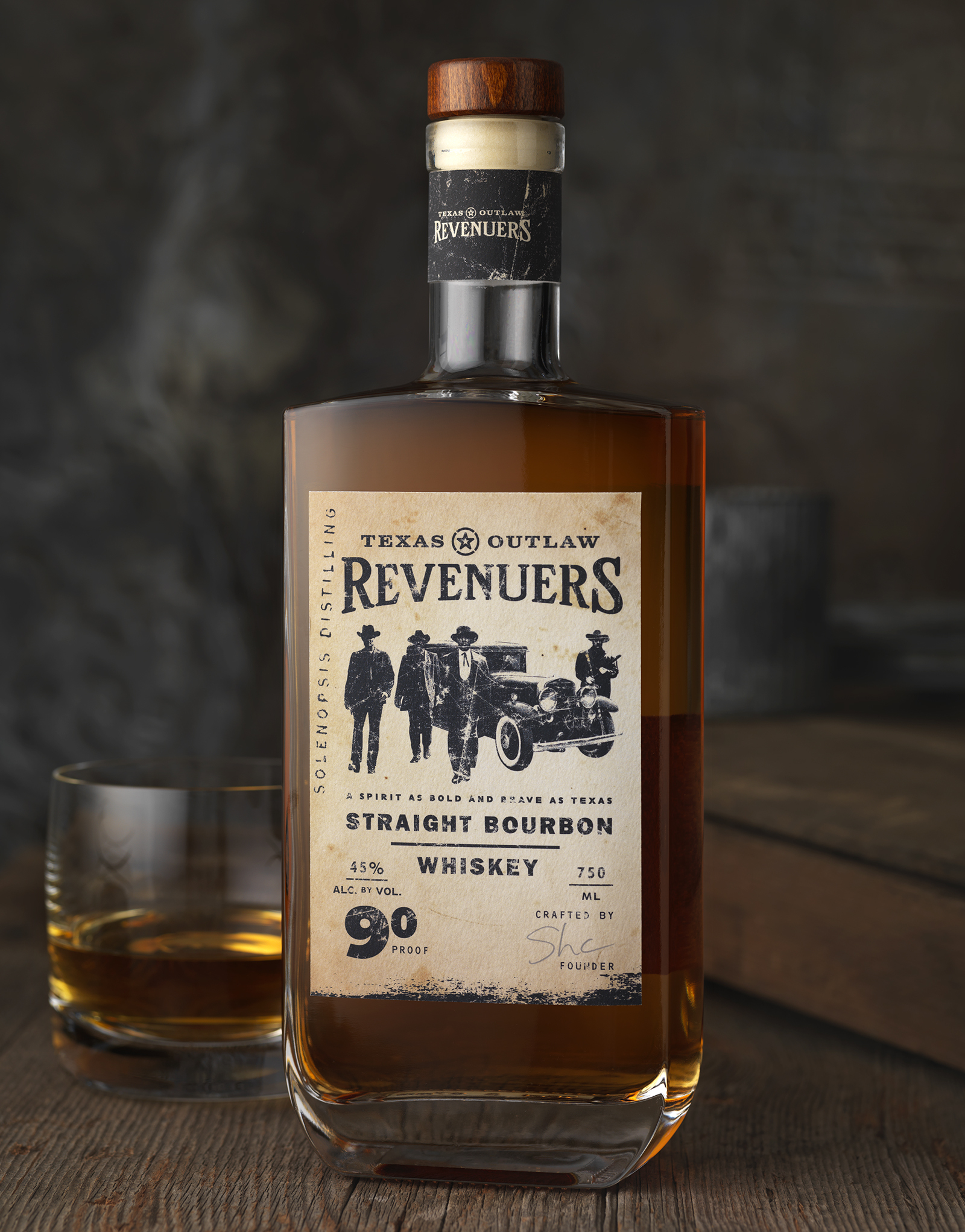 Solenopsis Distilling came to CF Napa to create the logo and packaging for their Texas Outlaw Revenuers brand. Inspired by the Prohibition Era rebel lawmen that refused to enforce the alcohol ban and protested the resulting increase in income tax put in place to recoup money lost on liquor tax, the design needed to harken back to that snapshot in time and embody the bold and brave spirit of the outlaw revenuers.

Drawing inspiration from “wanted” posters of the period, CF Napa created an illustration of 1920s revenuers walking around a classic Cadillac V-16, the style of car owned by the infamous gangster, Al Capone. This artwork is nostalgic, referencing a pivotal time in American history. The double-sided label packs a dynamic punch with the Revenuers illustration on the front and barrels of protected whiskey on the other side, visible through the back of the bottle. The paper was given a burned and aged treatment, mimicking the effects of time on a hidden bottle of forbidden spirits. 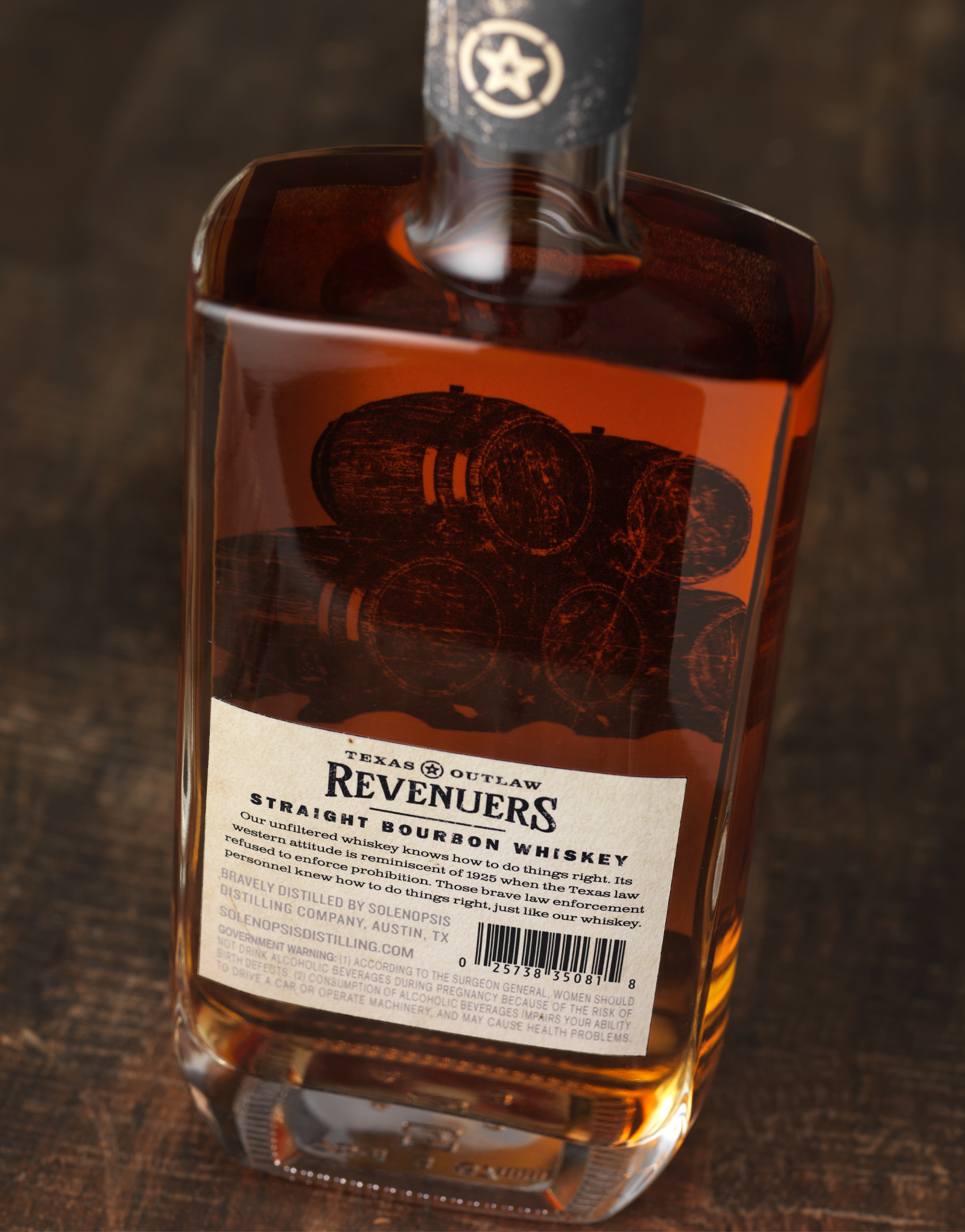 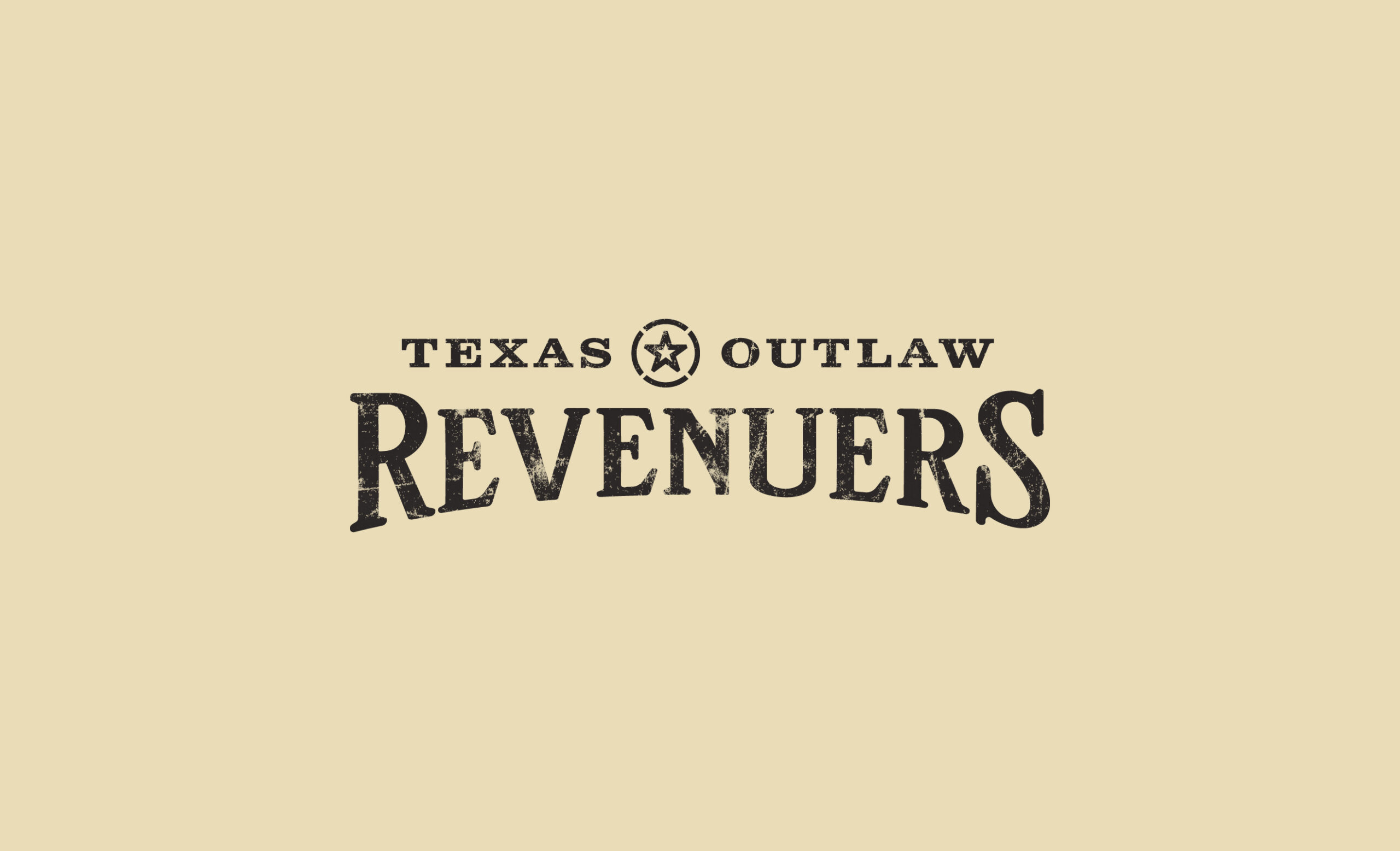