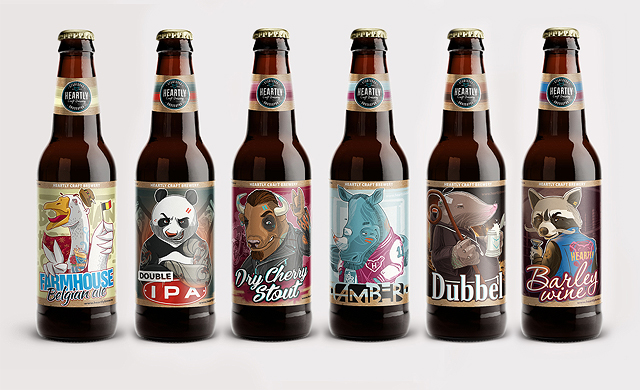 The studio has developed the design “Heartly Craft” beer of 6 SKU. The idea of using images of animals was suggested by the client. After analyzing variety of the beers in the lineup, experts of the studio suggested the idea of making label design using ‘humanized’ heroes of fauna. This way were born six characters with their own personalities according to the varieties of beer, that they represent. 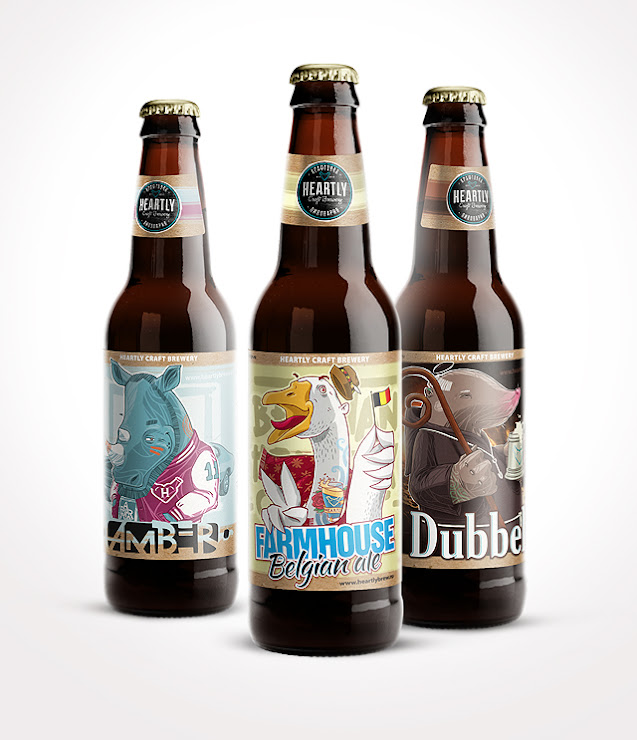