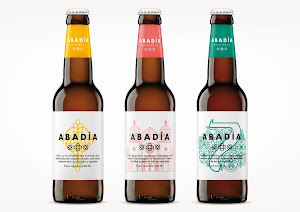 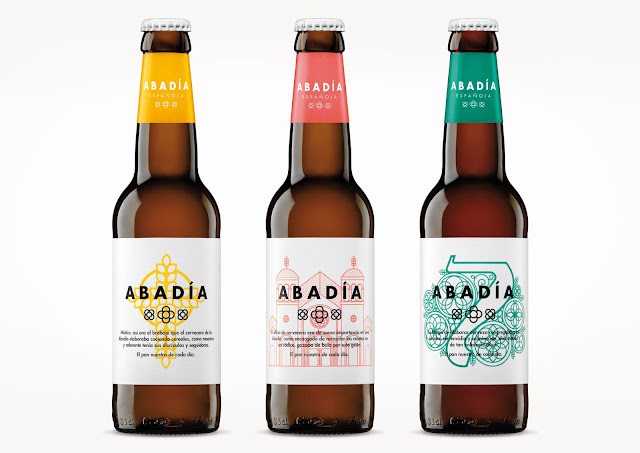 Summary
Abbeys (Las Abadías) were a stronghold of knowledge during dark times. The Abbots dedicated themselves to brewing with faithful devotion. As a tribute to these labours, the packaging reflects a simple design, evocative and austere, with illustrations which symbolize each of the styles of beer. It is printed with fluorescent inks to reinforce the intention of illumination, to bring light to this delicately crafted drink. 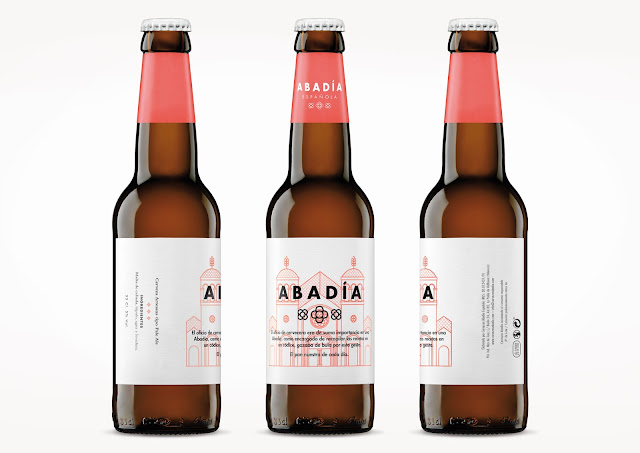 Preliminary Notes
Facing up to the challenge of industrial beers, Abadía Española, one of the first artisanal breweries in the country, launches new recipes with a renewed modern image; evocative of the origin of the precious amber liquid. Brewed with natural ingredients and traditional methods, this “liquid bread”, as it has historically been known, is reinvented and updated.

Its three varieties Pilsner, Lager and Seven Malts are characterized by the intensity of their flavour and the richness of their nuances, which underlines the dedication in their development. They will surprise beer lovers everywhere, especially those familiar with the taste of carefully elaborated craftsmanship.

We have reinvented the Abadía Española image, remaining faithful to its artisanal essence, creating powerful packaging which reflects the singularity of its flavour, in both an eye-catching and modern style. 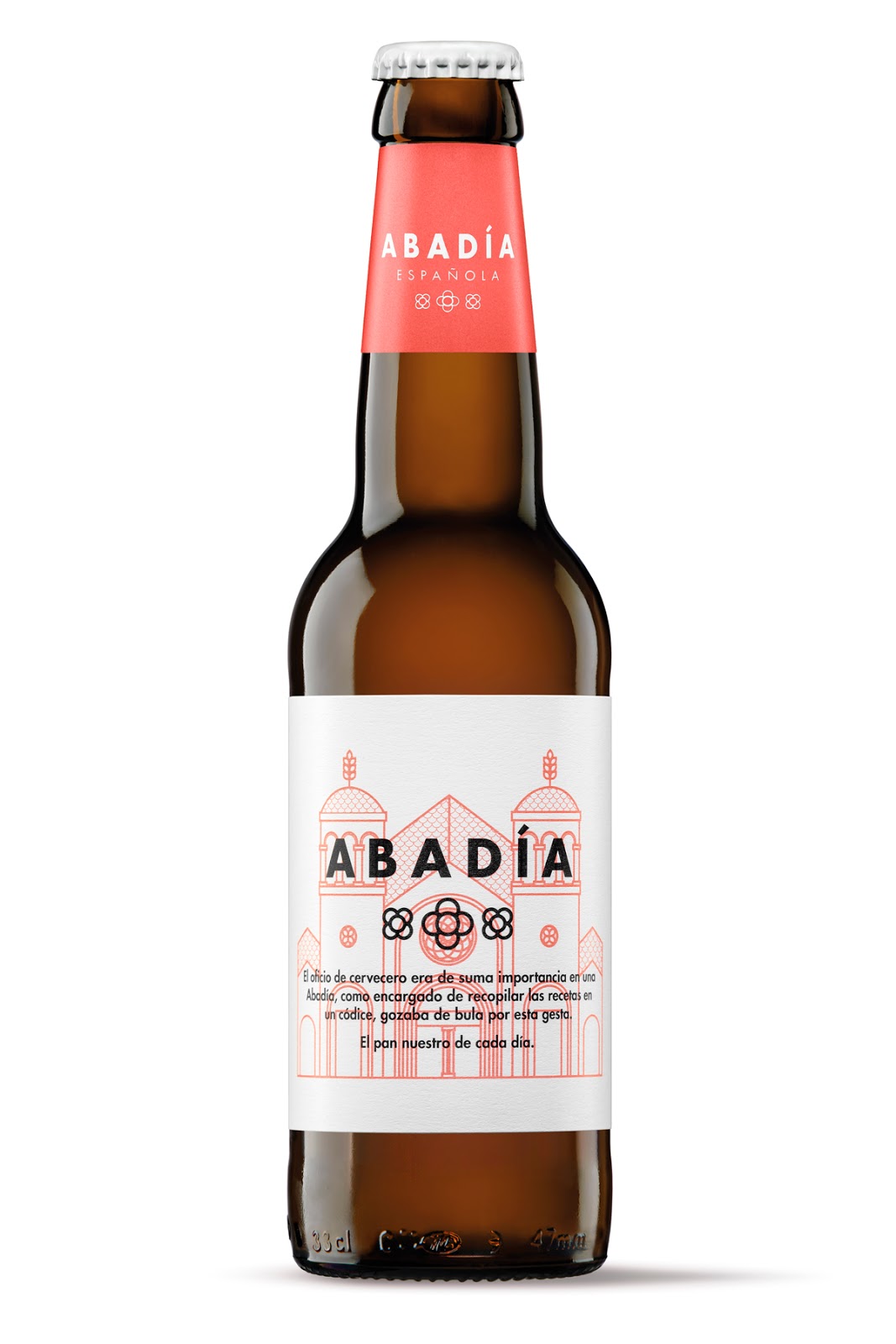 Storytelling
It is often in times of darkness when light shines, hidden away, more brightly and vividly. One must only know where to find it.

It was in the Abbeys where light, culture and reason found refuge in the Middle Ages. This stronghold of knowledge served as a parapet so that the brewing of beer would not disappear. For centuries the Abbots dedicated themselves to the passing on and spreading of their wisdom, preserving their time-honoured processing techniques, through the darkness, with true devotion.

Only in a place as pure as the Abbeys could the origin of beer be found. The brewing of this concoction became another of the Abbots’ devotions, between manuscript codices and prayers. The secrets of its elaboration were passed on and perfected to the point not even the Abbots themselves had suspected, and who made this divine drink their most highly-prized asset. We find a precedent in the Abbots’ ritual to which we still remain faithful to this day – that of enjoying a finely crafted flavour in the community.

The mysteries of these temples of illustration still lie between strong walls, an austere architecture, yet one of great beauty. Its purity and robust balance, present in each and every one of its elements, inspires both devotion and praise. Graphic Solution
In tribute to the Abbeys which illuminated dark times with devotion and knowledge, the aesthetic of our proposal drinks from the Romanesque architecture of these temples. The purity of their beauty, devoid of excessive ornament, inspires the harmony and careful balance of our design.

The simplicity in the composition of elements, as well as their synthesis, predominates in the set. A fluorescent tone motif on white introduces the type of beer (Pilsner, Lager and Seven Malts) to the consumer:

Abadía Lager
The spiked cross, unmistakable symbol of the cult to artisan beer professed by Abbots.

Abadía Seven Malts
The denominated precious illuminated manuscripts condensed geometric patterns in the codices of the Abbots. An icon of culture and wealth of medieval abbot scribes, the highly-adorned number seven is a perfect symbol to illustrate the seven malts which embody this beer. 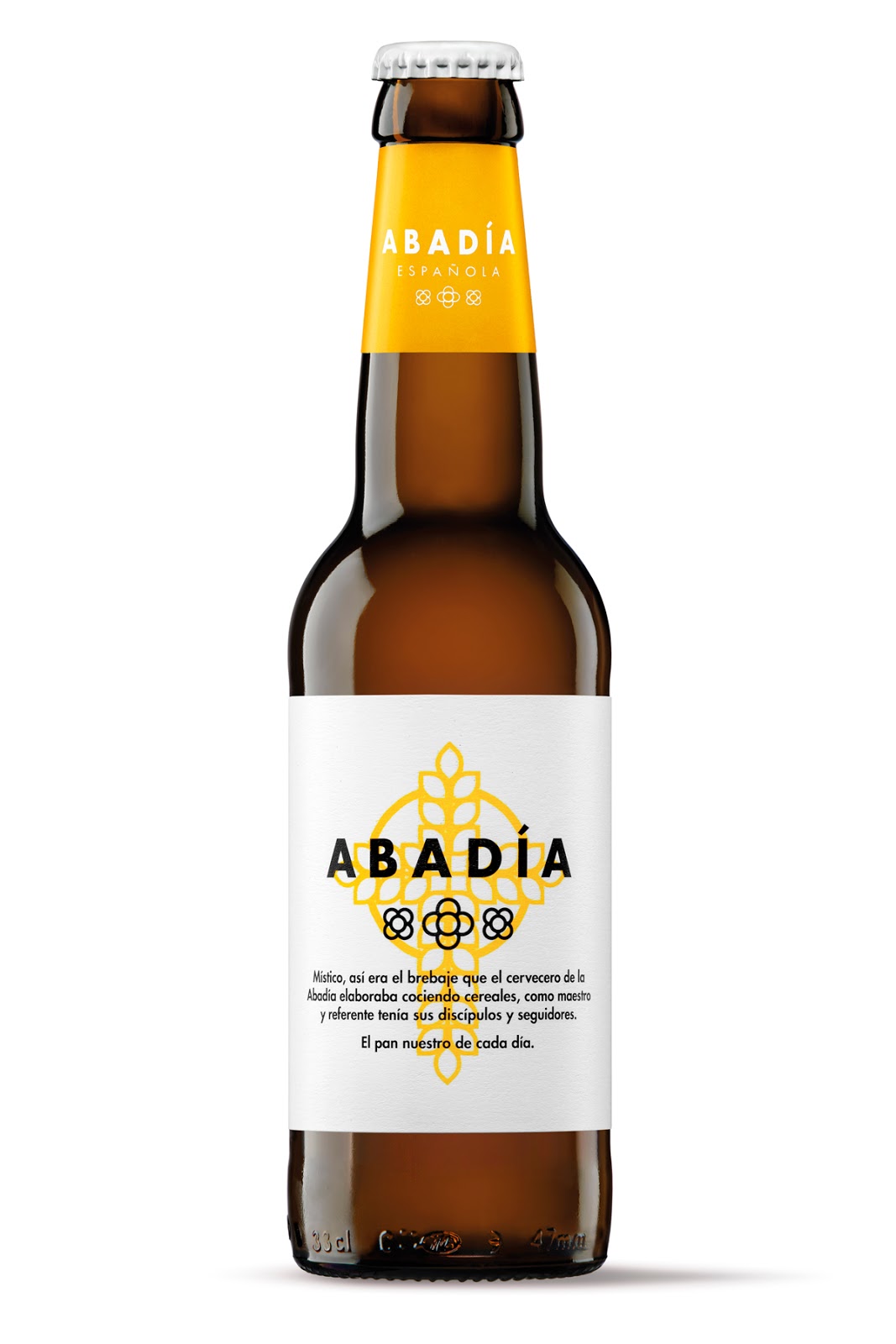 The palette of fluorescent colours chosen glow in the dark as a tender reference to the figure of light which Abbeys were during long centuries of darkness. Its phosphorescence is the perfect way to remain faithful to the origins of Abadía (Abbey), incorporating a provocative claim linked to the origin of the illustrations: Illustrate: illuminate, bring to light, divulge, etymologically: IN: intensity + shine: illuminate, purify and shine at the same time: light, shine.

Fluorescent colours on a white background (pure tone for excellence) which, in addition to balancing the design, enhances the contrast of the fluorescent hues chosen. (Coral orange, yellow, green).

A brief text about the life of the artisan Abbots is superimposed on the aforementioned illustrations as commemorative messages.

A synthesis of period rose window design configures a series of three geometries inspired by these common elements in religious architecture. 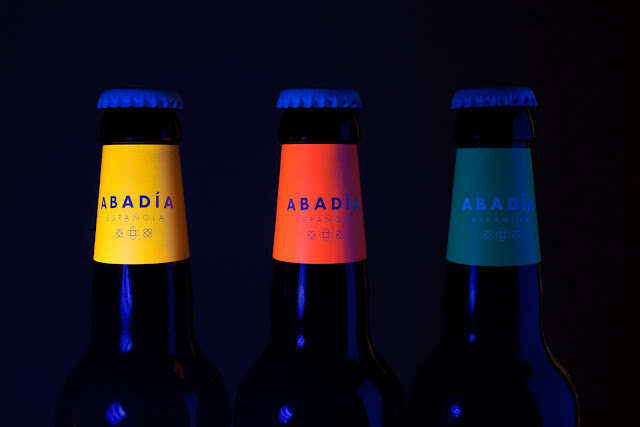 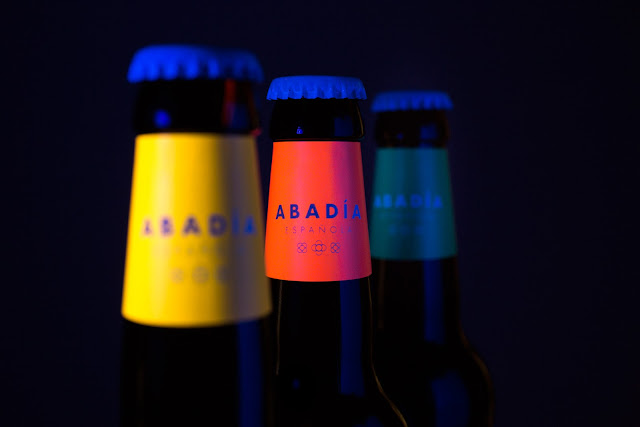 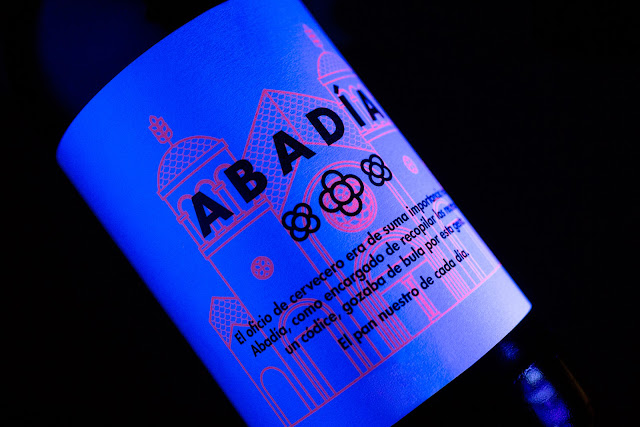 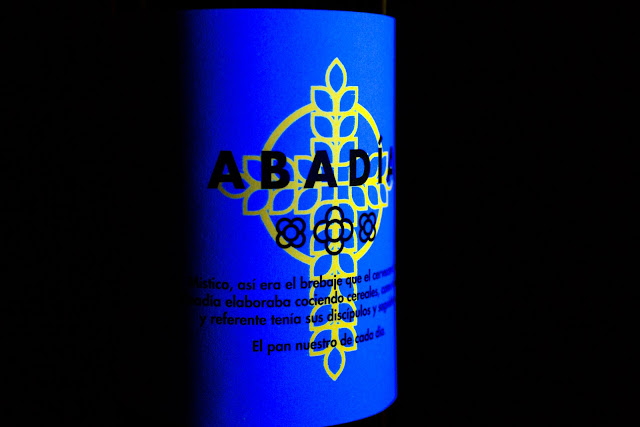 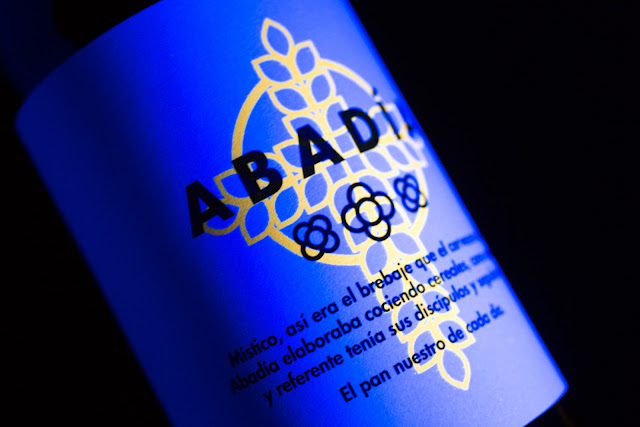 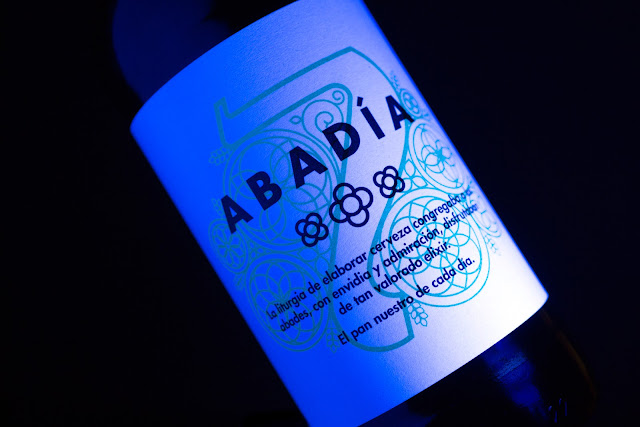