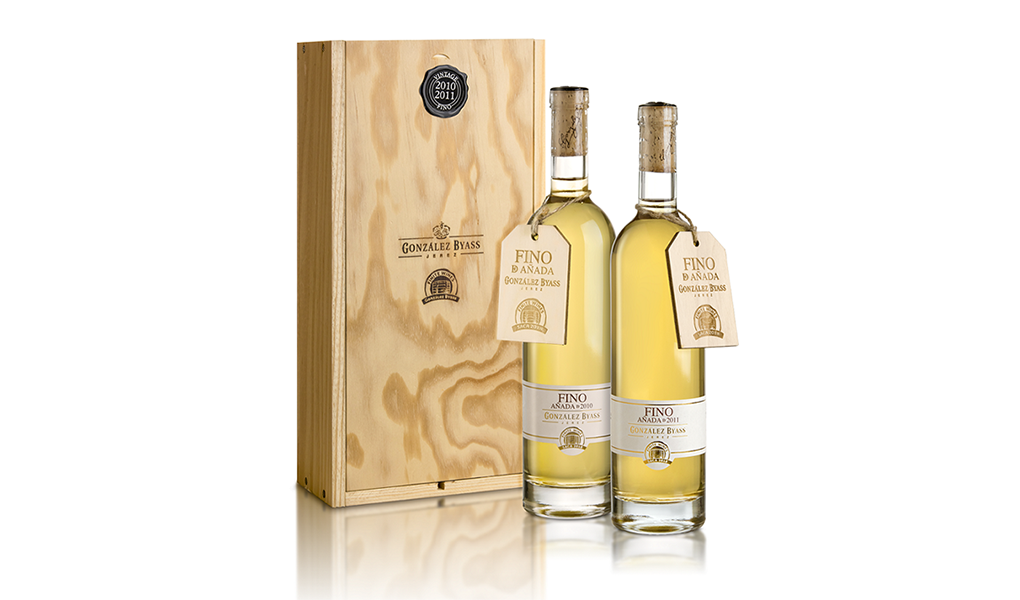 González Byass Fino de Añada 2010 and Fino de Añada 2011, the new “Finite Wines” of the Casa de Tío Pepe from two boots that have remained in static aging for 8 and 7 years, respectively. The climate, the albariza earth and the Palomino Fino, three key elements in the evolution of these unique wines, mark the essence of two enological jewels bottled at the optimum moment, when their style and expression of Fino are maximum.

The harvest and the climate of 2010, a fresh year with a very generous rainfall, and that of 2011, with specific periods of predominance in the east, mild temperatures and a rainfall regime somewhat higher than the historical average, have determined, in part, the personality of the first Fine of Añada by González Byass. Made from the Palomino Fino grapes from Carrascal and Macharnudo Payments, these Finite Wines, impossible to replicate in the future due to their scarcity, have aged for 8 and 7 years in the cellar of La Constancia, under the care and care of Antonio Flores, oenologist and master blender of González Byass.

The result, two unrepeatable Jerez marvels, that share a resounding and vigorous character, but that reflect the particularities of the harvest and the climate of each year. Fino de Añada 2011, “bottled albariza”, is intense and golden in color with olive green reflections. Talc and chalk sensations round out its mouth, spectacular, dry, saline and slightly creamy. On the other hand, Fino de Añada 2010, “sublimated flower”, stands out for a pale gold color, elegant and sharp. In this Fino, expression of the second sherry terroir, the winery, pungent aromas emerge that wrap the nuts of the Palomino Fino and explode in the mouth leaving an exalted, salty and savory finish.

Los Finos de Añada, presented in the first edition of the VI Sherrymaster by Tío Pepe by Josep Pitu Roca, sommelier of El Celler de Can Roca, are a new example of this winery’s commitment to recover and restore the Jerez winemaking legacy to today. , a work in which the work of the CIDIMA research center (Quality, Research, Development, Innovation and Environment) is decisive. It is another example of innovation looking to the past and one more step in the expansion of #SherryRevolution, the global movement created by González Byass that has led Jerez to live a new golden age worldwide.