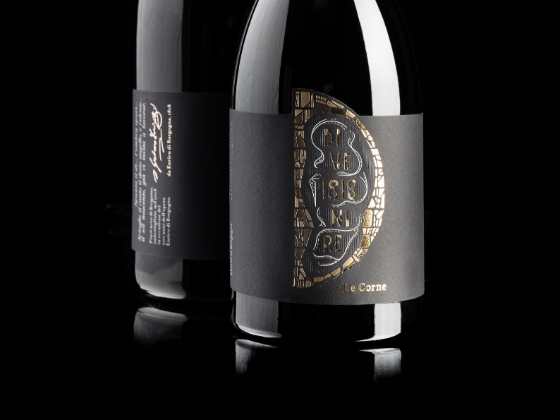 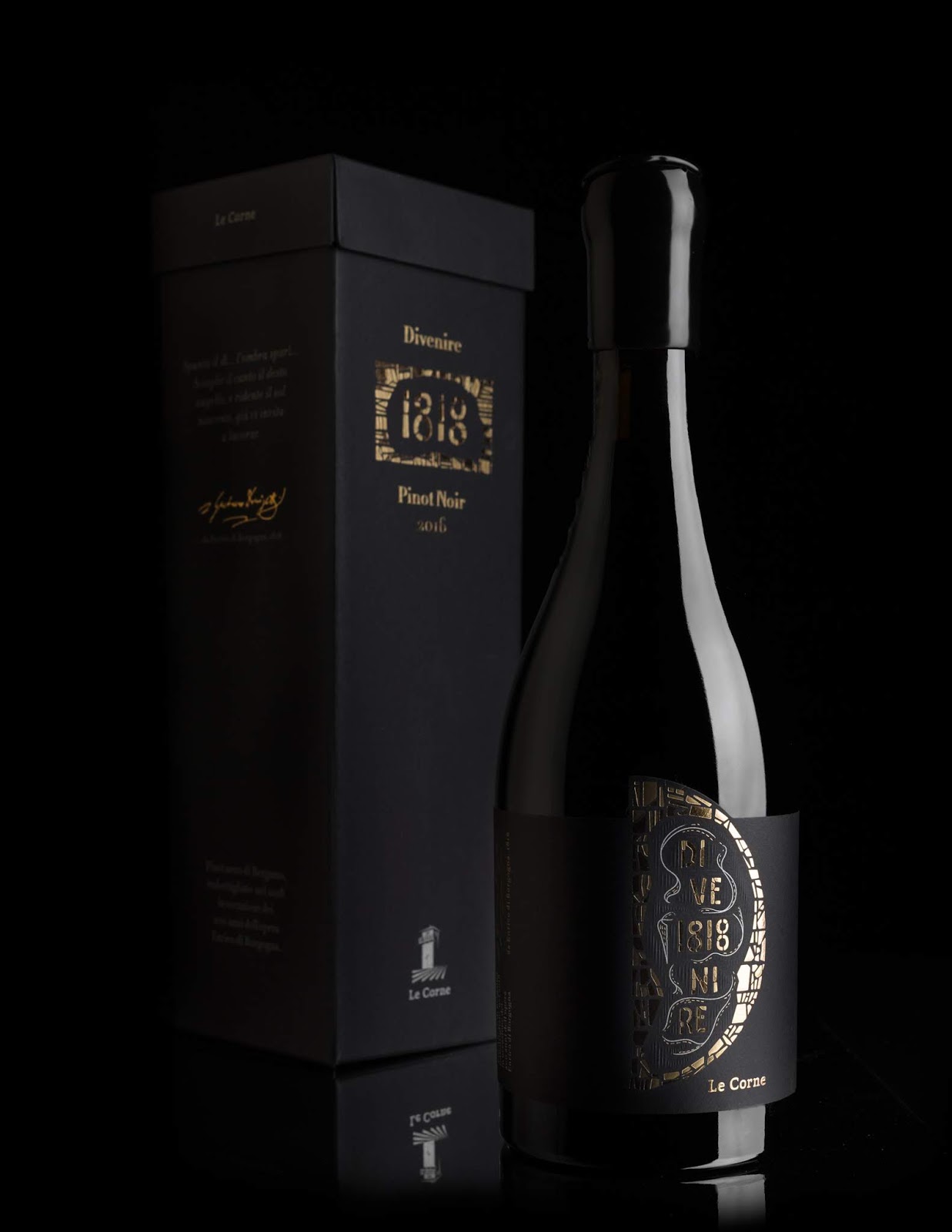 Music is like wine: in “Divenire” (continuos changing). Only time can give meaning to a succession of notes.

To celebrate Donizetti – renowned composer from Bergamo – the company Le Corne decided to dedicate this special limited edition Pinot Noir to him. Designs for Divenire bottles retrace, 200 years later, the life of Gaetano Donizetti. The 2018 edition is inspired by the sign of a theater that still exists – the Carlo Goldoni Theater in Venice – where the composer staged, in 1818, the premiere of the opera “Enrico di Borgona”.

The “Carlo Goldoni” Theater of Venice corresponds to the ancient Teatro Vendramin, also called Teatro di San Salvador or Teatro di San Luca. It was inaugurated in 1622 and is the oldest theater in Venice still existing. On November 14, 1818, the world premiere of Enrico di Borgogna by Gaetano Donizetti, while on December 17th 1818 the world premiere of Una follia, also by Donizetti, took place. 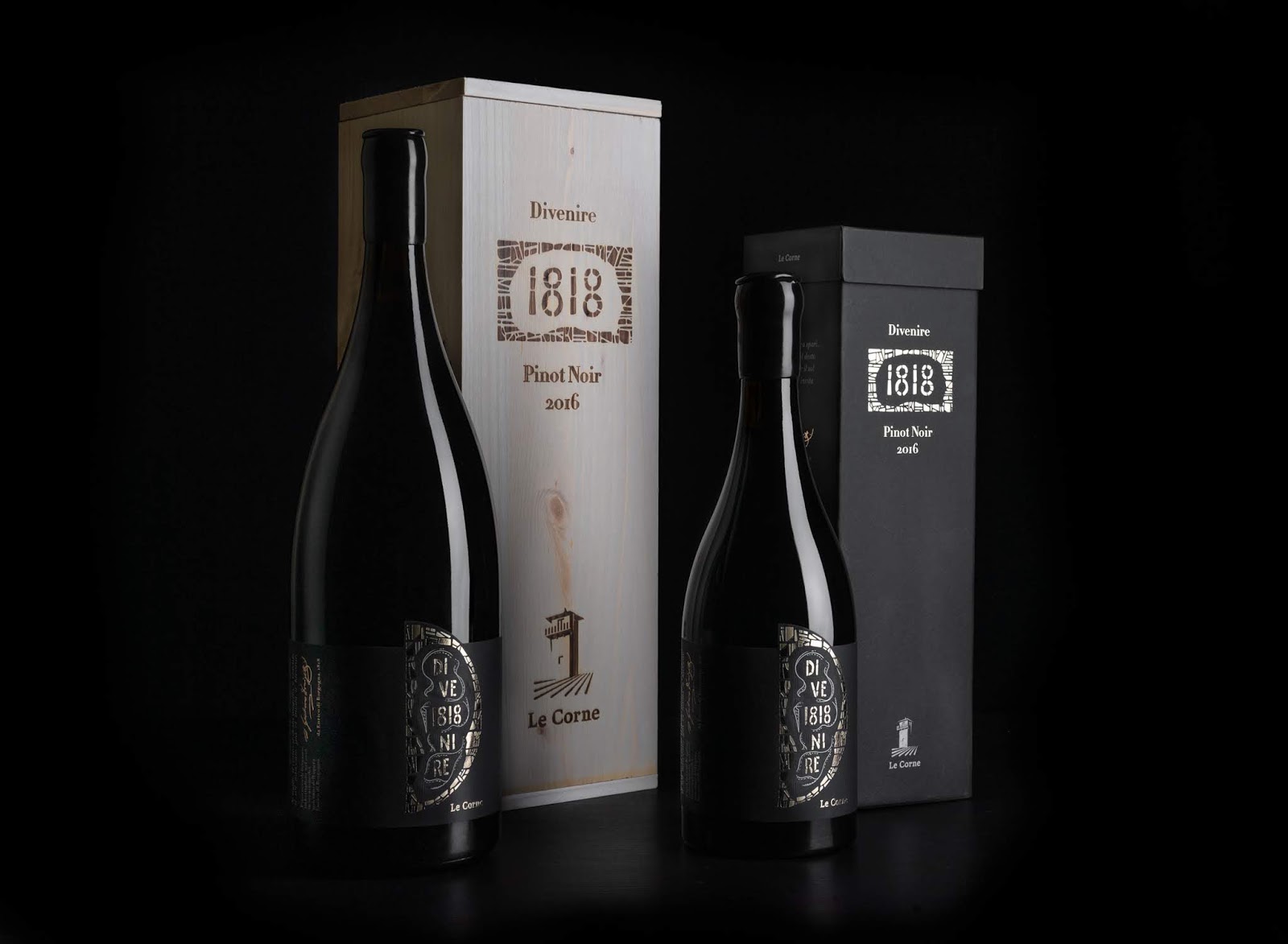 What’s Unique?
The two golden hotfoils, one shiny and one opaque, create a special aged effect that adds mystery and emotion to the label. 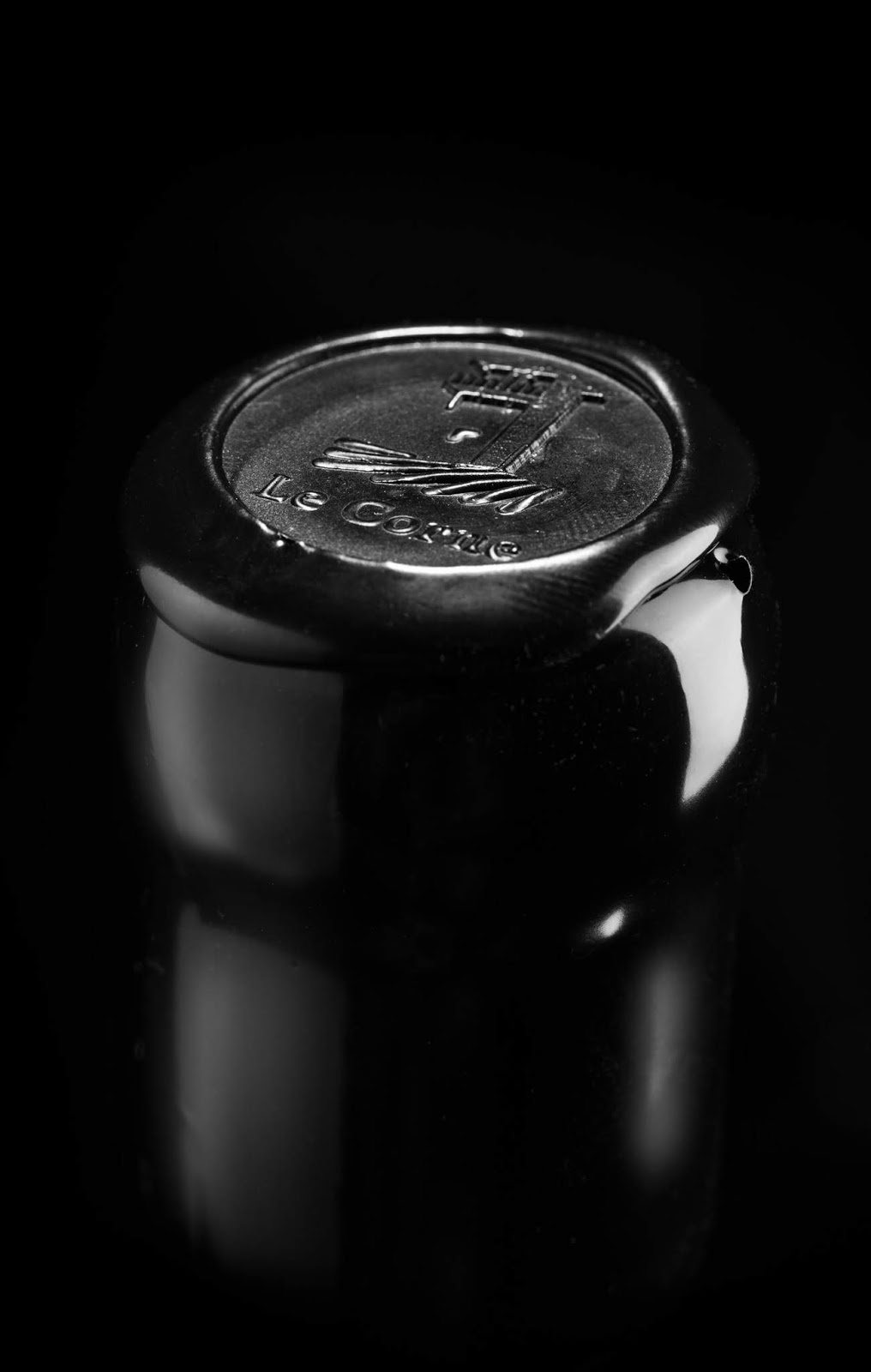 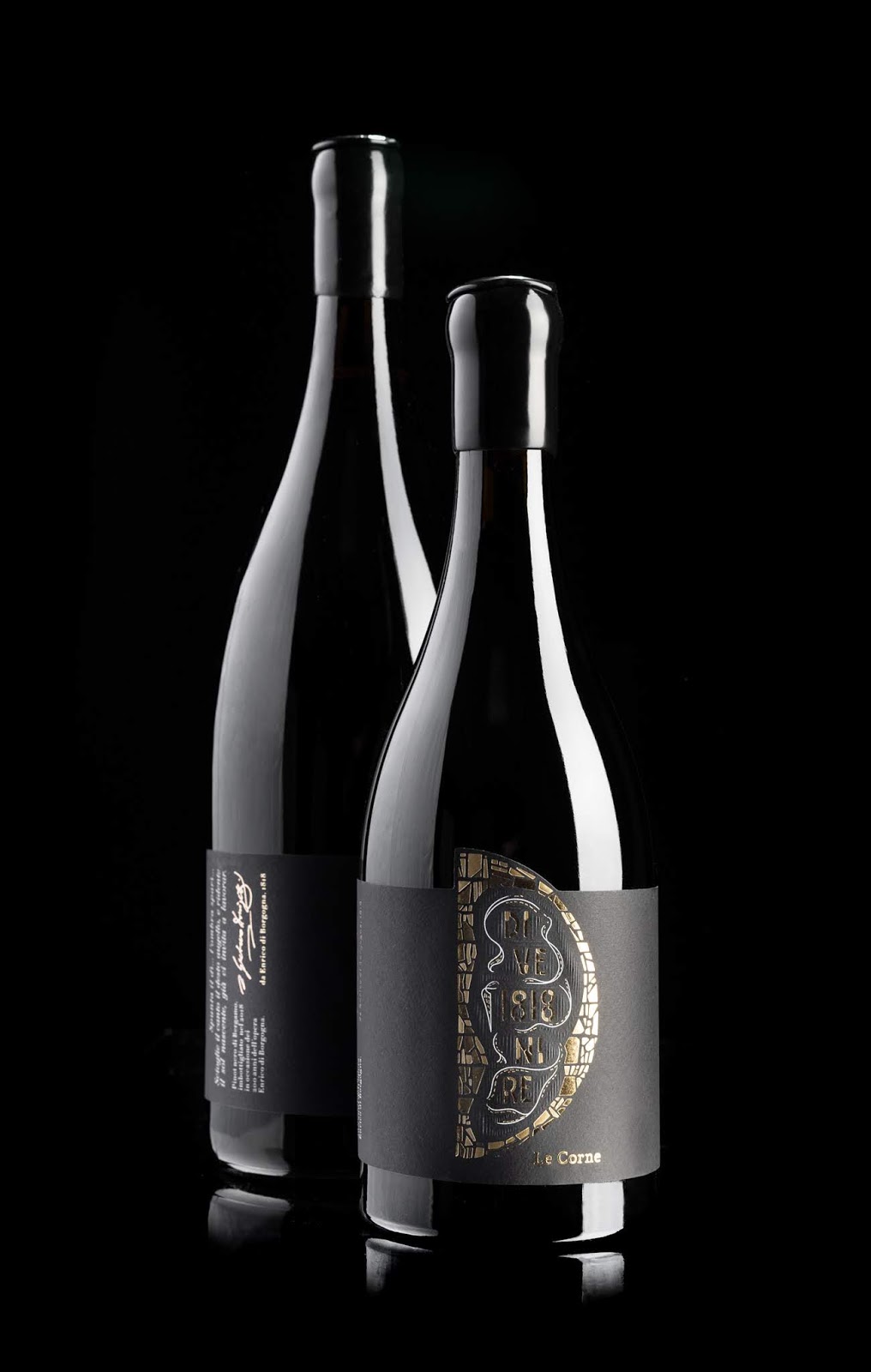 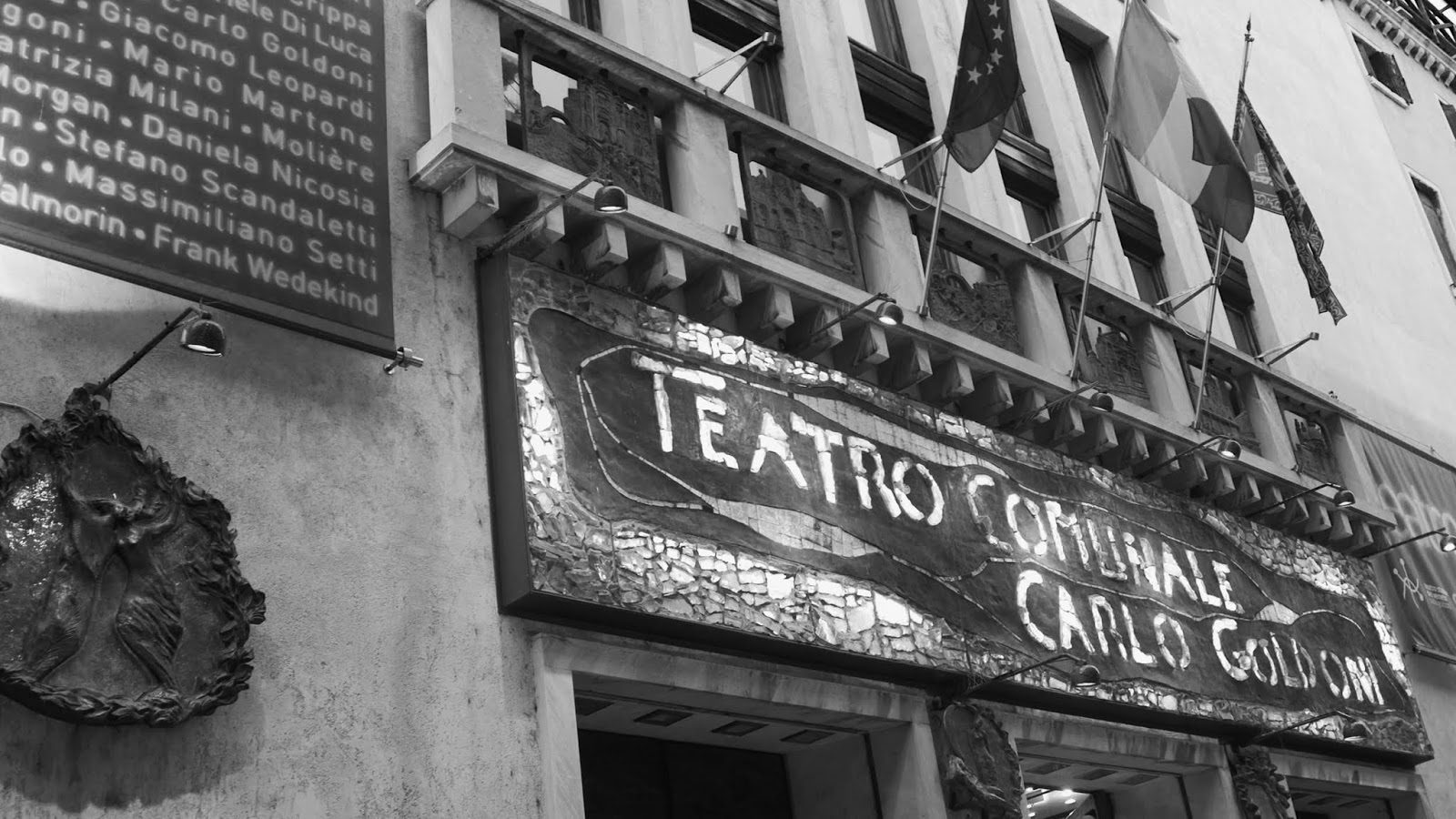 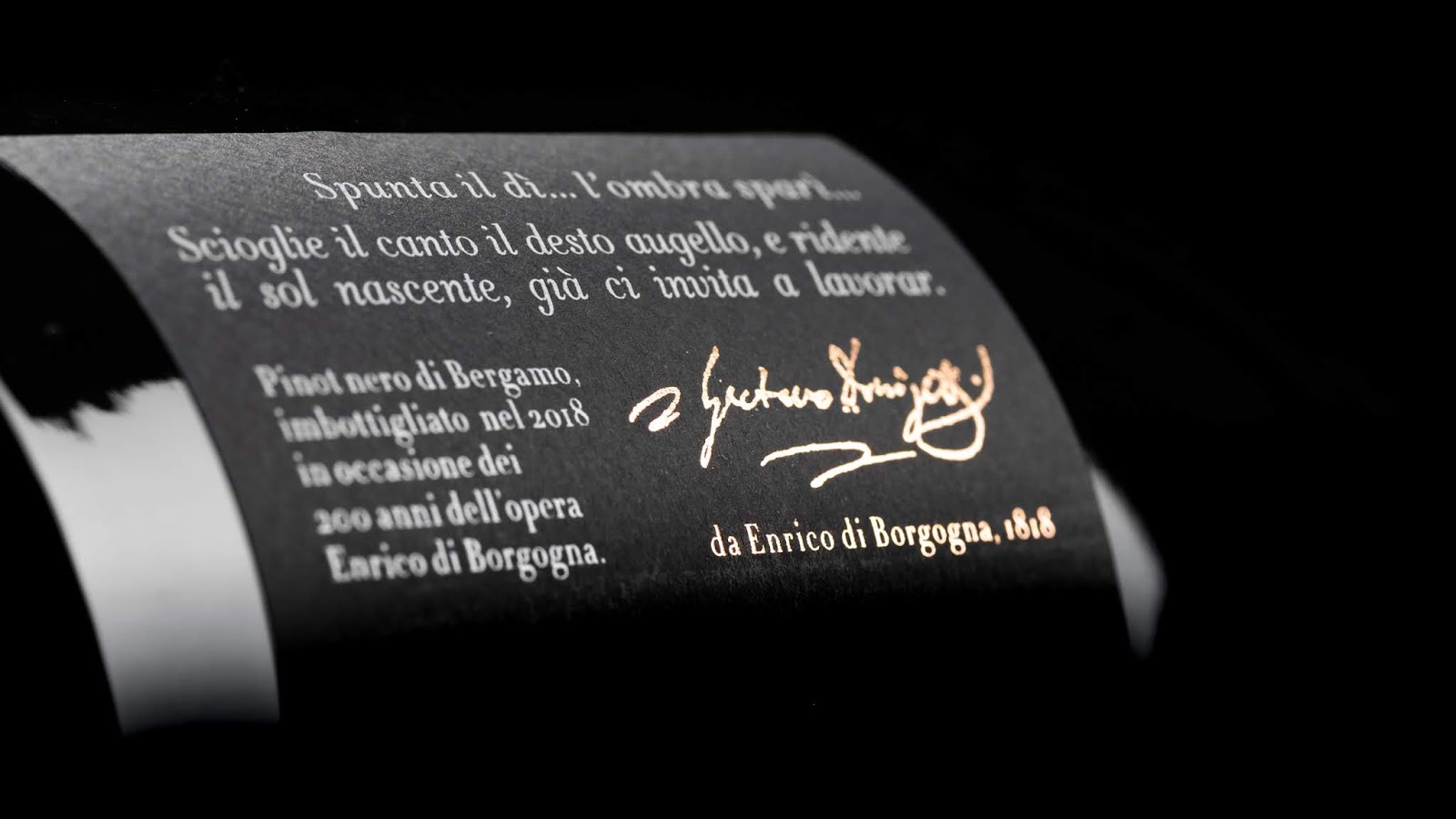