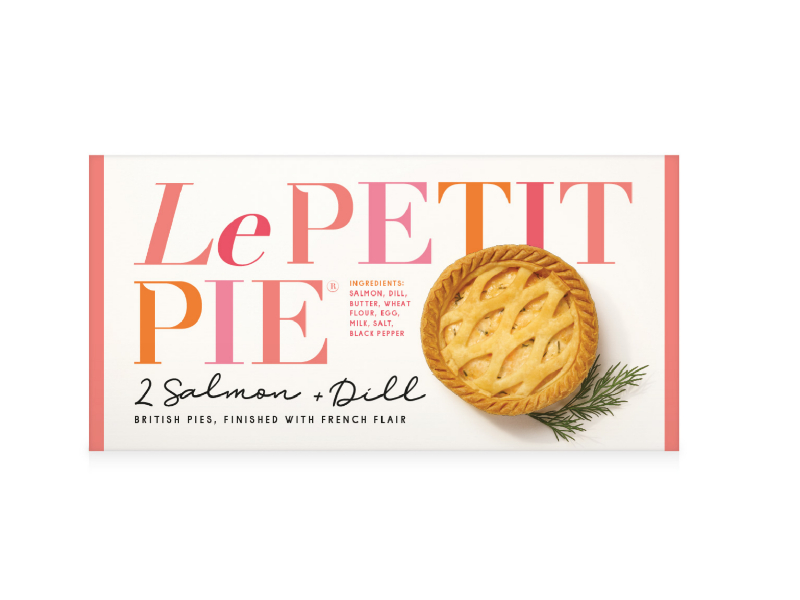 Originally ‘The Harry Pie Store’, Le Petit Pie was started by Claude Harry, a former chef in Michelin-starred restaurants in France and his wife Jenny. Made by hand in their kitchen in South-west London, the delicious pies and melt-in-your-mouth pastry gained The Harry Pie Store a loyal following and a listing with Waitrose in 2011.

Although the brand was having some success, the packaging was lacking any impact and not communicating the brand’s true artisan quality. Loved by those who knew it, but missed in the freezer by those who didn’t, the brief was to increase engagement with consumers and to gain listings with premium food retail outlets.

But how do you bring a little bit of premium, expertise and homemade French cooking to the freezer?

Le Petit Pie was born. A bold decision was taken to drop ‘The Harry Pie Store’, which didn’t offer any differentiation in the pie and ready meal category dominated by male names. The new Anglo-French naming also perfectly communicates the product proposition. Each small yet perfectly formed pie is made with only the finest of British ingredients and is finished with the most delicate, buttery and flaky French pastry. British pies, finished with French flair.We introduced a colourful and impactful logo that goes across the entire front face of the packaging, creating real stand out in the freezer. The logo, reminiscent of high-end fashion magazines, elevates the brand to it’s true premium and drives desirability.

Topped off with beautifully photographed pies, the pack shows the golden pastry in all its glory (not a window to the frozen pie as was had previously) accompanied by a reassuringly short ingredients list, proudly demonstrating the naturalness of the product.

If your mouth is watering for delicious British ingredients and flaky French pastry, head to www.lepetitpie.co.uk for more. 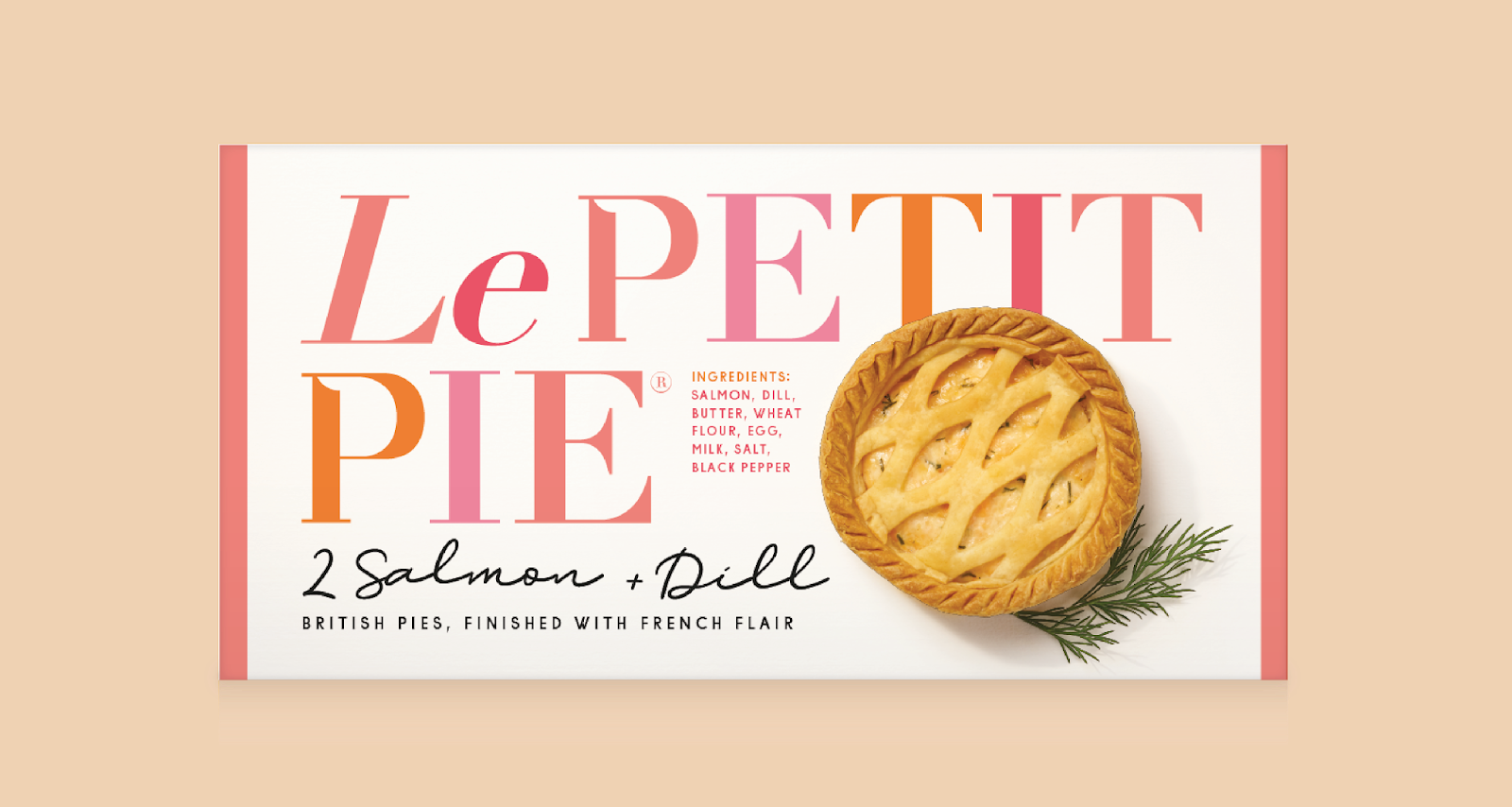 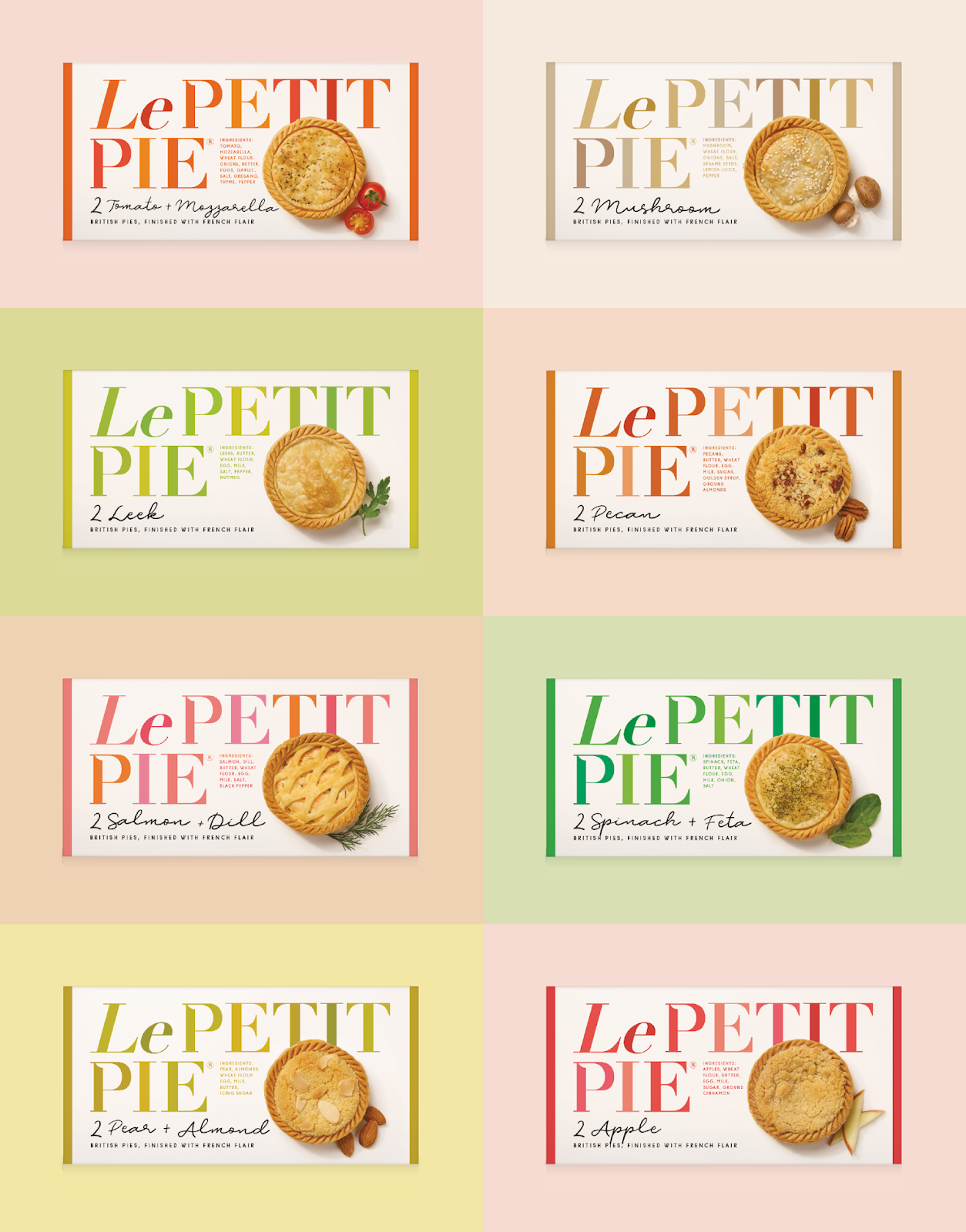