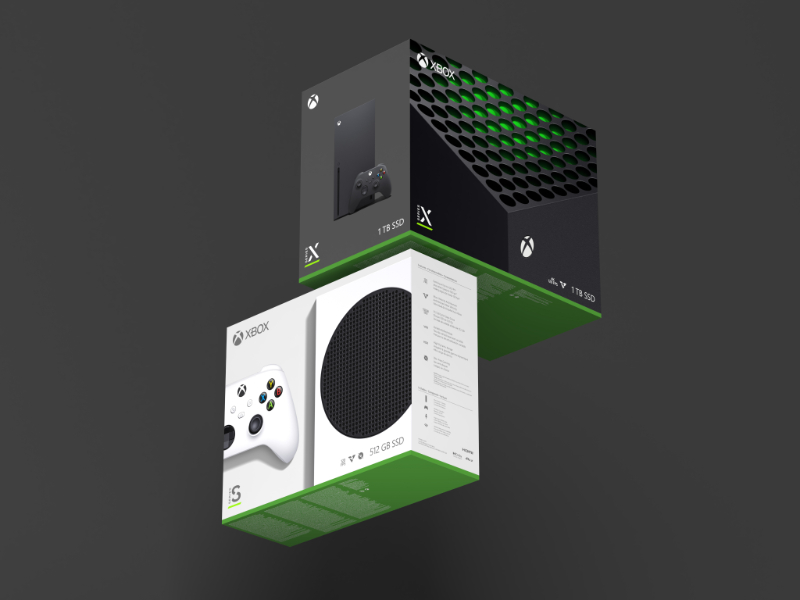 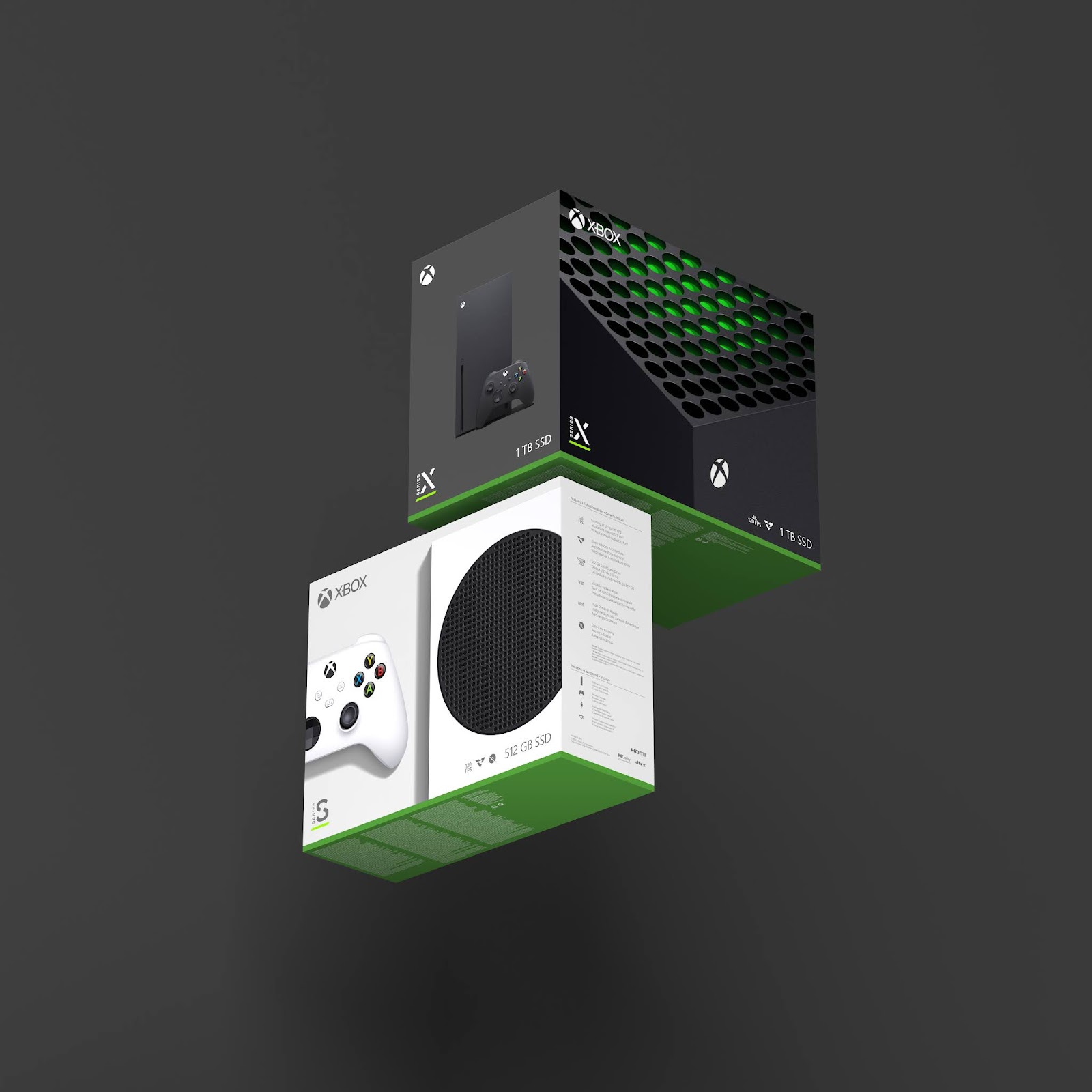 The Xbox Series X and S launch—two video game consoles launched simultaneously—required mind-blowing packaging to kick off a new generation of gaming. Thinking around packaging has evolved, especially as the Xbox audience broadens: it needs to be accessible, environmentally friendly, premium, and pay off the culmination of the brand promise. When someone opens an Xbox Series X box, they want to feel like they’ve made a great choice—because they have.

Additionally, Xbox took the new console launches as an opportunity to refresh their brand. These two intertwined objectives gave Ten Gun Design the chance to truly shine in our packaging design for Xbox Series X and S. Working with our clients at Xbox, we contributed to one of the most accessible, most eco-conscious, and beautiful designs we’ve ever done.

The Xbox Series X is our clients’ flagship console and needed to be treated like the premium product it is. The “cake box” design of the packaging reinforces upon opening the box that you’re touching something lux: it feels like you’re opening a treasure chest. The console itself is wrapped in a band that reads “Power Your Dreams,” reinforcing the marketing messages that drove the entire launch campaign. 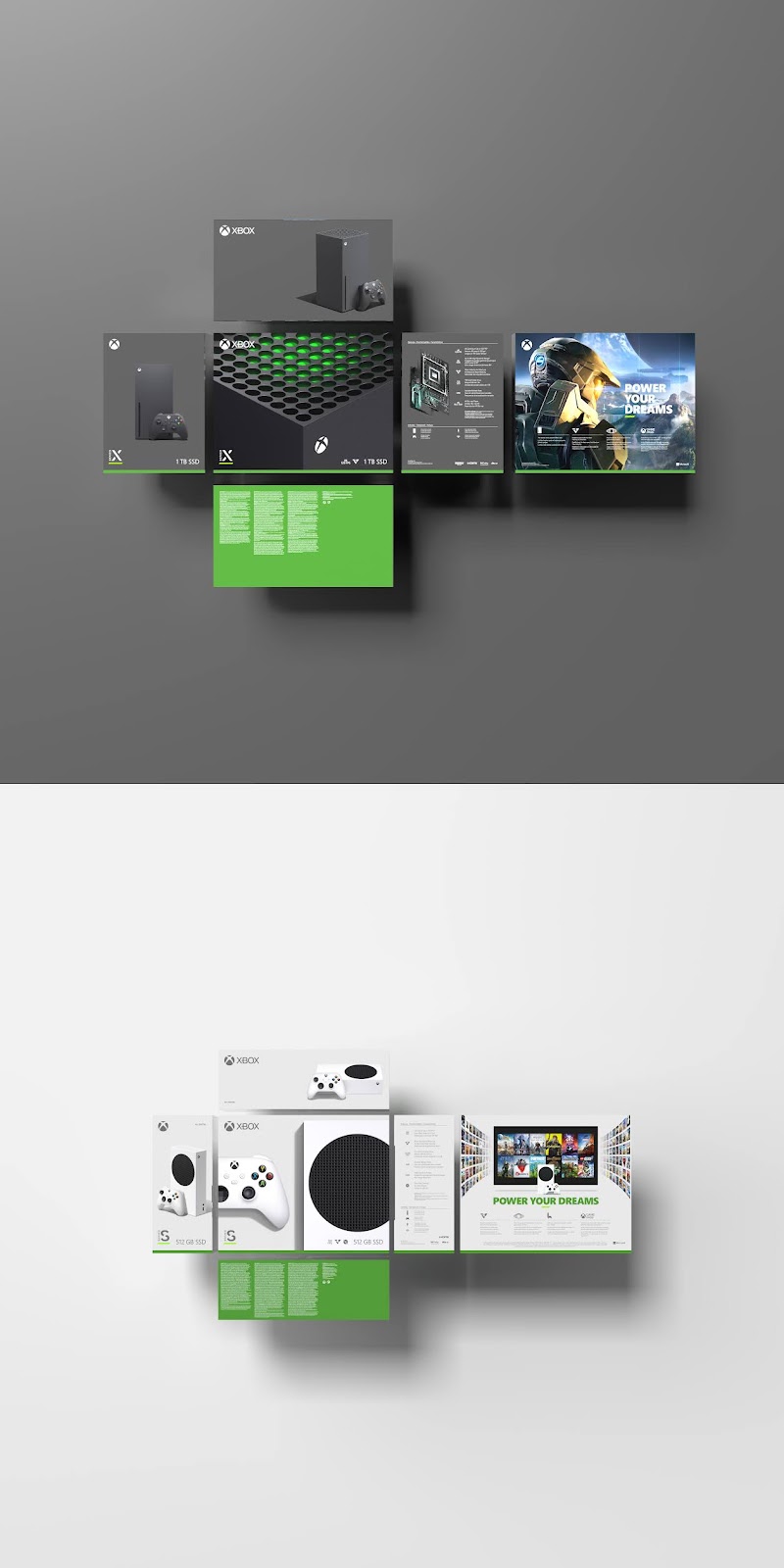 The outside of the box employs close-up views of the console, a first for Xbox and gaming, where traditional wisdom is that you need to show the entire product on the outside of the box. Extensive customer research showed that people buying technology in retail spaces, where one would first encounter packaging, have already done their own research and know what they want to get. Therefore, rather than focus on “attract and educate,” Ten Gun’s designs for the packaging exterior shifted to reinforcing the premium feel of the console experience—that everything leading up to unboxing is the payoff to the brand promise, including all the research the customer has done.

Xbox also raised its game with its commitment to accessibility. The brand made waves with its Xbox Adaptive Controller, which allows people with disabilities to play games using their own tailored input devices. The Xbox Series X and S packaging was another opportunity to pay off this commitment to accessibility. The tape was designed to be opened quickly without a knife or razor, the console itself simply lifts out of its “bed,” and cords are wrapped with easy-to-remove paper rather than wire twists. Unboxing videos by gamers with disabilities show how much of a difference this makes: Xbox delivered once again on the idea of “gaming for everyone.” 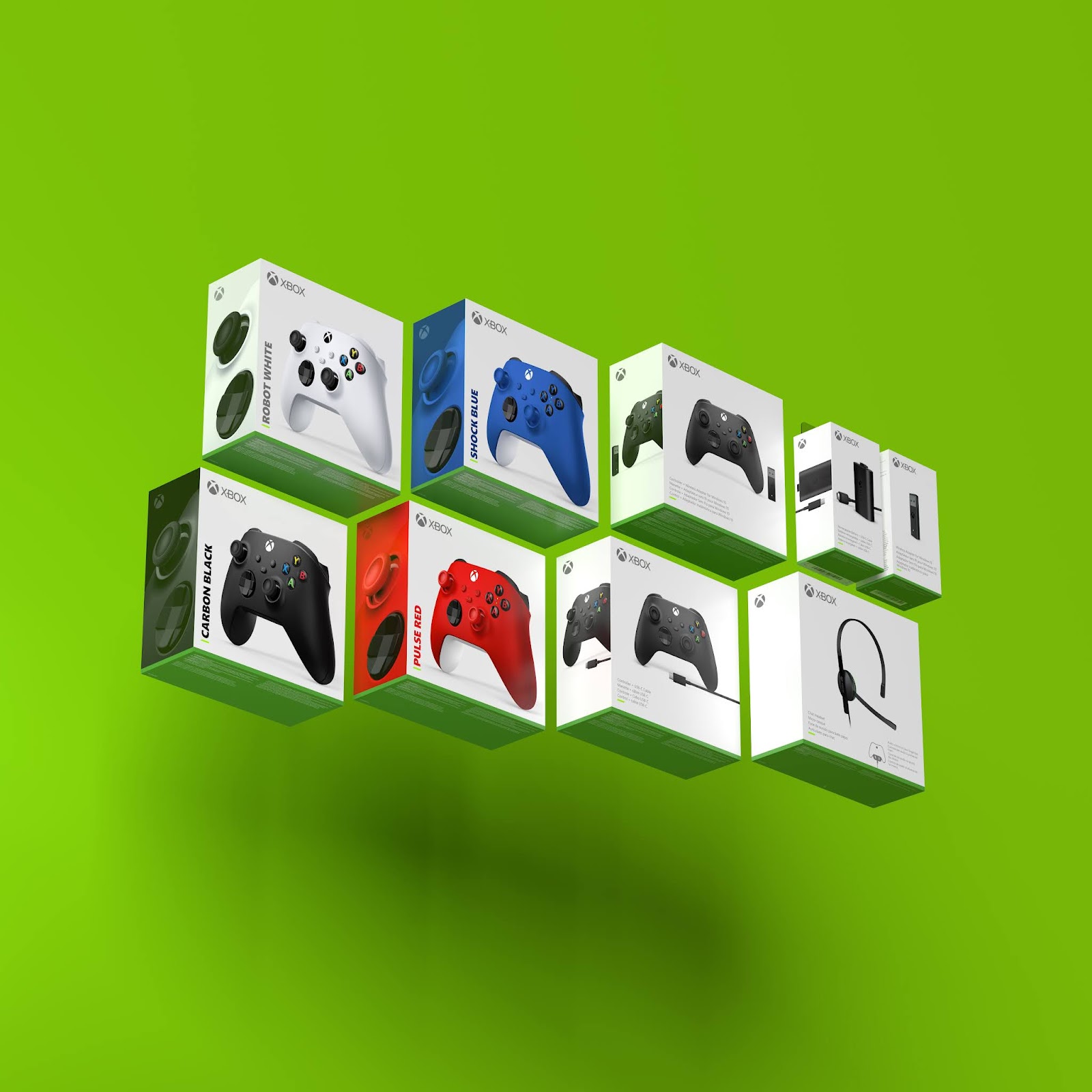 Ten Gun’s work did not stop with the consoles. Xbox has an entire ecosystem of accessories including controllers and headsets that Ten Gun worked on from the strategic to the tactical level. The result is a collection of packaging that families together perfectly, each an extension of the Xbox brand, and each intended to sit next to other packages on a collector’s shelf.

All told, the Xbox Series X and S packaging takes gaming (and tech) in a bold new direction. With a strategy heavily based on researched buying habits of customers, it represents the brand’s commitment to gaming for all, its drive to do better ecologically, and its redesign as a premium entertainment brand. 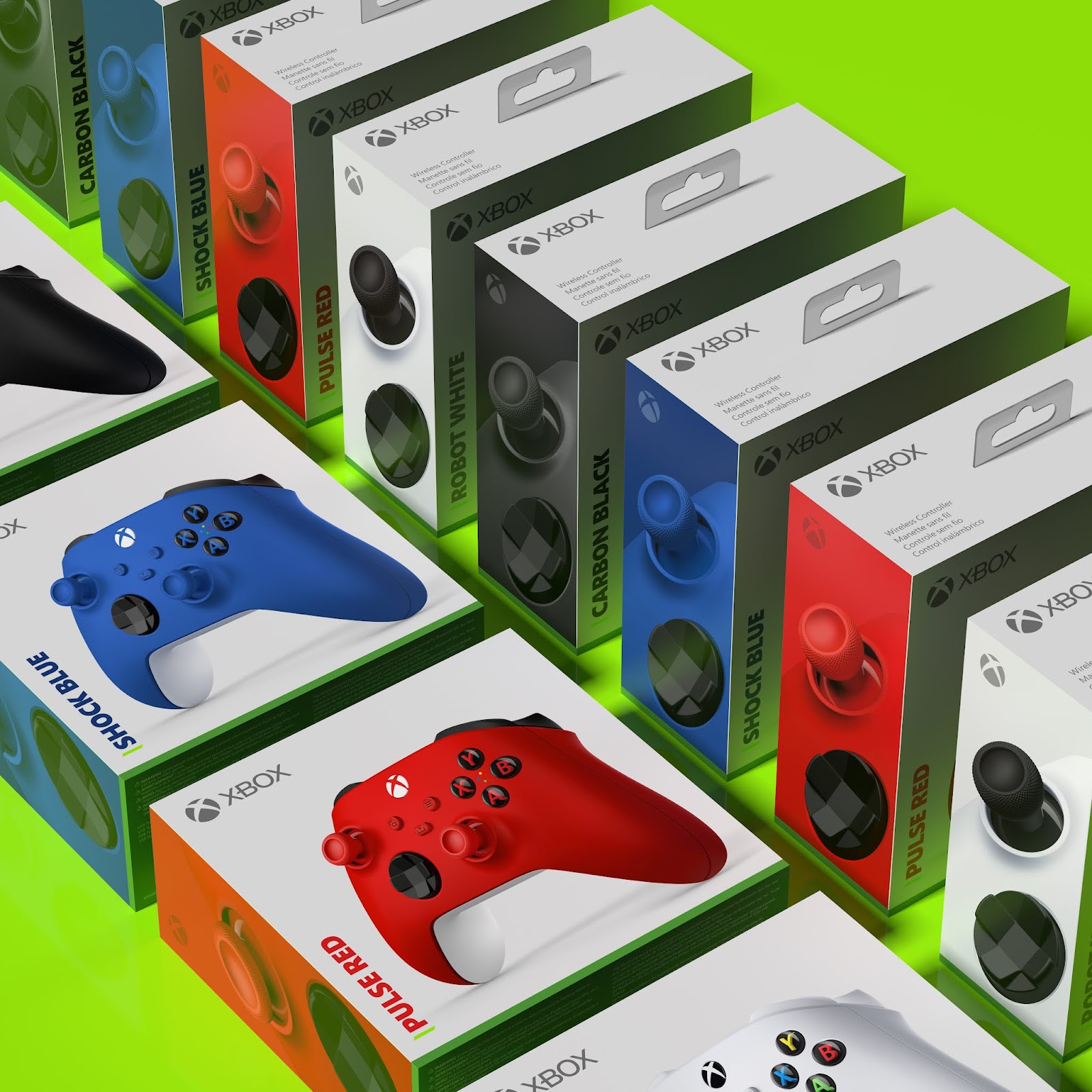 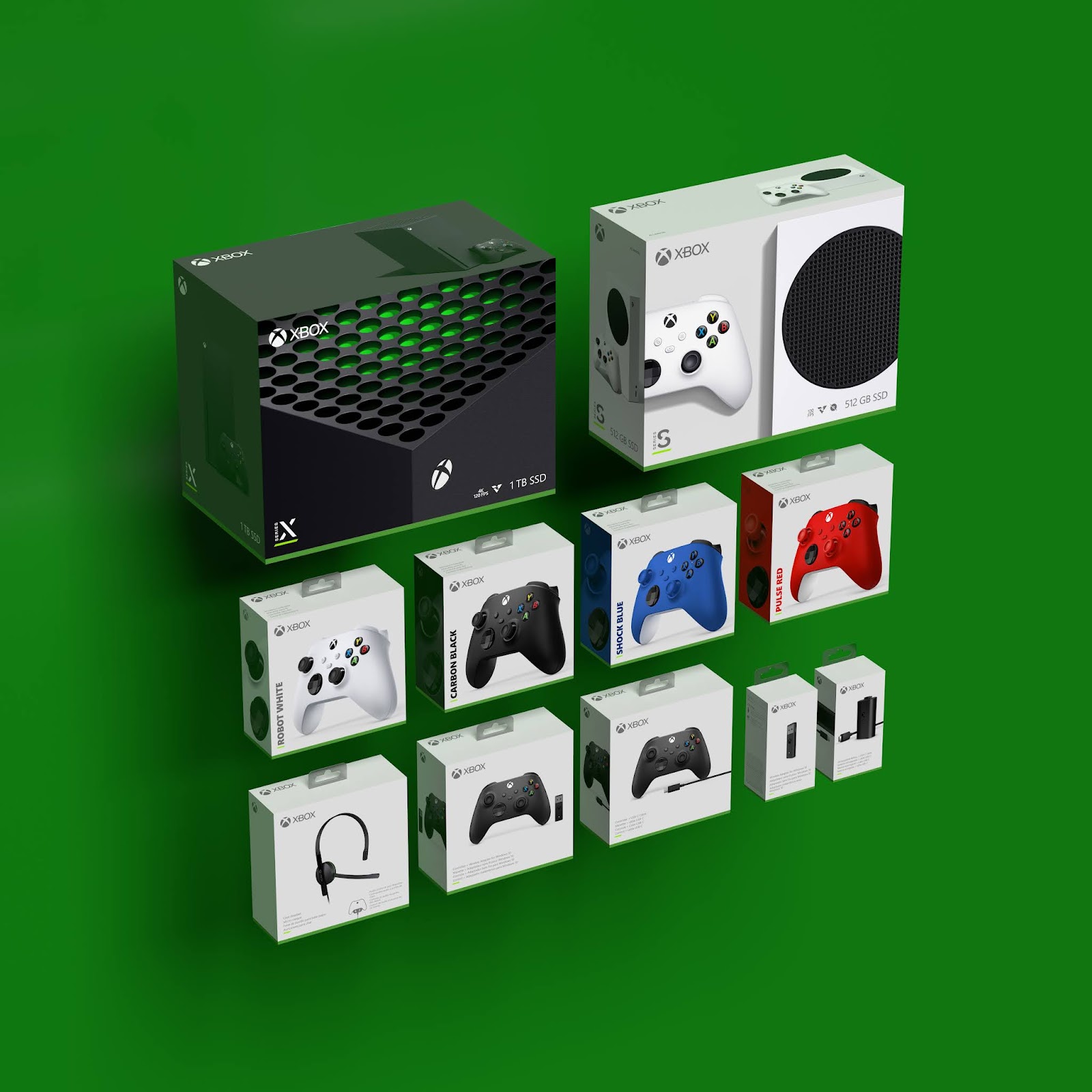 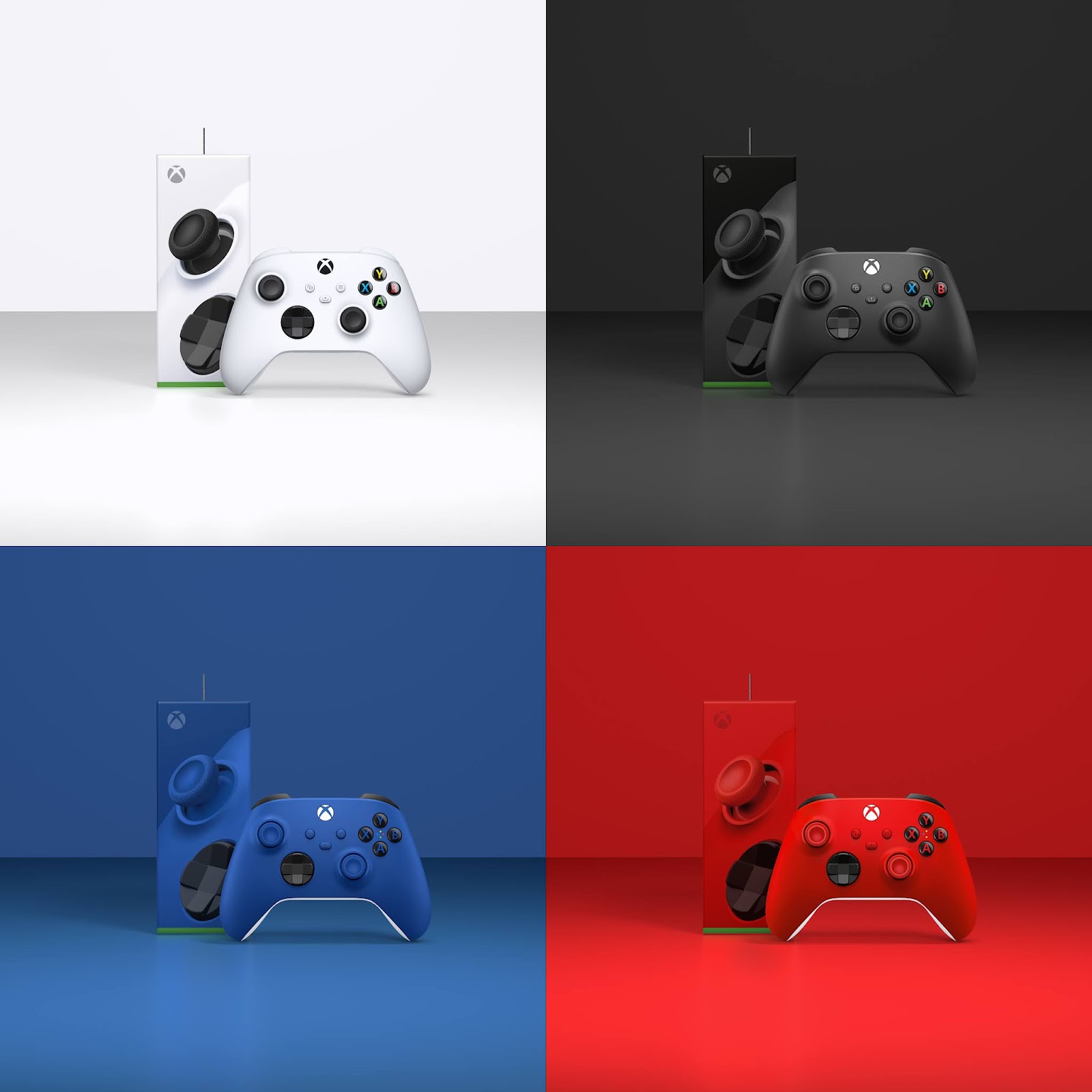 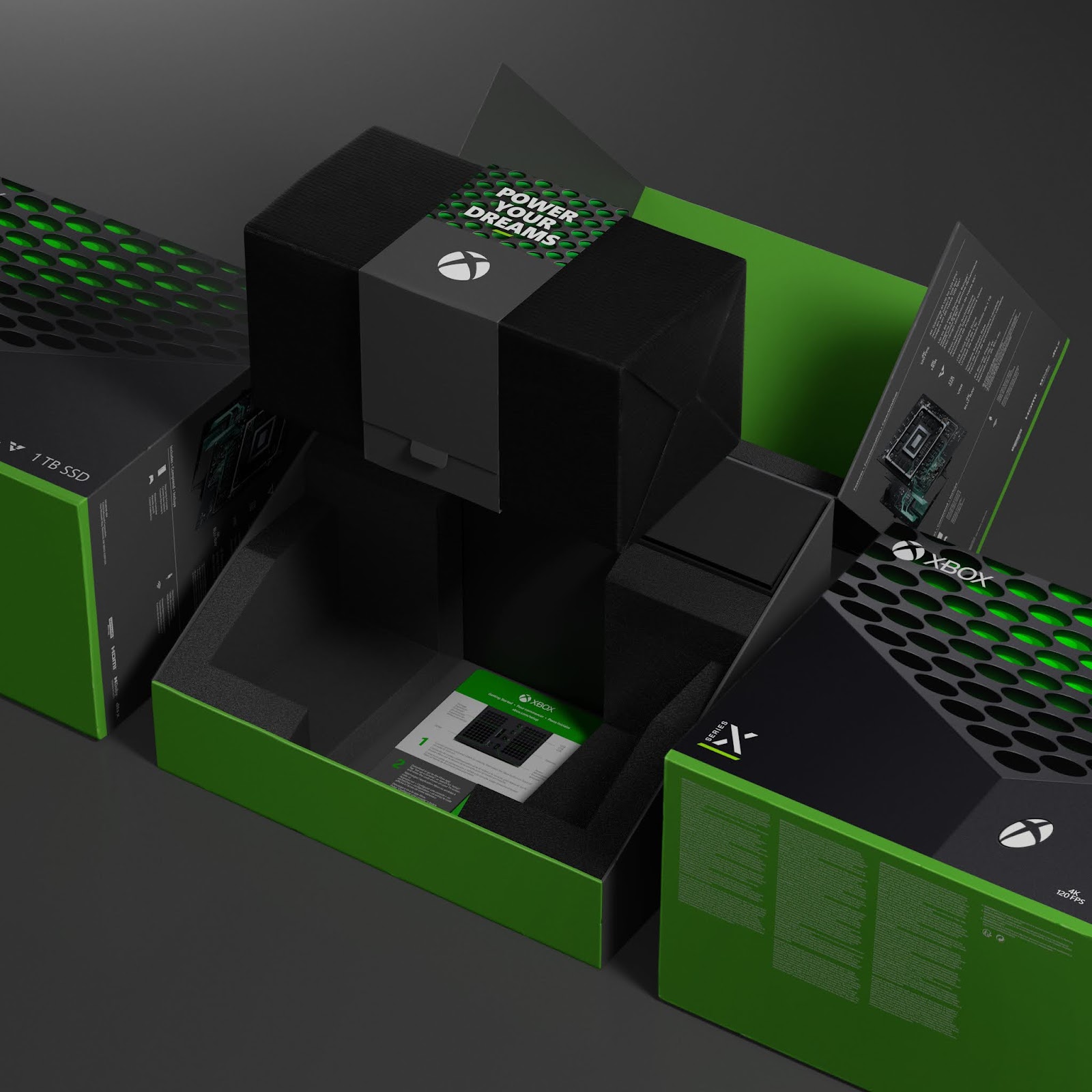 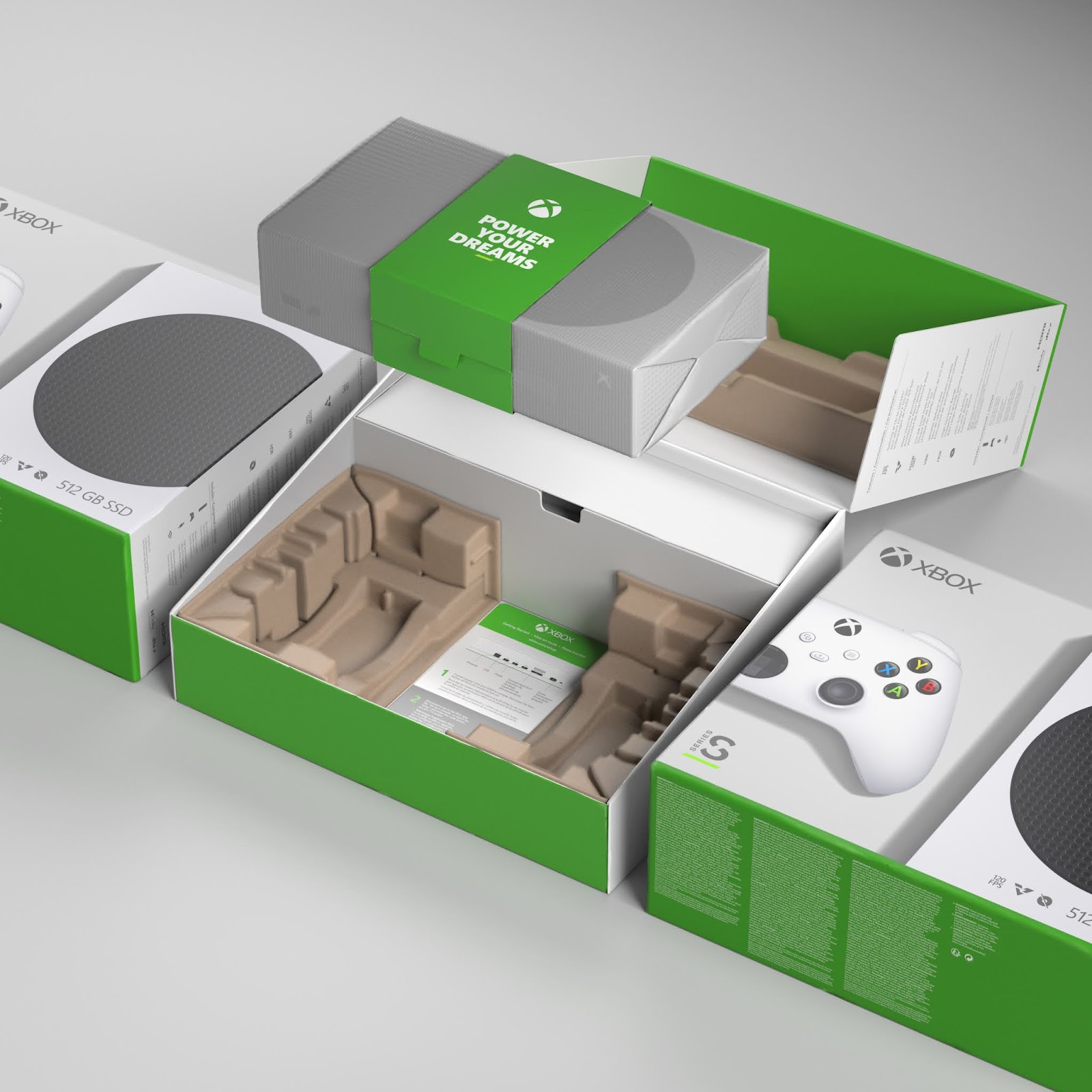 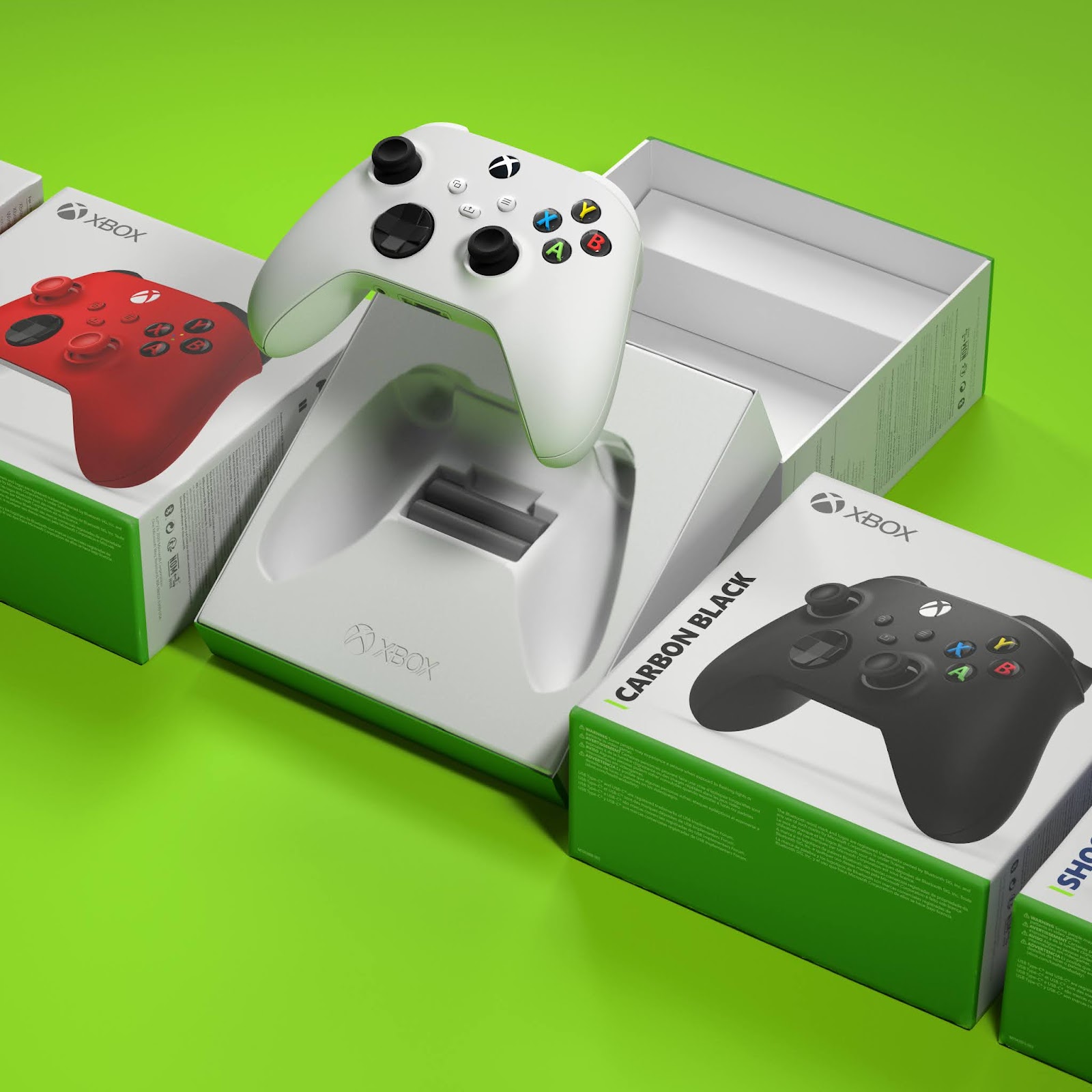 More awesome projects you should not miss.