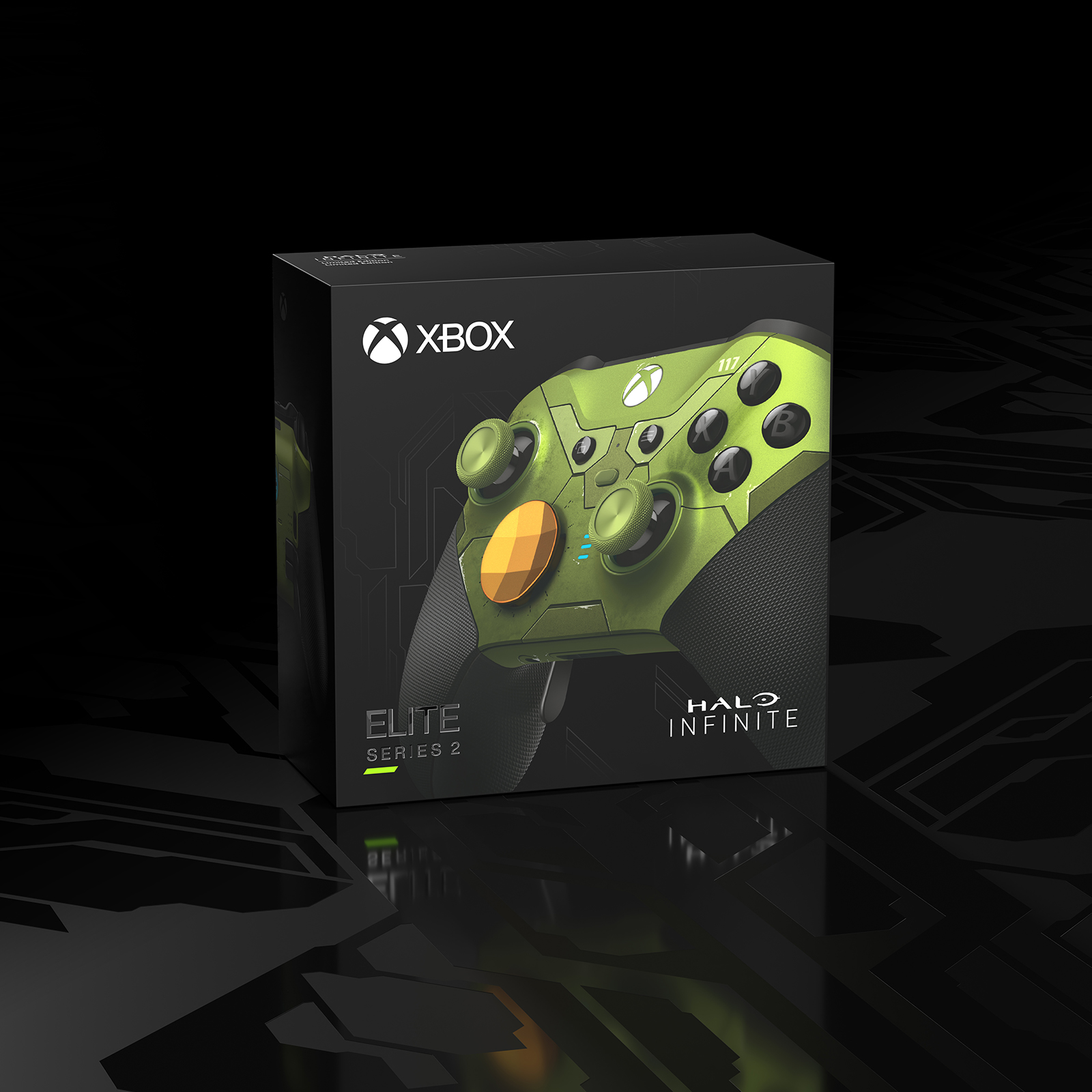 The cinematic trailer for Halo Infinite, released over two years before the game itself would be, starts mysteriously.

In it, we’re dropped into a chaotic story already in progress, built with familiar pieces but assembled in unfamiliar ways. We’re forced to connect the available dots that would later be explored in Halo Infinite—the secrets of slipstream space, the return of the mysterious Forerunners, our relationship with tech and AI…

Until finally, we see Master Chief. Not in the way that we expected, but still possessing the infinite potential the Spartan soldier has held for 20 of our Earth years—just waiting to be unleashed again.

Now, what if the packaging for an Xbox Elite controller could tell the same story?

To celebrate the release of Halo Infinite, our Xbox client designed and produced the Limited Edition Halo Infinite Xbox Elite Wireless Controller. With its inspiration immediately evident, the controller is intended to put Master Chief himself in the hands of gamers, more literally than the 20-year-old franchise has ever done before.

Like the Halo Infinite trailer, the design of the controller doesn’t exactly depict Master Chief in splendid and unblemished glory. Instead, you’ll see chipped paint, burn marks, and more imperfections that represent a character who has fought for a long time—and is ready to fight again.

So, when tasked with building the packaging experience around the limited edition controller, the story was already there for us to tell.

The packaging for the Limited Edition Halo Infinite Xbox Elite Wireless Controller was a rare opportunity that allowed us to shift our focus. Rather than directing our efforts entirely toward the box’s external design, while maintaining the design systems and legal requirements established for previous Elite controllers, we were free to design the packaging interior as well.

And this interior, with its creative narrative potential in uncovering layers and unveiling secrets, was the perfect place for us to tell our version of the Halo Infinite story.

Xbox provided our team with a wealth of source material, from UNSC logos to Covenant designs to every Halo reference in between. But it was a suite of assets without a specific creative direction and, as a result, our client came to the concepting stage expecting “Master Chief in a heroic pose” as our core idea for the experience.

Instead, we focused on building a narrative direction before the packaging concept. That’s the benefit of having a team that not only understands the product inside and out, but the story too.

That story begins once you pull off the exterior box, which we differentiated from the classic Elite controller template with a unique render angle and added celebratory branding elements.

Inside, you’re teleported through slipstream space, represented with unique foil treatments printed on the first layer of internals, to begin your epic journey. The eerie shimmering resembles the uncertain atmosphere of the trailer, and the mystery continues as you open further and find the design of the Cortana AI chip, the shape of the Halo Array, and the otherworldly pattern of Forerunner paneling.

Finally, after sifting through the subtle mystique, you see Master Chief. Battle-worn, but ready to deploy again. The perfect weapon for your journey into Halo Infinite.

As even the team who worked on the project would come to find out, getting your hands on the Limited Edition Halo Infinite Xbox Elite Wireless Controller was, and still is, extremely difficult.

But for our us, it represented something bigger than product packaging. It was an opportunity to add to a world we love.

We didn’t just recycle marketing assets that were given to us. Instead, we took the opportunity to make the universe of Halo just a little bit bigger for its millions of fans. 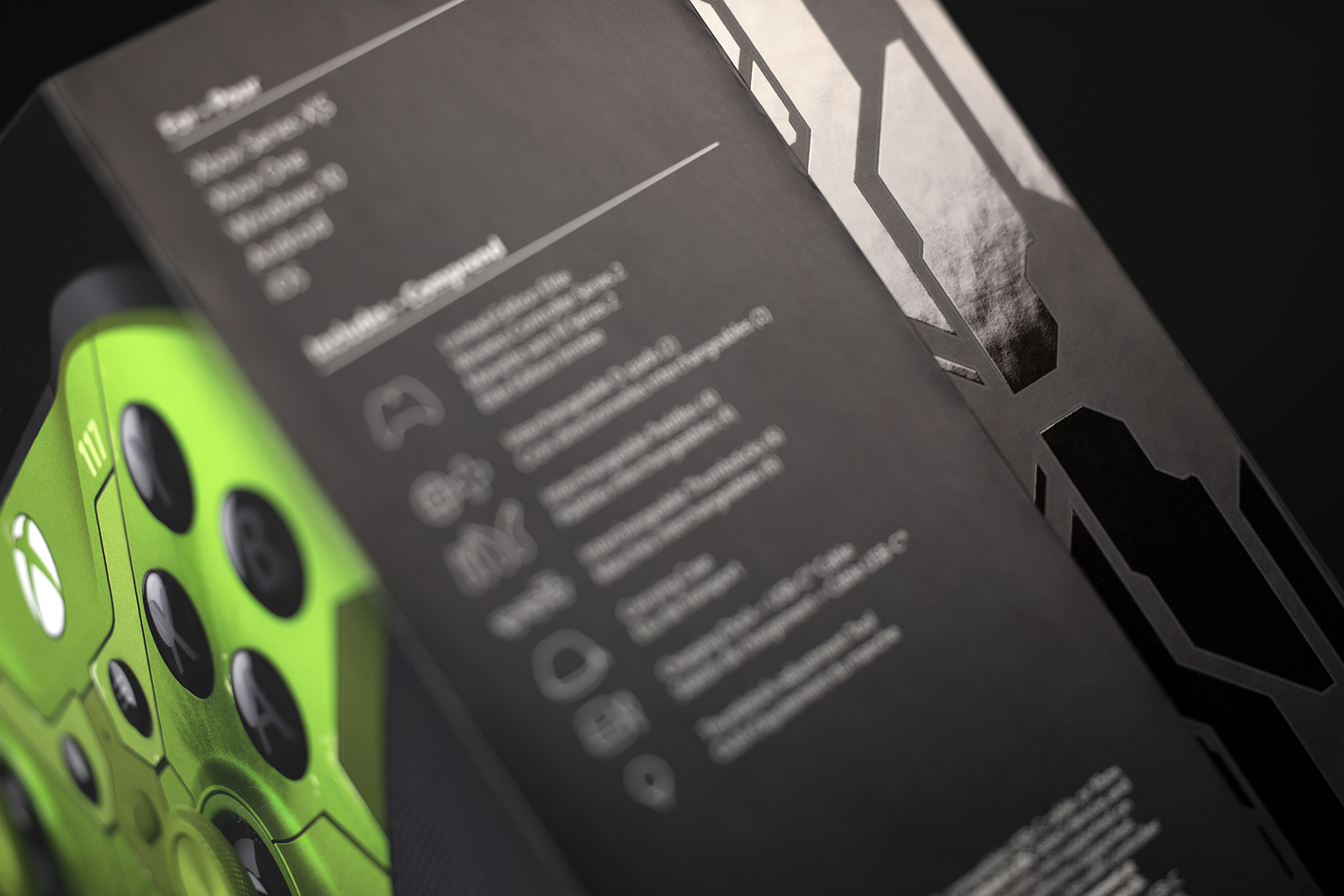 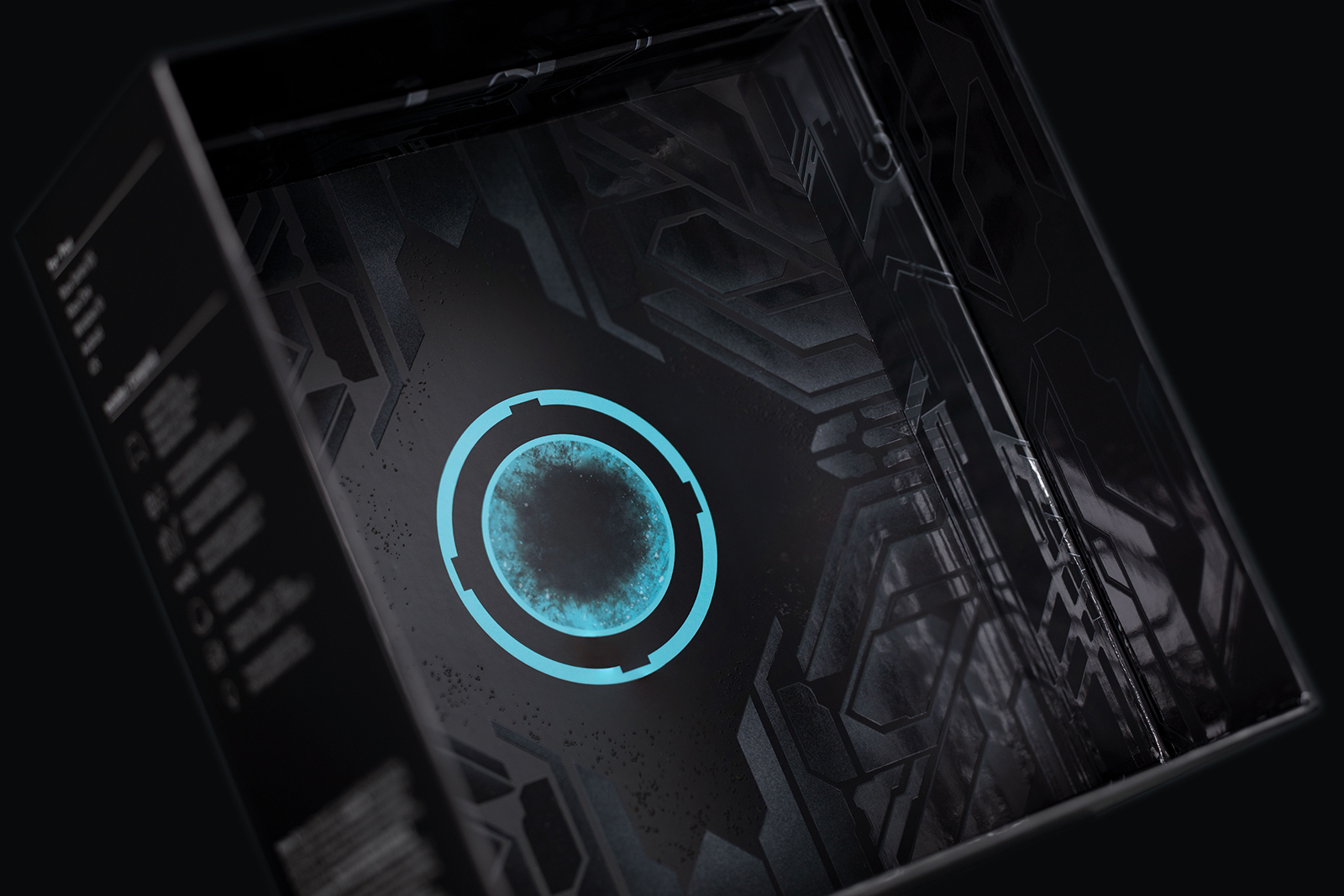 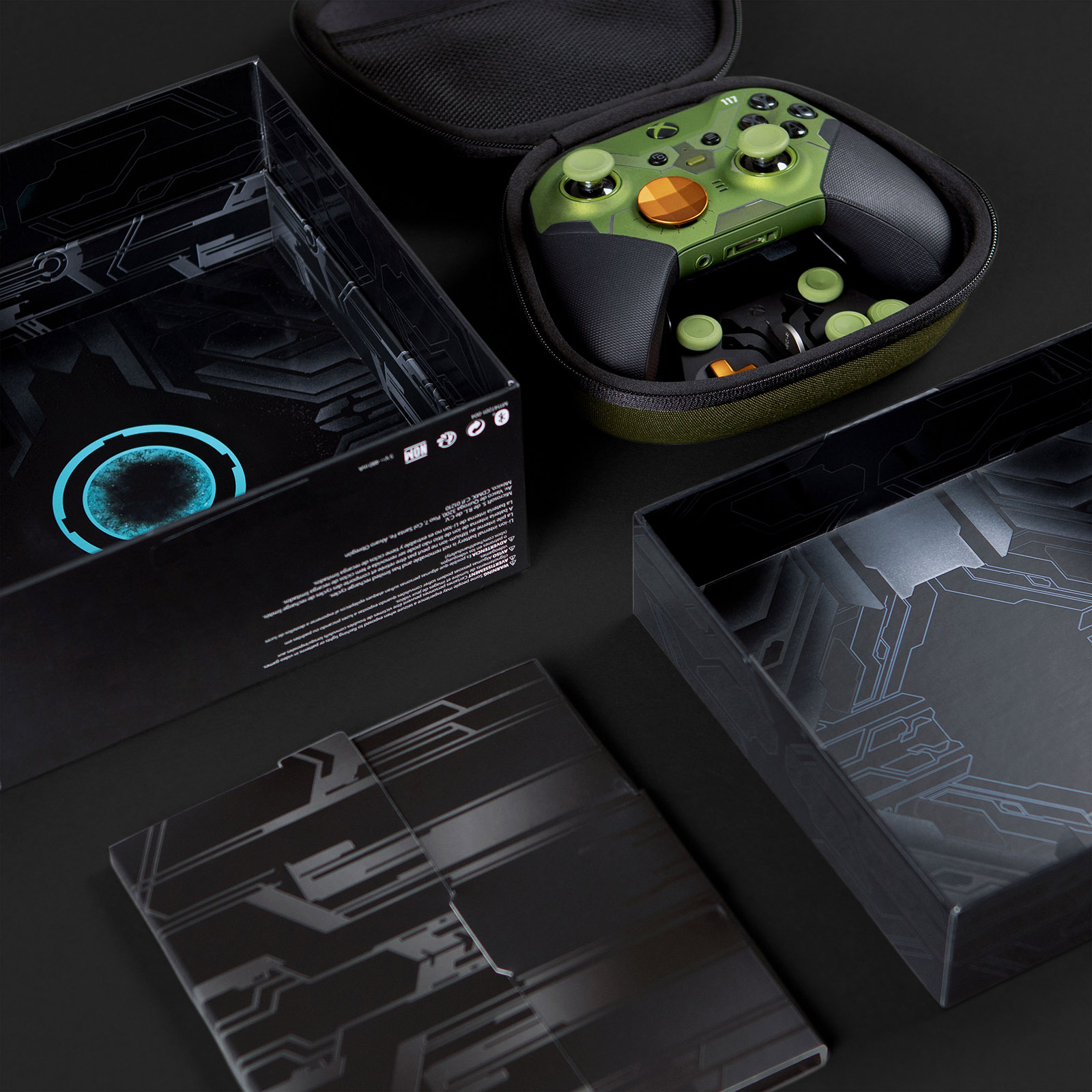