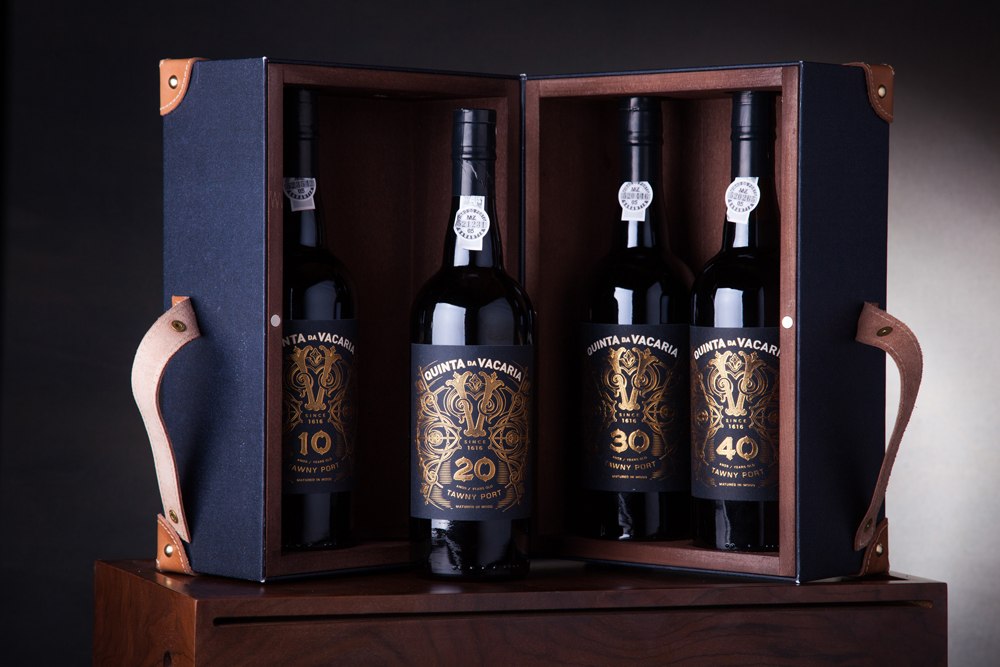 Quinta da Vacaria, one of the oldest estates in the region (the first register dates back to 1616), is located on the right bank of the Douro River, beside the city of Régua and at the heart of the oldest Demarcated Region in the world.

In the olden days, on the estate’s dock, Rabelo boats would moor to load pipes full of Port wine and carry them to Gaia, at the river’s mouth, where they were shipped in bulk all over the world, leaving their hidden identity behind, since these wood barrels were not marked with the producer’s seal. At its destination, the wine was bottled and labelled with the brand of the foreign traders who had purchased it, some of them gaining considerable prestige for a quality that they had not earned.

This was how the wines produced at Quinta da Vacaria travelled throughout the world for four centuries without anyone ever knowing their true origin.

Thanks to a law that regulates Port wine, farmers are obliged to keep one third of their production and Quinta da Vacaria is proud to have one of the largest and most valuable stocks of very old tawny ports today, which were only finally bottled at their origin and labelled with their own brand in 2016.
When we developed the image for this wine, we wanted it to fully evoke that legacy of 400 years of history travelling the world under false identities.
Inspired by ancient maps, compasses, astrolabes and compass roses, we created a powerful V (for Vacaria) surrounded by design features in complex detail, where the richness of the gold contrasts with the texture of the navy blue artisanal paper.

The image created challenges the traditional port wine language, distinguishing itself powerfully on the shelf.

The collection of four bottles aged 10, 20, 30 and 40 years, is carried in a box inspired by a vintage suitcase, clearly evoking this brand’s past and its travelling spirit. 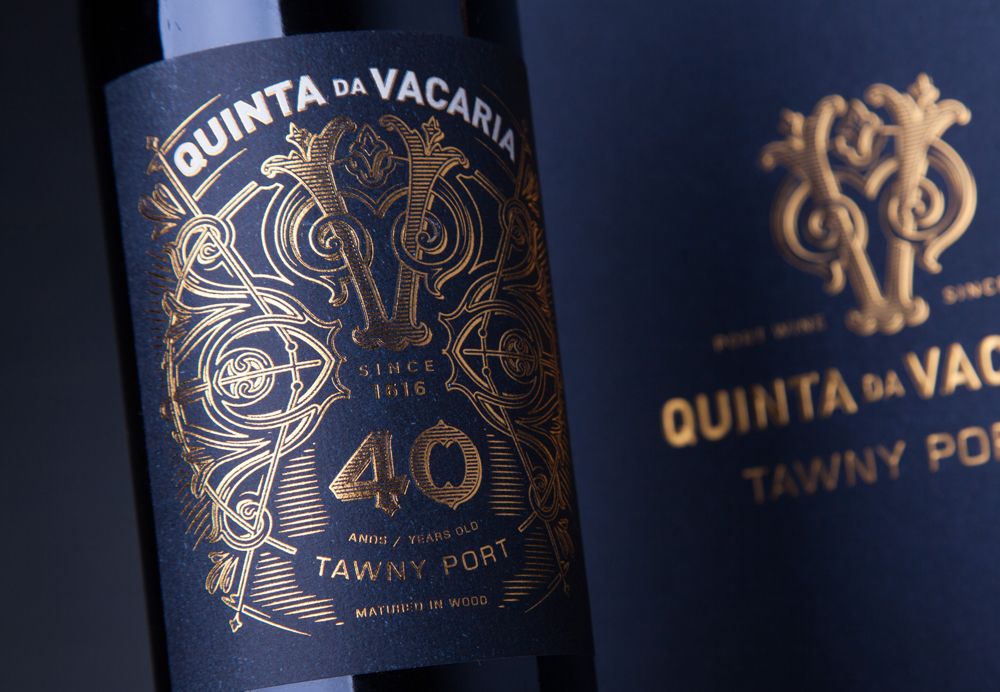 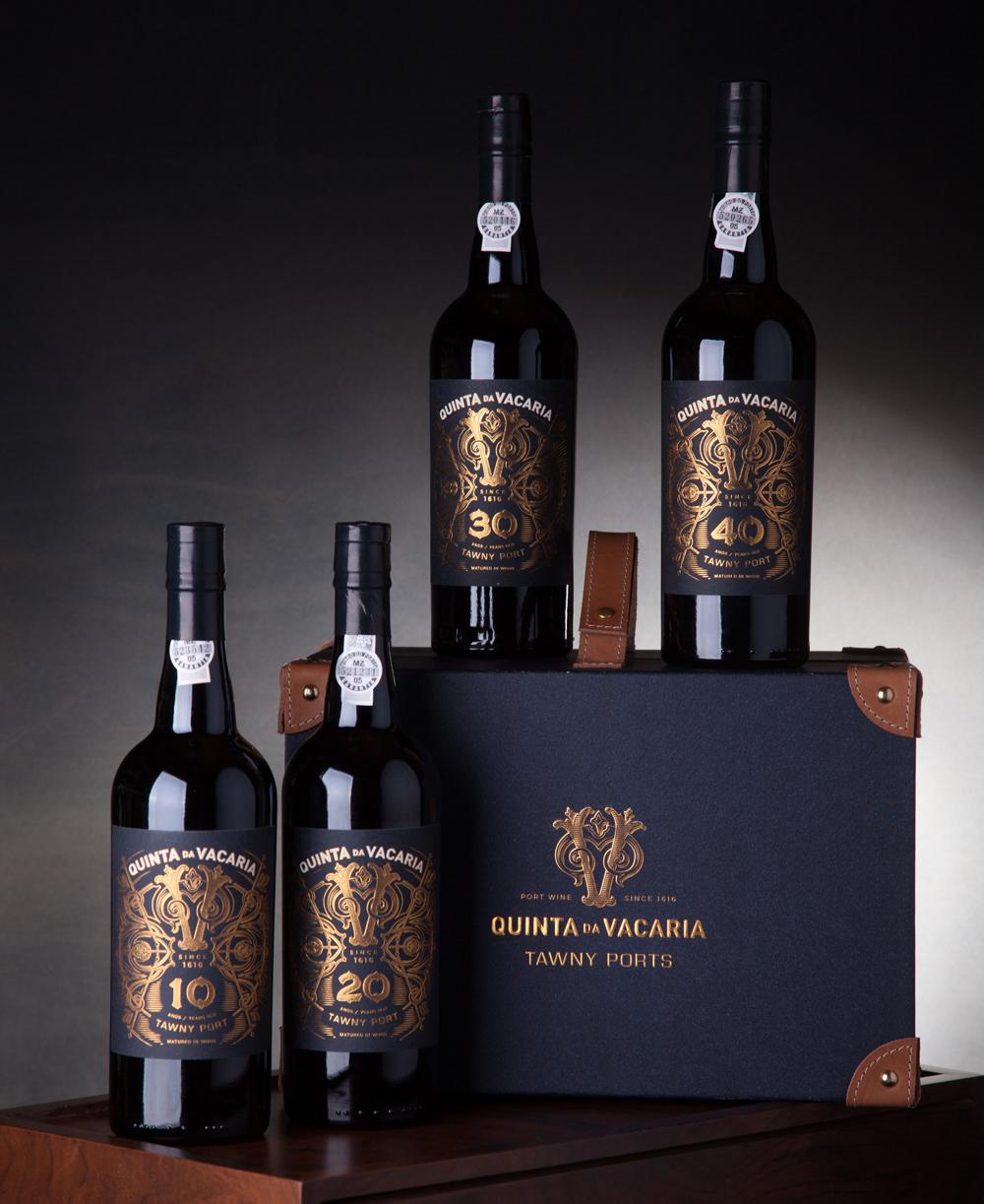 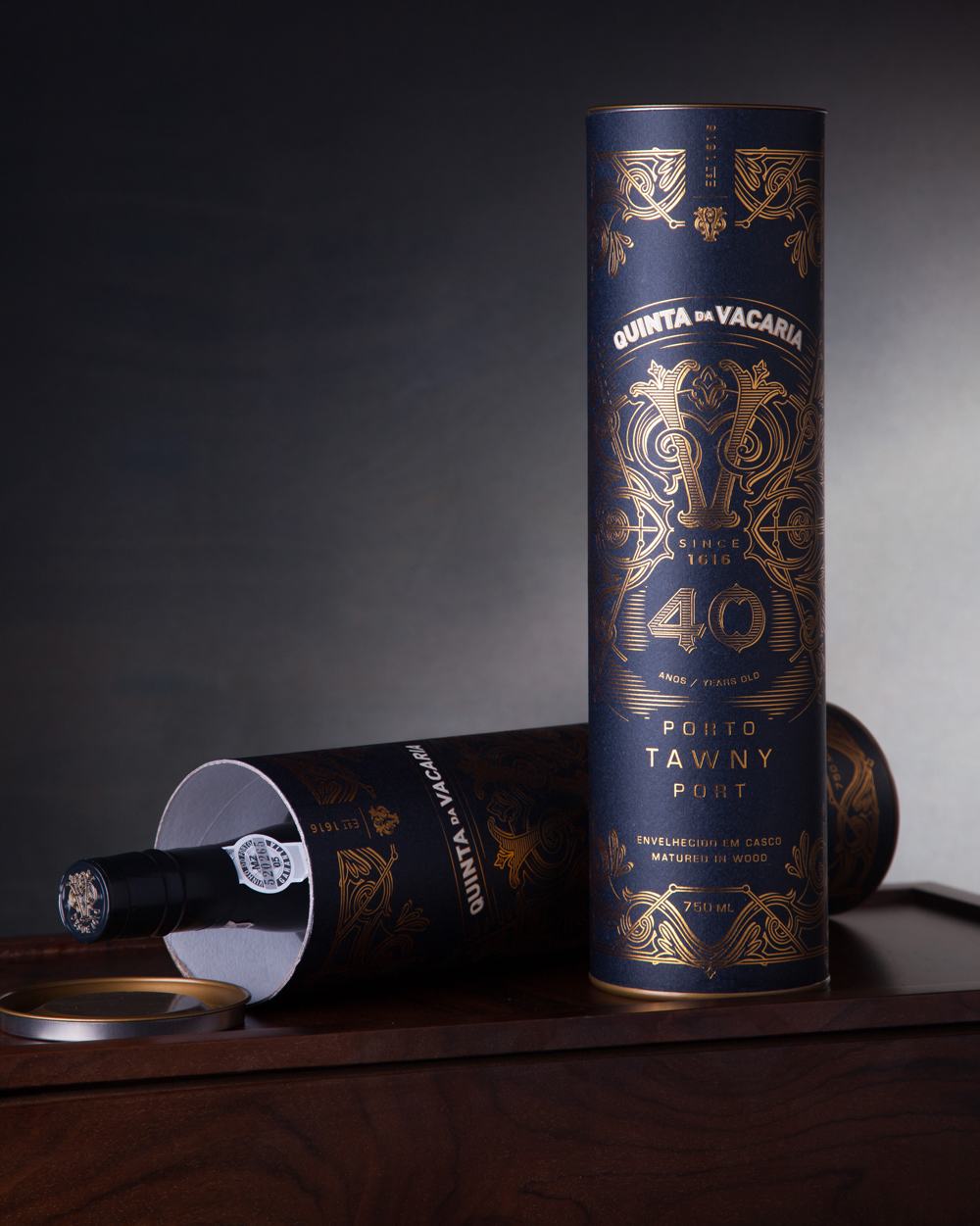 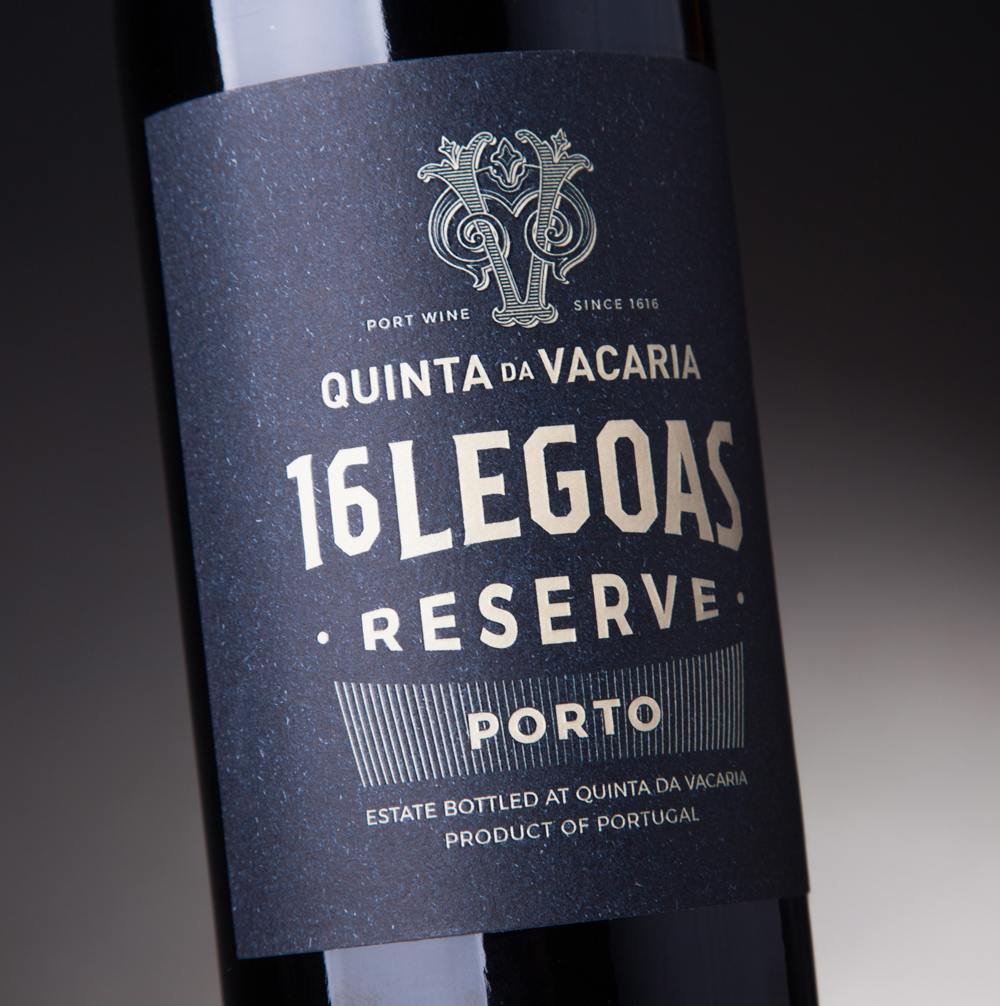