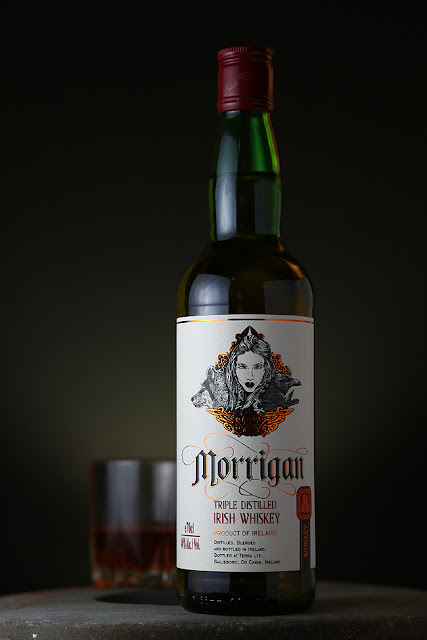 In a Celtic mythology – Morrigan is the goddess of death and war, which always appears in a battlefield, using her power for to help one or another side. She can be perceived not only like a stand-alone godship, but some kind of threefold incarnation of goddess that can appear in a figure of gorgeous woman, crow or a wild wolf.

The idea of label design was proposed by a client and was also determined by the trade mark’s name – Morrigan. The challenge was to make an artistic interpretation of this idea and to transmit visual character of a brand. In addition we must say that the product itself represents the original Irish whiskey of a triple distillation.

Based on a legend of a triple nature of Morrigan essence, we designed the original illustration that unites all of three incarnations of a godship, surrounded by a distinctive Celtic pattern. Label printing was performed using modern printing and post-printing technologies. 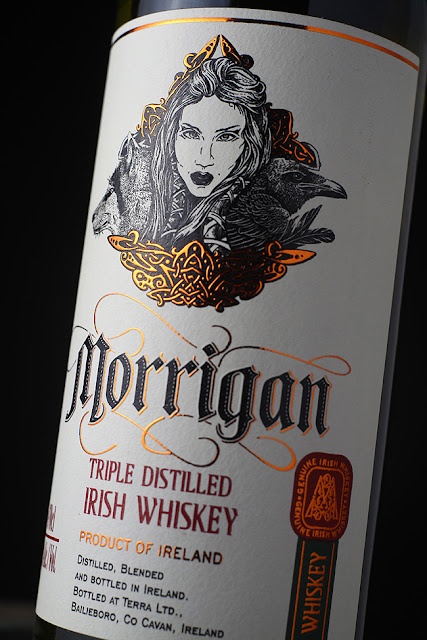 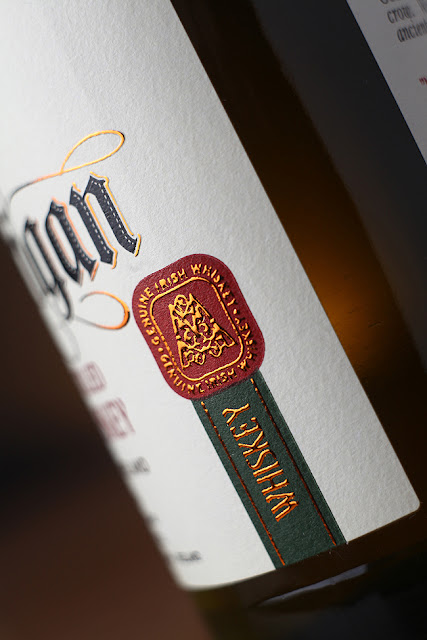 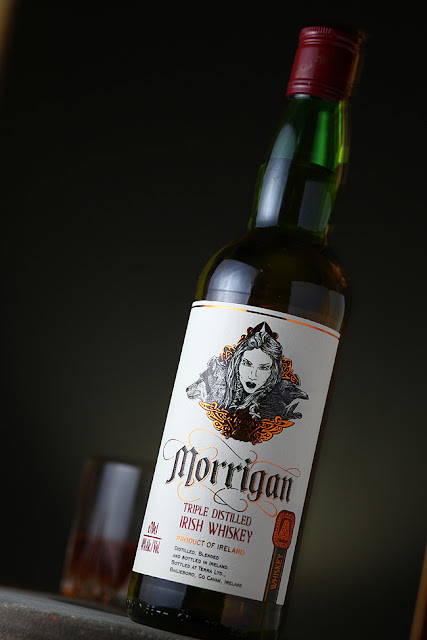 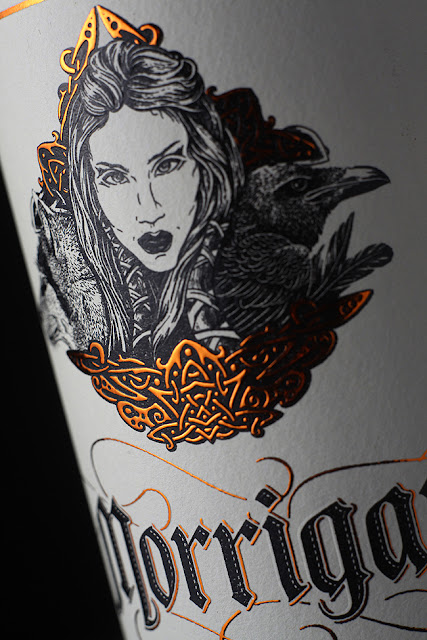 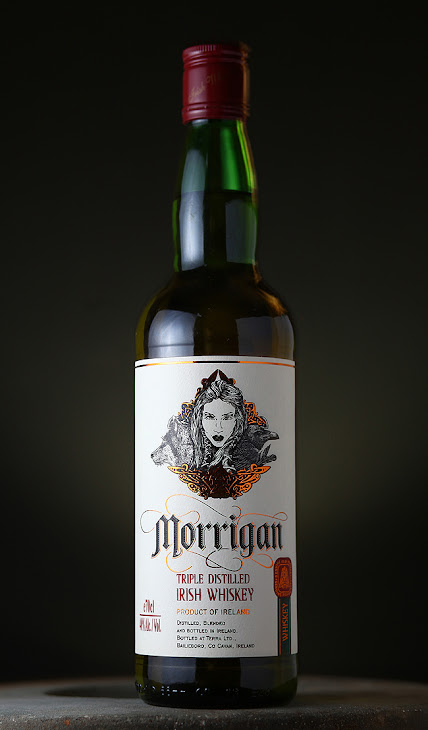