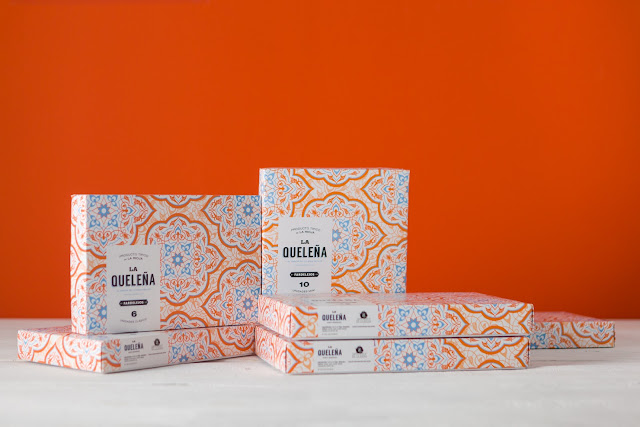 STRATEGY
• Create a brand concept and graphics with a convincing and penetrating image that is easily recognisable to the consumer. To connect with its new public.
• Change the product’s format and presentation to make it more appealing and tempting, easier to eat.
• Create packaging just for craft fairs, providing the product with added value, avoiding photographic images, as these are somewhat tired and no longer stand out.
• Recover the graphic code of Arabian structures of the mainland to reinforce the origin, using a framework in the shape of an almond in colours that will lighten the product and remind the consumer of the fruit used to produce it.
• The presentation was reconverted to make the product easier for individual consumption as well as providing a presence and attraction as something to be enjoyed. From the classic format (called such from now on) we move on to the mini format, at the same time introducing the flavours: chocolate, that a product test showed consumers prefer as it is tastier, and more appropriate for just one portion.
• The consumer experience coincided with a flyer that shows how to consume the product to enjoy its flavour to the maximum degree.
• One of the prerequisites that the design team were given was to create a graphic line loaded with content and metaphors that are easily identified with the values the product is awarded with: colours, natural, value as a memory of a cared crafted typography (History = tradition = origin = quality), seal of guarantee.

STORYTELLING
Using a graphic code that reminds us of the Arabian value of the origin of the dessert (the use of almonds is important in all Arabian desserts) a frame was created in which each of the packaging models reinforces the visual coherence of the whole range, making the provenance and birth of the recipe more understandable.
• So as to stand out from other producers, instead of using a Fardelejo, this has been substituted by a pattern, in the shape of an almond, that reminds us of the origin and tradition of this sweet and that unites its colours, as it is sold largely in craft fairs and the product is exposed, showing the content that is easily identifiable and stands out from other brands.
• The brand value of la Queleña has been reinforced using a classic font, that reminds one of packaging from the early 20th century, a visual poem in which all the elements that make up the imagery of the craft and what is authentic are clearly identified with the brand and packaging. Shapes that remind one of the absence of industrialization, presented in non symmetrical packaging that gives the sensation of a label of quality and as if a girdle was wrapping around the product, using a capsule, curved texts, cleanly shadowed and purified.
• Each format has its own strength and is based on elements with a clearly ancient inspiration, illustration, graphic details that add character, and tone: proximate, nearby, with shapes that remind one both of the product’s origin and its main ingredient (almonds).
• Arabesque patterns are the thread that runs through the whole product range and reinforces its origin as a dessert with Arabian influences from the 9th and 10th century.
• There are various main features:
– The brand name: La Queleña
– Arabian background in the colours of the dessert, making it lighter and more up to date.
– The tone and warmth of the message of each of the brand’s aspects: proximity, closeness, detail and meticulous production.

GRAPHIC SOLUTION
Create a pattern and arabesque scene that provides the range with uniqueness and authenticity. To reinforce the brand’s values, the colours used are linked to the product and provide it with more visual impact when various cases are exposed on a market stall, giving the visual illusion of being able to see the gourmet product, confectionary, artisan sweets, 100% authentic.
To stand out more to the consumer with the visual effect that connects more with today’s tastes. 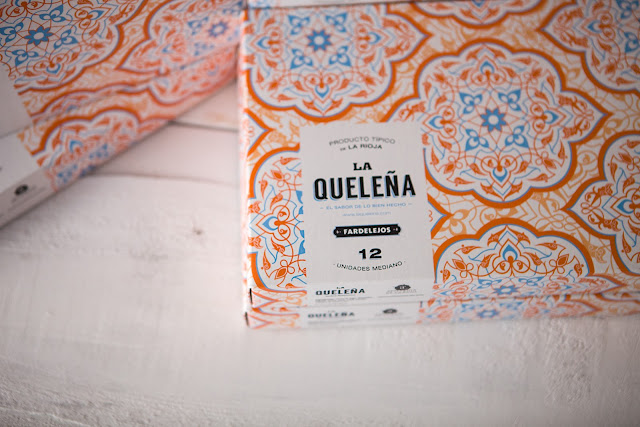 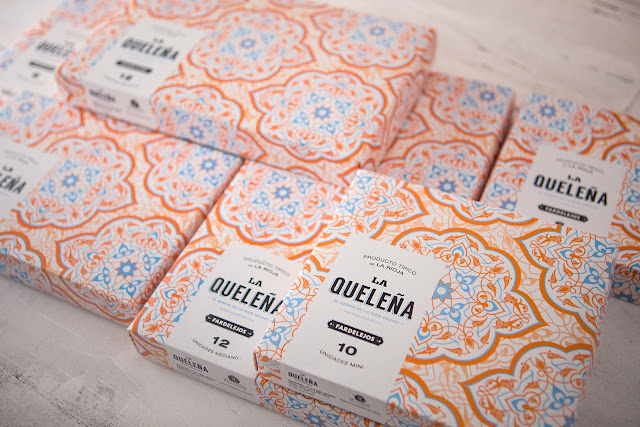 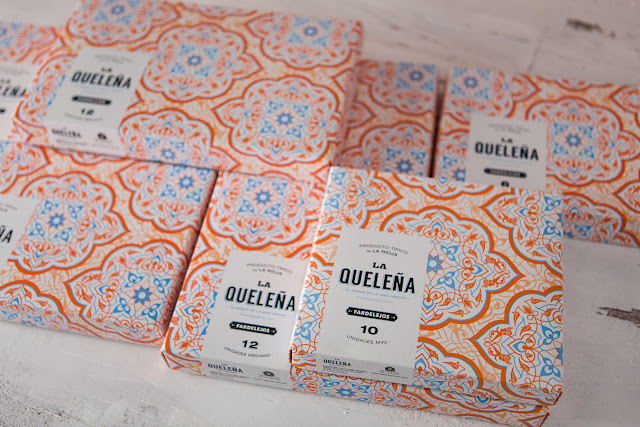 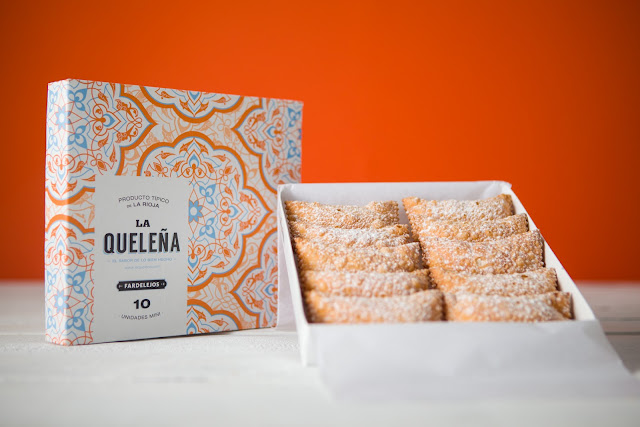 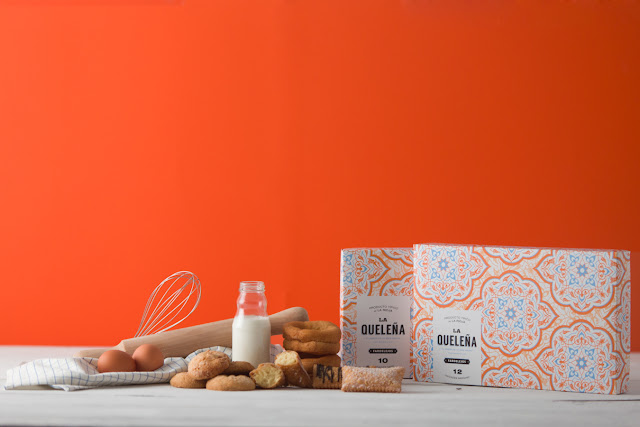