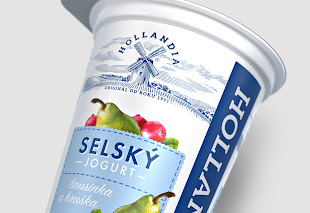 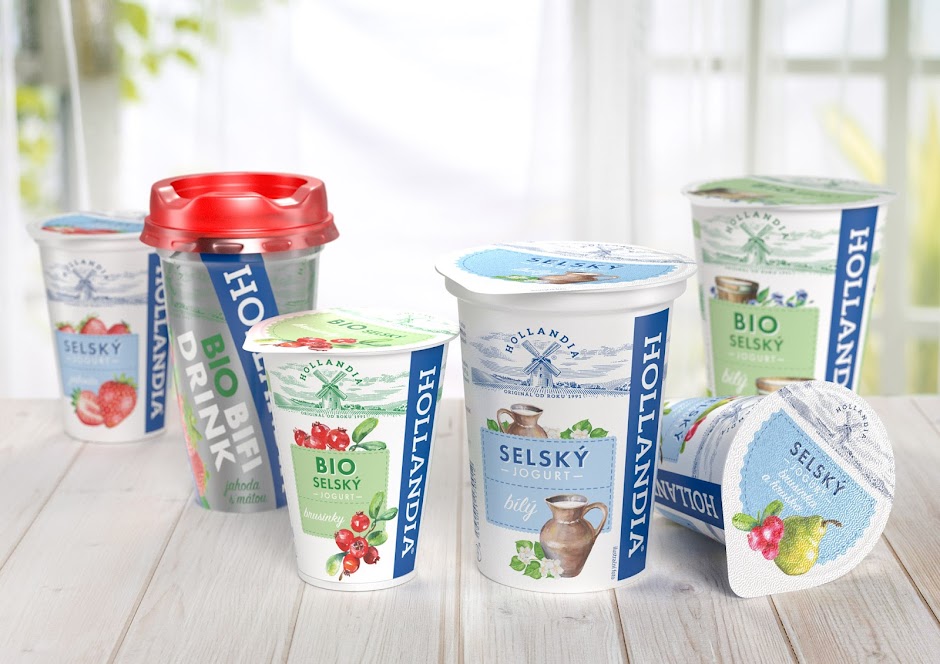 Hollandia is the yogurt lovebrand adored by consumers across the Czech Republic. This redesign by branding and design agency Cocoon marks a dramatically refreshed look of Hollandia’s product ranges and corporate identity, which had undergone minimal change since the company originated 25 years ago.

Aligning the ranges of Hollandia’s portfolio (which includes ‘Selsky’ range, meaning ‘rustic’, and ‘Bio’ range) was one of the big tasks of the redesign. The new visual identity of the brand is now much more consistent overall, which makes it easy for consumers to navigate among all of its varieties.

In addition to redesigning the packaging, Cocoon also created a new corporate visual identity for Hollandia. Keeping the iconic windmill and vertical stripe logos (as on the packaging), they translated those elements into a more modern, sophisticated identity for the company. This modernized appearance better represents the first-rate quality of one of the best-selling local consumer products in the region.

Cooperation between the two companies began when Cocoon won the tender to redesign the Hollandia portfolio at the start of 2016.

The branding and design agency Cocoon was founded in 1996 and has since grown to expand its footprint to offices in Moscow and Bucharest, working with companies including Pernod Ricard, Molson Coors and Procter & Gamble. 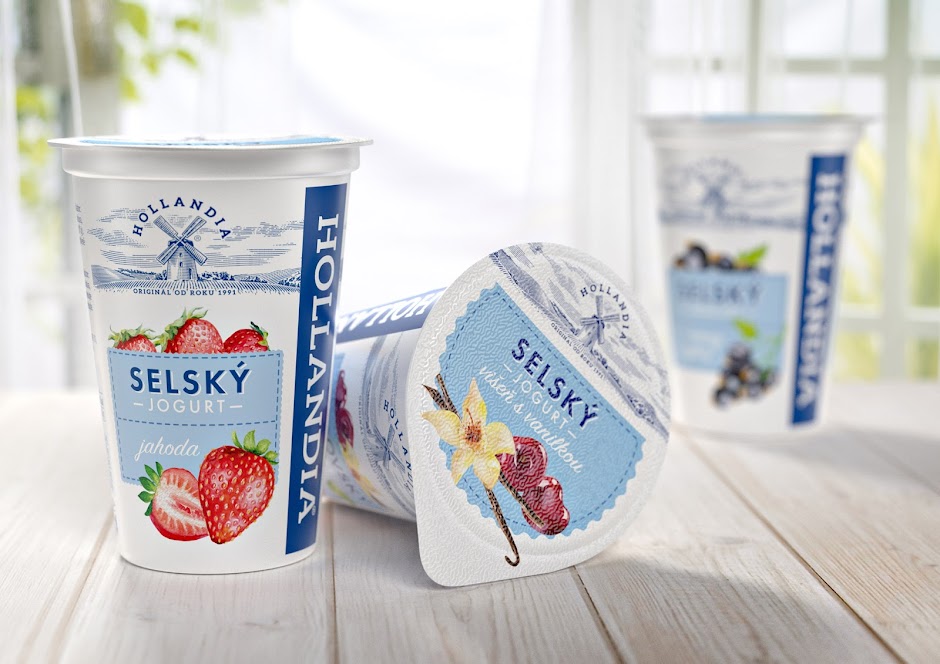 What’s Unique?
While Hollandia has been well-known as ‘the best yogurt’ producer in the region, for the past two decades the comparatively outdated packaging was failing to communicate just how great the product is.

What started as a face-list project turned into a big rebrand. The redesign of all 56 SKUs, along with the new corporate identity for Hollandia, was redesigned in a mere three months. 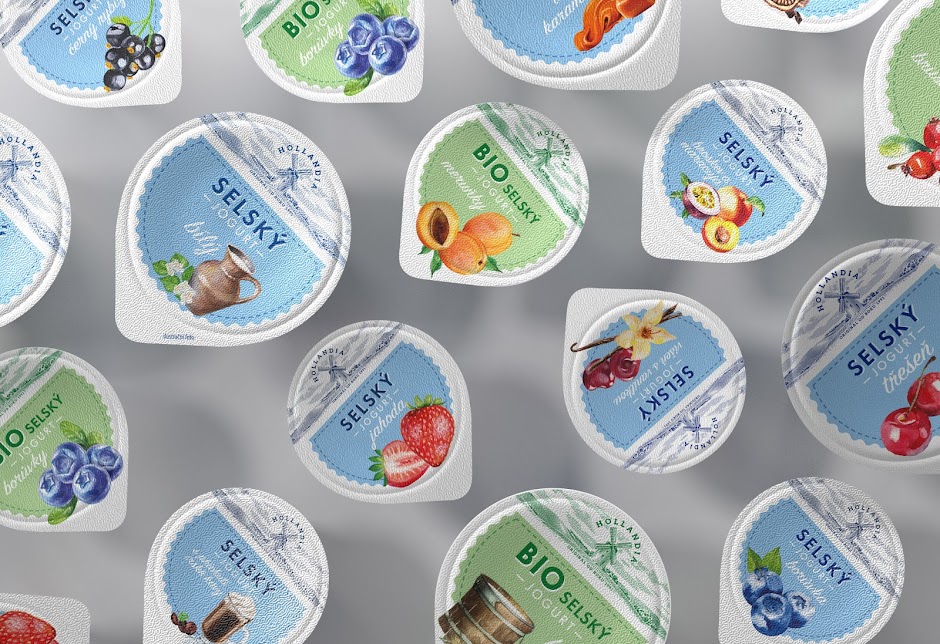 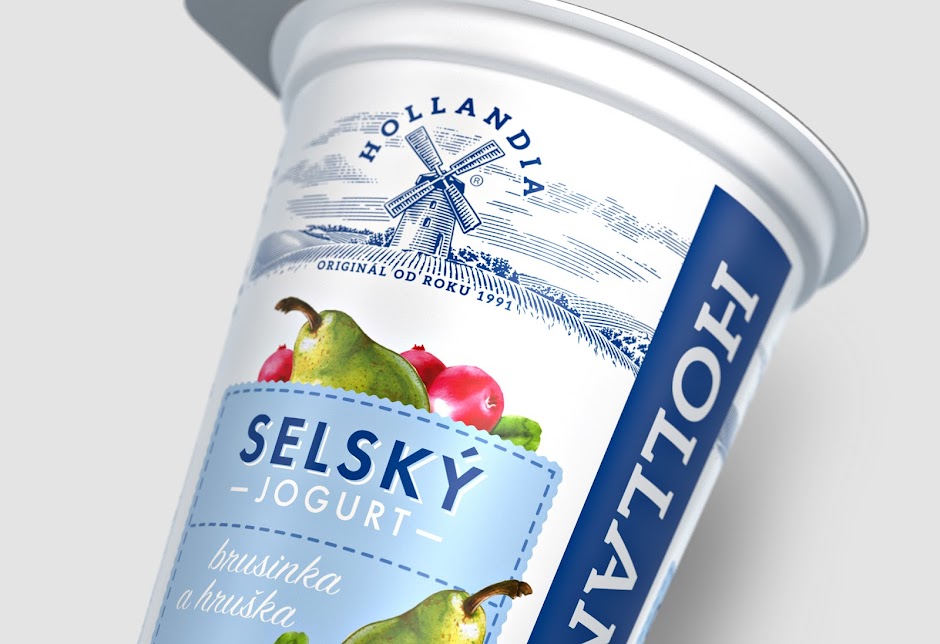 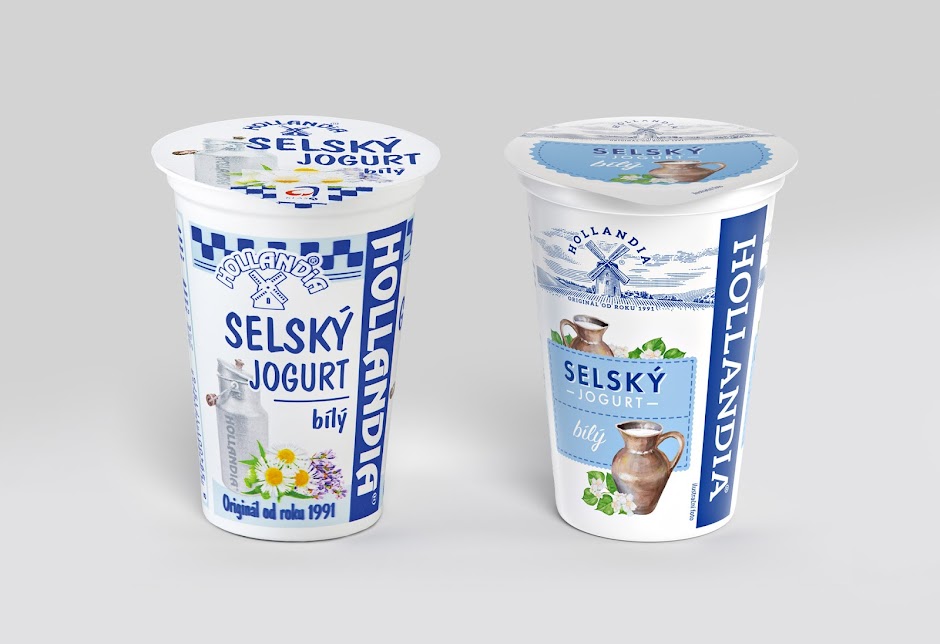 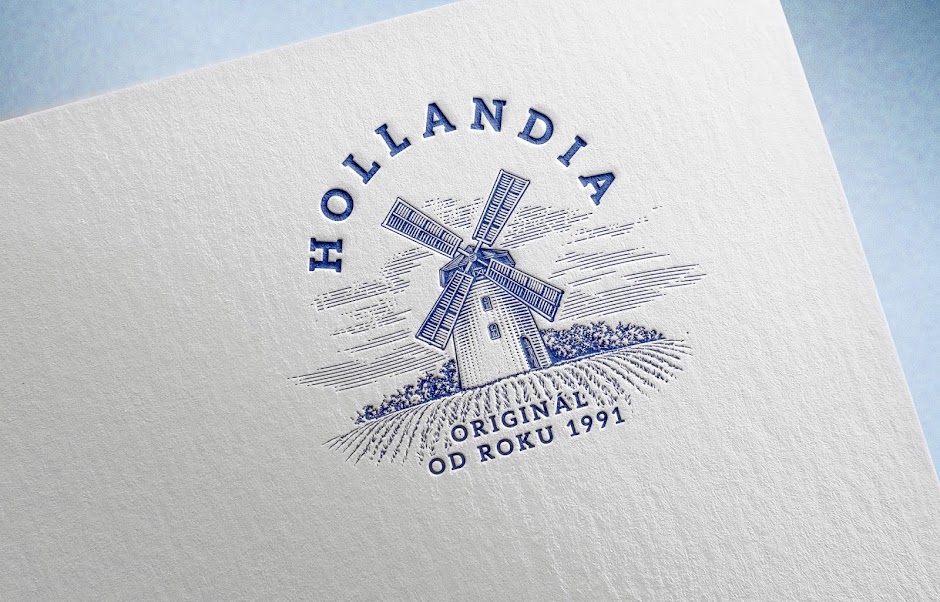