This newly-launched brand from the portfolio of Staropramen tells a different yet true story of the famous city of Prague. Cocoon’s design captures the connection between the old and new face of this capital, just like how the product combines traditional brewing with a modern approach.

At Cocoon, the Molson Coors team assigned us the task of creating a bold and modern brand identity for a new beverage called Praha by Staropramen. Following the increasing consumer demand for high-quality 10° plateaus, this brewing company decided to go for a bold beer concept. Praha offers a light 4% alcohol content with the rich-tasting experience of a lager brewed with respect to 19th-century traditions.

The beer’s namesake, Praha, also has two sides: the amazing and breathtaking historical heritage, and the modern face of a vibrant metropolis with unique architecture, culture and spirit. This duality, combined smoothly into one, became the main theme for the identity and packaging design. A bold wordmark is accompanied by a round symbol cut into halves, which illustrates the two faces of Prague. The diagonal cut helps convey the main idea but also introduces a strong visual style. Two coloured areas split diagonally into halves create a minimal and modern environment for the whole brandmark, which is a rather richly-illustrated central element.

The two green tones were selected to evoke freshness and taste appeal, but also to maintain a bold and less category-obvious feel from this session-able beer. Both a can and bottle label was crafted to perfection. Additionally, a full identity system was developed for further roll-outs on any touchpoint for both on-trade and off-trade consumption. 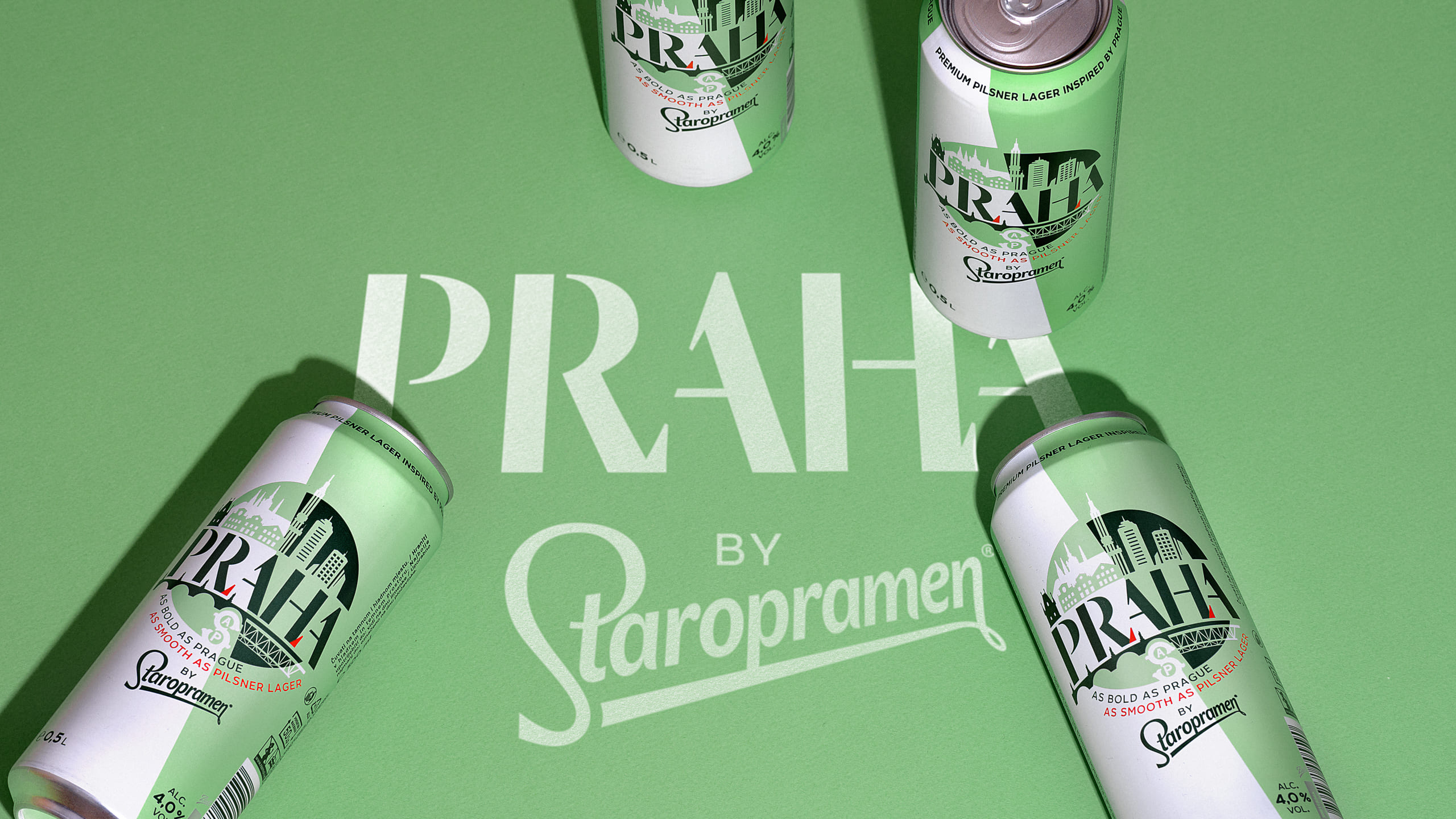 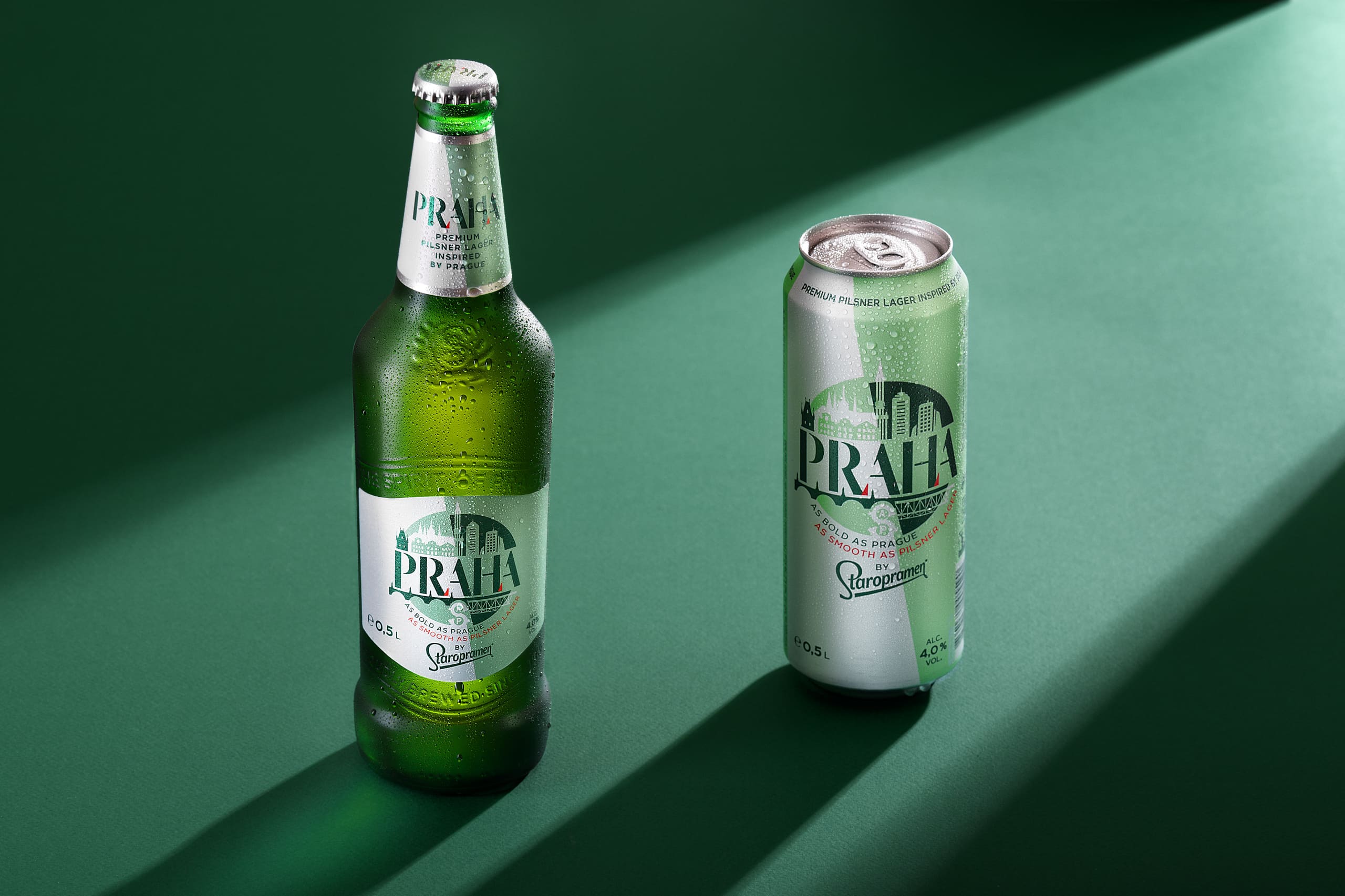 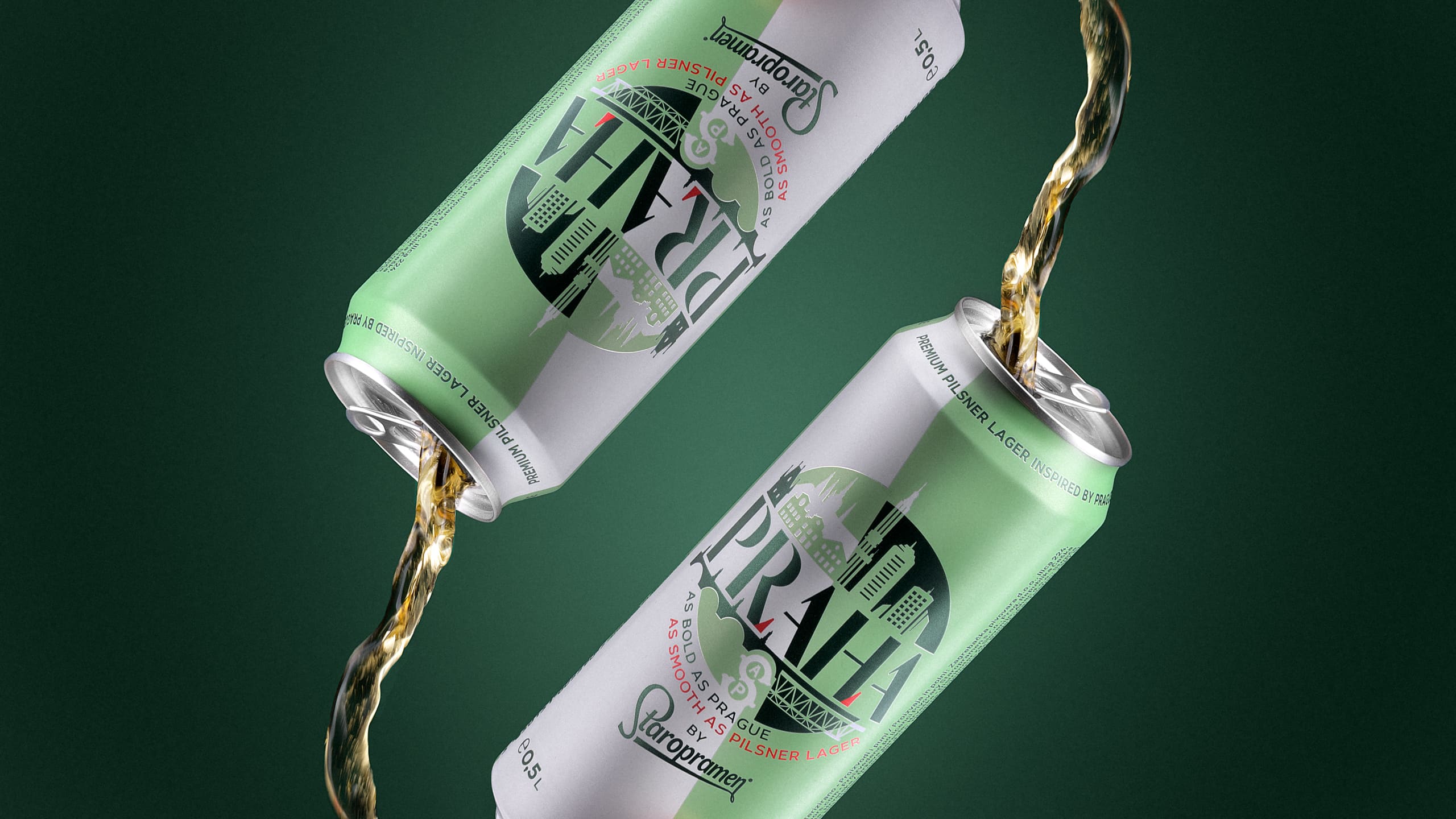 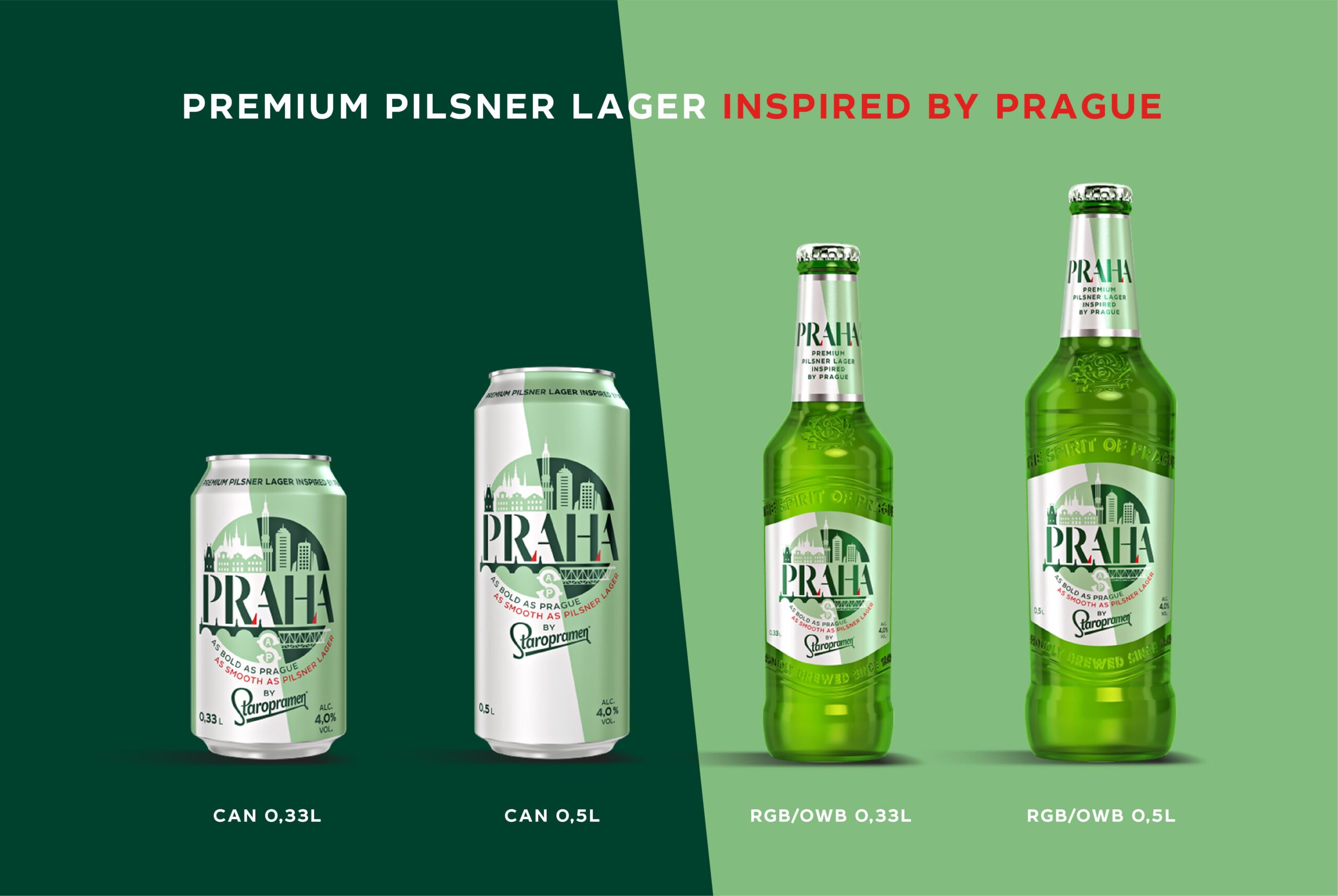 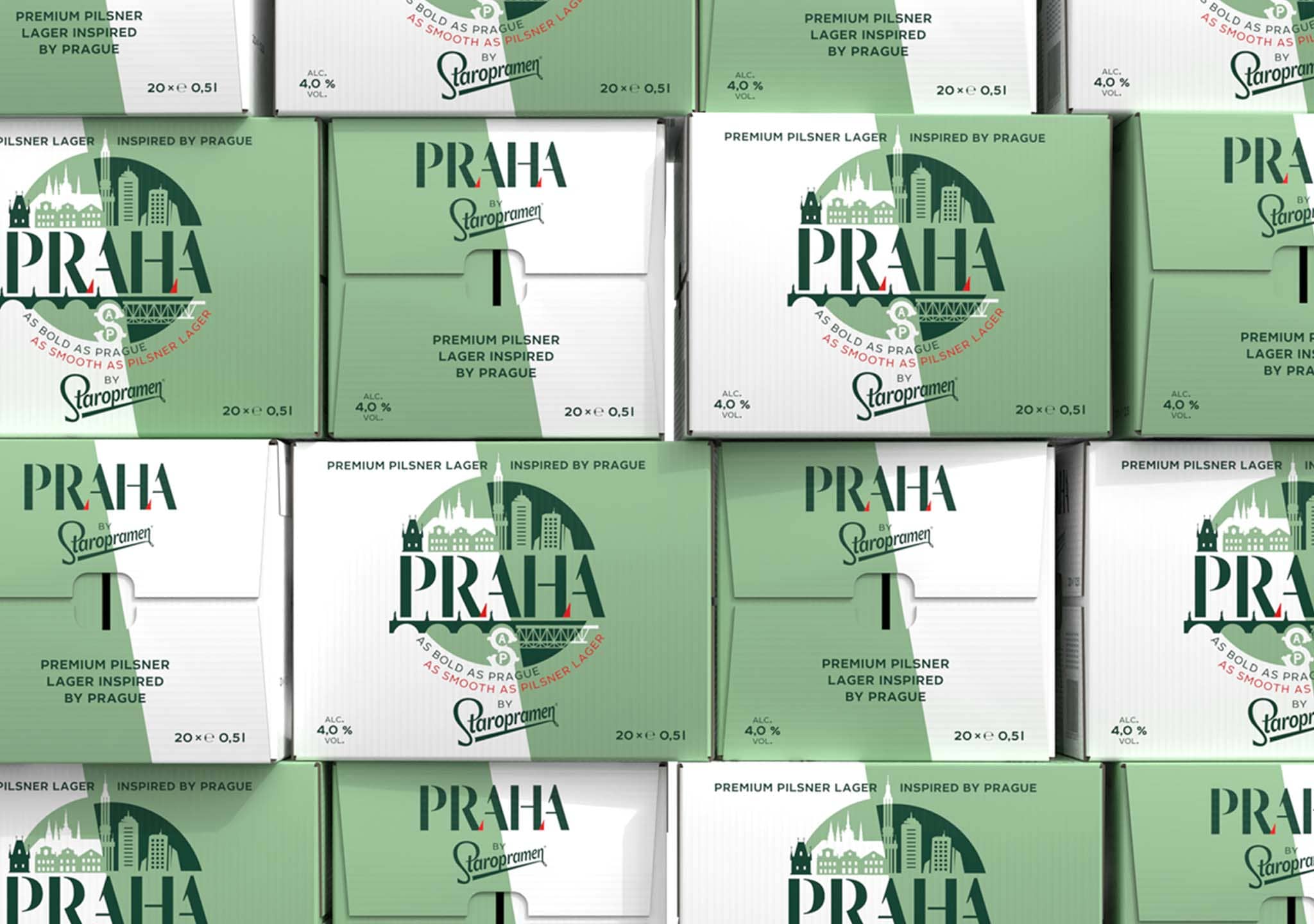 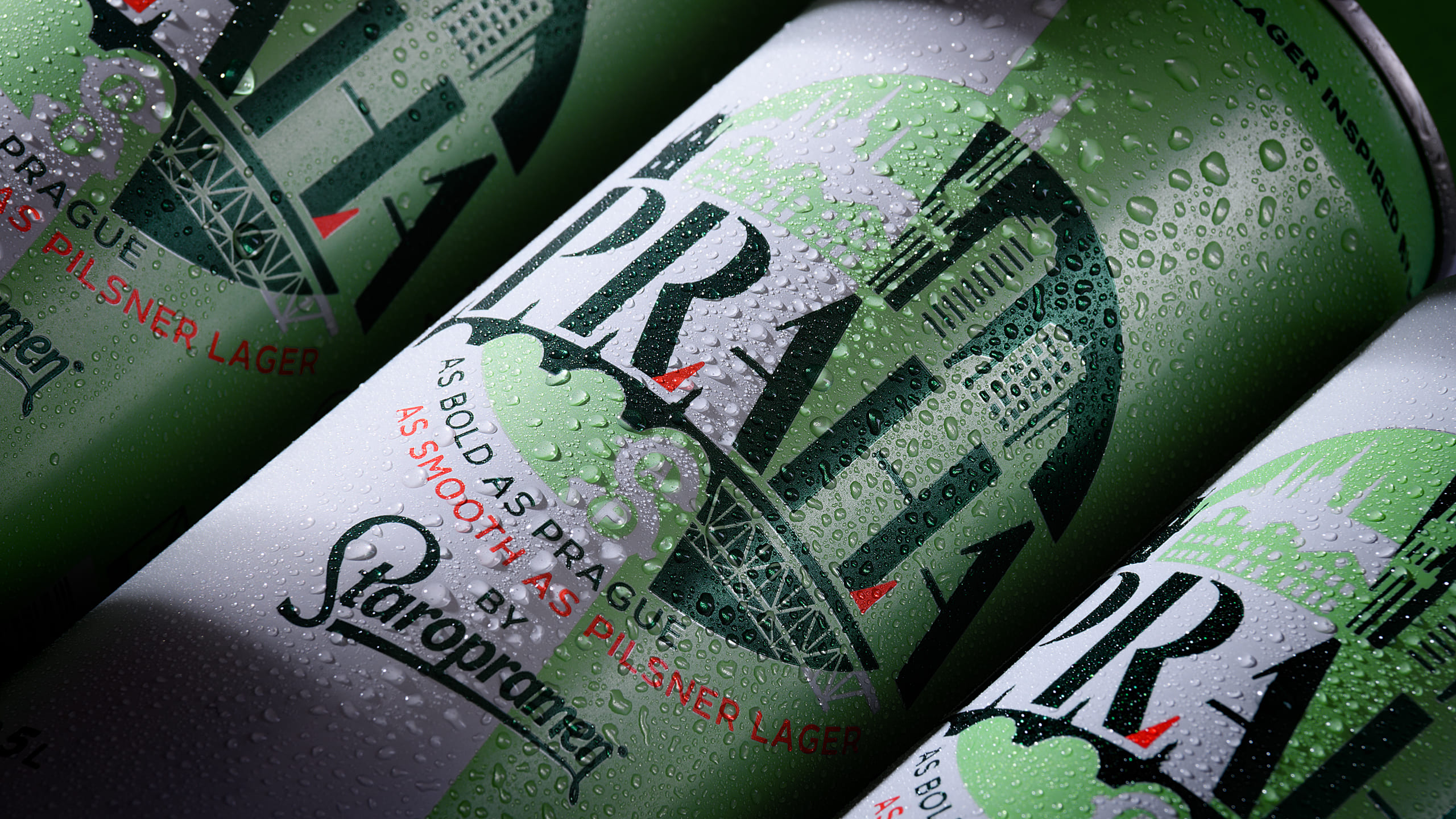 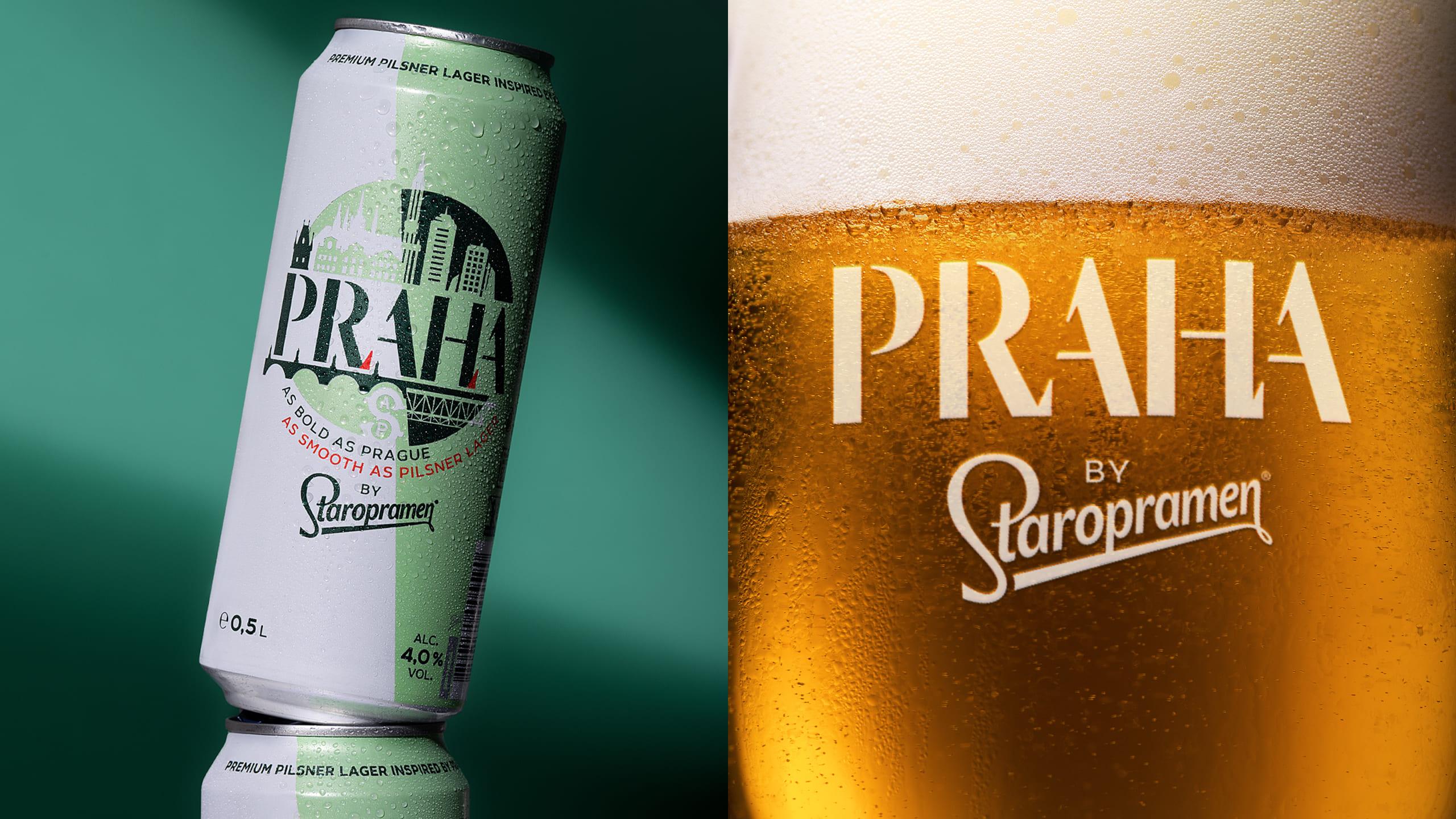 The Multimedia Book of Staropramen