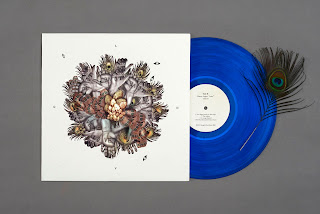 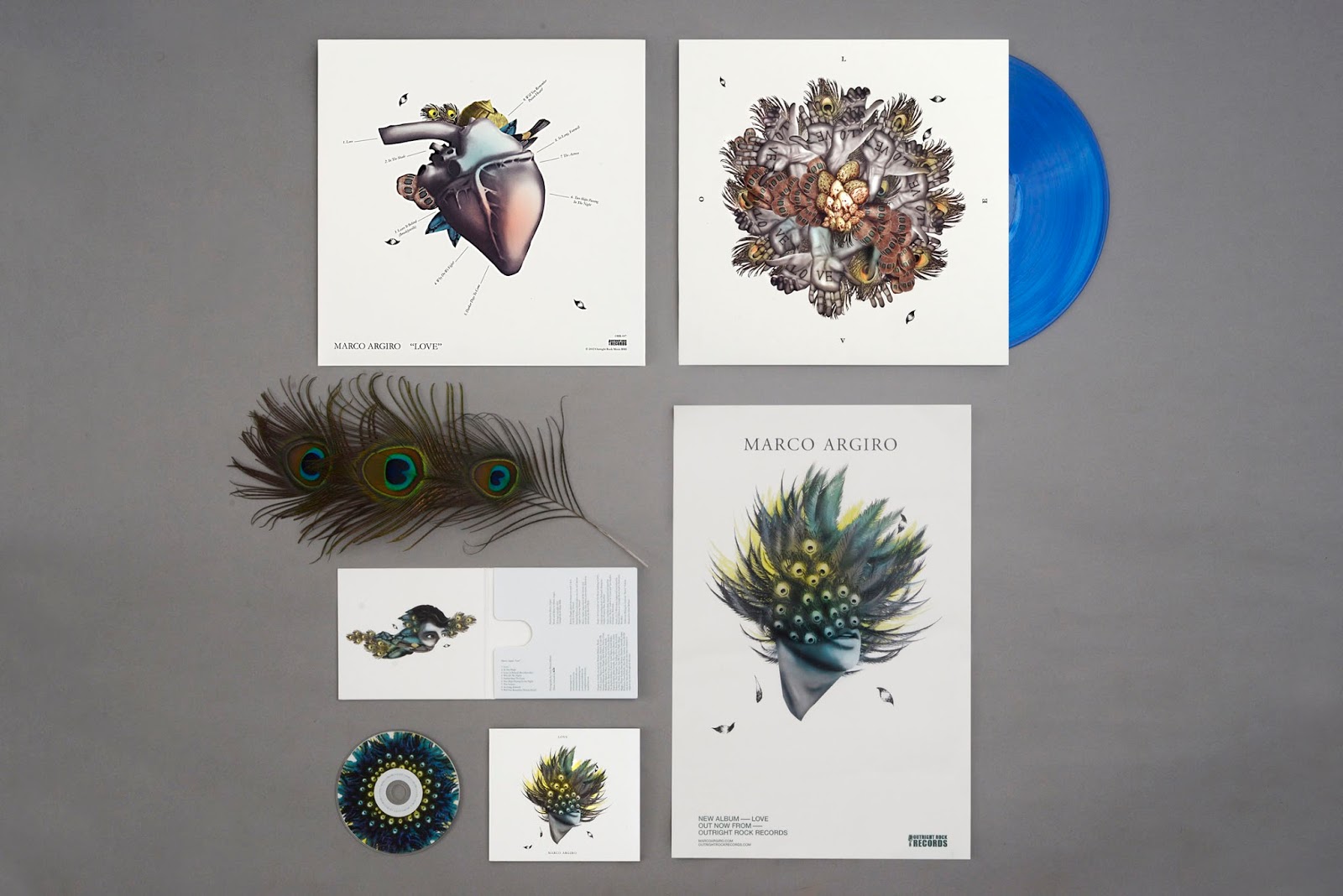 Vinyl and CD packaging design with promotional material for Brooklyn based folk rock musician Marco Argiro’s album ‘Love’. The studio used insights from a discussion with the musician about his subconscious inspirations while making the album, which took place during his travels across California. We used certain visual cues that he was inspired by such as peacock feathers and other tropical elements to create psychedelic surrealistic collages that were a nod to album covers from the 60’s and 70’s done in a contemporary context.

Images of the musician’s facial & body features were used as part of the album artwork collages (his eyes, hands, parts of his face) that can be seen in different panels of the CD & Vinyl packaging. The studio proposed a second ‘limited edition’ album cover for the vinyl packaging, as vinyls are often collector’s items with the core fan-base. The design was selected by a jury for the Parsons Alumni Exhibition 2014 in New York. 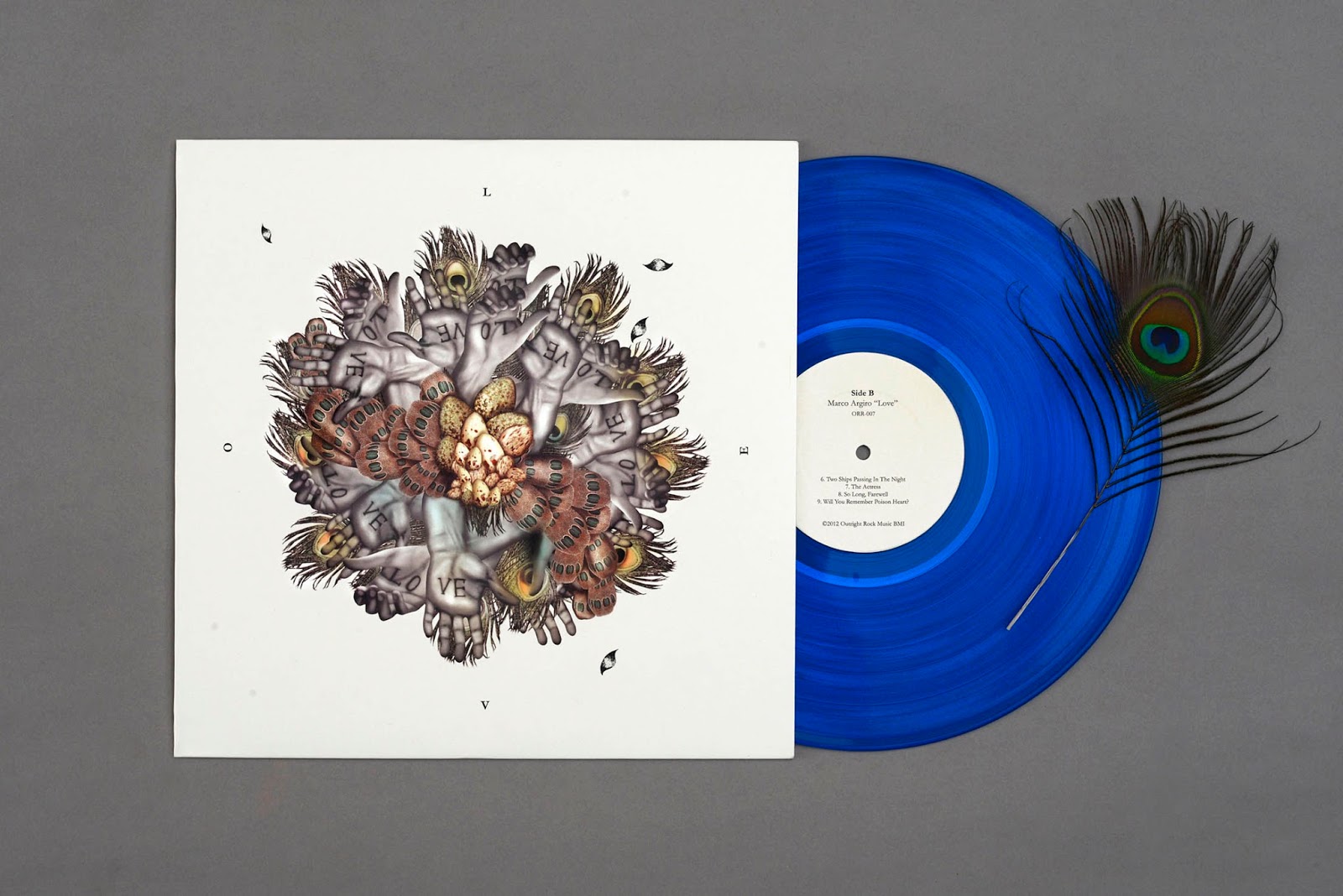 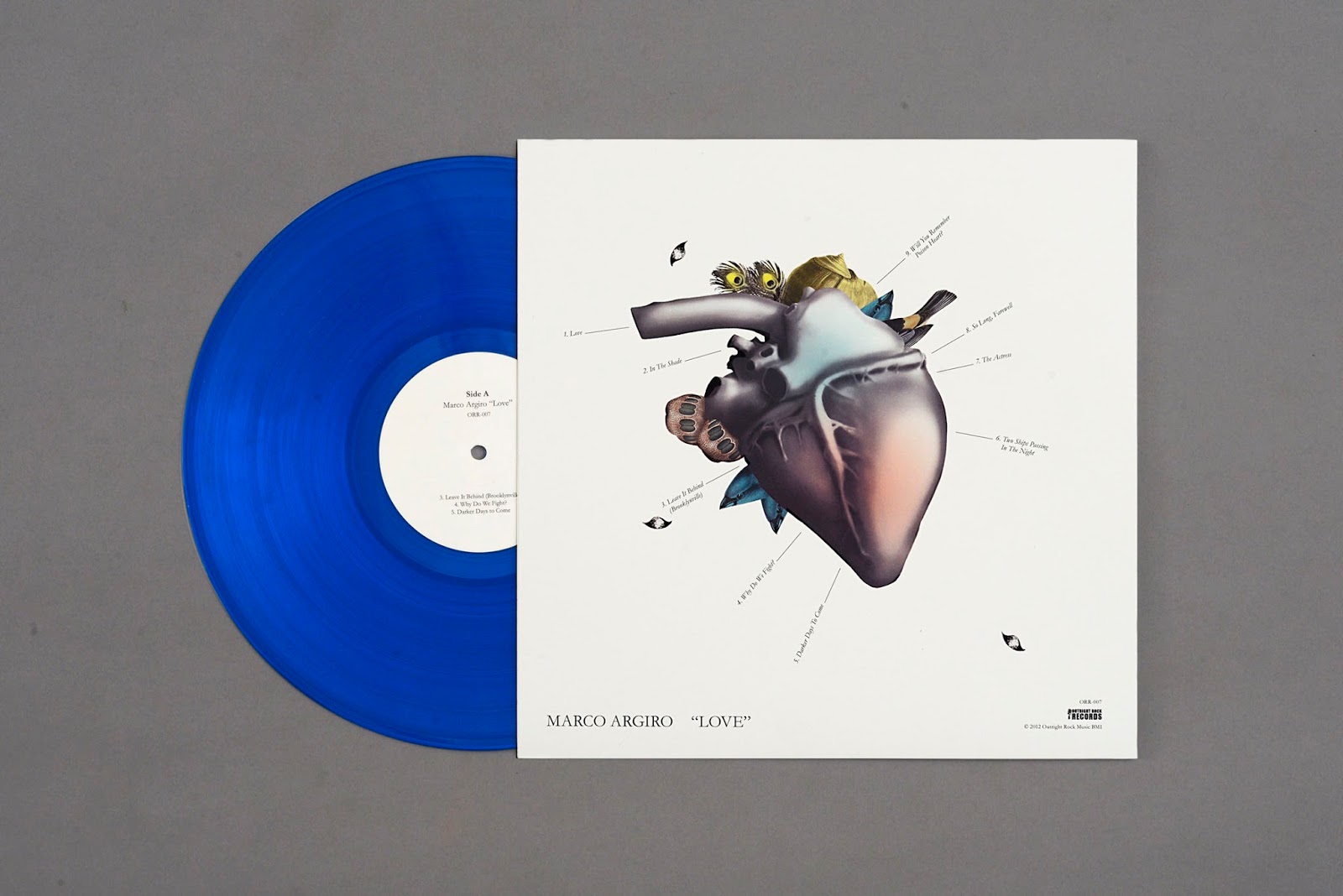 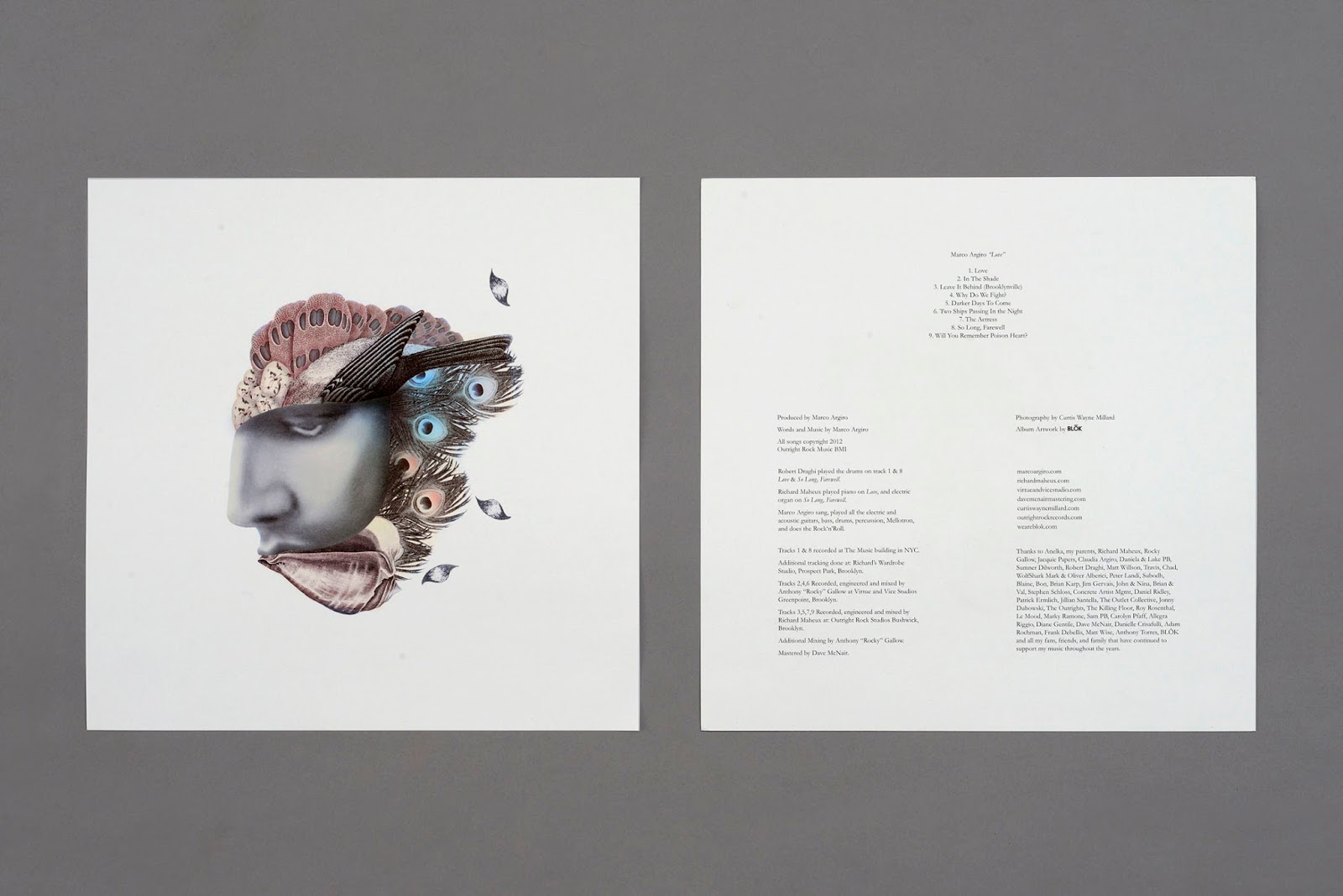 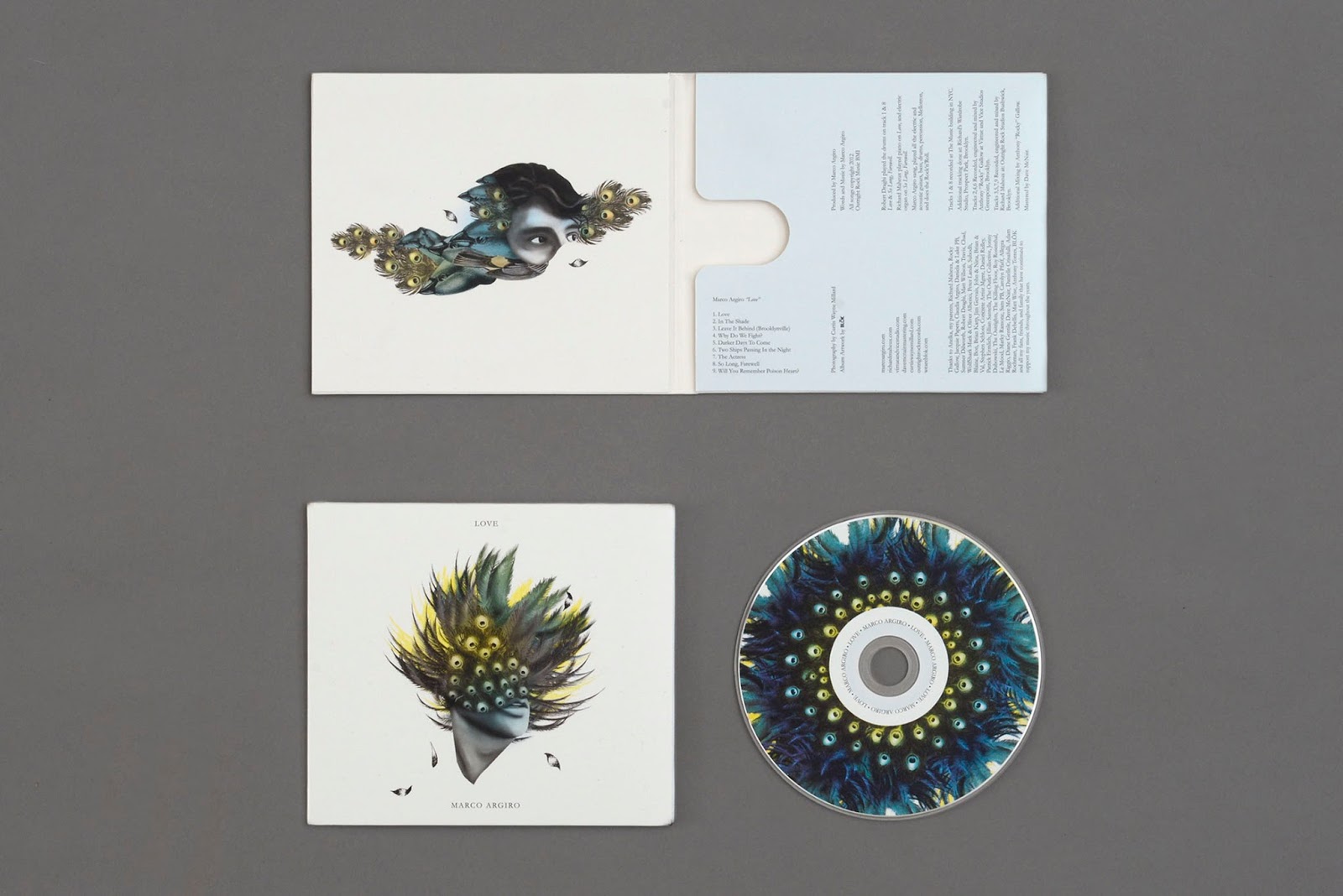 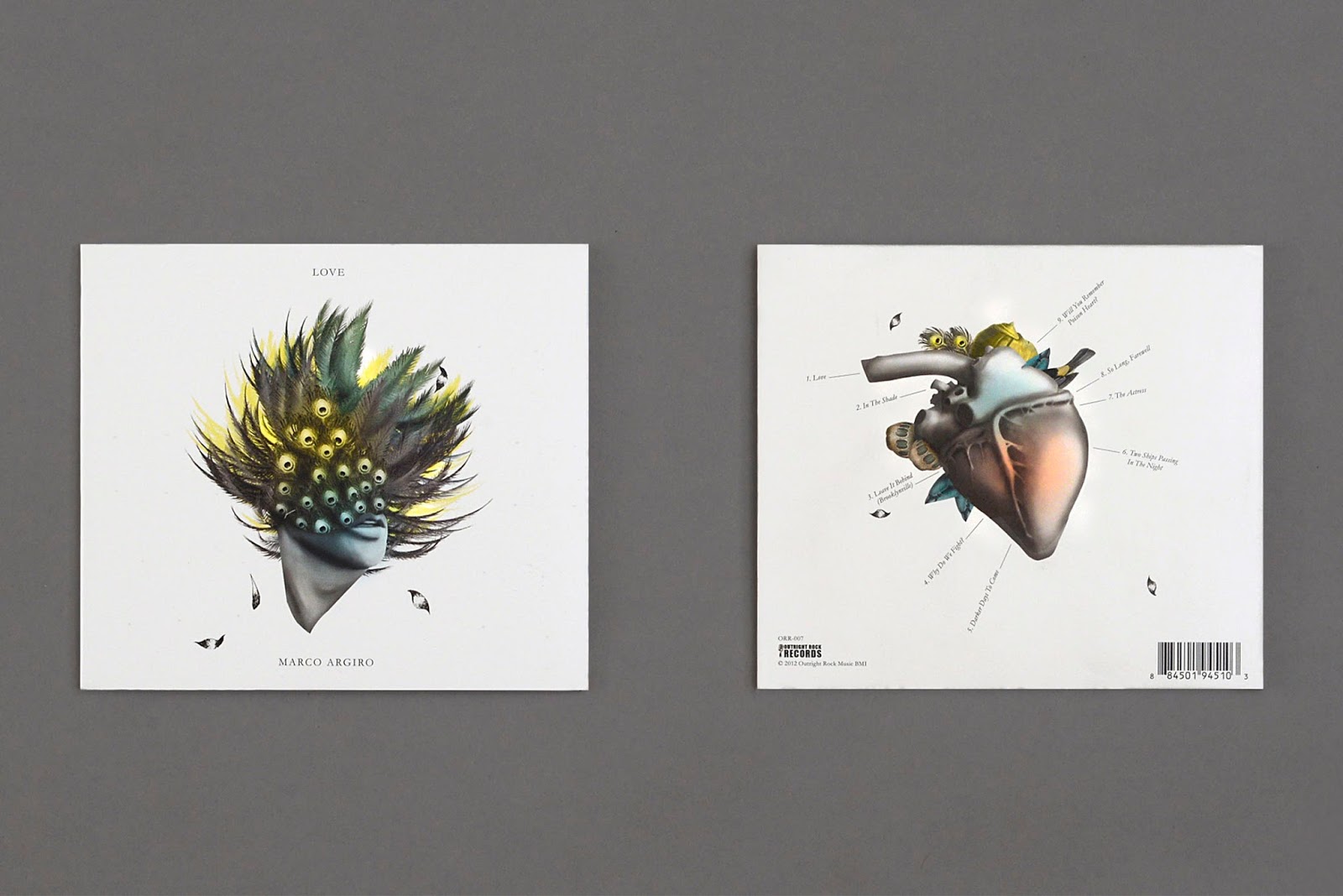 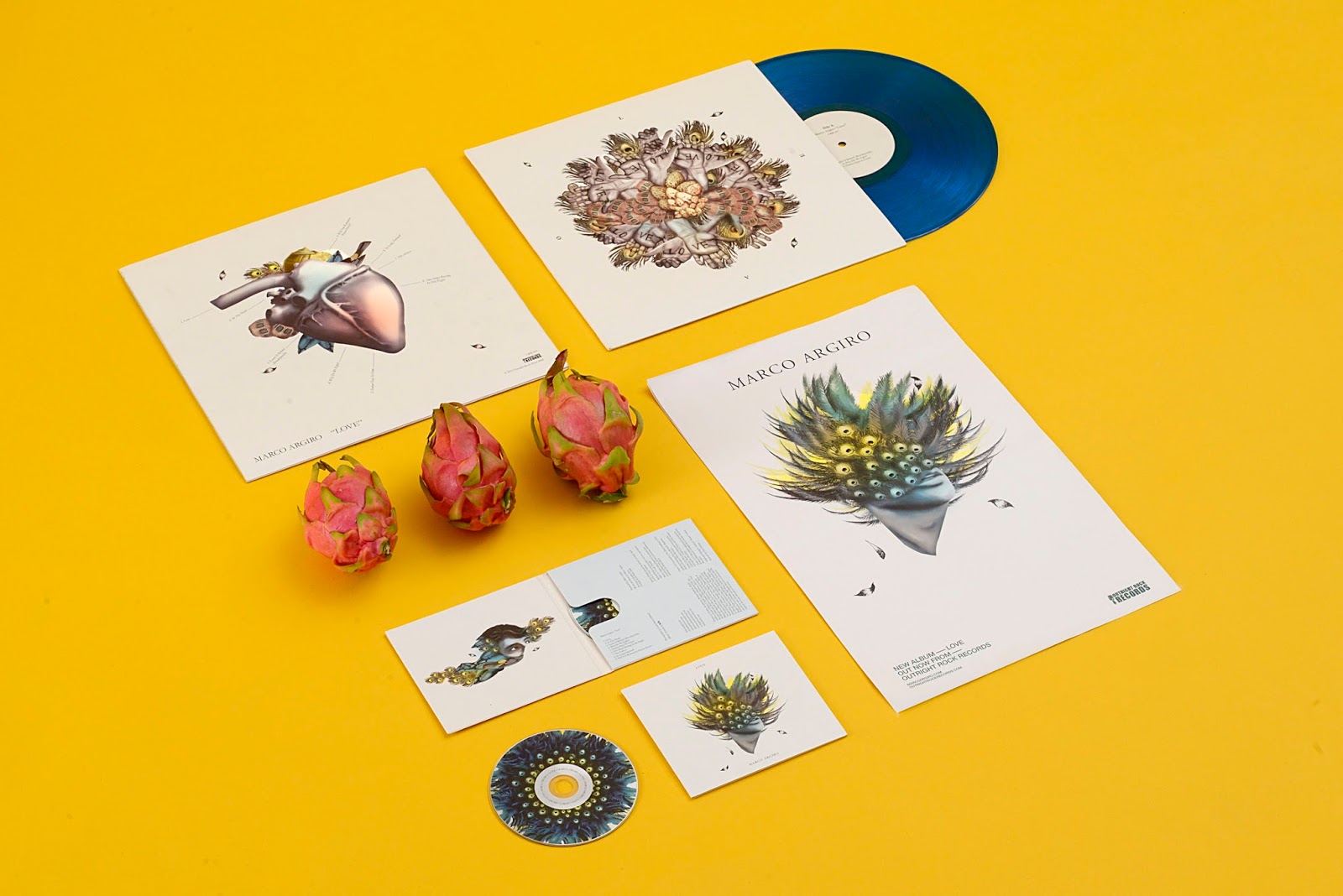