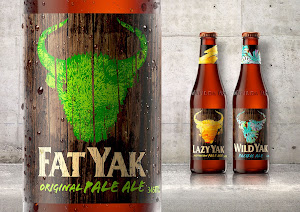 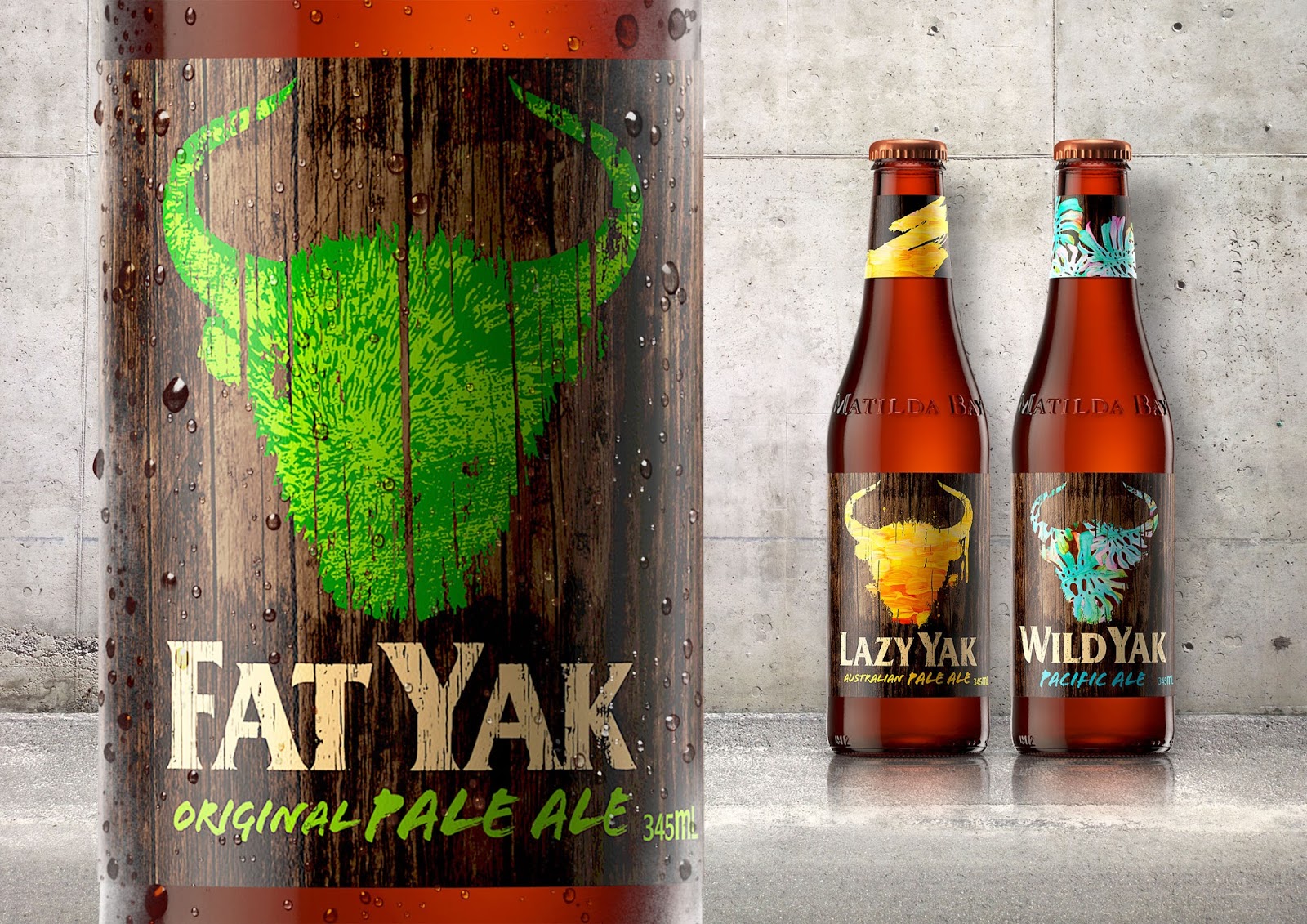 Craft beer in Australia has been been leading the way for over 30 years, and with that has brought a hugely competitive marketplace. Matilda Bay, Australia’s oldest craft brewer identified an opportunity to create a range of ales originating from its highest performing ale in its portfolio, Fat Yak.

WhatCameNext_ were tasked with creating the Yak Ales masterbrand and the redesign for the family of Yak ales that sit within the stable, creating a branded look whilst paving the way for future innovations. Each brew within the range has its own distinct personality which was brought to life through the strong iconic brand mark. Fat Yak, a big and hairy beast of a beer features the textured fur graphic, Lazy Yak, a summery easy drinking fellow features an abstract setting of the sun, and the newest addition, Wild Yak pacific ale features a tropical pattern taking its inspiration from the South Seas.

In a crowded market, strong standout was key whilst also giving the ability to hold together as a family across all the formats of bottles, cartons and six packs. Fat and Lazy Yak have recently relaunched in market with Wild Yak having premiered at the May’s Great Australian Beer Spectacular festival in Melbourne, launches nationwide in September. 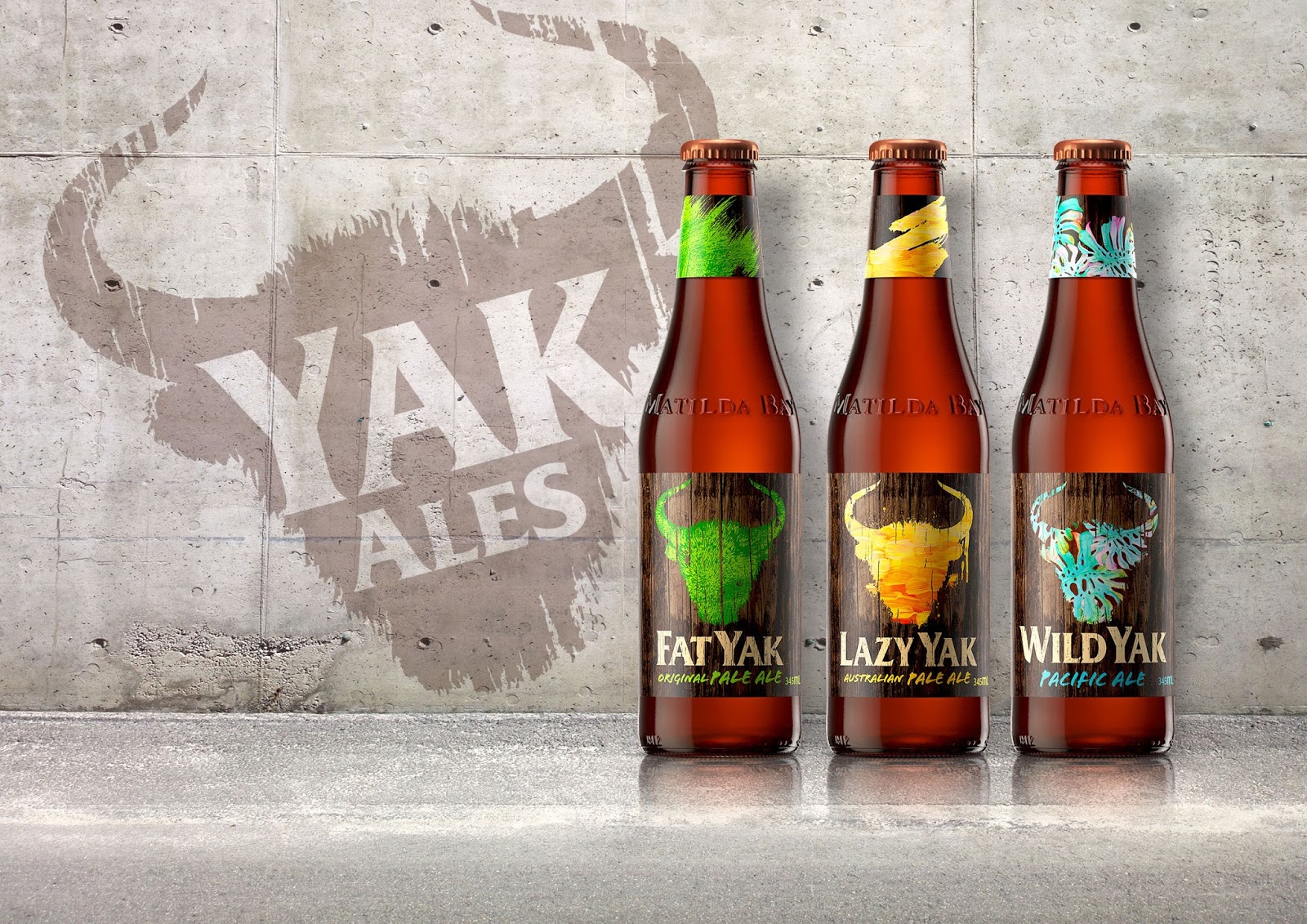 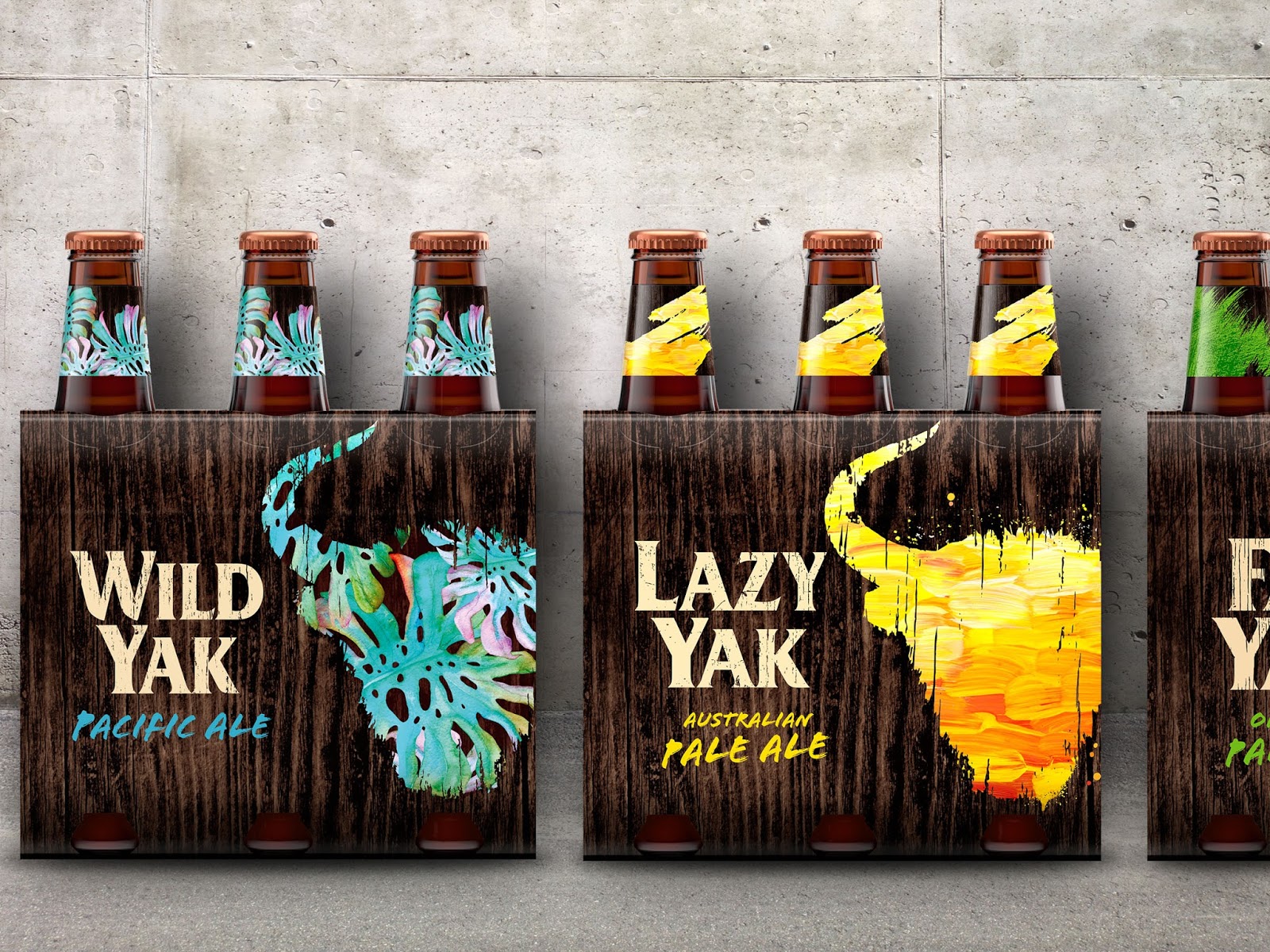 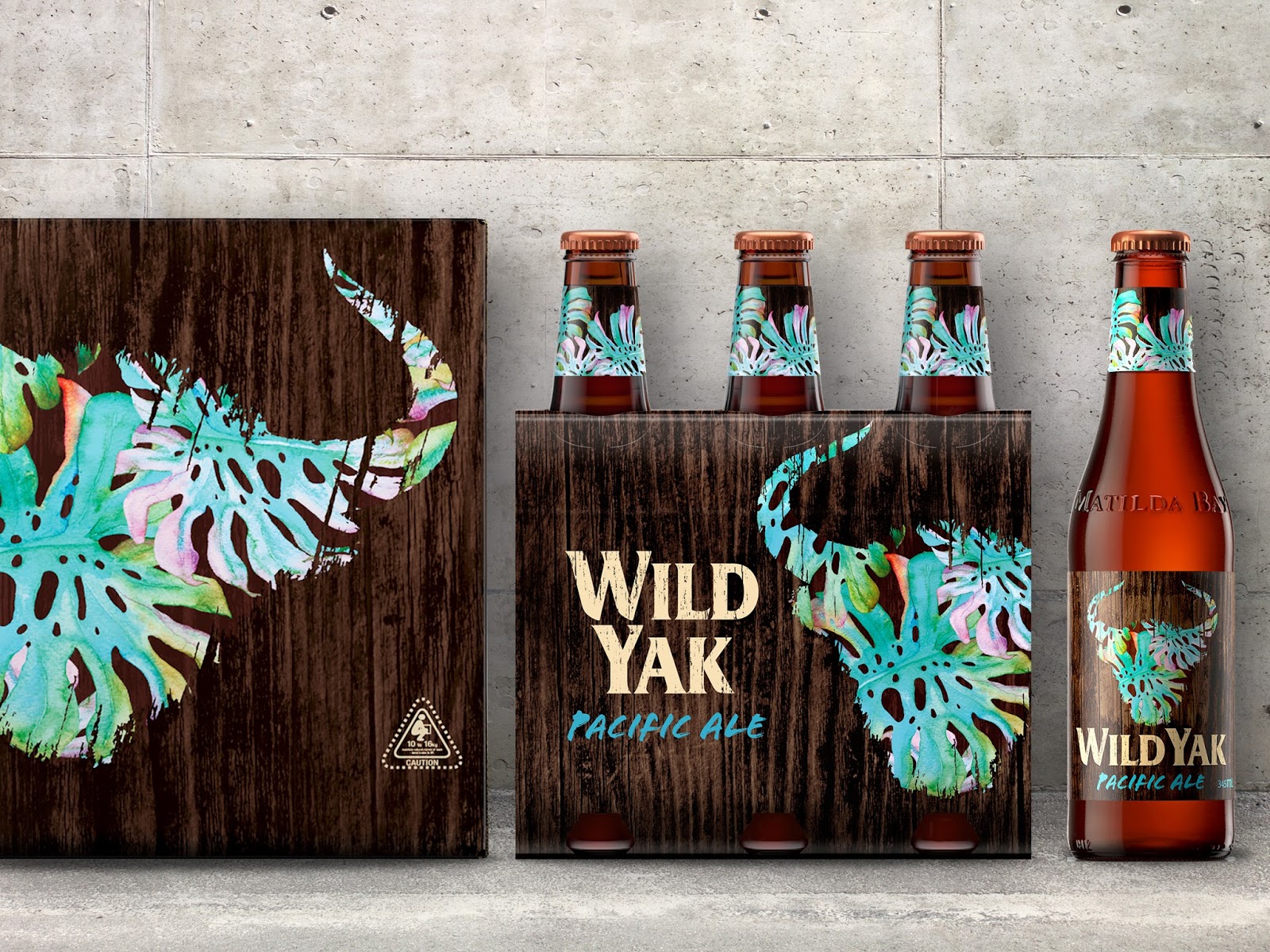 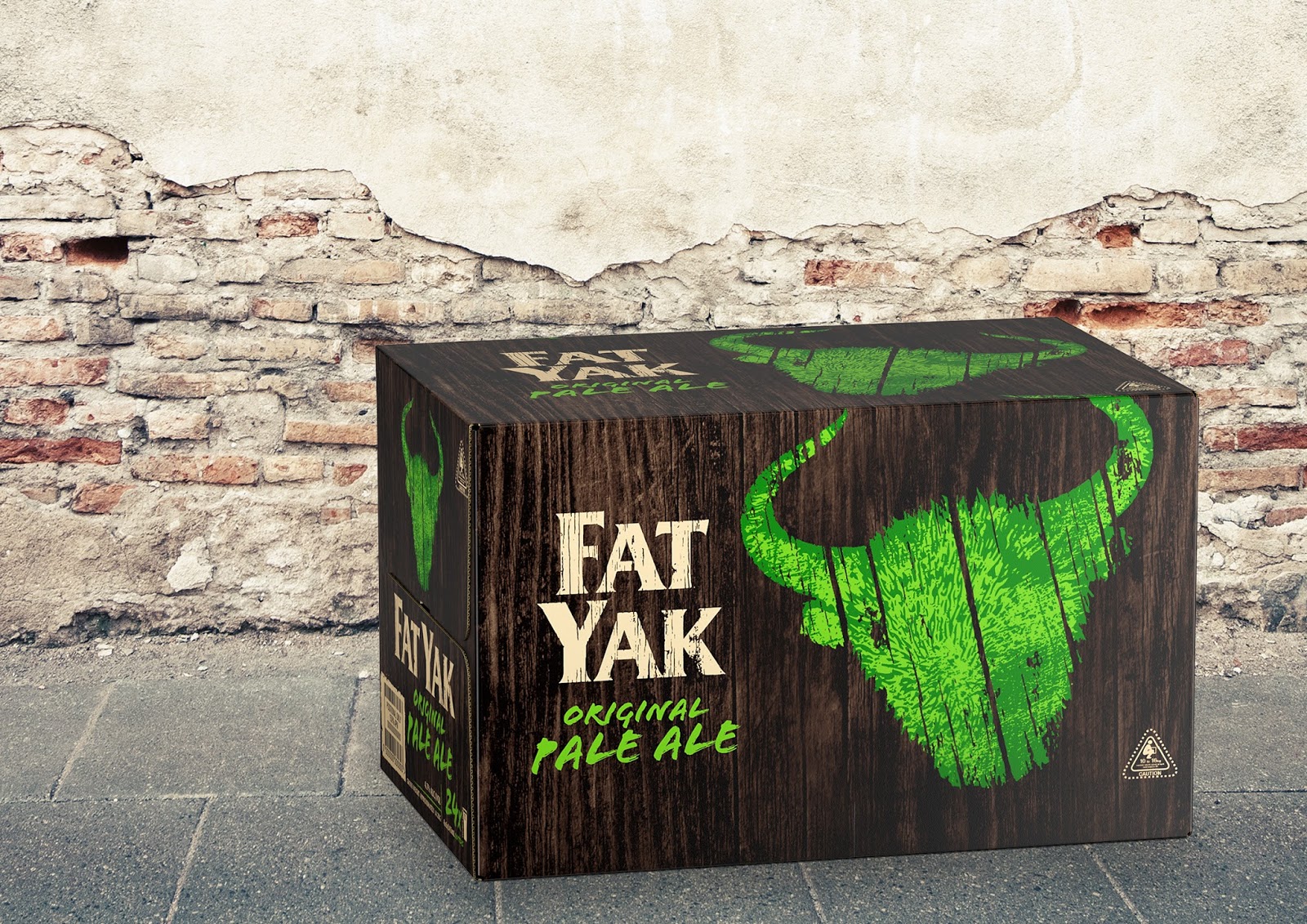 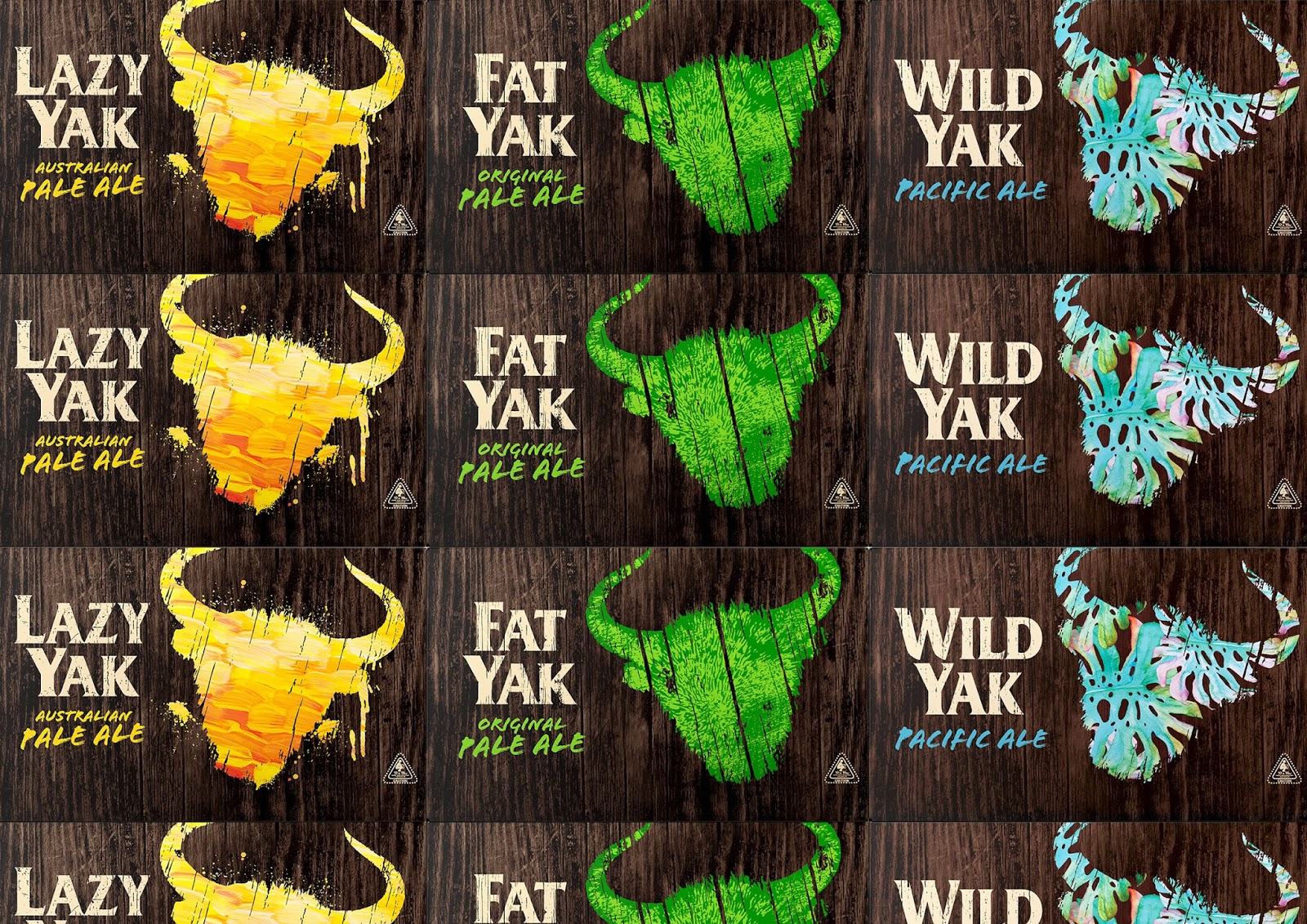 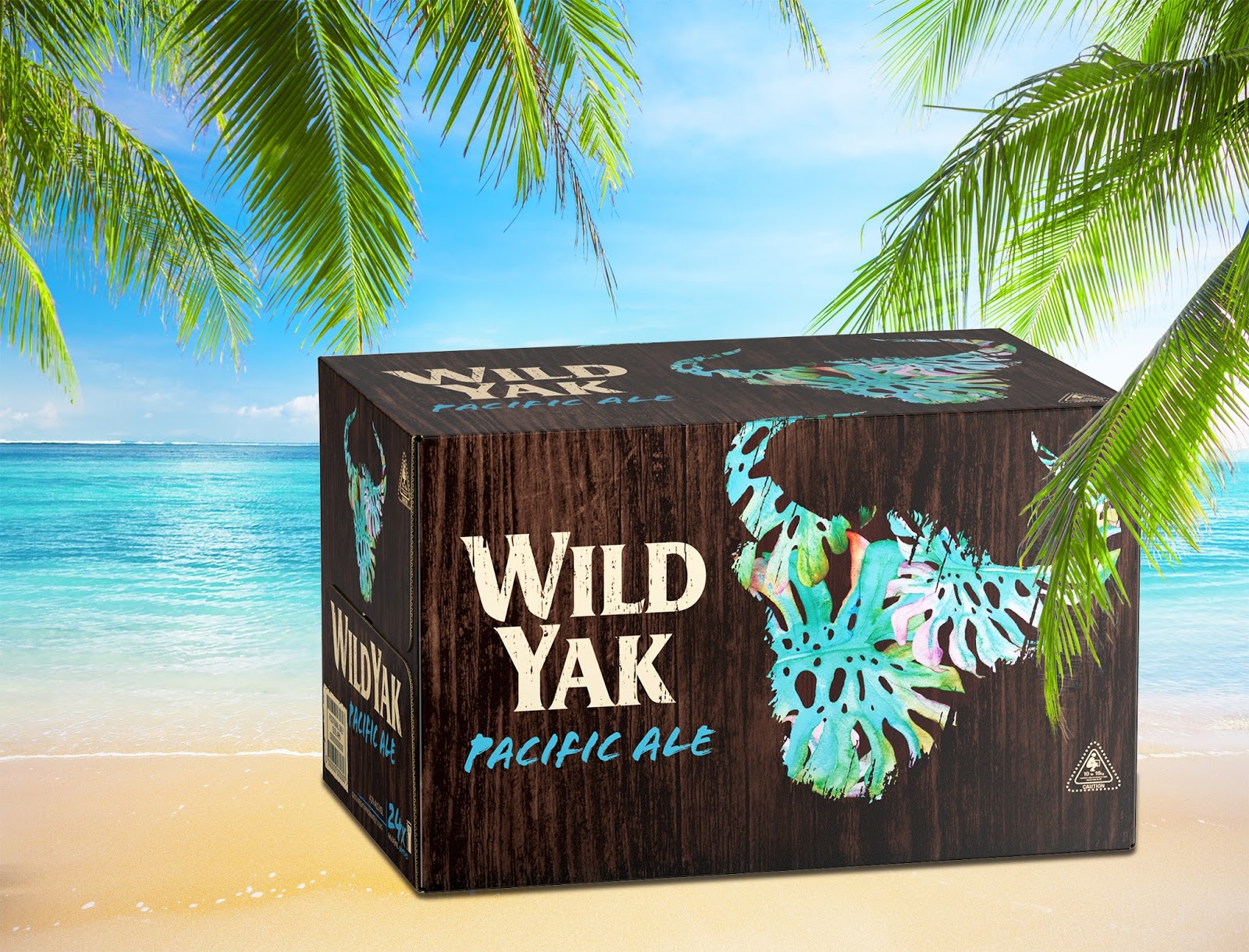