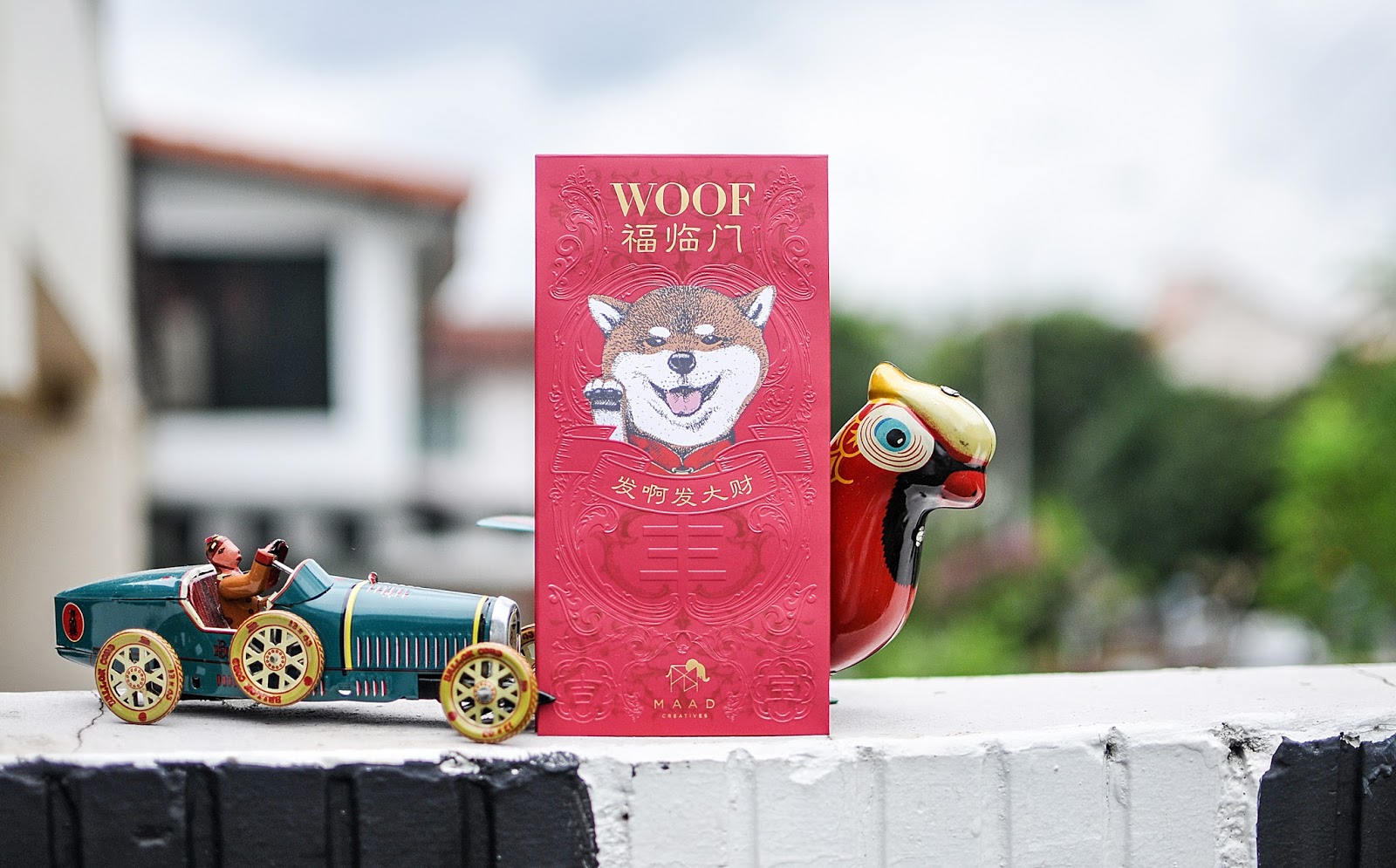 SINGAPORE – Chinese Red Packets are often discarded right after they are opened. Once emptied, the symbolic meaning is quickly forgotten. Design studio, MAAD Creatives, hopes the younger generation would recognise the latent meaning behind the tradition of ‘Hongbao’ exchange through meaningful design.

Inspired as an annual custom to thank their working partners who share their ethos, the studio sees itself doing it again for the second year. Paying homage to the Chinese Zodiac Dog sign for the upcoming year, Creative Director, Max Chionh, conceptualised a refined-version of the zodiac character.

‘YEAR OF THE DOG’ MEETS SOCIAL MEDIA.
The selection of a dog breed was pivotal in the design process. With more than 300 breeds and a visual diversity like no other, choosing the right dog for the masses was a challenge. But with social media launching the Shiba Inu into global limelight, through endless Doge memes, the choice became obvious. Furthermore, being a charming and graceful breed makes it a fitting option for all ages.

Steering away from convention, MAAD tactfully incorporated relevant messaging, with a concocted wordplay of 五福龄们, replacing ‘五’ with ‘WOOF’.

They also embraced the Singaporean identity with the use of the word ‘HUAT’ and the phrase ‘发啊发大财’ while including other auspicious characters like ‘丰’, ‘吉’ and ‘宝’.

THE DESIGN
With minimalism at its peak, MAAD opted for quasi-minimalism instead. Emulating the intricacies synonymous with Chinese culture which are reflected in the embossed and gold hot-stamp finishes, they have also added a subtle punch with an interior neon Pantone that racked up a design and production cost of approximately $5 per piece.

Printed in limited quantity and non-purchasable, the red packets will be made available to the public through a social media contest from 29 Jan to 2 Feb 2018. 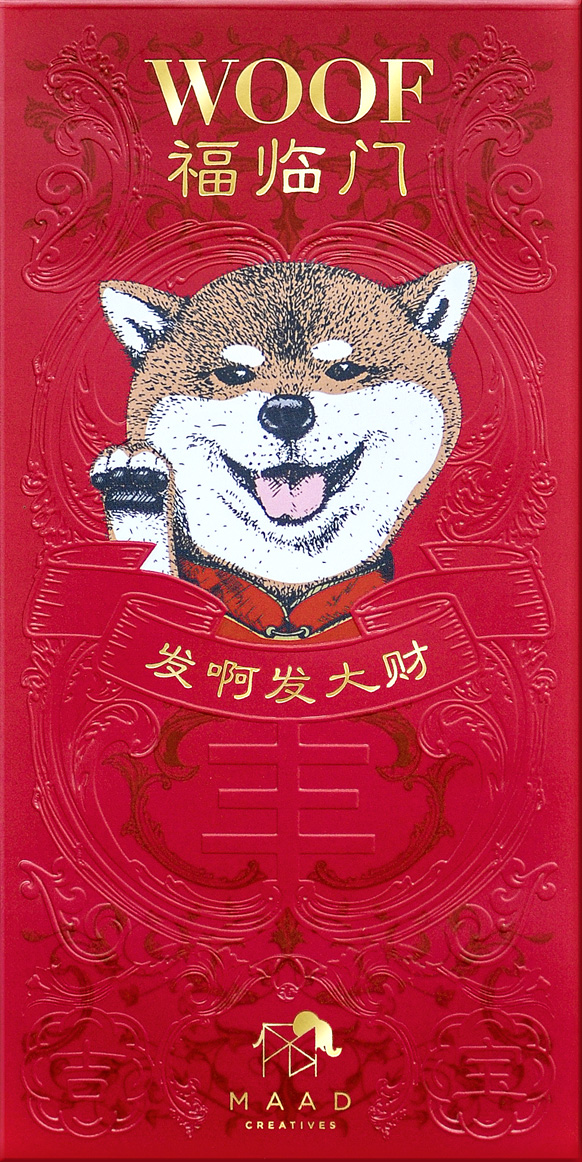 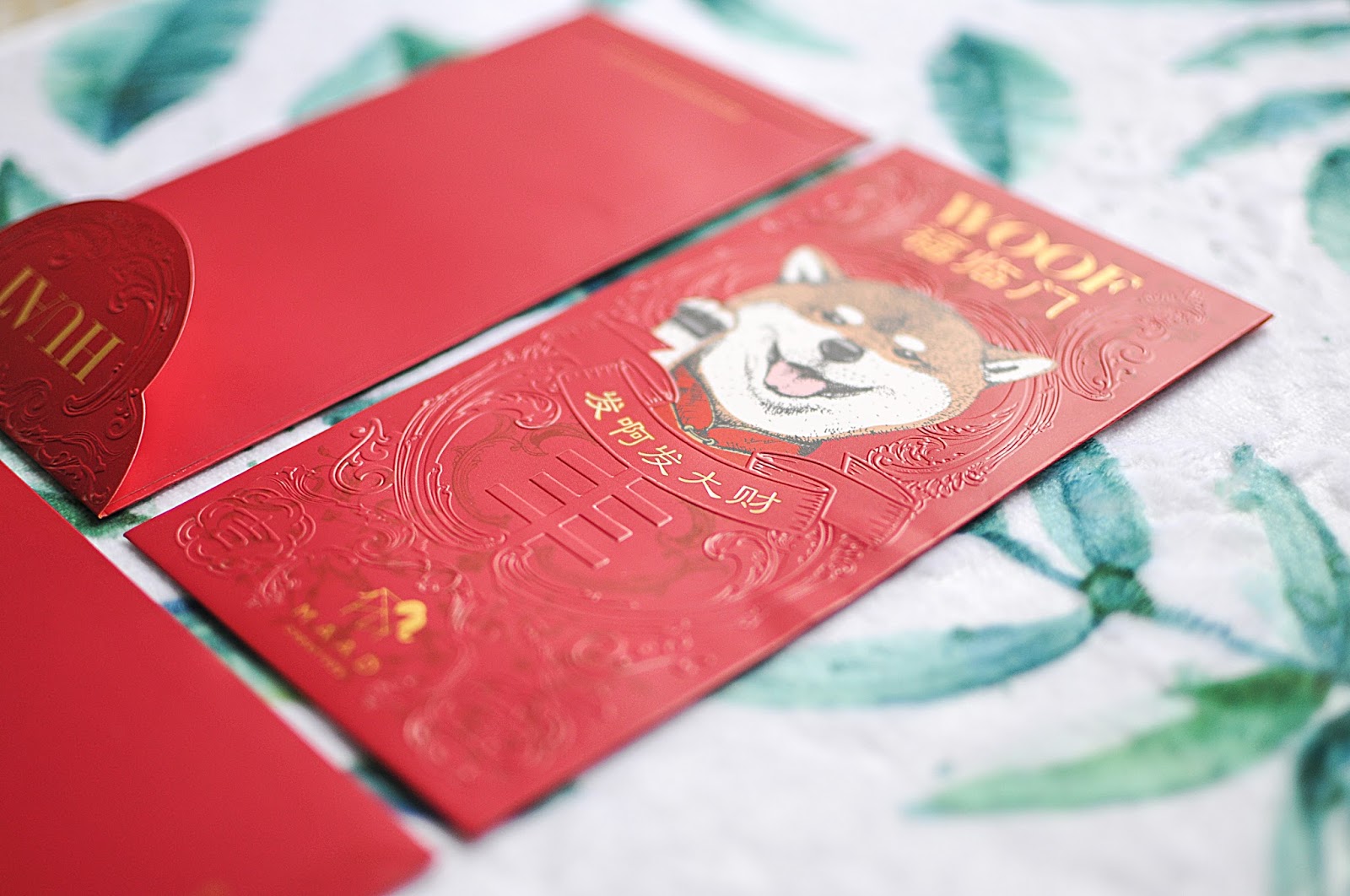