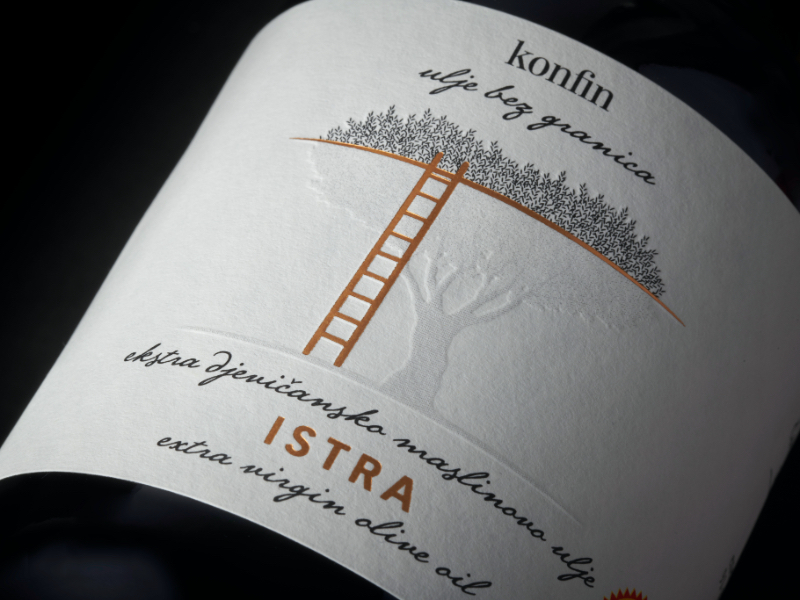 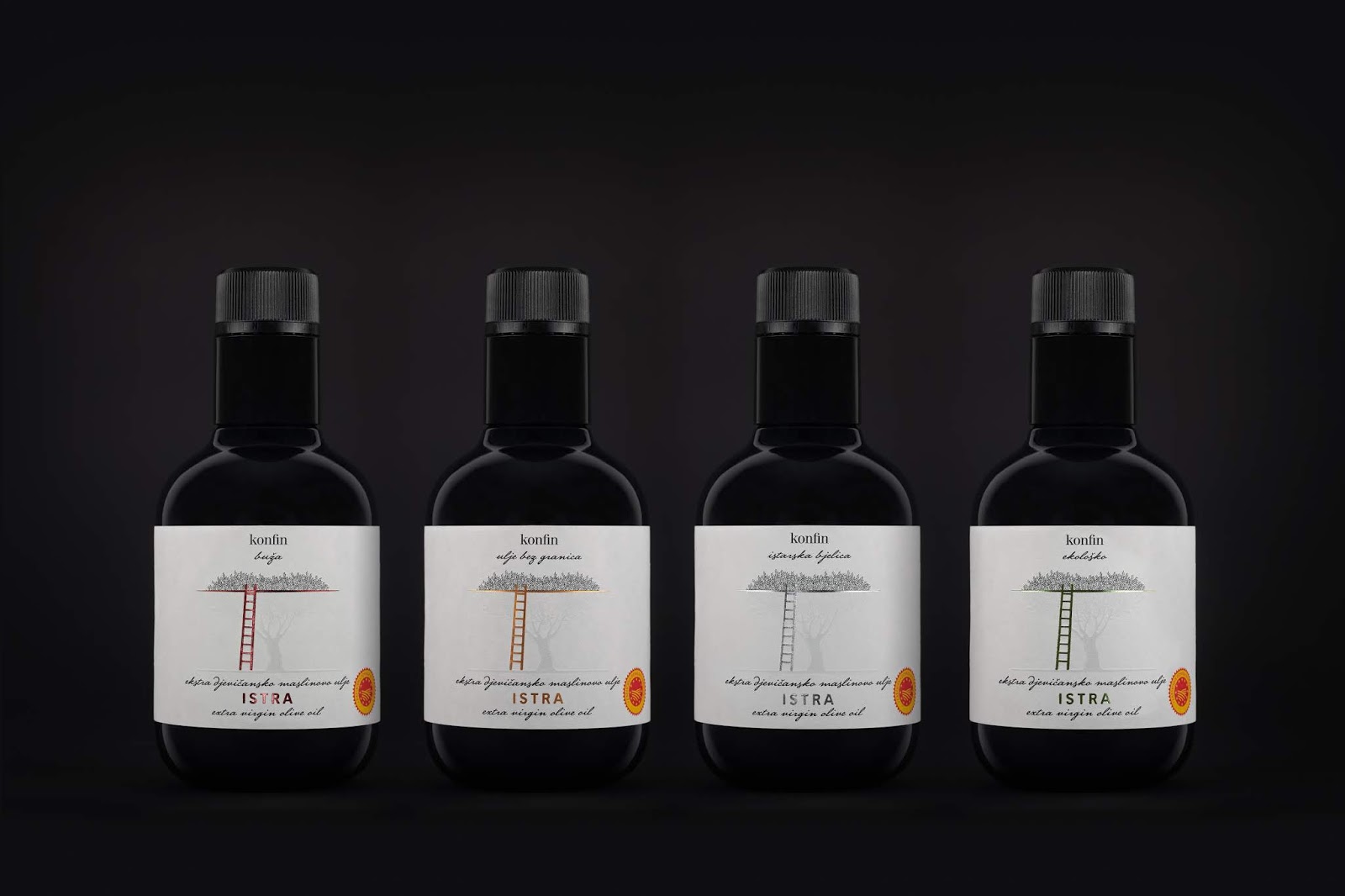 THE BRAND
The first Istrian cooperative of extra virgin olive oil producers was founded at the end of 2019, after almost ten years of efforts. It includes 66 members, both from the Croatian and Slovenian part of the region. The goal was to create a unique and original brand that truly represents the region and the producers.

We started from the beginning. The question posed was: ‘Why these EVOOs are one of the best in the world?’. The first reason is the hard work of the farmers with the long tradition of olive cultivation present in Istria since Roman times. The second one is the nature – the region of Istria is located on the 45th parallel north, which is considered to be the border of olive cultivation, forcing the olive tree to reach its maximum.

We named the brand Konfin, after the word for “border/confine” in Istrian dialect. It perfectly fits the essence of the cooperative – the production of EVOO on the very northernmost border of cultivation and, at the same time, the removal of borders among the members, now working together to create a high-quality product. The slogan “oil without borders – ulje bez granica” completes and concludes the whole story. 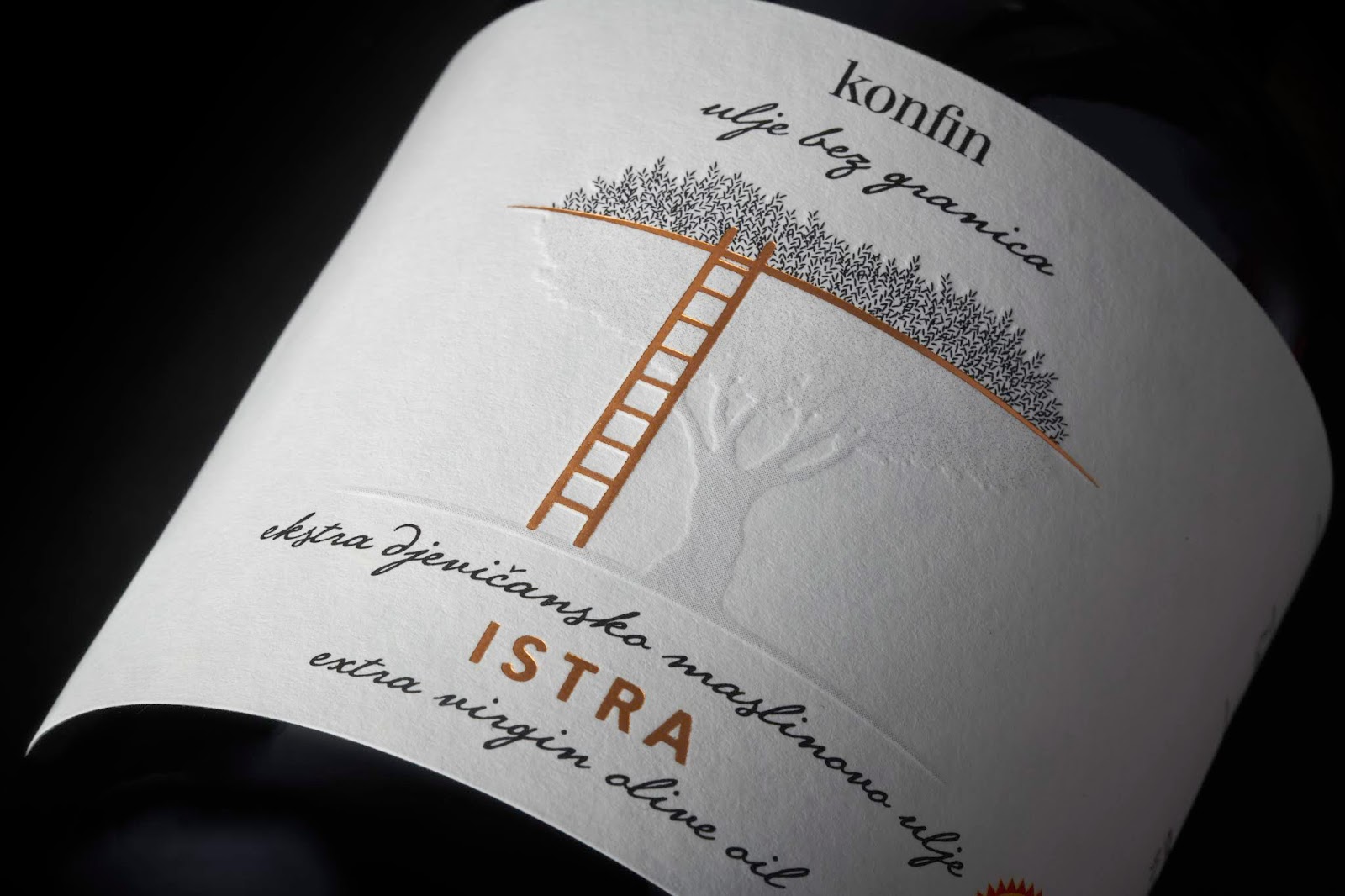 THE LABEL
The focus of the label is the embossed olive tree illustration, whose upper part is accentuated as a symbol of top quality olives harvested from the highest branches. Hot foil stamping is used to distinguish the line representing the northernmost border of olive cultivation (45th parallel). The line itself disappears at its extremities to communicate that barriers among the cooperative members have been deleted. The ladder metaphorically shows the gradual process of world affirmation of Istrian EVOOs.

The Konfin label is printed on Tintoretto Gesso Greaseproof, an exclusive paper that instantly eliminates the problem of oil stains. The exceptionally aesthetic qualities of the coarse paper imitate the dry farmer’s palms after days of hand-harvesting.

What’s Unique?
The label itself is very minimalistic but tells the story of the brand. It makes you question why the upper part of the tree is different? What is so special about the ladder? 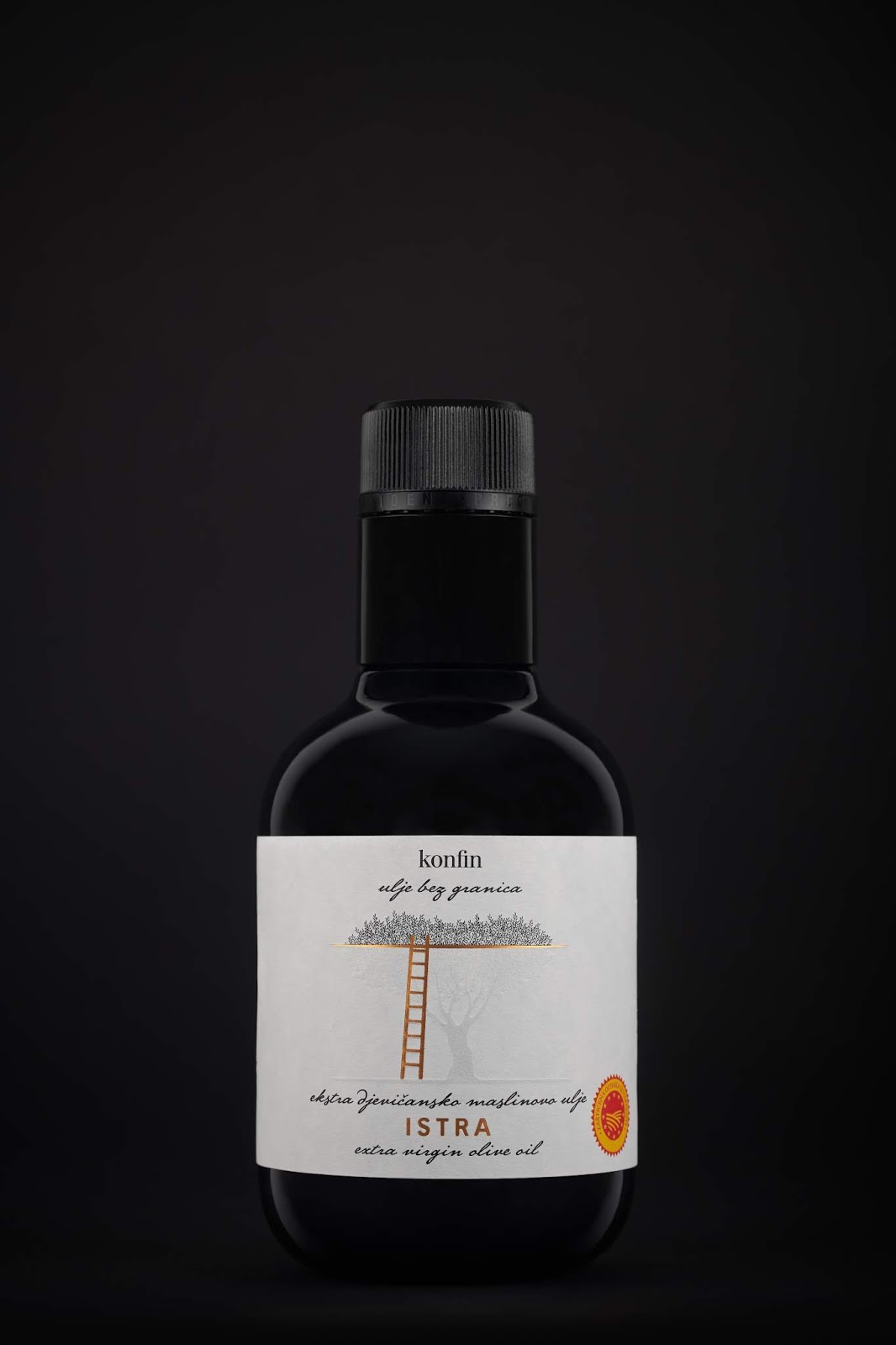 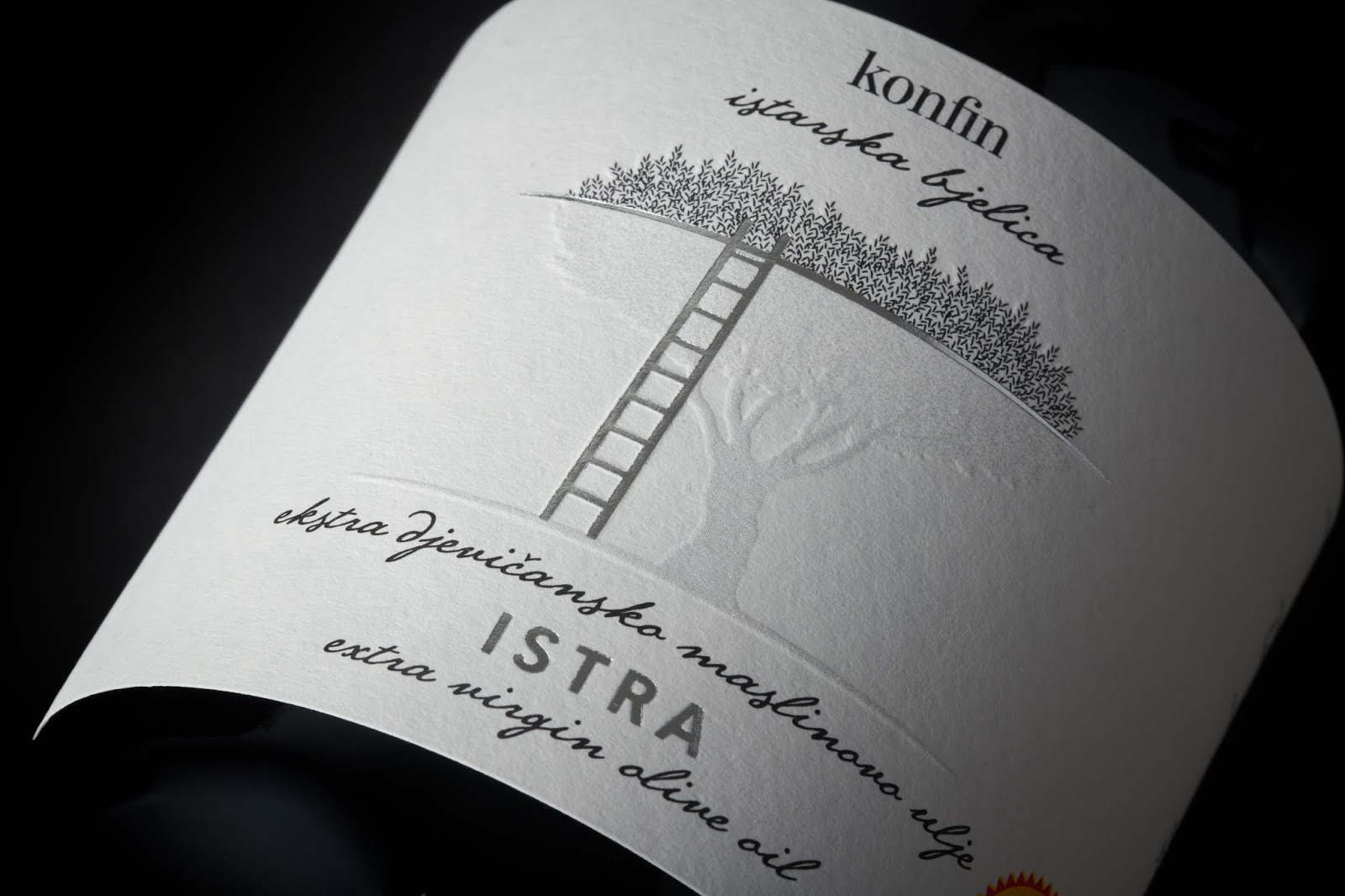 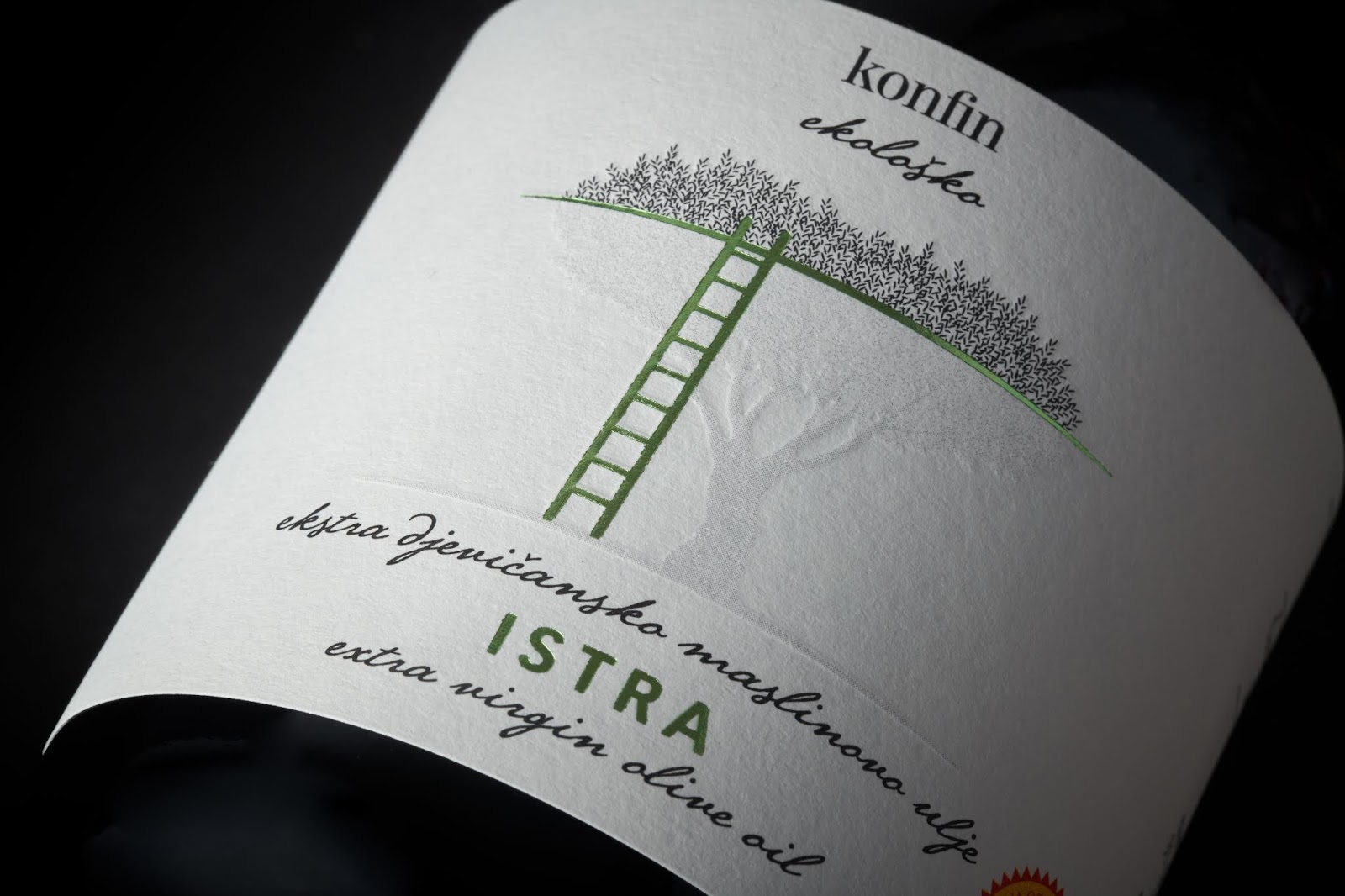 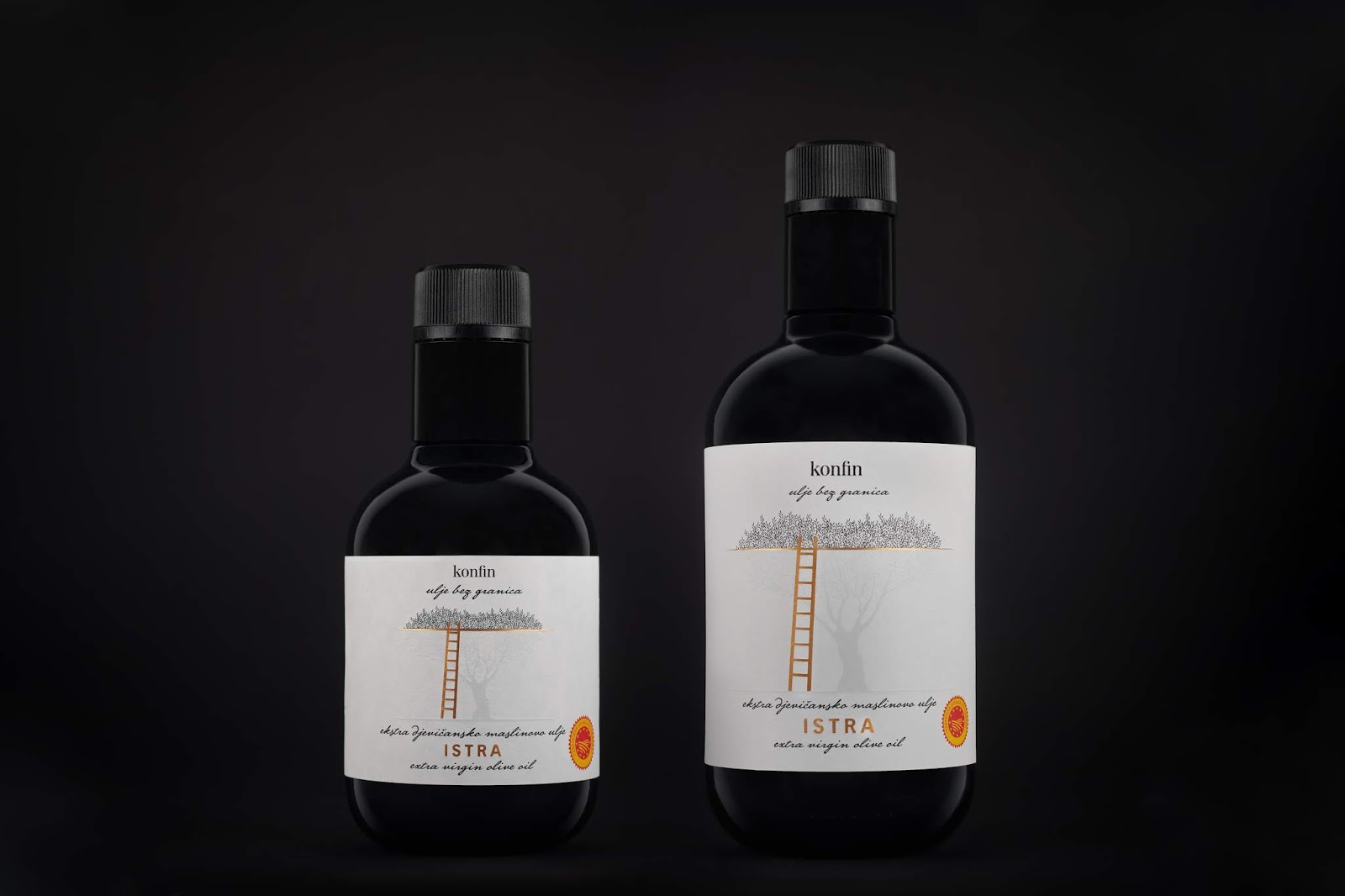 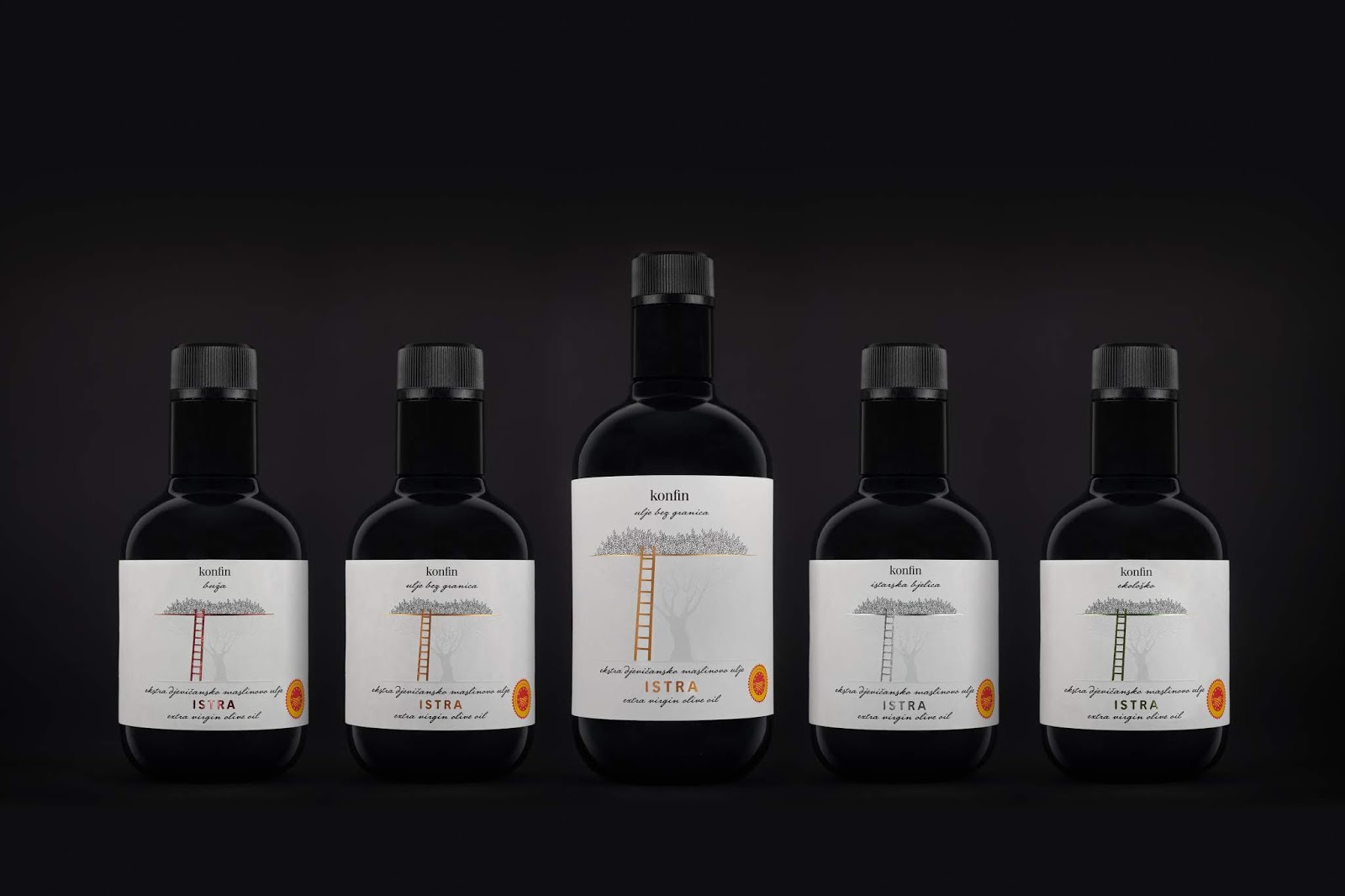