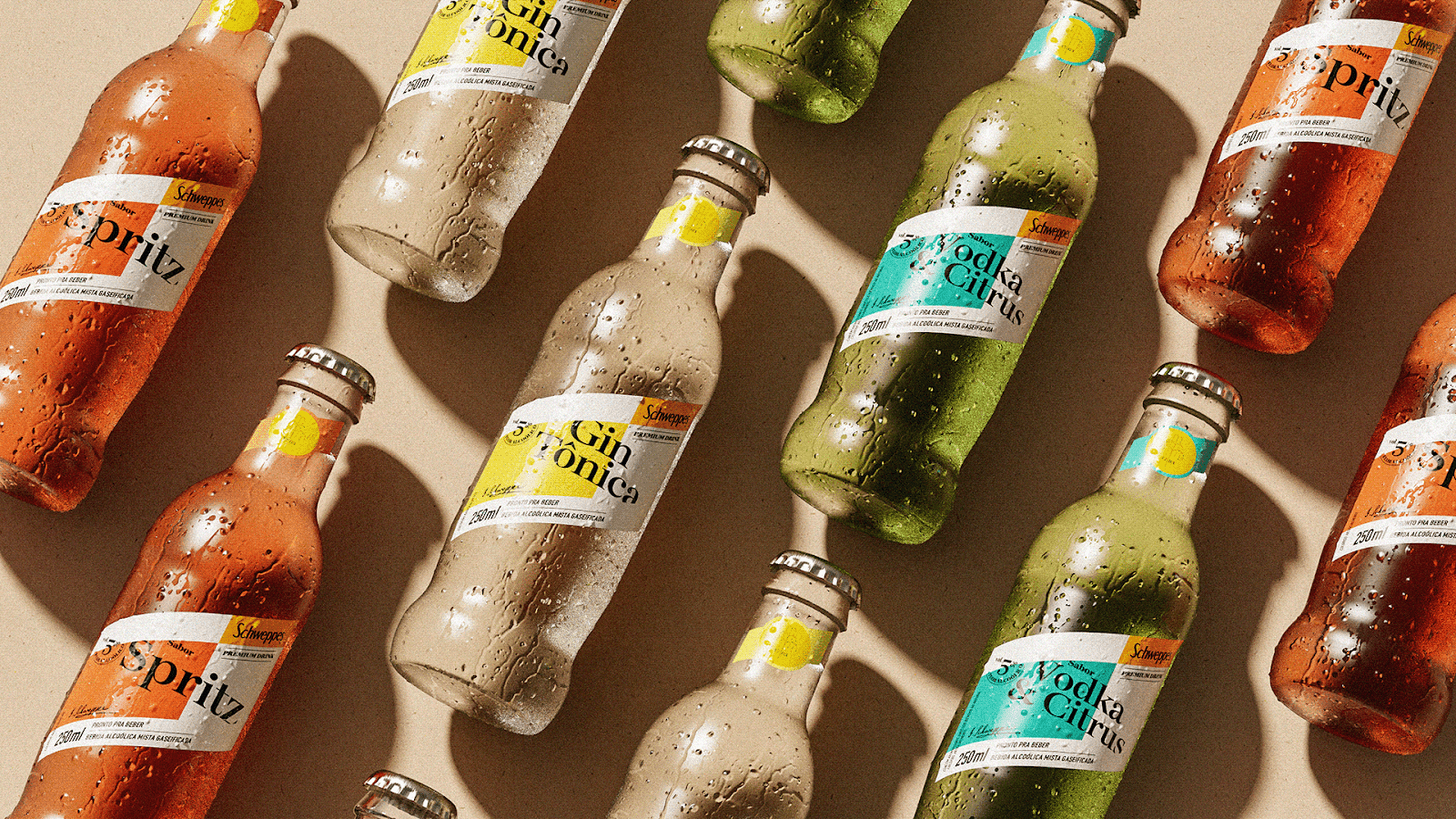 The creation of an identity connected to the universe of drinks, which could at the same time be flexible for the flavour innovation and also respect the Schweppes brand visual assets, was the challenge proposed by Coca-Cola Brasil to Pharus.

The concept behind the identity address the connection between the classic of century-old brand, a fundamental ingredient in the composition of many drinks, and contemporary expressed by the growing trend of consumption of ready-to-drink beverages on several occasions.

In its creative process, Pharus always starts from an immersion in subject to inspire and expand the field of knowledge of those involved in the project. The creative team studied the universe of mixology and the visual codes present in the packaging of alcoholic beverages, such as finishing, materials, in order to understand the composition of the sensory elements of these products.

After the immersion phase, the experimentation process was done at Studio Pharus, a space dedicated to artistic experimentation, in downtown São Paulo. Mixing different materials such as water, pigments and lenses, in addition to collage and photography techniques, were made to arrive at the first idea about the sensory of the identity of the new Schweppes line.

The collage process inspired both the visual creation, by mixing present in the elements of identity, and the verbal side, by the conception of “social flavor” idea, which exalts the mixture between people and moments.

After the experimentation, the team started to develop the identity using different softwares, playing with the Schweppes element “the sash” (diagonal strip), the typography Monday, from Foundry A-2 Type, and so on.

As a result, Pharus reached an elegant, young, flexible and coherent identity, which could express personality in its simplicity. The visual coherence is revealed in the easy identification of Schweppes codes, throughout the language, and flexibility represented in the infinite possibilities of the color code, by the diversity of the drinking universe.

For the launch of Schweppes Premium Drinks, the brand promoted parties in the Rio-São Paulo circuit, music and video “Pronto pro role”, performed by Karol Konká, Jonny Hooker, Haikaiss and other artists, in addition to creating a profile on Instagram – @prontoprorole – in order to be a platform of the urban cultural scene.

On May, the platform Dieline highlighted the case as a “Pack of the Month”: “This premium line of beverages has a retro-feel, almost like an Italian soda straight out of a Fellini flick”- said Dieline. 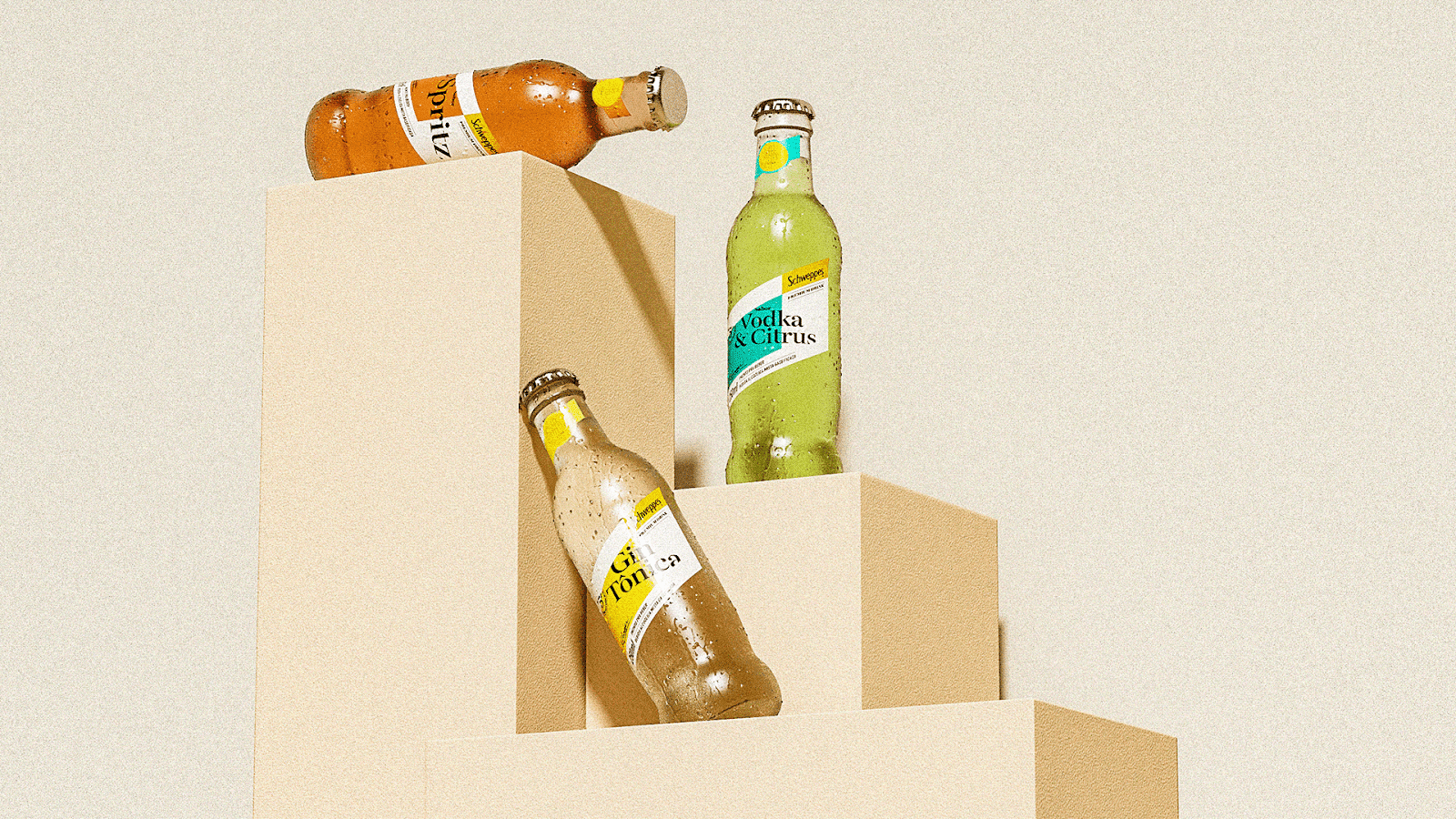 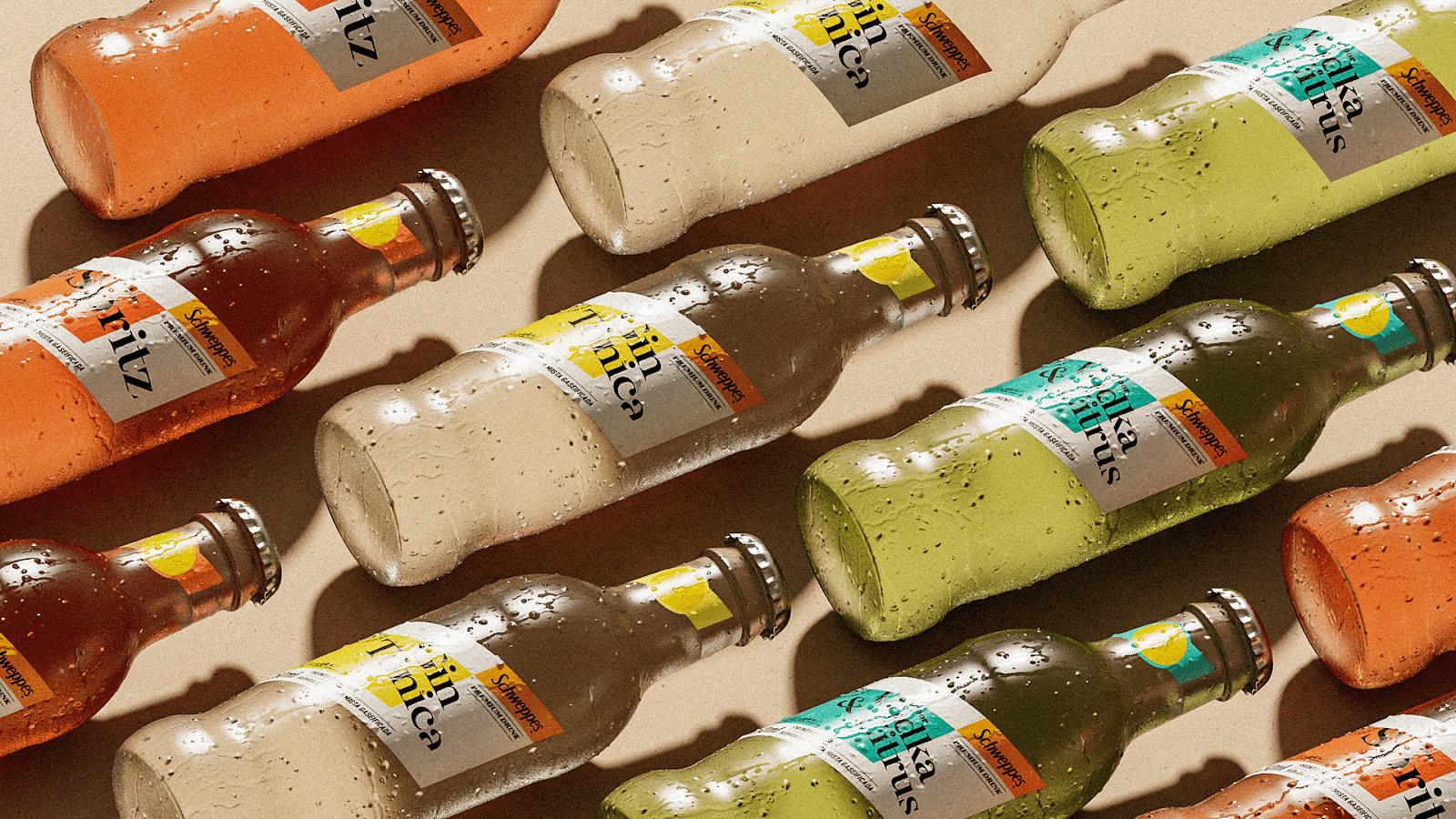 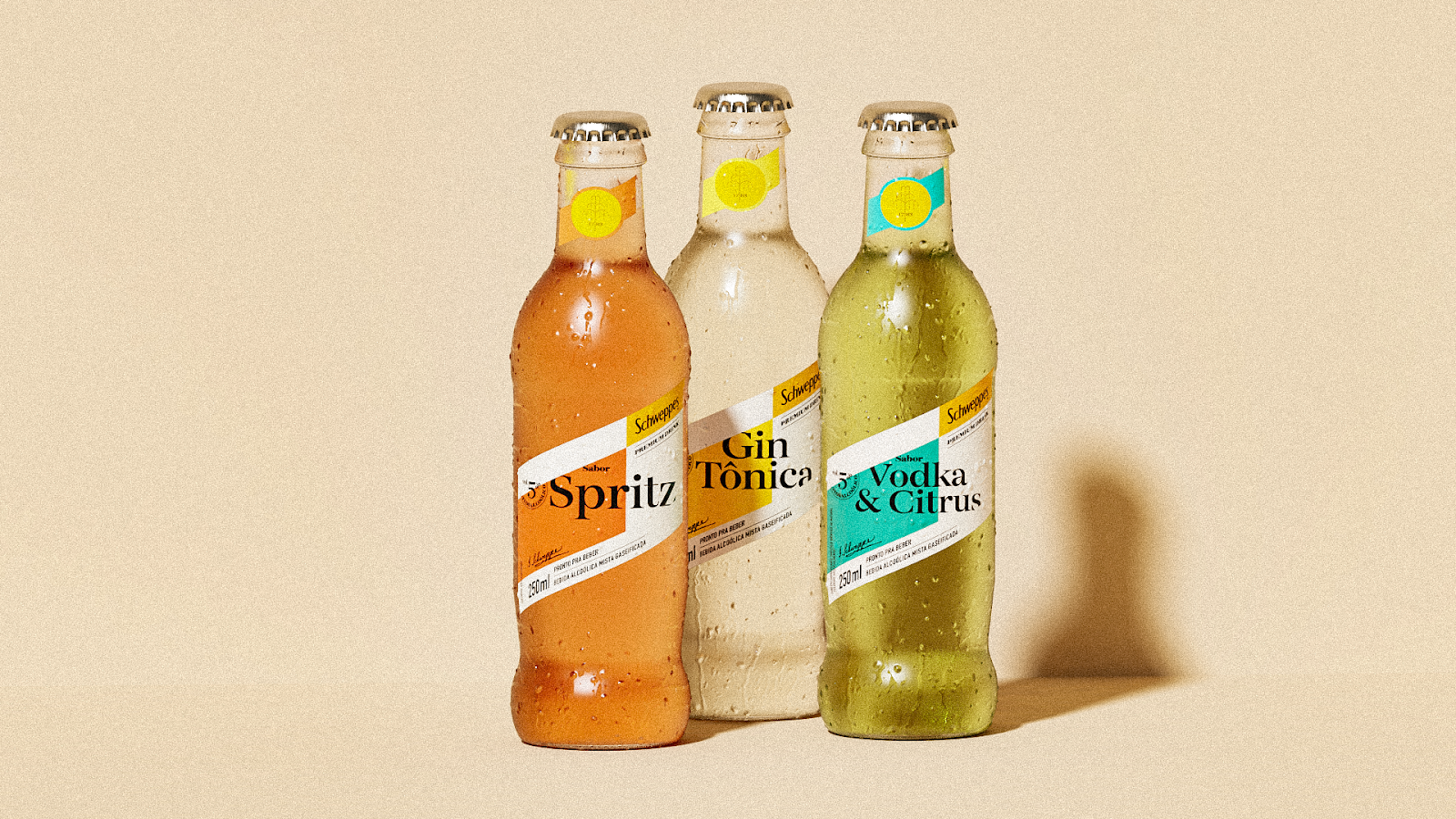 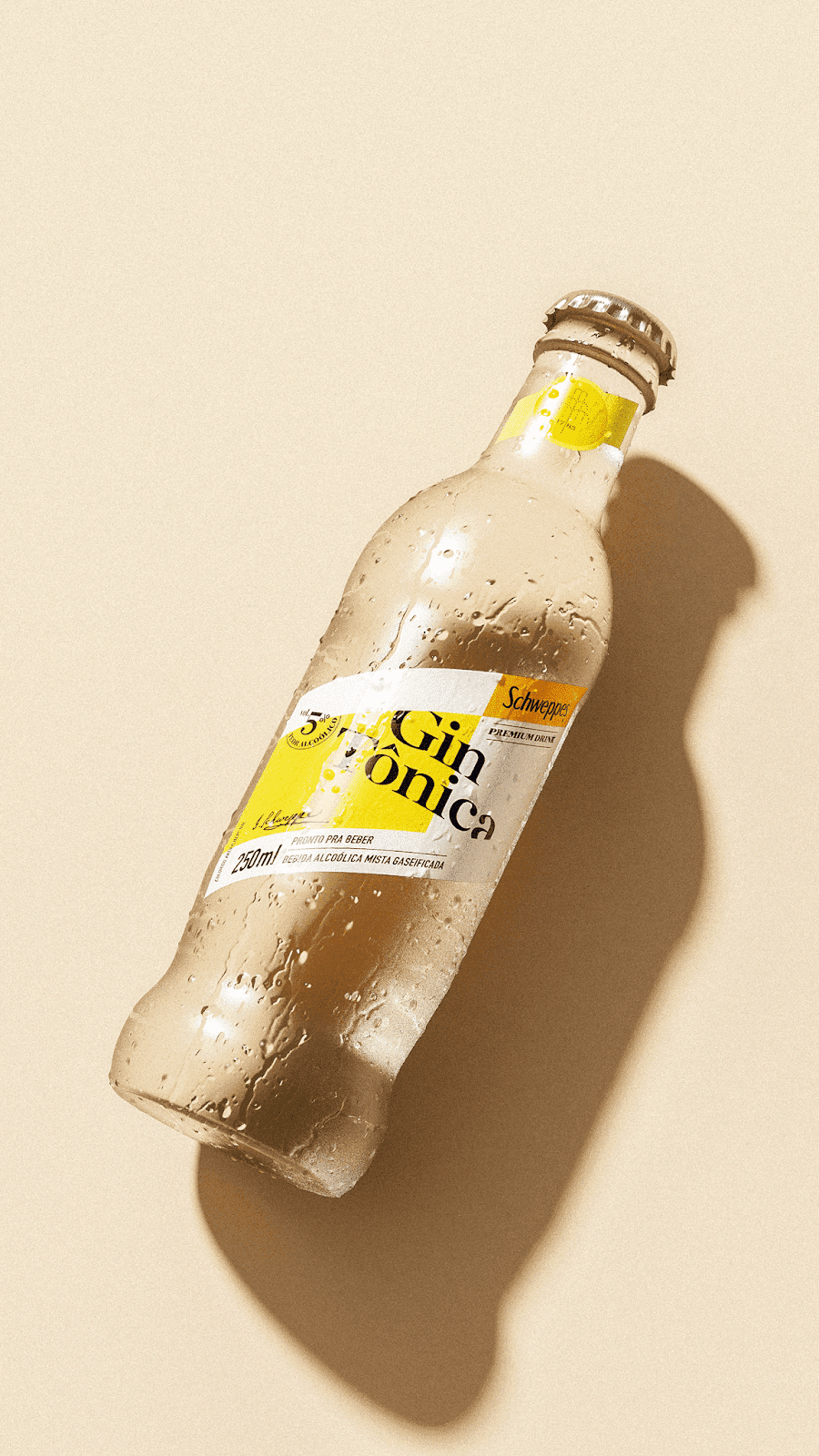 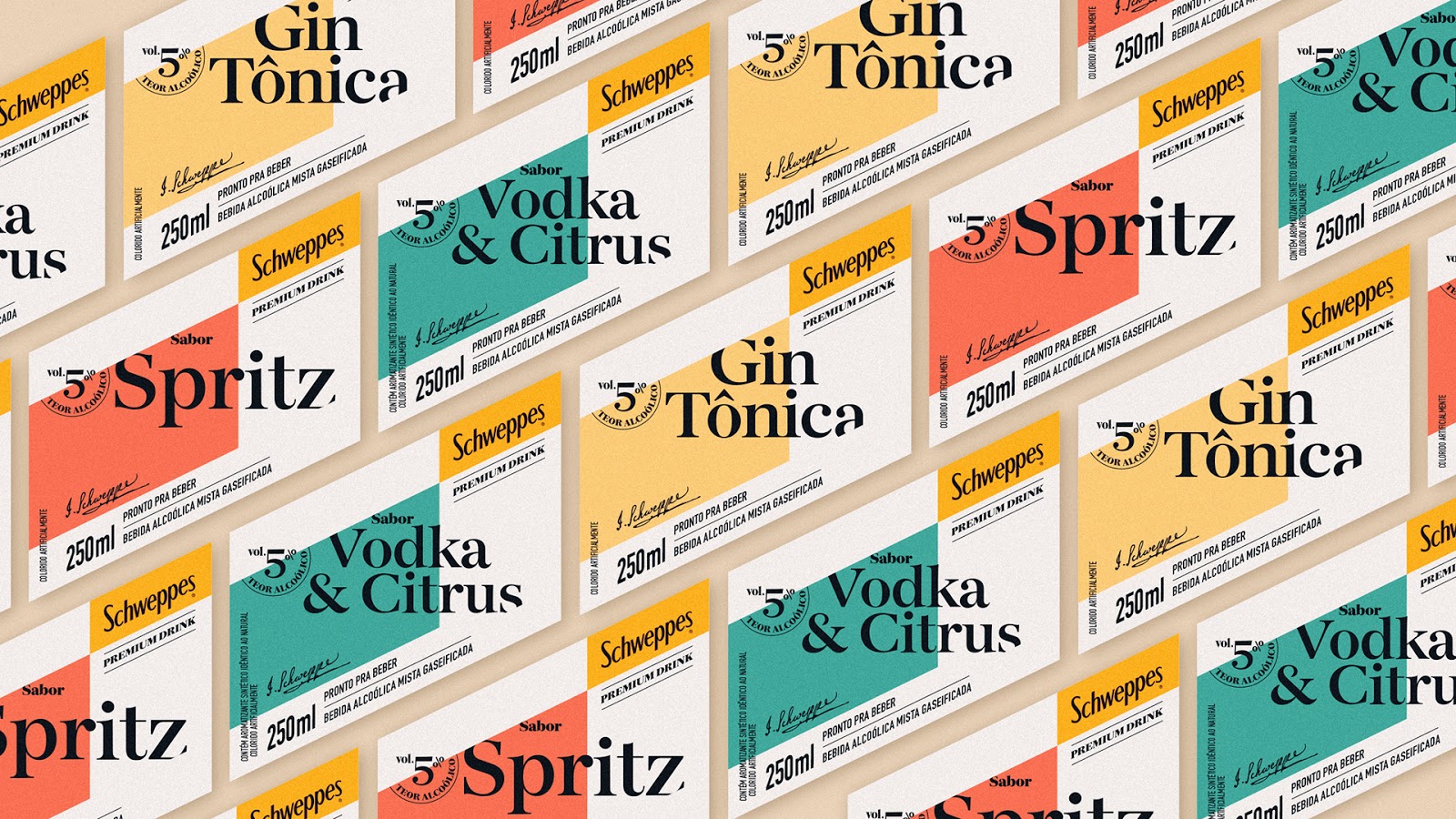