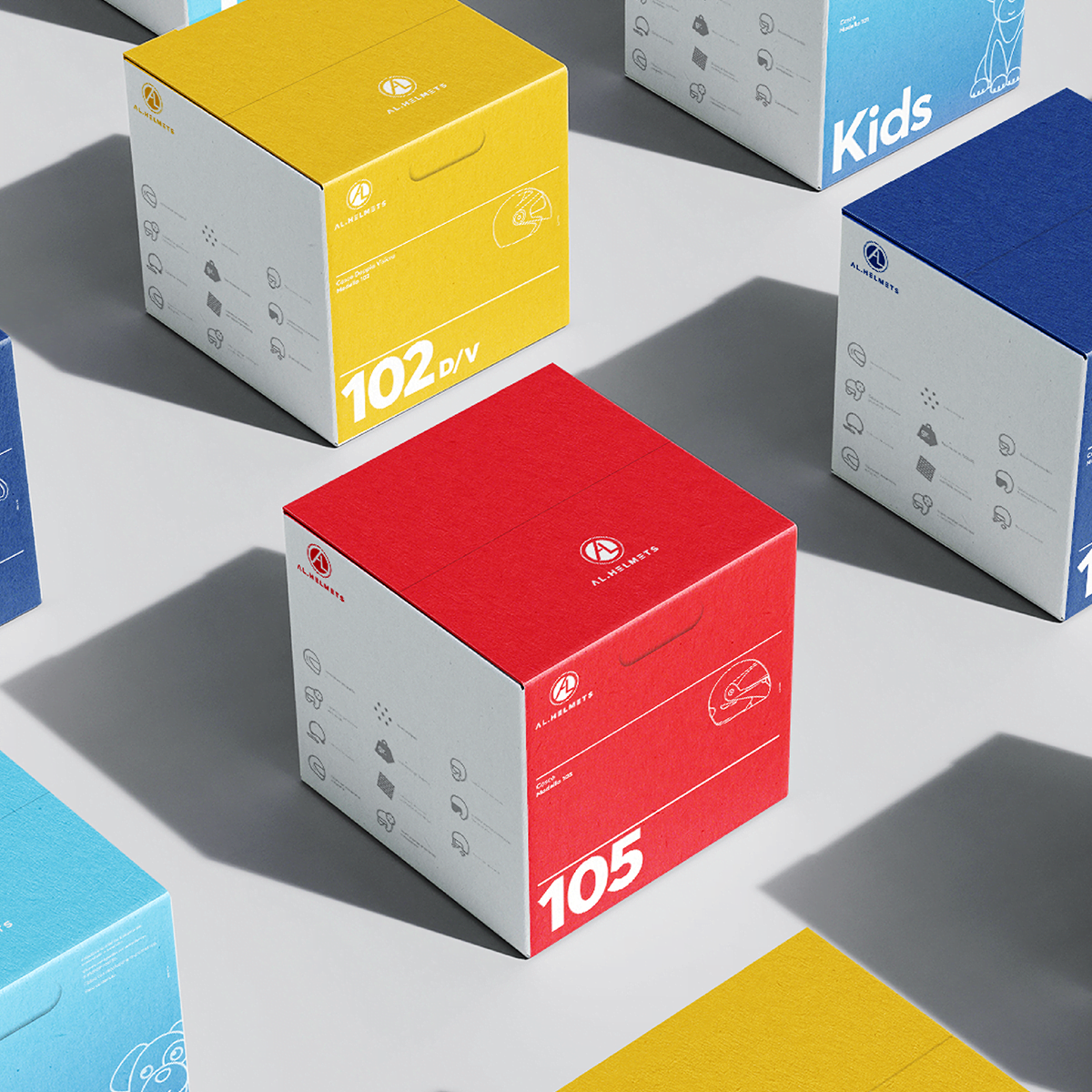 — The brand
AL Rappresentanze is an Italian company founded in 2005 that produces and sells spare parts and accessories for cars and motorbikes. Over the years the company has marketed its products using three sub-brands, all of which share the suffix AL: AL Car, AL Helmets, AL Batteries.
Research, innovation and creativity are the cornerstones of the company’s philosophy. AL Rappresentanze strives to find the perfect meeting point between quality of materials, design, safety, comfort and practicality of use.

— Concept
The client asked us for a rebranding operation that could modernize the old logo, a brand that could take the brand beyond the Italian borders and that could compete with the competition. Our goal was to simplify the logo, to design a symbol that could work even if it was not accompanied by the logotype. We took inspiration from the logos of some famous car and motorbike brands, but especially from the minimal restyling that many of them have had in recent years. We combined the ‘A’ and the ‘L’ so that the result was a modern monogram, enclosing it within the intent of a round emblem.
We wanted a base colour that would be reminiscent of the automotive industry and that would set off the entire visual identity, so we opted for a classic red and a metallic version that could be used in specific areas.

— IconsWe created a set of icons for use in packaging and catalogues and stylised the three main types of motorbike helmets sold by the company.

– Packaging
Over the last three years, we have created a lot of different packaging, each one dedicated to a specific product. For motorbike helmets, the aim was to create minimal, multi-coloured packaging. Retailers and hypermarkets usually dedicate an entire wall or shelf to these boxes, placing them next to each other, often in several rows. We wanted any customer entering one of these retailers to be immediately attracted by the coloured boxes. In the months following the sale of the helmets with the new boxes, we received a positive sales response, with an increase of almost 35%. 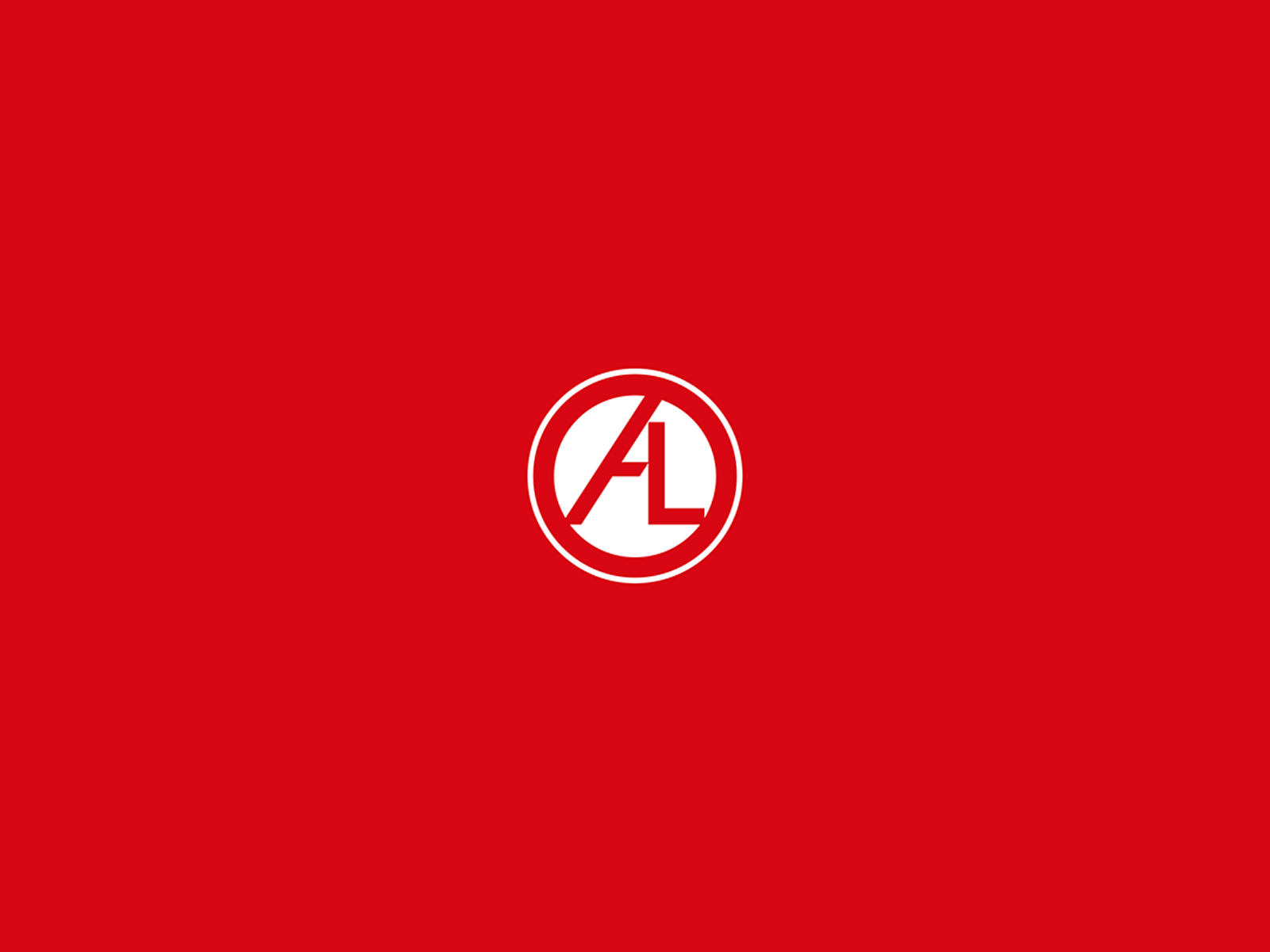 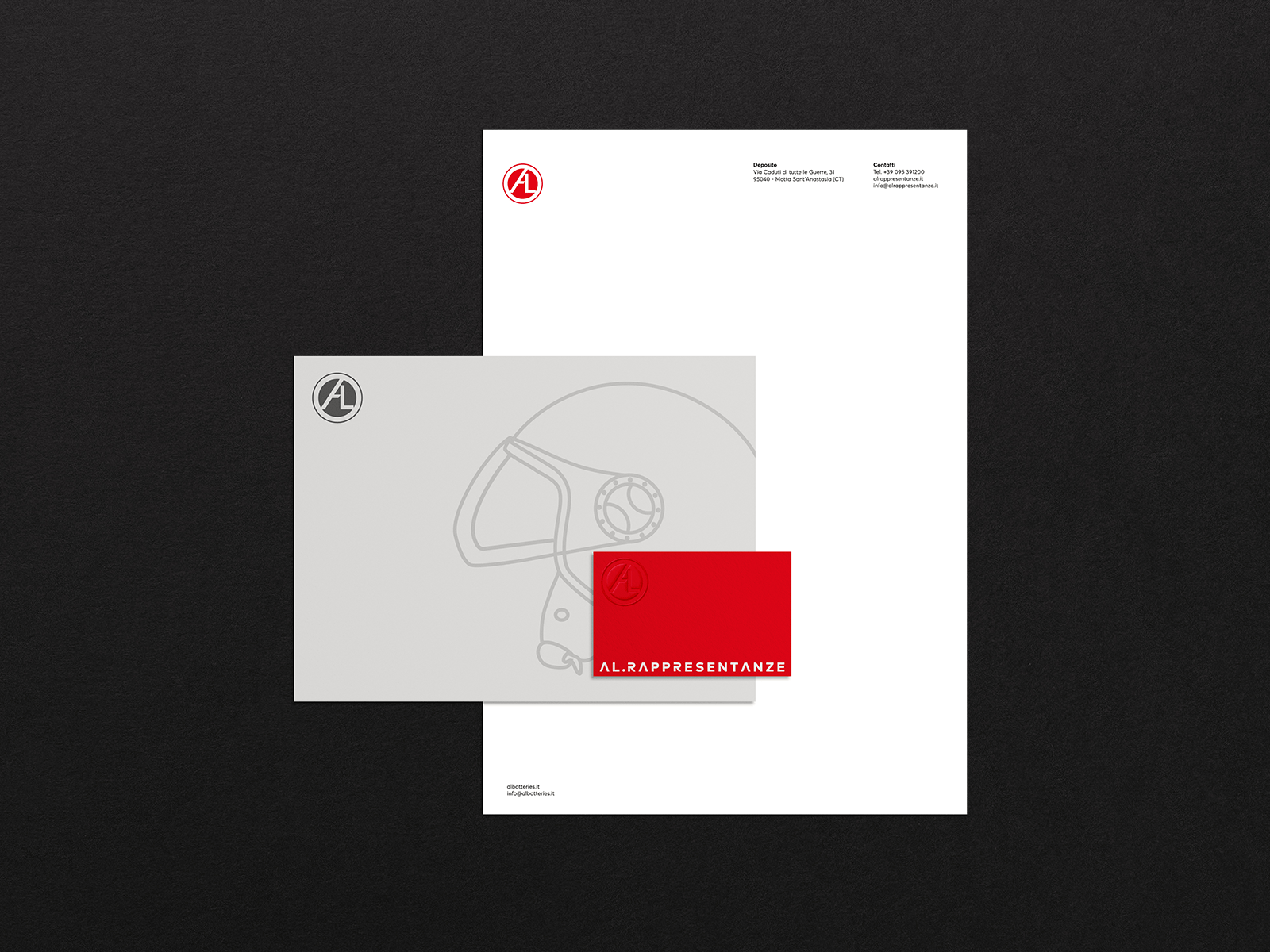 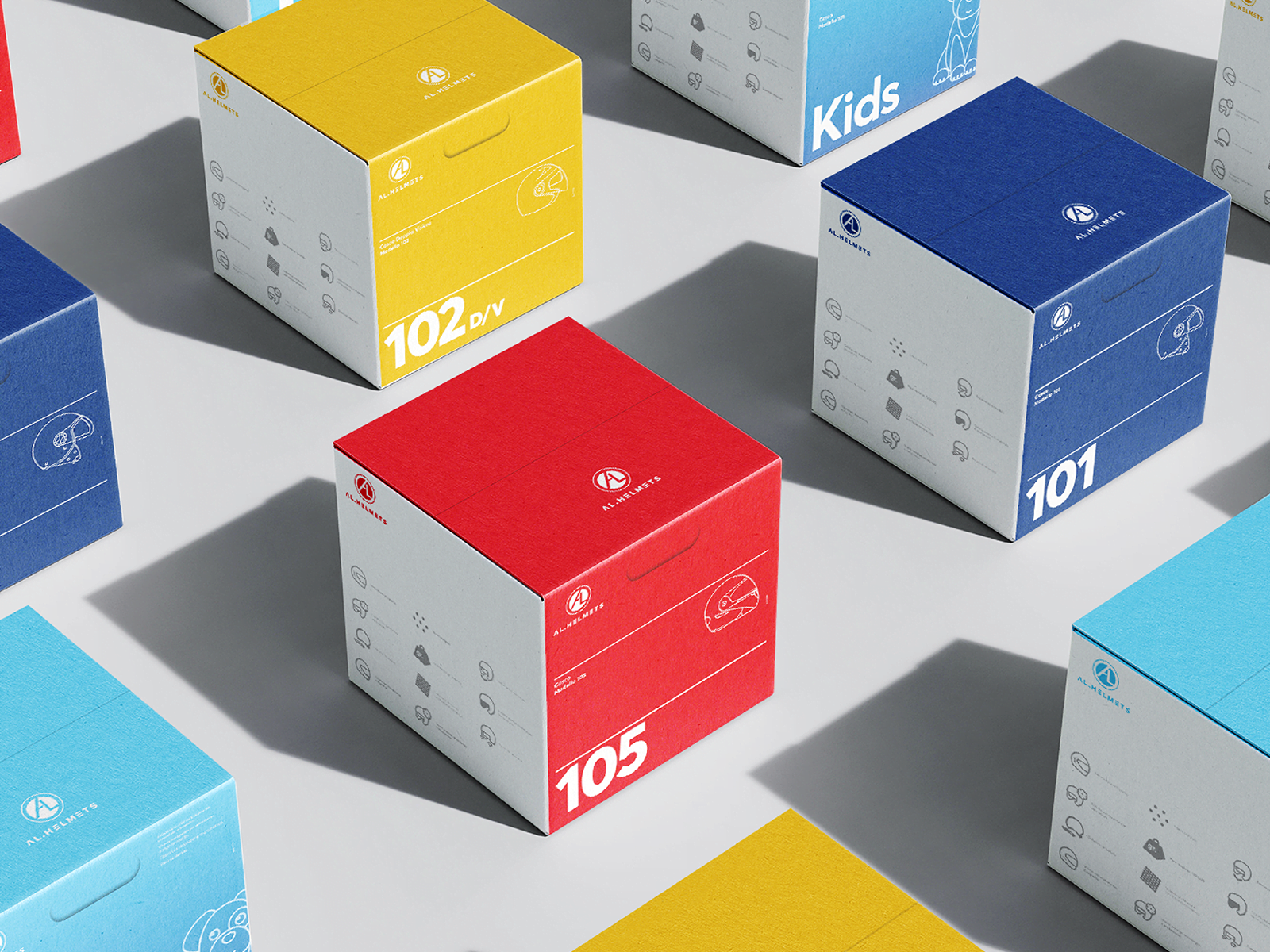 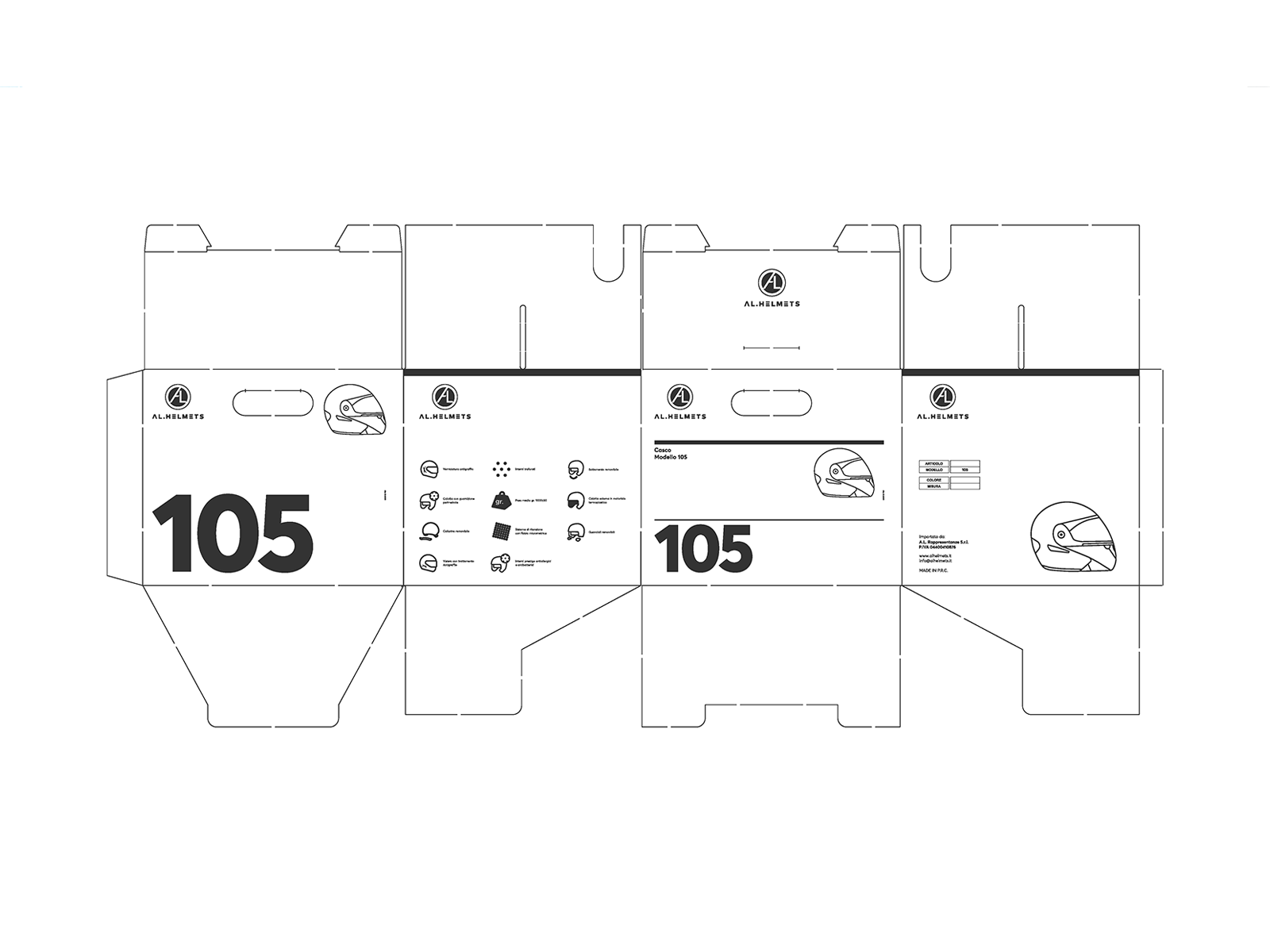