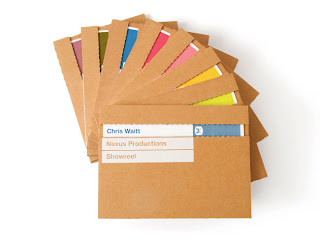 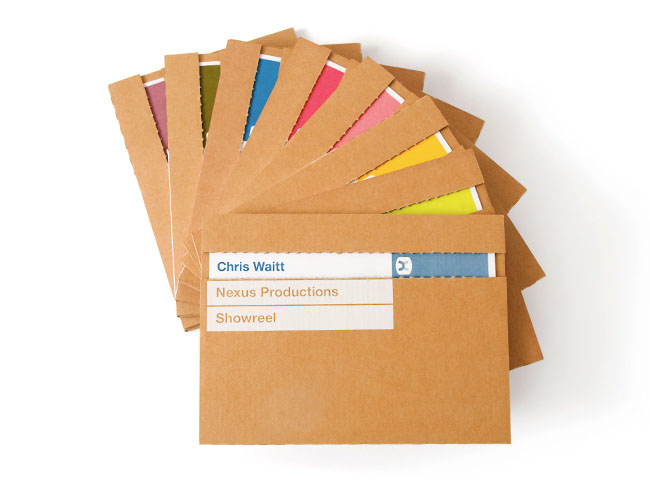 Nexus is a production company and animation studio based in London and Paris. In early 2009, they called us to study a solution for their packaging system. Nexus represents 19 directors, which means 19 different show reels are produced and sent on demand. Therefore it is not possible to measure how many discs of each director is sent over a certain period.

Until then, Nexus was using jewel boxes that brought an environmental problem they wanted to tackle. Apart from being made of plastic, the jewel cases needed an envelope to be posted, increasing the amount of materials, cost and waste. Nexus asked us to create a recyclable pack that would at the same time be the DVD box and envelope. Also, it needed to be as cost effective as the jewel cases.

So our challenges were to make something flexible and editable, environmental friendly and cheap that would sit perfectly on a client’s shelf or in the post box. We decided to use corrugated board for its lightness, resistance, flexibility and cost. What we discovered can be described as trying to make origami out of a pizza box. The result looks rather simple, but a great deal of effort was required to find solutions that would fulfil the briefing.

The only way to make these boxes cost-effective was to not print the directors’ names on them. However, they would need to be identified. Our solution was to optimise the use of the adhesive tape that seals the box: it also acts as a binding device for a booklet that is printed at Nexus. As the receiver opens the box through the tear strip, the director name is revealed on the booklet. By doing so the cover is complete when the box is opened.

We also needed to identify the boxes on the spine. Our idea was to design the address field very close to it, so the label with the receiver’s address is also printed with the director’s name. When the label is placed on the box, the director identification falls on the spine. 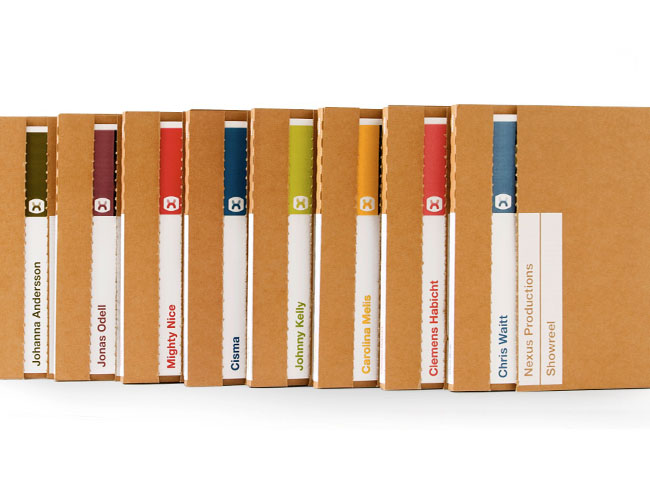 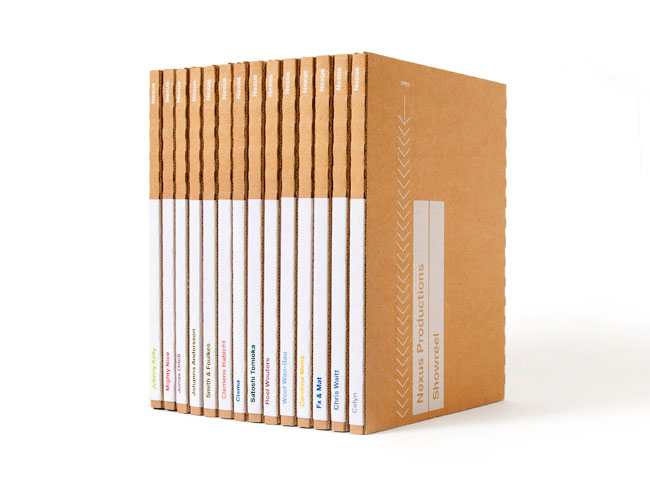 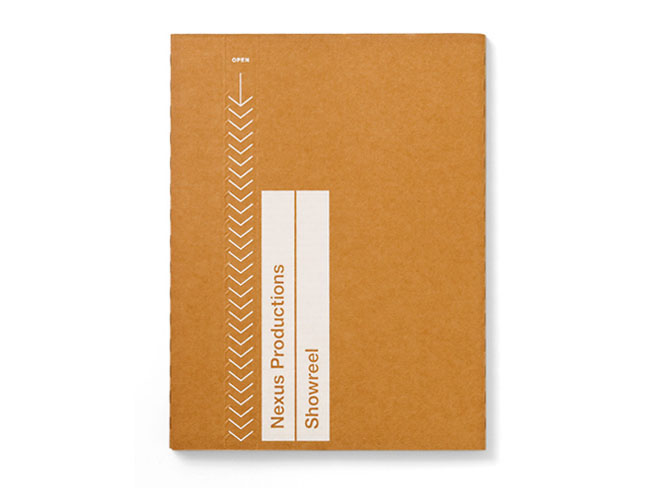 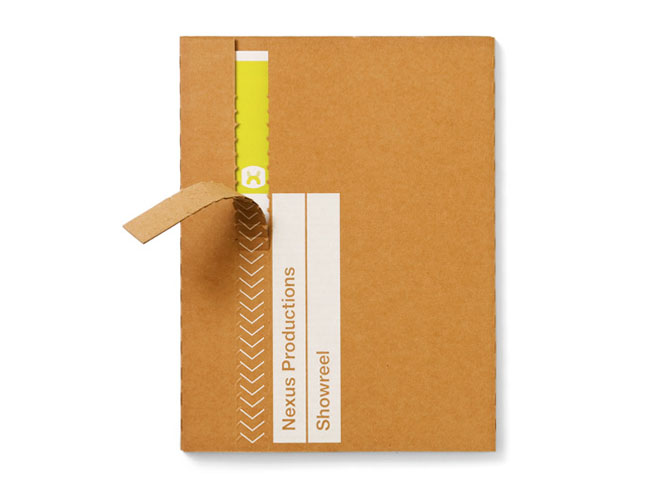 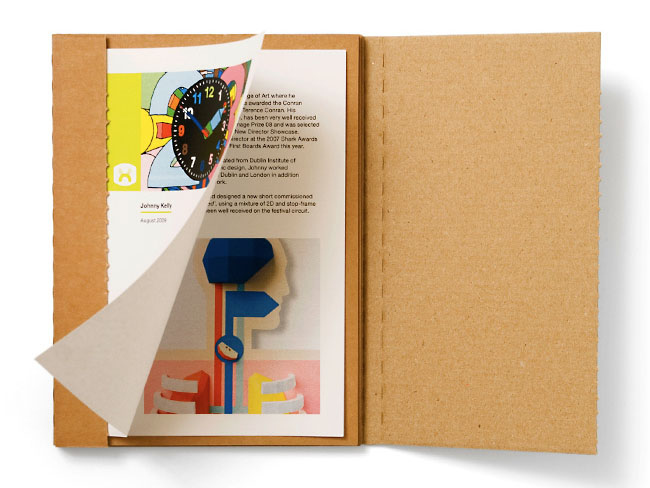 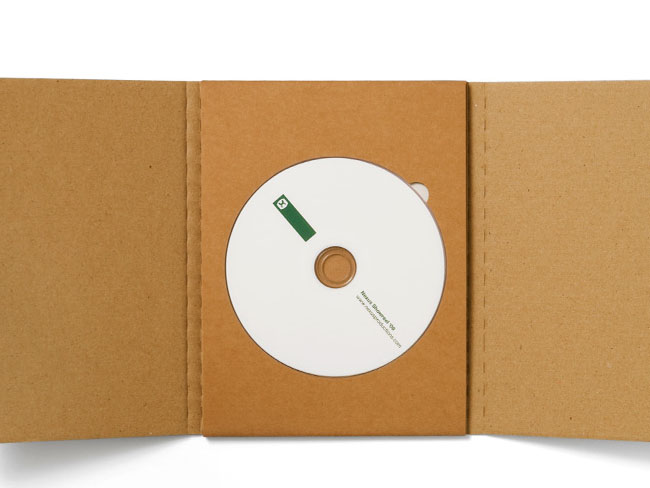 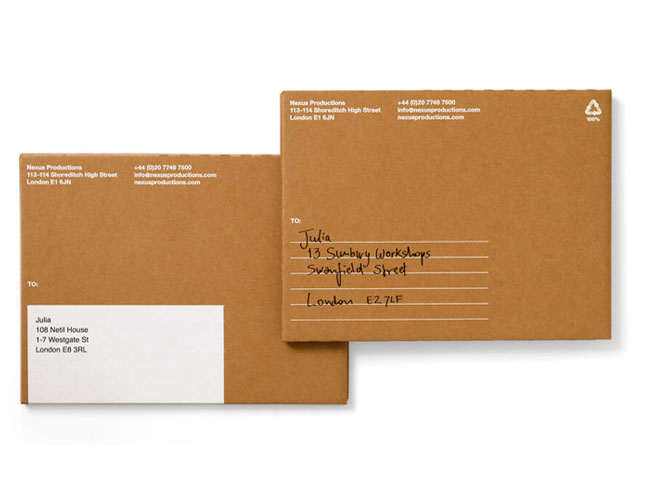 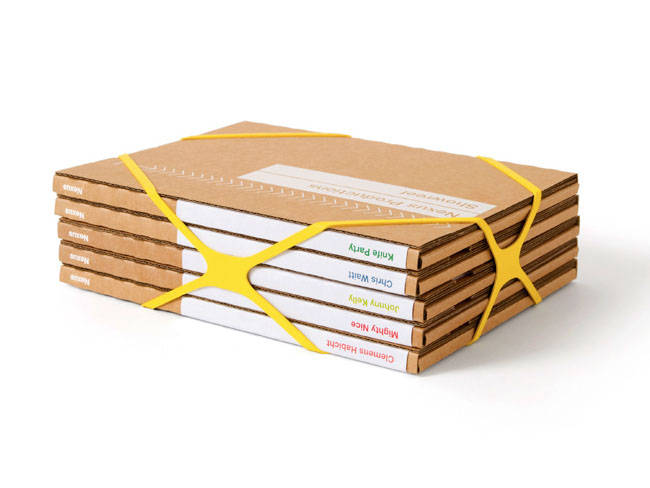