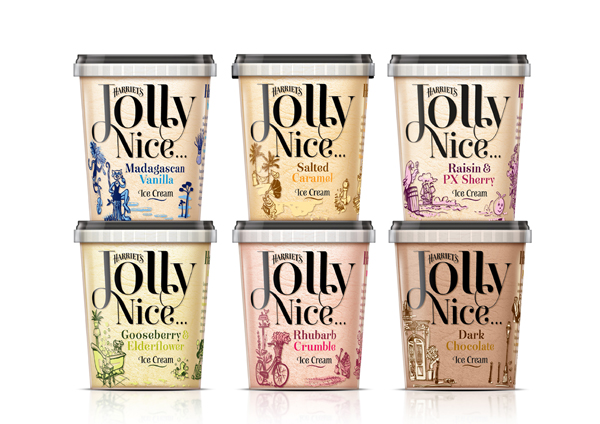 Harriet Wilson, independent Ice Cream Aficionado and entrepreneur, is famed for her delightfully delicious ice creams. Formerly under the guise of Westonbirt Ice cream – named after the astoundingly beautiful National Arboretum near her home in Gloucestershire – Harriet wanted to revisit her brand and packaging to compete with more established luxury ice cream brands.

Taxi was appointed to the project in September 2011 without a pitch and got straight to work with the brand strategy headed up by Taxi MD Brian Mansfield.

Spencer Buck, Creative Director at Taxi Studio said: “Harriet Wilson is a genius. Not only does she make what can only be described as the world’s most delicious ice cream, she also understood that without powerful packaging, she might not fulfill her ambition to become the world’s coolest ice cream brand.”

Casey Sampson, Senior Designer at Taxi Studio said: “We proposed the name ‘Jolly Nice’, because that’s what Harriet is. Her personality is built into the products, which from a branding perspective is a dream. The name led to a wonderful set of stories, one for each product, each relevant to her pursuit of perfection and deliciousness.

Lindsay Camp provided the stories; each version providing a glimpse into the world of Harriet in a delightfully witty and charming way. Every story is signed off with ‘…which was jolly nice’, creating a neat link back to the brand. Geoffrey Appleton created the beautiful illustrations that bring each story to life.

Harriet Wilson, Ice Cream Aficionado said: “Taxi Studio have surpassed our expectations – we’re over the moon – and more importantly, our existing loyal customers have been really thrilled with the new look too. We’re very excited about introducing Harriet’s Jolly Nice to the world in the coming months.” 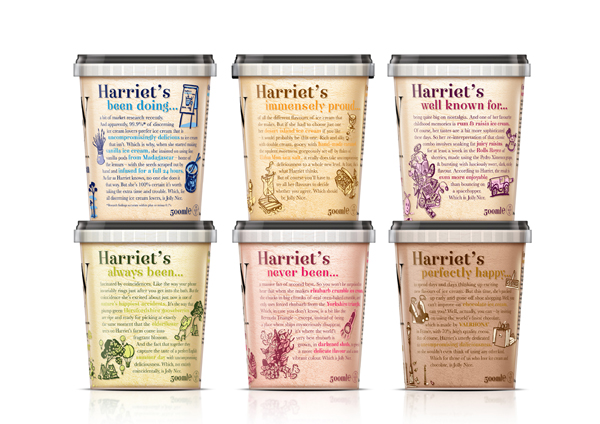 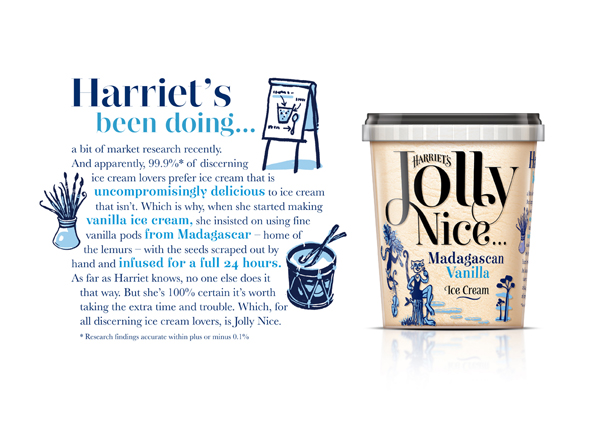 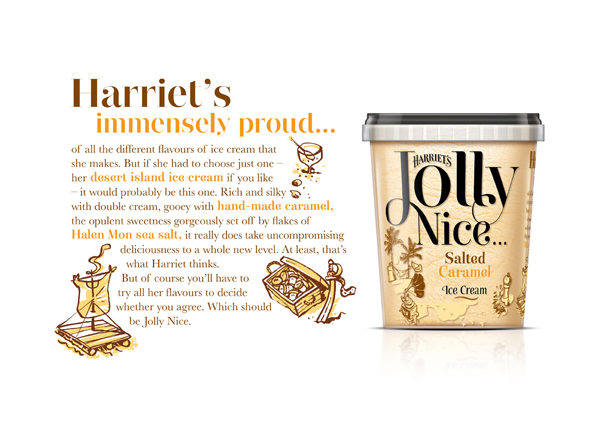 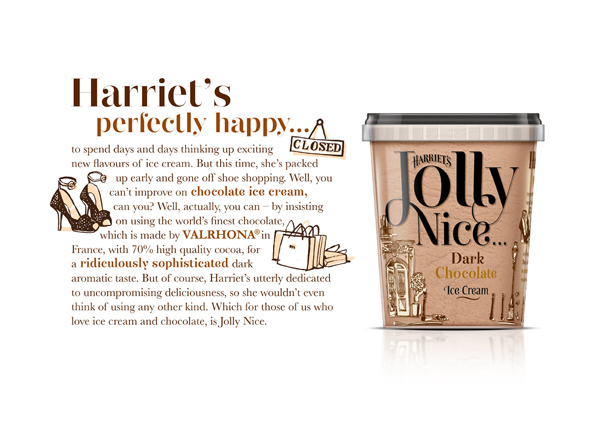 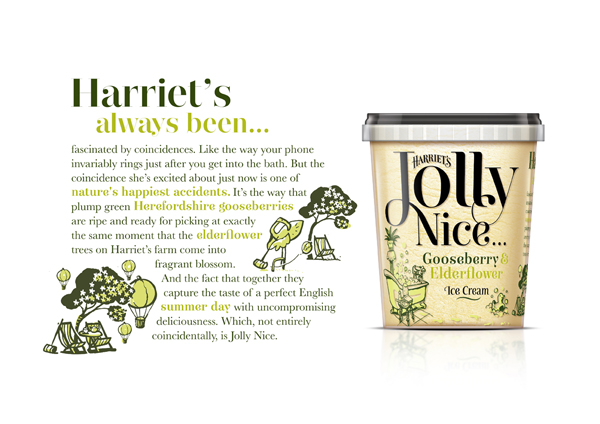 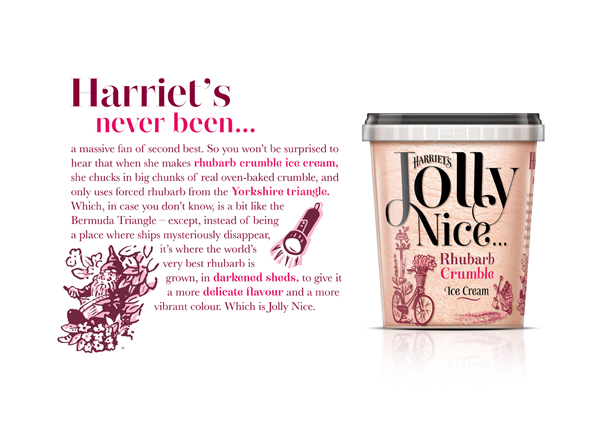 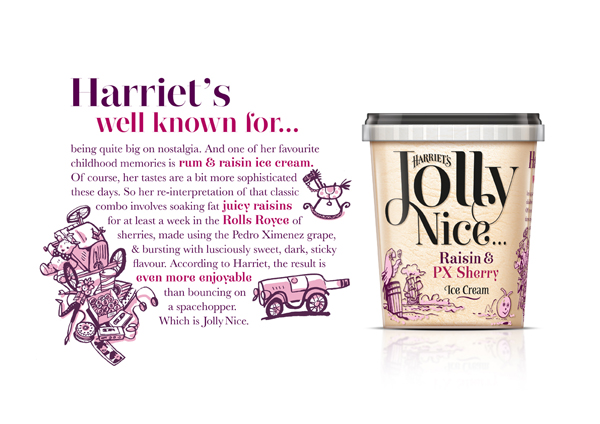 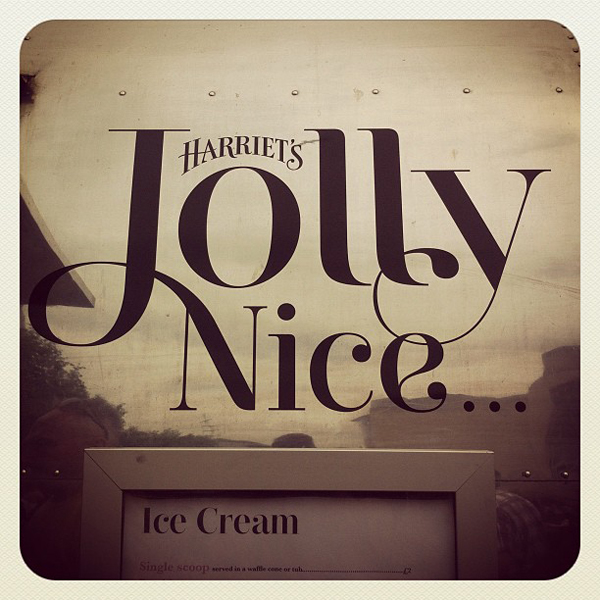 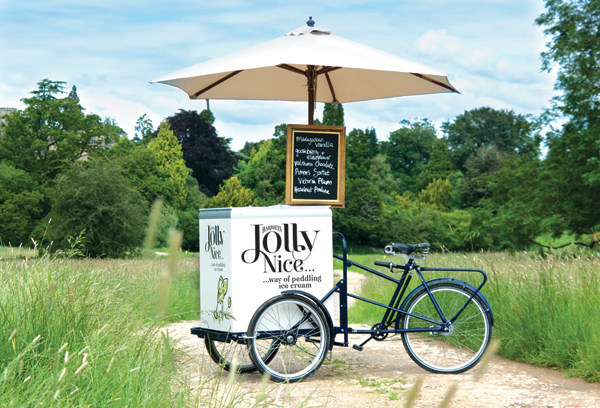 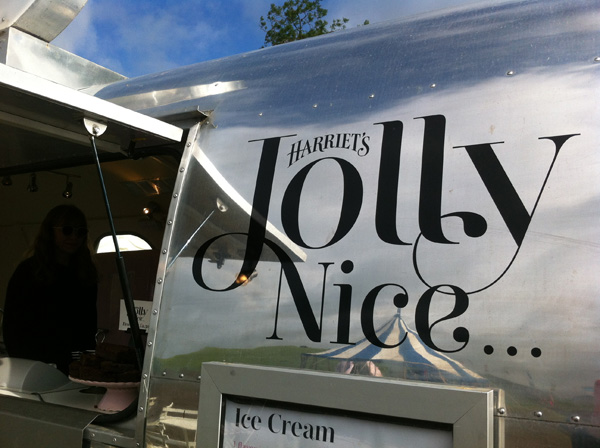