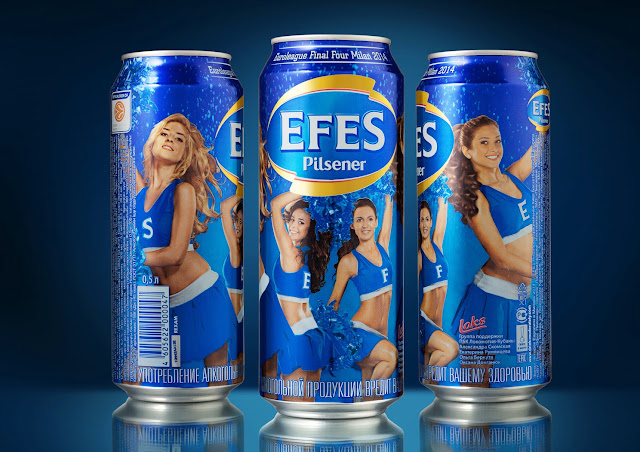 Four seasons in a row, Efes Pilsener, the official beer of Euroleague Basketball, gives basketball fans a pleasure of choosing the cheerleaders to perform at the Final Four. That’s why when it came to the new can design for Efes flagship brand timed to the Euroleague basketball season, Svoe Mnenie branding agency already knew that they need to play on the most attractive sports ground for the target audience – cheerleading!

The agency decided to organize a photoshoot of real cheerleaders, not models and chose the team of cheerleaders LOKS from Krasnodar who won the international competition held by the Efes company. Then consumers were able to vote via Internet for the girls they want to see on the new can.

When the girls were chosen and the design finalized there remained uneasy prepress work: everyone who has ever come across printing people on the aluminum can knows how difficult it is to make them look real. It requires a lot of print tests and patience.

Then new Efes Pilsener was printed at the Rexam factory and has become the first can with the most realistic people printed in 8 colors in Russia. 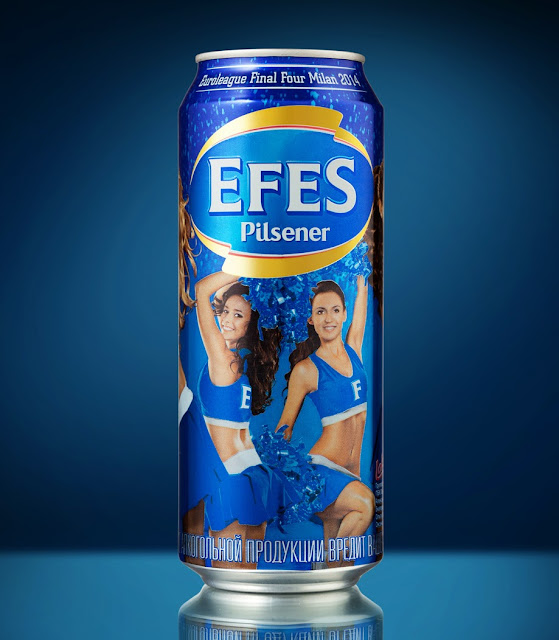